In 2004, Snøhetta was commissioned to design the only building on the memorial plaza. Snøhetta’s design approach has always been characterized by an exploration of context. The WTC Memorial site carries with it both the power of its history and a new hope for the future. It is a place that conveys the memories and dreams of people around the world who are affected by its presence without forgetting its intimate connection to the people of New York. 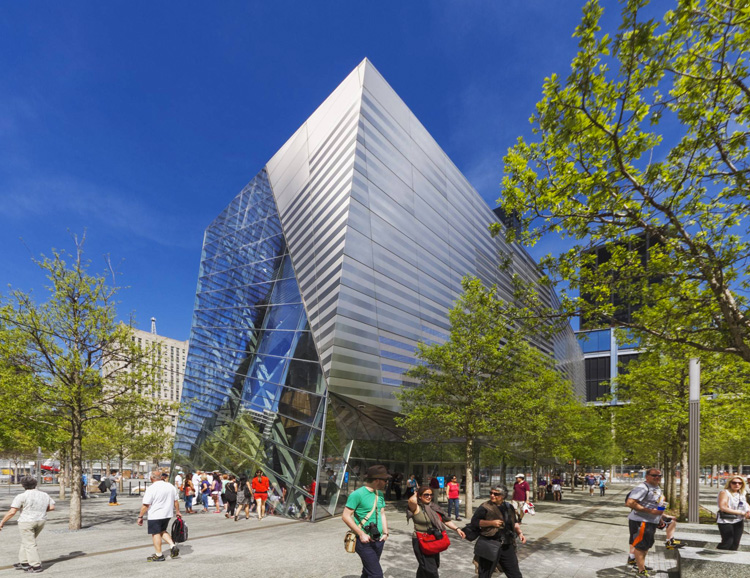 With its low, horizontal form and its uplifting geometry the Pavilion acts as a bridge between two worlds – between the Memorial and the Museum, the above and below ground, the light and dark, between collective and individual experiences. Inclined, reflective and transparent surfaces encourage people to walk up close, touch and gaze into the building. 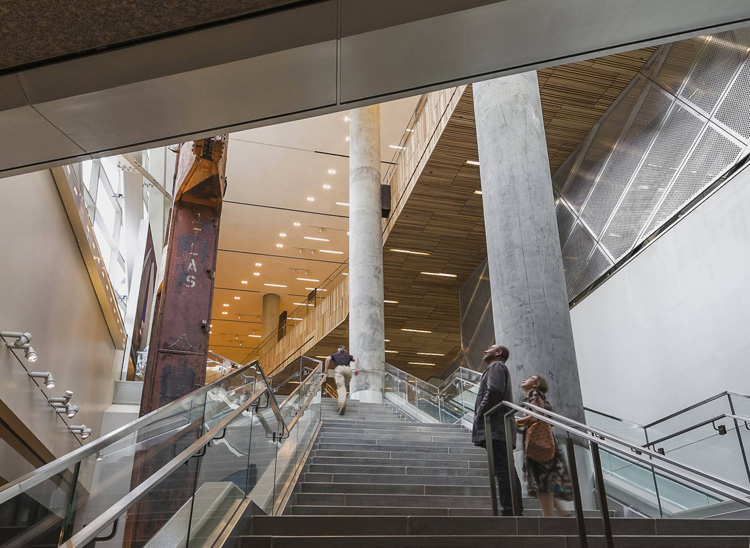 Within the atrium stand two structural columns rescued from the original towers. Although removed from their former location and function, they mark the site with their own original aesthetic gesture. 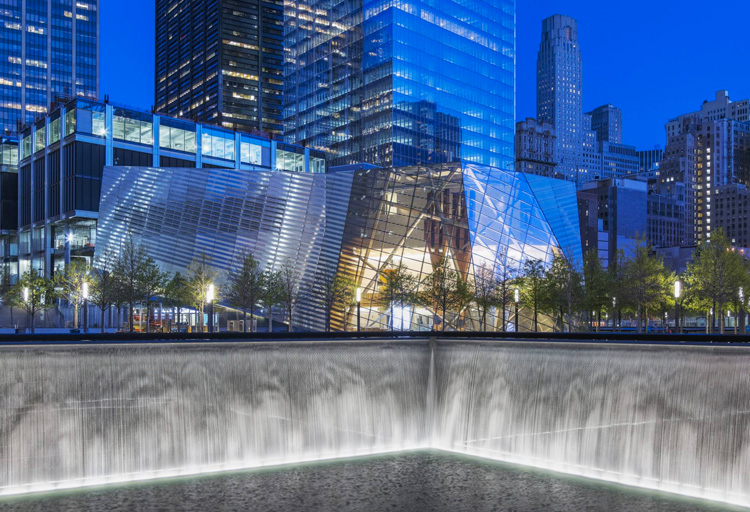 Once inside, visitors look out through the Pavilion’s atrium to see others peer in, and begin a physical and mental transition in the journey from above to below ground.

The flat plane of the Memorial Plaza is pierced by the glass Atrium of the Pavilion, which allows visitors to enter the below-grade Museum and bring with them sunlight from above. 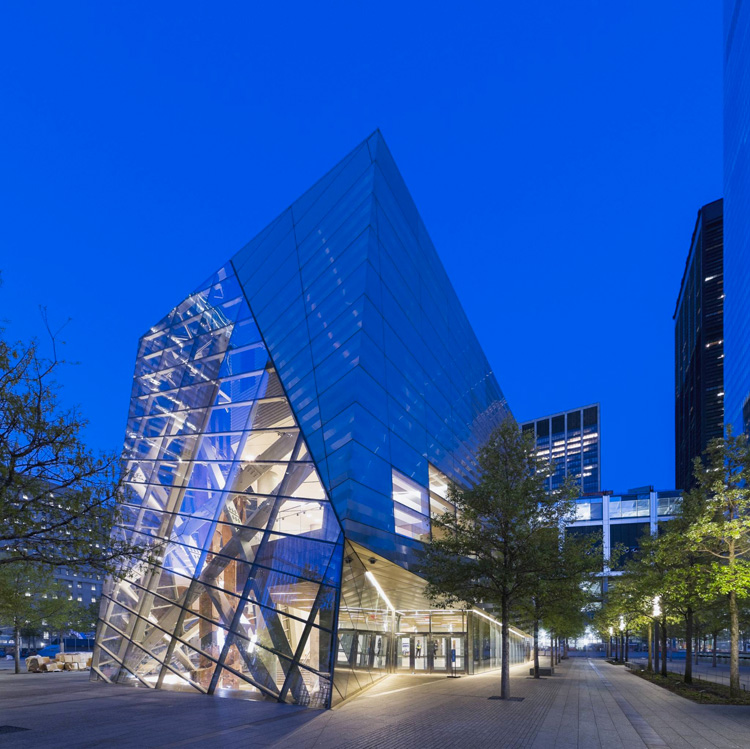 The alternating reflective treatment of the façade will mirror the changing seasons, revealing the Pavilion’s differing qualities throughout the year. The National September 11 Memorial Museum and Pavilion opens to the public on 21 May. 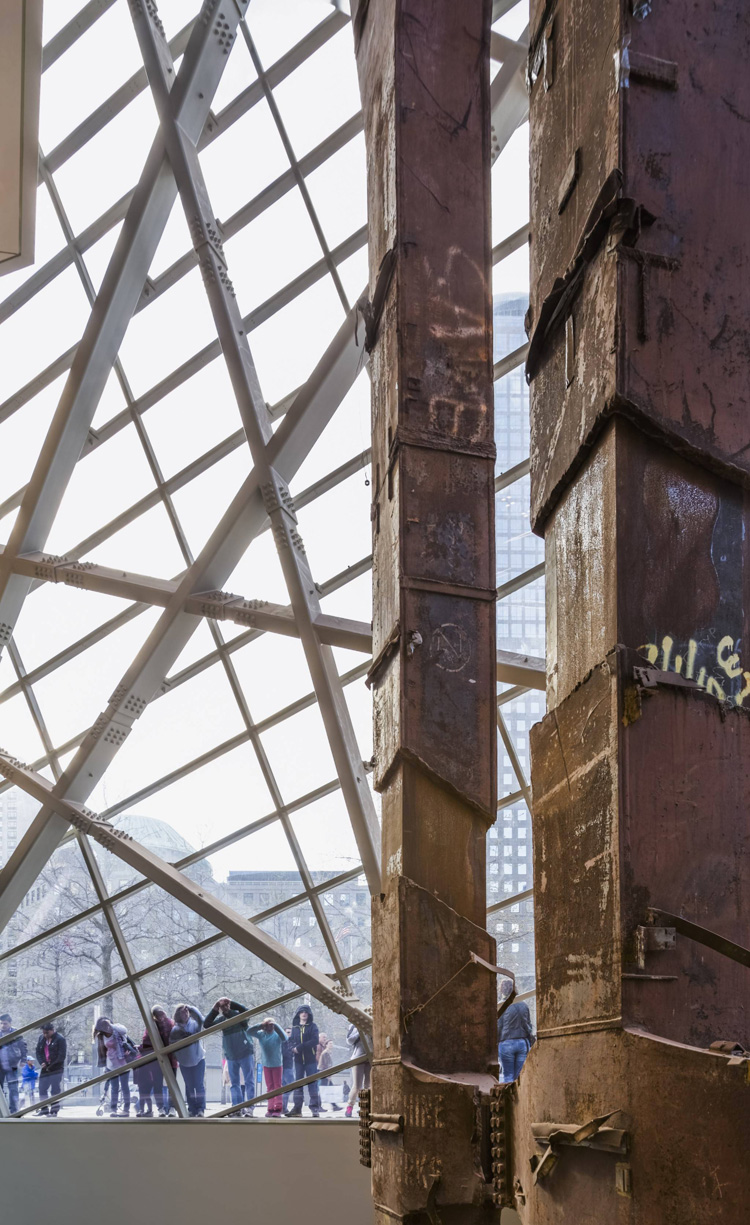 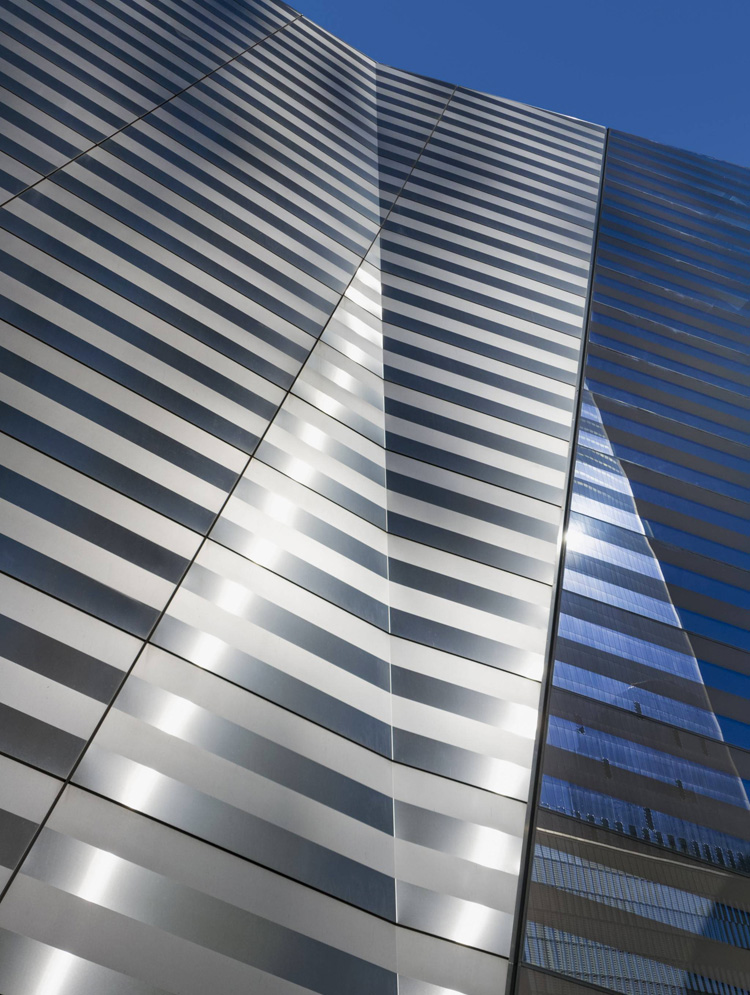 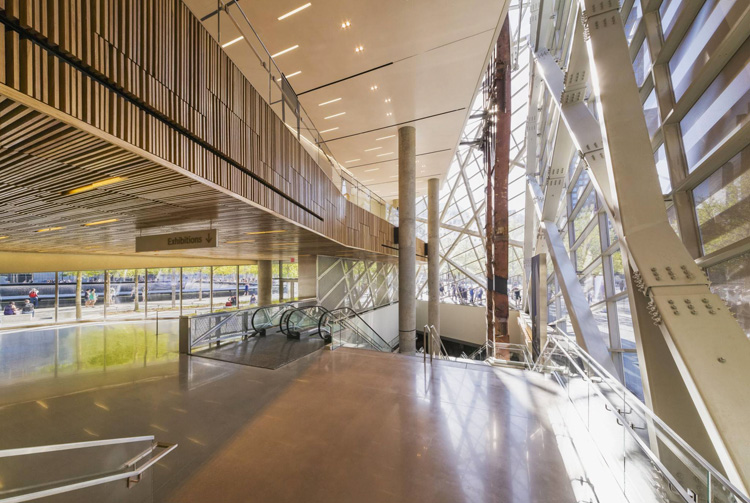 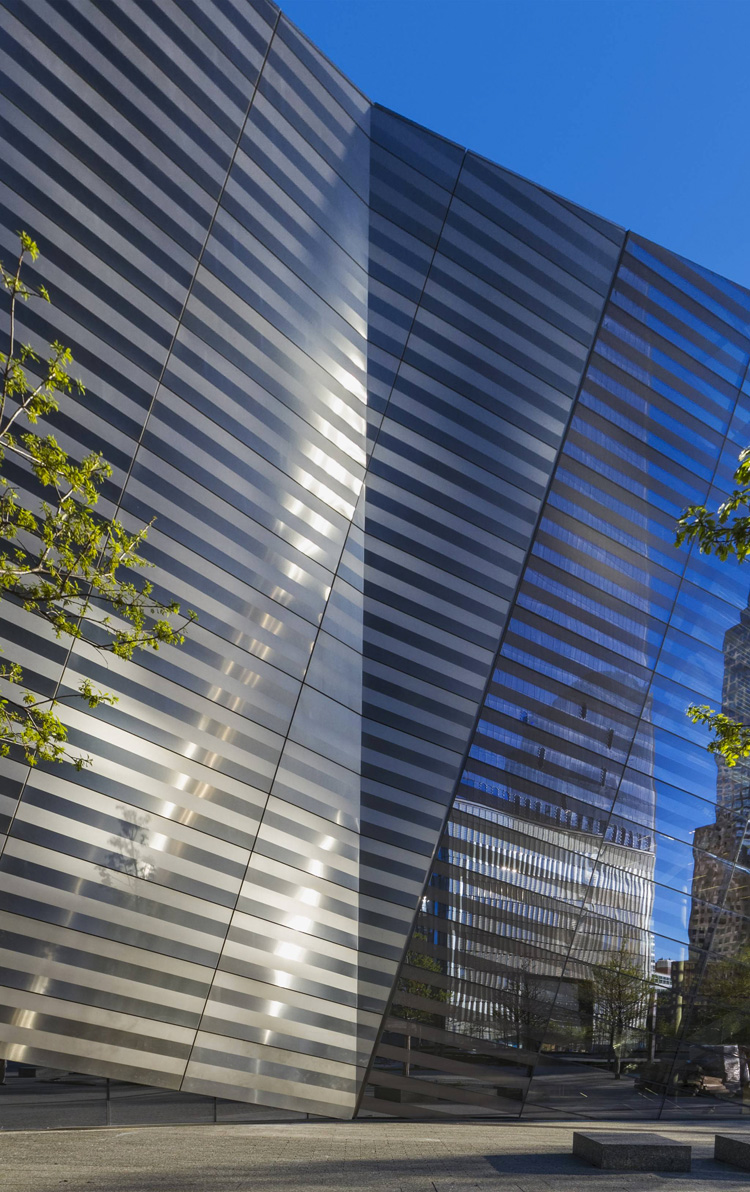