Swedish architect Karin Matz has recently renovated the interior of this space used as a storage unit for 30 years, for herself. When the apartment on Heleneborgsgatan in Stockholm, Sweden was for sale in 2012 it had been used as furniture storage for a long time. The previous owner had begun a renovation in the 1980s but fell ill and the apartment was left untouched until his death. 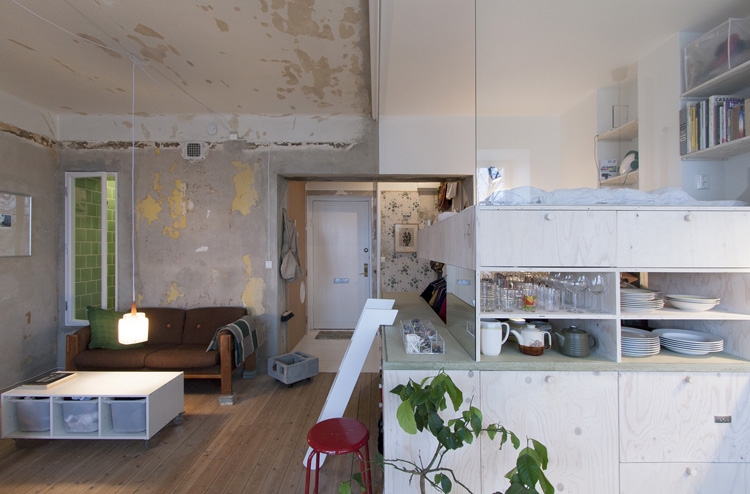 Time had been frozen; wallpaper was half removed, only a few tiles and a kitchen faucet were sticking out of a wall, there was no electricity and a bathroom only with signs of rats as inhabitants. In a city like Stockholm with an enormous housing shortage and with every square meter increasing in price by the minute, this story was somehow impossible to understand and resist. 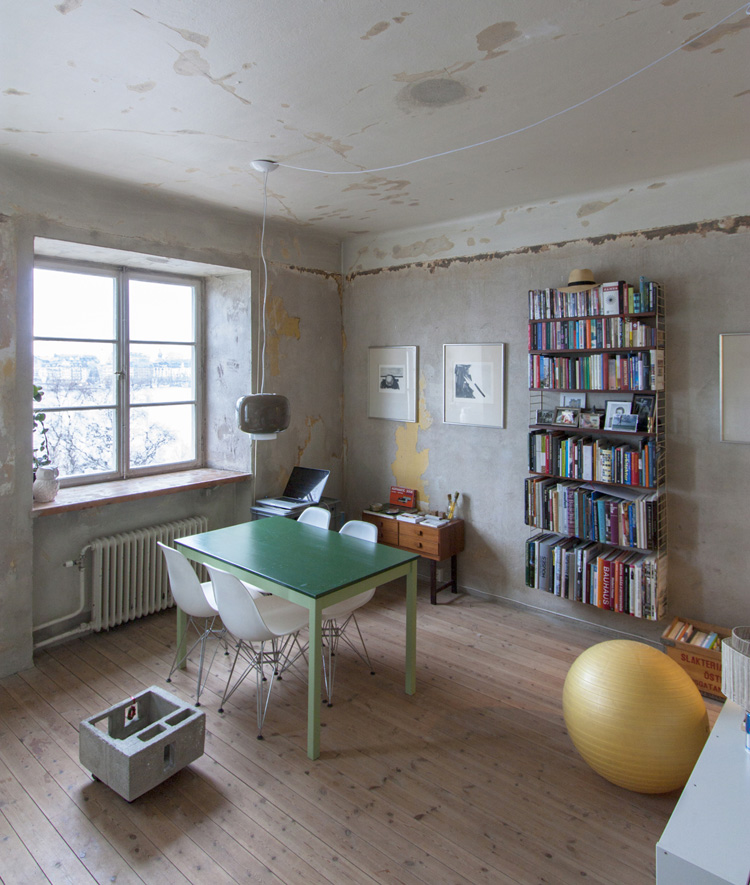 The finished apartment is a result of a fascination for this; a try to let the previous layers and stories of a space live on and at the same time fill the requirements for the new story that will take place.

The apartment is 36sqm and the goal was to fit everything desired by the occupant. In this case: generous spaces, airy sensation, walk in closet, all appliances for everyday life, a large luxury shower / bath, different possibilities of movement, a space which could be divided when wanted. Finally it had to be light and inexpensive. 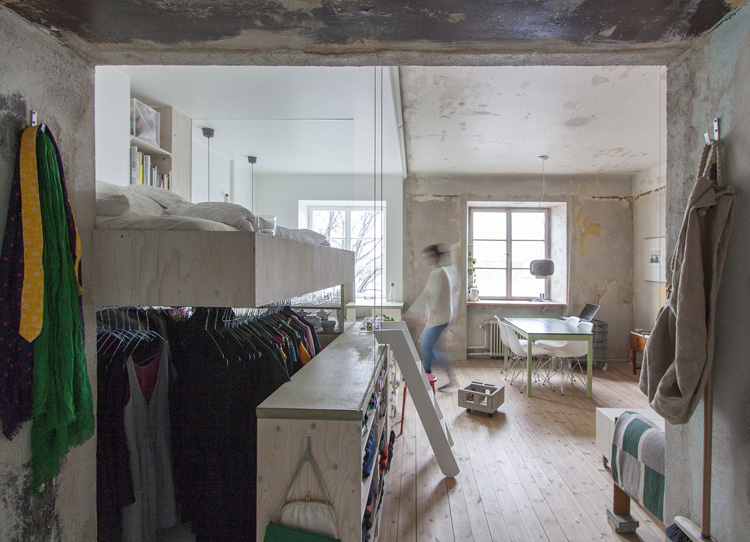 The result is an apartment divided in two parts. One where everything is part of one structure, which is based on the Ikea kitchen units. Everything in this part is completely redone with electricity inside the walls and with all surfaces painted white in order to bring in and reflect light. Here all the functions are squeezed in on top of, in-between, under and inside each other. Bedroom, kitchen, wardrobe and storage are all one. 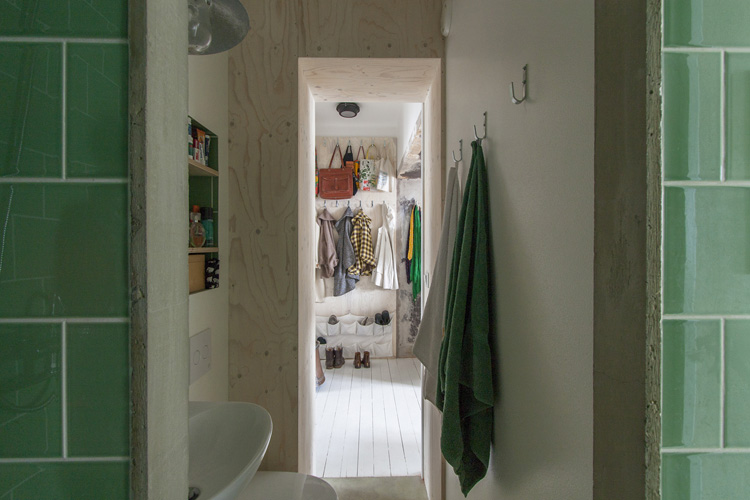 The second part is left with things free-standing with all surfaces more or less as they have been for the last 20 years. The holes in the walls have been filled in, loose wallpaper and paint taken down and electrical cables and outlets have been added running on the outside of the walls. The bathroom becomes the connection between the two parts. 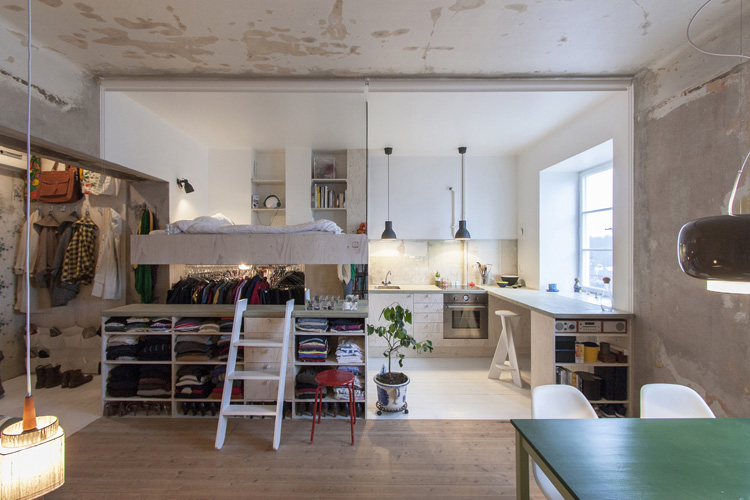 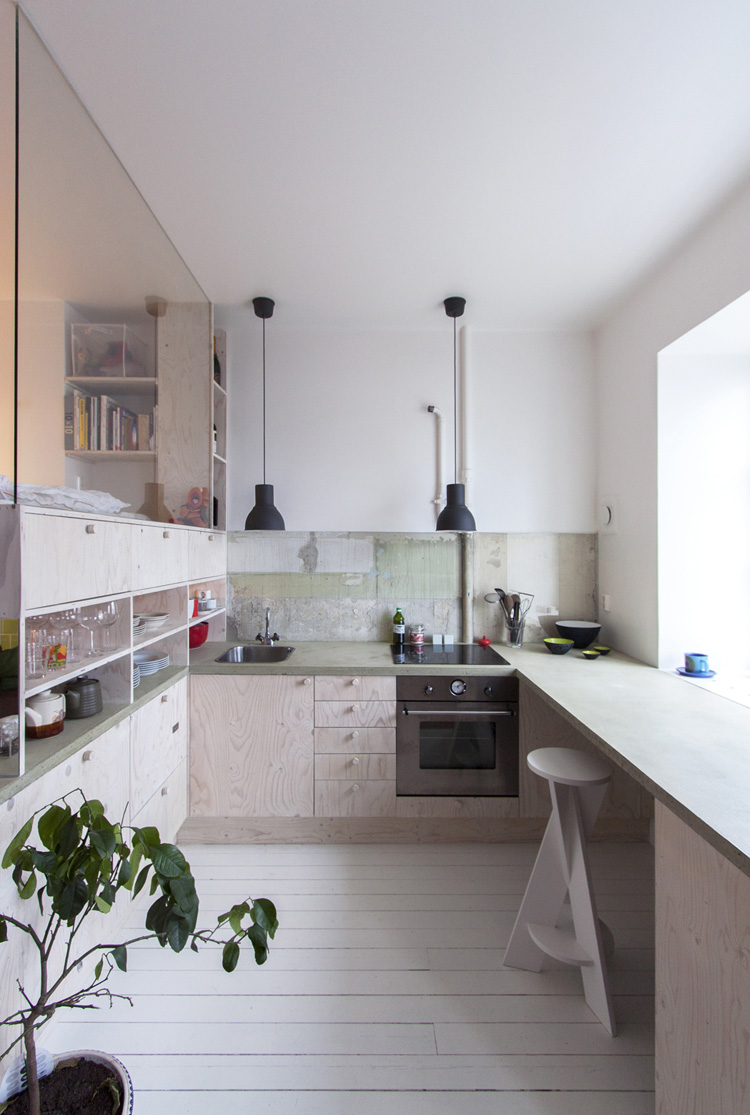