New York-based firm StudioLAB have recently completed the refurbishment of a full floor loft in Tribeca for a young couple with three small children. The existing apartment was plagued with awkward spaces, limited natural light and an outdated decor. It was also lacking the required third child’s bedroom desperately needed for their newly expanded family. 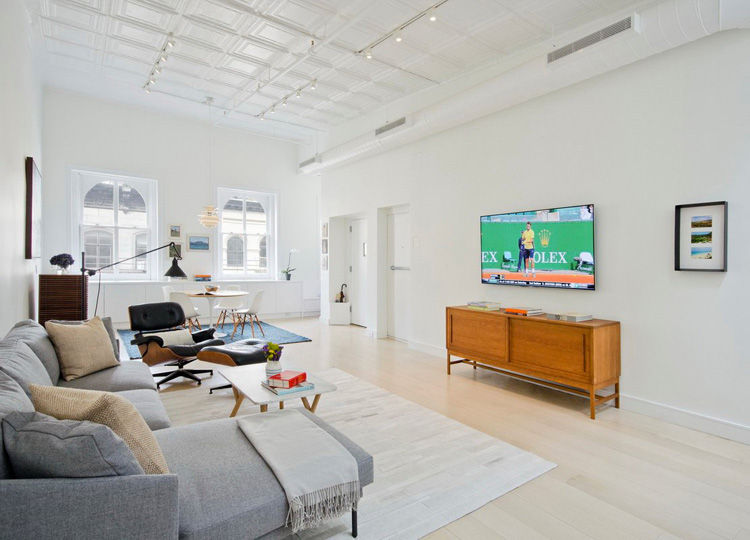 StudioLAB aimed for a fluid open-plan layout in the larger public spaces while creating smaller, tighter quarters in the rear private spaces to satisfy the family’s programmatic wishes. 3 small children’s bedrooms were carved out the rear lower level connected by a communal playroom and a shared kid’s bathroom. 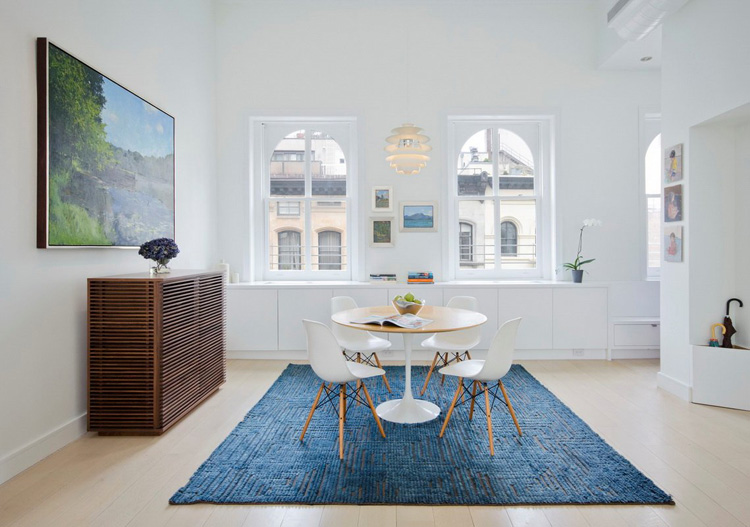 Upstairs, the master bedroom and master bathroom float above the kid’s rooms on a mezzanine accessed by a newly built staircase. Ample new storage was built underneath the staircase as an extension of the open kitchen and dining areas. A custom pull out drawer containing the food and water bowls was installed for the family’s two dogs to be hidden away out of site when not in use. 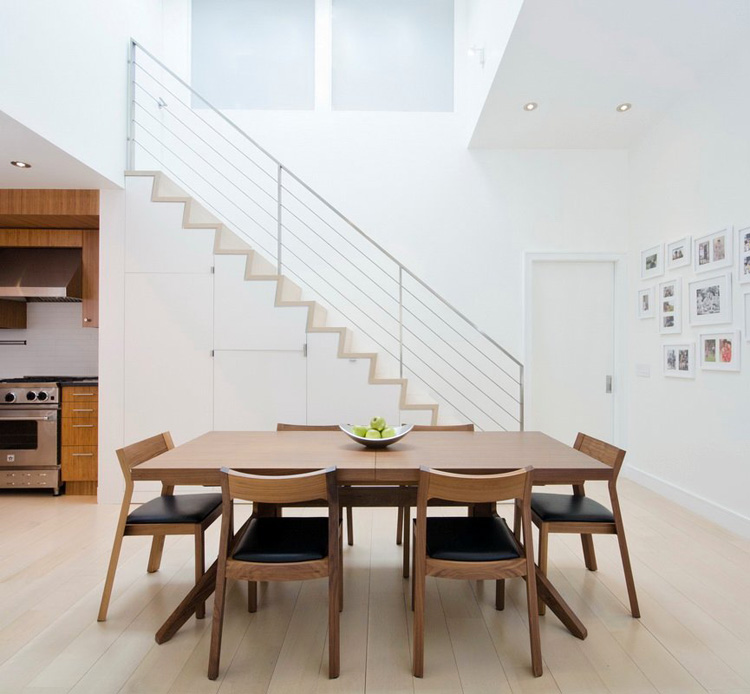 All wall surfaces, existing and new, were limited to a bright but warm white finish to create a seamless integration in the ceiling and wall structures allowing the spatial progression of the space and sculptural quality of the midcentury modern furniture pieces and colorful original artwork, painted by the wife’s brother, to enchance the space. 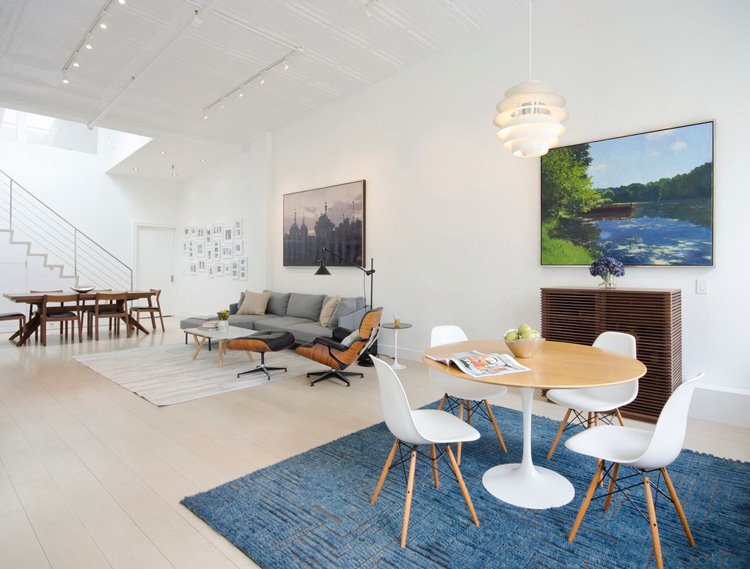 The existing tin ceiling was left in the living room to maximize ceiling heights and remain a reminder of the historical details of the original construction. A new central AC system was added with an exposed cylindrical duct running along the living room wall. A small office nook was built next to the elevator tucked away to tbe out of site. 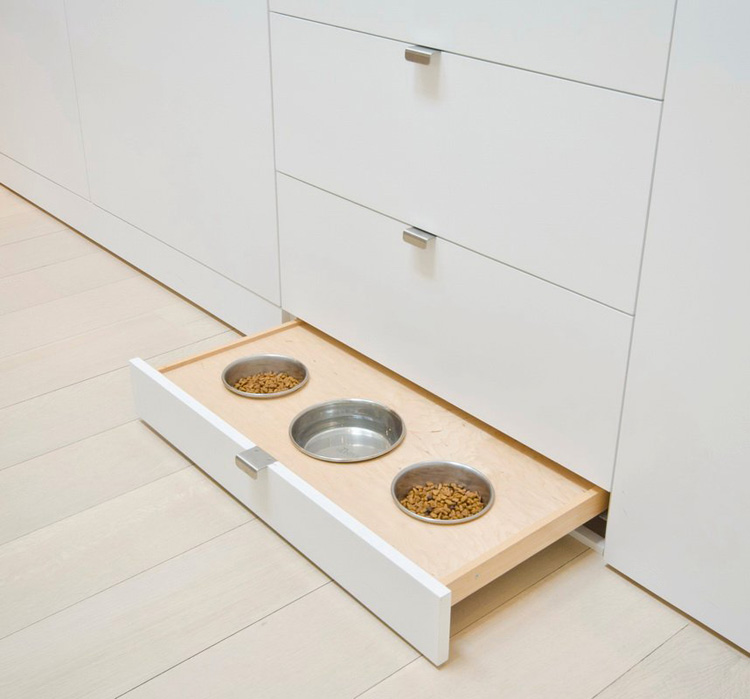 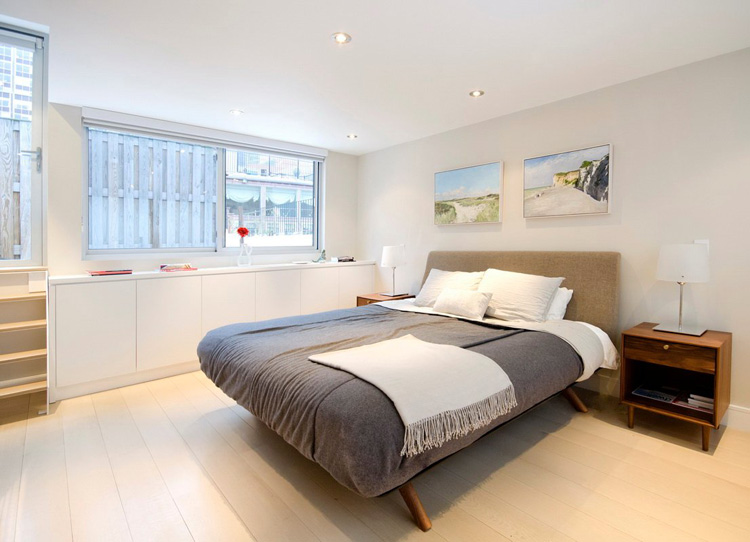 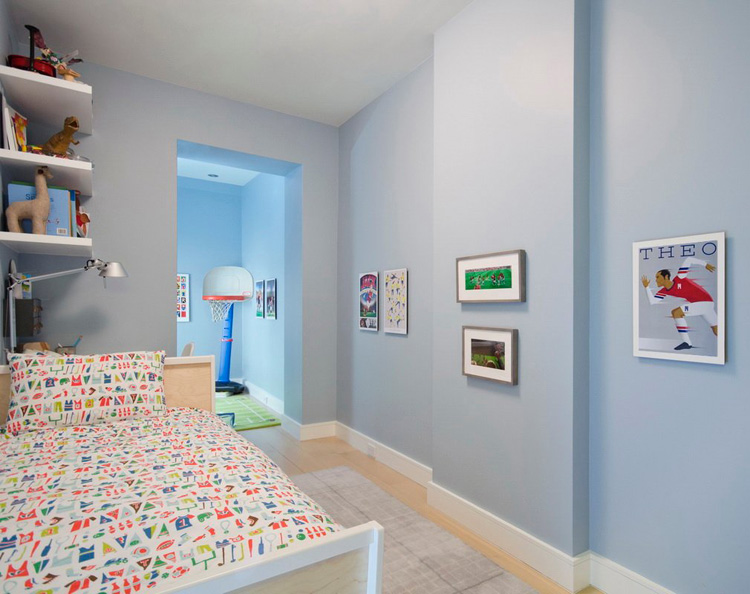 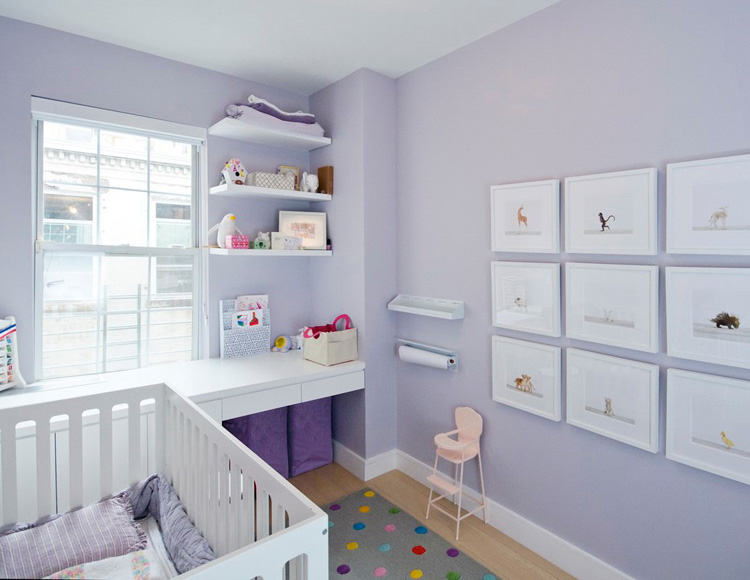 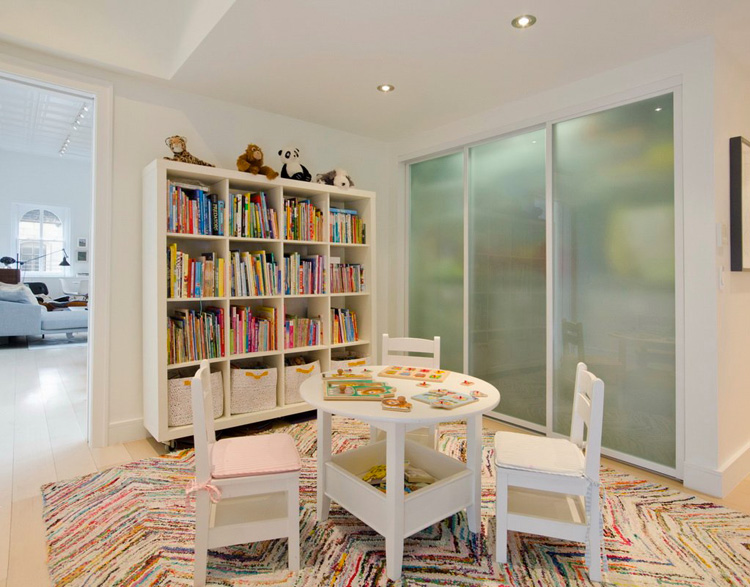 all images courtesy of STUDIOLAB