London-based practice Studio Octopi has restored a 1,000-seat amphitheater at Bradfield College for its annual productions of ancient Greek theatre. Studio Octopi’s commission was to recover a lost landscape. Forming a new entrance to the theatre was key and this naturally informed the journey there on in. Set out over the ruins of the previous entrance stair, the new Agora commands spectacular views over the auditorium. 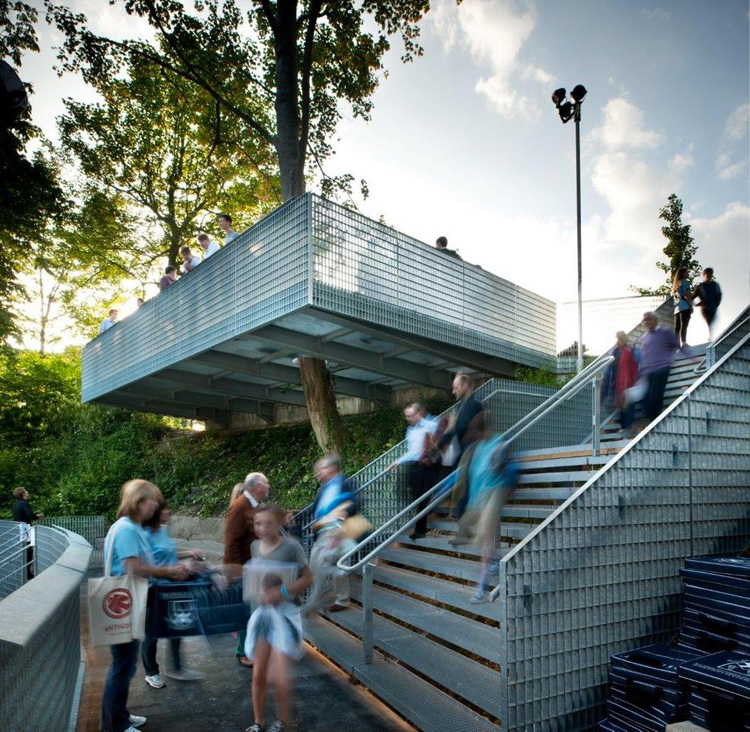 Leading off the the granite terrace with the donors names engraved into it, a glavanised metal deck cantilevers out 6m over the terraces below. Punctuating the deck is one of the most elegant trees within the site. Tall and graceful its presence signals the determination to keep nature at the forefront of the architectural proposals. 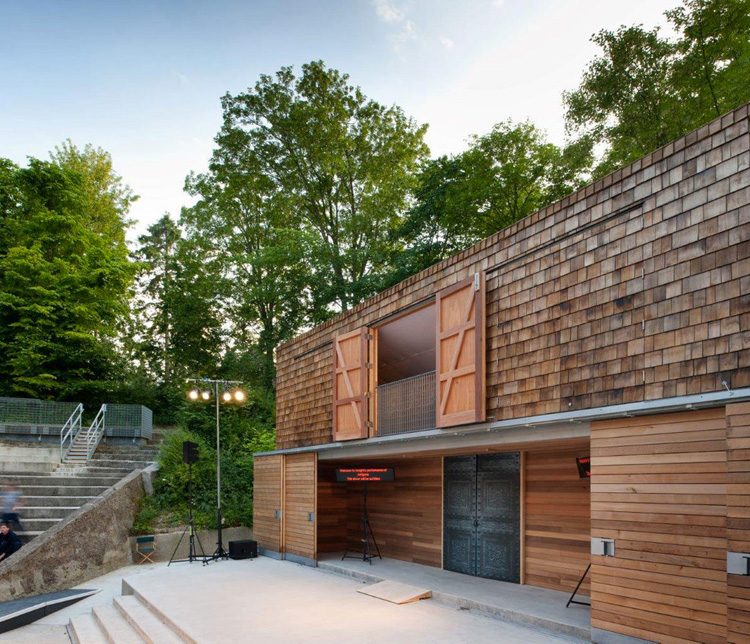 Descending into the theatre the Grand Staircase effortlessly glides over the chalk cutting below. As with all new stairs in the theatre, each tread is lit from a linear LED mounted to the underside of the tread above. At dusk the LEDs provide a spectacular floating stair suspended over the chalk and undergrowth below. 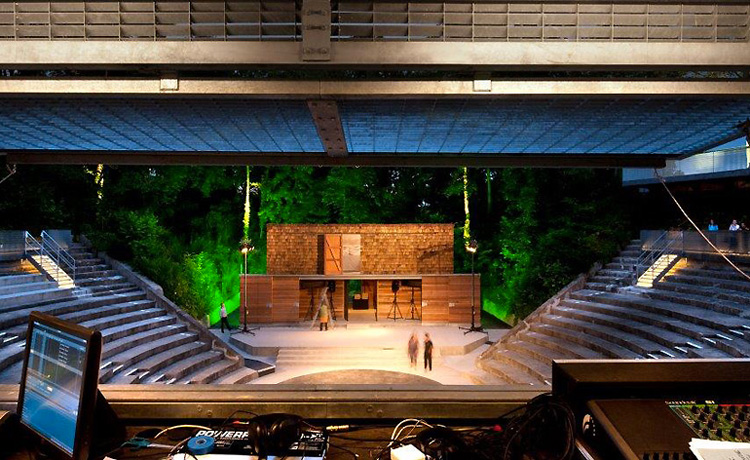 The black pigmented concrete Walkway that runs the around the perimeter of the theatre is cast over the original upper three terraces. The Walkway provides improved circulation and duct to run electrical services without disrupting the original terraces. 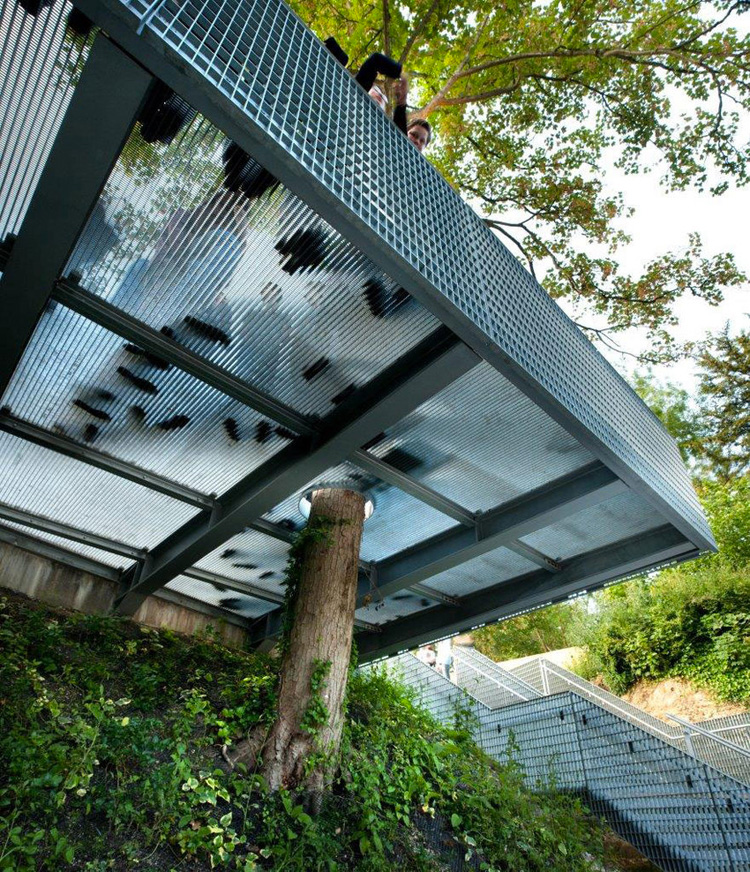 Half way along the Walkway, centred to the Skene is the Control Hut. From here the permanent house lighting and temporary performance lighting is controlled. The Hut is constructed entirely from galvanised louvered panels and cantilevered from the Walkway. 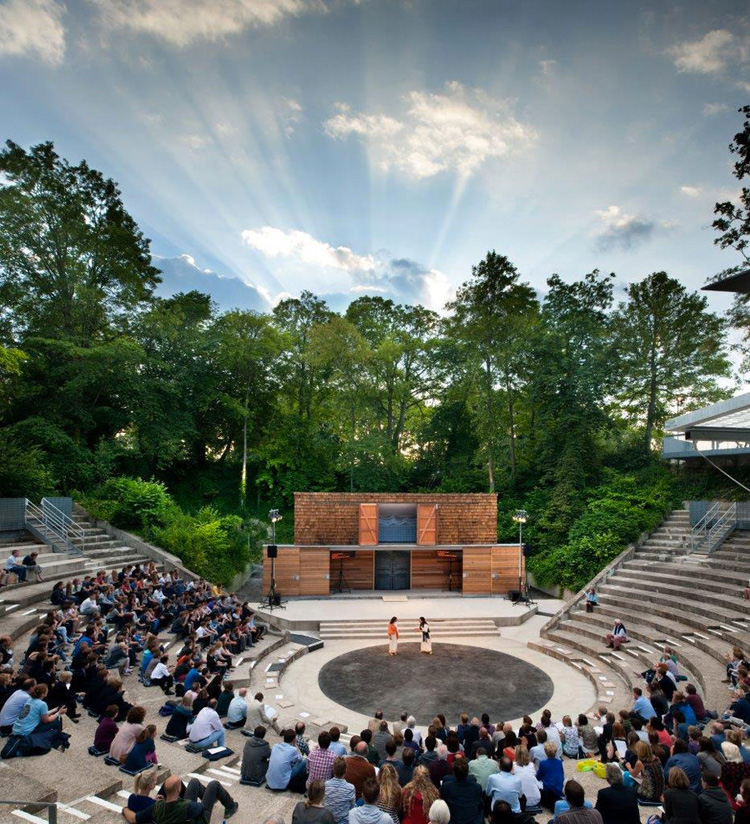 The Bradfield Greek Theatre continues to feel part of a larger English garden, wild and intoxicating. At the height of summer, approaching dusk, the theatre takes on a truly unique appearance; the overhead sky is viewed through the natural oculus formed by the enclosing trees. As the light drops the theatre lights take over, and the magic of outdoor performance is alive. 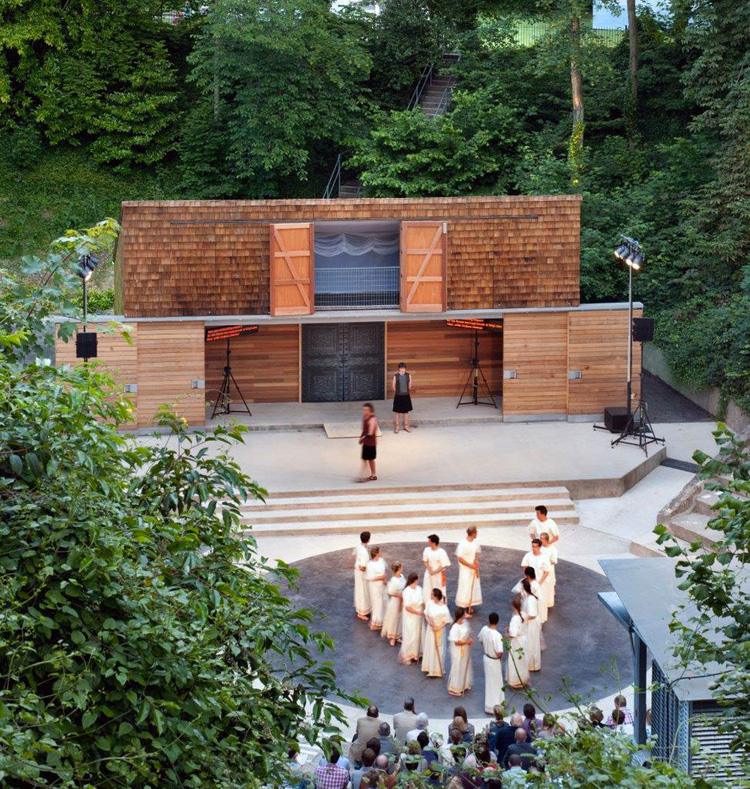 Within the theatre, seating is maintained as open democratic terraces common to Greek theatres. The new skene is a timber framed structure clad in shingles. The backdrop to the newly raised stage is composed of hardwood timber louvres, some of which are removable, allowing a flexible backdrop for the various uses of the theatre. 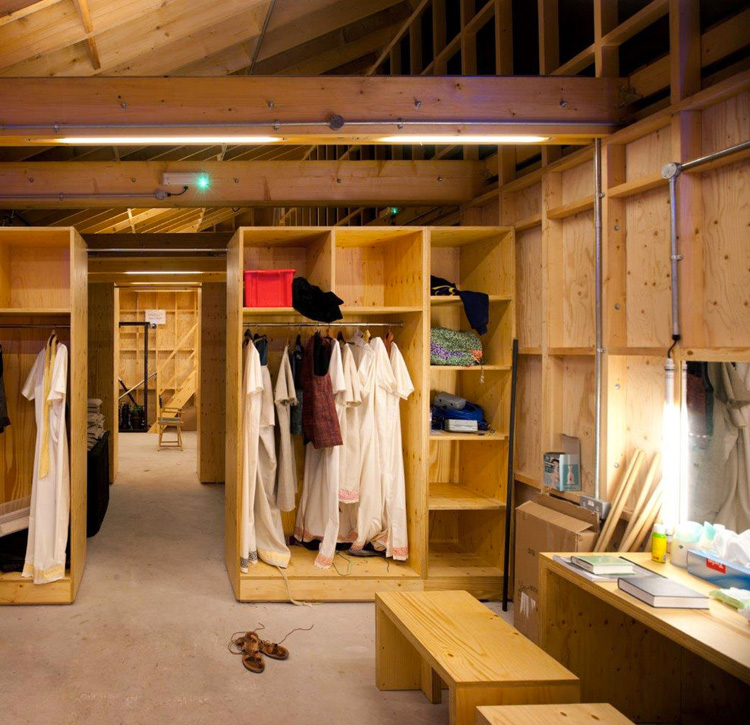