To commemorate the centenary of the First World War, Foster + Partners unveiled the First World War galleries at London’s Imperial War Museum. These new public spaces represent the first phase of a long-term redevelopment project, which will improve access and circulation through the Museum, open the interiors to daylight and views, and create new connections with the surrounding park. 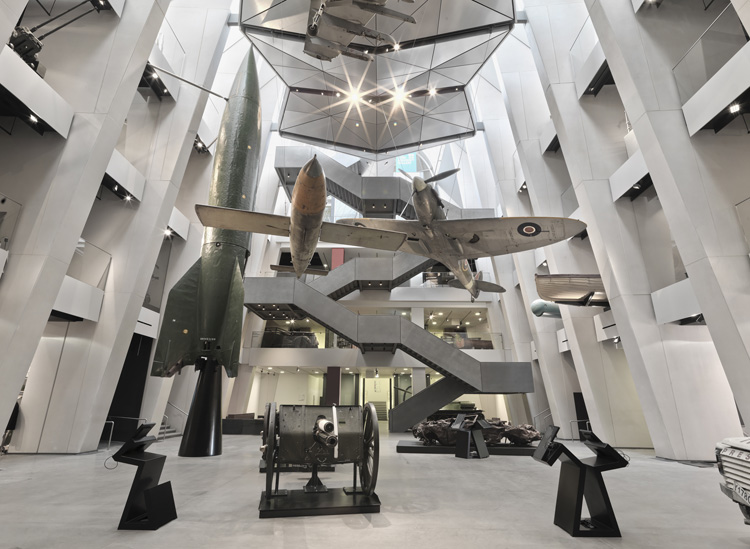 The heart of the building is a generous new atrium, which provides a dramatic space in which to view the largest objects from the Museum’s collection. The relationship between these exhibits and the surrounding galleries has been completely redefined – the Harrier jet, Spitfire, V2 rocket and other iconic objects are suspended to correspond with the gallery displays on each of the floors for the first time. 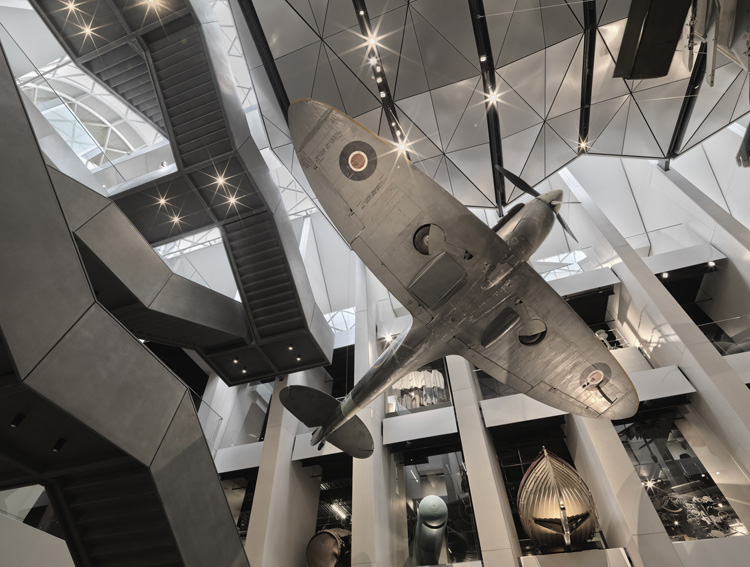 Viewed from the upper levels, the aircraft are framed by a series of large-scale concrete fins. These fins line the atrium and widen as they rise to provide structural support for the aircraft, extended gallery floors and barrel vaulted roof. Terraces between the fins open up visual connections vertically and across the central space, and a new gallery floor suspended beneath the dome of the roof protects the exhibits from direct sunlight. The galleries have been completely reconfigured, with a new chronological arrangement designed to be more intuitive. 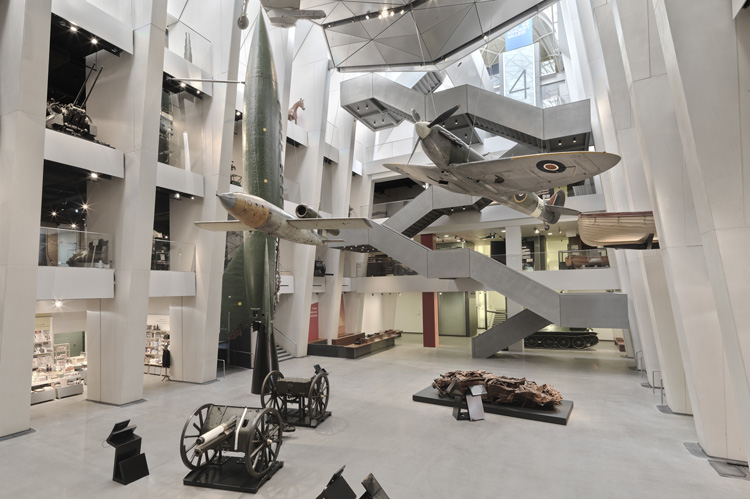 Rather than encroaching on the exhibition space, the café and shop have now been relocated to the new, lower entrance level at ground floor. The previously sealed ground floor windows along the western façade have been opened up to allow views into the museum, as well as views of the park from the atrium. 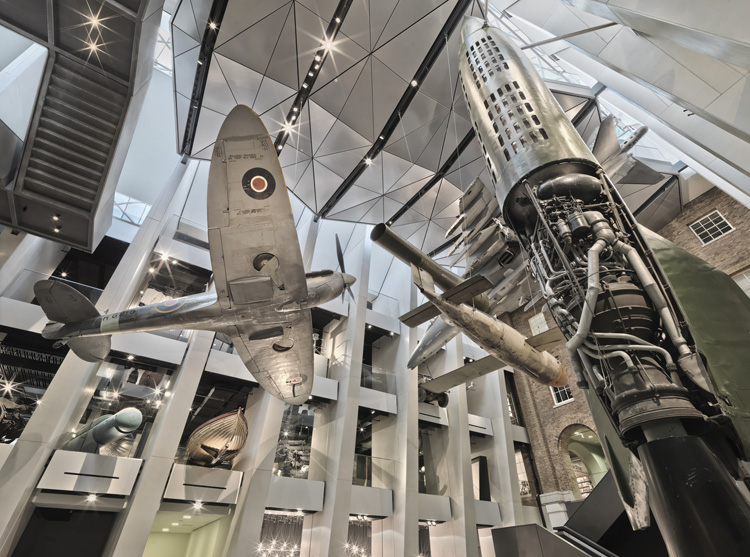 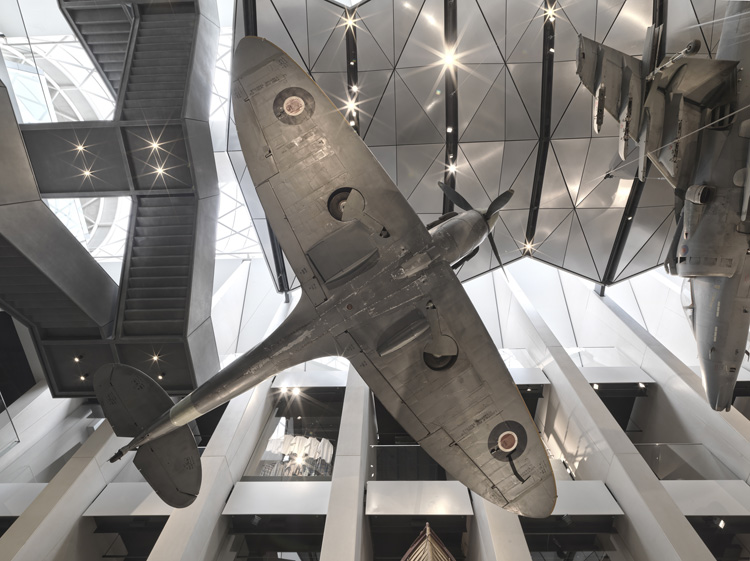 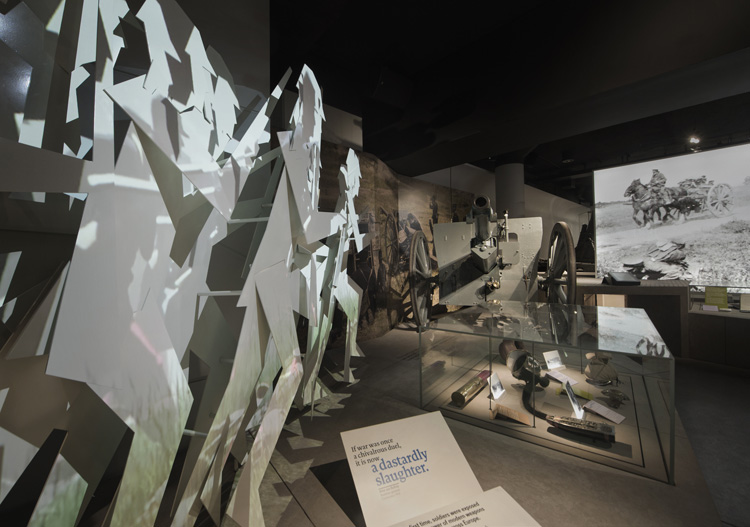 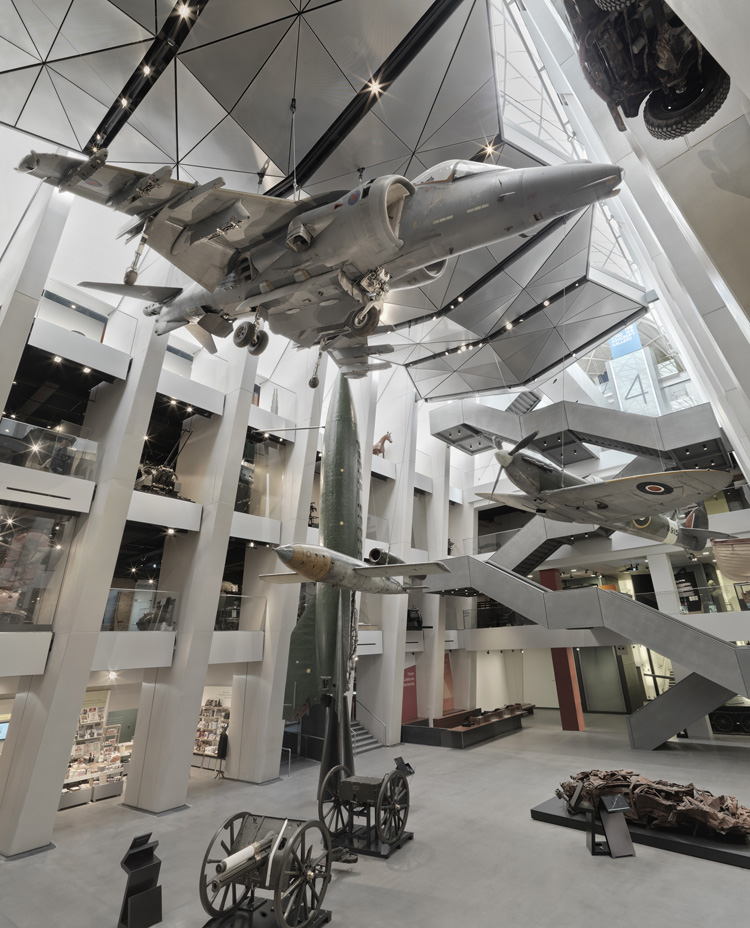