This apartment designed by Russian practice INT2 Architecture for a young couple is situated in a new housing development not far from Saint-Petersburg, Russia. The main goal of the project was to create a large, well-lit open living space with singularized functional zones and a separated bedroom.

In order to do so, the balcony was integrated into the apartment and transformed into a “plywood box” that is inserted into the room. This “box” is used as a dining zone with a wide window overlooking a forest. “The box” allowed for the existing window to be widened in order to bring more light into the entire common space. The only window was a pre-existing condition and not enough for a such a big room. 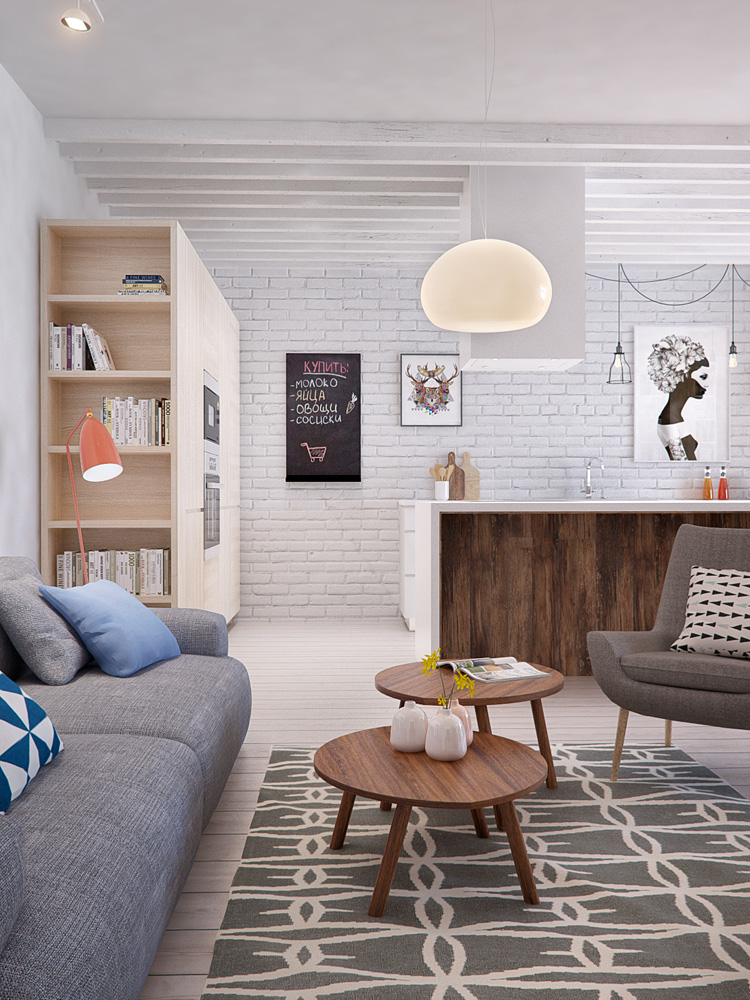 Secondly, a home office zone was allocated in the living room, including a small space for the desk and office equipment that is separated from the common area by the two-sided shelving system.

Lastly, the third functional zone singularized from the common space is the kitchen. Even though it is a very technological zone it does not look foreign in the living room thanks to the minimalistic design. 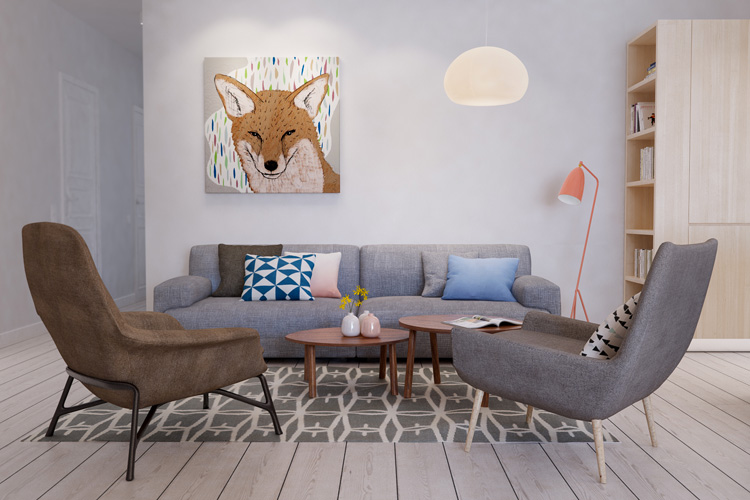 The interior color scheme is based on the nuanced palette with small bright accents here and there. White walls and neutral floors are the background and pastel colors — coral, gentle blue, pearl gray — create an atmosphere of warmth and coziness. The ocean blue wall color in the bedroom combined with hints of red offers a relaxed but at the same time exciting atmosphere — one that is well-suited for the young couple’s bedroom. 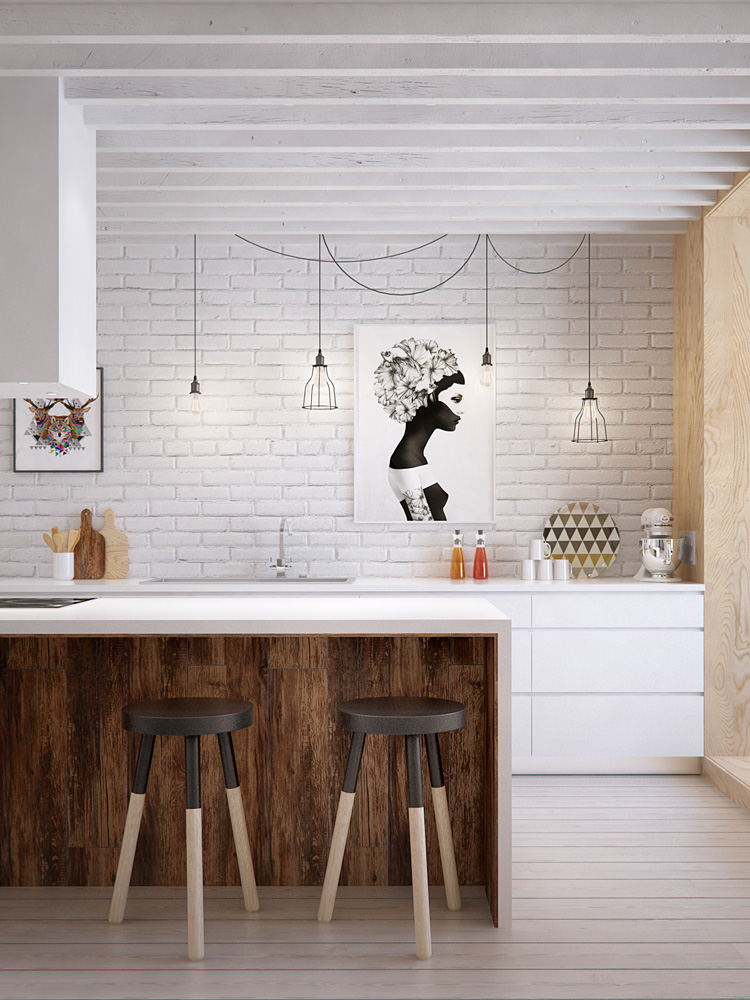 The interior style in this project can be described as contemporary with the mix of Scandinavian design elements and mid-century modern furniture. By mixing old with new, by blending modern century furniture with a typical minimalist one, a balance of functionality and artistry was created to achieve an expressive, stylish and unique interior with an authentic atmosphere as a result. 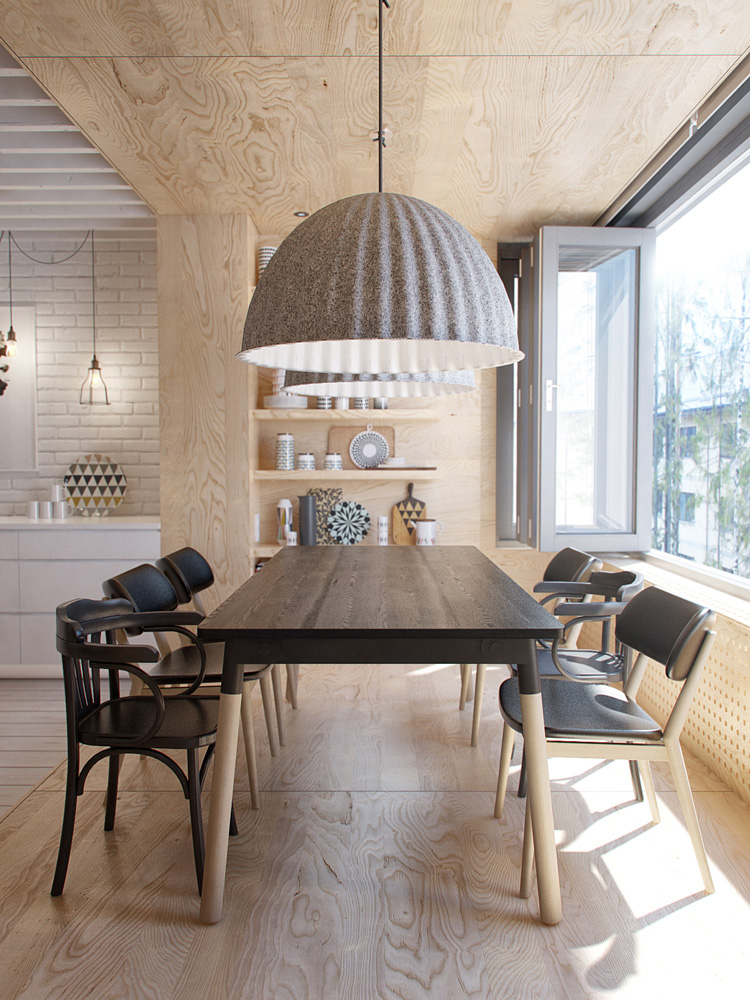 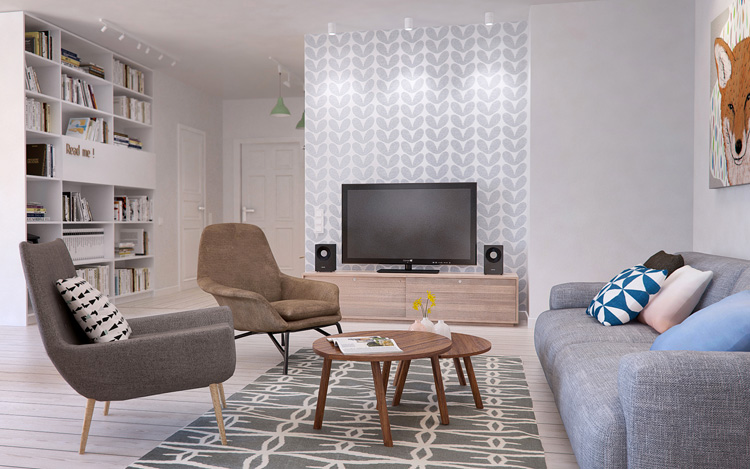 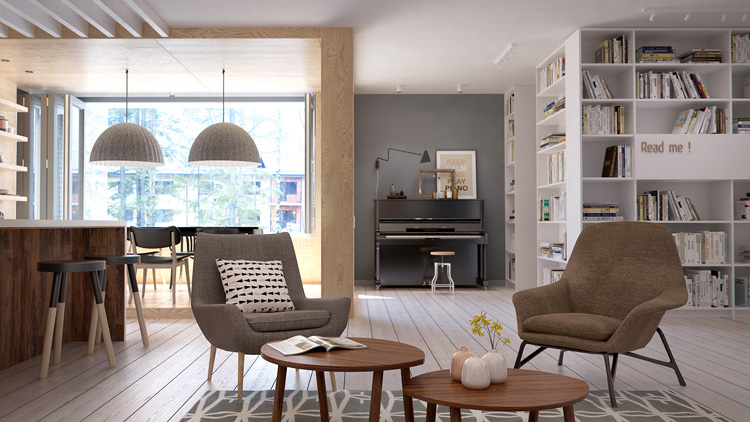 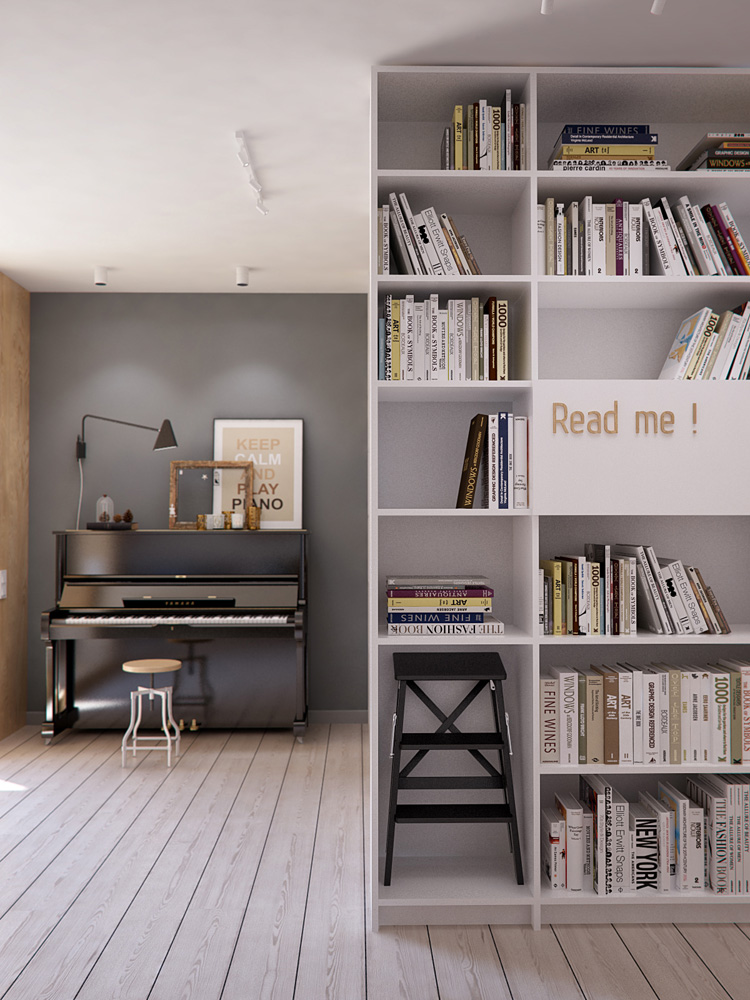 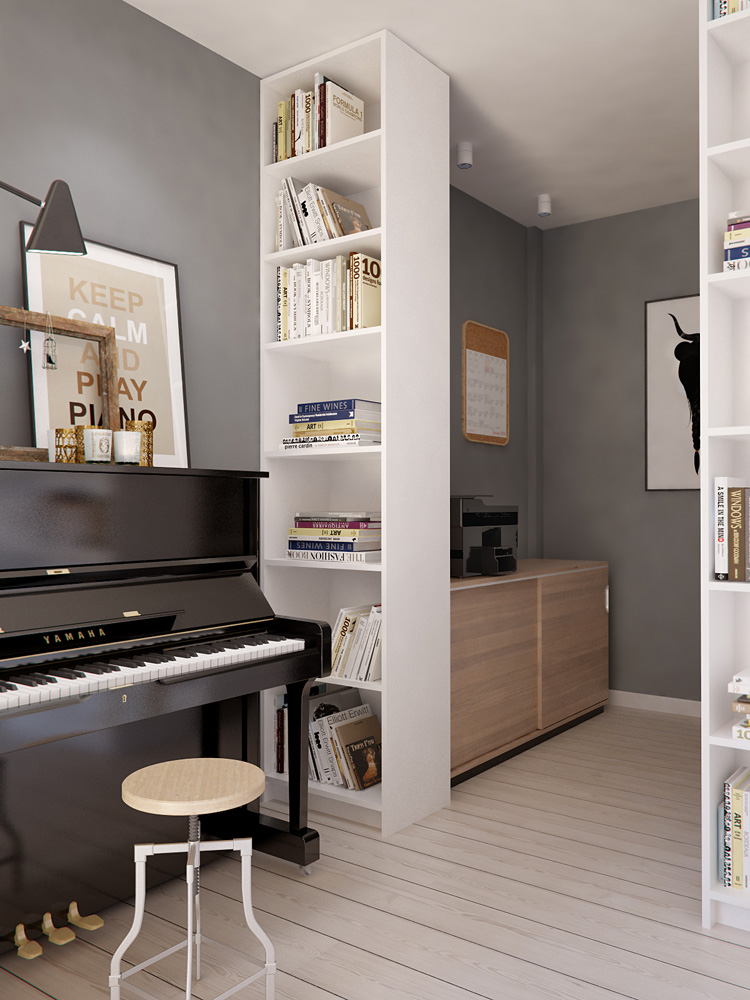 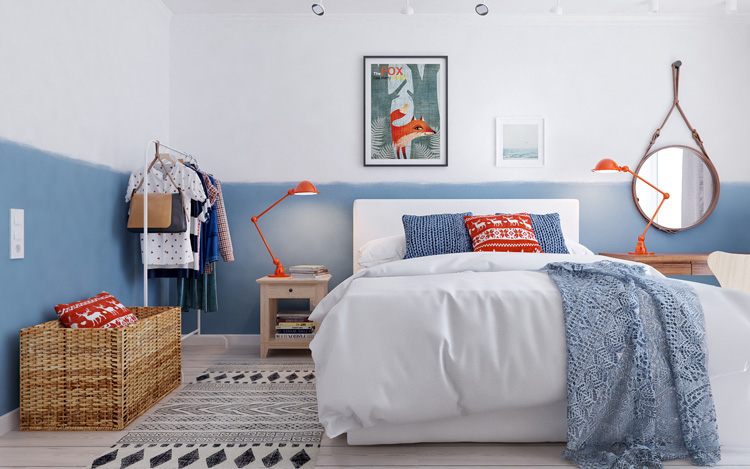 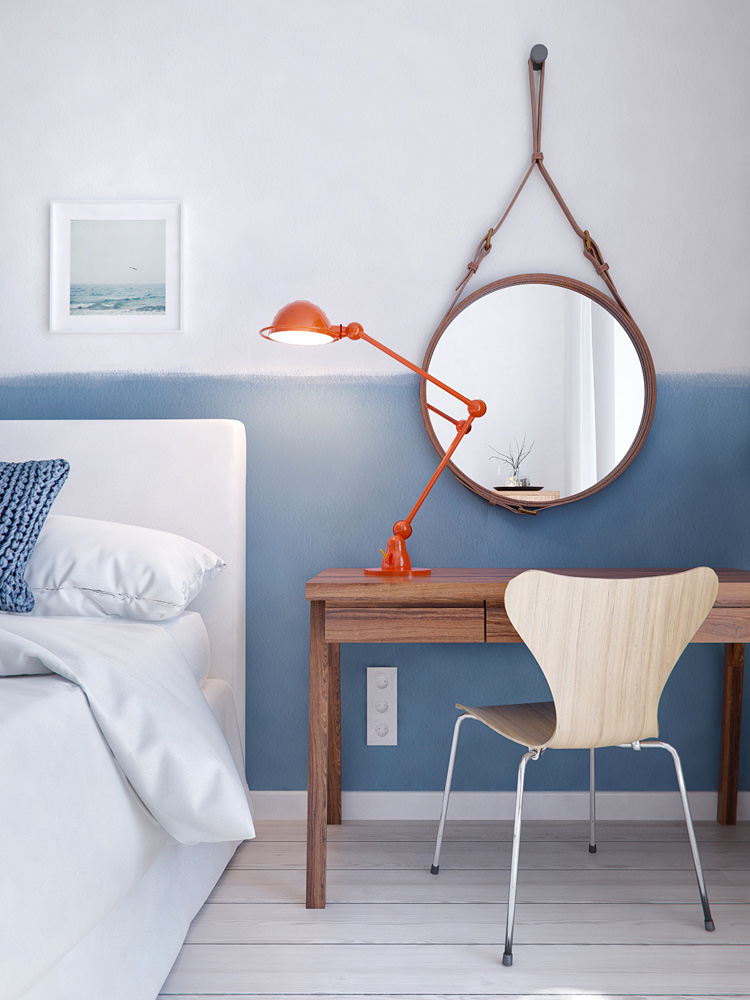 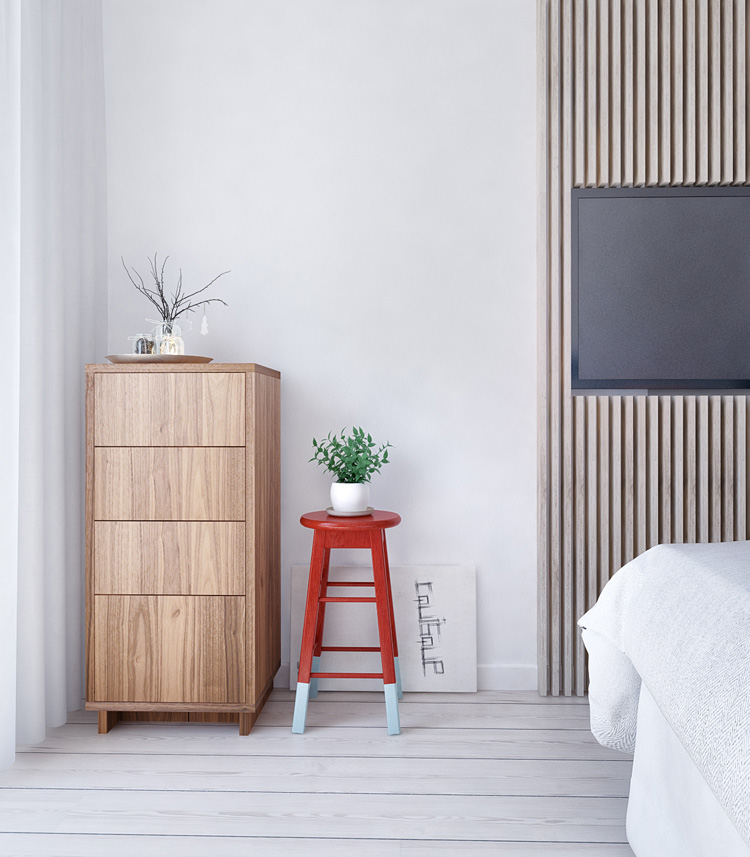 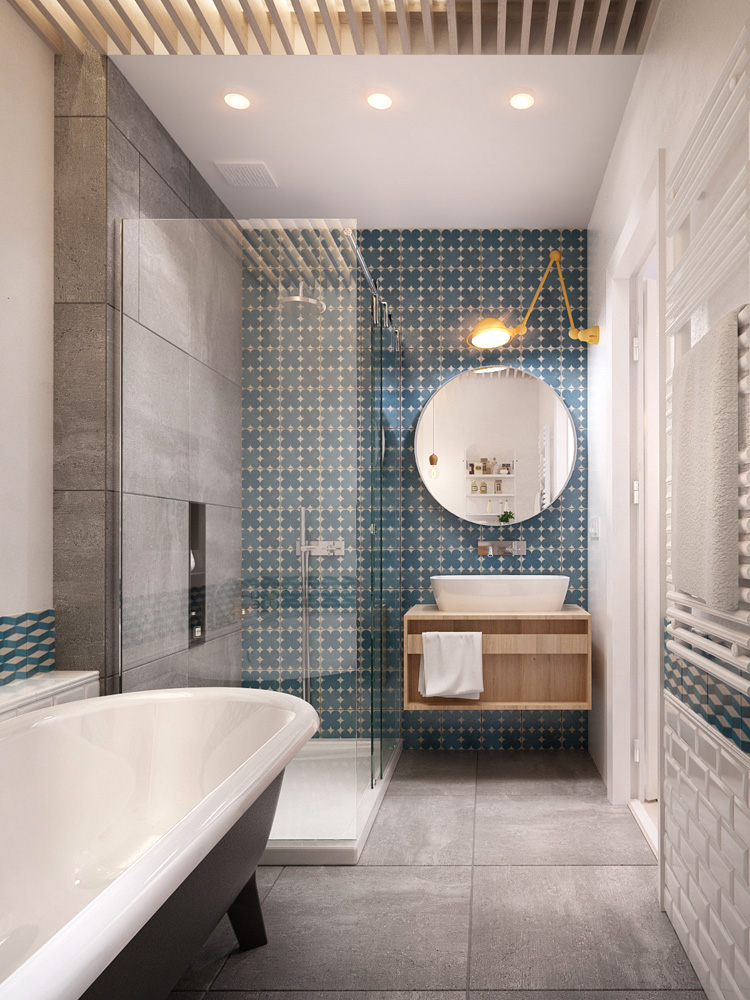 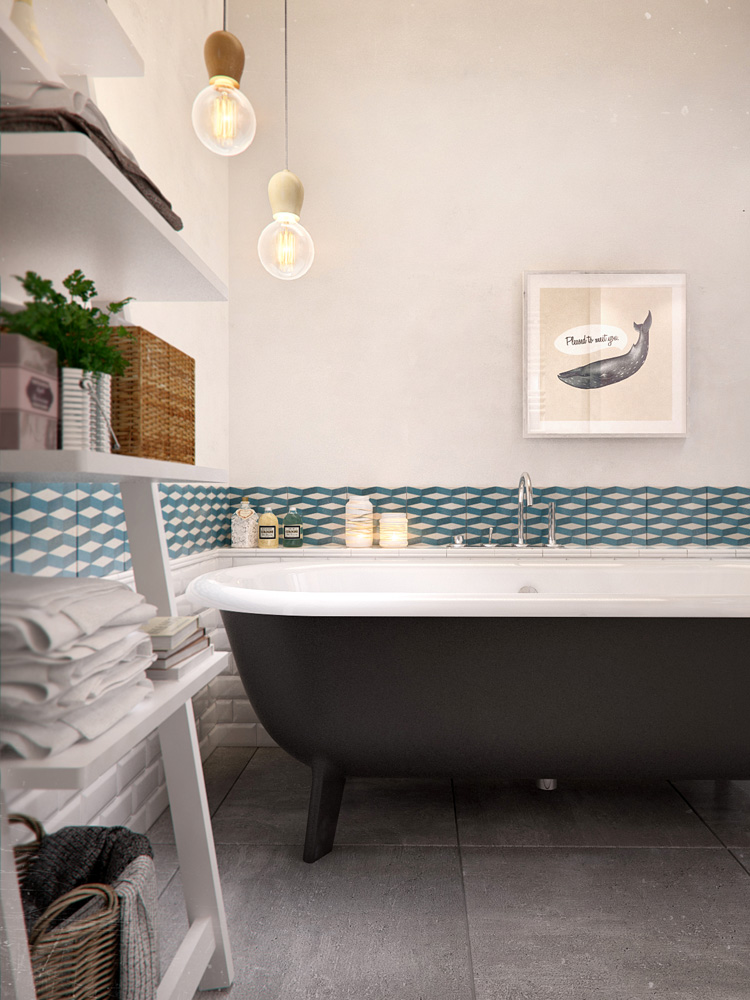 all images courtesy of INT2 ARCHITECTURE