Dietmar Feichtinger Architectes has unveiled a new 760-metre long bridge that connects the Normandy coastline to the medieval town of Mont Saint-Michel. The new jetty replaces the 135-year-old causeway that first connected the island to the mainland.

Built on a rock in the middle of the bay, the medieval town of Mont Saint Michel topped by its abbey and monastery represents a major cultural landmark and one of France’s most visited sites. The Mont-Saint-Michel and its bay are part of the Unesco list of World Heritage Sites since 1979. 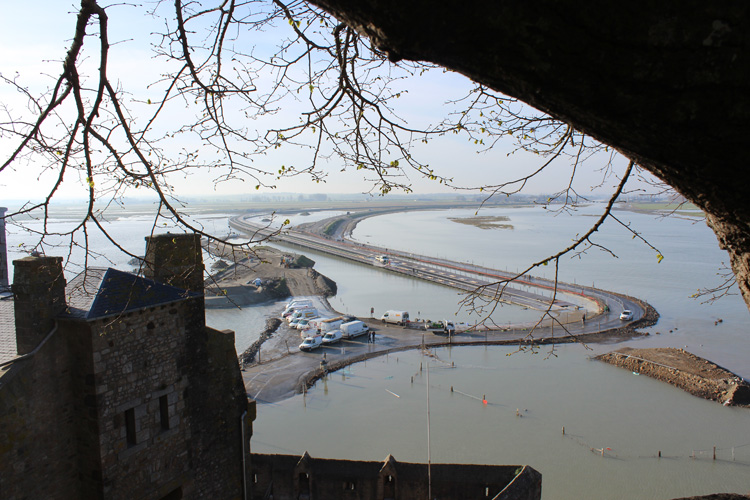 The construction of the roadway (1879) allowed the connection of the Island to the mainland, yet the new sluice obstructed the free course of the sea disconnecting the waters of the river Couesnoon from the bay. The island slowly disappeared. The new 760 meters long jetty replaces the massive roadway and restores the insularity of the Mont-Saint-Michel. 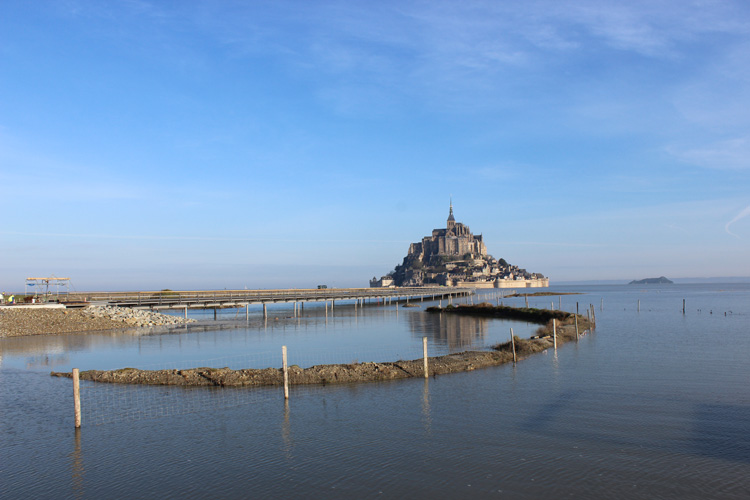 The changing sea level, caused by the tides rising it up to 14 m, creates a repeated event exposing the forces of nature and offers a variety of landscapes alternating between an immense sand beach or a completely flooded bay with the Mount transformed into an island as only landmark. Basically, there are two tides a day – which is quite exceptional – that take a little more than 12hours. Twice a year, the annual flood peak will transform the Mont-Saint-Michel into an island by virtue of its jetty.

Human intervention in this context is more than delicate. Consequently the project set itself the imperative of not disturbing the atmosphere and the wonder of the site due to its being mysterious and the absence of any marker points or scale. The intention of the project is to guarantee the continuity of the landscape as far as the eye can see. Visitors have to experience that they are part of an immense setting. 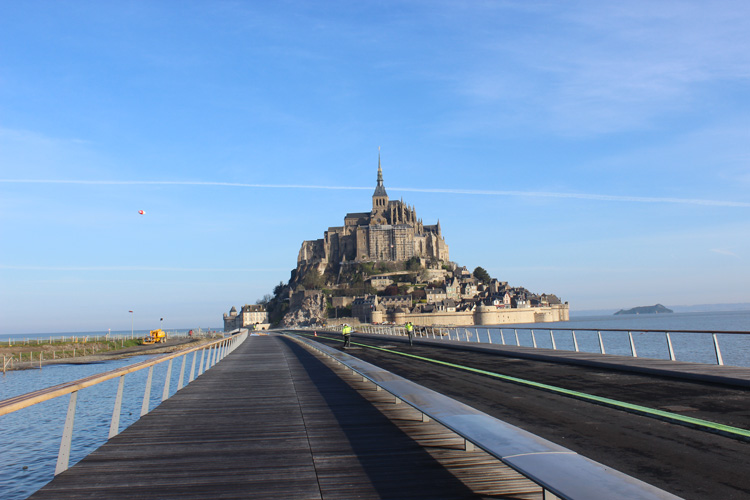 The jetty’s design blends into the landscape as seamlessly as possible in order to reach the maximum of transparency. The flow of water is one of the major issues; it allows keeping the Mounts insularity and accelerates the dredging of the estuary. The rhythm established by the 134 pillars plays a key role in transforming the site again into an island.

From the mainland to the Mount, the structure’s general geometry forms a continuous and fluid movement. Slightly offset to the East before turning back, it opens up wide views of the bay and the Tombelaine rock. If the jetty’s structure is minimal in its expression, it is very ambitious in its design and performance. 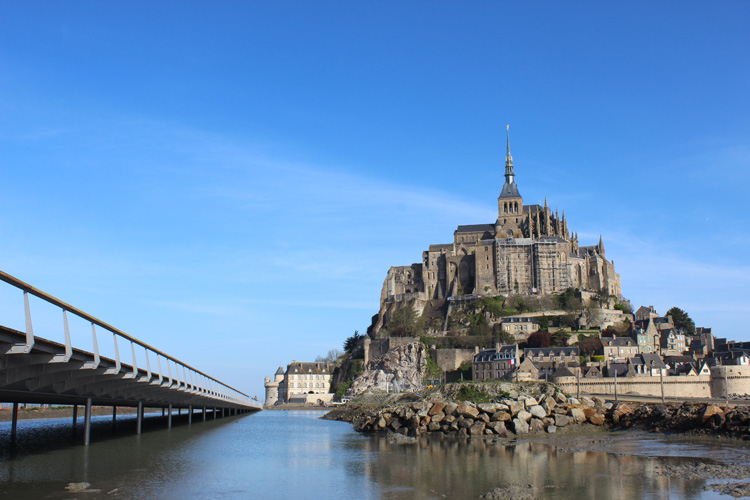 The causeway becomes part of the bay by virtue of its curvy geometry that embraces the bay and accompanies the walker. Following the lines designed by water, the causeway suggests multiple views around the Mount. Perfectly horizontal, the deck merges into the horizon.

A serpentine curve on a series of 134 pillars leads over the tideland up to the mount. The inspiration derives from the sight of a mussel farm with its sticks rising from the sea. The low structure nestles to the water almost touching it. 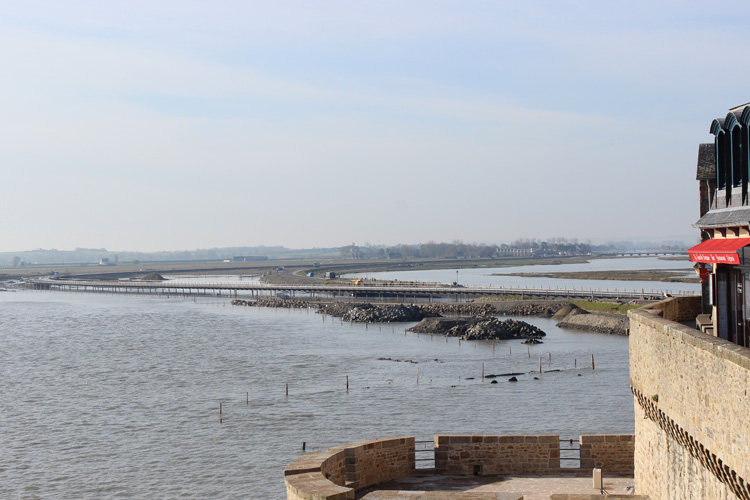 The discrete character of the jetty has its origins in a very conscious relationship with the site. In fact, fixing pillars each 12m in the tideland in order to achieve such a flat construction height is a really elaborate operation. More than a simple crossing, the close alignment of the pillars suggests the act of walking towards water, of approaching it slowly. The new causeway offers a safe walkway for visitors as well as a central roadway for shuttle services. 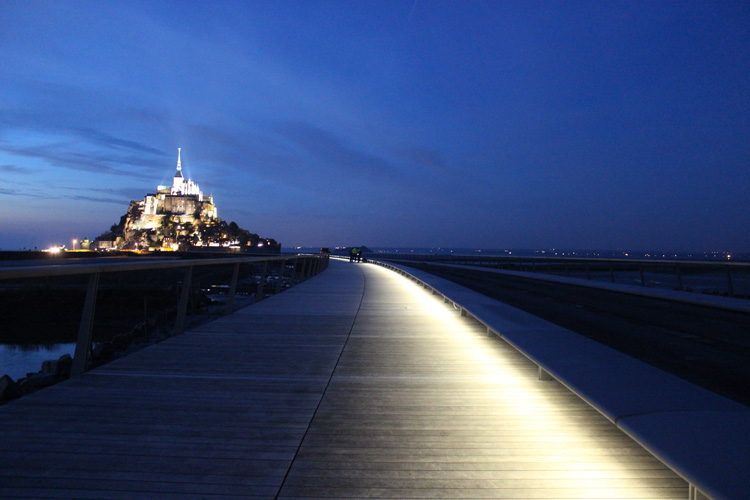