B-and-Bee is a mobile, modular, and stackable sleeping cell designed by a team of Belgian designer. Only one year ago this concept, imagined by Barbara Vanthorre and Ron Hermans – representing Compaan and Labeur respectively – won a creative competition in Antwerp. Compaan and Labeur then decided to join forces with One Small Step and Achilles Design to apply for the prestigious innovation scholarship CICI 2014, powered by Flanders DC and IWT. The concept of the Honeycomb Hotel was selected as one of the 16 projects and began a full year of development, prototyping, and testing. B-and-Bee has been launched during Gentse Feesten, a music and theater festival in Ghent, Belgium.

B-and-Bee can be setup quickly, anywhere and using only a very small footprint. It’s not only designed for remote campsites, but meant for the middle of the action as well. Each cell has luggage storage, a locker, a light, and a power supply. The cozy king size bed can also be easily transformed into a comfortable lounge seat. 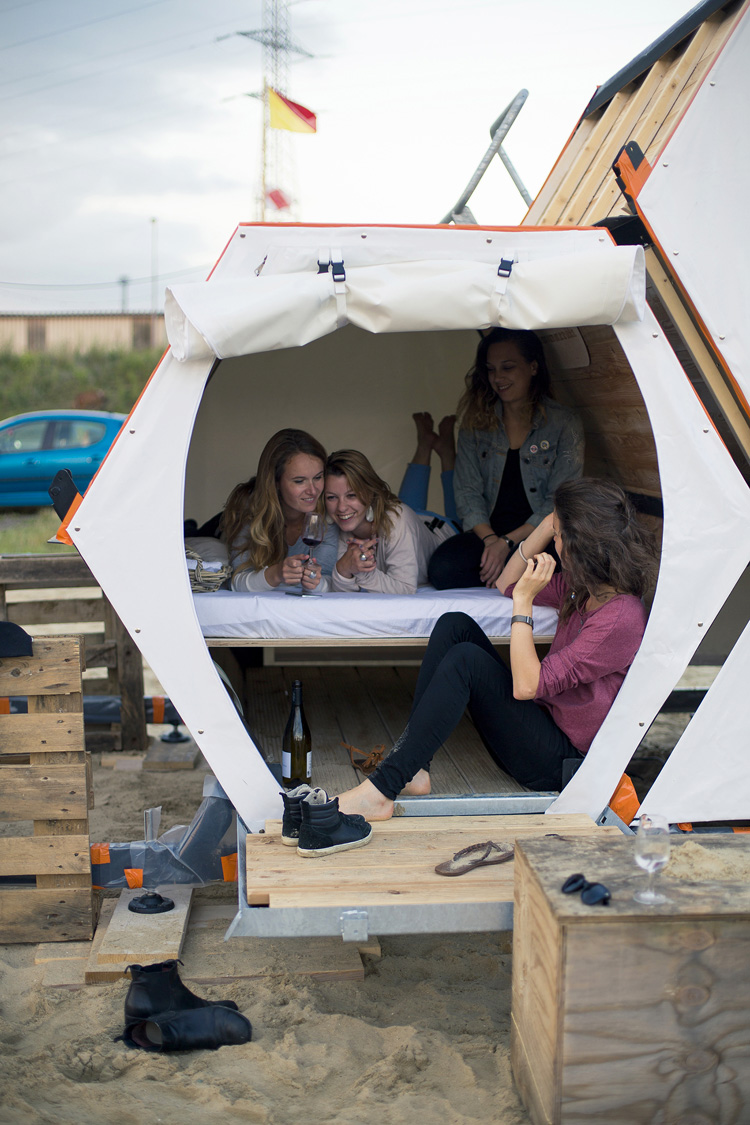 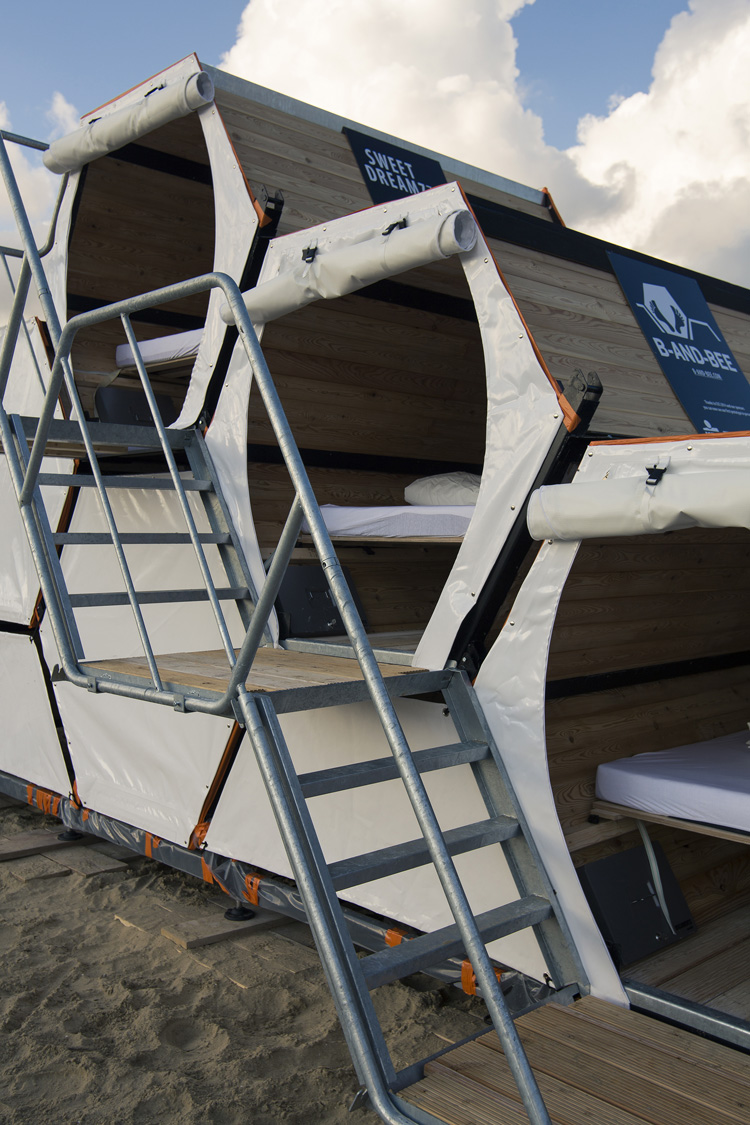 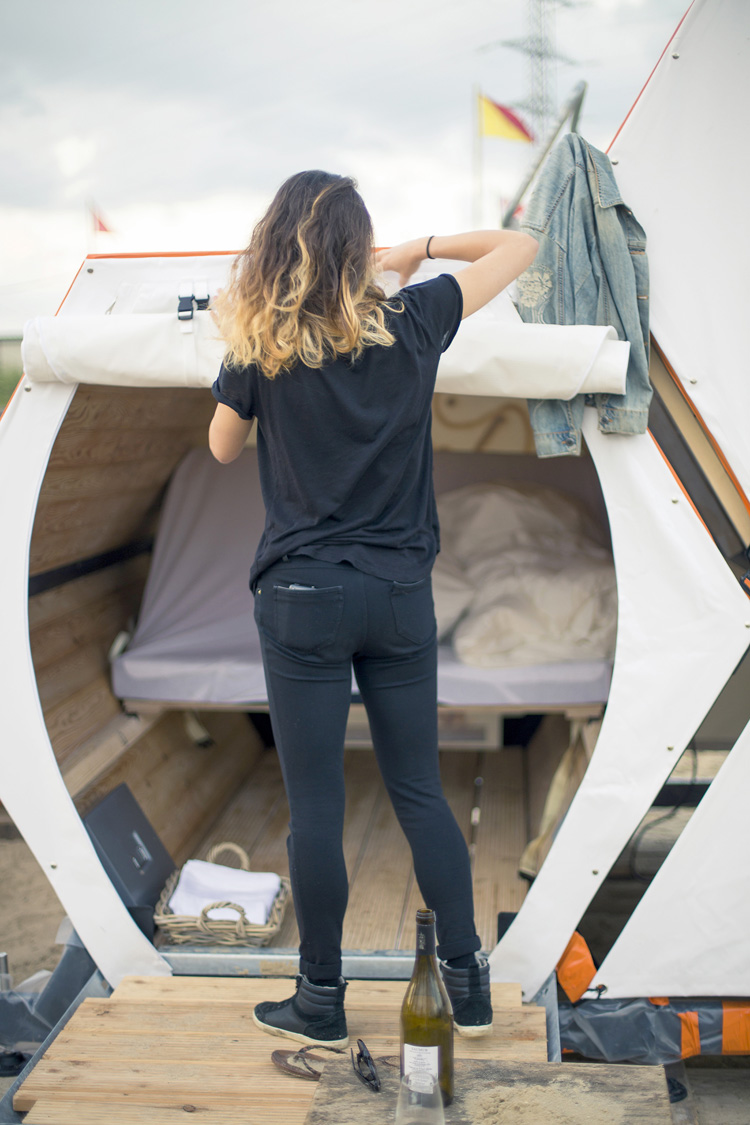 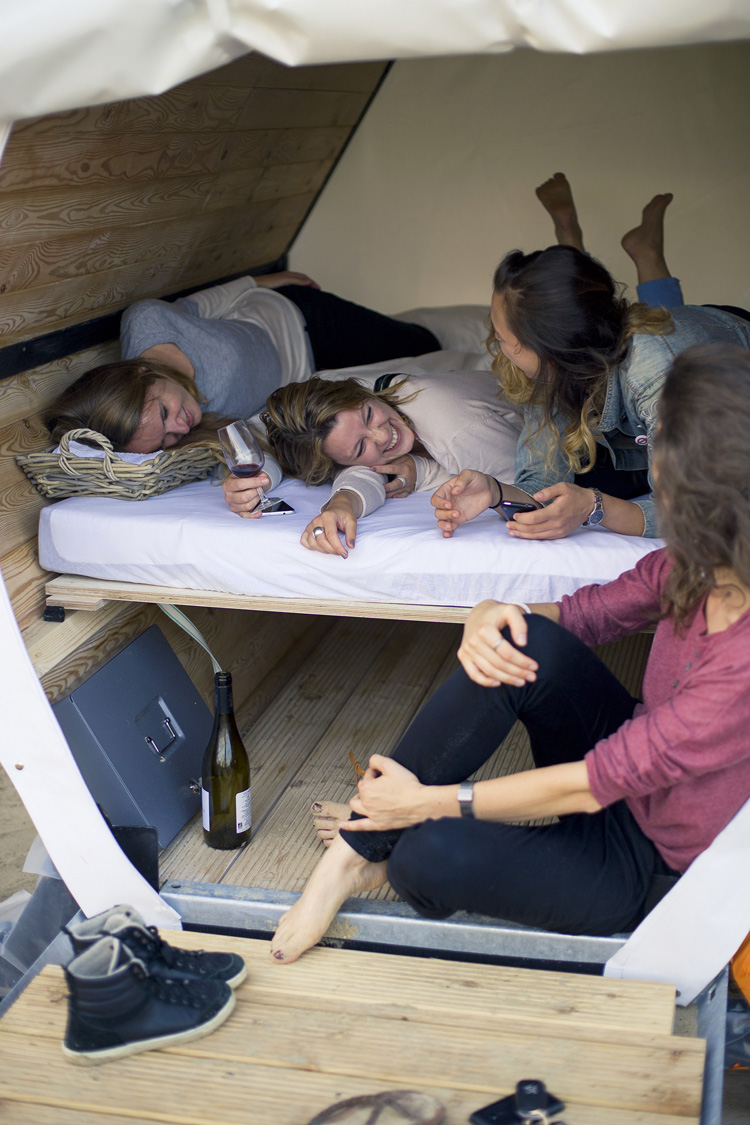 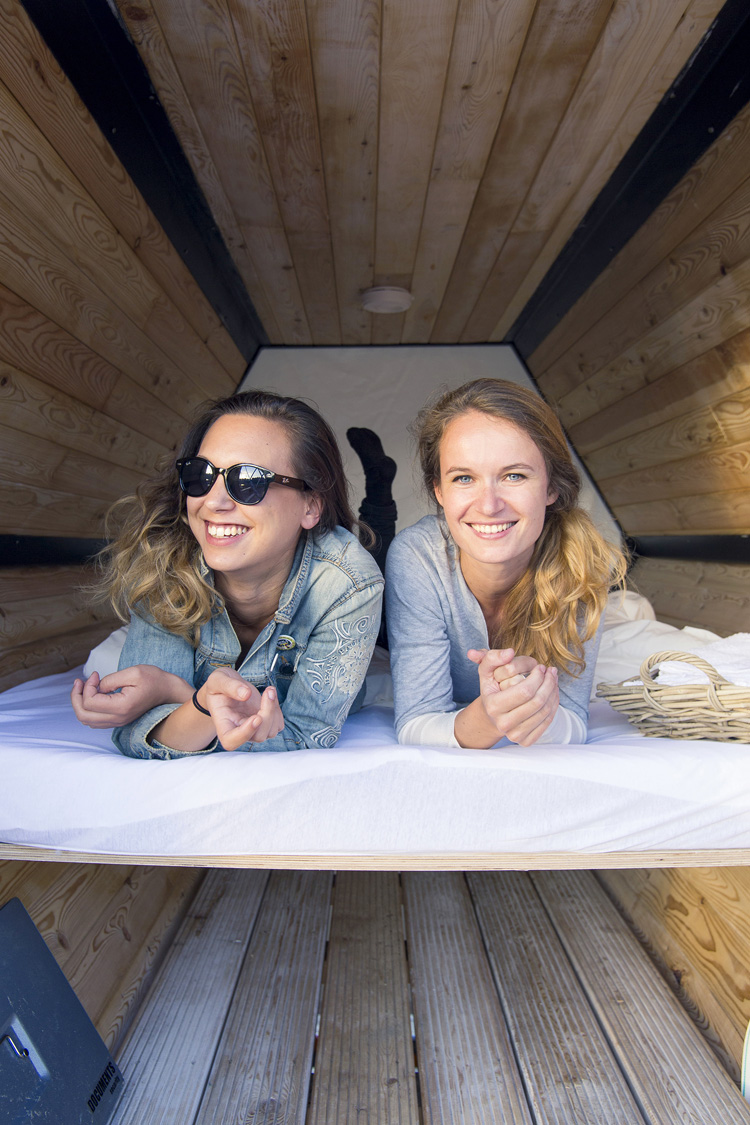 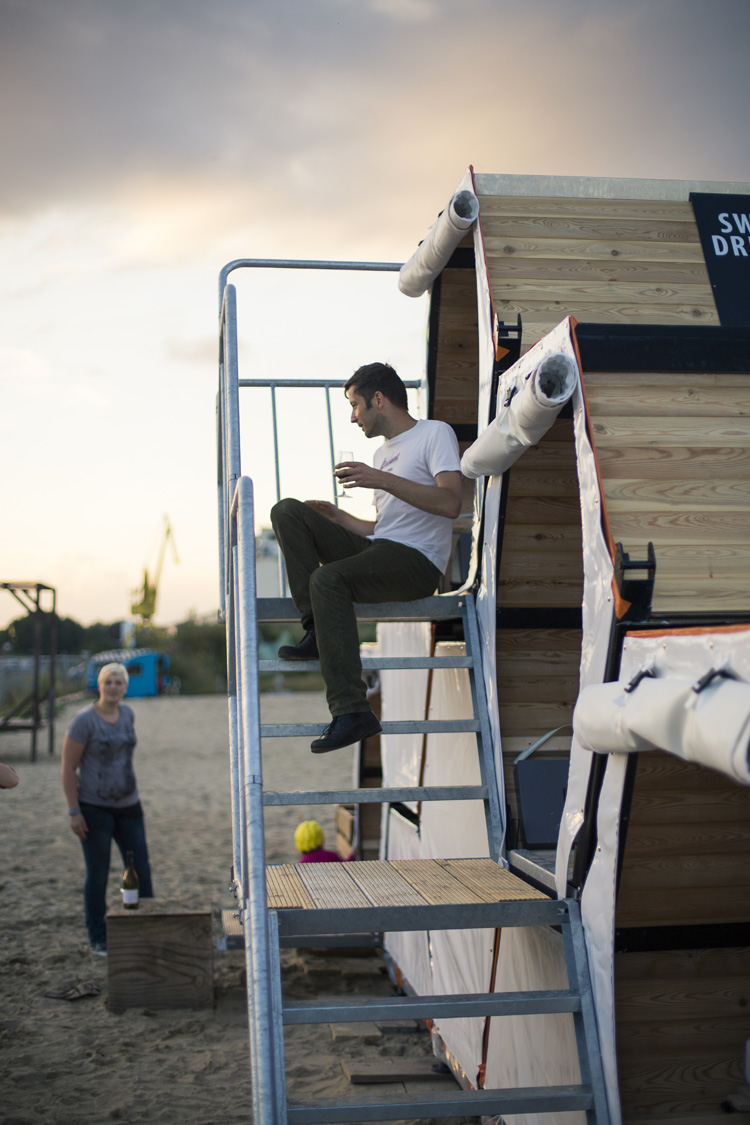 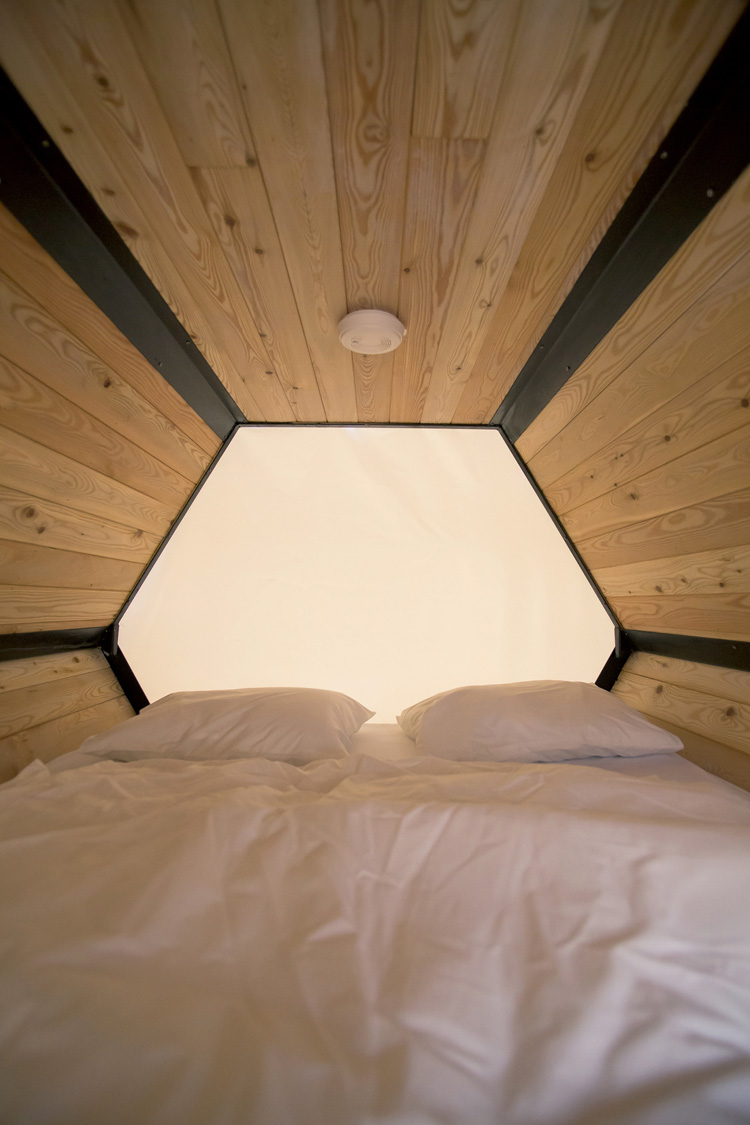 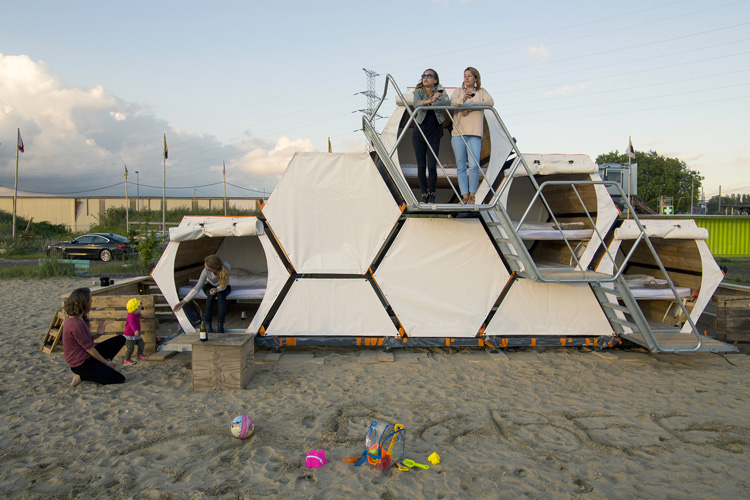 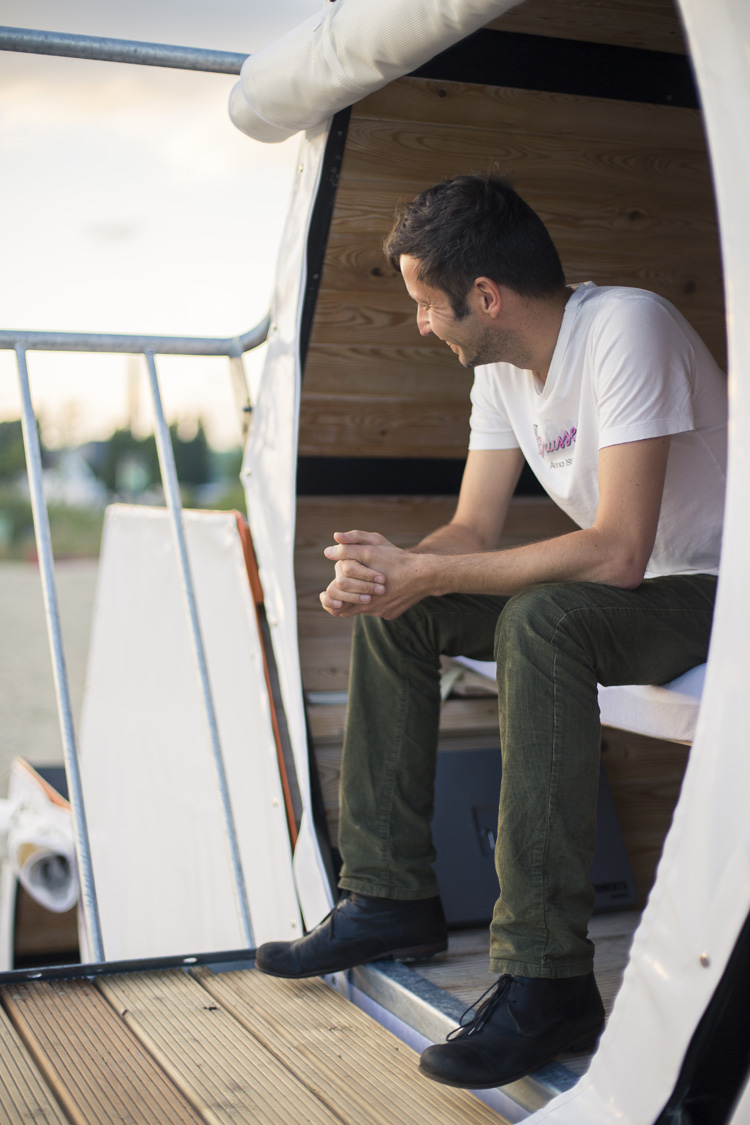 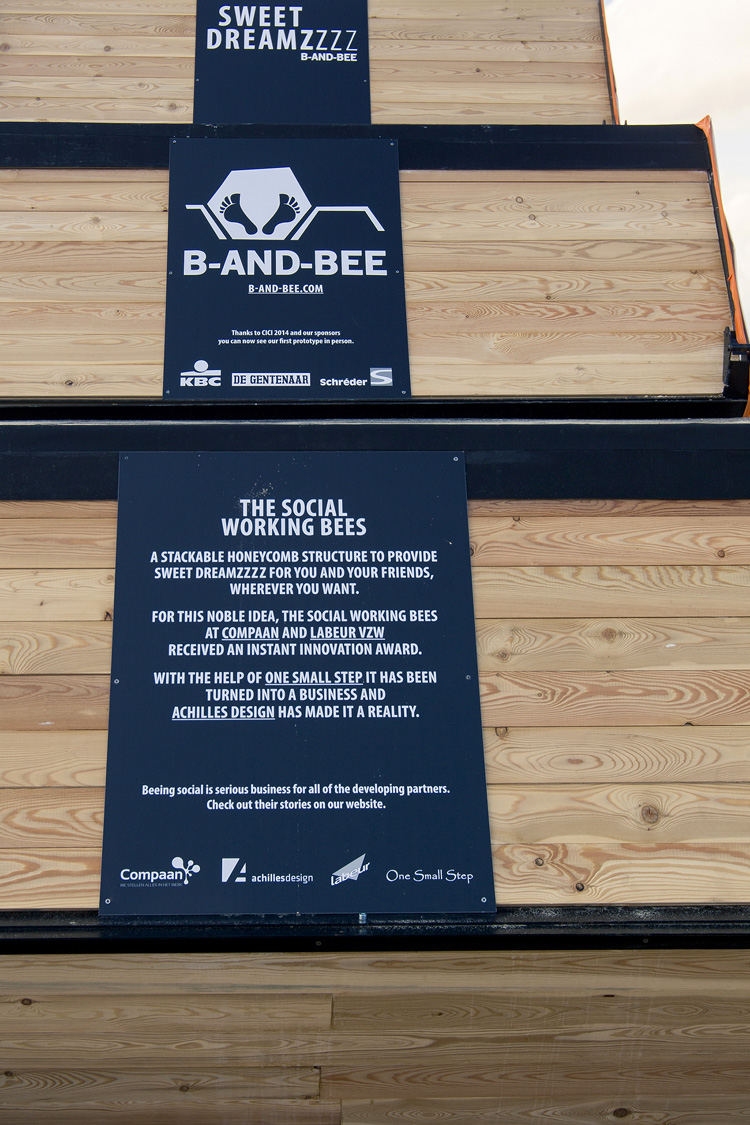 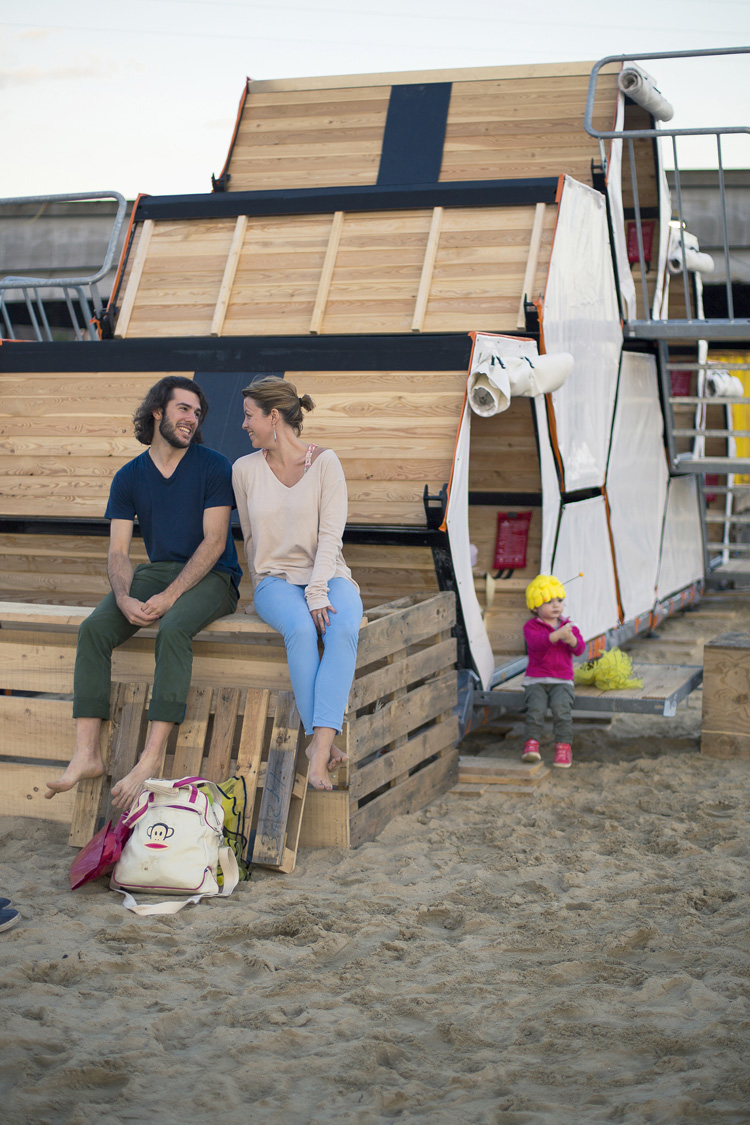