Portuguese studio Tiago do Vale Arquitectos realized the interior design of the Bottles’ Congress, a wine and spirits store located in the outskirts of the city of Braga, in nothern Portugal. The client required a system to display over a thousand different wine and spirits bottles, designed in a modular fashion and capable of being adapted to different locations. 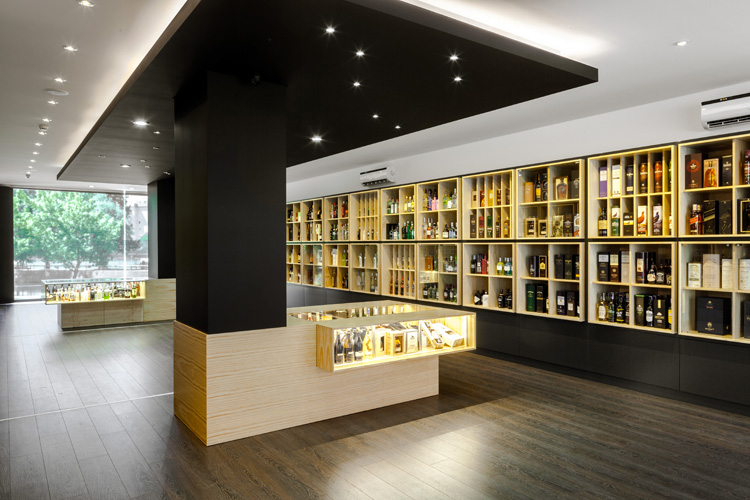 The best balance between modularity and individuality was found by designing four different types of display boxes, with each design coming as a precise consequence of the particular shapes, presentation characteristics and resting needs of each specific kind of bottle.

Each module consists of four pinewood display boxes, with a storage area underneath. A palette of dark rich tones was elected throughout the store to convey a sense of luxury and coziness, contrasting with pinewood features. 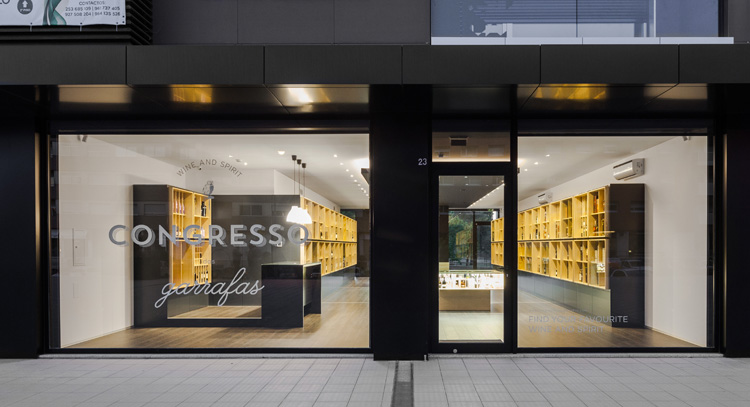 “There’s a recognizable image of what a wine store should be, with endless walls of bottle shelfs and pine boxes, but we felt this kind of wine store ended up banalizing the product. Though still establishing a connection with the traditional wine store through the use of pine wood elements, we wanted to present the product as something really special, like a luxury item, so I always had the image of a jewelry store in my mind” explains Tiago do Vale. 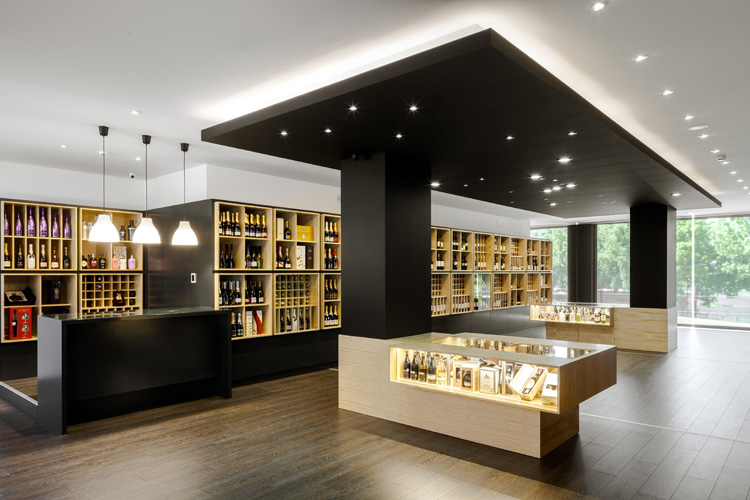 The store is located on a quiet residential area, featuring two glass fronts, one facing an urban context and the other facing a soothing park, crossed by the Este river and served by open-air sporting facilities.

In order to maximize the store’s transparency the bathrooms were relocated, resulting in an unobstructed space with open views from the street to the park. This allowed for a breathtaking presence of the store on the street, invitingly bringing its content outside, while simultaneously transporting to the inside that beautifully qualified natural landscape. 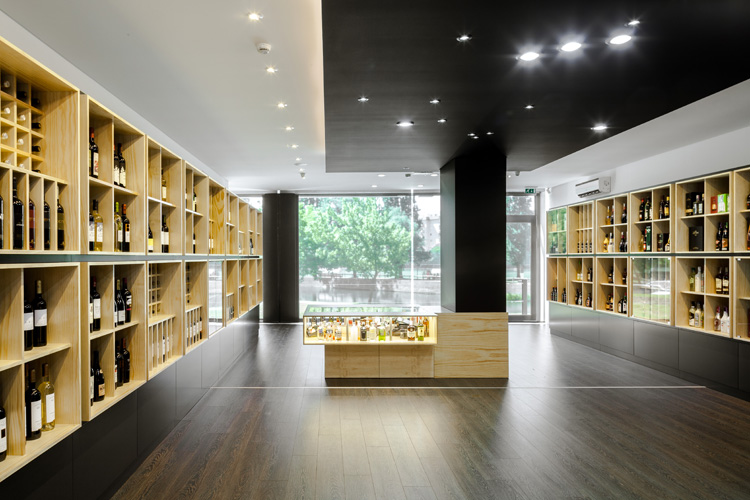 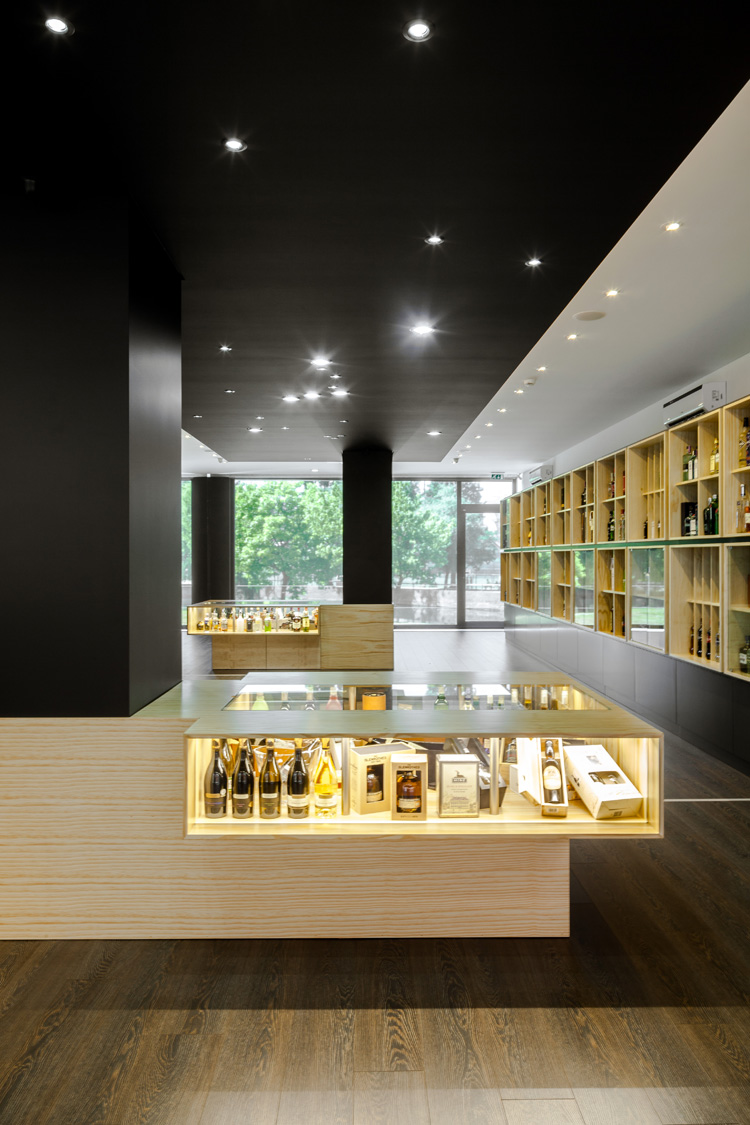 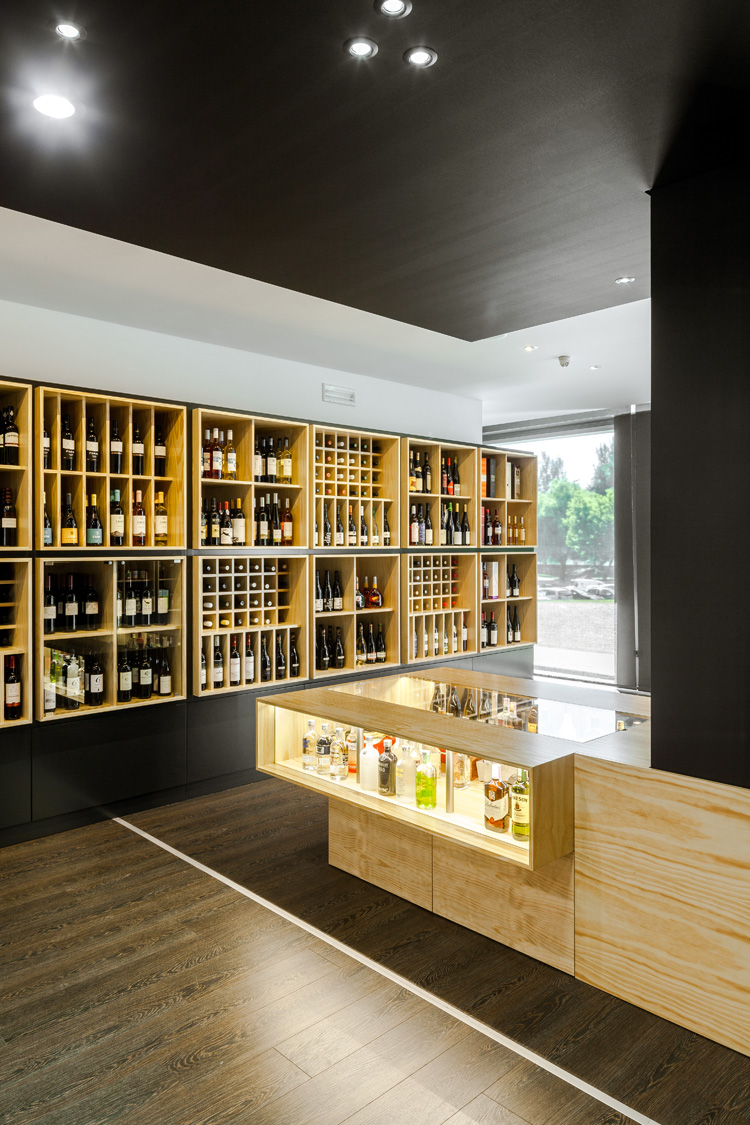 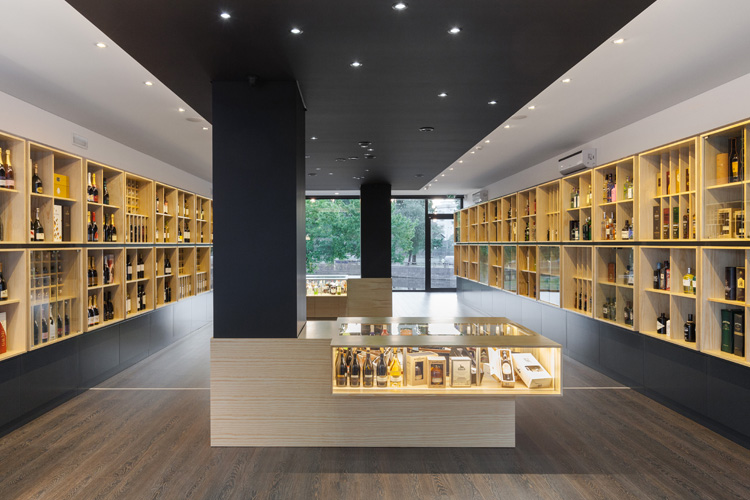 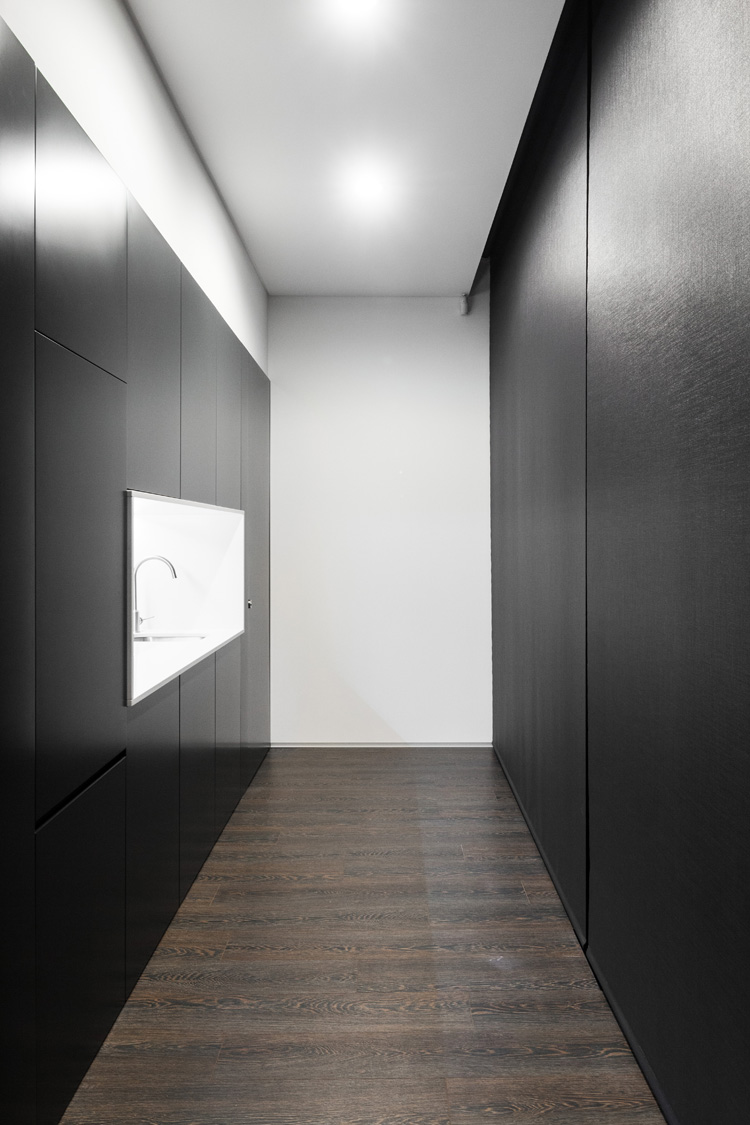 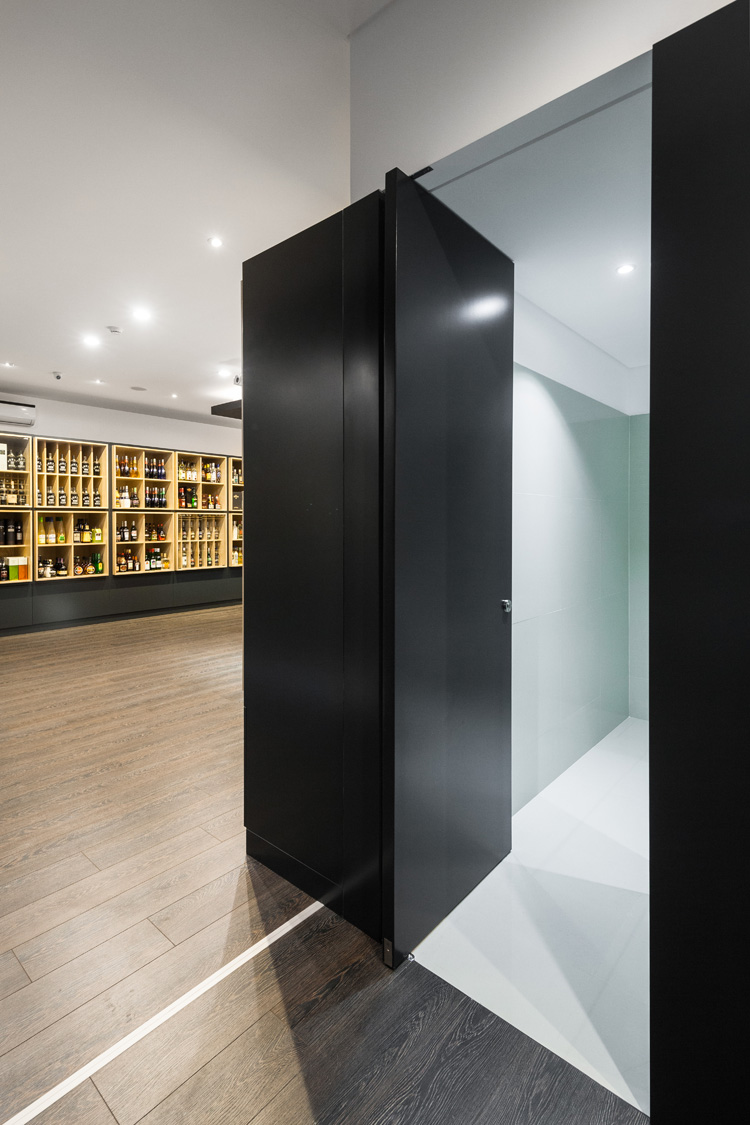 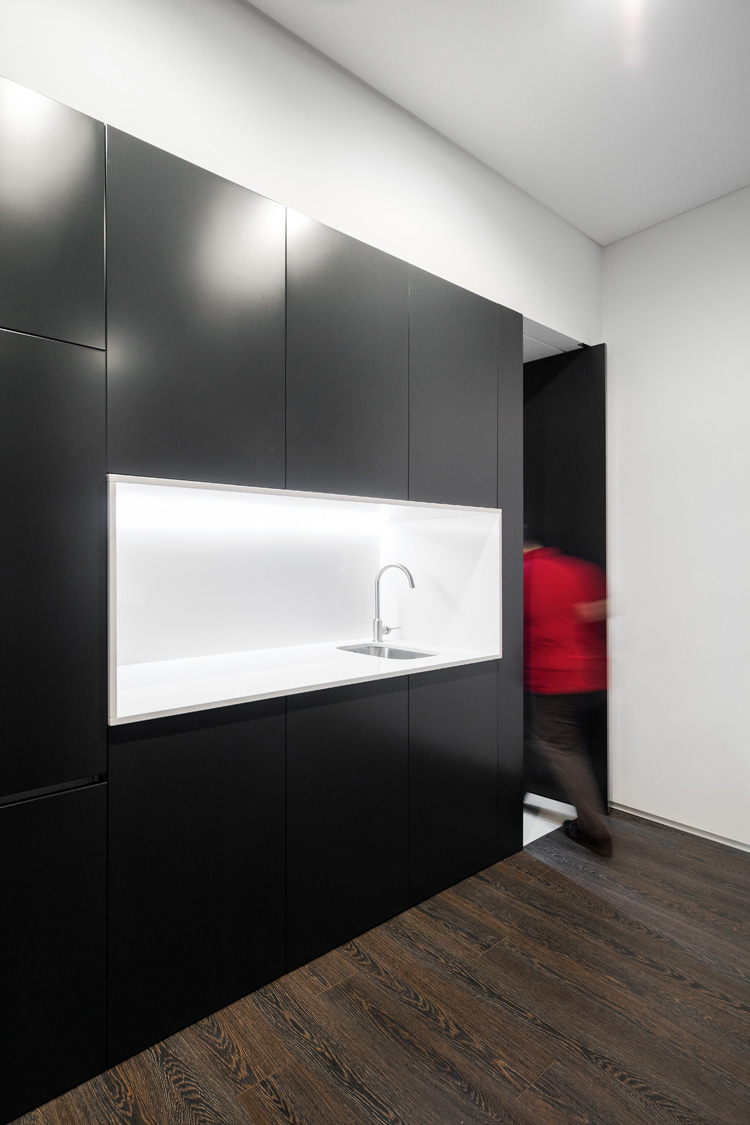 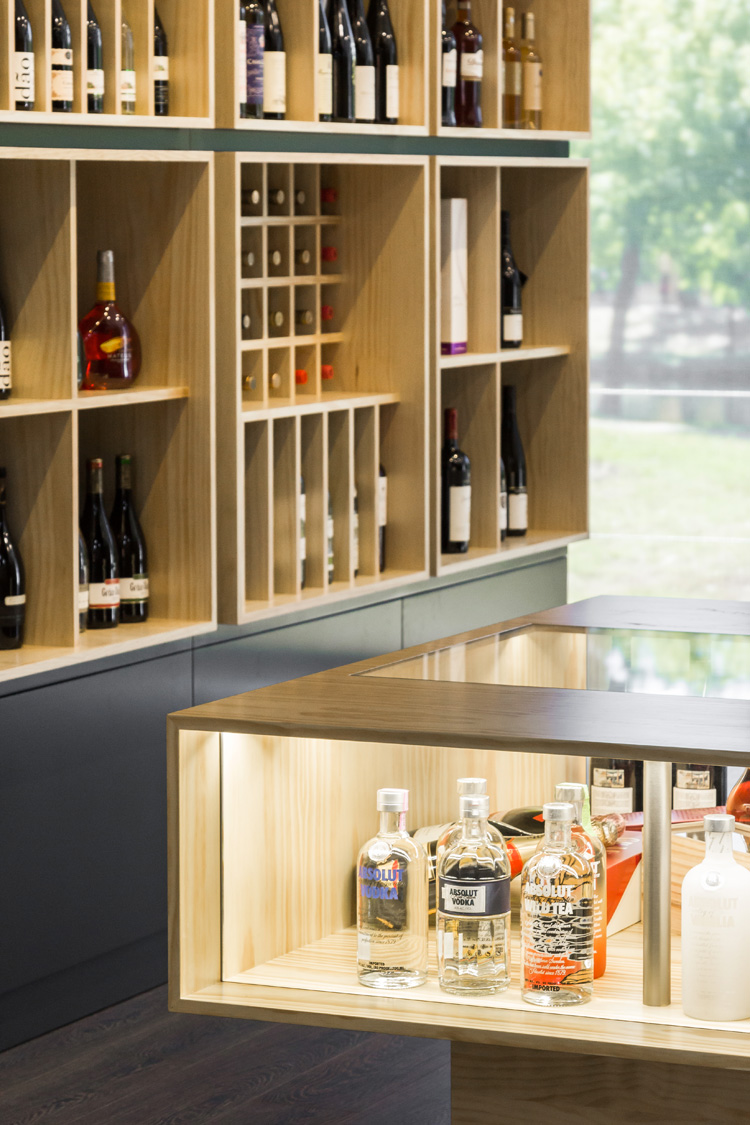 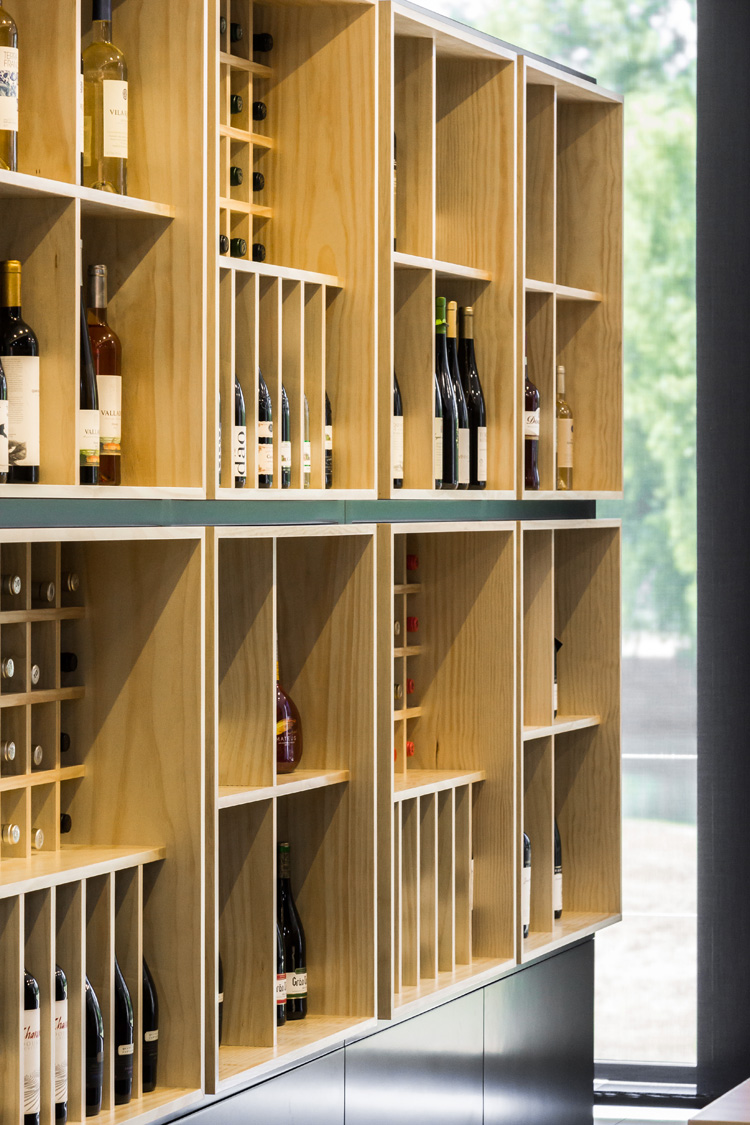 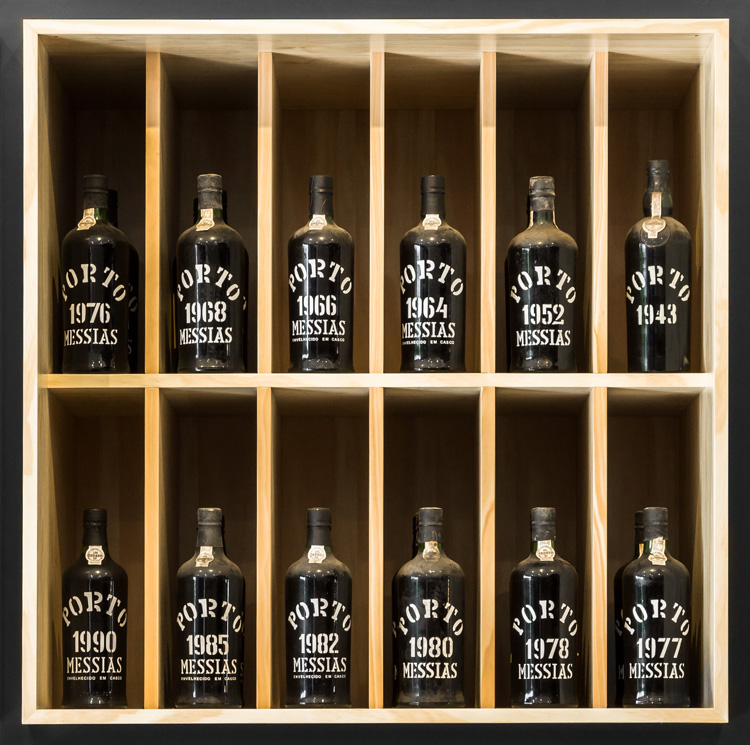 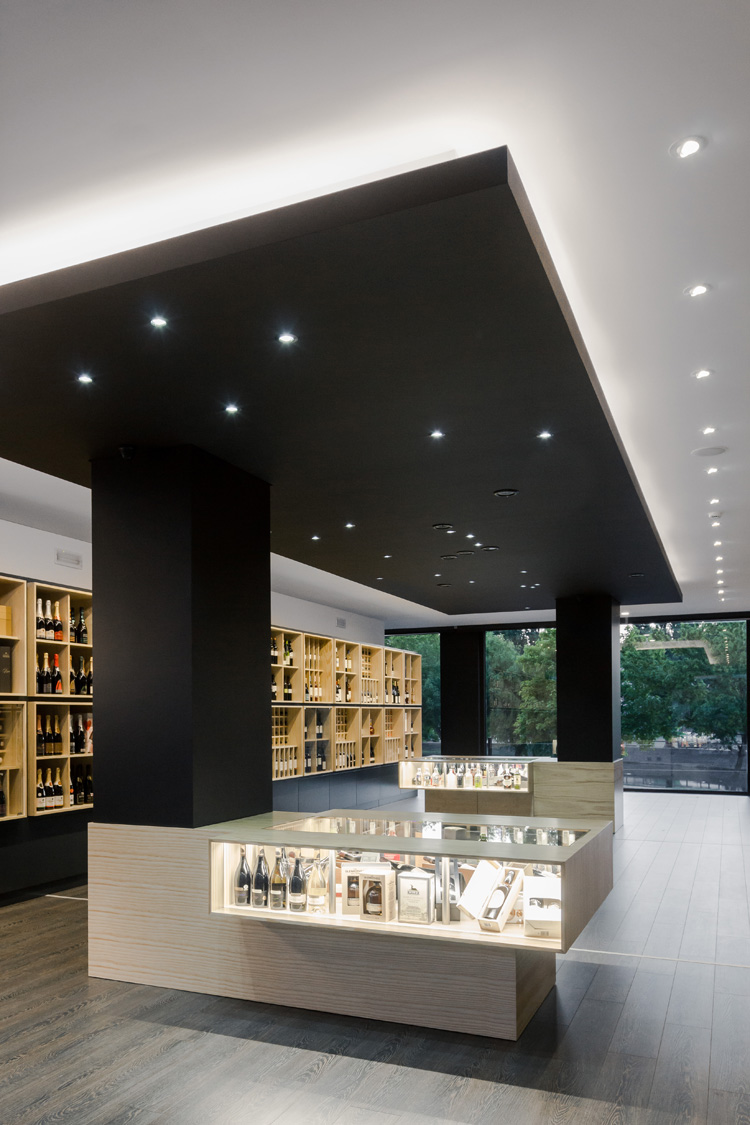