Cinema and theater: the reference to mise en scène is everywhere in the design of the new landscaped spaces developed by Atelier Jacqueline Osty  & Associés for the renovation of the Paris Zoological Park. Five “biozones” succeed one another along a four-kilometer tracking shot, starting with Patagonia, then on to the Sudanese Sahel, Europe, Guyana and Madagascar.

From on- to off-screen, scenes from the wings, foreground and background, the eye is guided, and the views are infinitely receding, scripted meticulously in composition and framing. Continuing this metaphor, Atelier has created successive visual frames that enlarge the dimensions and break down distances between humans and animals. Time as a fourth dimension has been added to 2D and 3D. It becomes a part of how one perceives the zoo with permanently changing landscapes as we move through the seasons and years. And lastly, imagination acts as a fifth dimension where suggestion completes the mental landscape and rounds out this multi- scale composition. 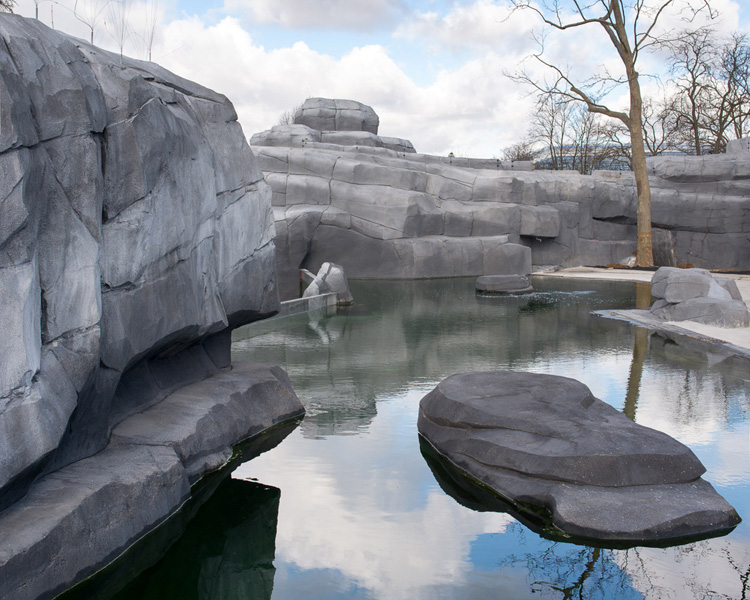 Alternating overall views and total immersion, the circuit rolls out like a ribbon along which contrasting landscapes succeed each other. The zoo reactivates several landscaping devices that are traditionally used in garden art to reduce boundaries, frame views and hide certain elements. Topography is used as basic leverage to lead visitors from surprise to surprise without revealing the circuit’s next stage. It is also a tool for enhancing the Great Rock, magnifying its 65 meters with an unparalleled low-angle shot.

The biozones are not mere mimicry of idealized nature transposed to the heart of Paris. Atelier worked on suggestion, playing visual references—colors, matter, levels and surfaces —to steep visitors in the appropriate atmosphere. Landscapes have been completely invented with the original sites’ essential features and relief being suggested. Thus the expanses of the Sahel and the empty plains of Patagonia are evoked by folding the ground and deploying the colors and matter specific to each place, the forests of Madagascar by the density and heights of its plant life. This dissimulation of tracks has led to the design of unique places through their landscapes, their spaces and their diversity. Visitors are neither “here” nor “there” but in an in-between world that generates a troubling disorientation. 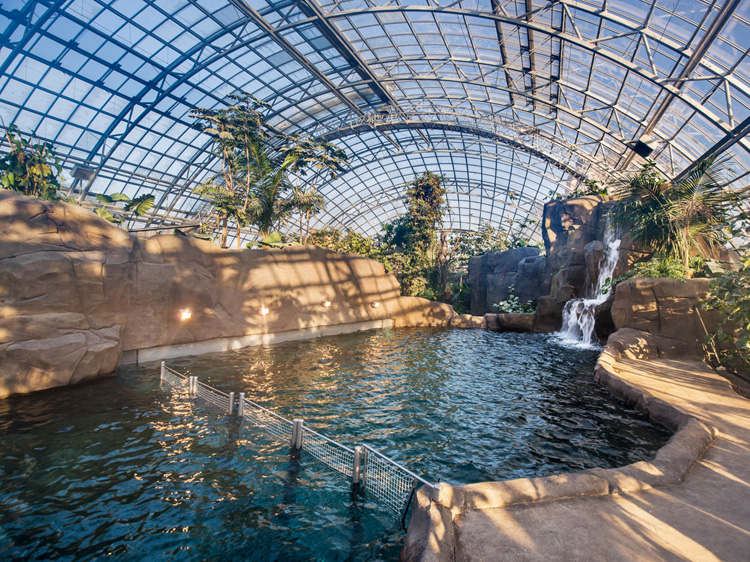 This disorientation is augmented by occasional views outside the Gardens, i.e. the fringe of buildings lining Avenue Daumesnil, the lake in the Bois de Vincennes, etc. On the other hand their appearance reinforces the feeling of being in a singular place, inside a jewel box in the heart of the city. As for the rest, all references to an urban milieu have vanished. There are no streets or sidewalks to hinder one’s wanderings. 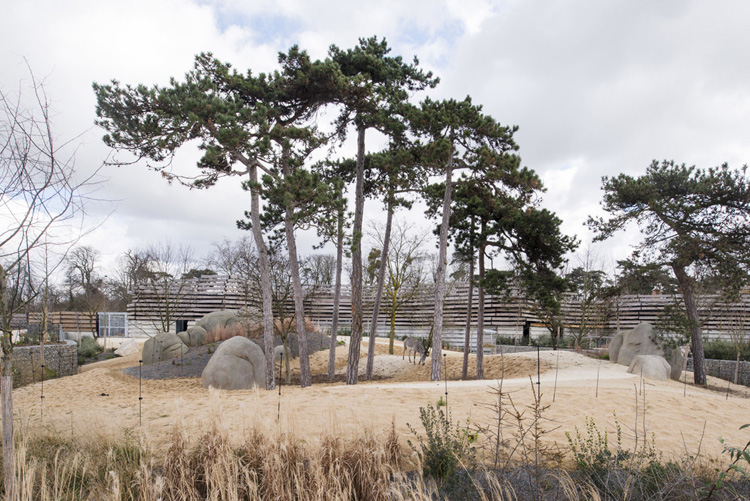 Here the zoo recovers the “above-ground” feeling of the great European zoos (Berlin’s Tiergarten or the London zoo in particular), playing the same role of a green enclave in a context of high-density building. As the zoo’s iconic symbol, the Great rock is a milestone on the historical Parisian north-south corridor. 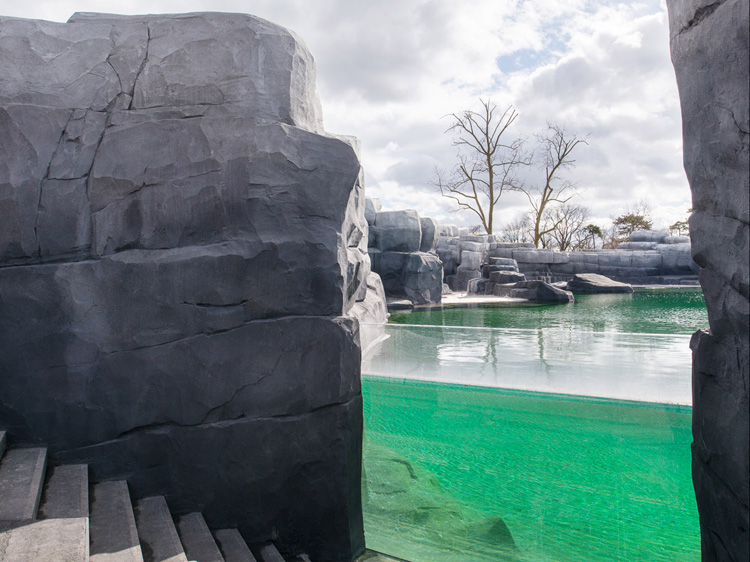 The Vincennes Zoo is part and parcel of Parisian collective memory. Atelier’s proposal consists in preserving the symbolic elements to counteract any temptation for nostalgia. The zoo has been organized around the Gardens’ flagship landmark, the Great Rock. This was one of the brief’s specificities and a strong point in Atelier’s proposal. Renovated in the 1990s, it could be preserved as such, like certain other isolated rocks, ponds and trees. On the other hand, rather than “sticking to the past”, Atelier suggested a total remake of the landscaped spaces. 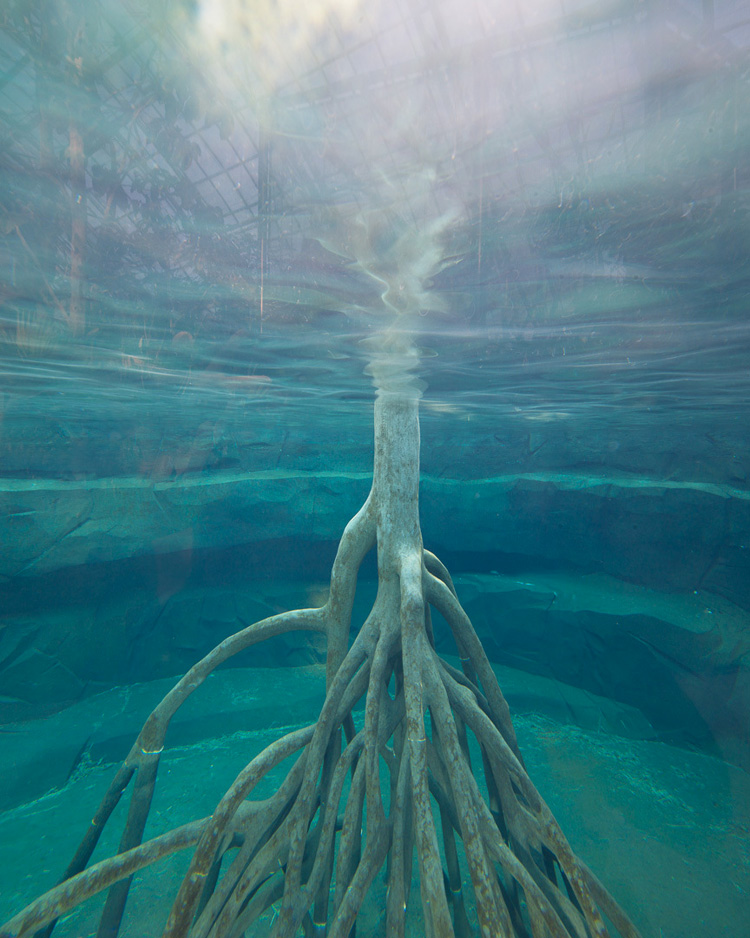 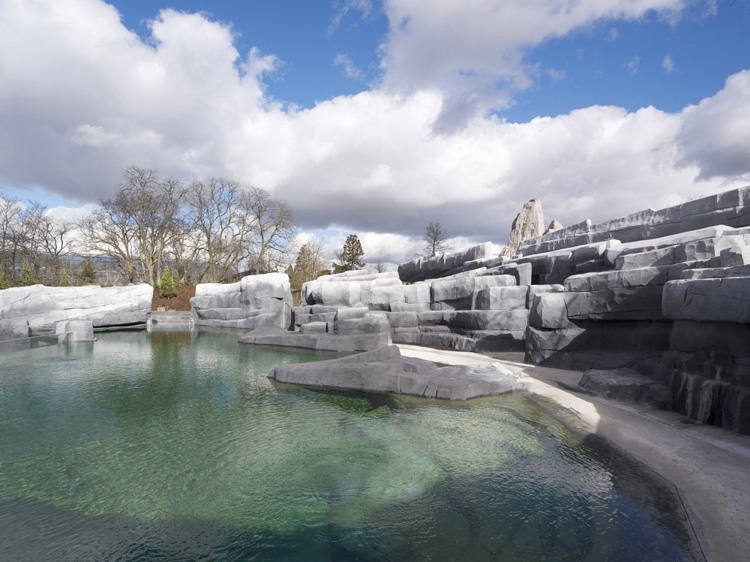 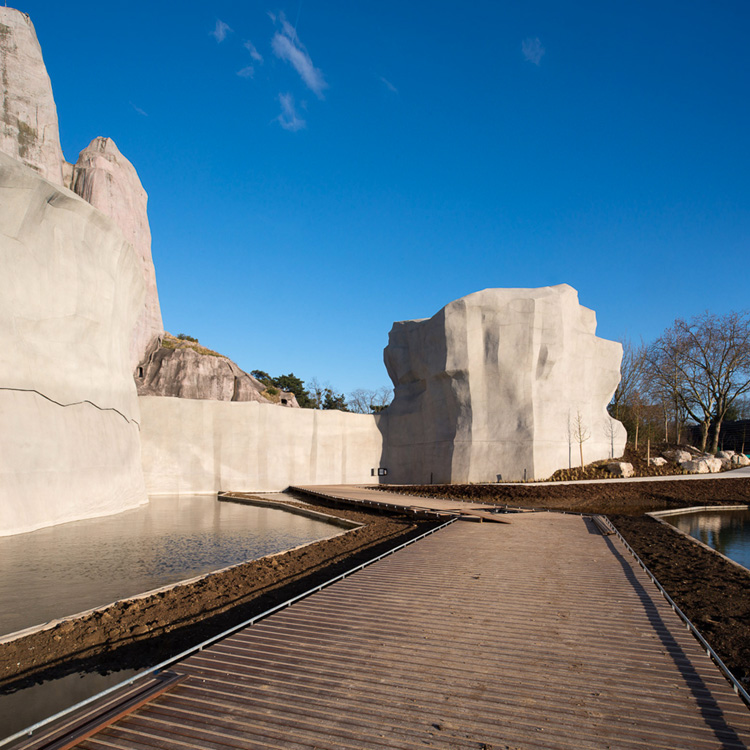 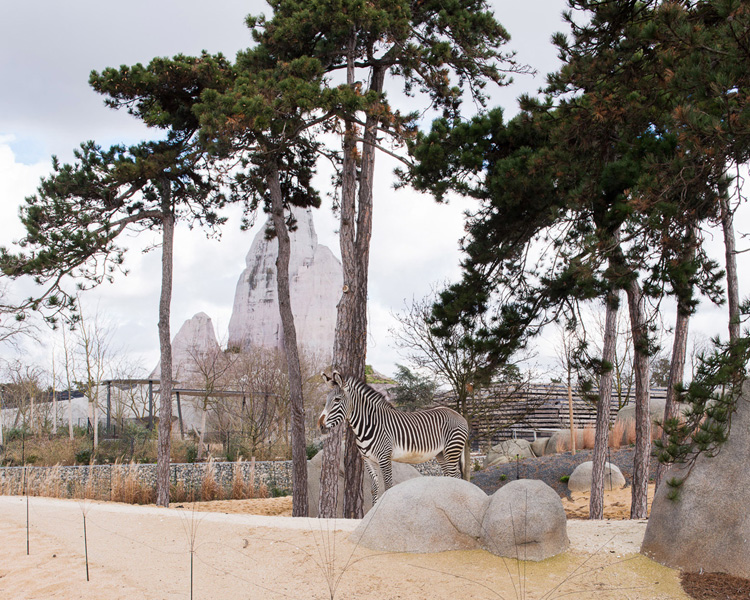 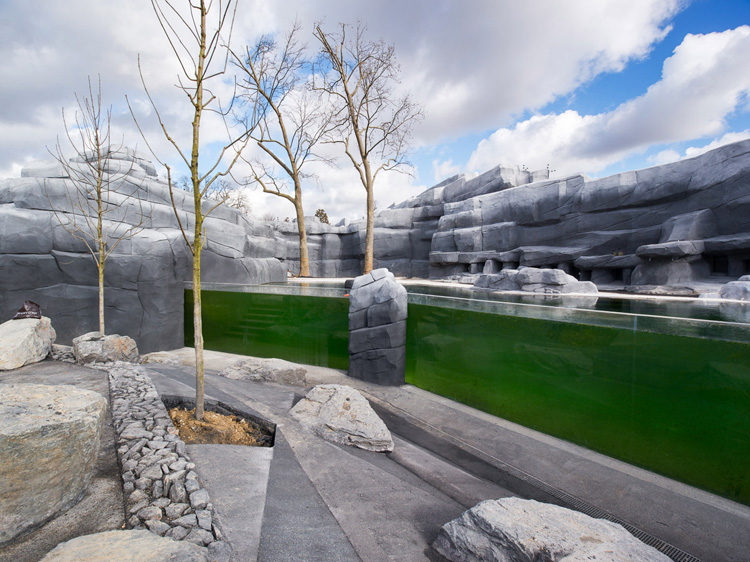 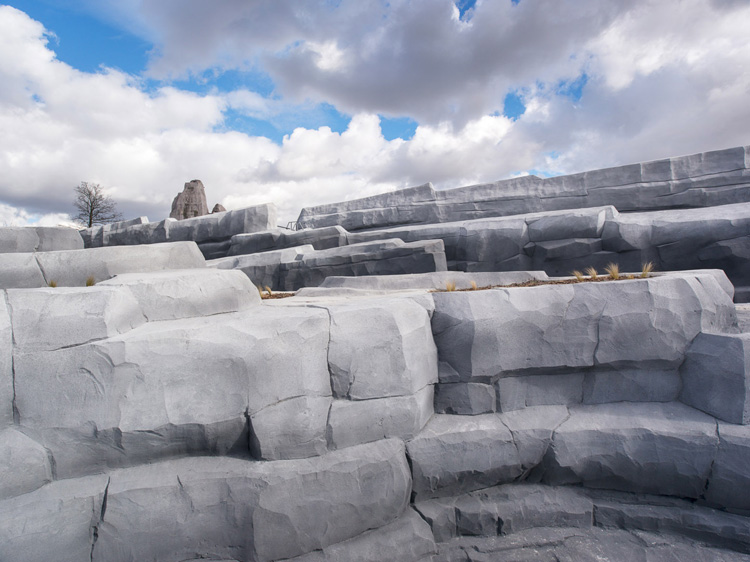 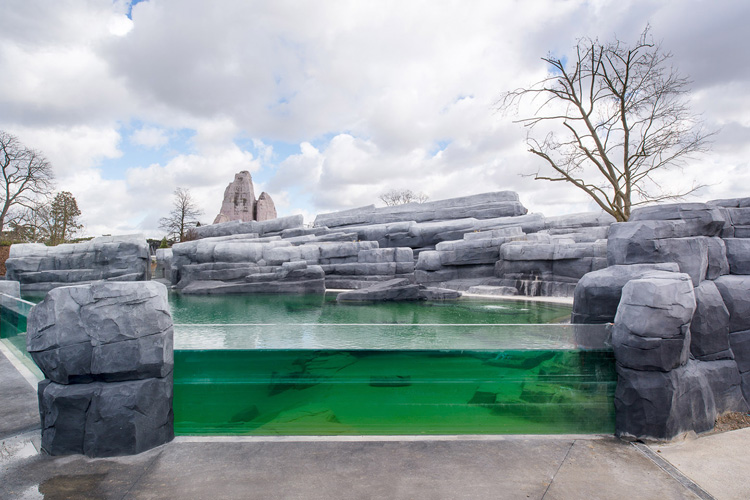 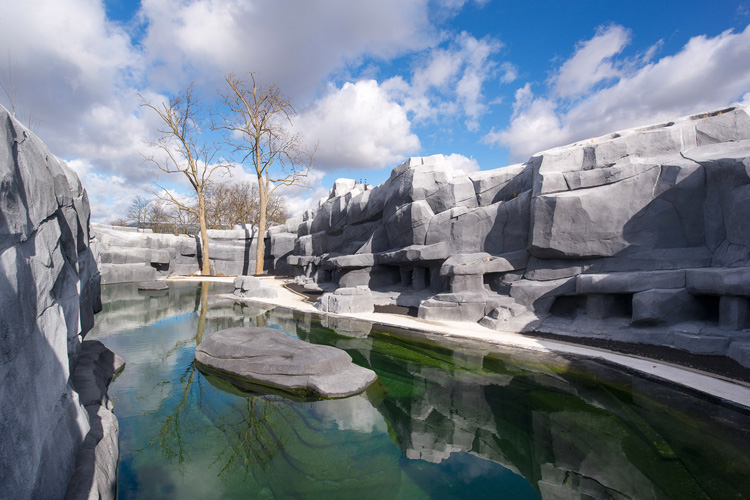 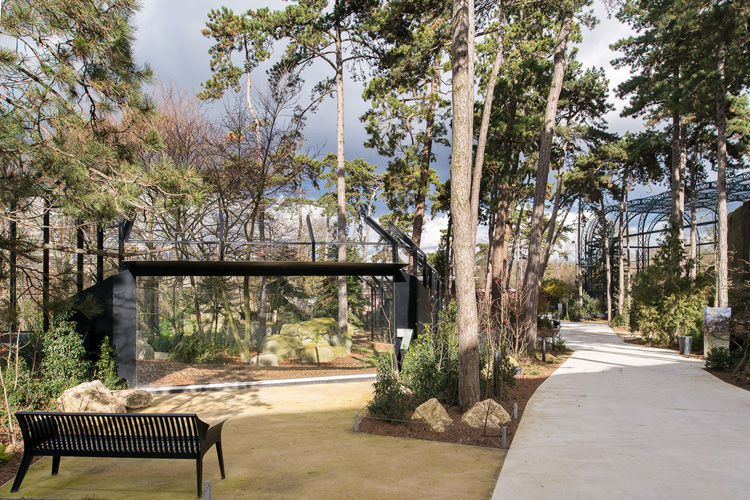