In response to the unattractive maid rooms in Paris, Kitoko Studio has turned an 8 sqm (86 sq ft) space into a functional apartment with clever solutions inspired by Swiss Army knife. Maid rooms in Paris have long been considered unattractive and secluded spaces in the beautiful Haussmann buildings. Always located on the top level under the roof of these buildings, they are characterized by their small size, with rudimentary aesthetic interior spaces and common circulations difficult to access.

Over time, the maid rooms have known different usages, therefore losing their original purpose and becoming attics / storage. Thereafter, the general increase in property prices has also generated a new consideration of these forgotten square meters and generated a renewed housing.

Despite the small area, the space must be functional in order to sleep, and also to cook, eat, wash, work and store a maximum of items. According to the studio, their architectural response that implements many different amenities refers to the “concept of the Swiss Army knife”. The Swiss Army Knife is a simple knife but, by a game of sliding and folding, it can contain a multitude of tools in a very small object. Therefore, the new maid’s room is a modular transcription of such an object with elements of storage, a bed, a table, a wardrobe, a staircase, a kitchenette and a bathroom, all fully integrated within a large closet which can be unfolded according to the needs and changes the perception of space. Once all the elements are folded and stored in this “large closet”, it frees half of the area of the room. 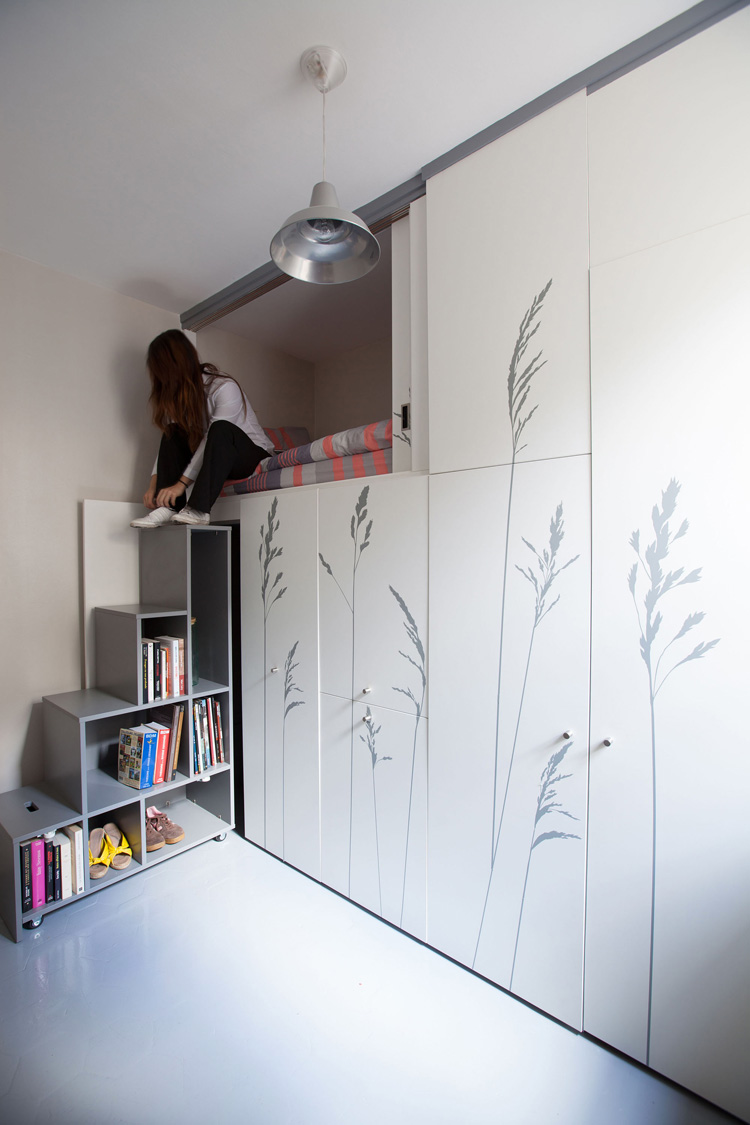 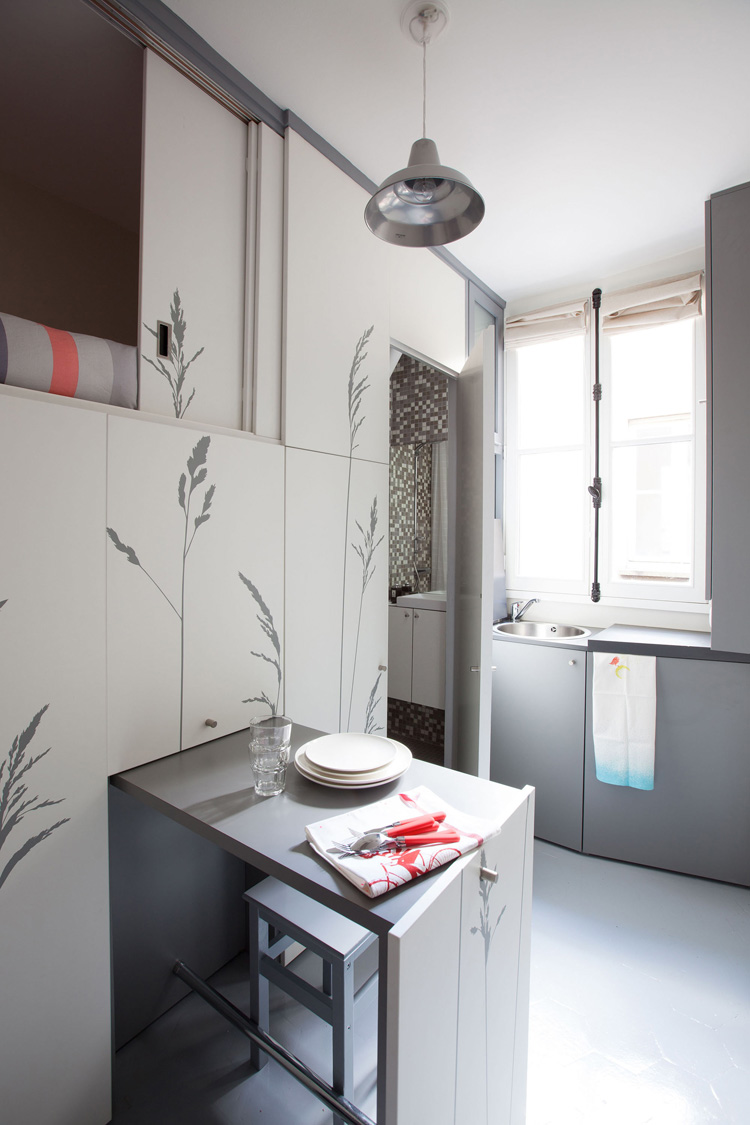 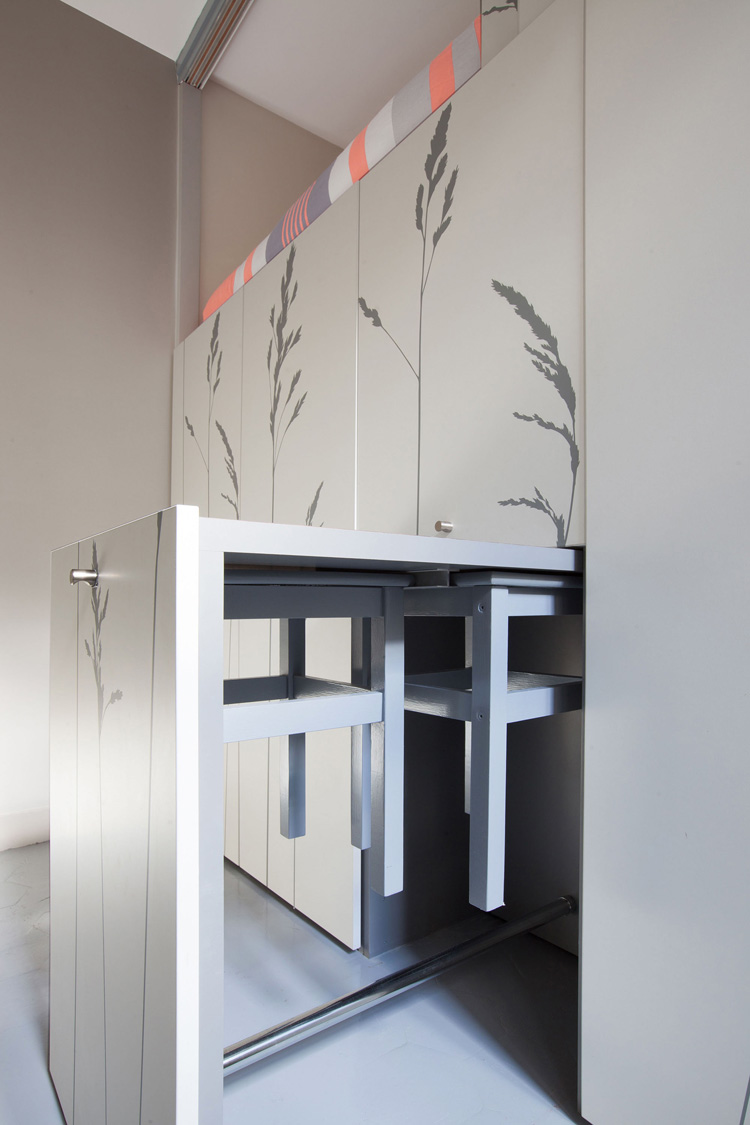 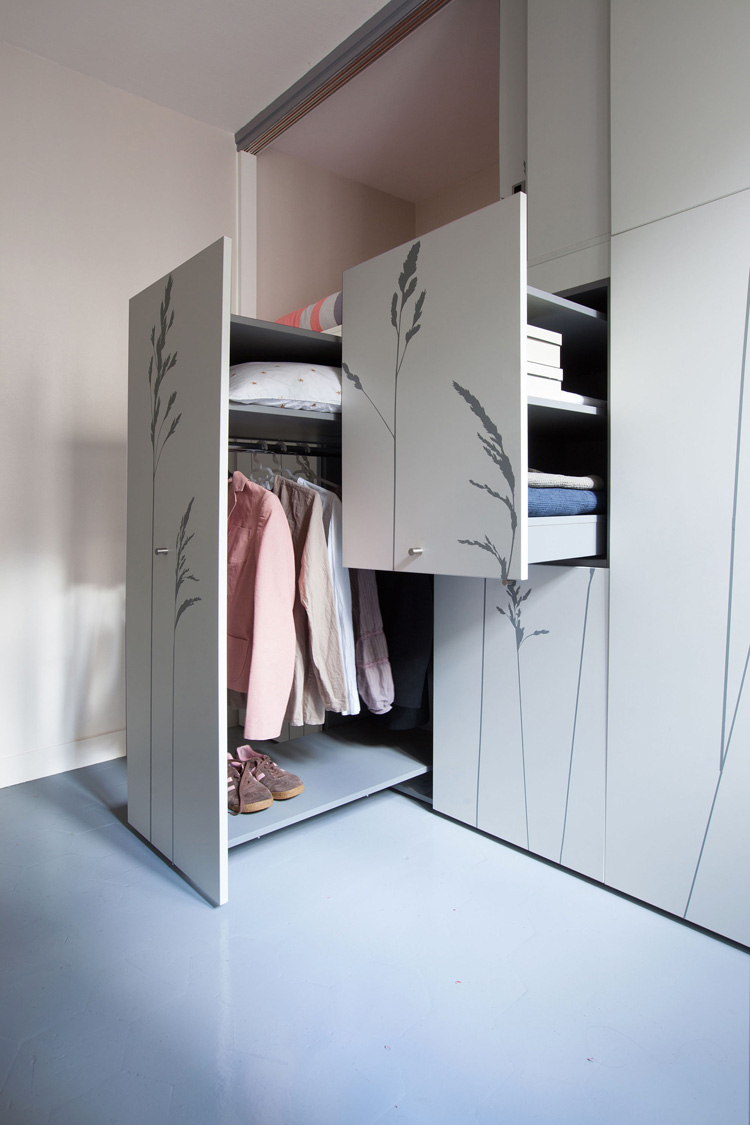 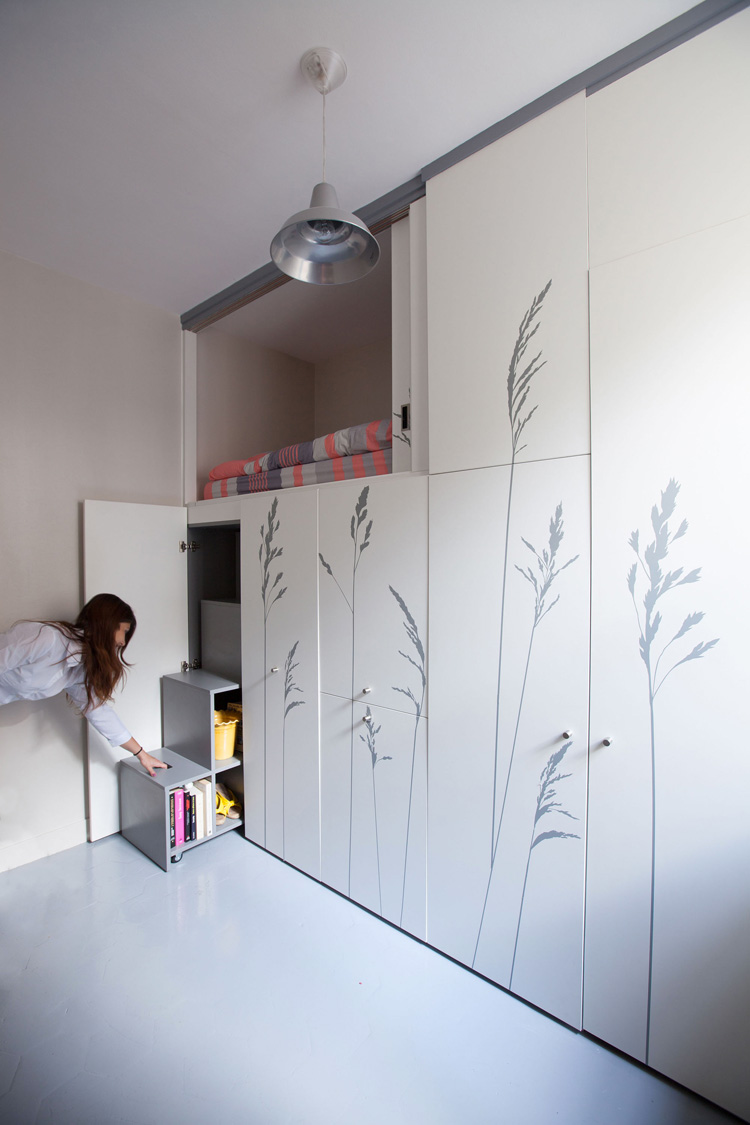 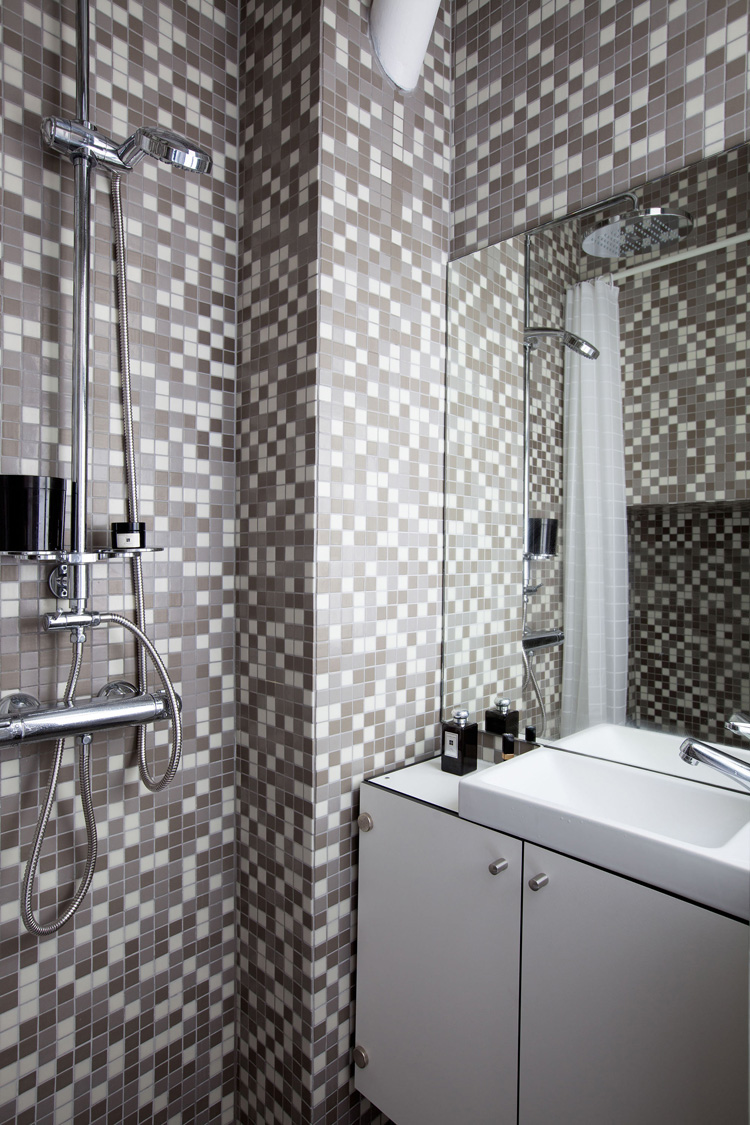 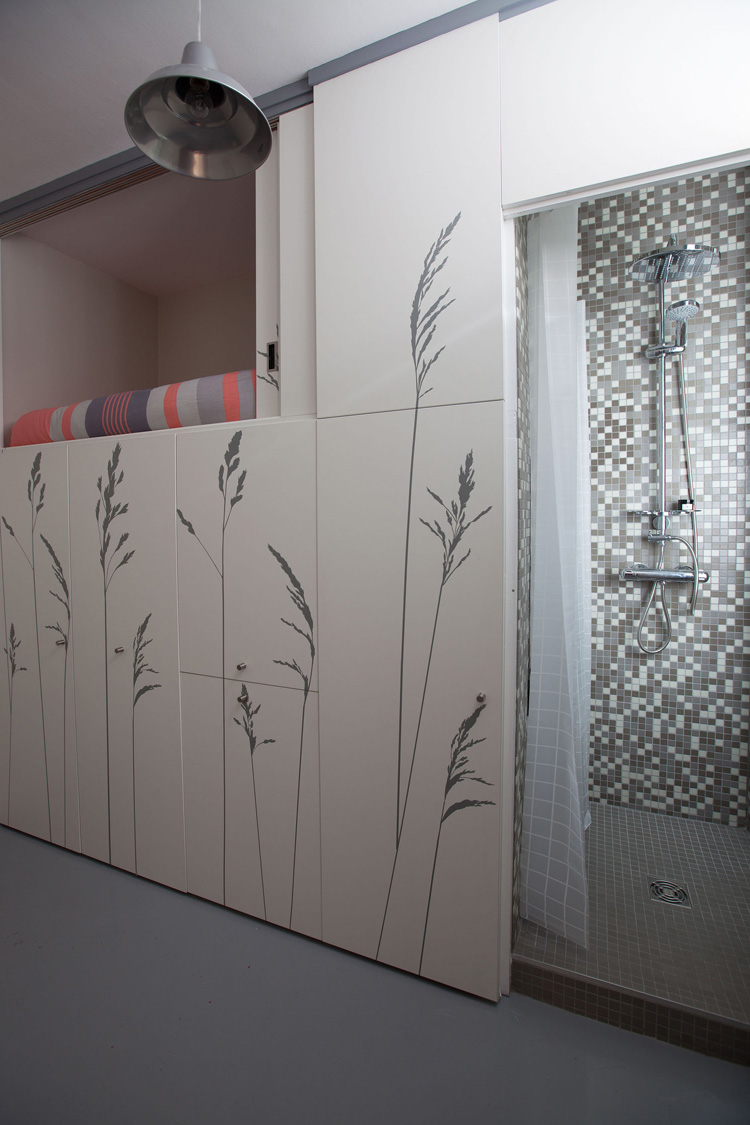 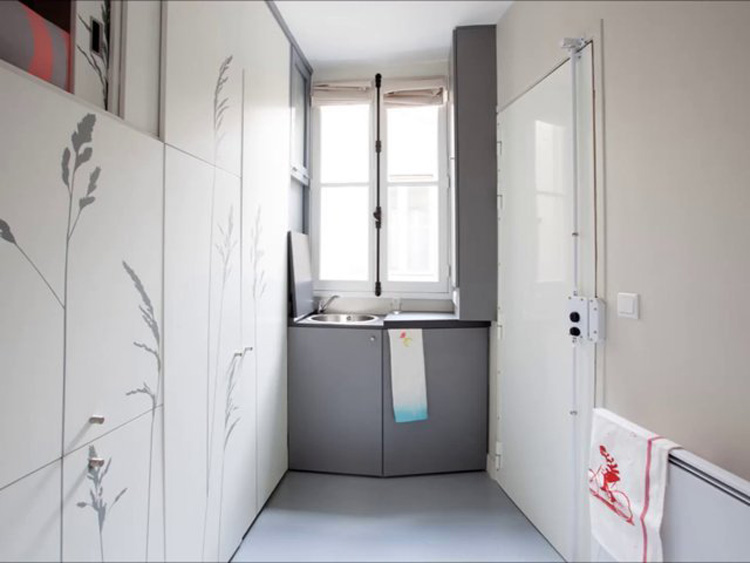 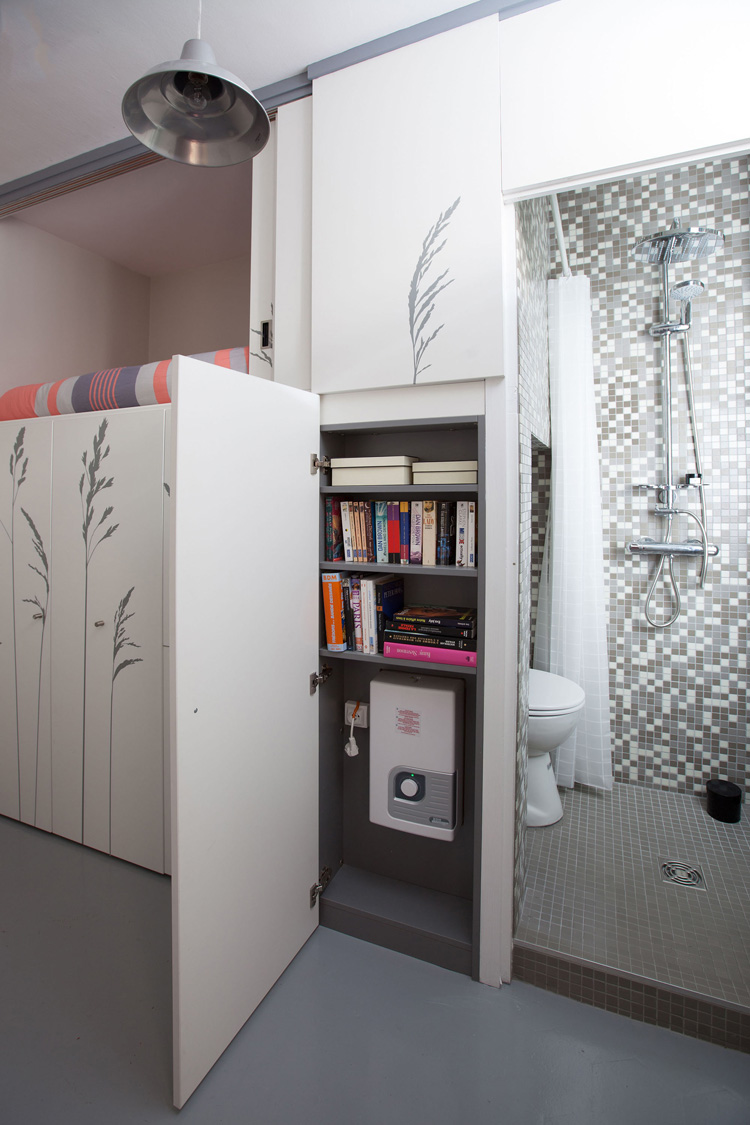 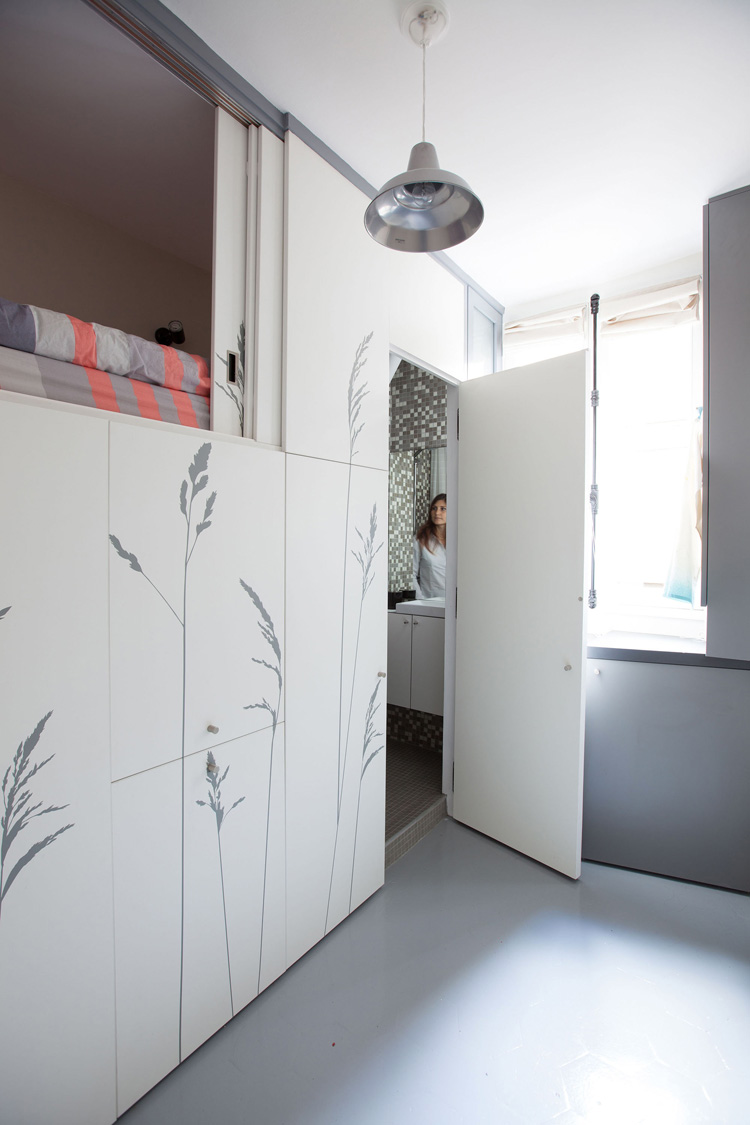