Set within a wooded area of the seaside area of Valeria del Mar, near the city of Pinamar on the Atlantic coast, 360 km south of Buenos Aires, Casa SV by Luciano Kruk Arquitectos is the result of the perfect interaction between slabs of timber-imprinted concrete and sheets of glass. 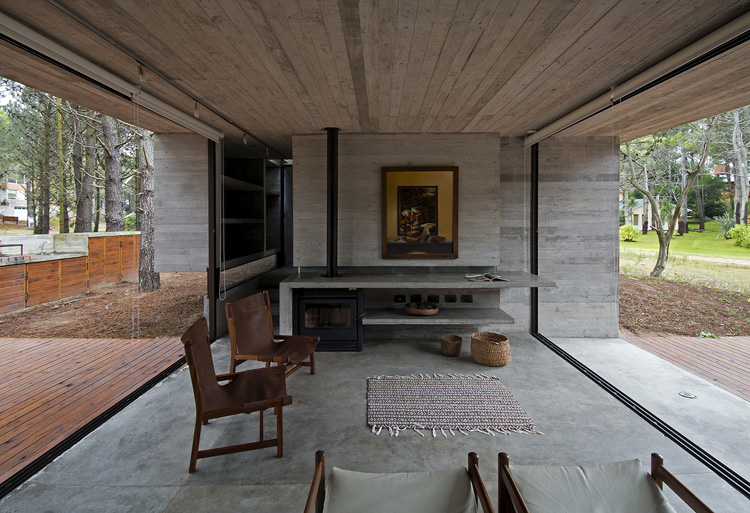 “Our clients asked that the house be as simple as possible and expressly indicated that we place the master bedroom away as much as possible from the other two bedrooms that would work to receive family and other visitors,” said the architects. 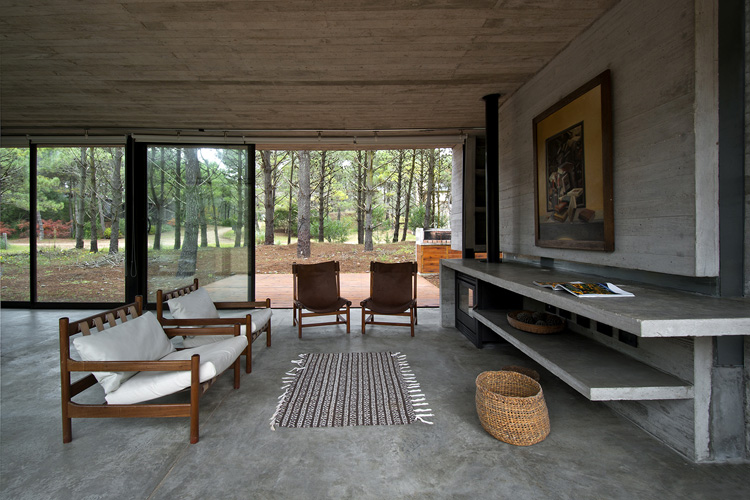 The house was designed as a single volume of strongly elongated proportions, placing the master bedroom on one end and the other two bedrooms on the opposite end, and forming the central space as the meeting area for the whole family, looking for a good direct relationship (and even almost indeterminate) to the outside. 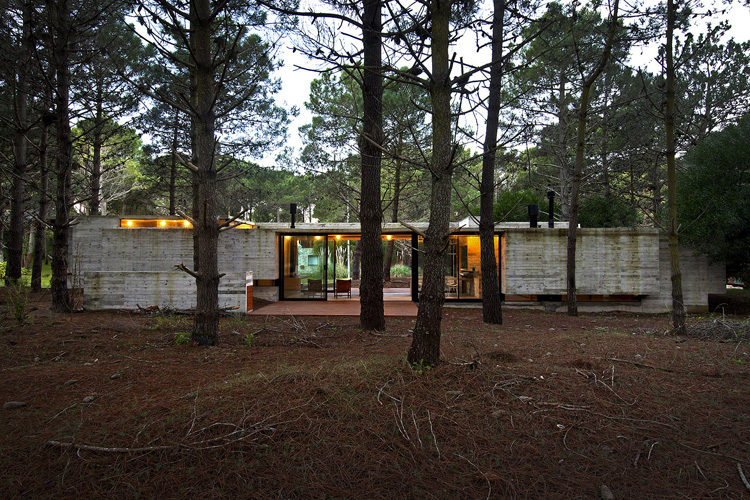 Architects used exposed concrete to exploit its sculptural qualities while avoiding maintenance later in the life of the house, proving this to be a great summer home which will also be rented seasonally. 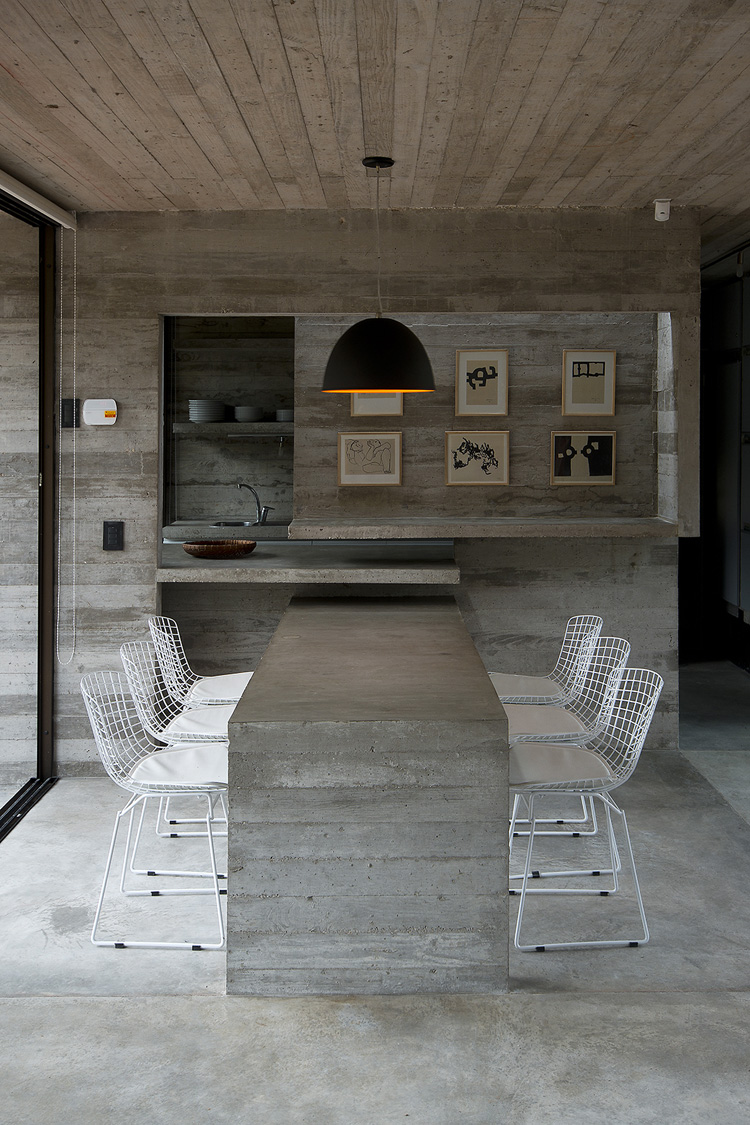 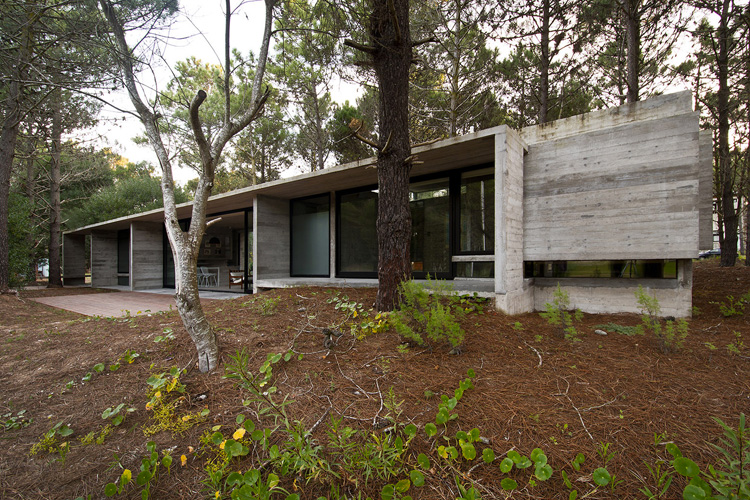 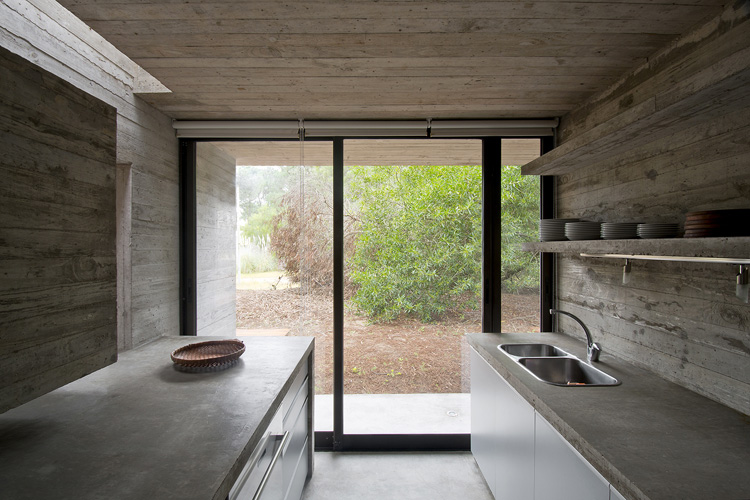 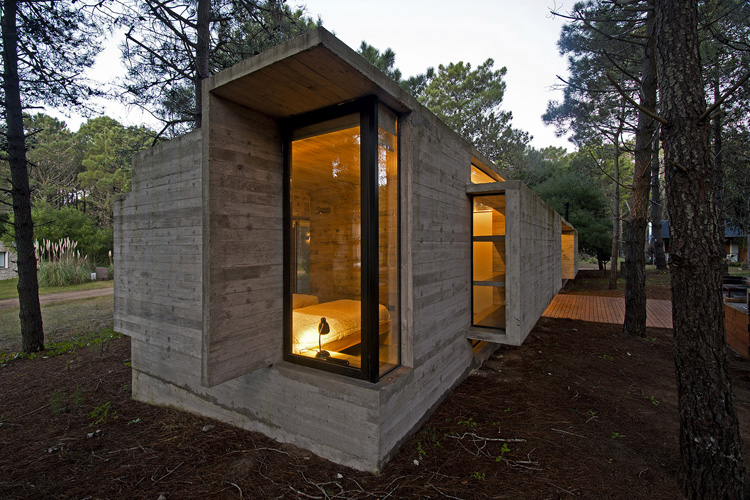 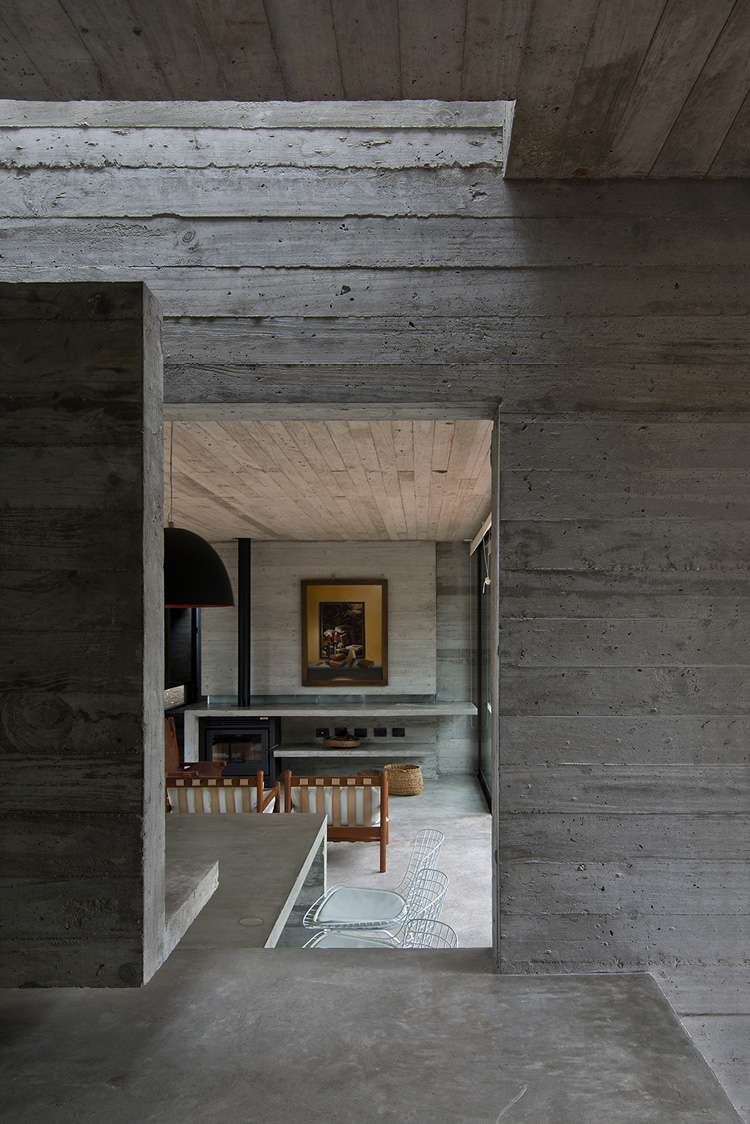