Ukrainian architecture firm 2B.Group have recently completed The Cake, a modern French pastry shop in Kiev, Ukraine. Architects disputed about name for the design longer than worked on it, which took record-breaking shortest term: four months from first sketches till open day rehearsal. However, they have eventually reconciled with calling it after music genre – “indie” design.

The diversity of images and forms presented in the 80m2-main hall has only been achieved due to the fact that most of design elements have been handcrafted. 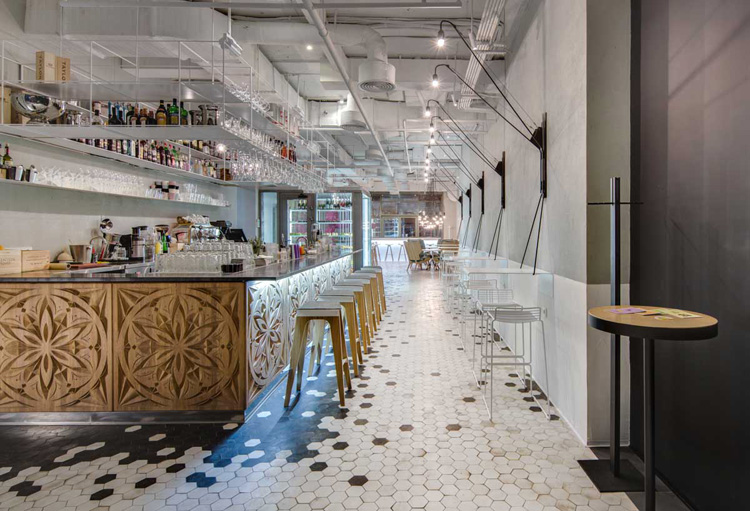 On the contrast to the piles of cakes of ideal geometrical form installed behind the transparent walls of the kitchen, every floor concrete tile has its wrinkle as each of 10.000 of them has been handcrafted. Yet altogether they make up harmonized puzzled surface. 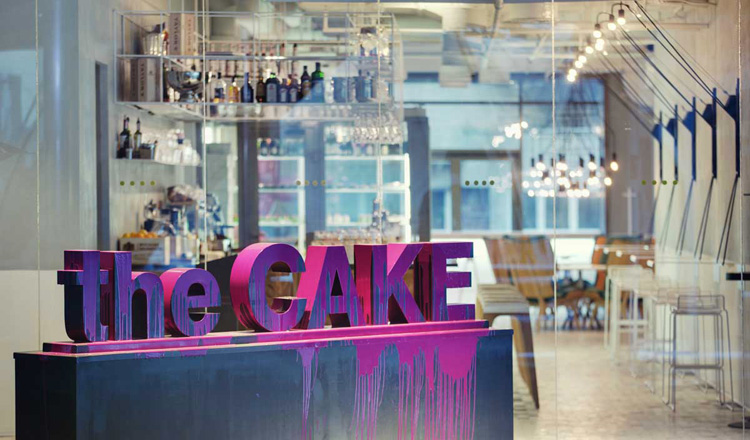 On a pale and color-muted background of the interior, a glossy pink sculpture looks extremely contrast – just like a glazed cake on a white plate. Sun light walks in through massive windows, fills up the whole space and reaches the opposite glass walls adding contrast to the beautifully carved bar wooden panels on its way. 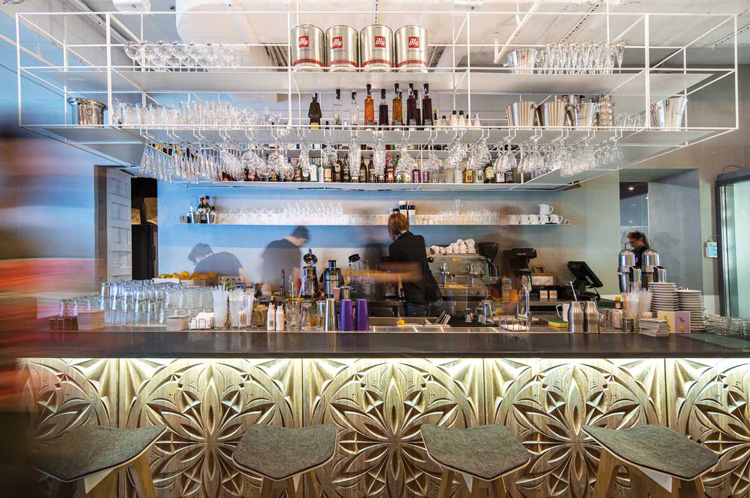 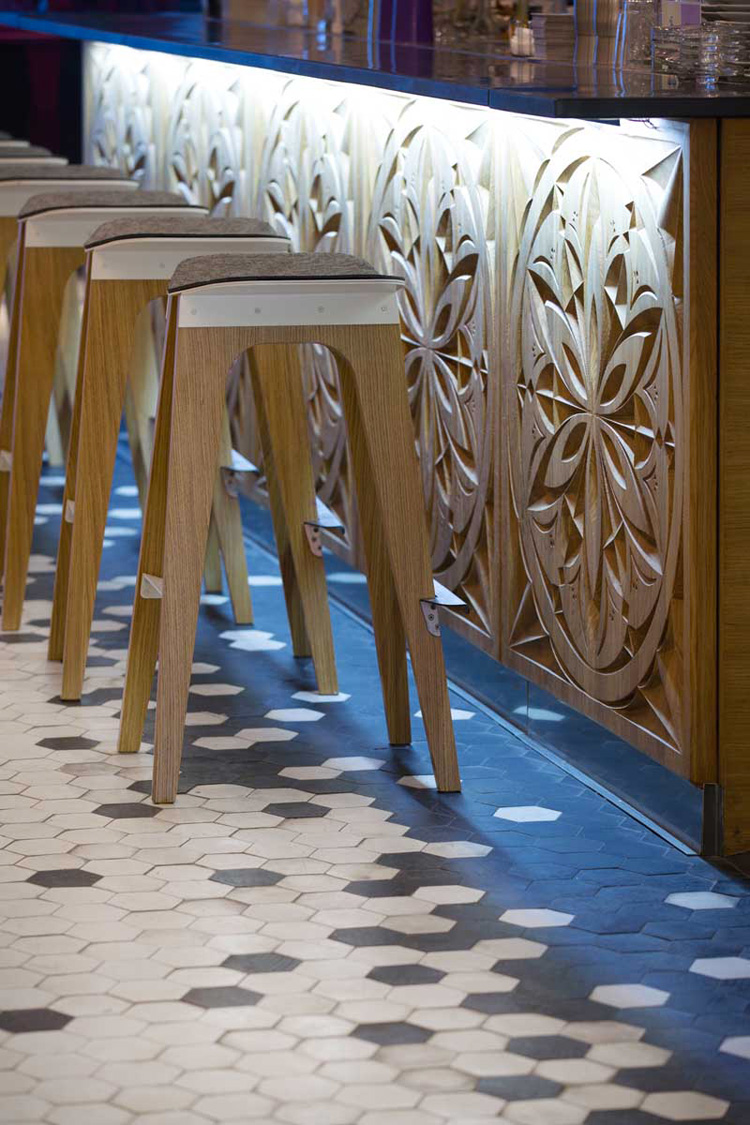 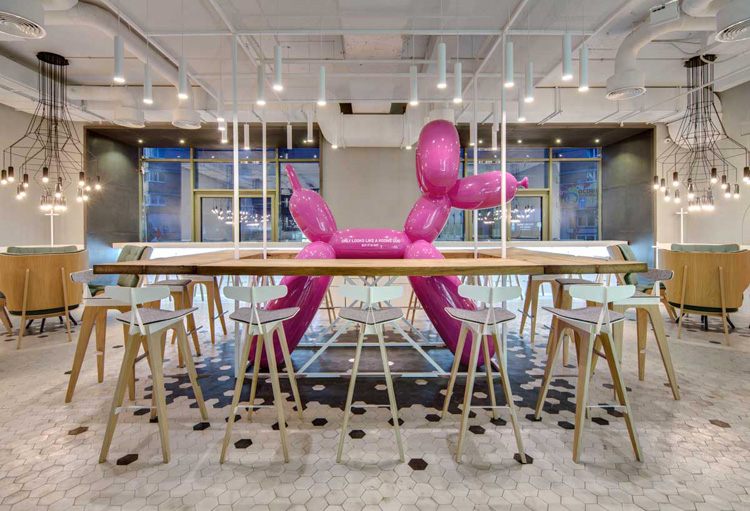 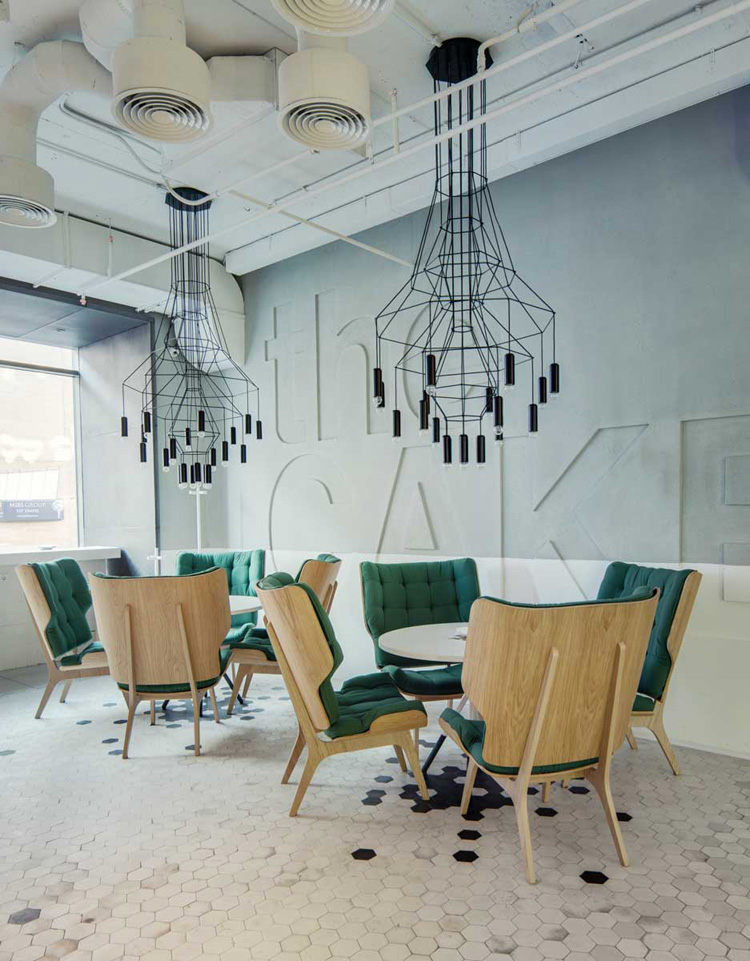 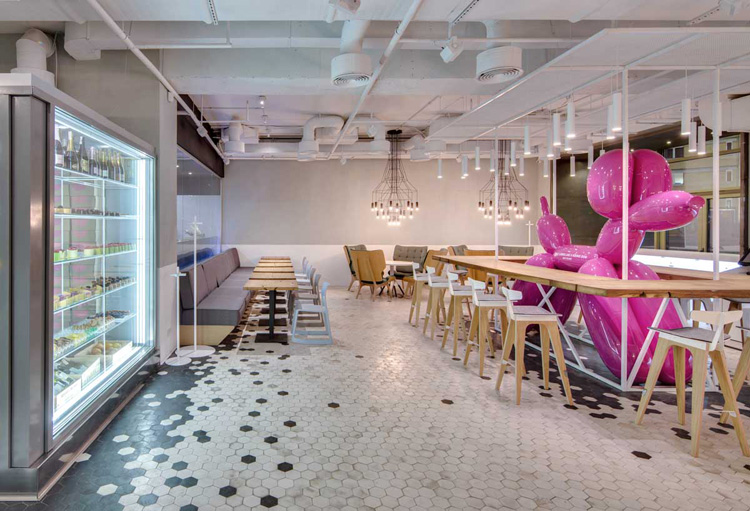 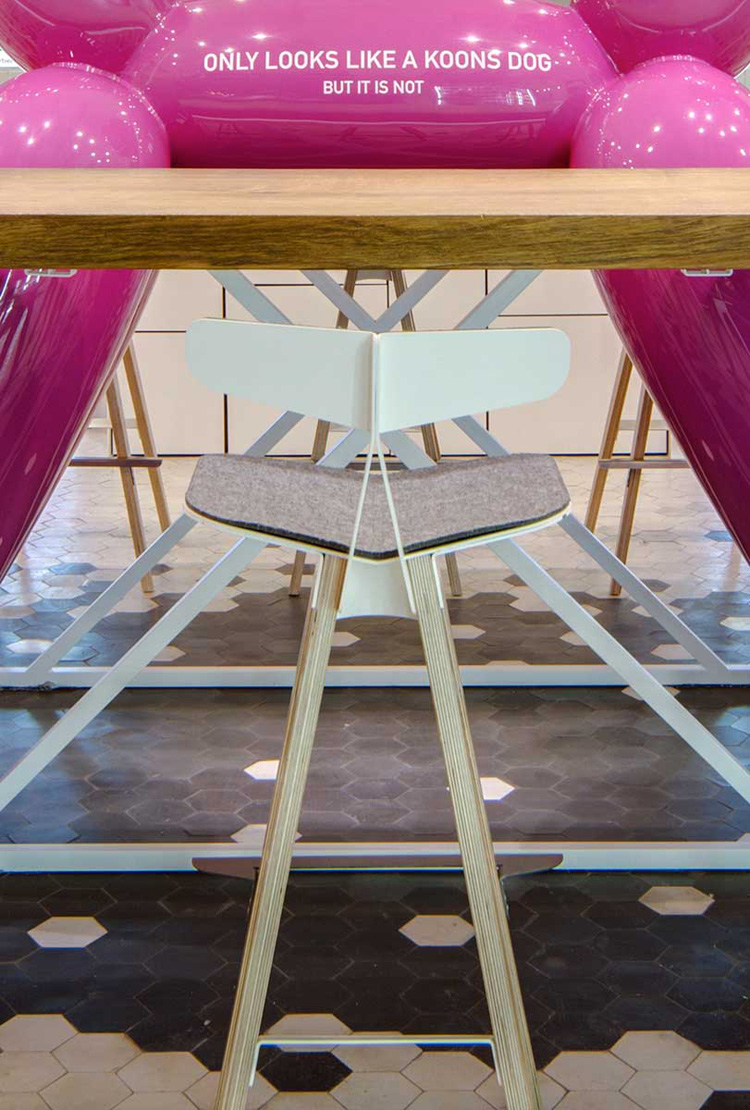 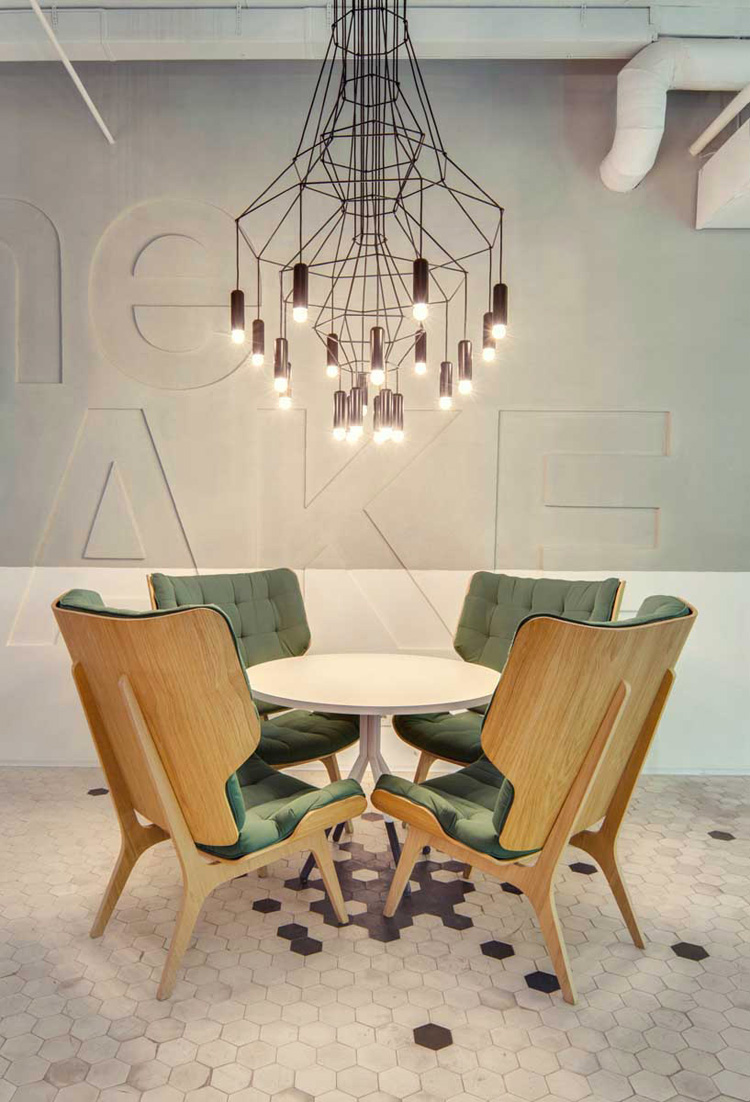 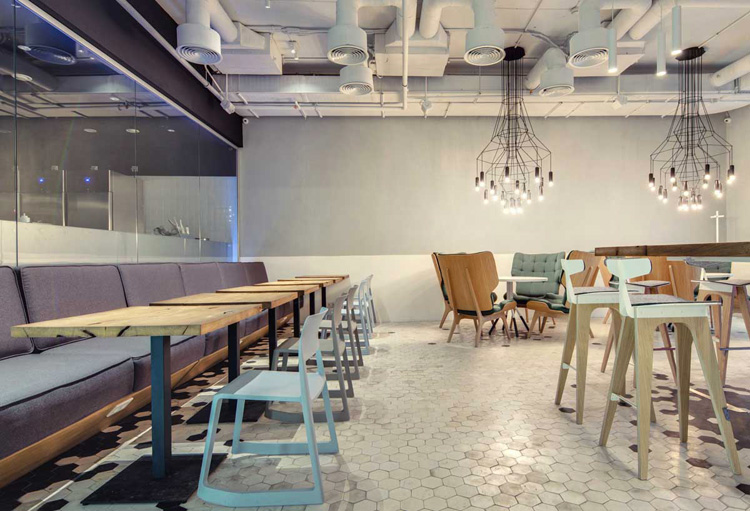 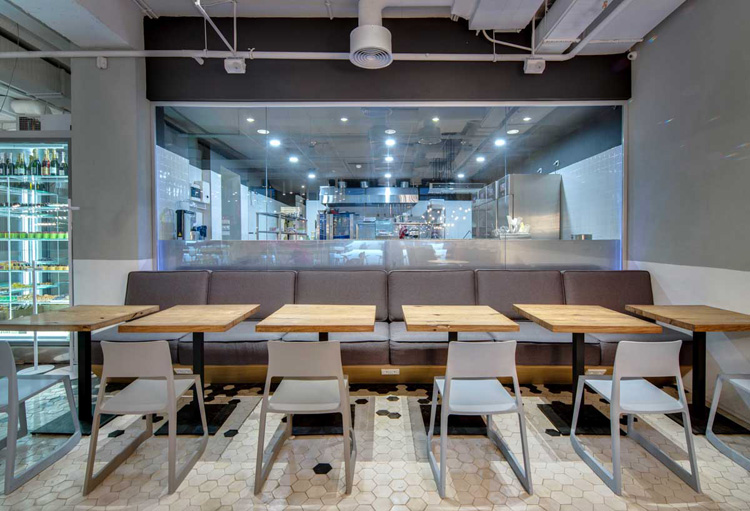 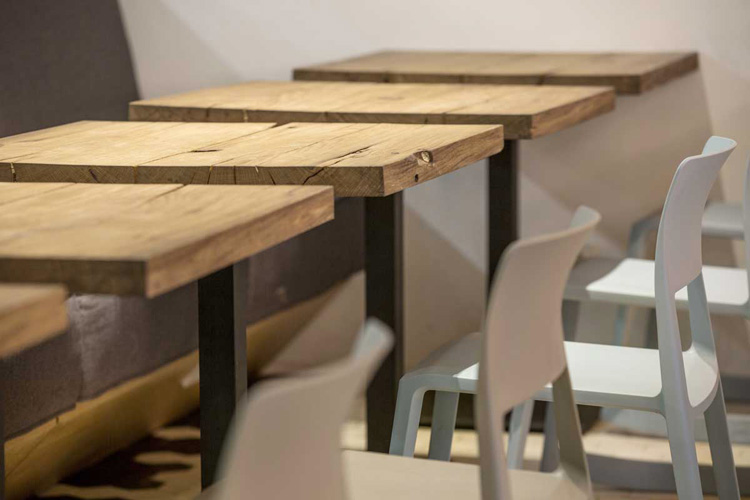 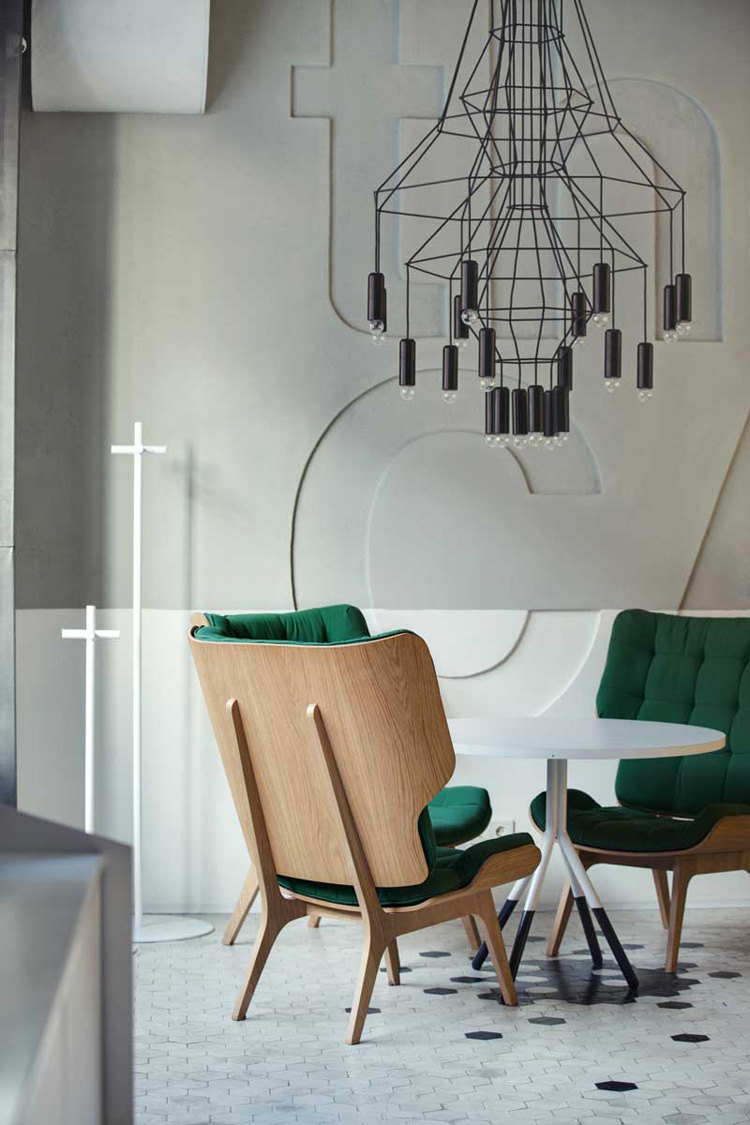 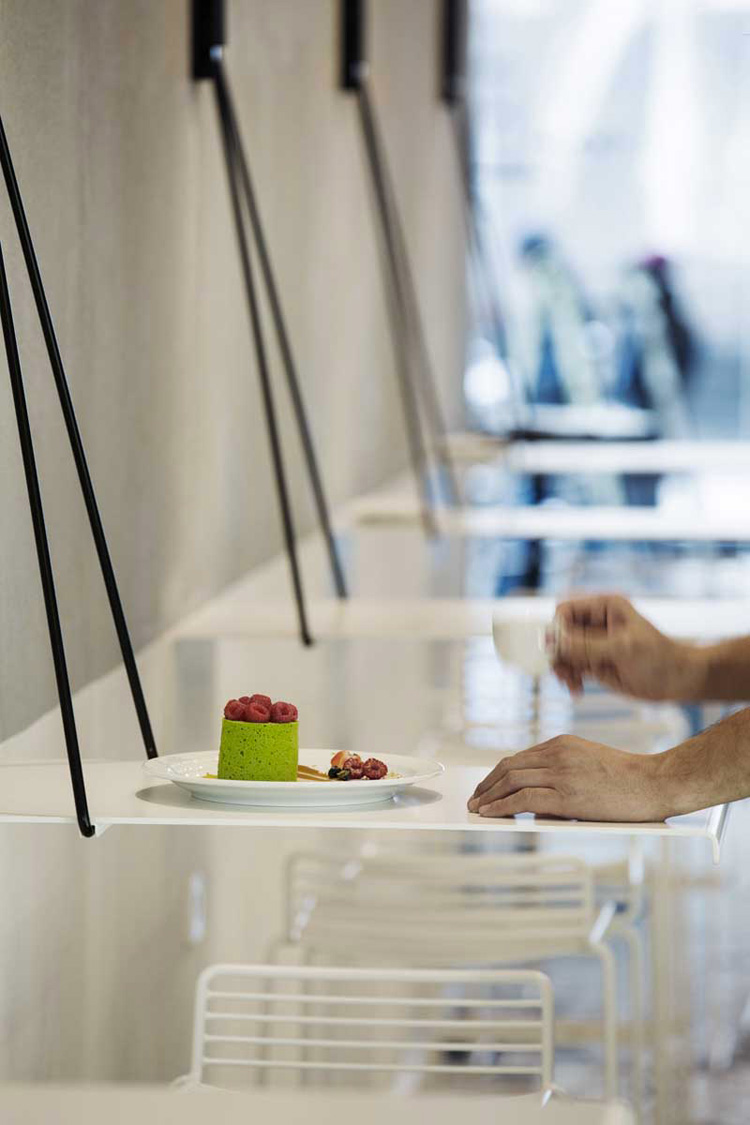