Titled wonderWALL, the space is characterized by a structure suspended form the skylight on the central square of the Colombo Shopping Mall in Lisbon, Portugal, with about 14 feet in diameter and 4 feet tall, which defines space – exterior and interior – by the multiplication of numerous strips of fabric. Never touching the floor of the mall itself – which exposes the artist’s work – it allows to see, from the outside, a continuous line of coloured light coming from the inside, and, from the inside, to see an unbroken line of light from outside. 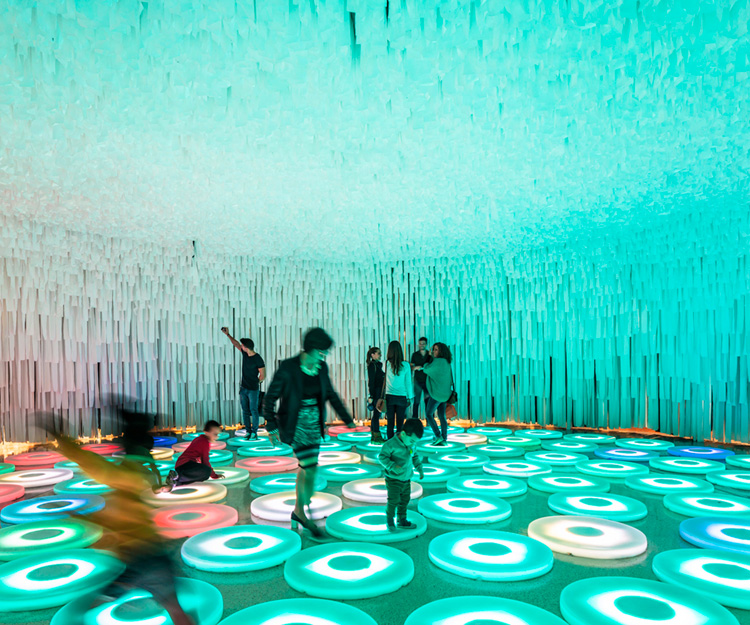 The temporary exhibition space presents an abstract skin, a textile facade built in black fabric, completely apprehensible by visitors and continuing throughout its surface, which oscillates with airflows. The cylindrical space seeks to emphasize the centrality of the exposed artwork, which has assumed a critical importance in the design space, enhanced by the abdication of a main entrance in favour of a fully permeable facade that dissolves the entrance along the entire periphery of the installation space. 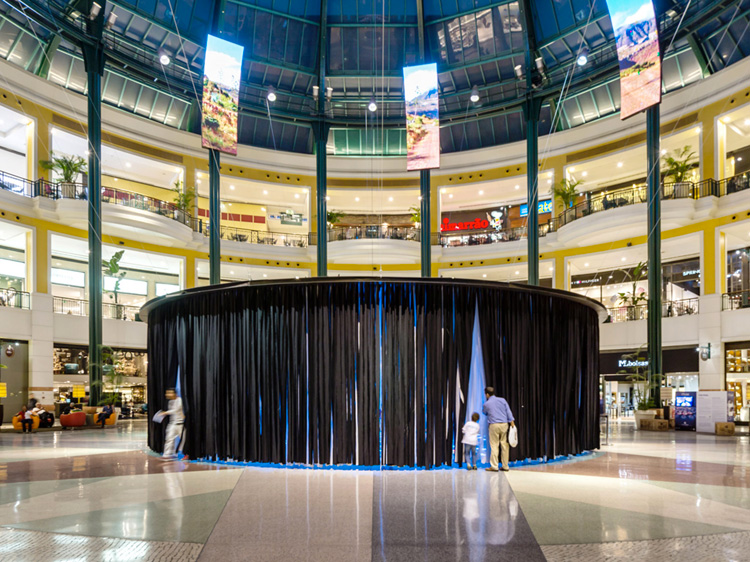 For brightness control issues, the work of Jen Lewin is not visible from the outside. wonderWALL was sought to create an immersive space, which raises awareness of the act of entrance through the will in finding a space that is not completely visible from the outside. At the same time, the absence of physical barriers to free movement demand from visitors in the appropriation of space, preparing them for interaction with the work of Jen Lewin. 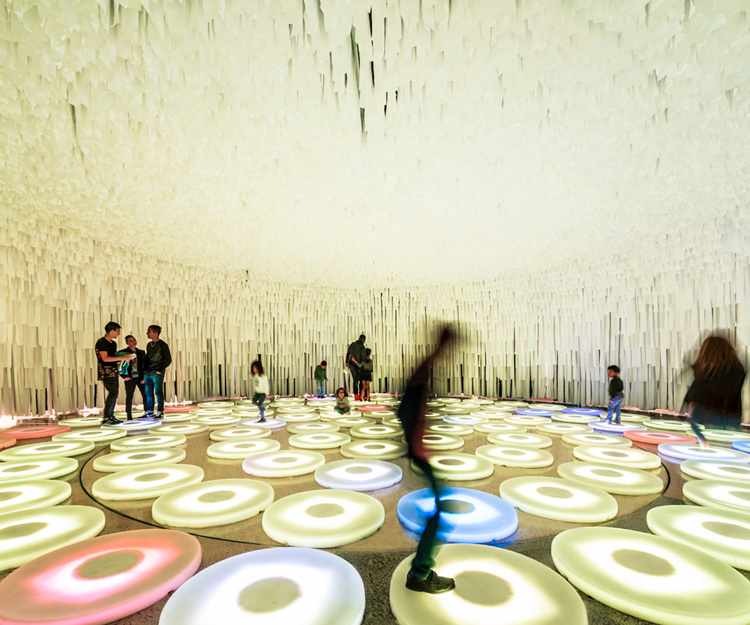 Protected from the bright light from the shopping, the interior of the exhibition space is a totally white dome created to make stand out ‘The Pool’, by reflecting, in its immense surface, the chromatic variations that characterize the interactive light artwork. At the same time, the material continuity and the absence of spatial references helped to make visitors getting lost, even if just for a moment, in that colourful wonder space. 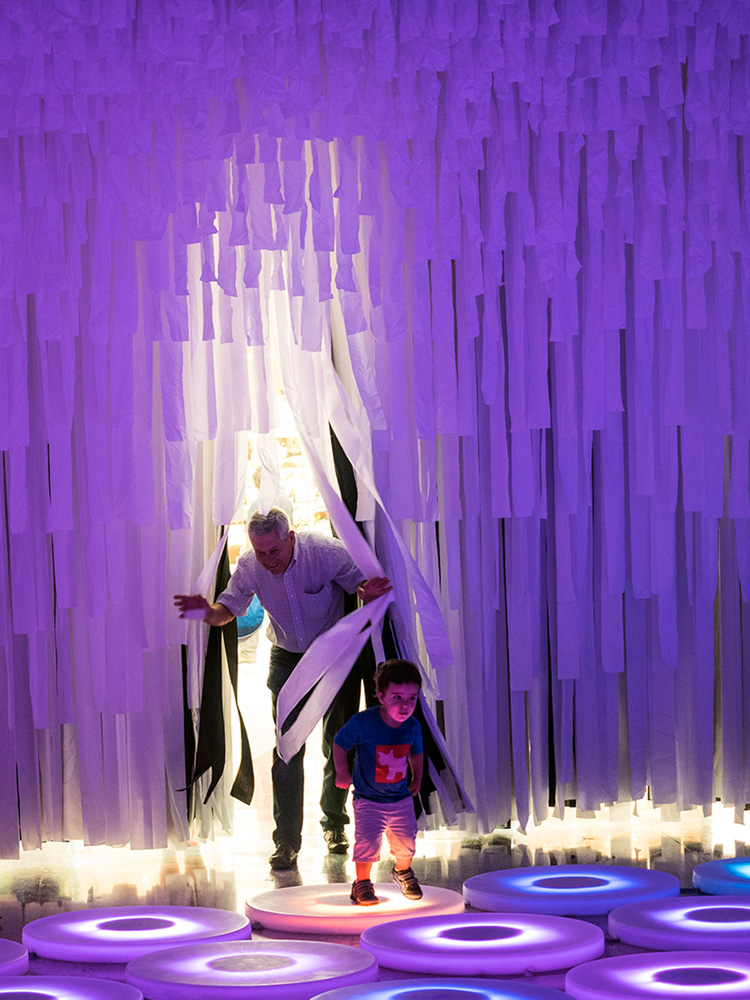 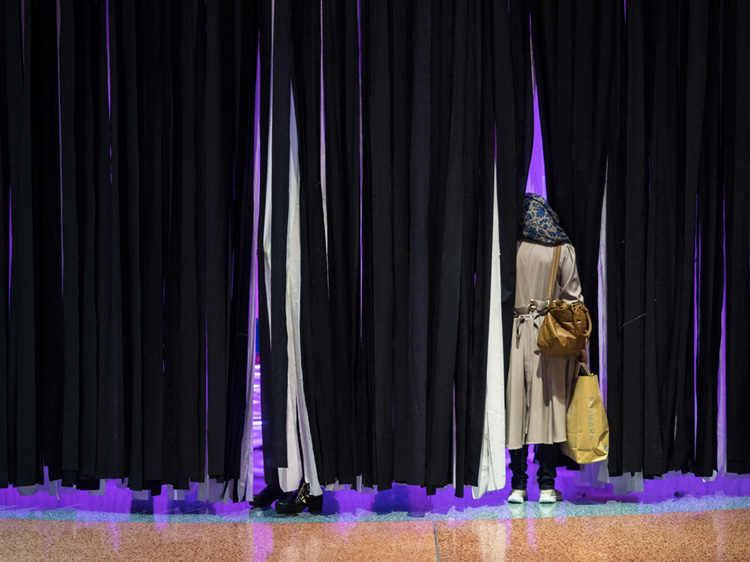 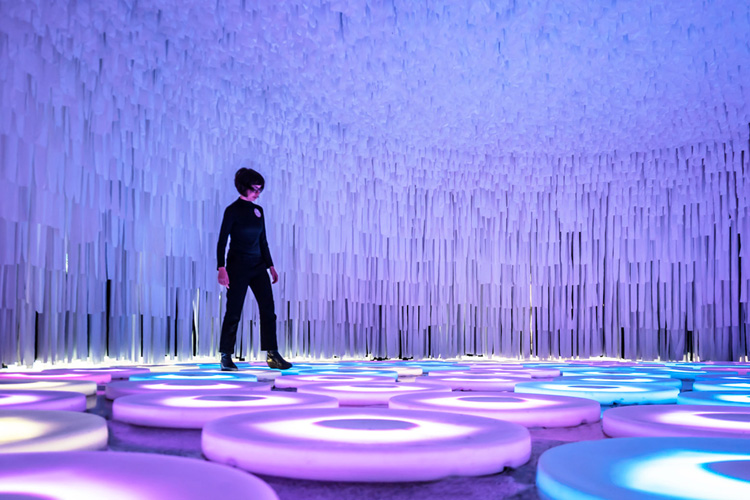 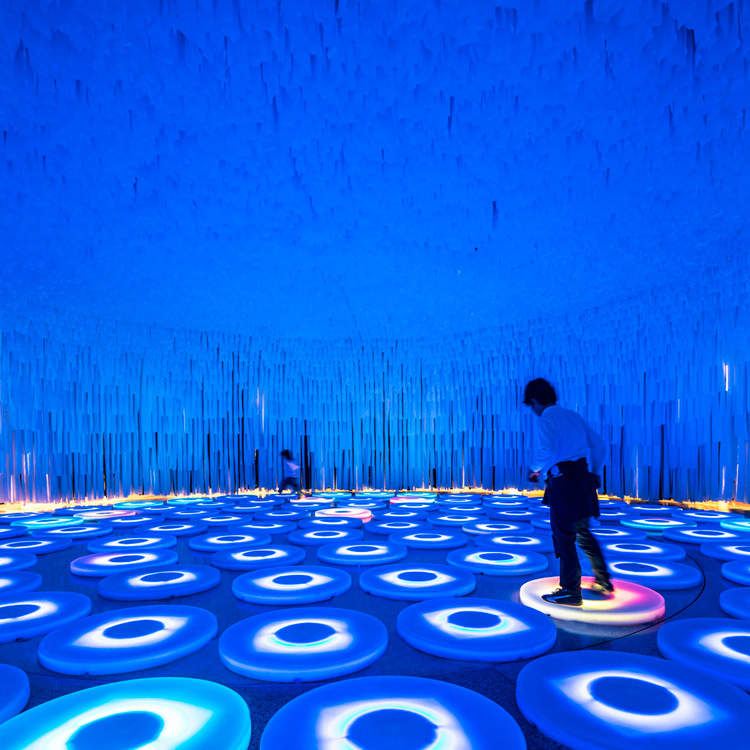 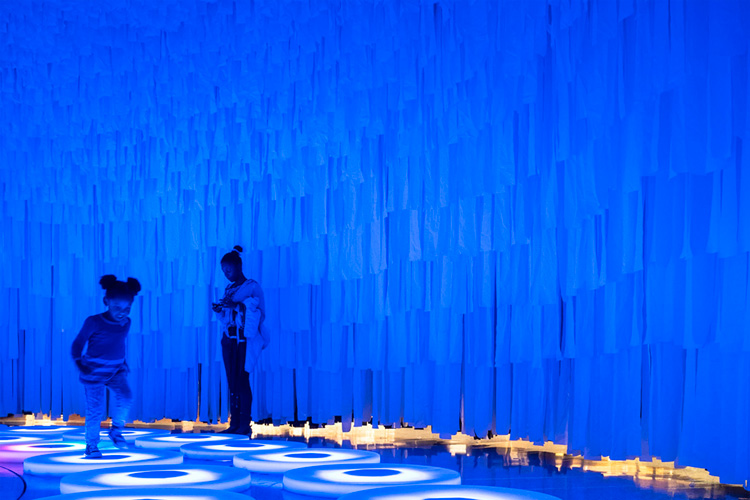 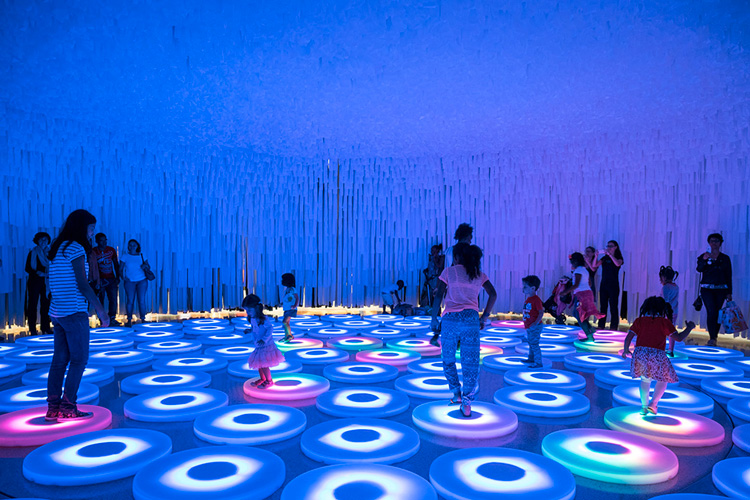 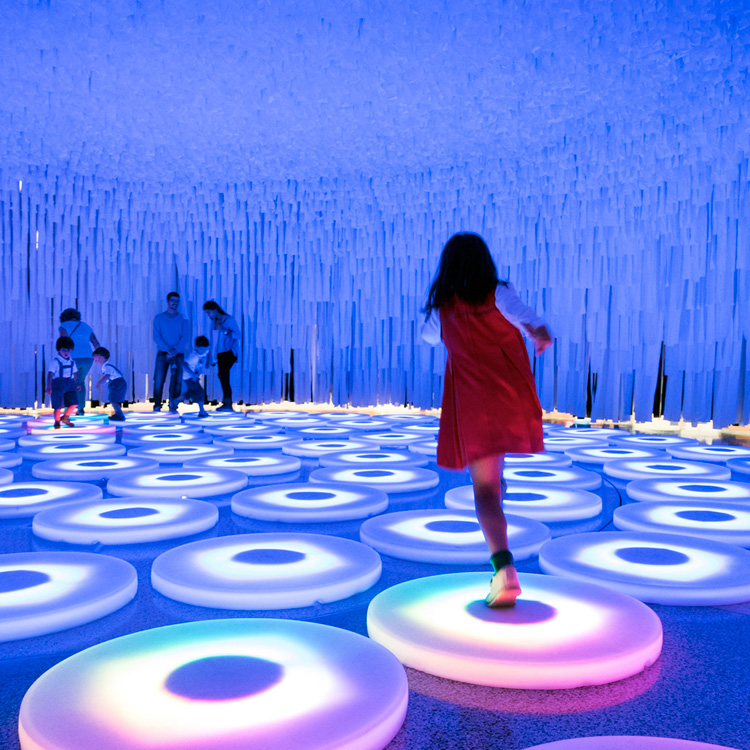 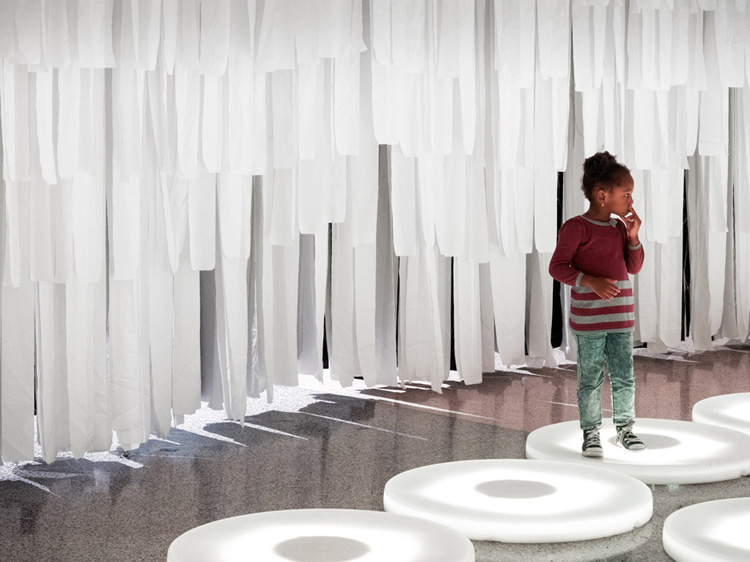 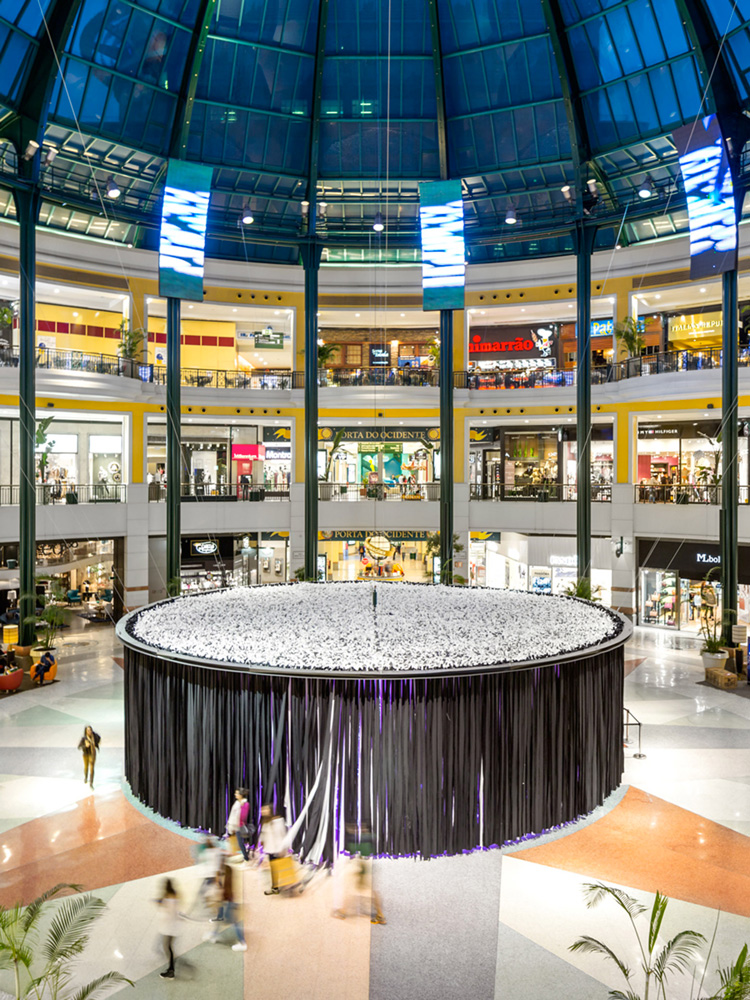