In October 2014 Bazar Noir, a new concept store that sells unique objects and accessories for the home, has opened its doors to the public in Berlin. In order to allow for a constant change of exhibits, the task for local interior design studio Hidden Fortress was to design an extremely adaptable and flexible space, preferably leaving the atmosphere of the raw building and the lofty character of the space intact. 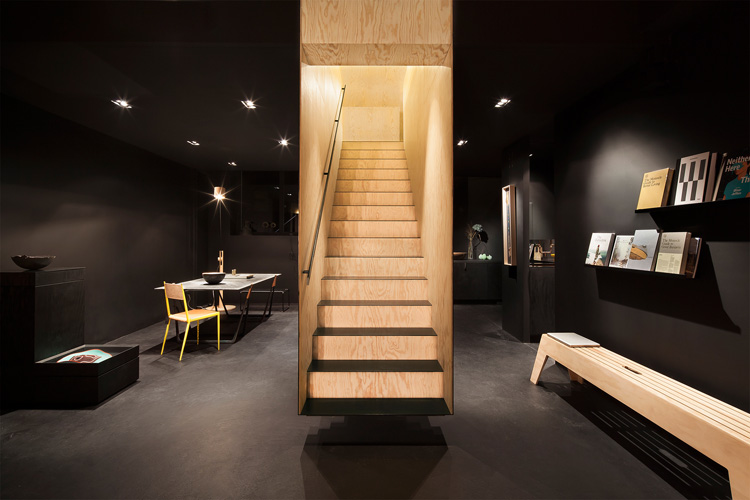 The color black is the anchor in the concept work for the store. The challenge was to realize the same tone/tint in a variety of surfaces, materials and production methods. The special presentation of the 2nd floor was achieved by separating it in a stark contrast from the rest of the store. Using maritime pine as a main component provides a strong image due to its large grain, in its original color light white/yellowish as well as in tinted black. While it became the main material for the upper floor in its original color, it was also used in black for most of the furniture of the main floor. Thus the upper floor with its strongly different atmosphere could at the same time be integrated and separated from the darker main floor. To this play of black and white, elements of copper, glass and high-quality fabrics were added, resulting in an overall warm and cozy atmosphere in spite of the strong minimalism of the store interior. 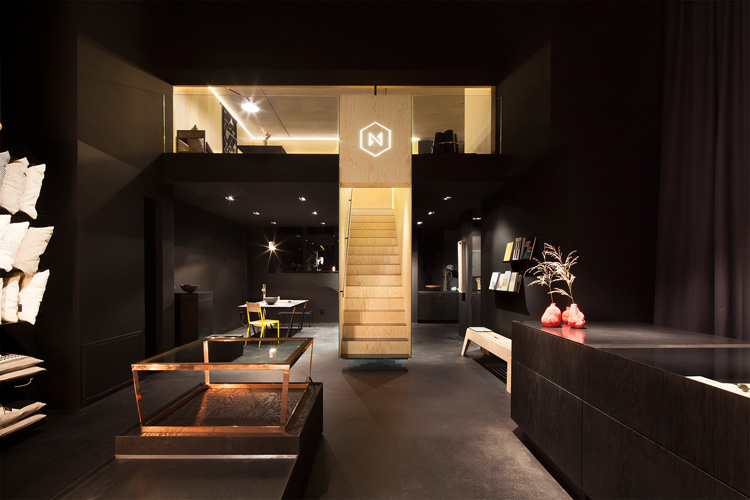 Another pillar of the strong symbolism/imagery used is the staircase itself. Defying gravity, it freely floats in the room with no connection to the ground of the main floor. Since it is also panelled in light maritime pine on the inside it draws in the light and becomes a landmark in the room as well as attracts the view and curiosity, subtly leading the visitor upstairs. 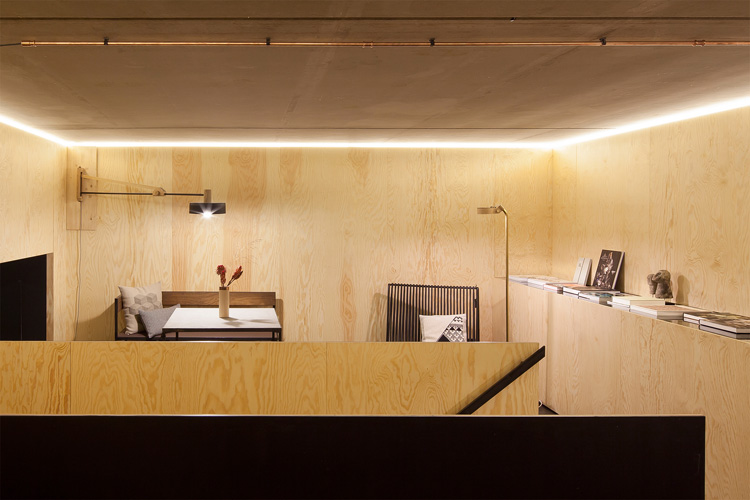 The dominating areas and visual axis’s of the main floor are the tea kitchen in the back part of the room and the presentation rack in the front, a glass-top counter, the side walls of the staircase, and a glass wall at the front edge of the balcony. The divisions and connections between these areas and between the two floors, are designed to allow a variety of new perspectives while one wanders around in the space. This softens the division between the upper and lower area, and contradicts the stronger division of dark downstairs and light upstairs. “The result is a strong feeling of a homogeneous space in spite of its division between the two floors”, as commented by Catherine Pfisterer, the owner of Bazar Noir. 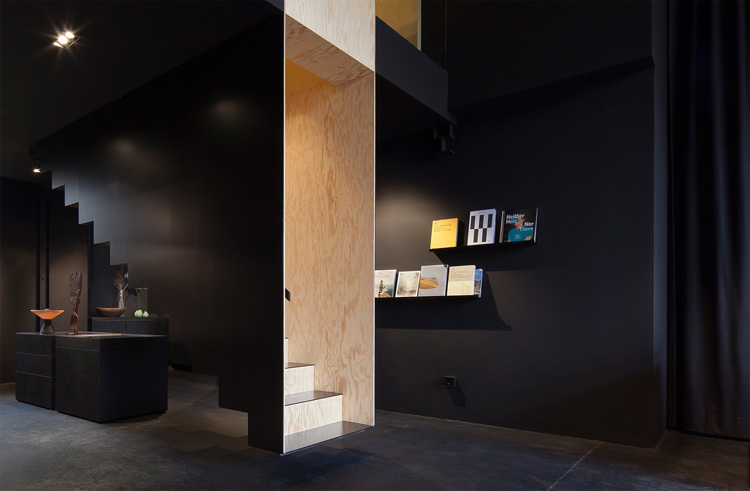 Hidden Fortress has tailor-cut a flexible shop system for the presentation of objects in Bazar Noir. It consists of a structure of squared frames, which cover an entire wall of the front room, and which carry a variety of shelf modules with products to display. The shelves can be adjusted to the size of the products, and are therefore produced in 3 different sizes, while from the side they resemble identical silhouettes. Being made from laser-cut and powder-coated aluminum, the arrangement of the modules in the framework can result in a strongly geometrical image or in a playful seemingly more chaotic structure. Detailed smaller elements made from copper and glass can be used for displaying smaller items. 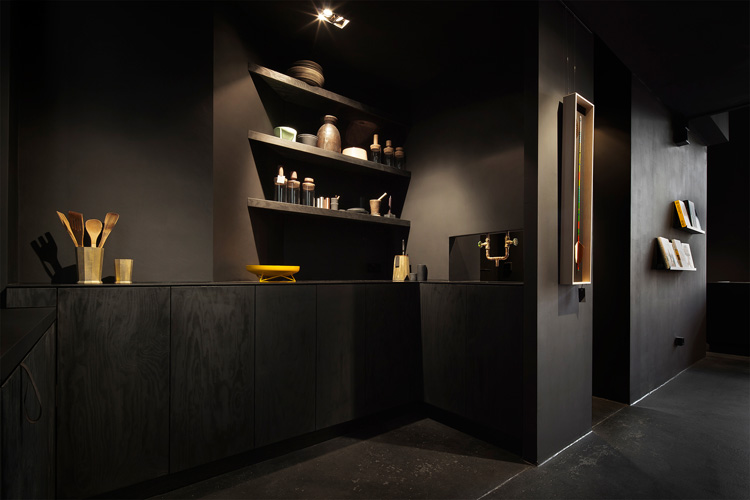 Due to an optimized use of the available space at the location it was decided to integrate the tea kitchen into the shops interior presentation. The kitchen therefore provides comfort and function to clients as well as the staff running shop. This allows it to be used in a double function as a reality resembling stage for items on display in the field of kitchen supply and equipment. 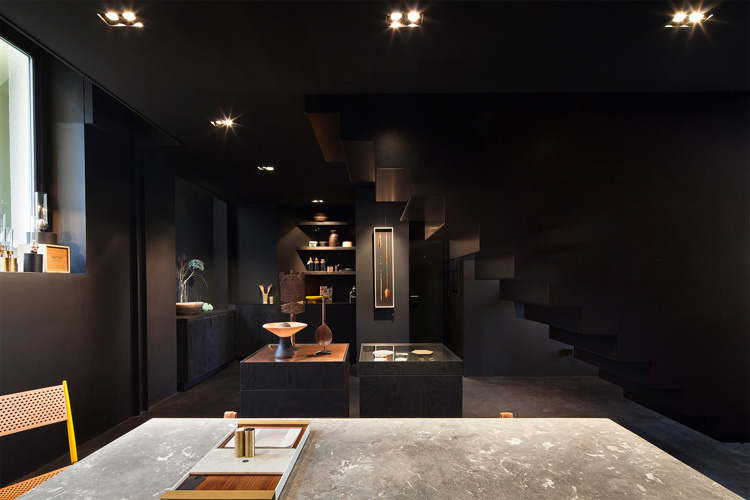 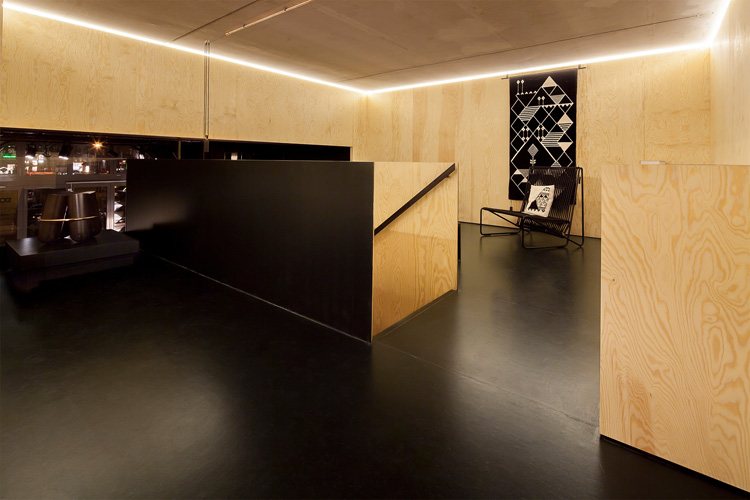 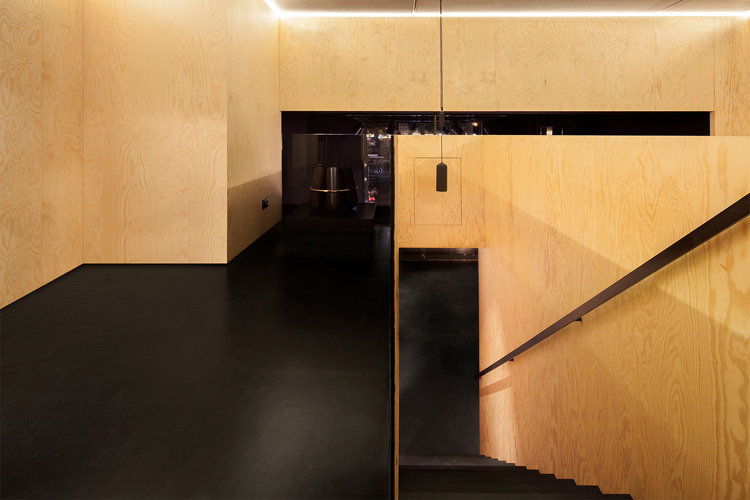 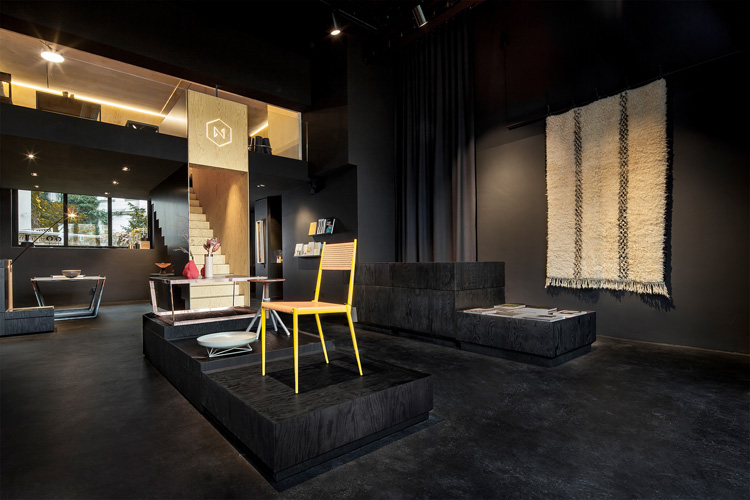 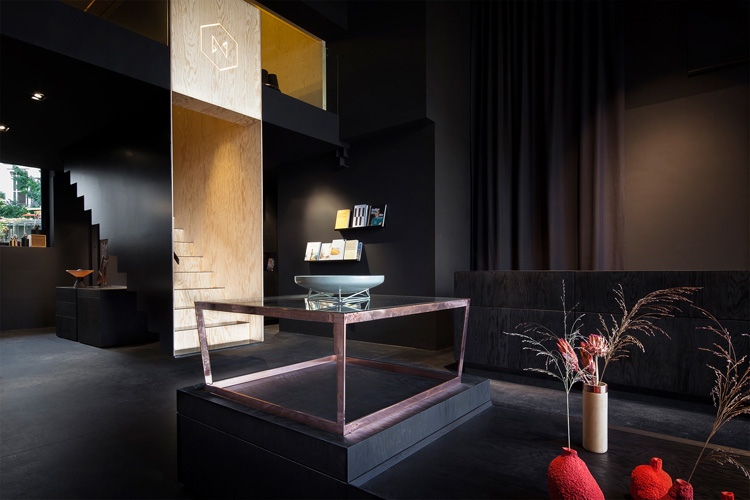 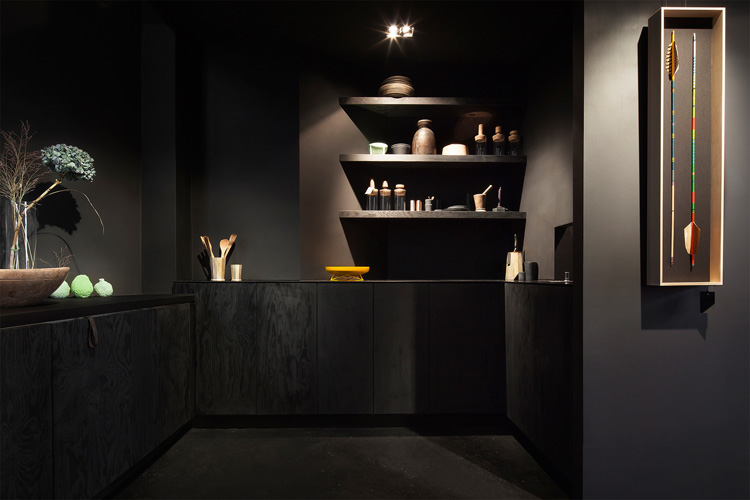 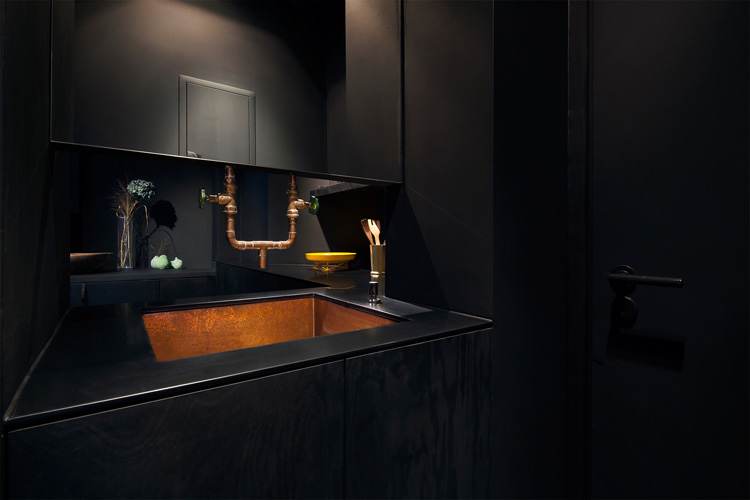 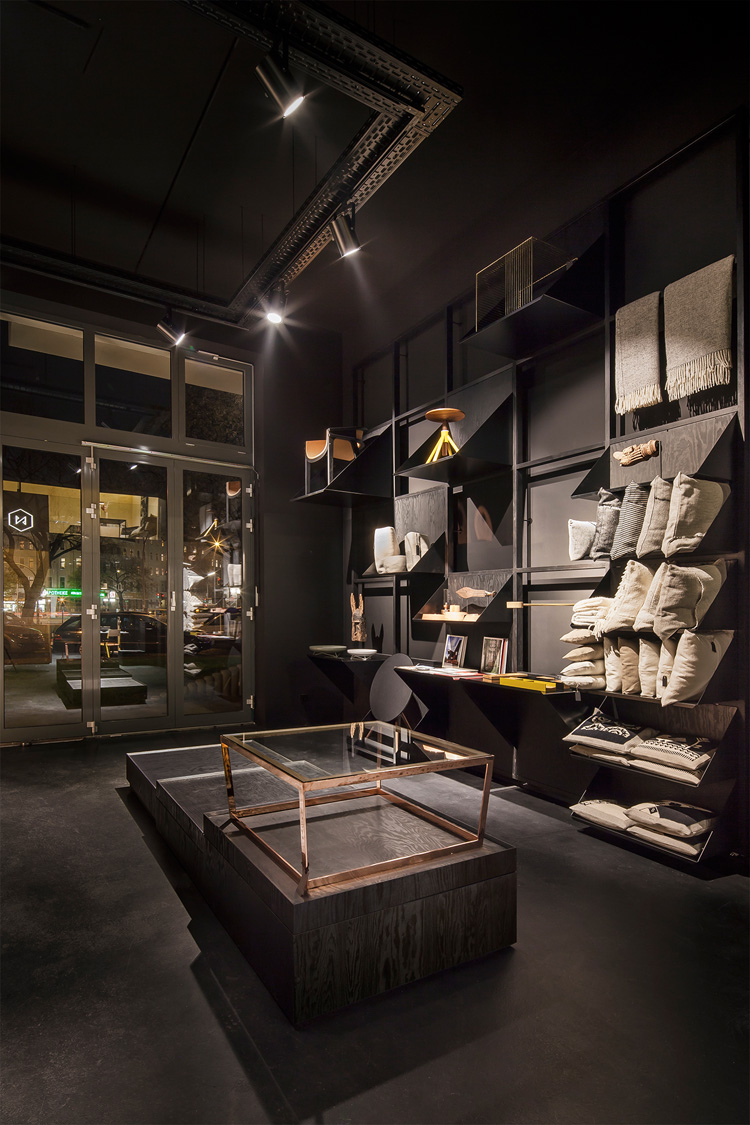 all images courtesy of HIDDEN FORTRESS