Japanese studio Nendo has designed its 3rd retail space for Spanish shoe company Camper. Following the initial concept of “shoes that walk freely through the air” used for Paris, San Francisco, Moscow and Osaka stores, and the subsequent concept of “warehouse-like white space occupied by neatly lined-up footwear” applied in New York and Madrid stores, the design for the Stockholm store is based on rolled paper-like structures to display the footwear. 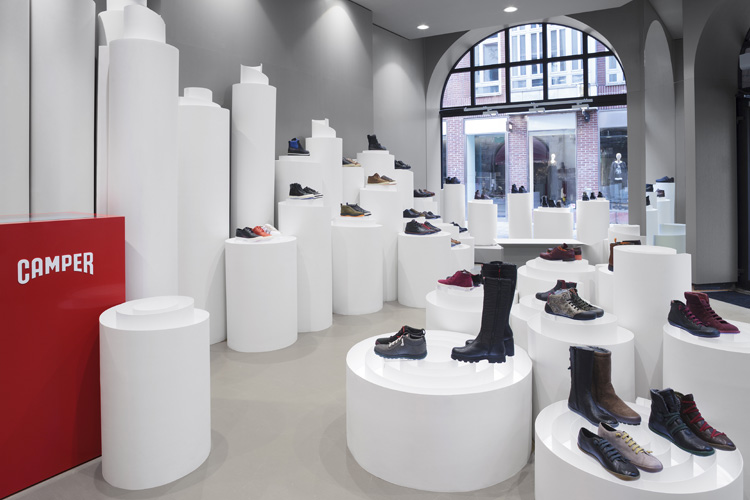 Taking what was originally a 2mm-thick resin flooring material and rolling it in a spiral manner has led to a self-supporting structure serving as a display platform, giving a sense that the shoes are balancing on the paper-like objects. In addition, the hidden LEDs fitted in the structure provide a diffused light from underneath the shoes, further enhancing the airy feel. 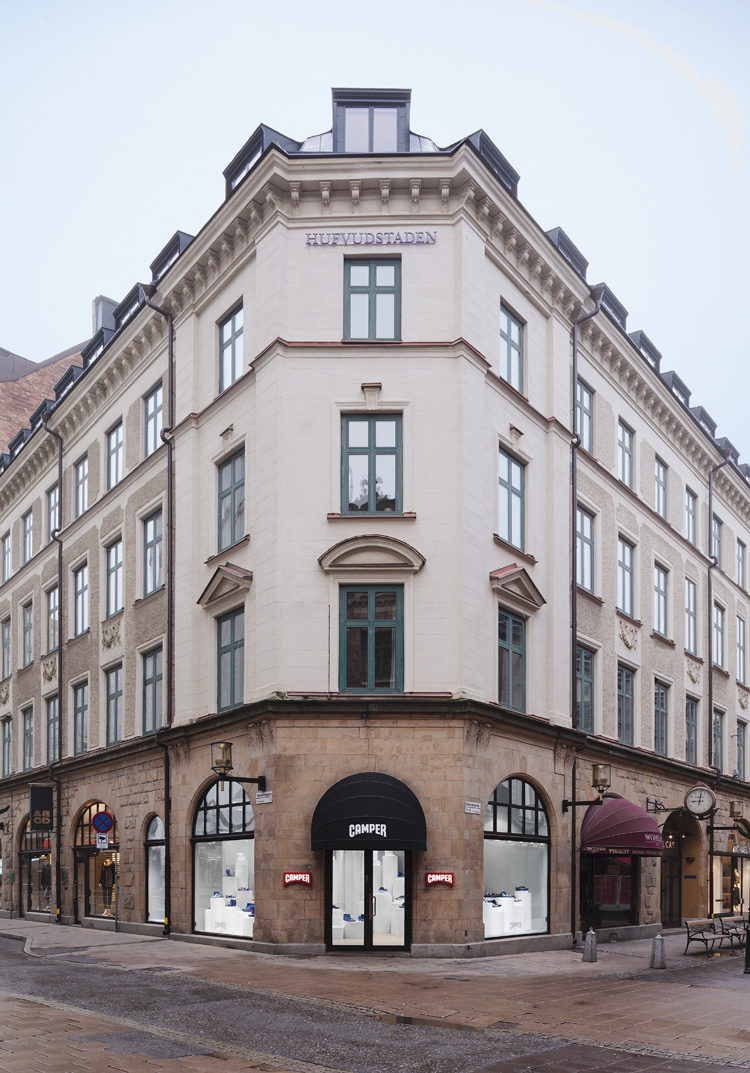 The variation in not just height and size, but the curling of the structures as well, has created a display space that is visually rich, envelops the customer, and is characterised by three-dimensionality through the use of flat platforms and a partially “unravelling” bench. Taking a soft and thin flat material and giving it form: this is, also, the core idea behind the shoemaking process. 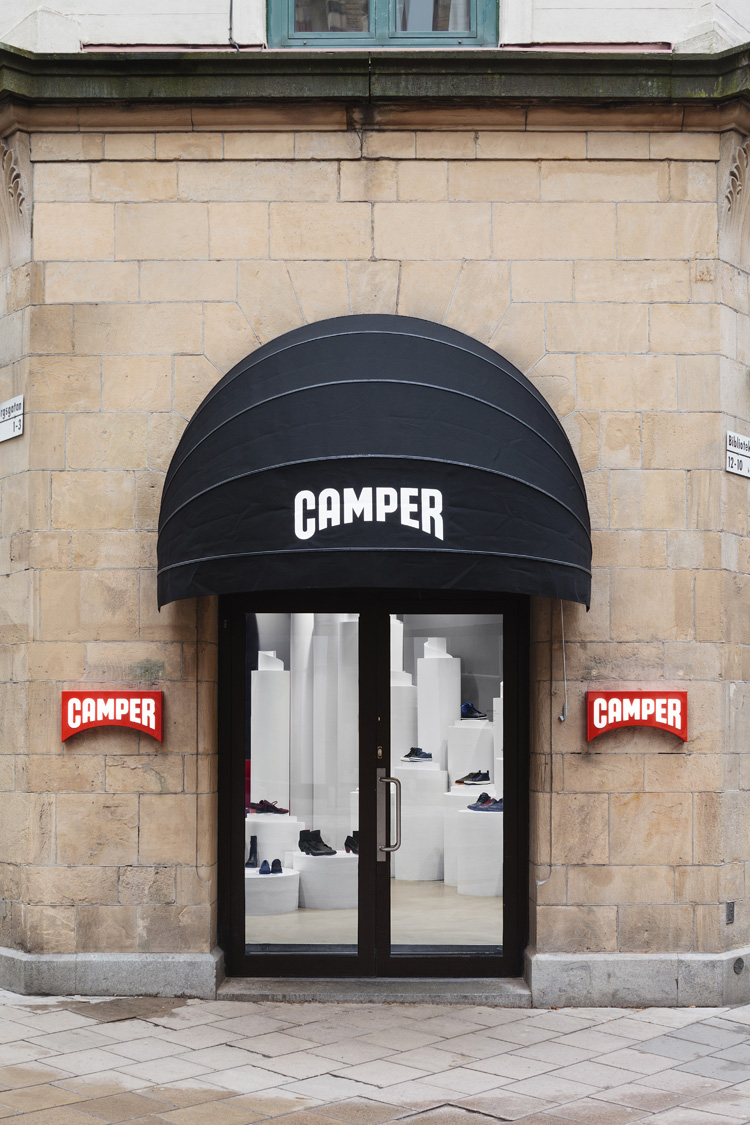 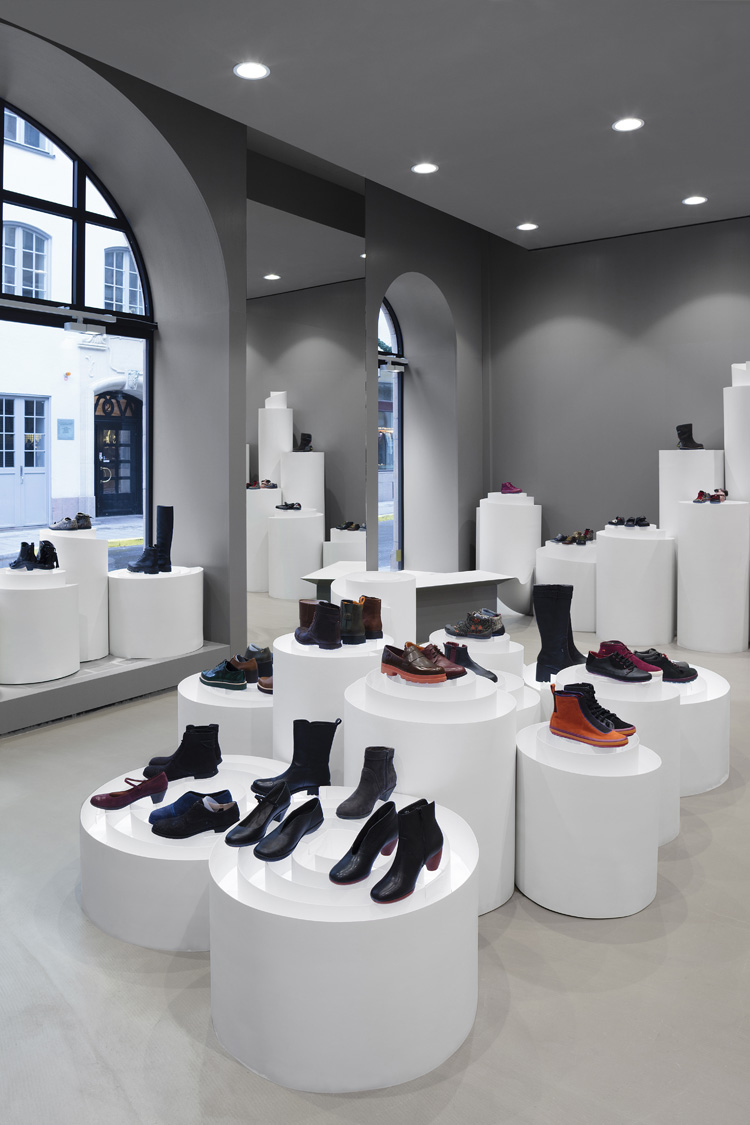 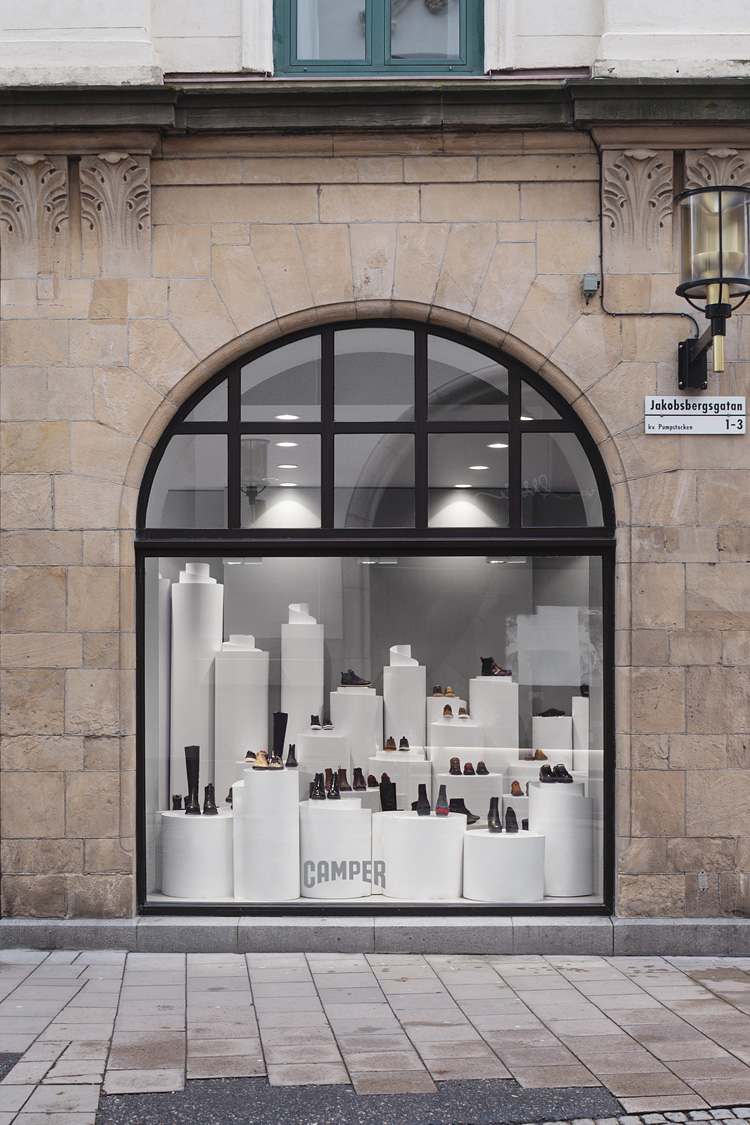 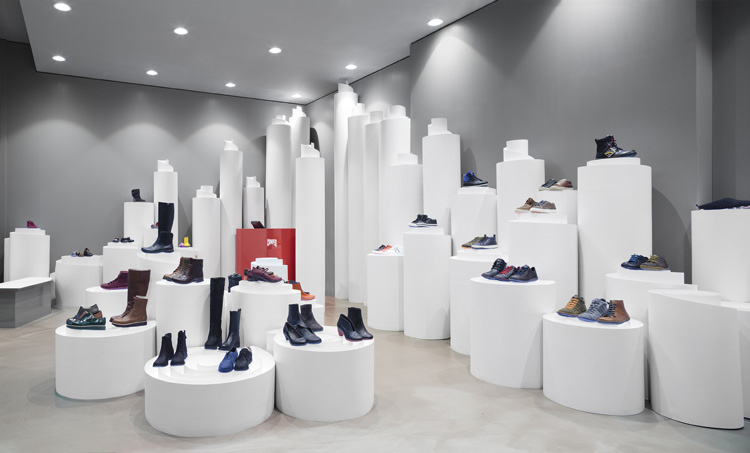 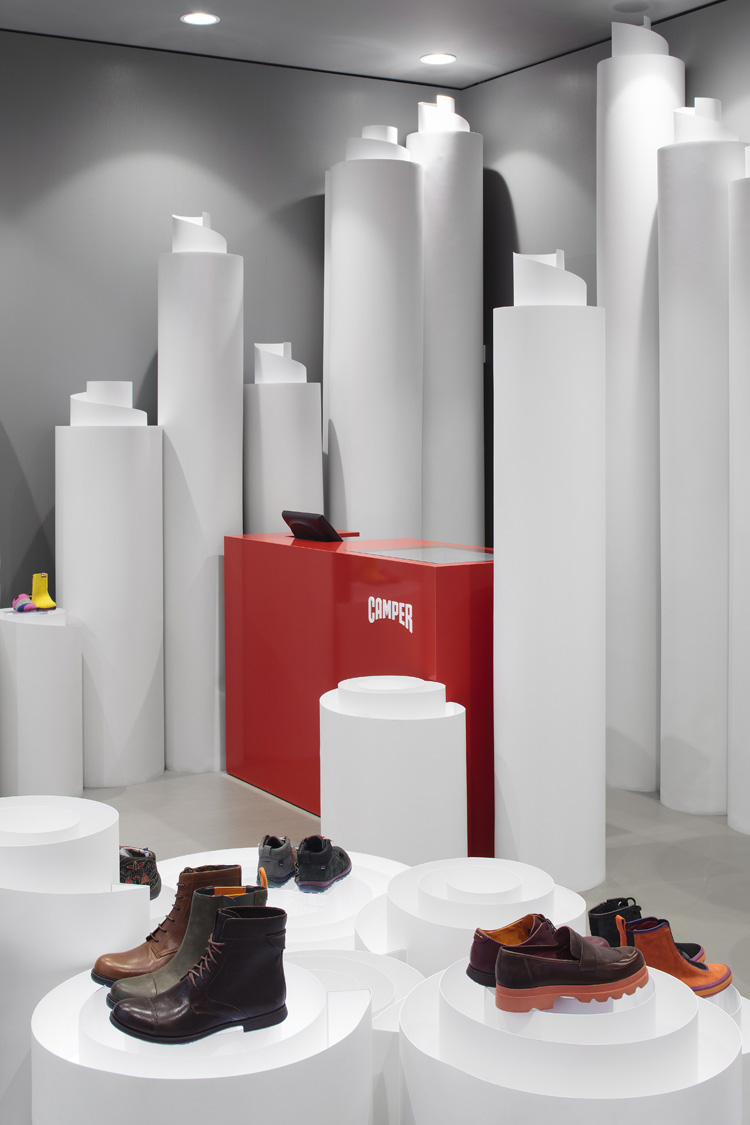 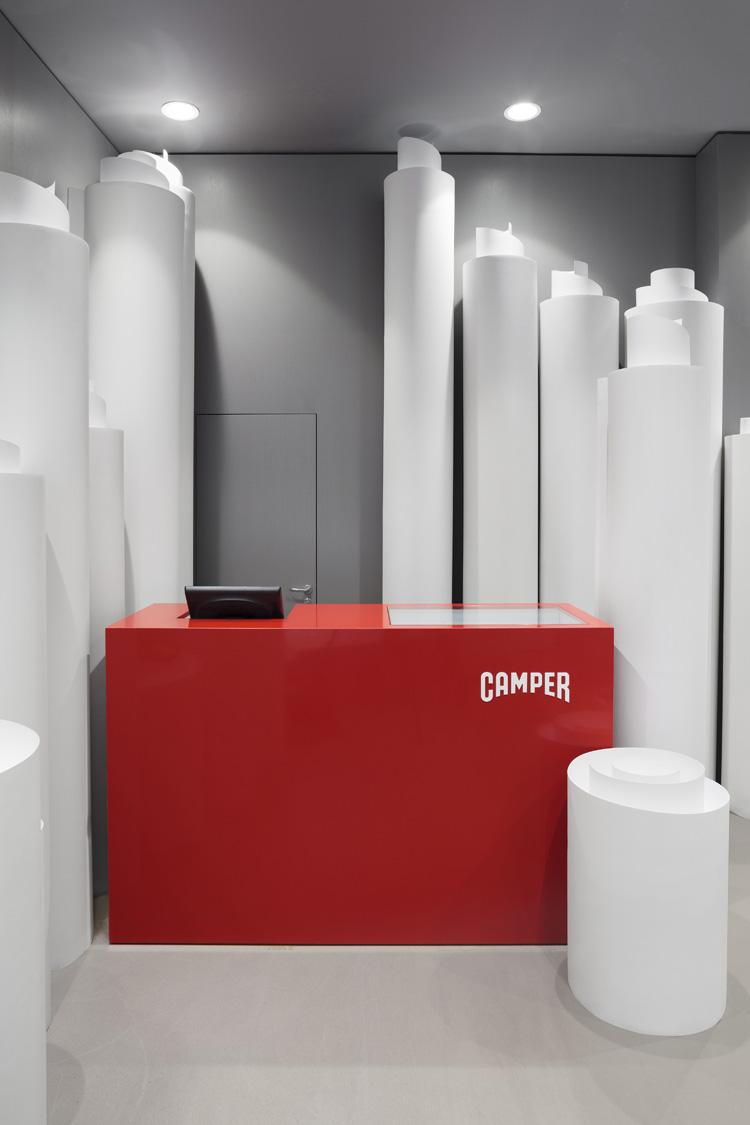 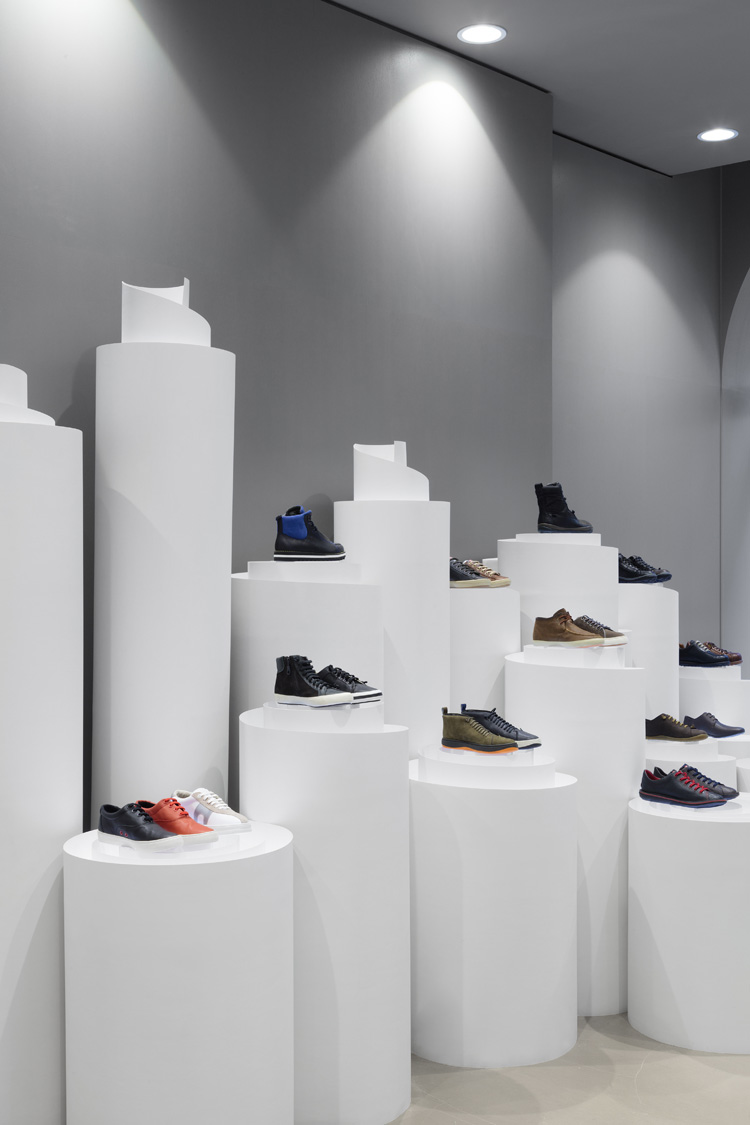 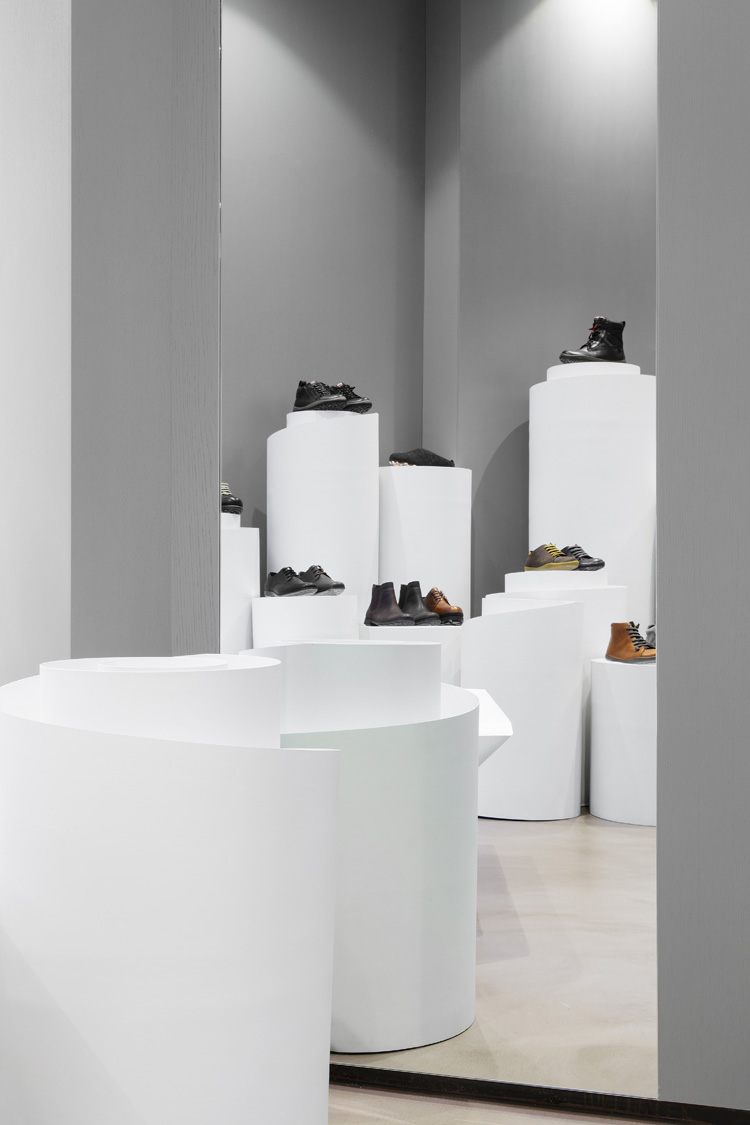 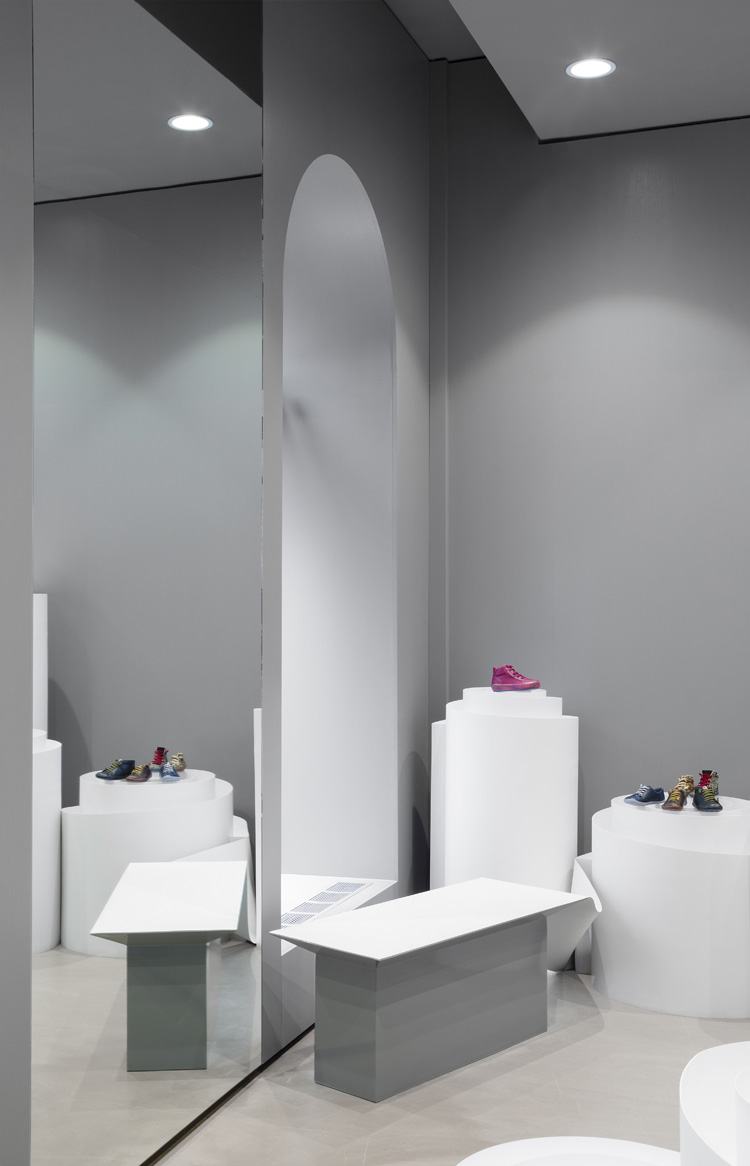 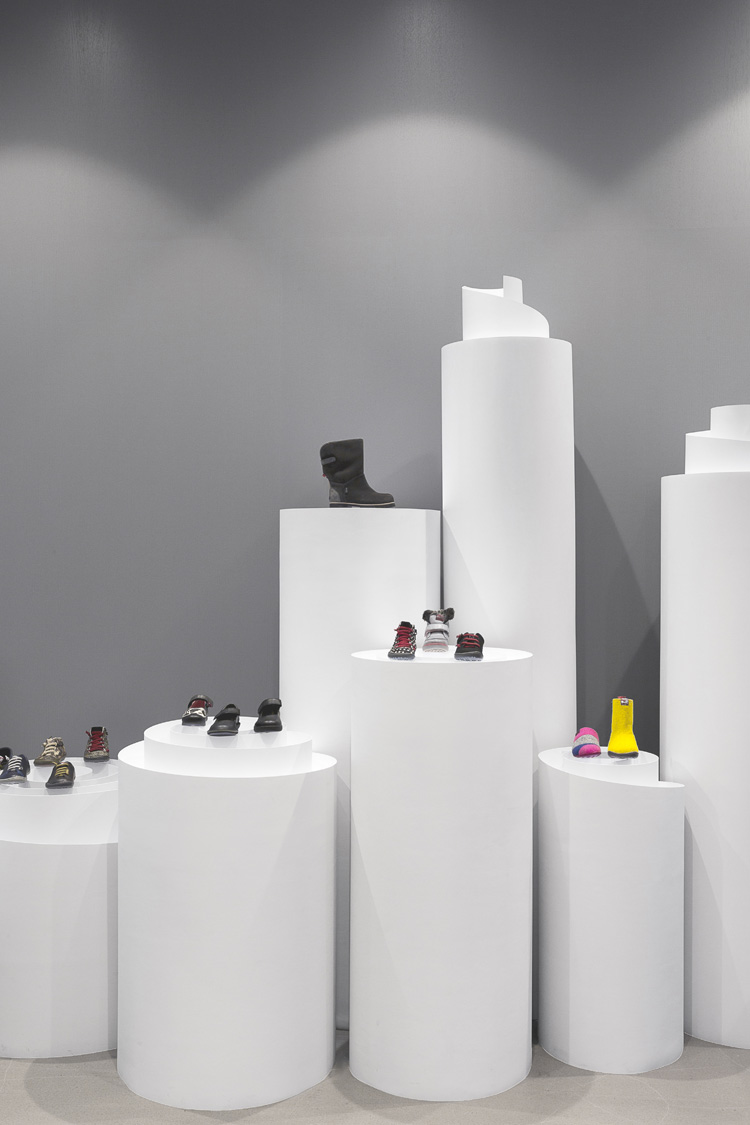 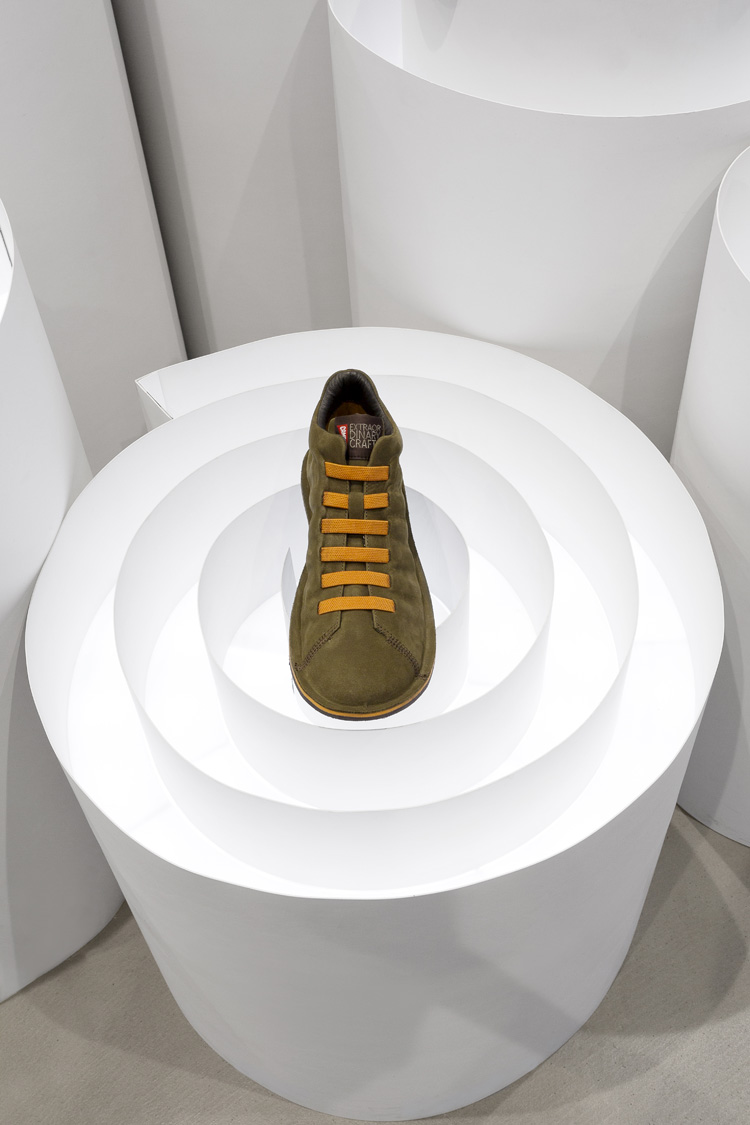 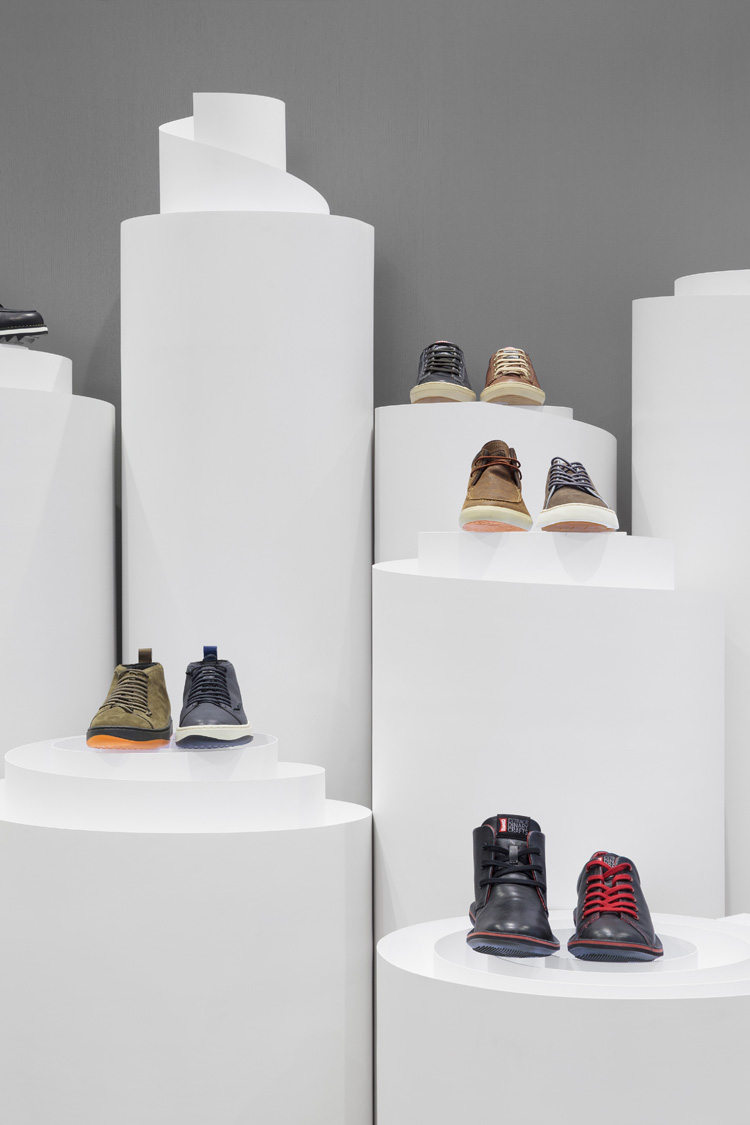 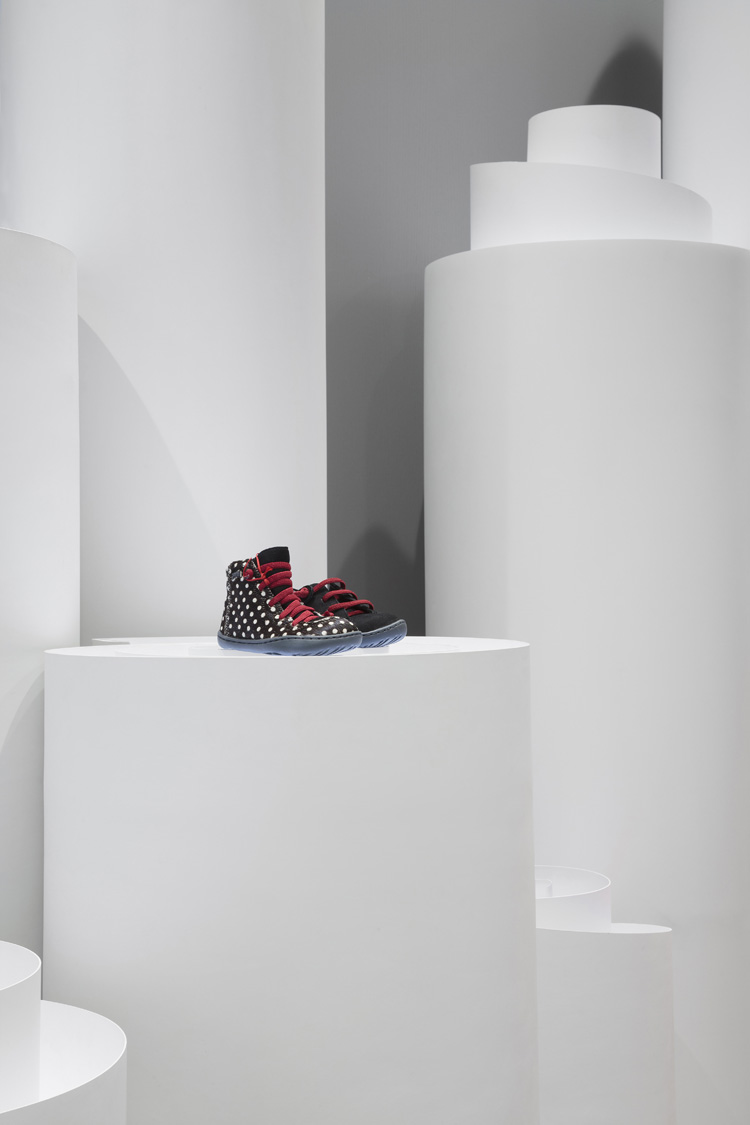 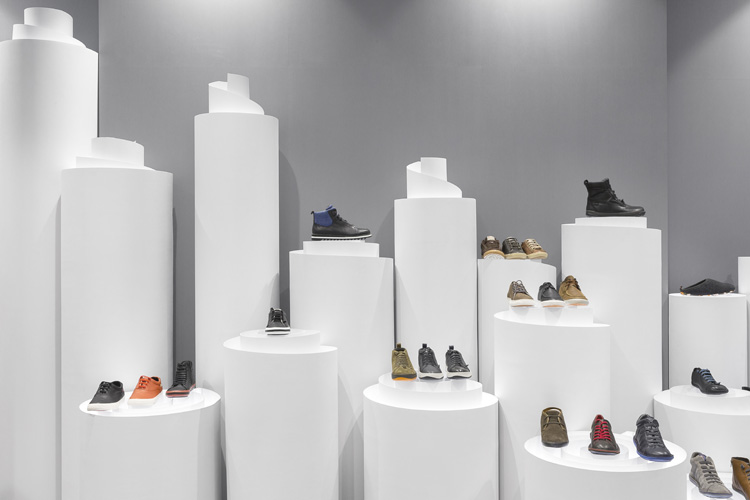 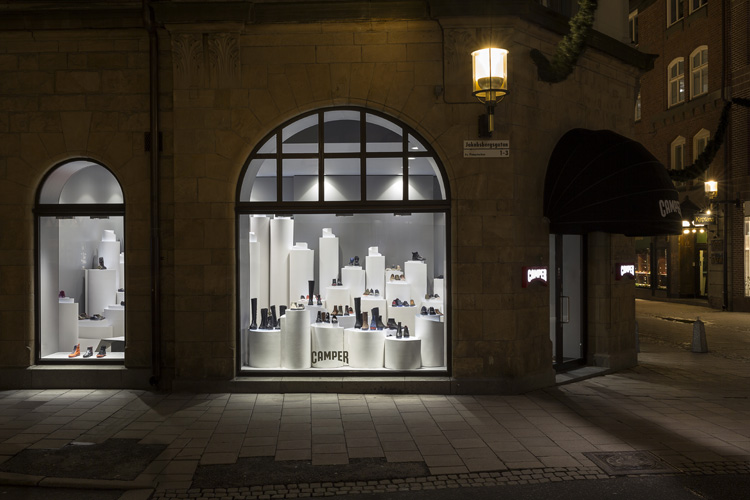 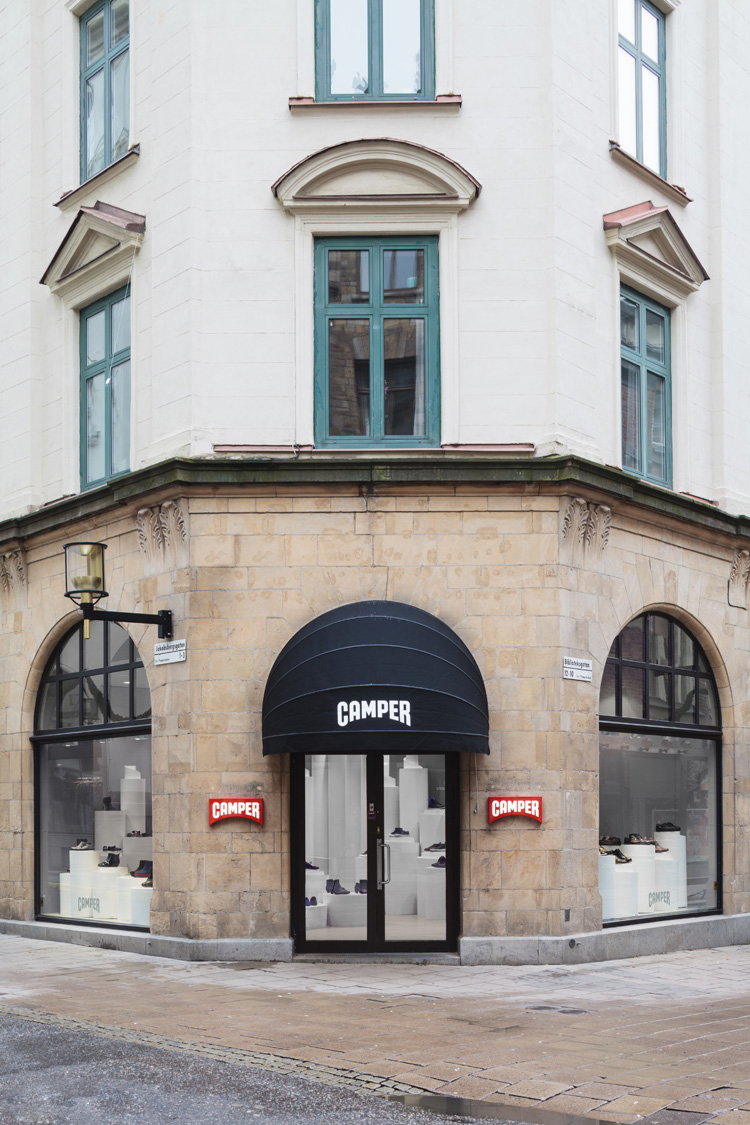 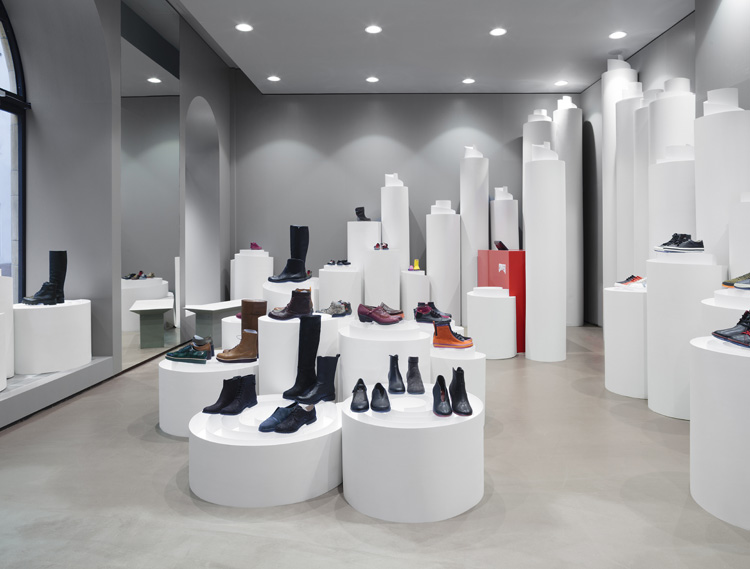 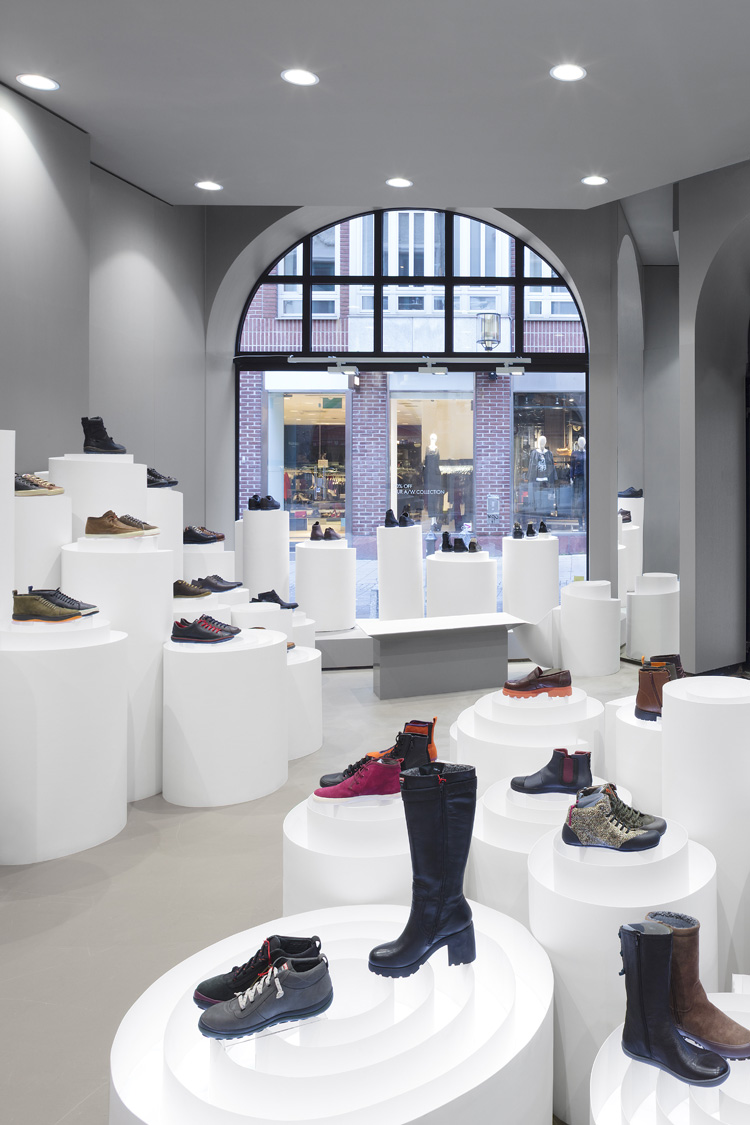 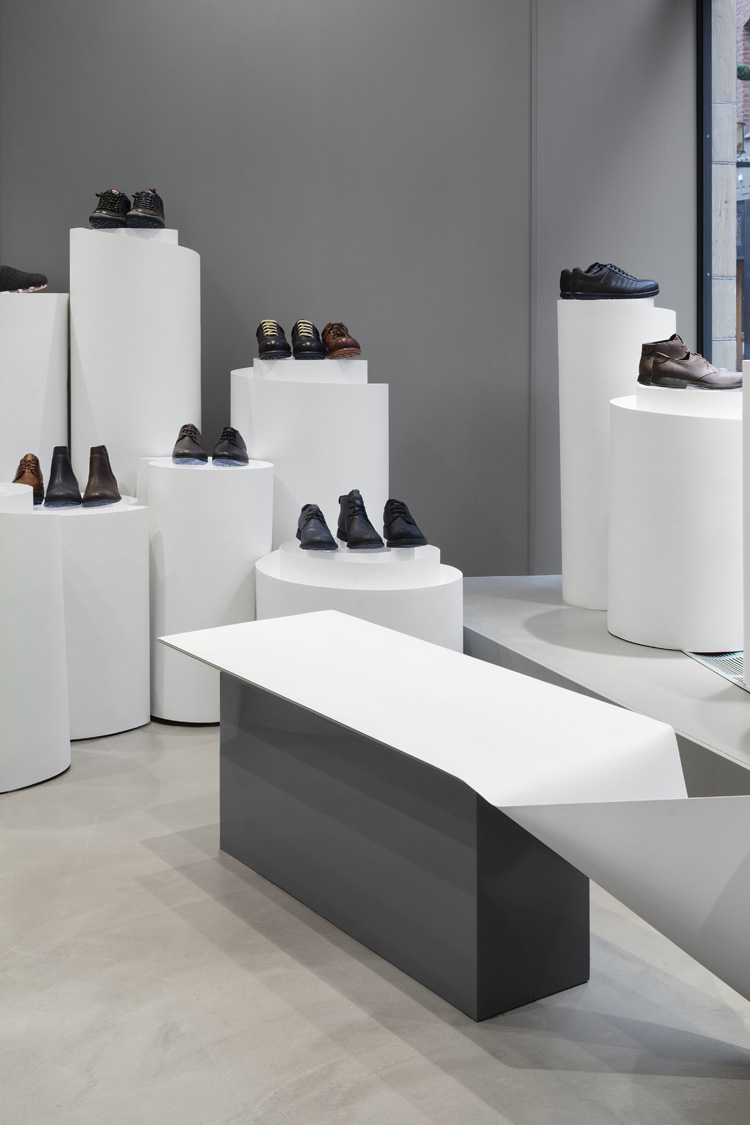 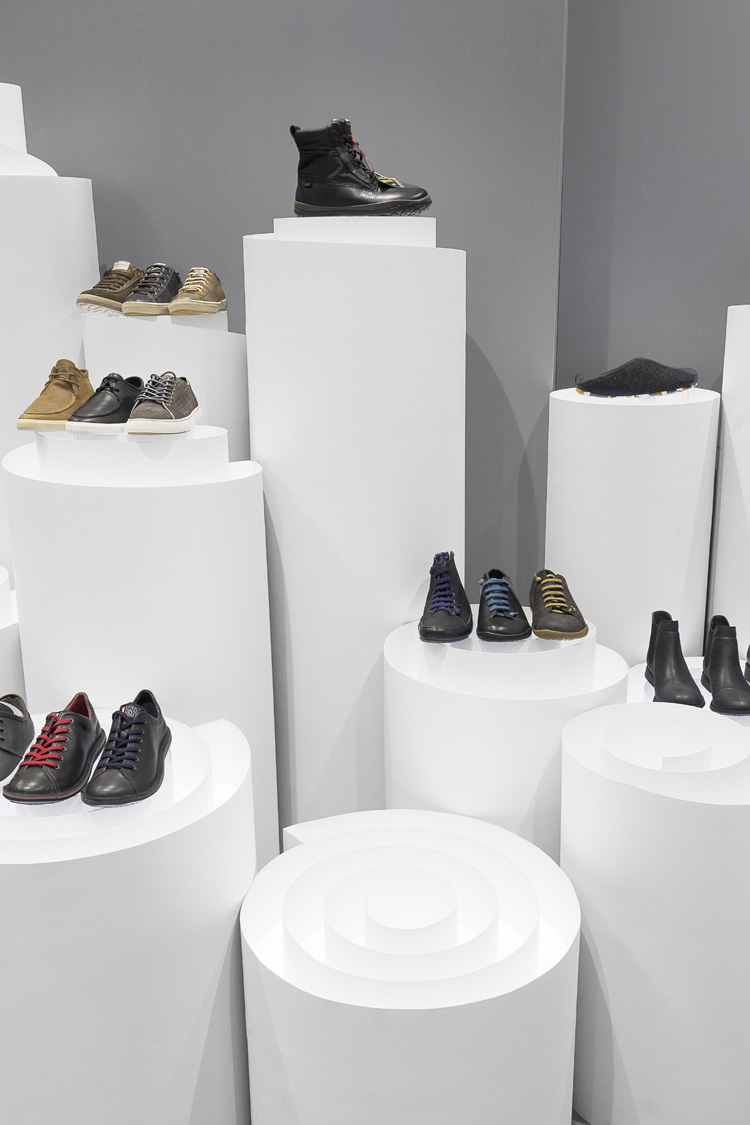 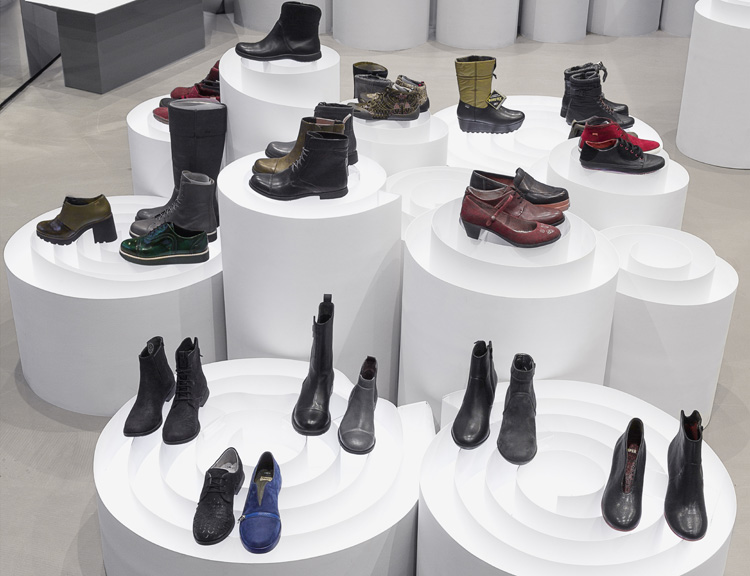 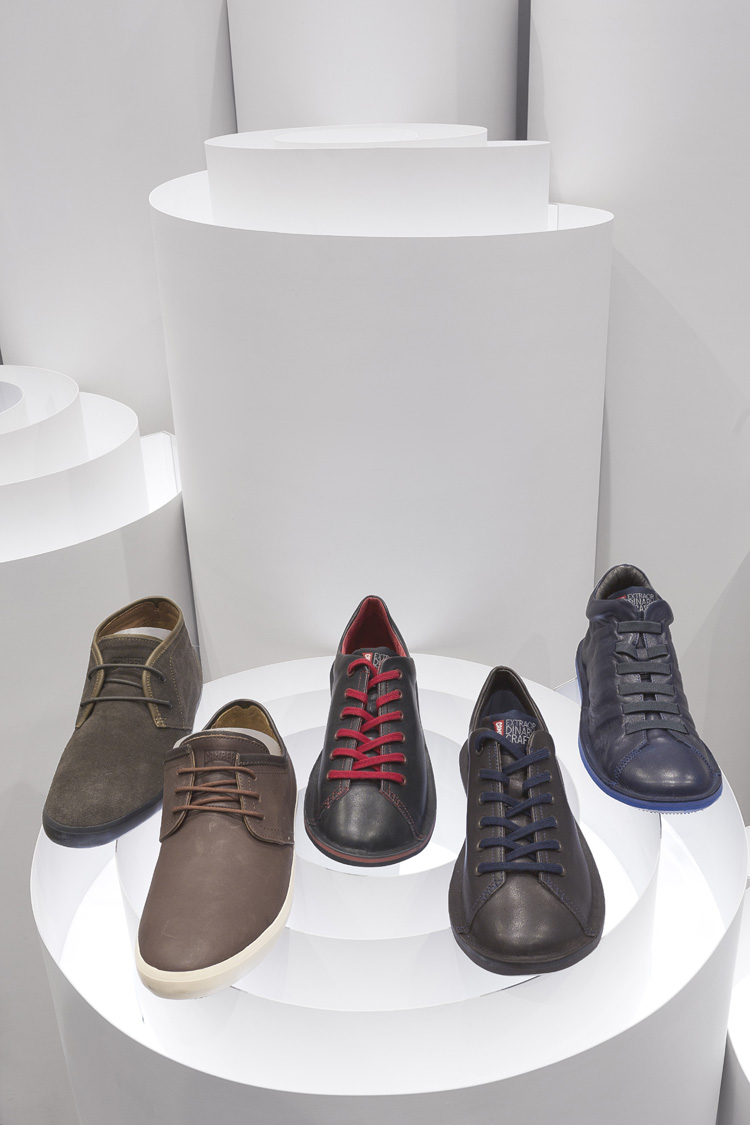 all images courtesy of CAMPER and JOAKIM BLOCKSTROM