La Dolça, the new gastronomic space in Tickets Restaurant, is the result of the successful collaboration of the tandem formed by the chefs Albert and Ferran Adrià and the Iglesias brothers over the past four years. The continued evolution and success of Tickets Restaurant requires an extension, and gives birth to La Dolça, the new space dedicated solely to desserts. For its design the Adrià brothers once again choose El Equipo Creativo who designed the original Tickets as well as several of their other gastronomic spaces. 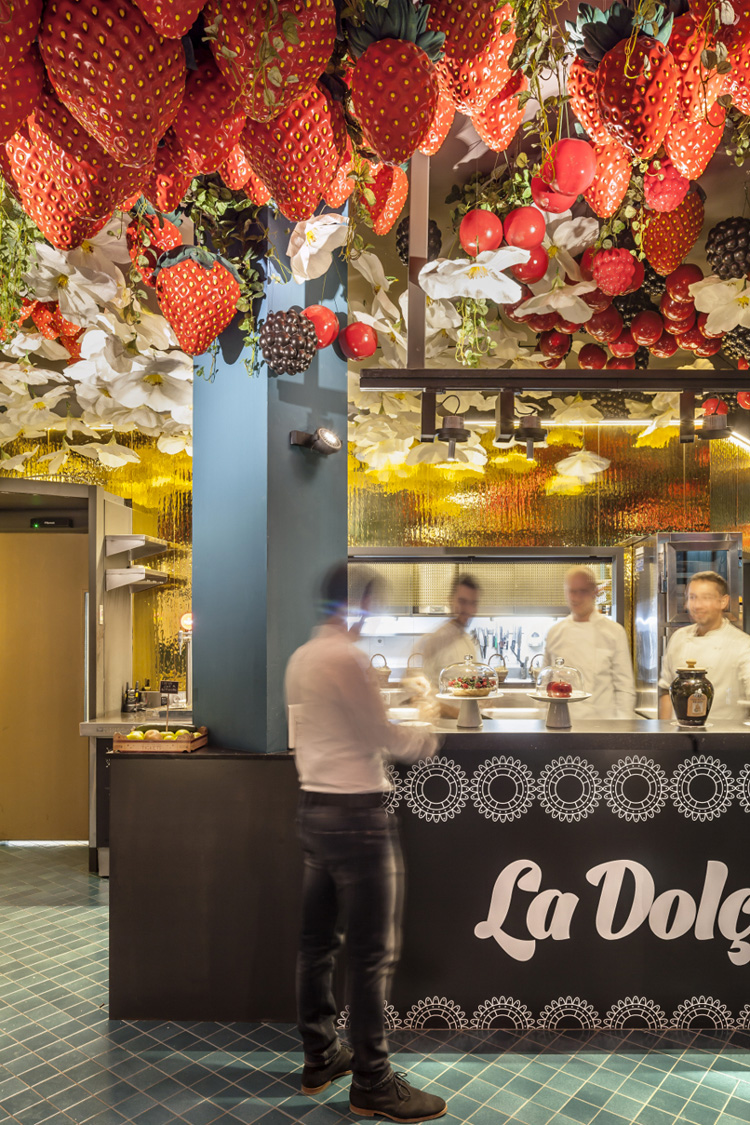 After a dinner full of surprises in Tickets, the guests are invited to “put the icing on the cake” by having dessert in La Dolça. The new space aims to embrace the visitor and carry him to the magical universe of children’s stories where sweets have a special importance, like “Alice in Wonderland” or “Charlie and the Chocolate Factory”. And just as in those fantasy worlds, everyday objects change scale, context and position creating a surprising and fantastic space, and perhaps making us feel like children once again. 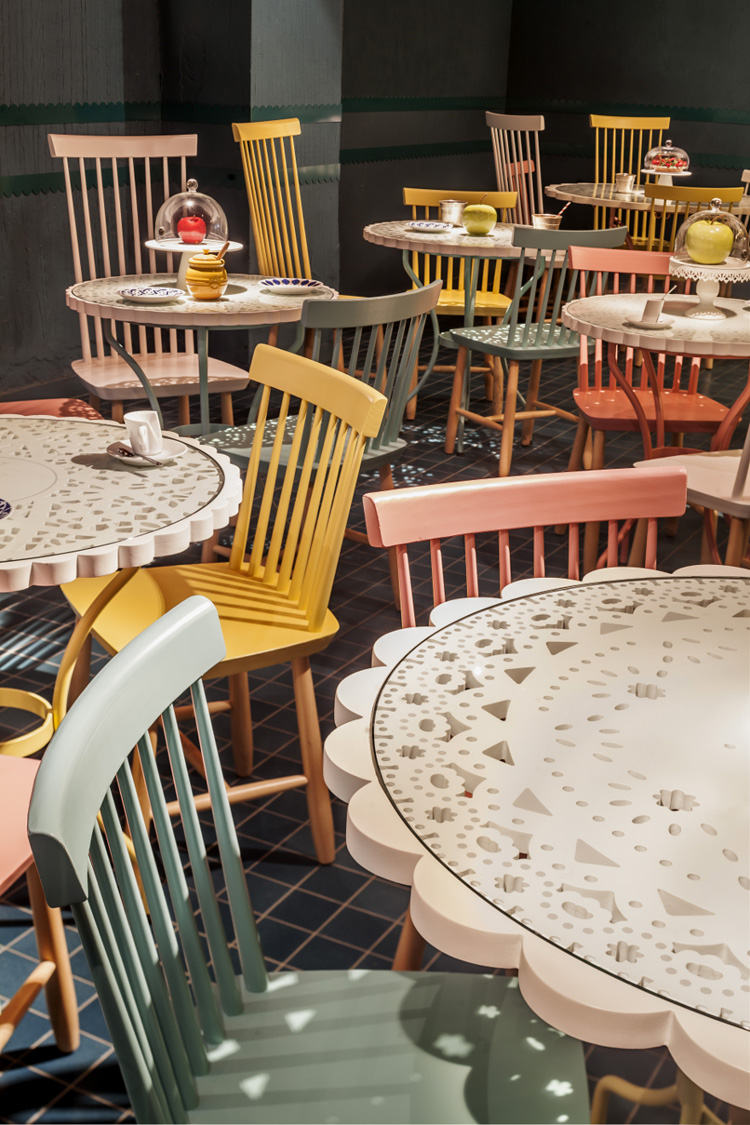 From above, the ceiling as protagonist receives the guest with an explosion of color: strawberries, blueberries, raspberries, cherries and giant flowers envelop the space offering a unique and magical atmosphere. At a more accessible level for the guest, the furniture, specifically designed for La Dolça, also forms part of the stenography. The white paper doilies used for pastries are the leitmotiv for the design of the tables, which at the same time serve as filters through which the spotlights draw a world of lights and shadows on the floor.

While gathering the bustling spirit of Tickets Restaurant, La Dolça offers a sweet, fantastic counterpoint: from the roguish world of the Paral.lel Avenue to which Tickets pays homage to an imaginary world seen through the eyes of a child. 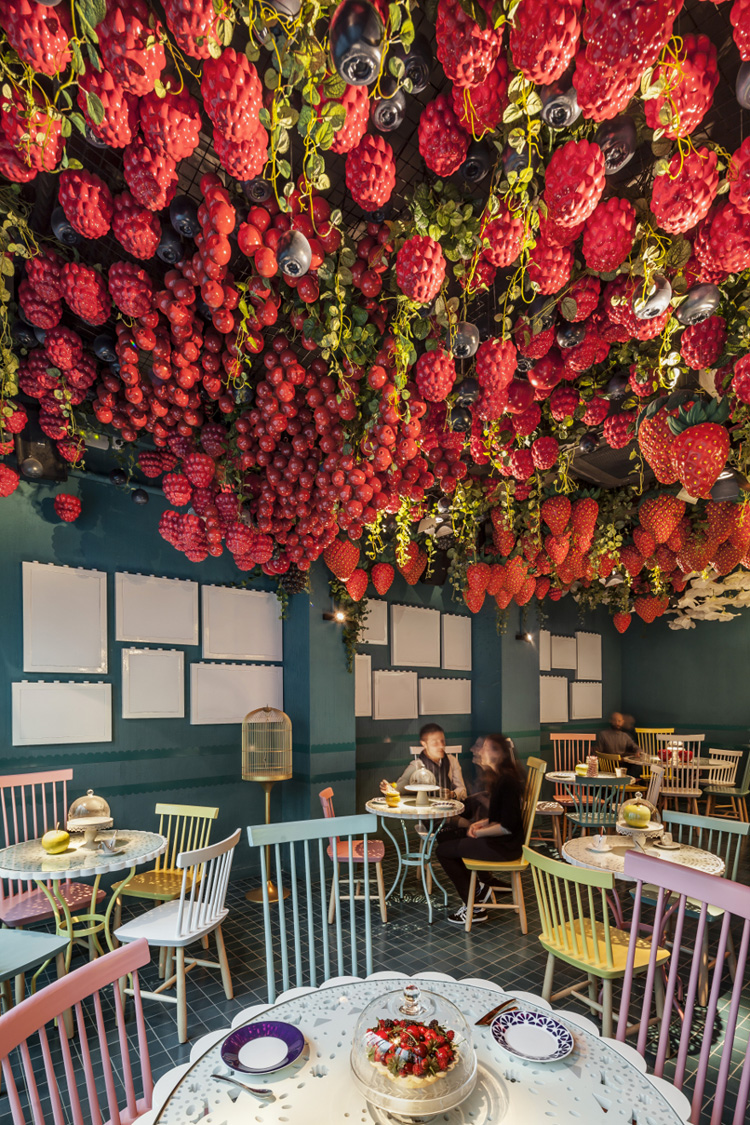 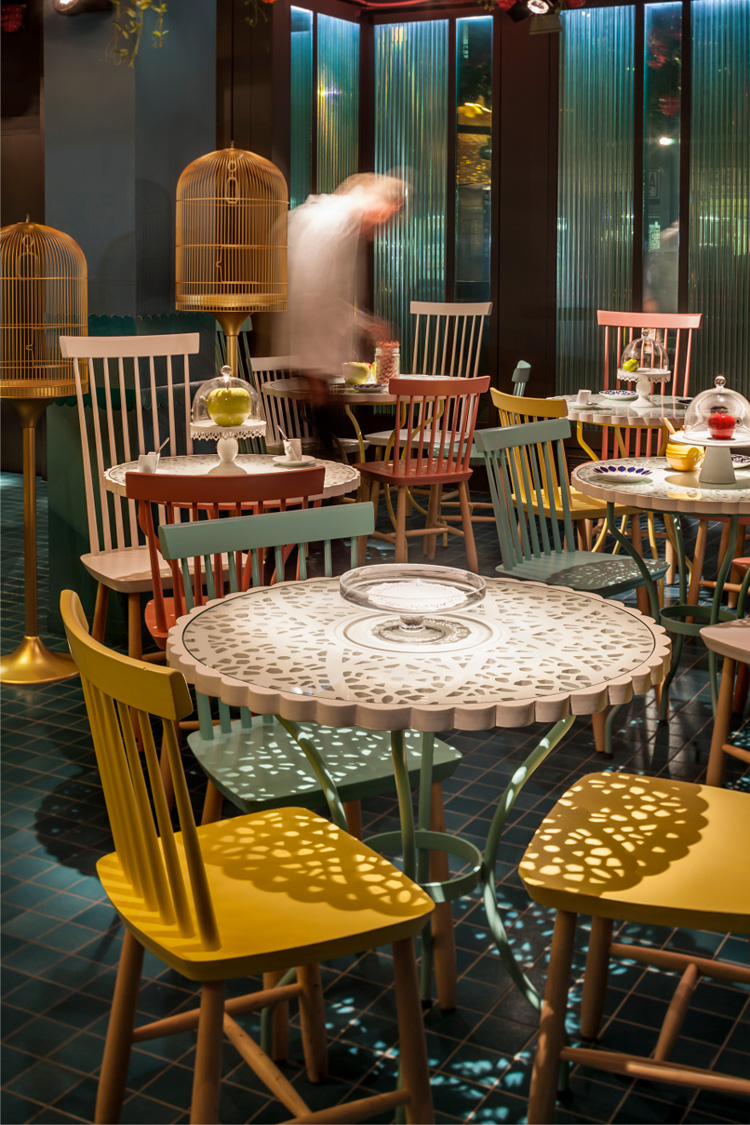 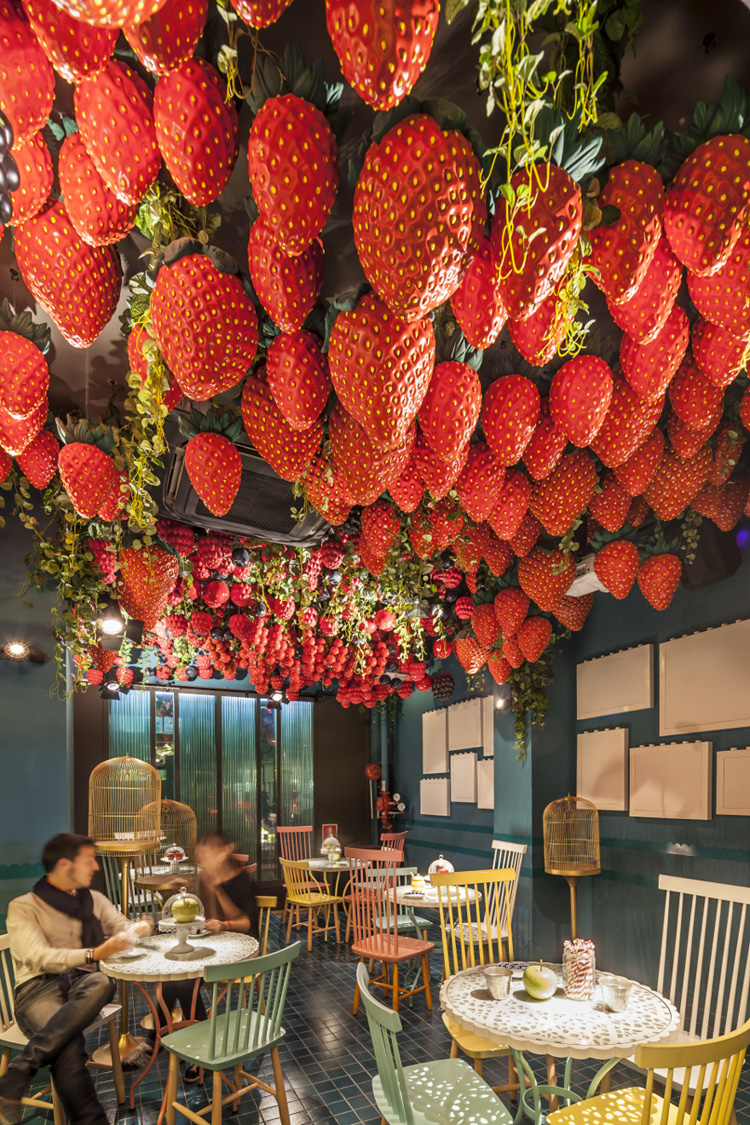