A hilltop meadow on an old farmstead in the hamlet of Garrison, New York, is the site for this roughly 350 square foot multipurpose play space called ‘treehouse’ for its elevated position adjacent to a stand of trees. Occupiable on two levels—main floor, and crow’s nest—the treehouse designed by New York-based firm Sharon Davis Design consists of an inhabitable polycarbonate interior bounded by an exterior band of reclaimed white cedar siding, open to the sky. 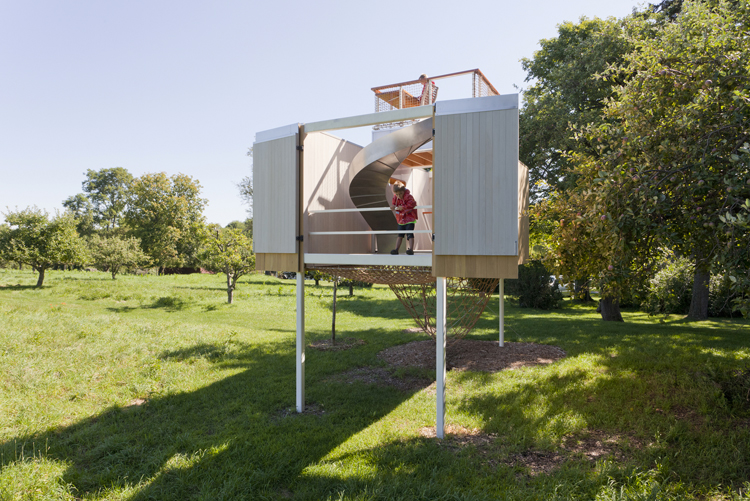 Entry to the structure is via a custom climbing net and a trap door. A ladder leads up through a second trap door to the crow’s nest above, which hosts a mahogany writing desk with views toward the meadow and apple orchard. A custom stainless steel slide arcs between the roof deck and main space, forming an elegant sculptural object beneath which visitors relax in a lounging net. 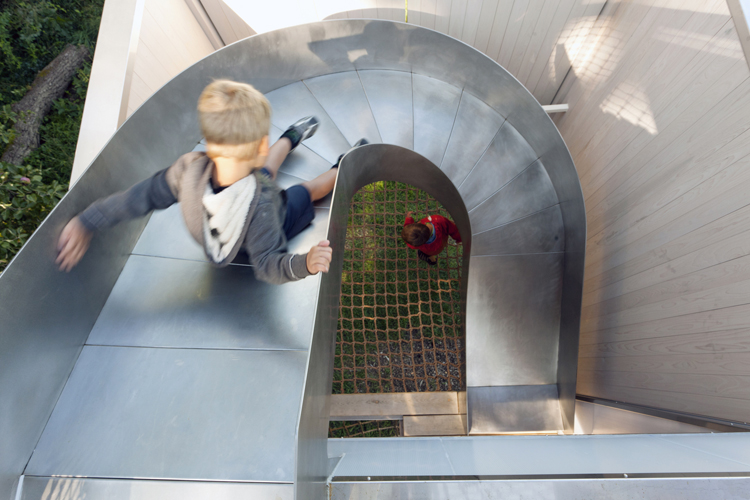 At one end of the structure, the siding parts to allow a small balcony to look back toward the main house; at the opposite end, the façade opens up to direct views toward the Hudson River Valley. Descent back to the earth is via a pair of structural columns-turned-fire poles. The steel structure was fabricated off-site and trucked to the site where it was lifted into place by crane. 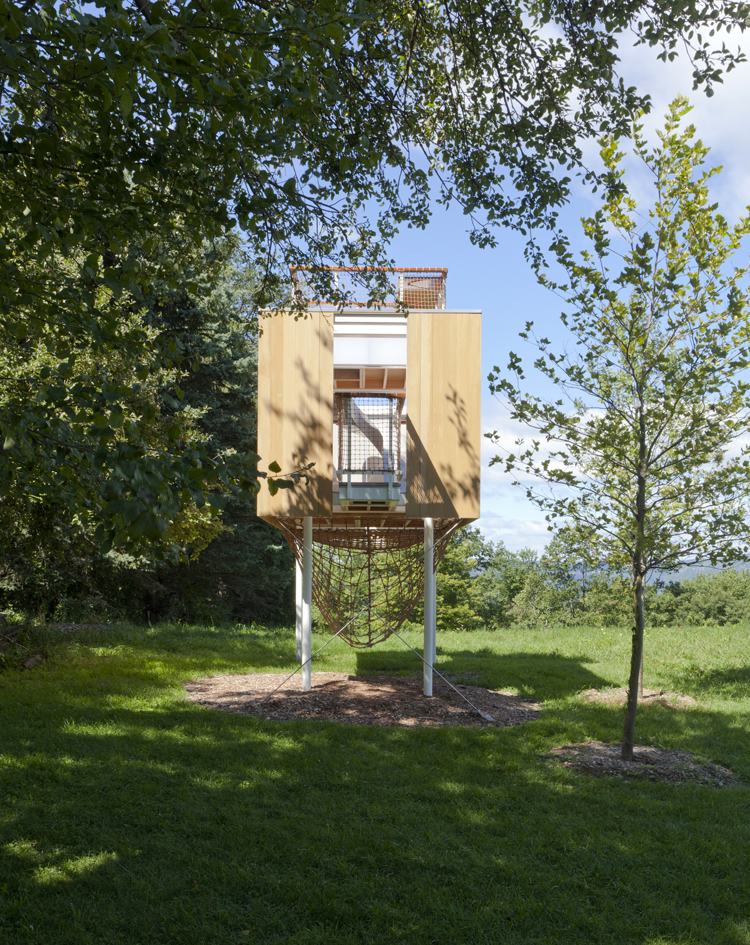 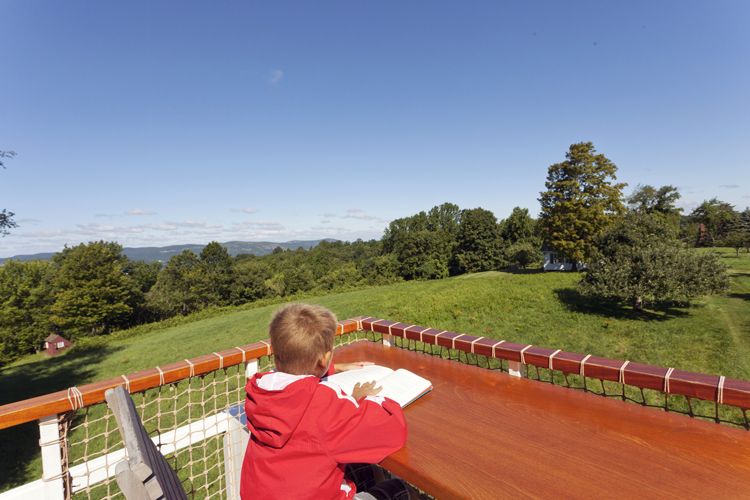 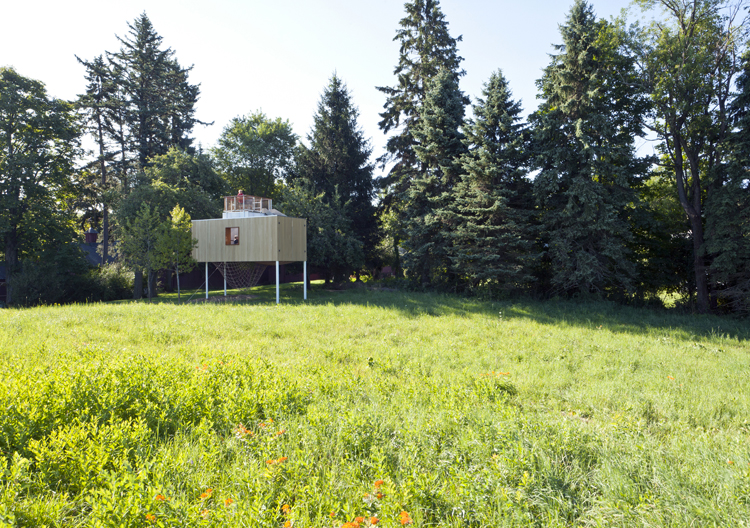 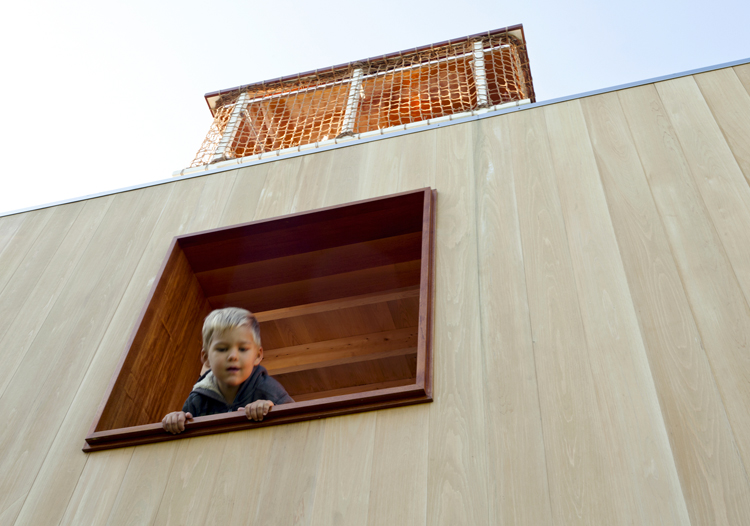 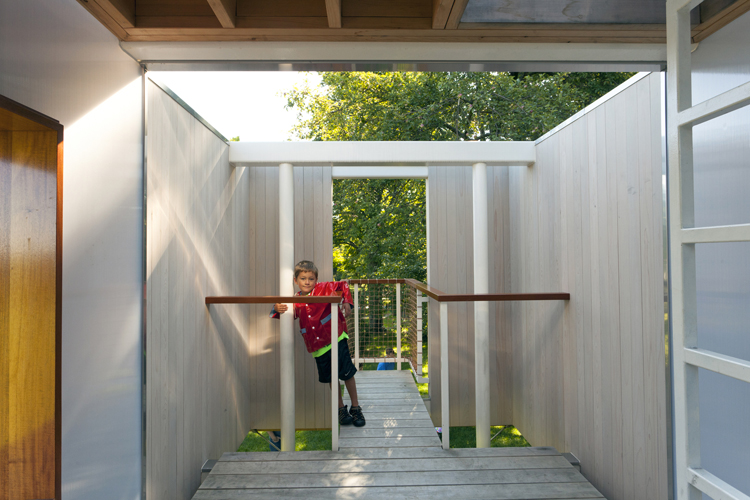 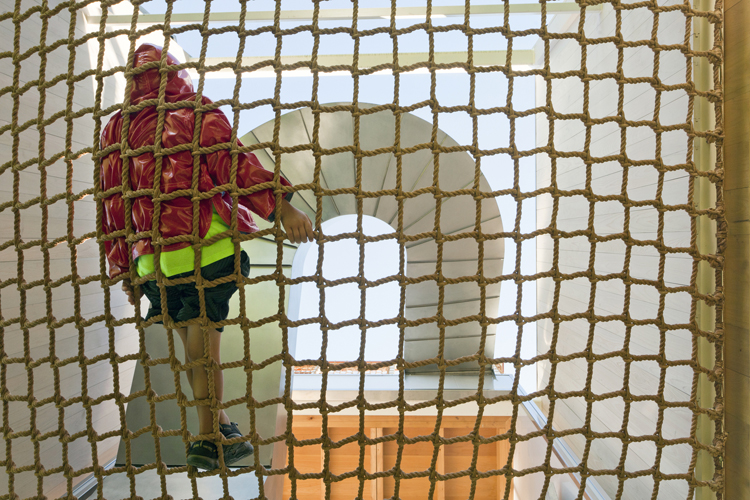 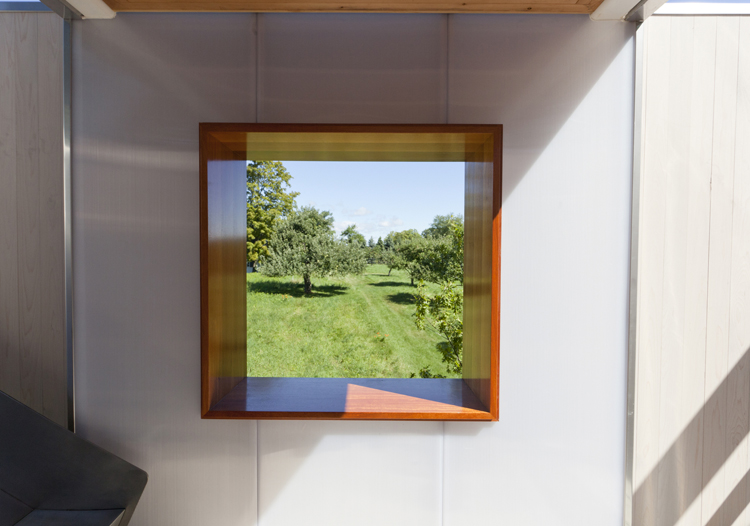