The volume represents 473 barrels of oil, measuring 4.2m cubed, and is wrapped in black toughened glass-faced cladding panels.  The concept behind the pavilion was to develop an easily replicable symbol of consumption, which could be scaled up or down, and would confront the public with current rate of fossil fuel depletion. 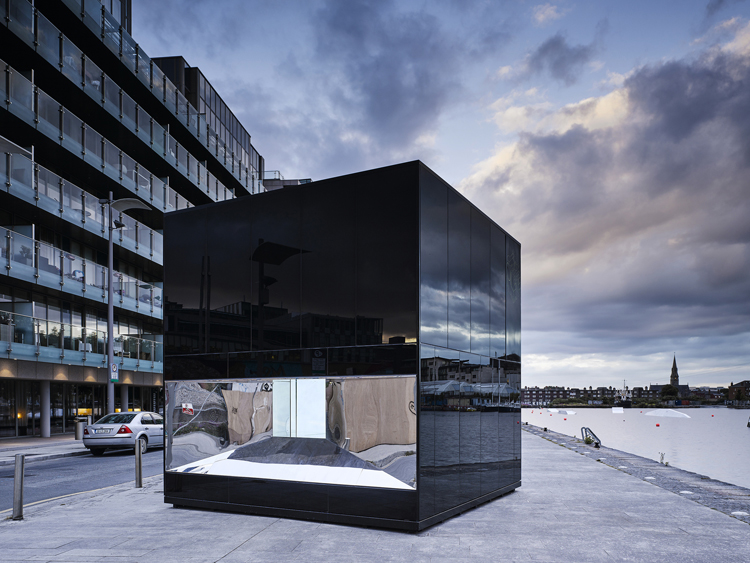 The 5CUBE has been designed to be easily dismantled and relocated in any location; no foundations are needed due to internal ballasting solution using sand-filled boxes. The idea is that the installation might appear somewhere new overnight and then disappear again; a surreal and mysterious silent monolith.

As well as visualizing the volume of oil being consumed, there are also two mirrored bands on opposite sides of the box. On the east side, where the sun rises, a strip 50cm high represents (in BOE, or Barrels of Oil Equivalent) how much energy came from renewable energy sources in that same five minutes. Opposite on the west, another larger  mirrored strip represents Ireland’s targeted volume of energy from renewable energy sources for 2020. 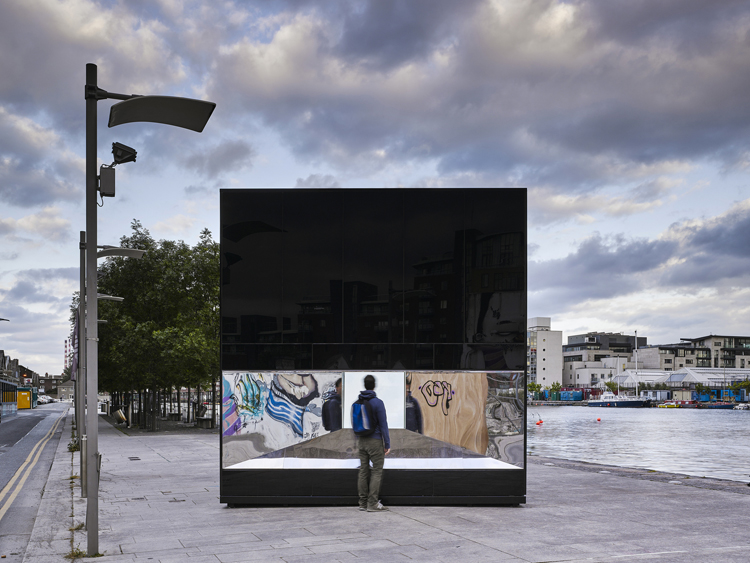 Inside the two mirrored strips viewers can look into the box and see the sky reflected and manipulated in various ways to create an illusion of a globe on one side, the east, and an infinite sky within the box on the other side, to the west. 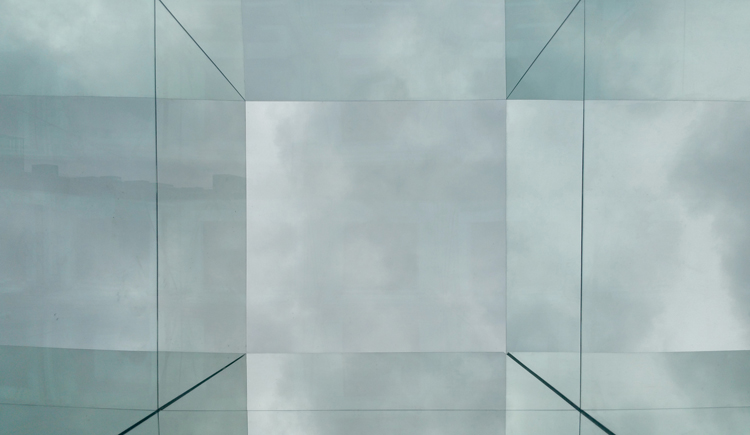 The sky has been selected as a means of representing all the multiple forms of renewable energy in opposition to the glossy black glass mass representing oil. The sky was thought to be relevant as so many renewable energy sources are a direct or indirect result of the forces of nature, our environment or put simply, the weather – the wind visible in the movement of clouds, the sun transforming the colour of the sky from bright blue to warm orange, or even indeed the rain in dramatically powerful stormy weather.

On the roof self- generated energy via photovoltaic panels illuminates the interior which creates quite a subtle yet dazzling reflection by night– the 5CUBE literally glowing with its own internal energy source. 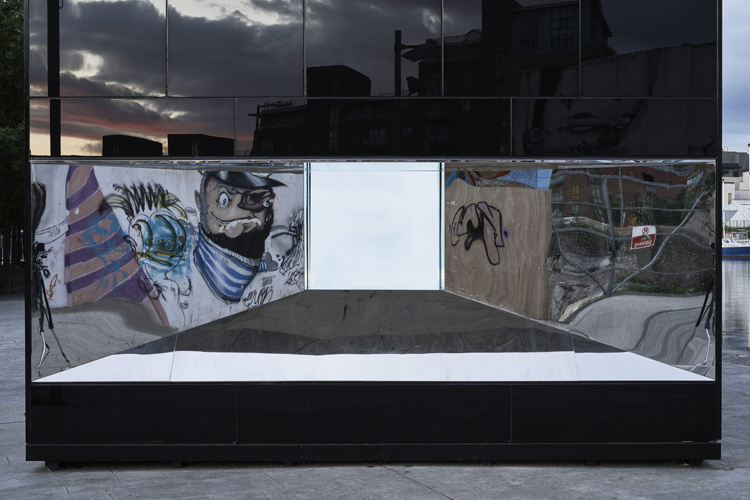 The 5CUBE, which stands  in Hanover Quay, Dublin Docklands,  is the result of an open competition run by the EU funded ACE For Energy project which seeks to promote the uptake of renewable energy through various initiatives throughout Europe.  The competition was open to designers of all disciplines and the brief was to create a renewable energy feature which would raise awareness of renewable energy and be capable of replication and/or relocation on multiple sites. 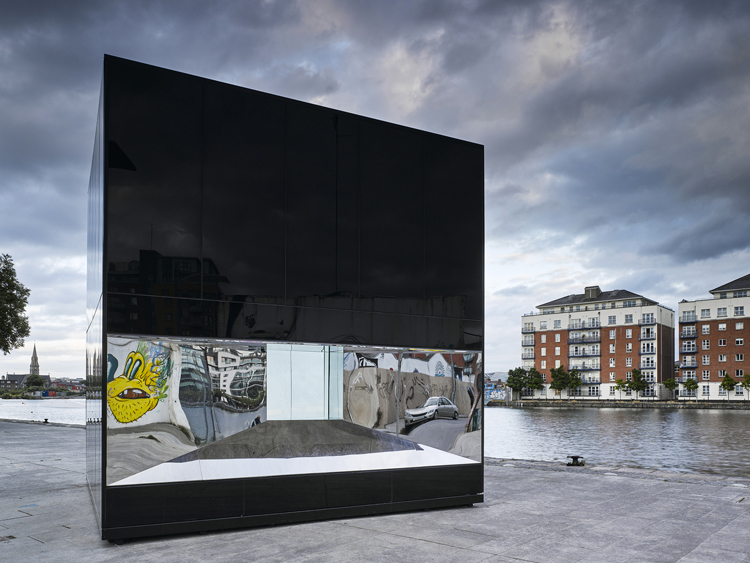 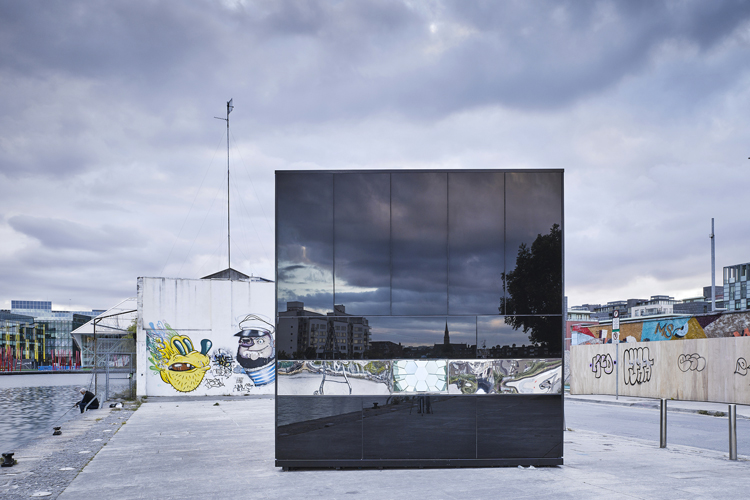 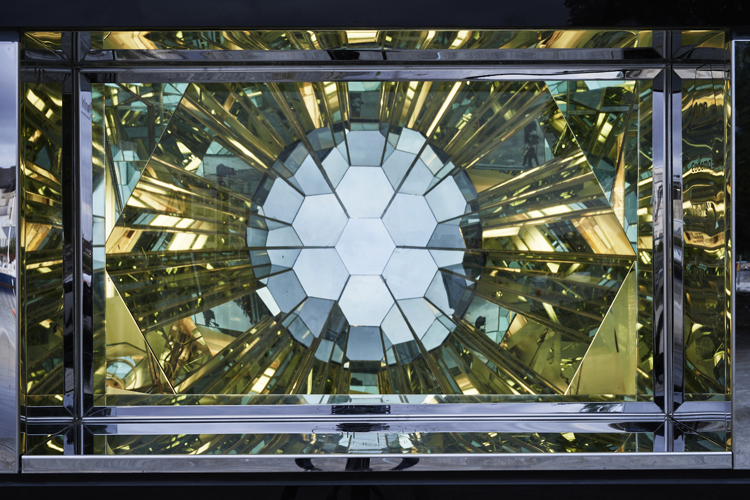 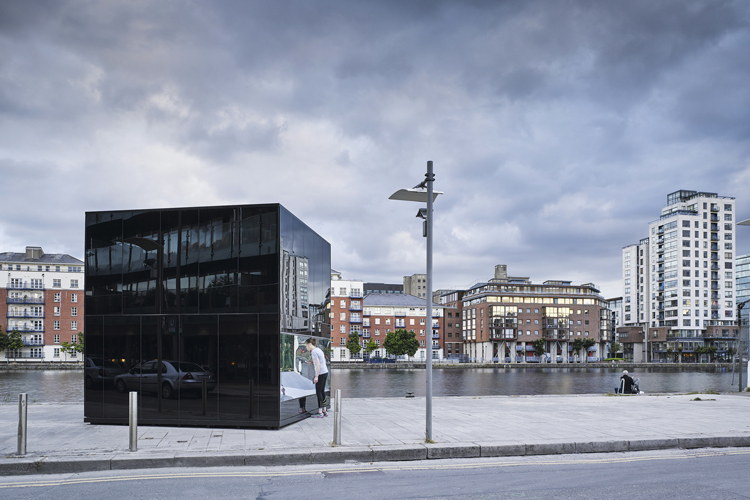 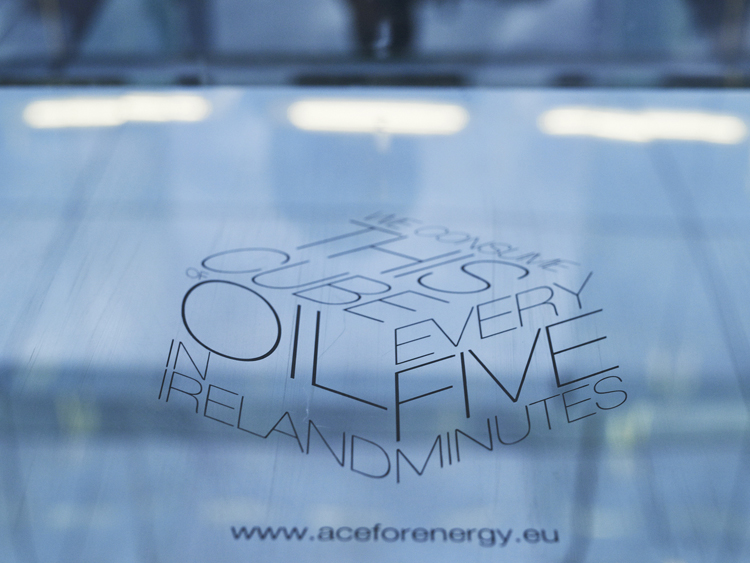 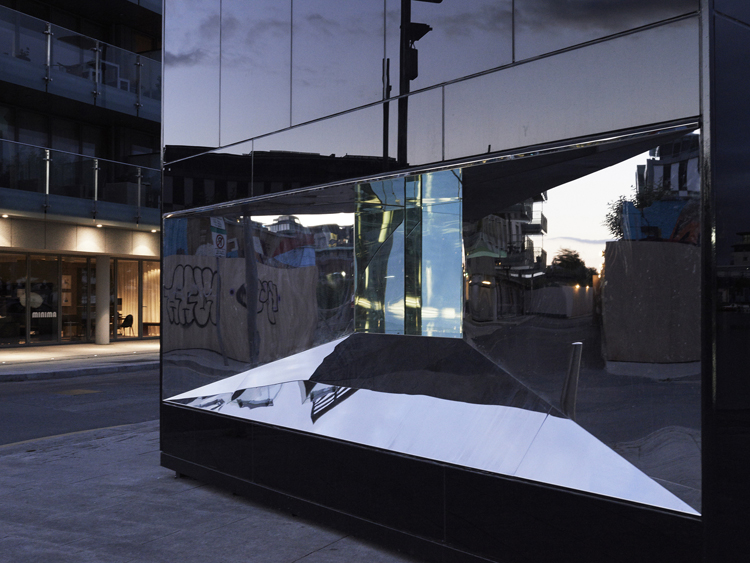 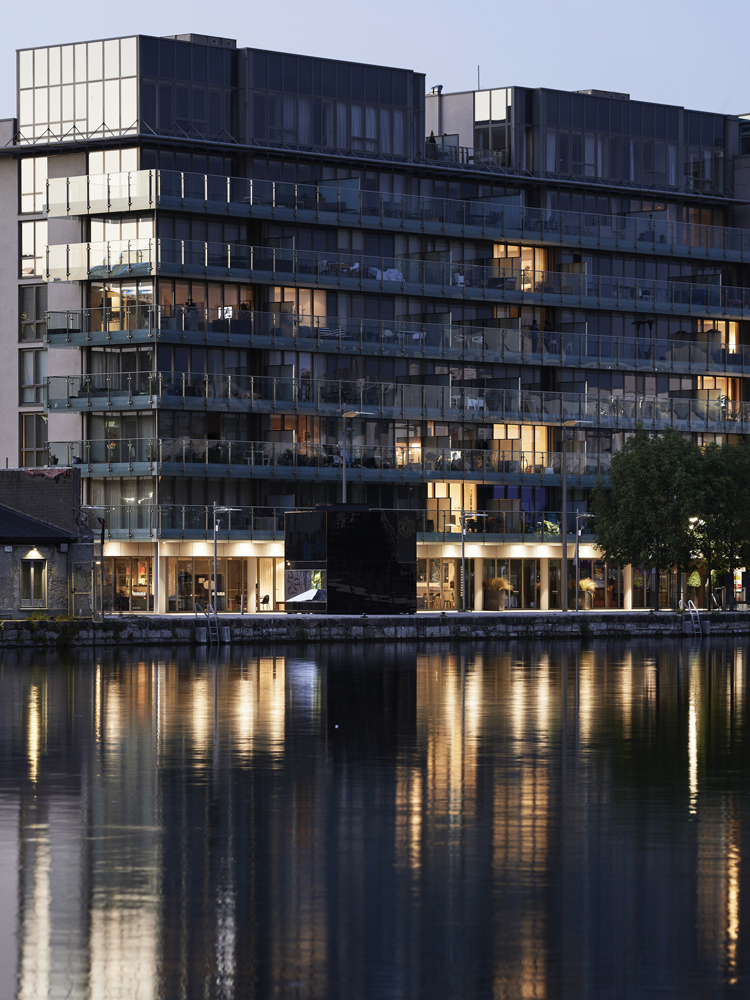