Planchonella House was designed by Australian architect and builder Jesse Bennett with a simple idea in mind- to create a series of joyful spaces to inspire and enrich daily life. Set in tropical north Queensland, the house embraces the heritage rainforest surrounds and utilises experimental passive design methods. The simplistic approach and use of Lo-Fi technologies results in a raw and honest dwelling. 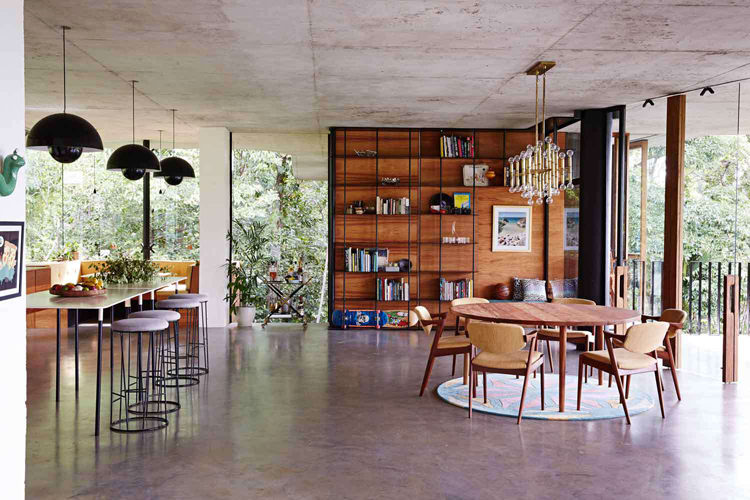 Contours of the site ridgeline have formed basis for the playful lines utilised in concrete profiles. As not to protrude out with the ridge, the profile is mirrored and cuts back in to the ridge. Visual amenity from surrounding lower areas has been maintained with this design in that rather than creating a dominant form on the landscape, it tucks back in at the critical highest most revealing point. 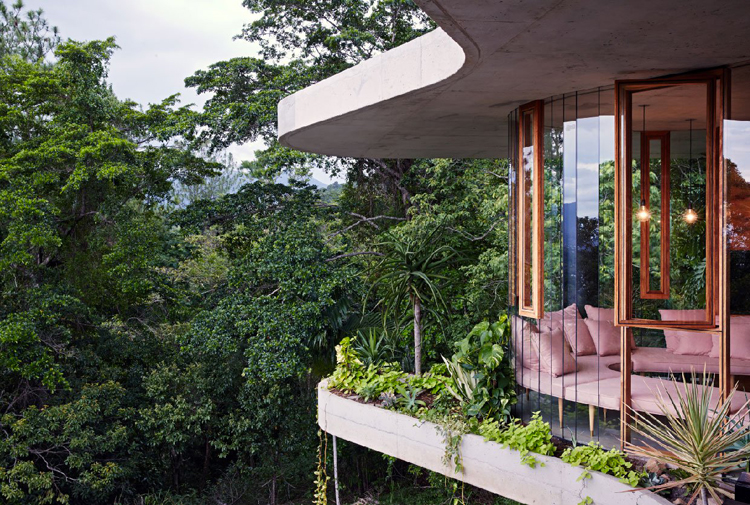 The wings created each side of the ridge float into the surrounding rainforest and become part of the tree canopy. The large flat roof with generous overhang acts as a rainforest canopy above, minimal walls and columns in between allow for un-obstructed views and moments to be shared with the landscape. 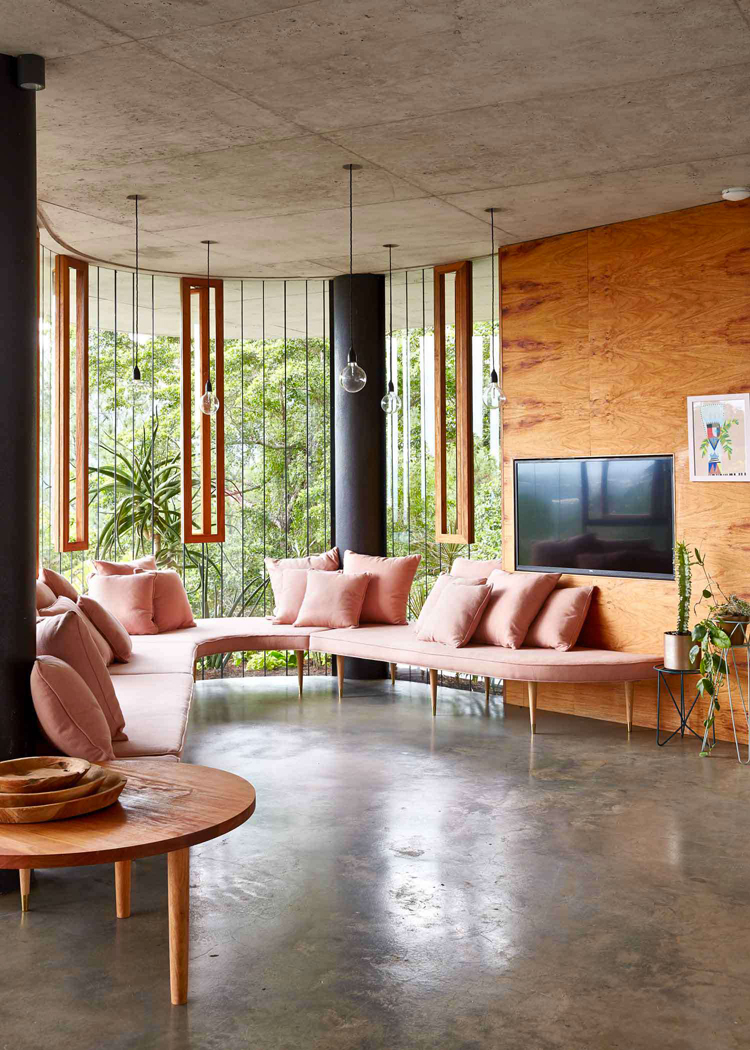 This omission of boundaries between inside and outside gives an openness and quality of space that is surreal, living completely within and engulfed by a beautiful landscape. The resolution of plan follows a purely functional approach to use of space, privacy, visual connection and passive design principles. The plan wraps around the courtyard space, which is considered the second hearth (after the kitchen) or perhaps lungs to the entire dwelling. 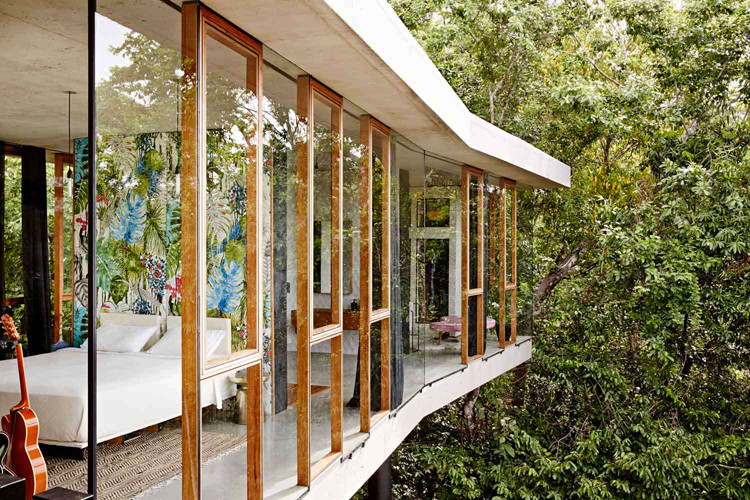 The courtyard contributes much to the house and its occupants, it is an oasis that provides sun, light, ventilation, happiness, activity, visual stimulation, and entertainment. It also provides connection to the surrounding rainforest, connection from one part of the house to another, and acts as the focal node to the promenade experience of moving through the house. 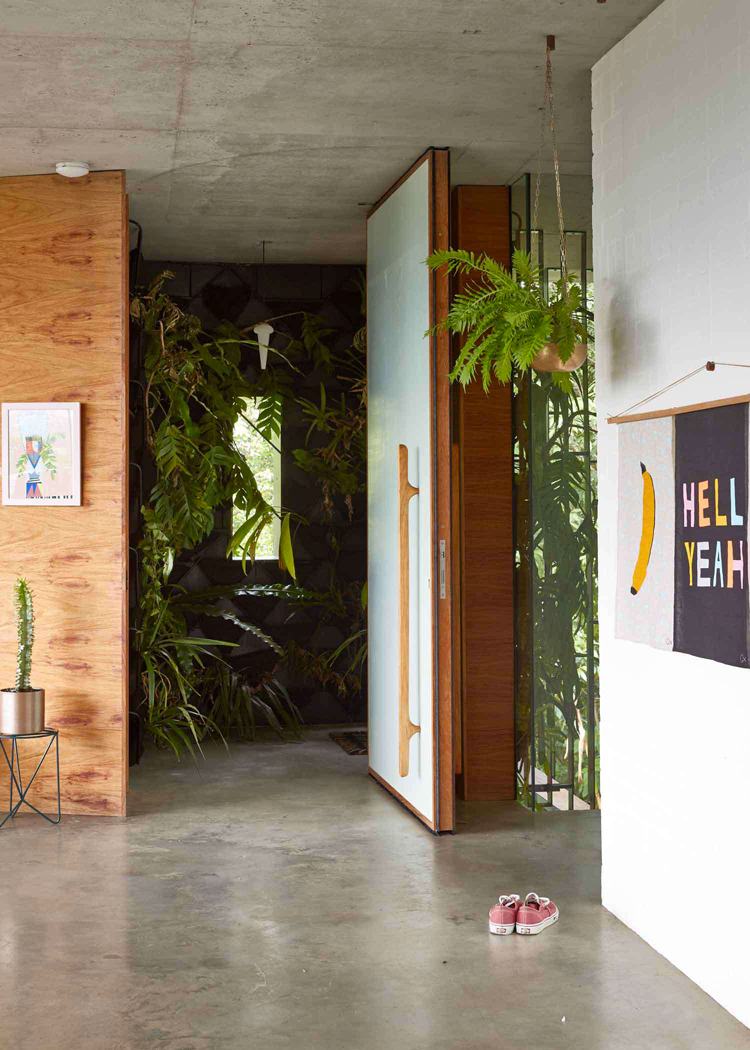 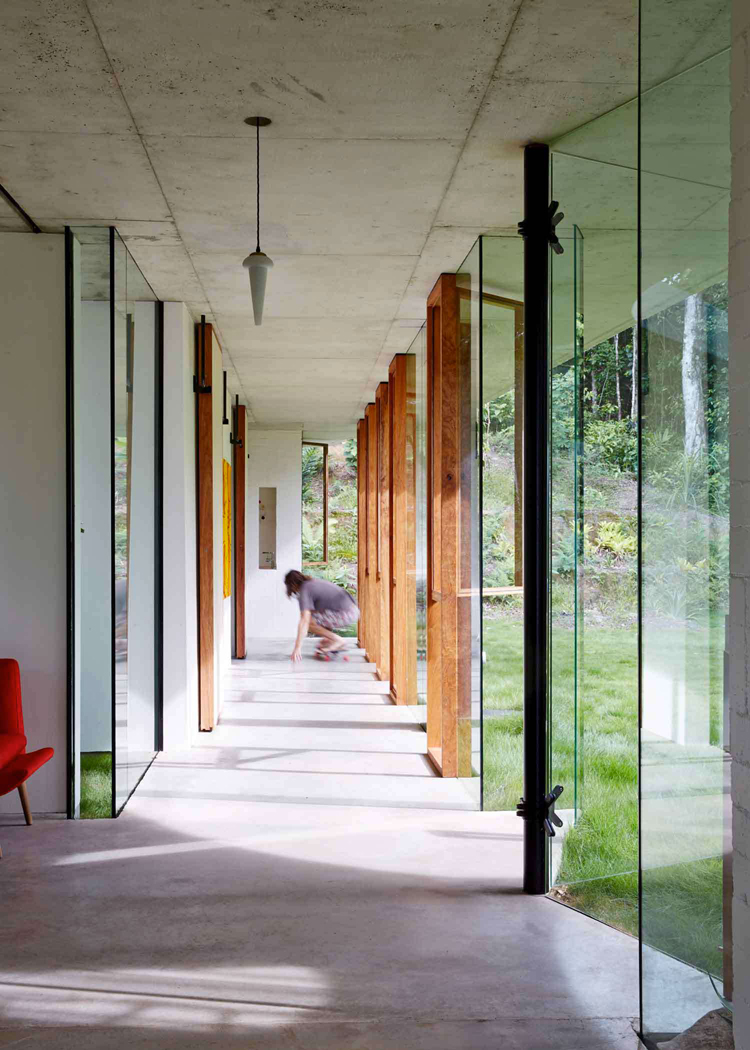 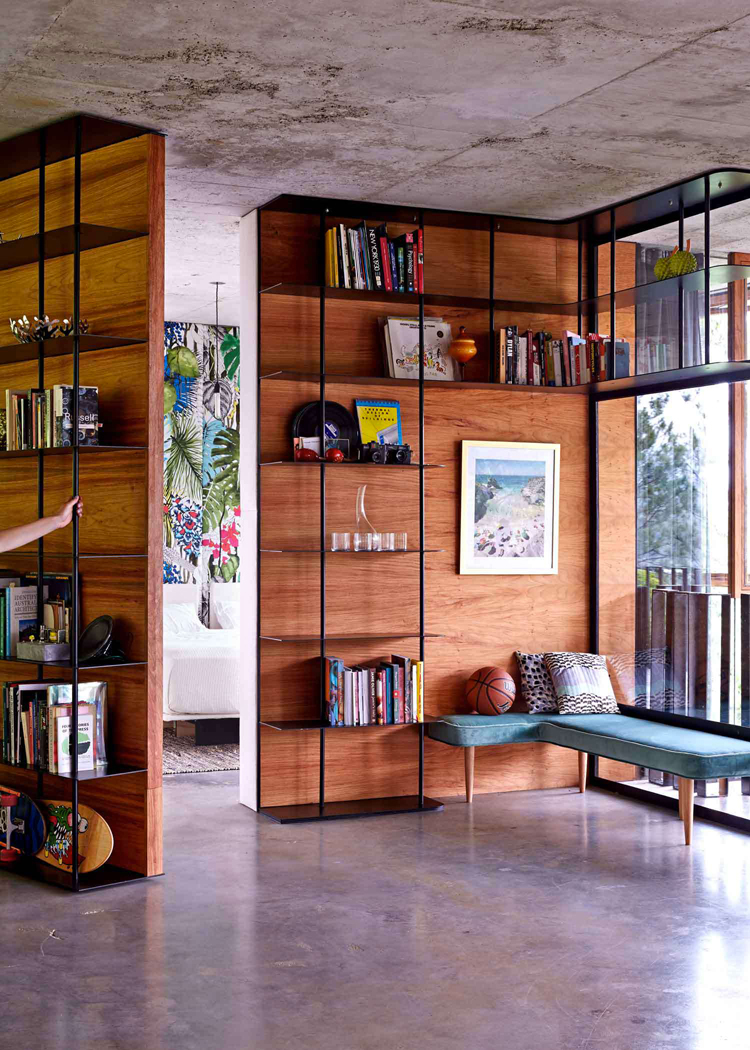 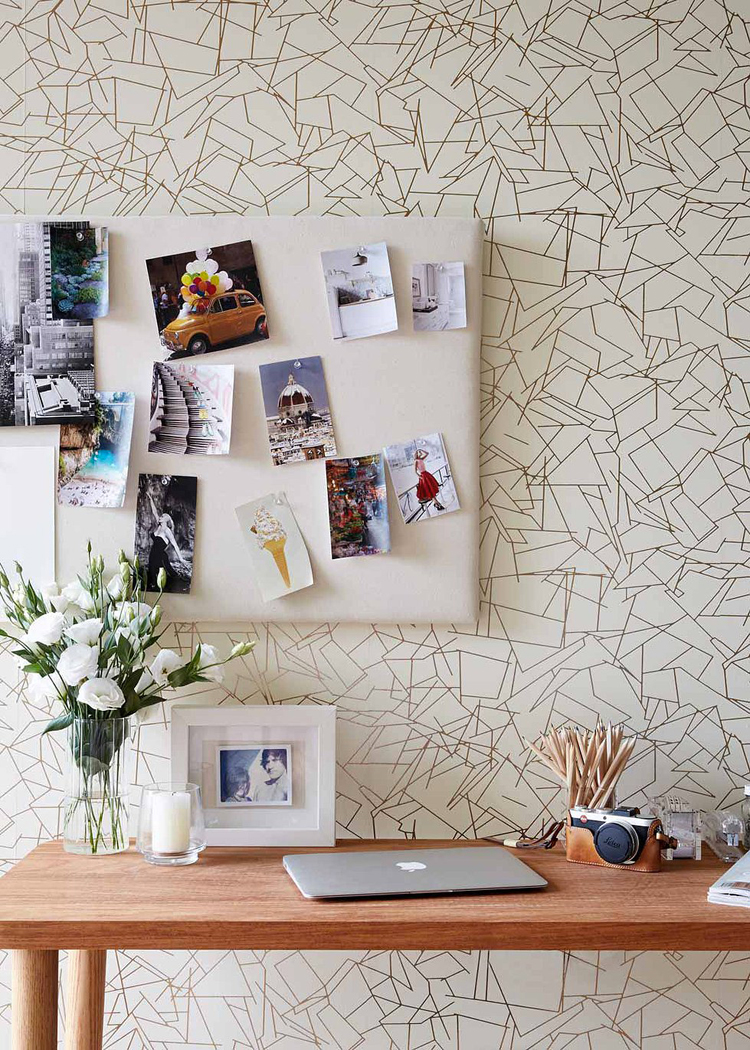 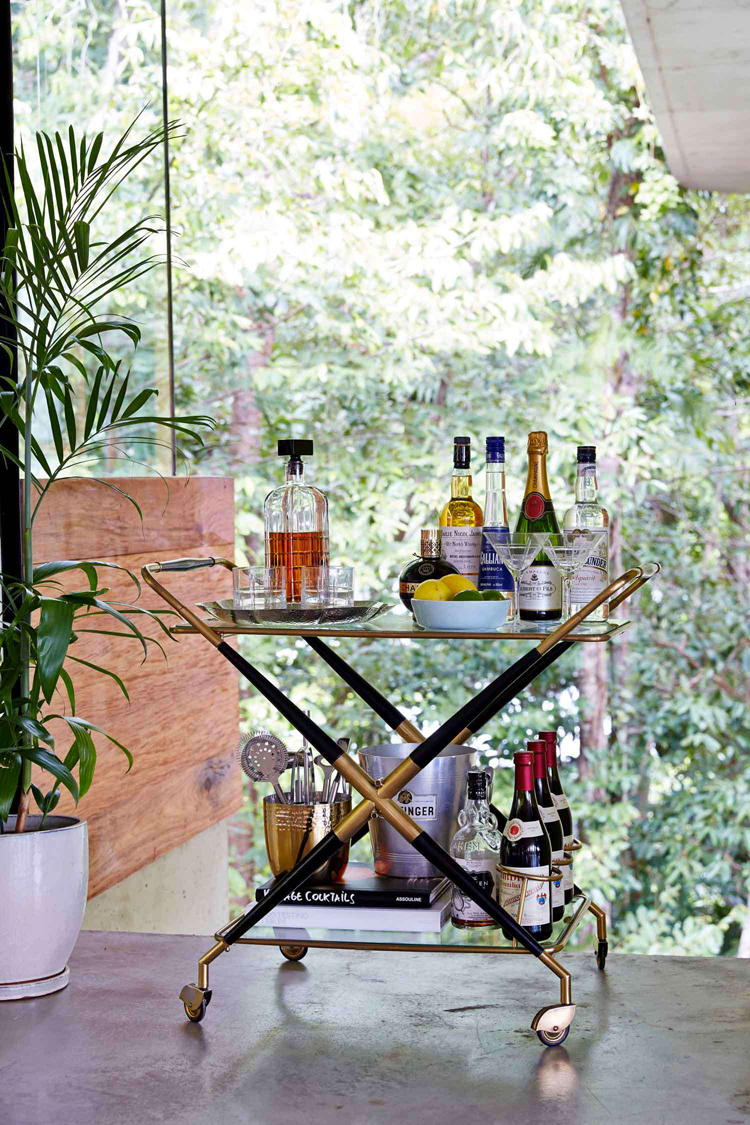 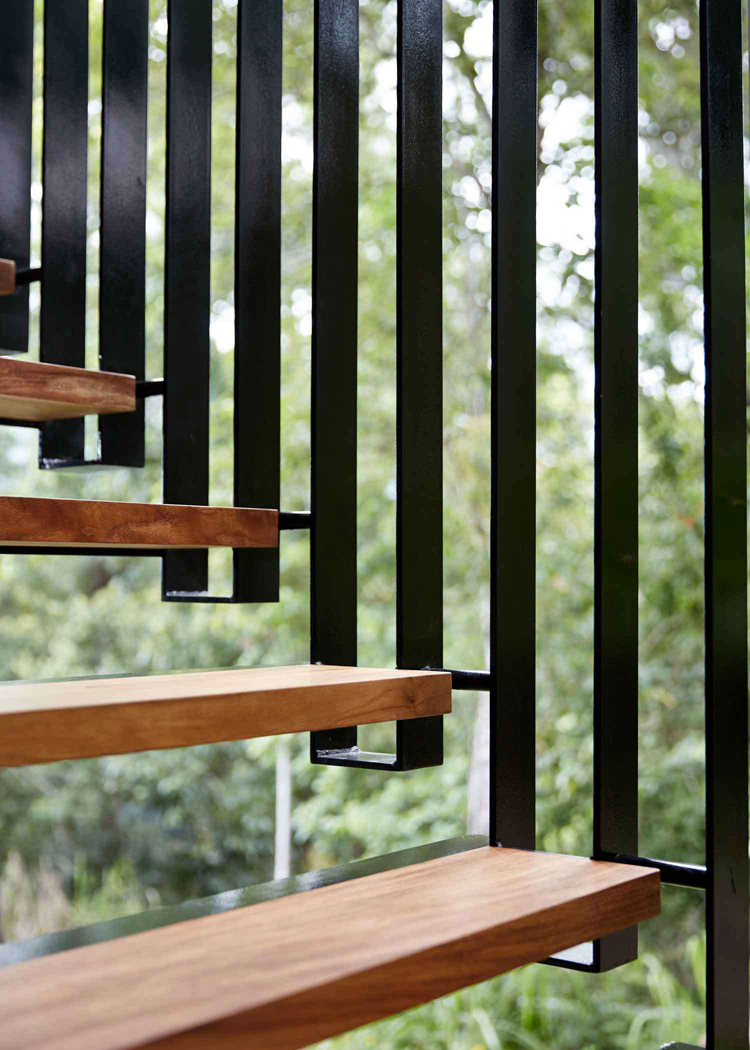 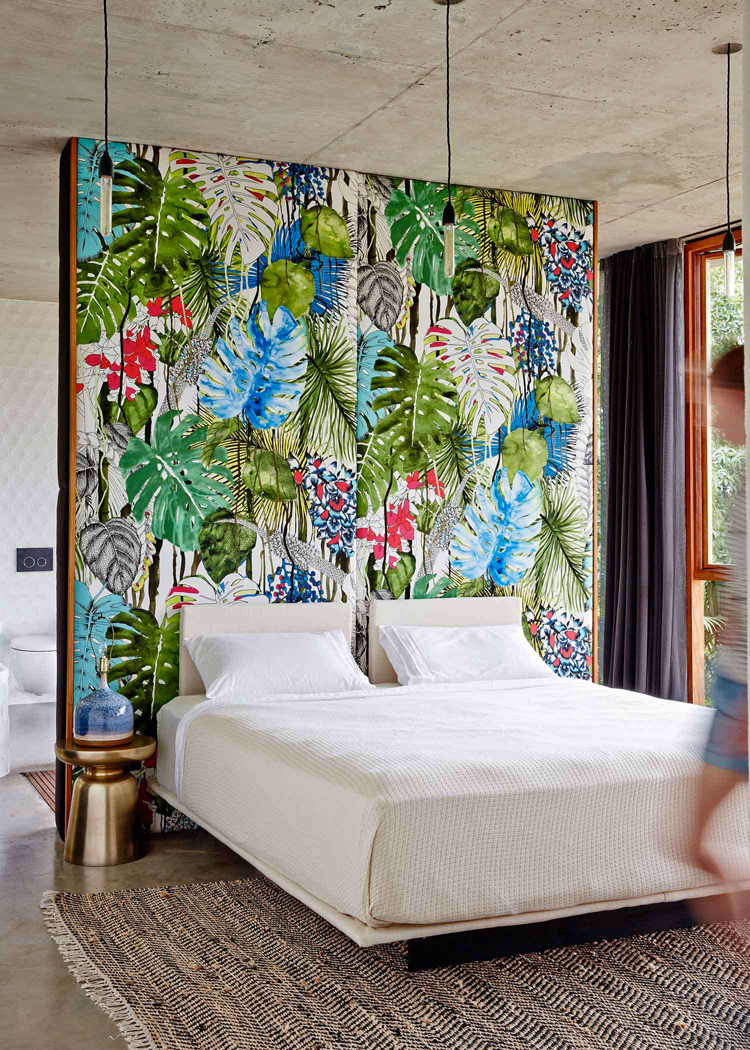 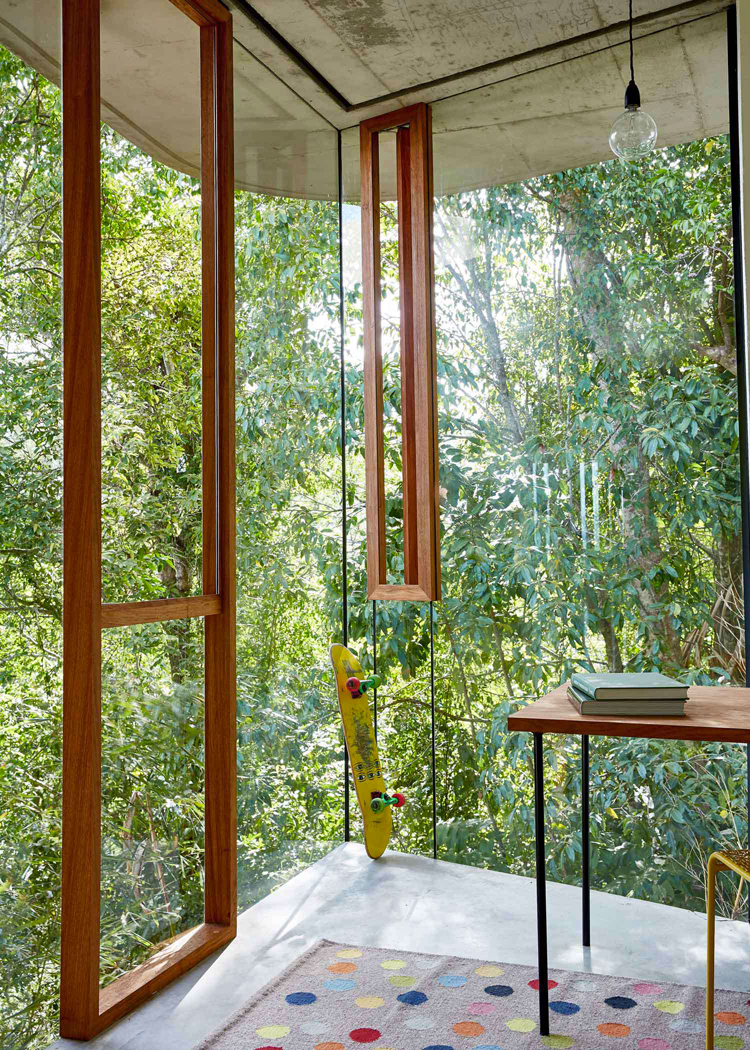 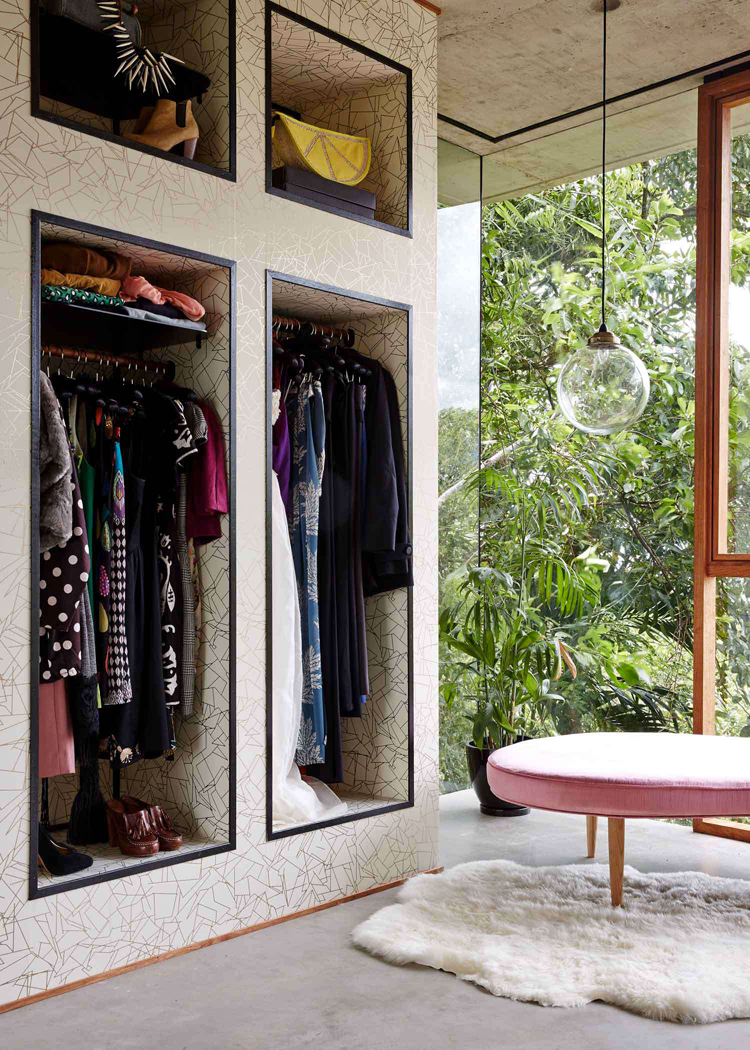 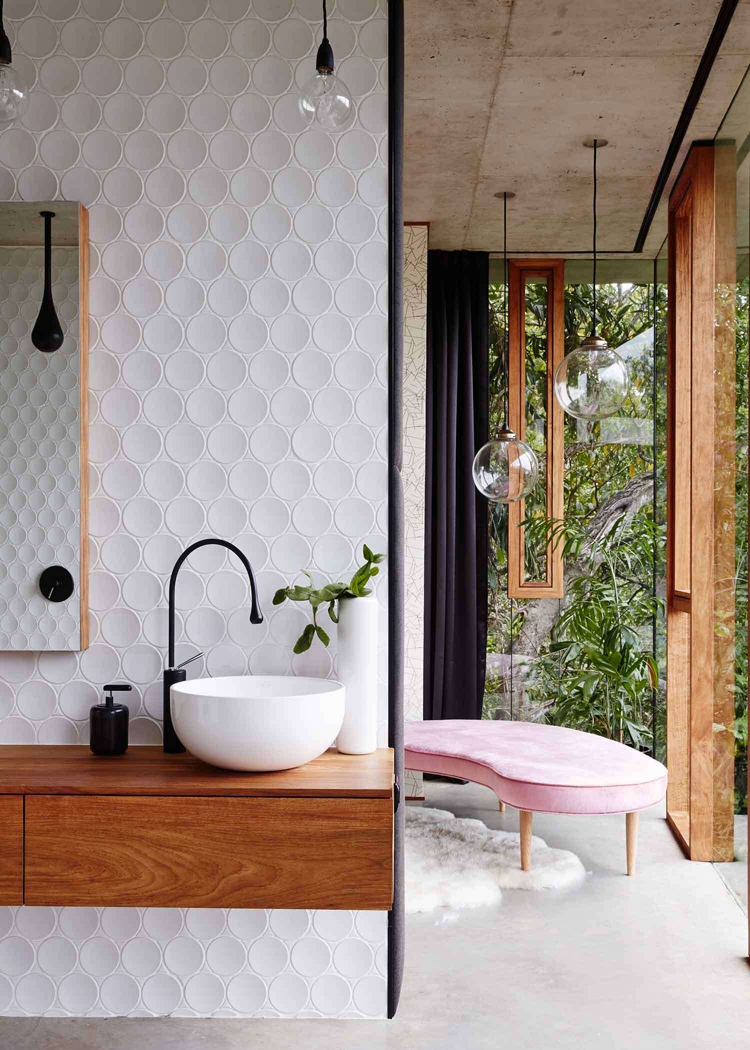 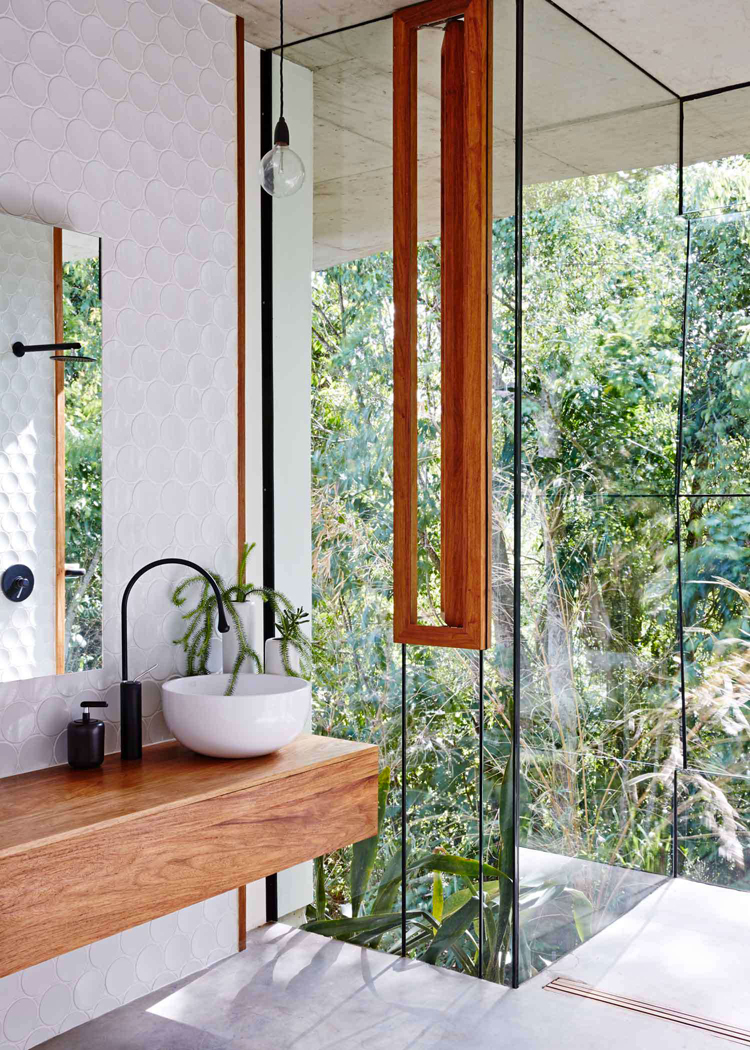 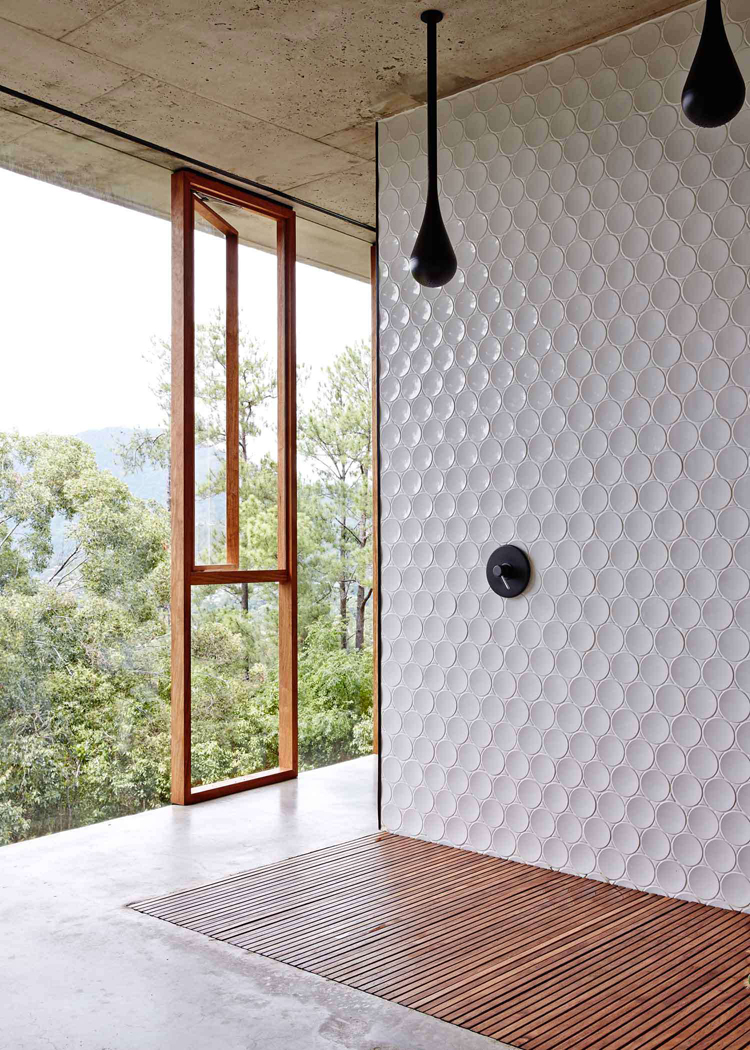 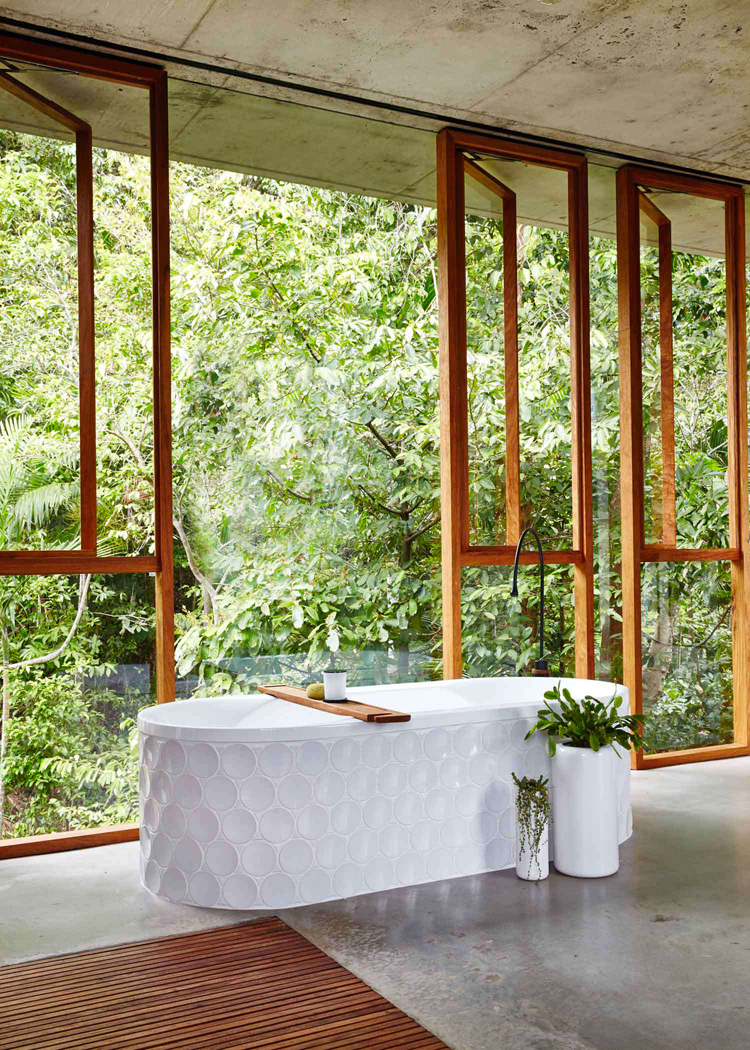 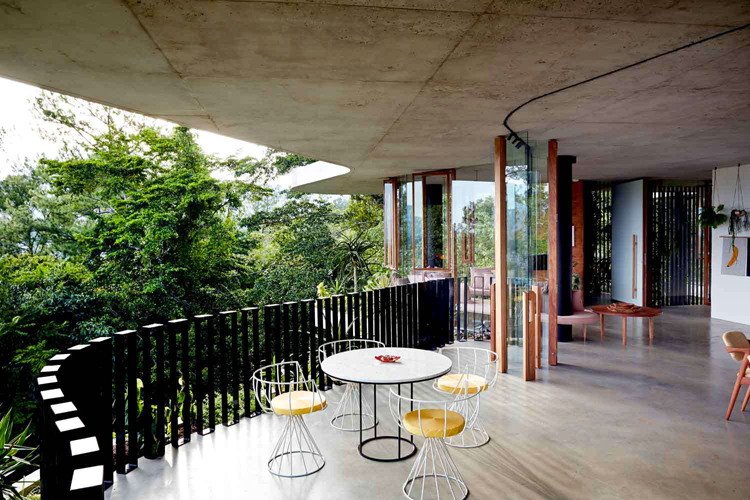 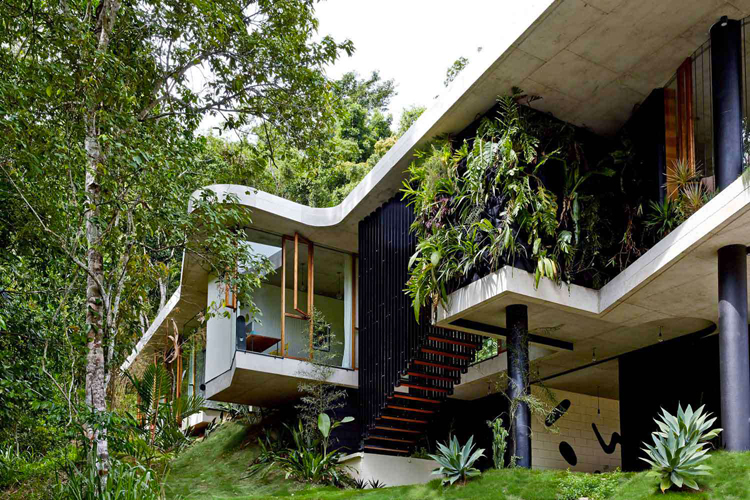 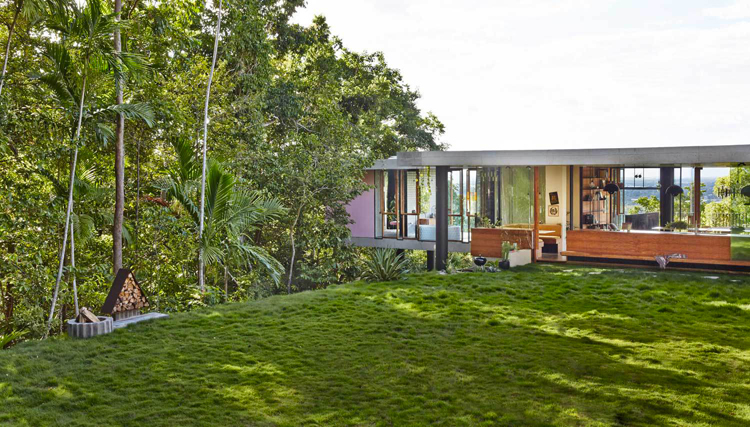 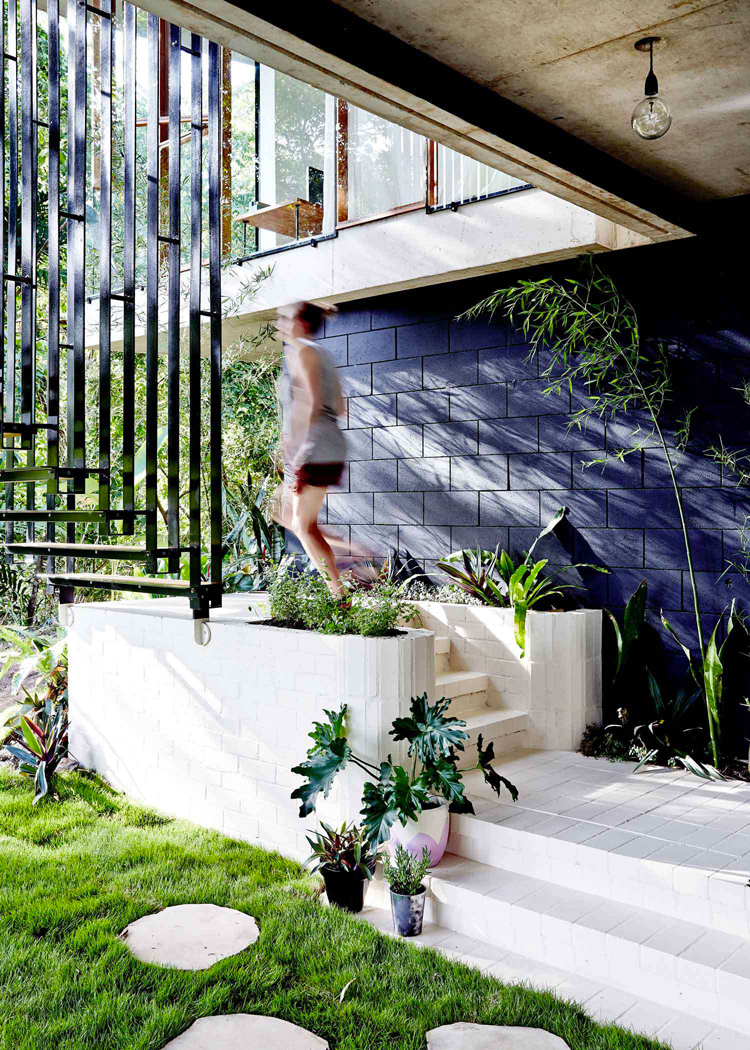