Maruhiro is the leading producer of Hasami ceramics which includes pottery and porcelain. Named for the region including Hasami, Nagasaki prefecture, this area has a history of ceramic tableware production and wholesale distribution dating back to the early 17th century. 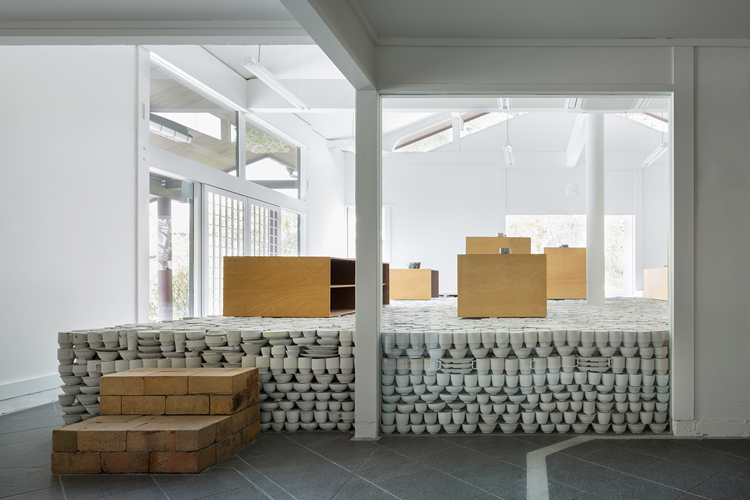 For the renovation of the pre-existing flagship shop, Yusuke Seki’s design marries an architectural knowledge to the artisanal know-how of the region, and in so doing, creates an entirely location- and situation-specific experience. Seki’s vision is to posit the designer as interpreter. His methods seek to amplify Hasami’s heritage by drawing out and translating the potential of the complete local environment, unifying its people. A minimal design interference, a modification in the level of the floor, not only utilizes the pre-existing space to alter the perspective and experiences held by the users until the present, but also gives birth to an entirely new sense of flow within. 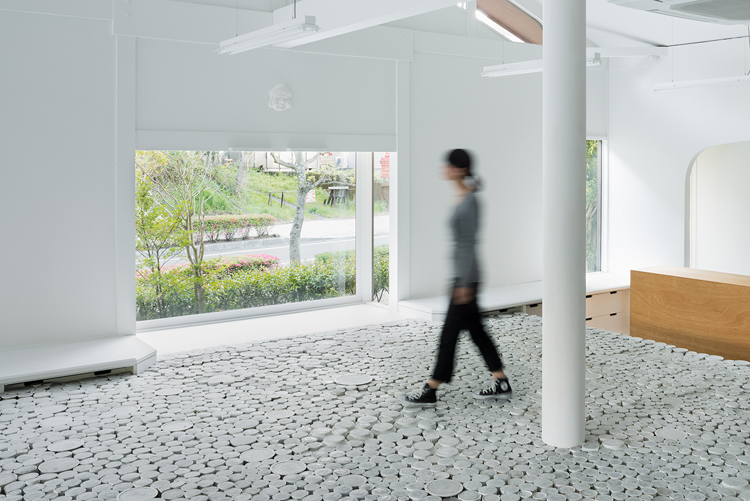 Constructed of 25,000 pieces and in cooperation with numerous pottery factories from Hasami area, the conceptual and experiential focus of the design is a stacked central platform, layers of locally sourced imperfect tableware and poured concrete. Each of these pieces, called “Shinikiji” in Japanese, were found to be flawed after the initial bisque-firing by their respective local production facilities. 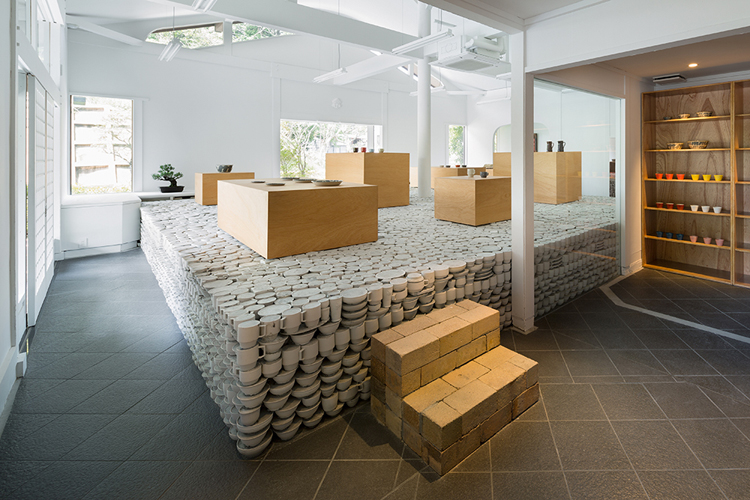 As part of his design process, Seki revived these pieces, using them as bricks, and transforming them into a new architectural material. The stage is not only a representation of “Monohara”, the name given to specific areas, existing solely in Nagasaki, where broken pieces in firing process are disposed since approximately 400 years – an archaeological “mille-feuille” of the long industrial history of the region – but also creates a sense of reverence for this history, conveying the fragility of each single item engineered together to inspire and cultivate respect for the legacy on the whole. 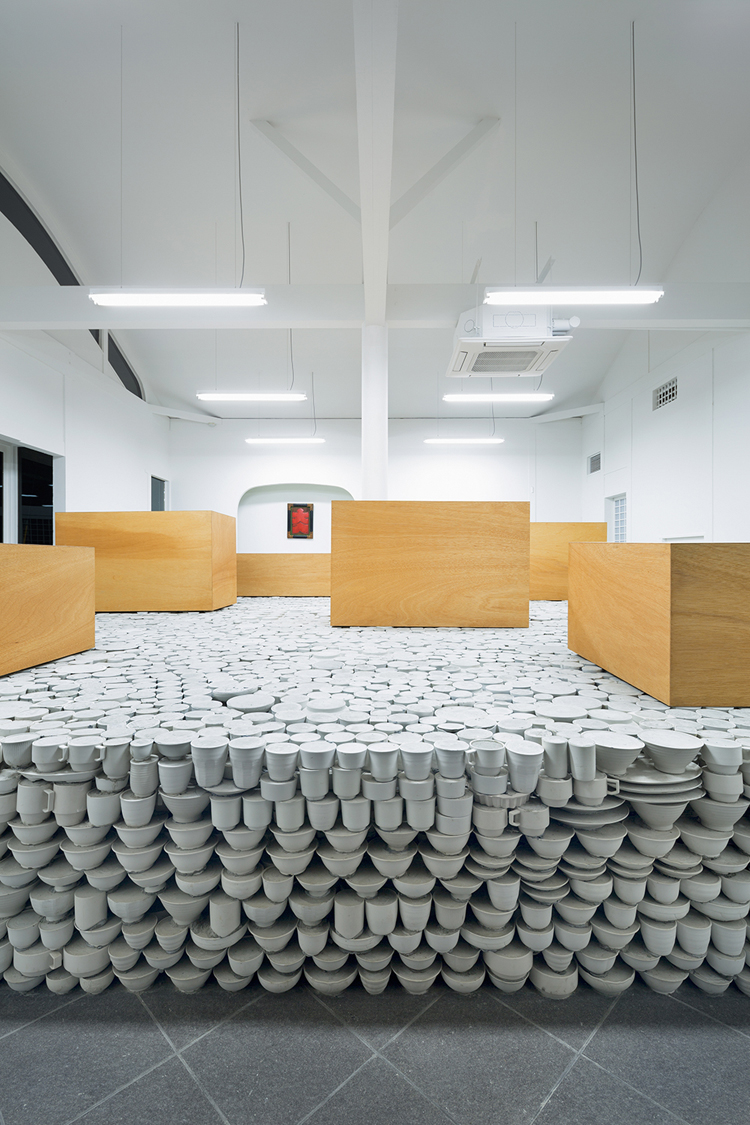 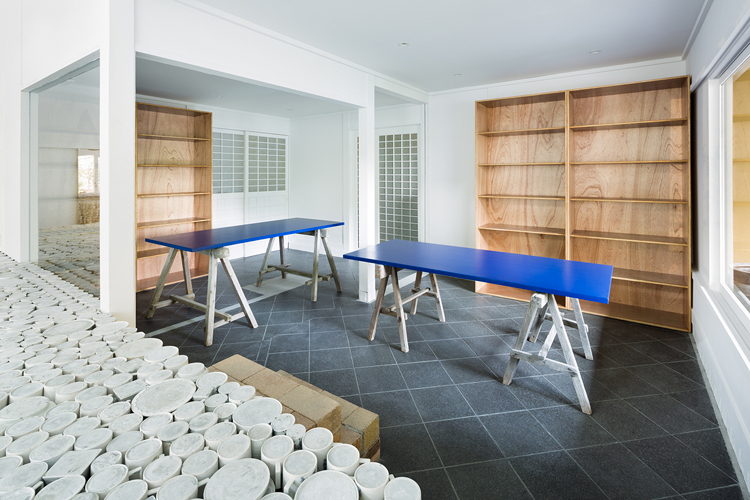 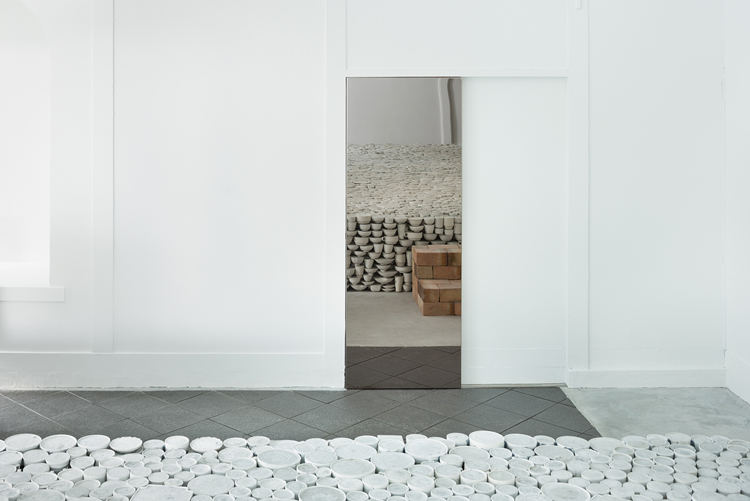 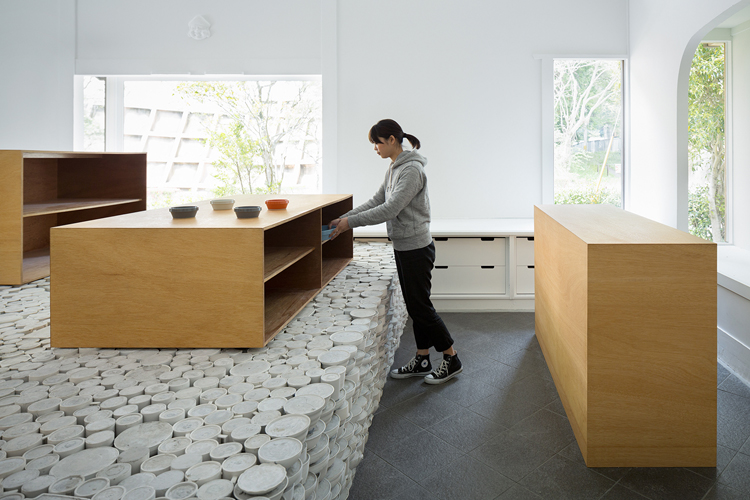 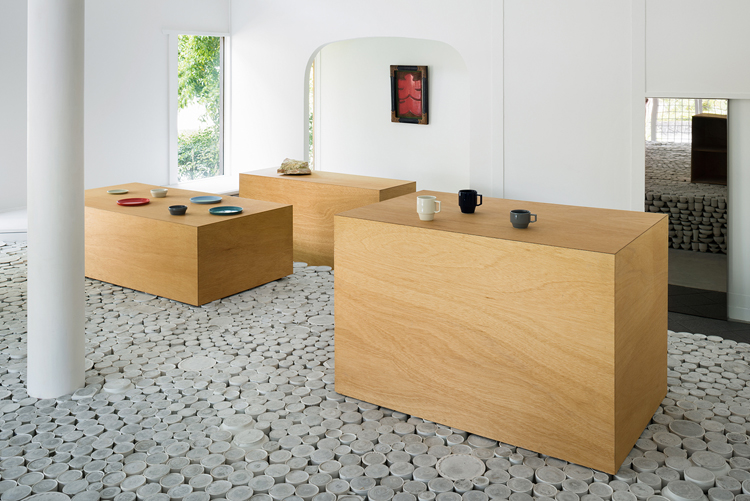 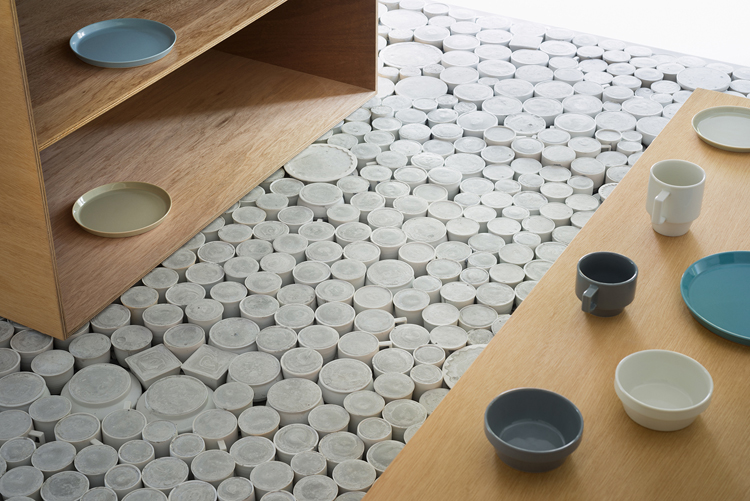 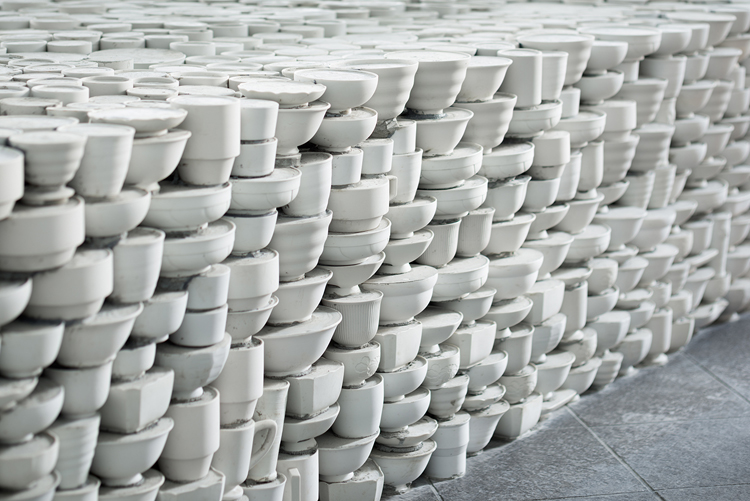 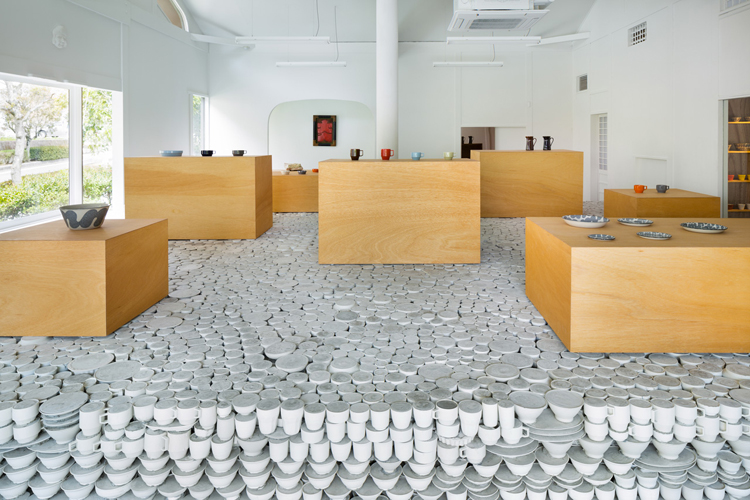 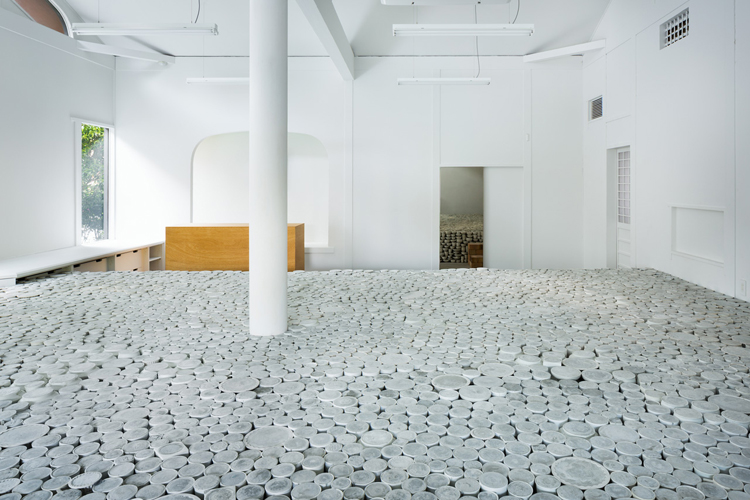 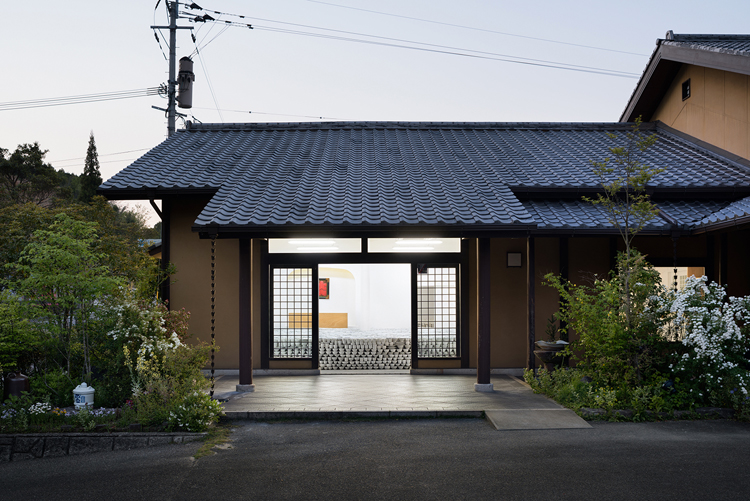