Designed by Russian Crosby Studios architects, this two-bedroom apartment for a young couple is located in a building constructed in 1900s near the centre of Moscow. With similar ideas in mind, owners and the Crosby Studios architects decided to make the apartment into a Brooklyn-styled studio, not too motley, with clean forms and black and white elements. The team was inspired by Donald Judd sculptures, Konstantin Melnikov architecture and the atmosphere of the Greenpoint and West Village boroughs in New York, as well as pictures of the city from the 1980s. 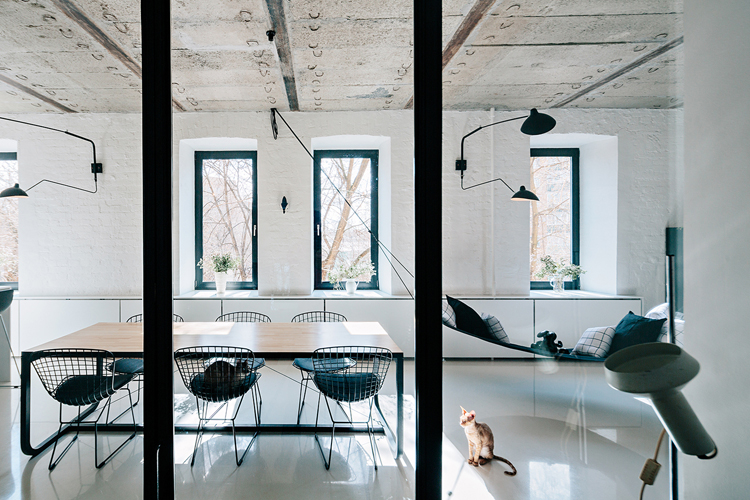 The entrance to the apartment starts with a narrow corridor that points attention to the window and hammock. To the right of the entrance is a closet with a hidden entrance to the bathroom. In the closet is a convinient open recess for keys and phones.

The studio is a ten meters long space with five windows, similar in size to the windows in New York brownstones. It’s divided into three zones: a kitchen, a dining area and a rest zone with a TV hidden in a closet. To reduce the feeling of having a kitchen in the dining area, the top cupboards are white like the walls, while the fridge is hidden in such a way, that only the thin line between the bottom and top door is seen. 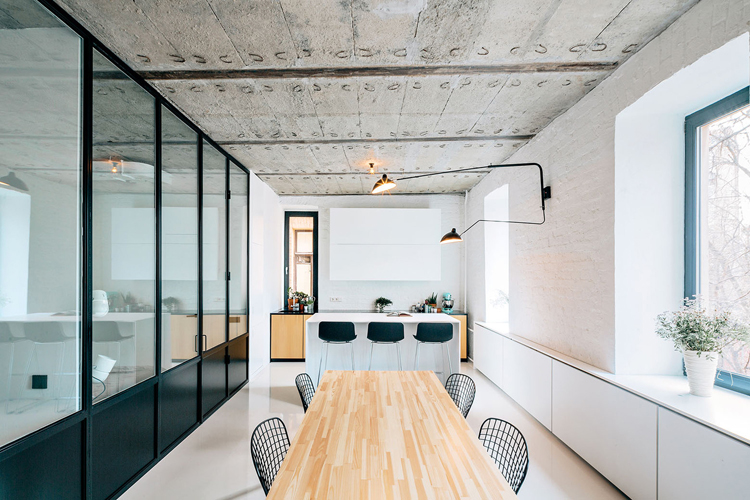 The ceiling was cleared of plaster, to see the real height available. Everyone liked the way the concrete looked and it was left as is. The white jointless floor covers the whole apartment, and the walls on the perimeter of the apartment are coloured brick. The bathroom in the shower area behind an arch is covered in black matte mosaic. 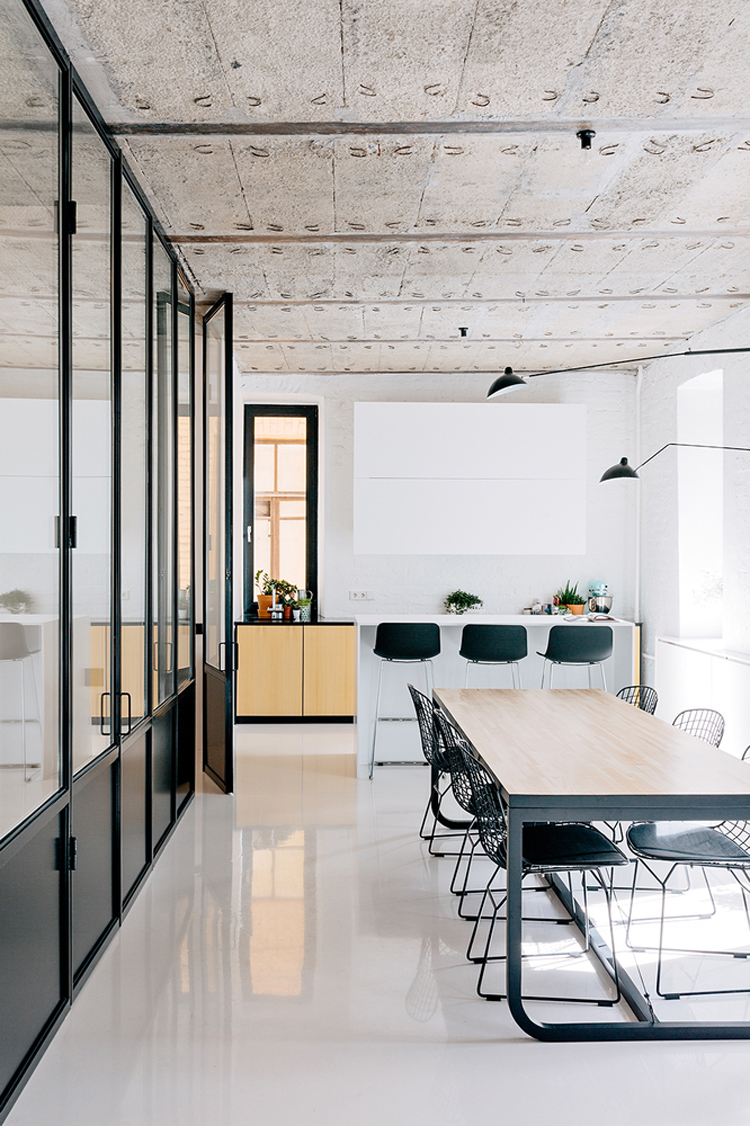 The bedroom has an entrance to a small dressing room. The office serves as an additional room for guests or work. The kitchen, table, island bar, dresser, coffee tables, sink and faucet in the bathroom, cupboards, hammock and glass partitions were all produced at Crosby Studios furniture manufacturing. The chair by Kandinsky, the desk, chair and lamps were found in the Mobeledom vintage furniture store. The decorations were collected by the owners over many years of travel. The penguin head was brought back from Bali, while the vases came from Copenhagen. 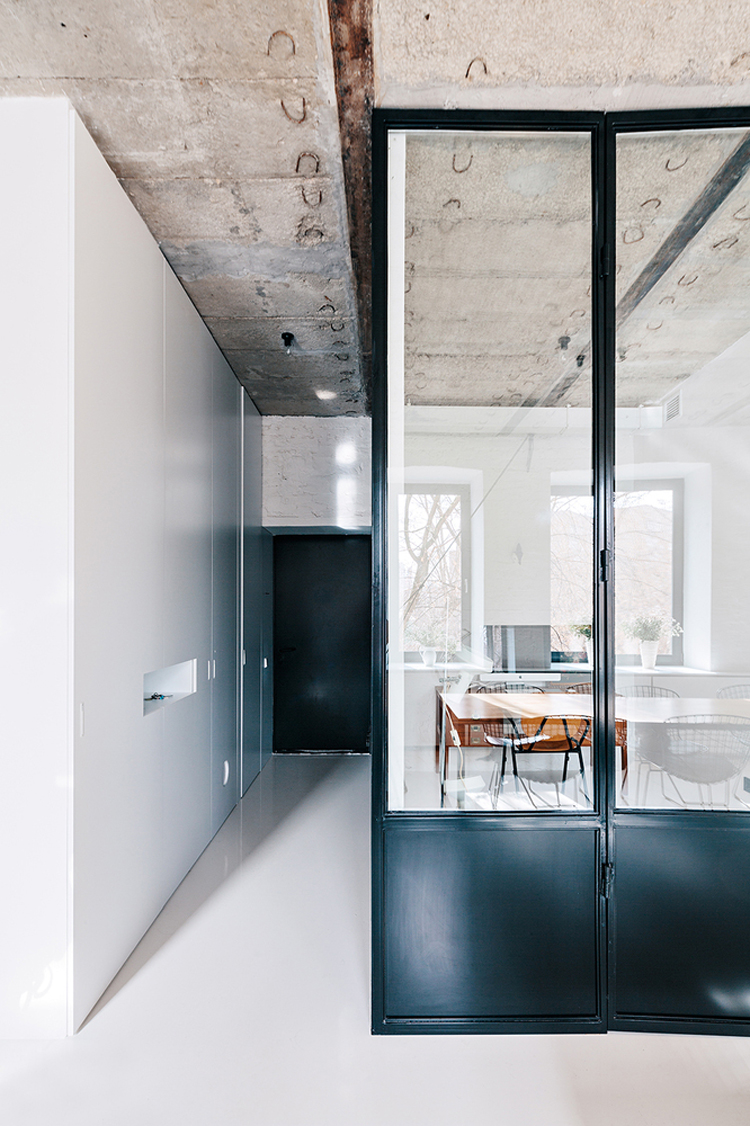 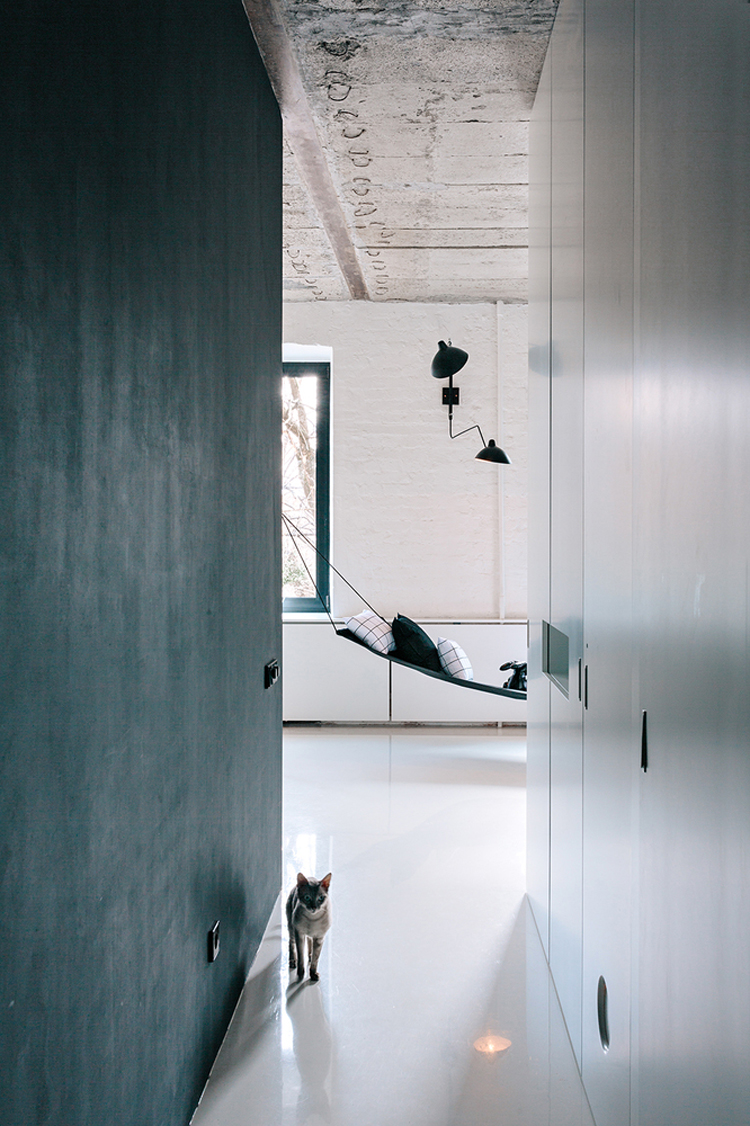 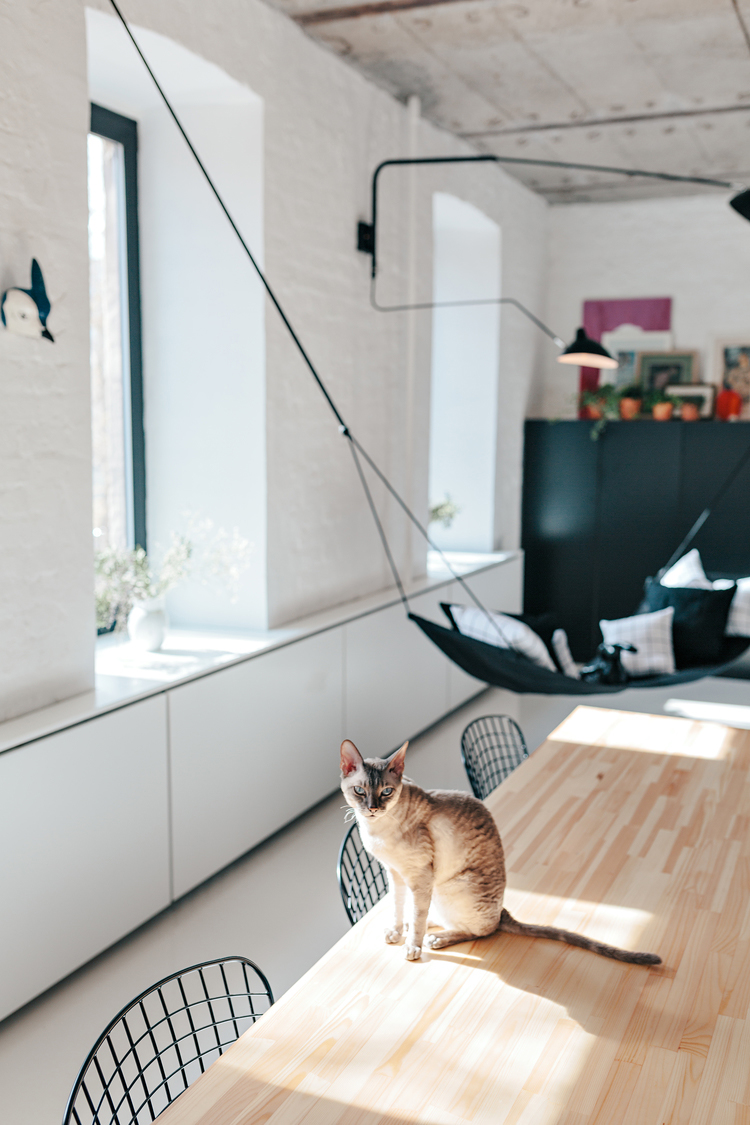 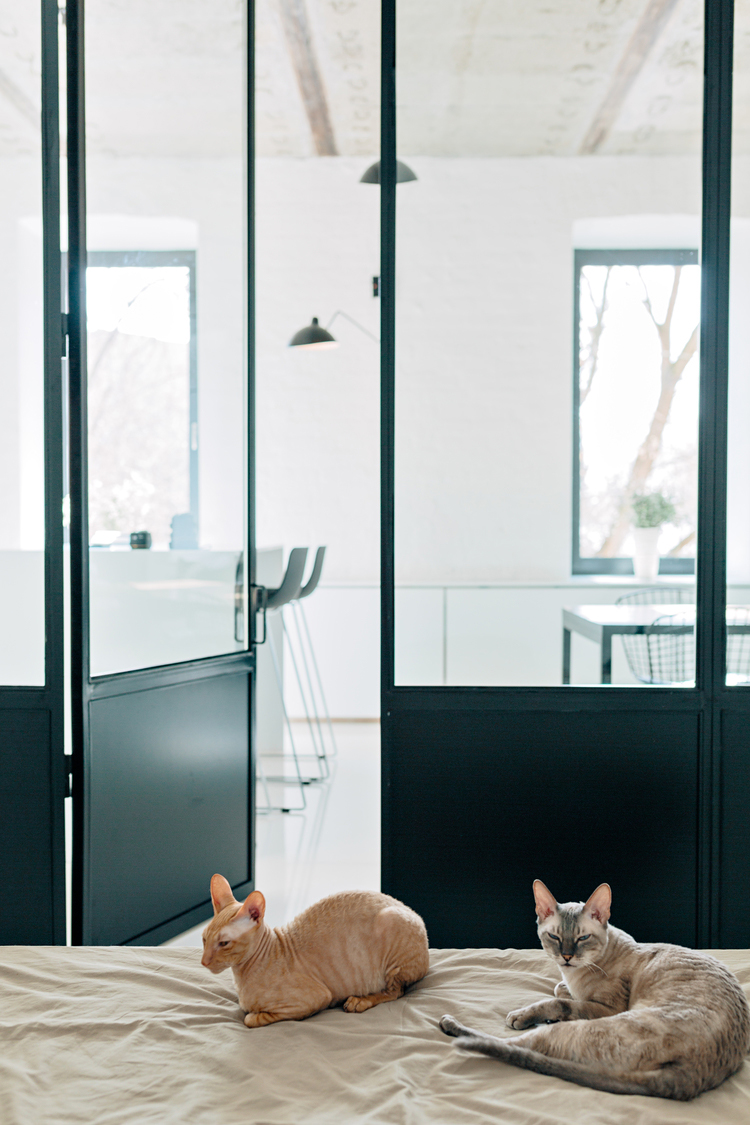 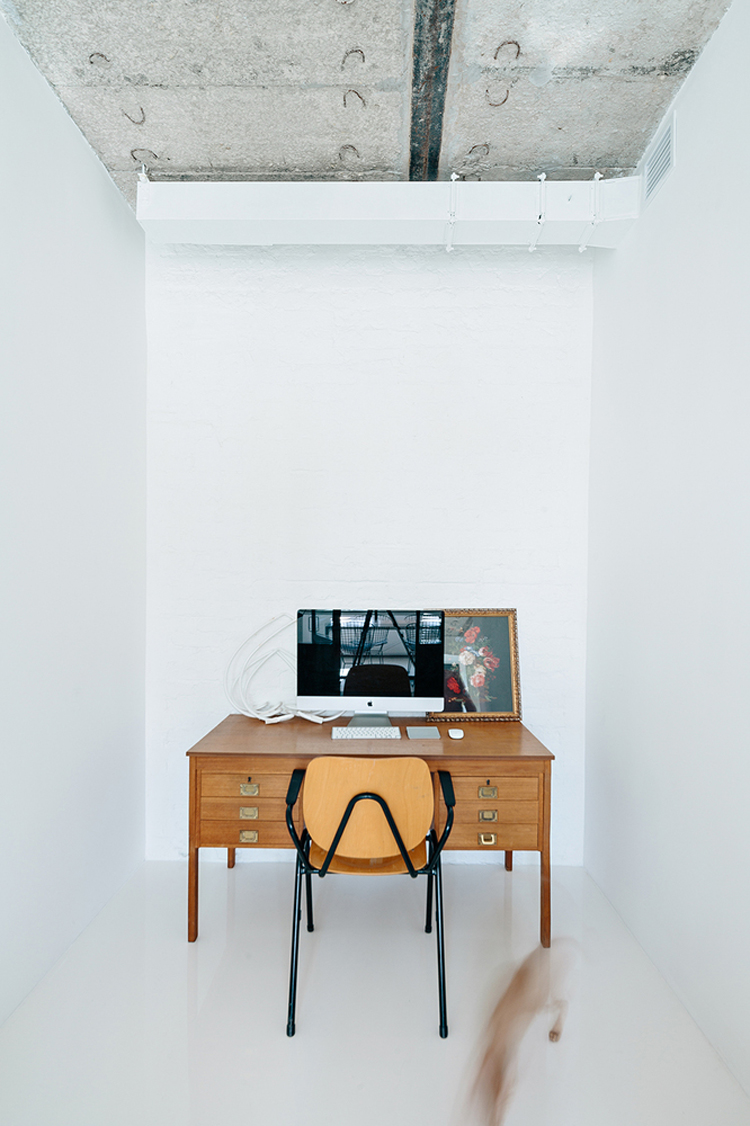 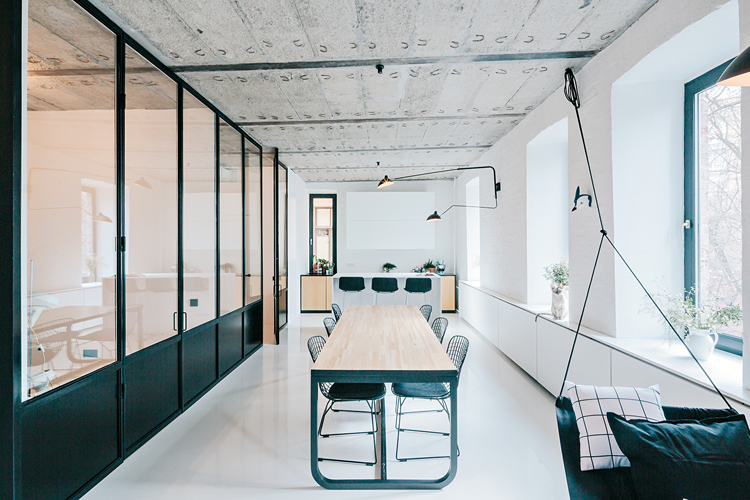 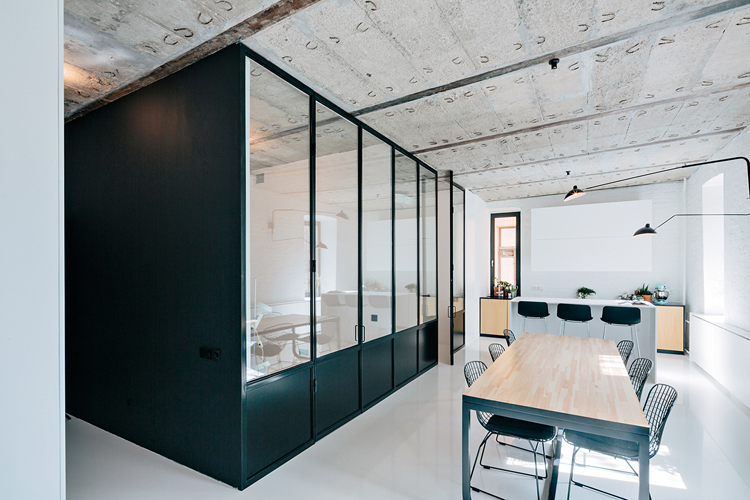 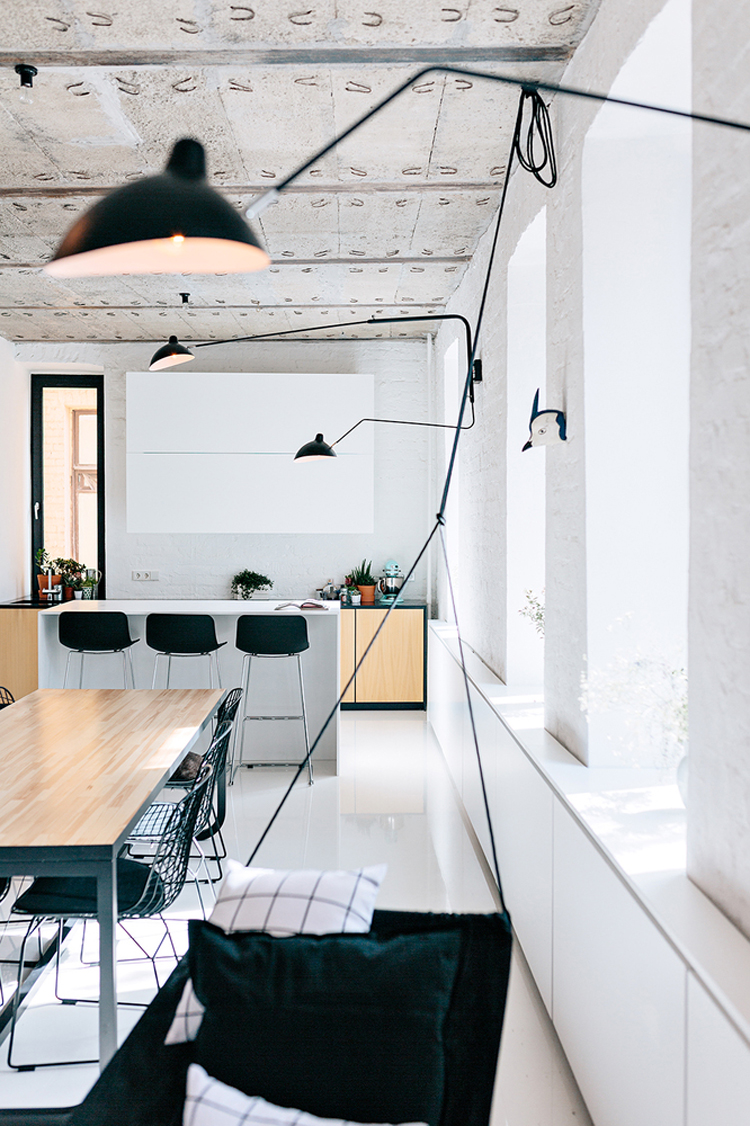 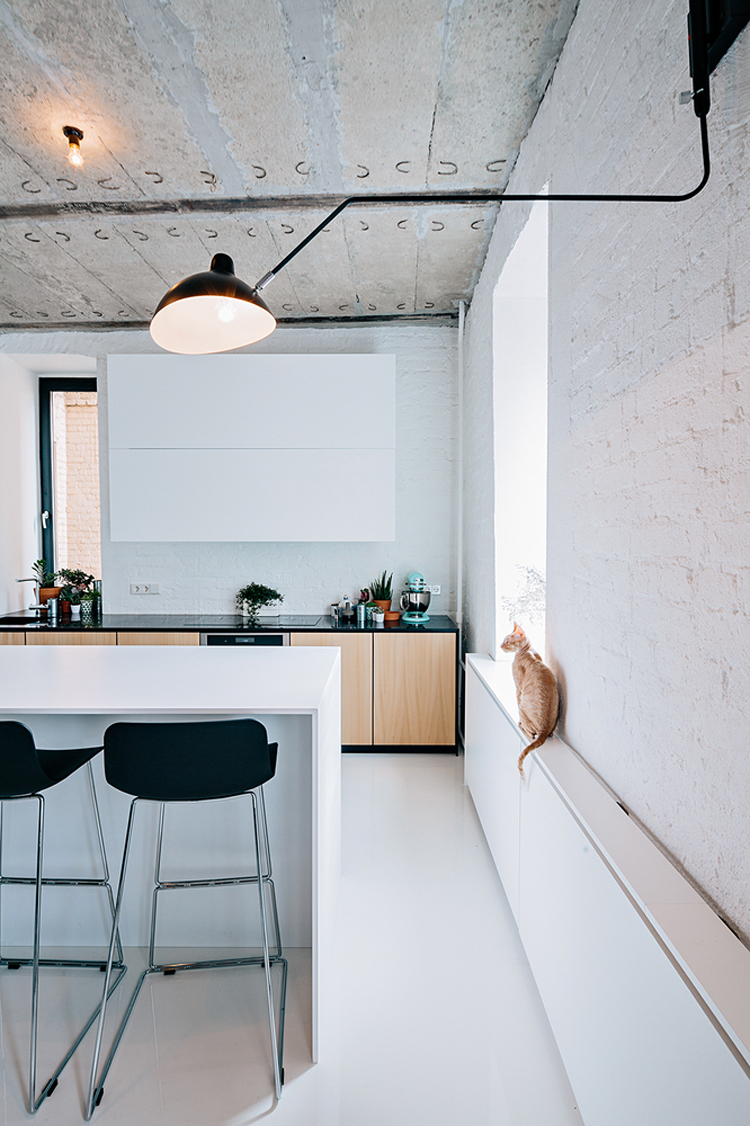 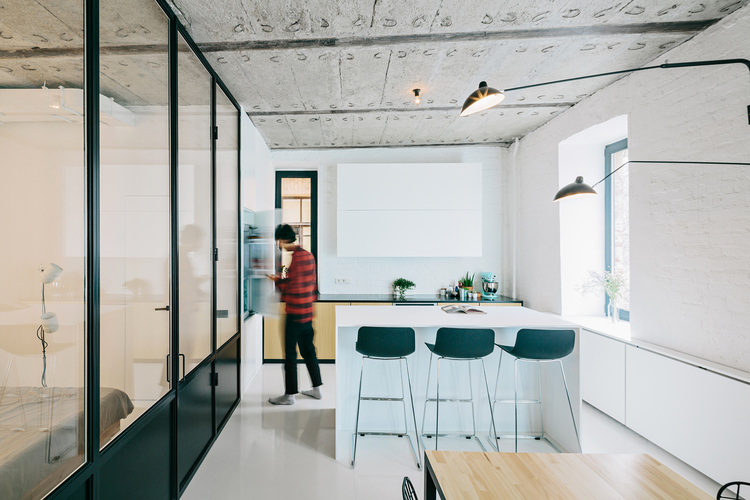 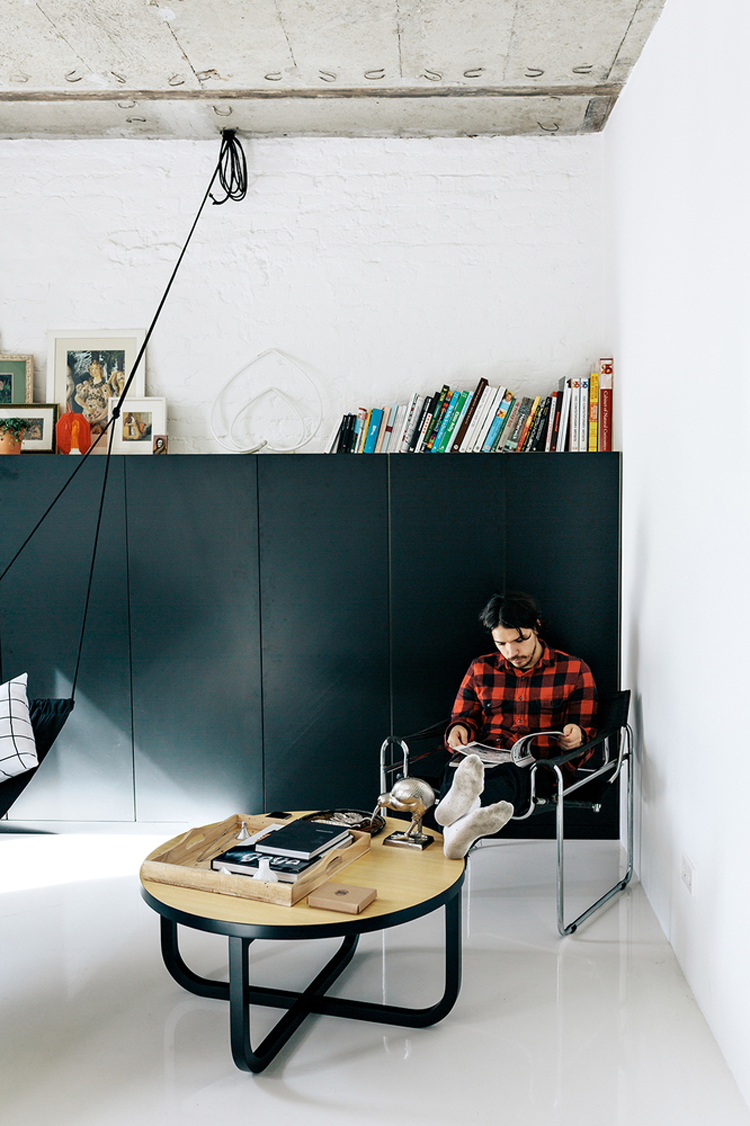 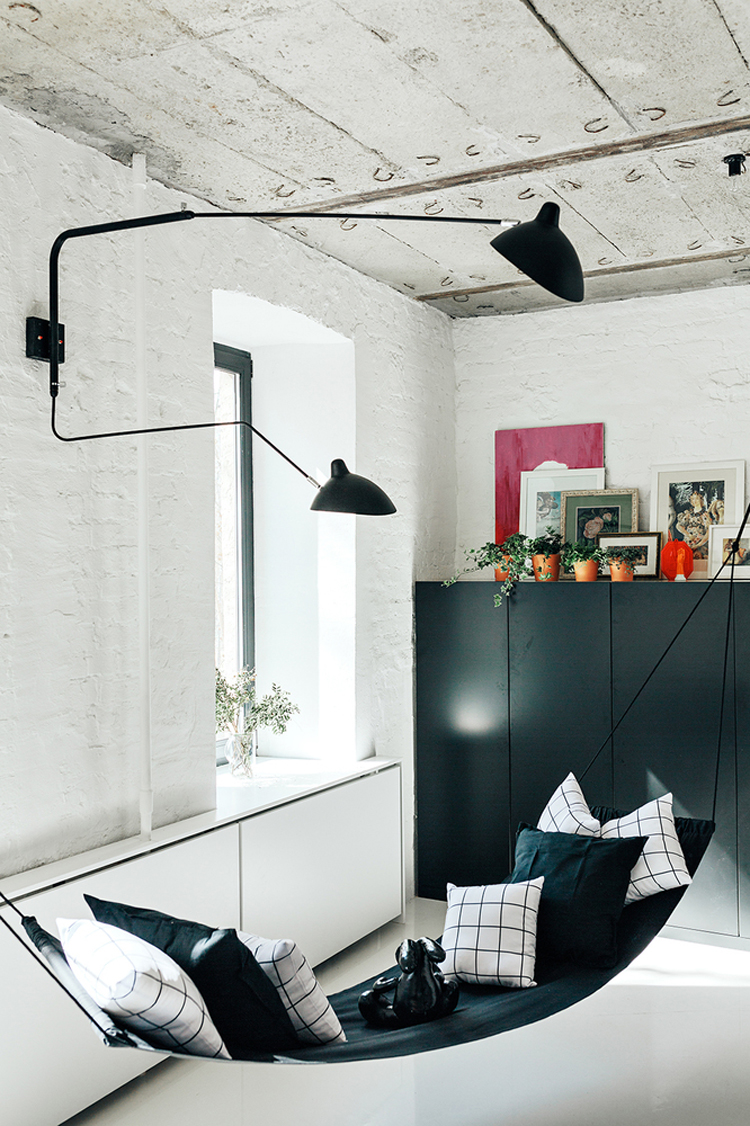 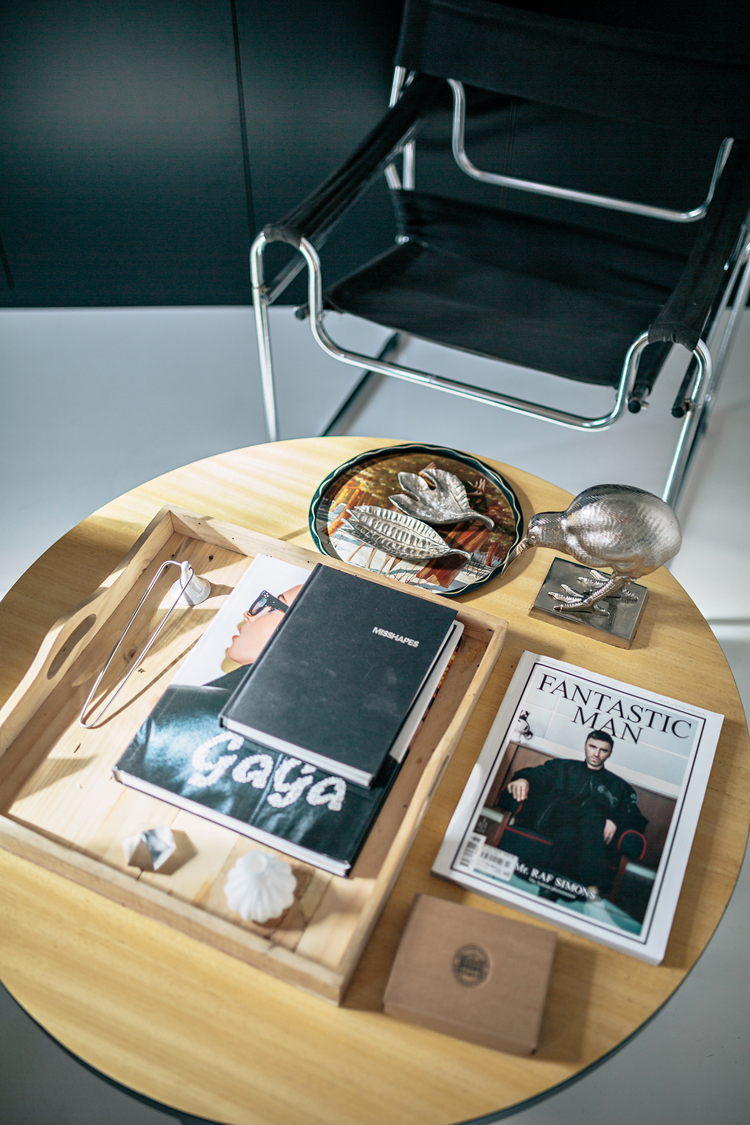 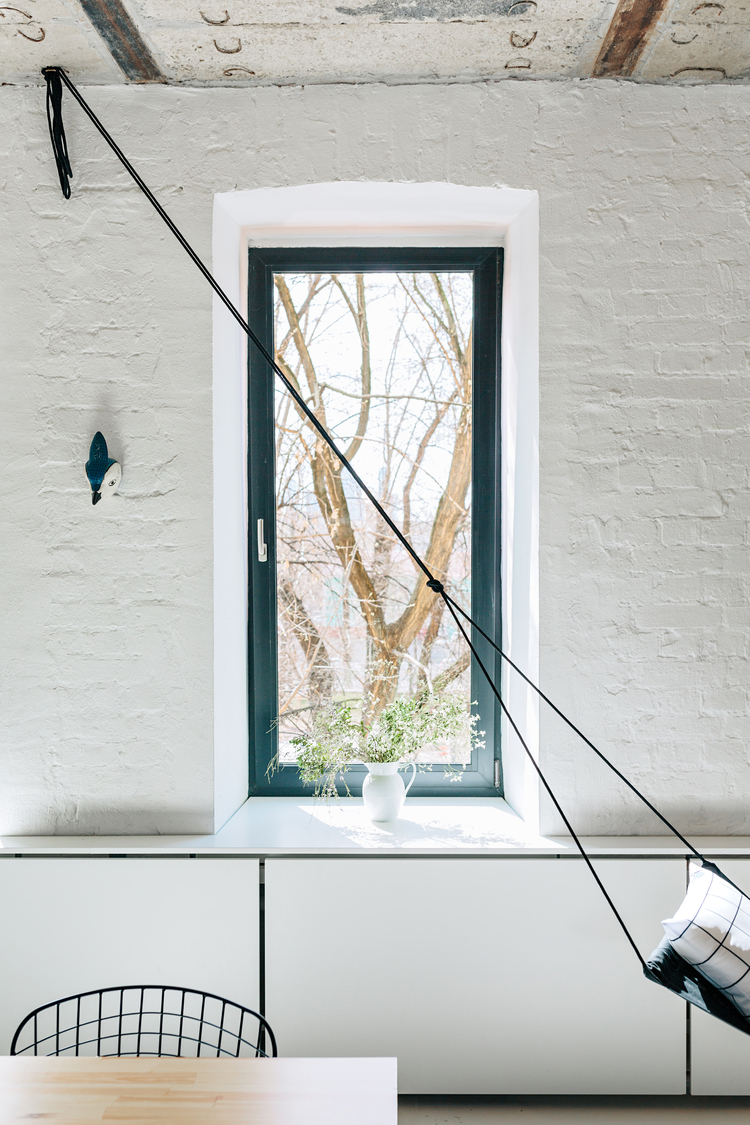 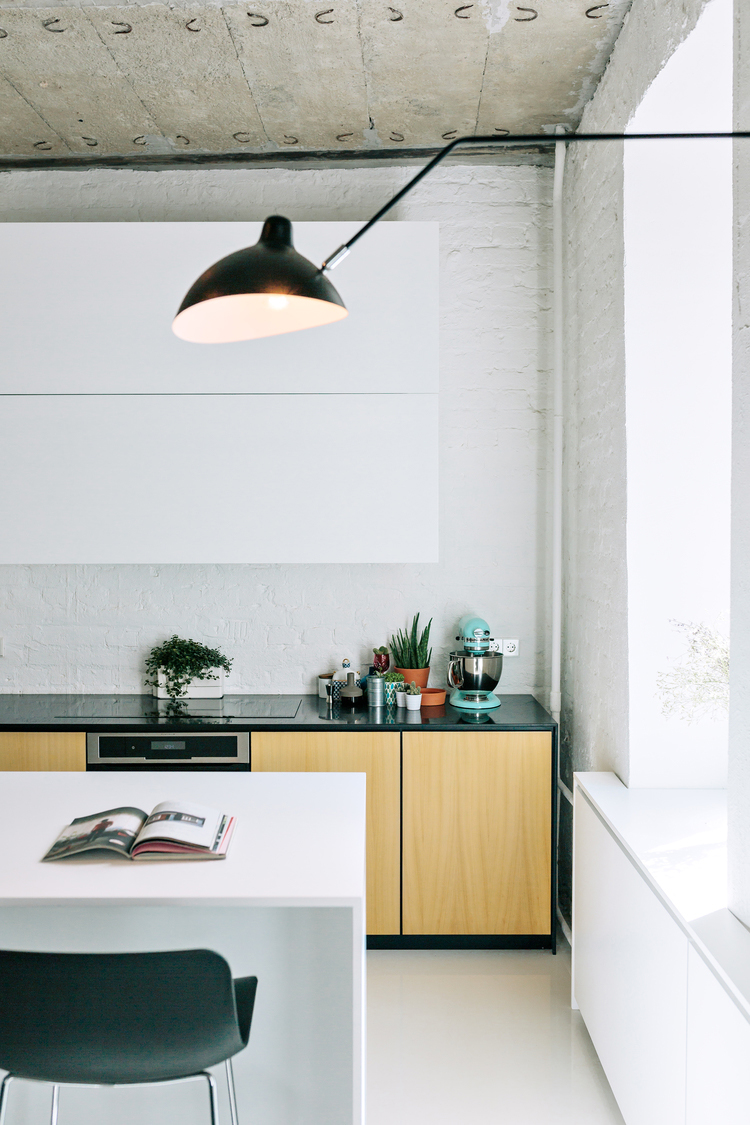 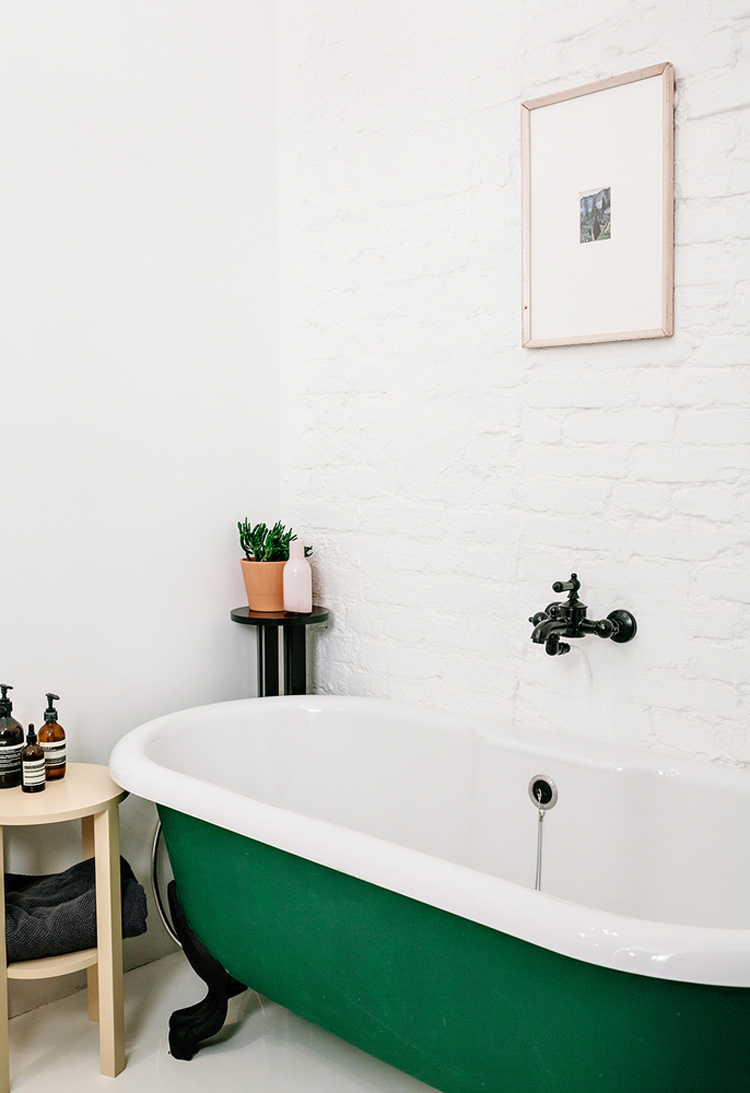 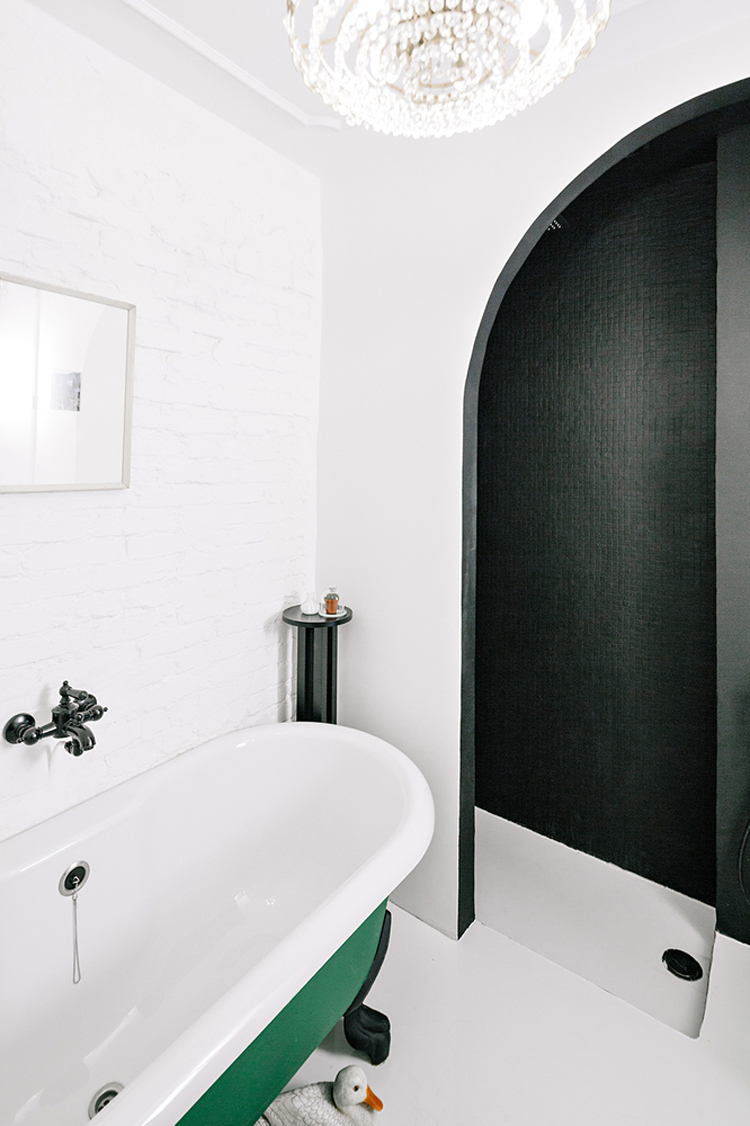 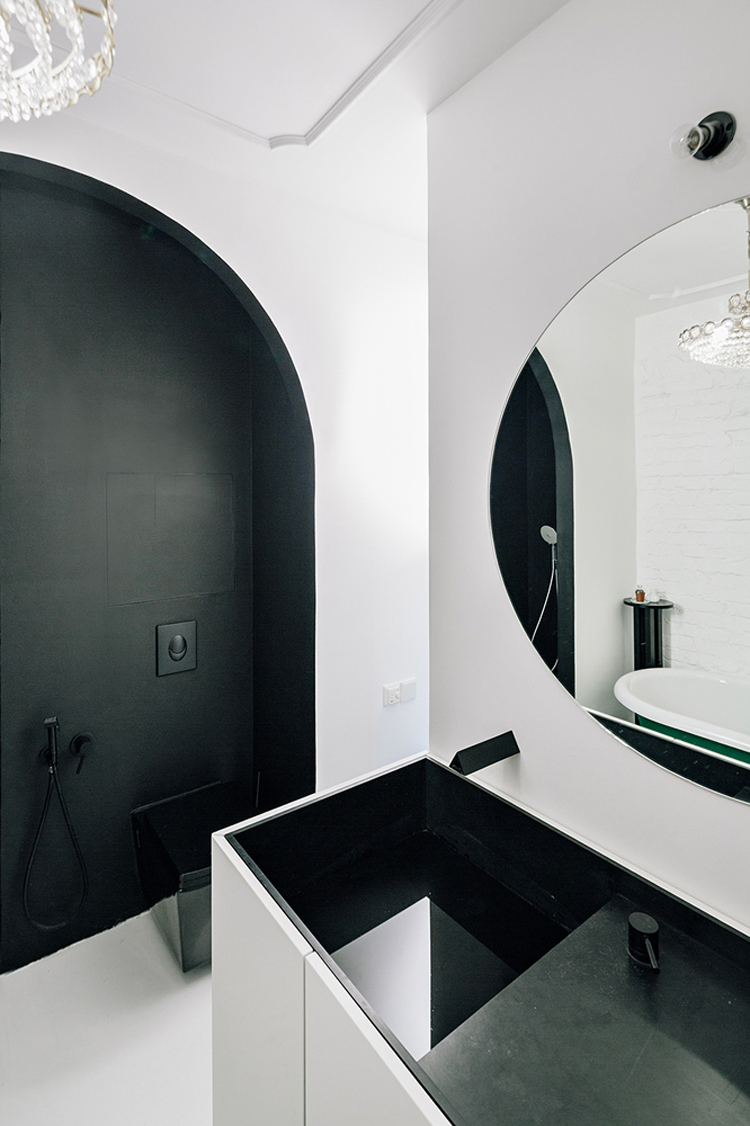 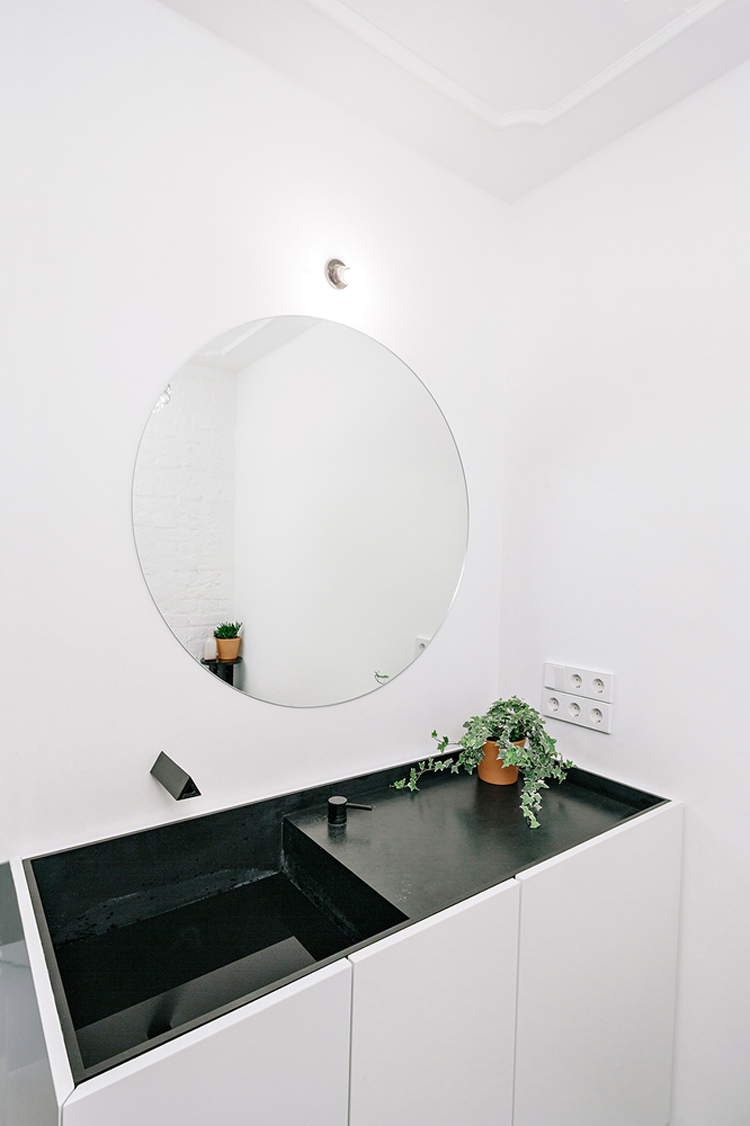 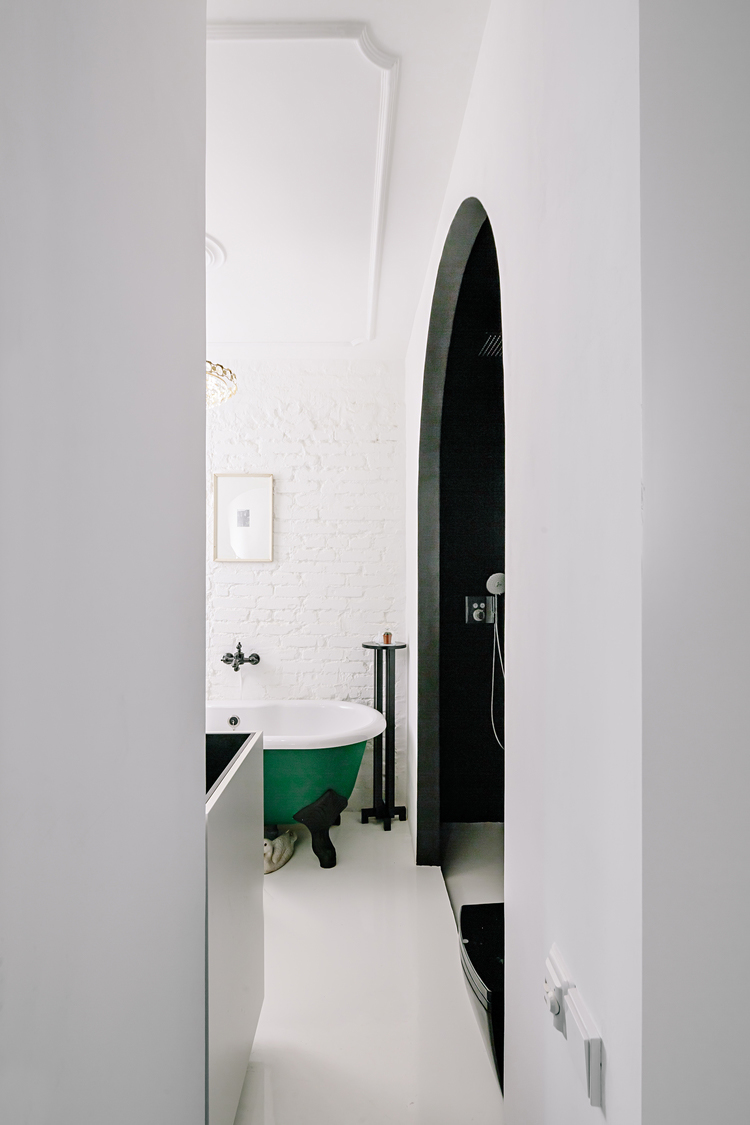 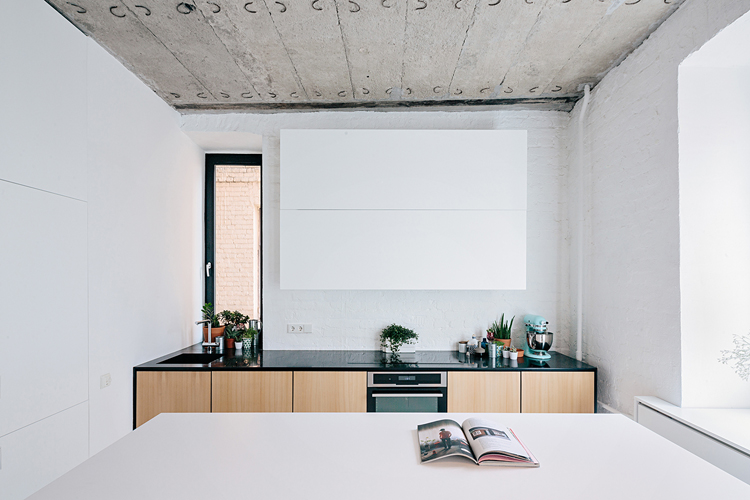 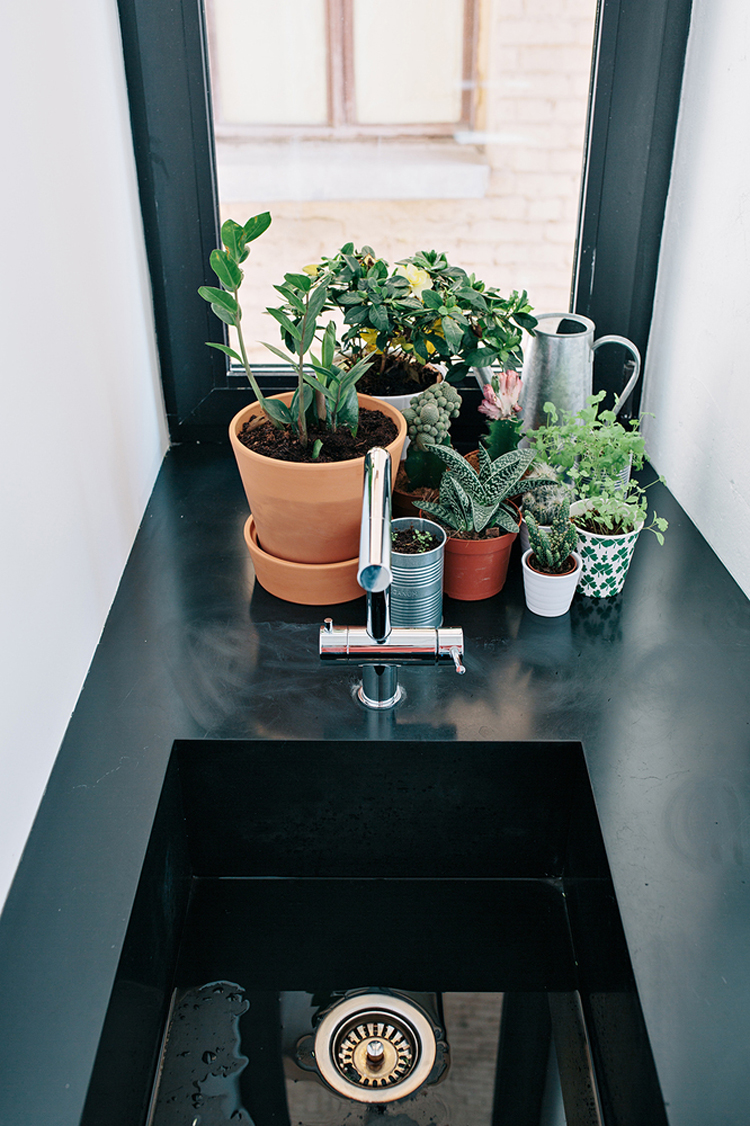 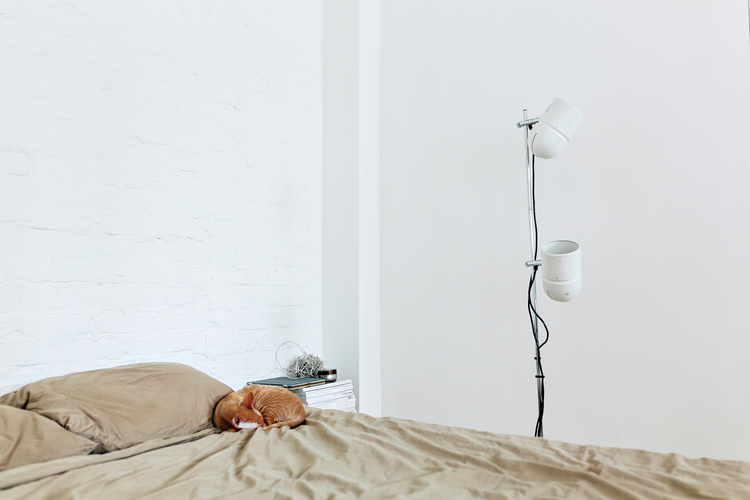 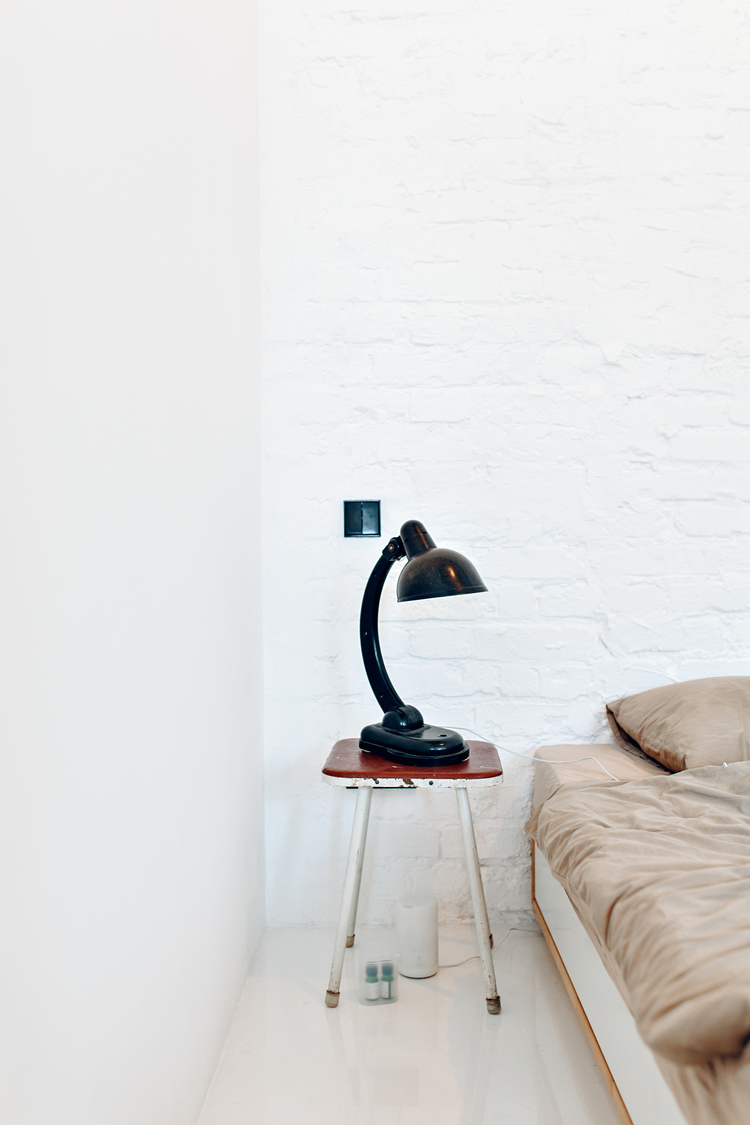