Japanese designer Shinichiro Ogata, founder of SIMPLICITY, has designed the new Australian skincare brand Aesop’s store in Tokyo, Japan. Discipline and disorder, effusion and reticence, heritage and futurity, light and shadow ─ focusing on Cosmopolitan Tokyo’s interplay of opposites and the boundaries between them, the design is constructed with the concept of “cosmos within chaos.” 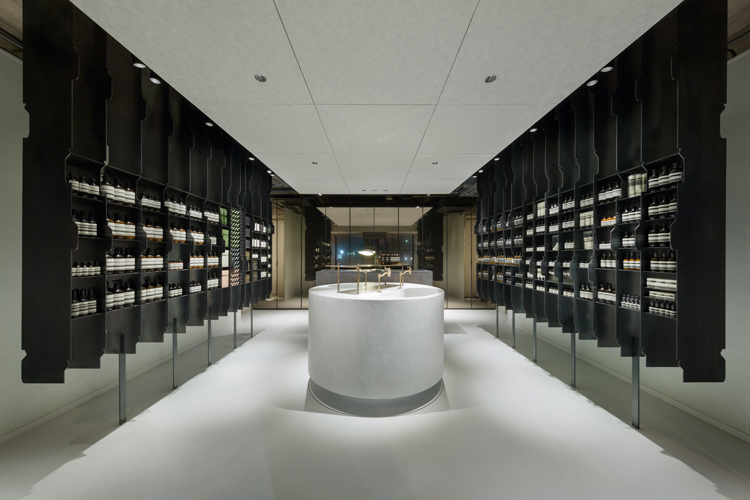 The store’s configuration captures the essence of Tokyo itself as well as the nature of the relationship between Tokyo and Aesop – the outside of the store representing chaos while the inside of the store representing cosmos. The outer chaos refers to the city of Tokyo, particularly the hustle and bustle of Aoyama Street, while the inner cosmos refers to the values of order and discipline that are so ingrained in the people who live in Tokyo. 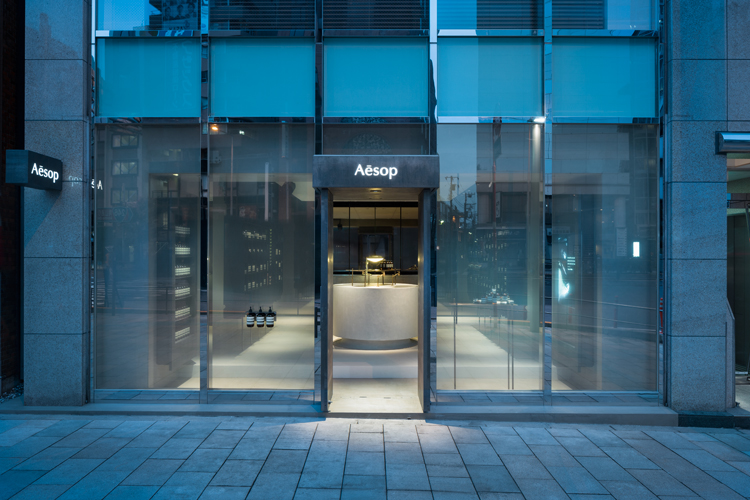 As for the interior design, chaos has been expressed through the idea of coexisting opposites manifested in the form of intermingled layers of soft and hard materials, such as zinc and washi traditional Japanese paper as well as the storefront’s mirrored glass that amplifies the intensity of the outer chaos. Cosmos, on the other hand, has been enshrined in the form of the large white sink that sits in the very center of the store. This configuration in its entirety expresses Tokyo’s cosmos that blooms among chaos. 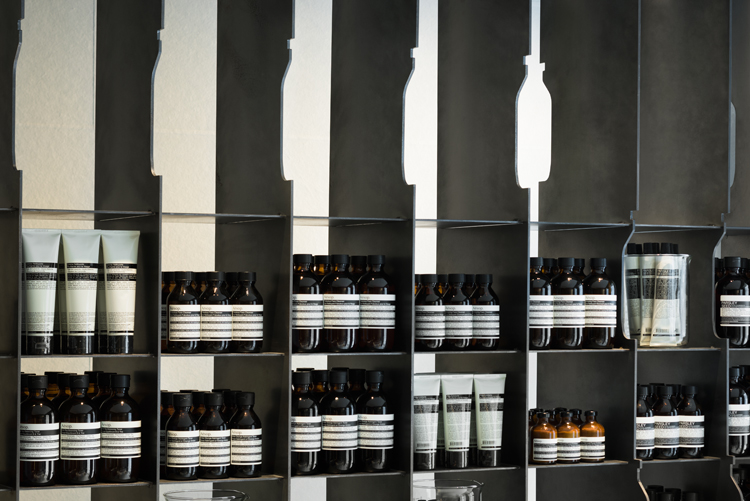 A stilling design language – also integral to Aesop spaces in Osaka and Kyoto on which SIMPLICITY collaborated – is epitomised here in the sculptural circular sink at the store’s centre, which acts as a focal point and grounds the layout of the space. Subtle variations of texture and palette emerge in the mortar flooring, zinc-plated shelving and adjacent paper screens. 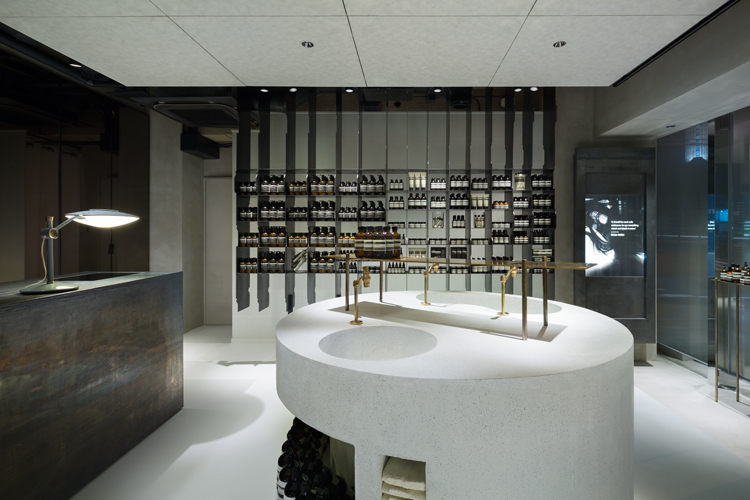