Vertical garden climbs over 7 meters in this astonishing townhouse designed in Bagkok by local design firm Apostrophy’s. Welcoming with a triple space is open void at the center while a convertible car like moon roof has been installed at the top allow natural light through the interior space. Furthermore, the light can be control the brightness and its direction by the automatic system.

Then focusing on the interior decoration, the designer used the terms chinoiseries to explain this style. It means the reinterpretation of oriental ornament into western tradition. Thus, the overall space would be elegance as the Western style but still keep the soul of the East. Meanwhile, the furniture has been selected from Thai designer whose the owner aim to support and promote local creativity. It is including Tibetan sofa, Exotic chair and astonishing mega size table. Normally, its size might not suited to the space but it can be accomplished by designer’s experience that made the space more elegance and adaptable. 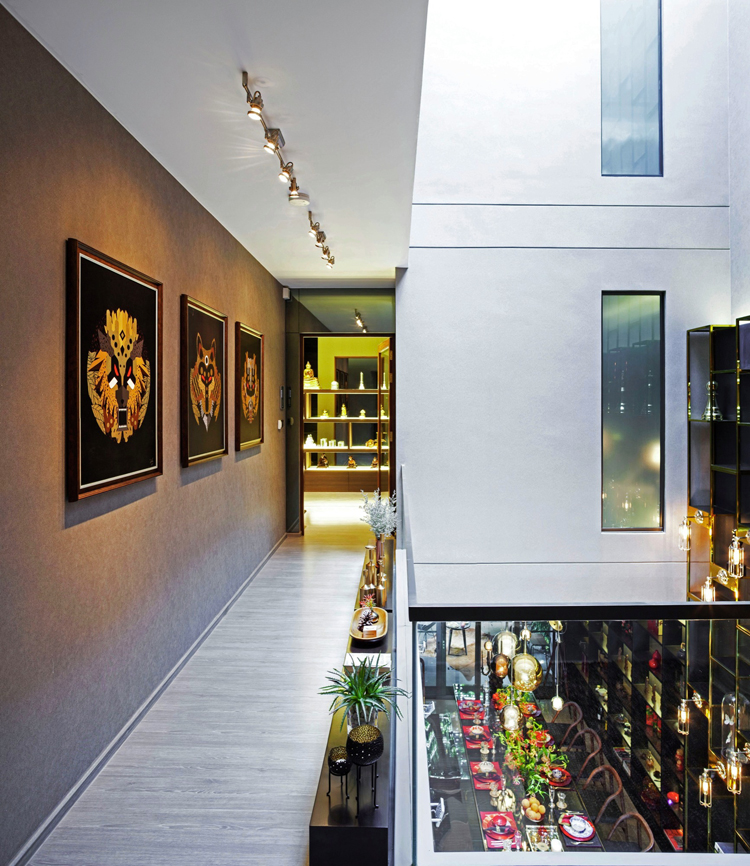 In addition, there are personal eclectic collection which has been collect from a various part of the world which have some story behind them. And especially, a series of painting in collaborated design with Apostrophy’s and Mr.Jackkrit Anantakul, Thai Graphic Designer with the same mention to sarcastic the decorative style of half Thai-Chinese who favor in a figure of cruel and powerful animal such as Lion, Tiger and dragon wishing them bring a power and good luck to house. That inspired him to design this painting by minimizing the detail, recomposing, and adding with typologyas Mr.Jackkrit’s signature style. His work is full of the sense of humor but also hide some the oriental philosophy deeply. There are 18 pieces in this series which have been display in different floor level by concept as following: first floor has the concept of the earth and the origin of things, while the second floor is about habitat and terrestrial animal, and the third is for air, wind and insect. Not only the specific design, this collection has been add more value and the spirit of the East by gold finishing with the local specialist artisan. 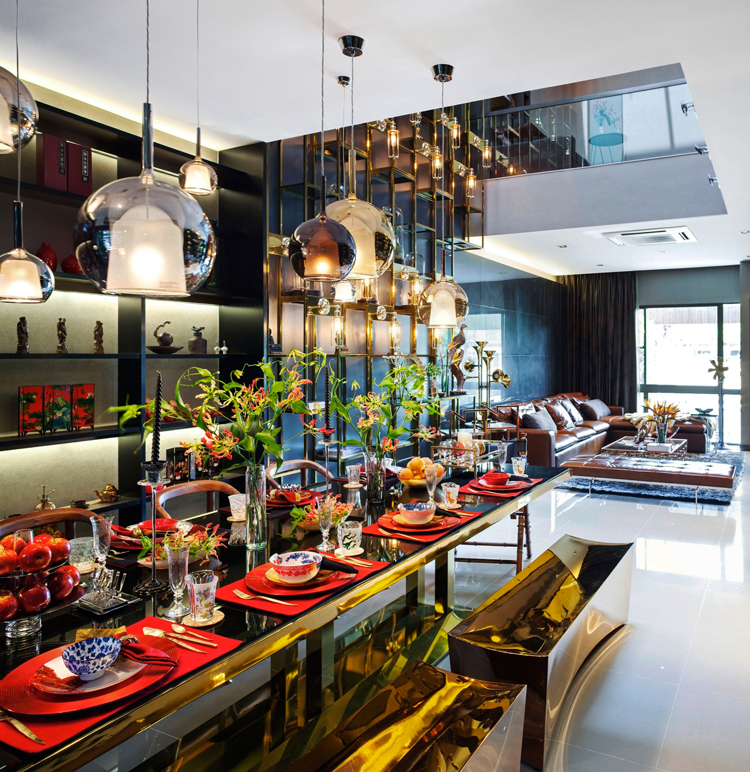 Then, at the backside of the house, there is backyard vertical garden which 7.5 meters height. According to the urban lifestyle which has busy life and isolate with nature, so this garden has been designed to fulfill the gap between life and nature. It is appropriate for a limited space, especially townhouse. Beginning with plant selection, the designer has been experimented on growing the various species of plant as well as watering and fertilizing system has been adapted for the best solution. And also, UV Lamp has been place on ground for every plant can growth equally. In conclusion, the uniqueness of this house is a combination of opposite things where the East meets West, where technology meets nature, and where the traditional craft meets radical design. 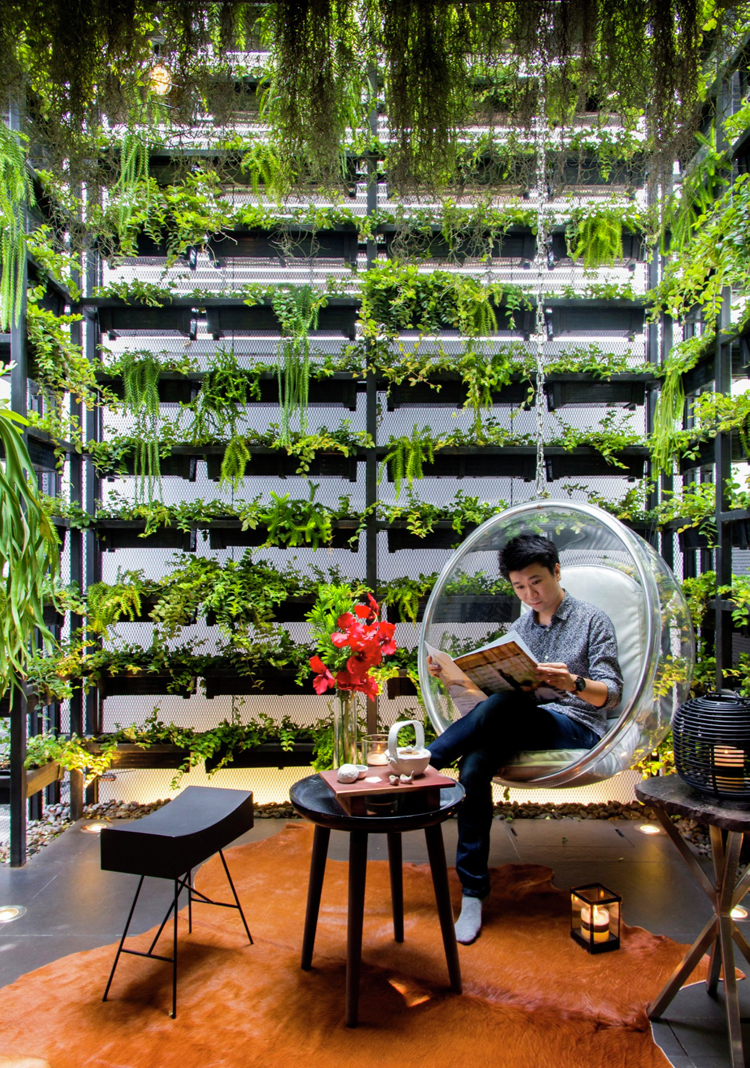 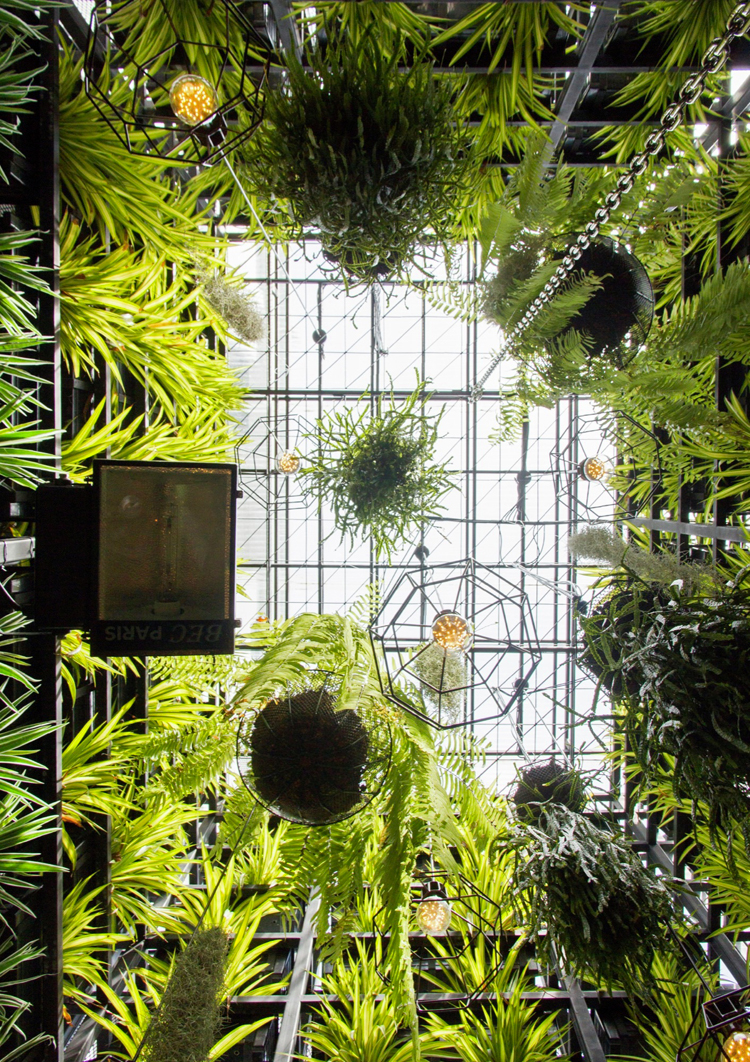 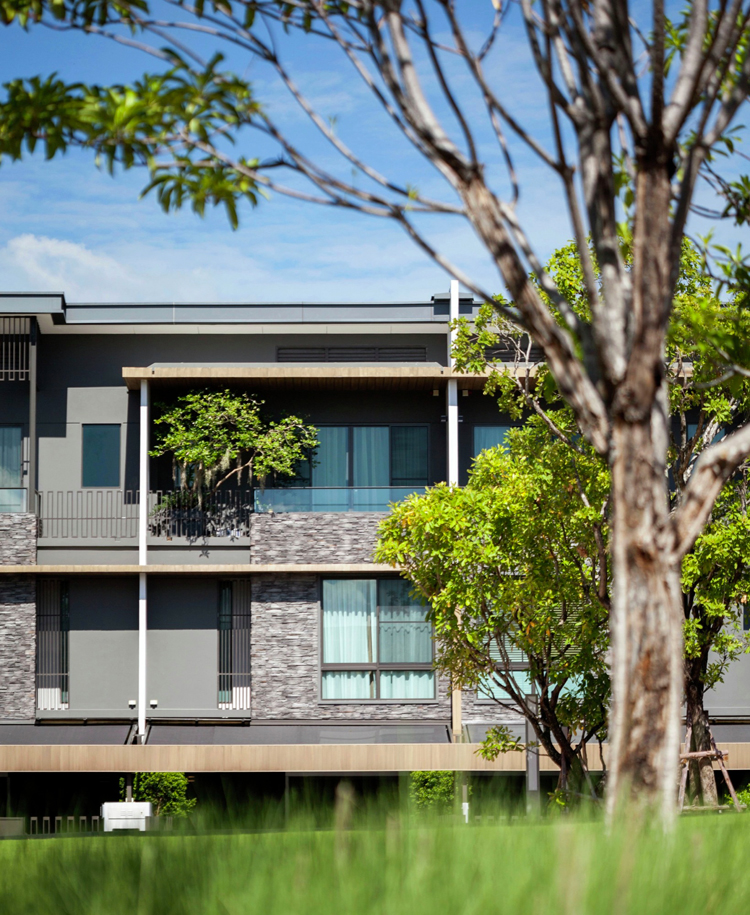 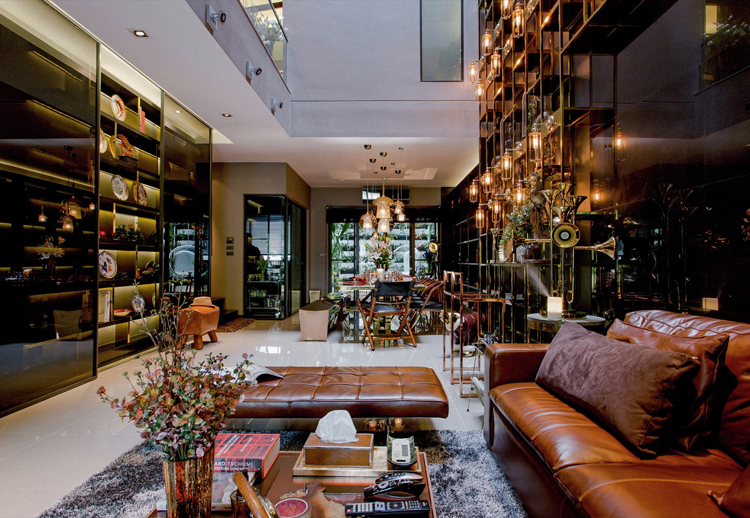 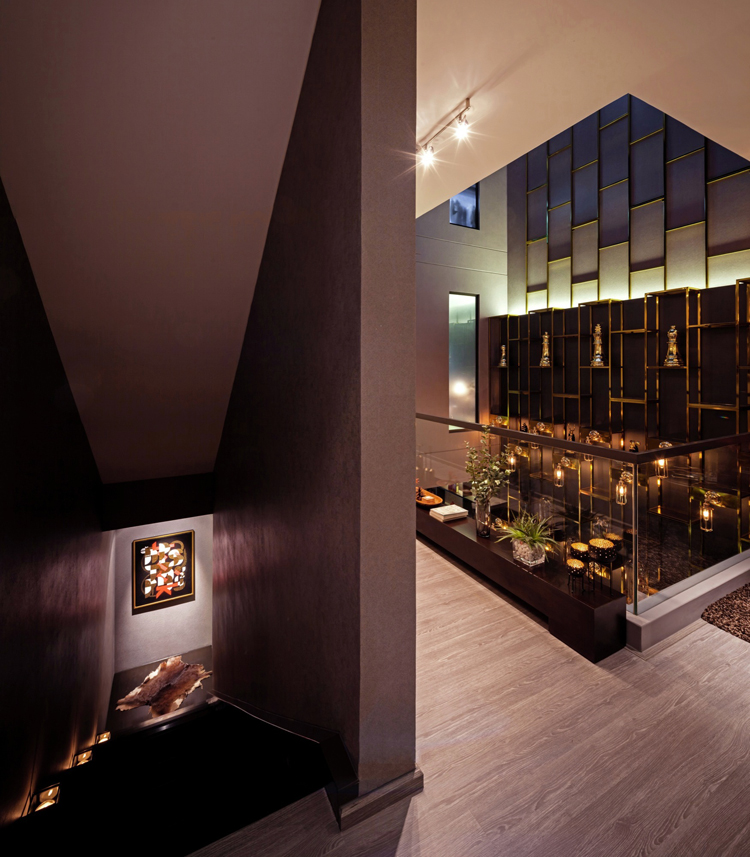 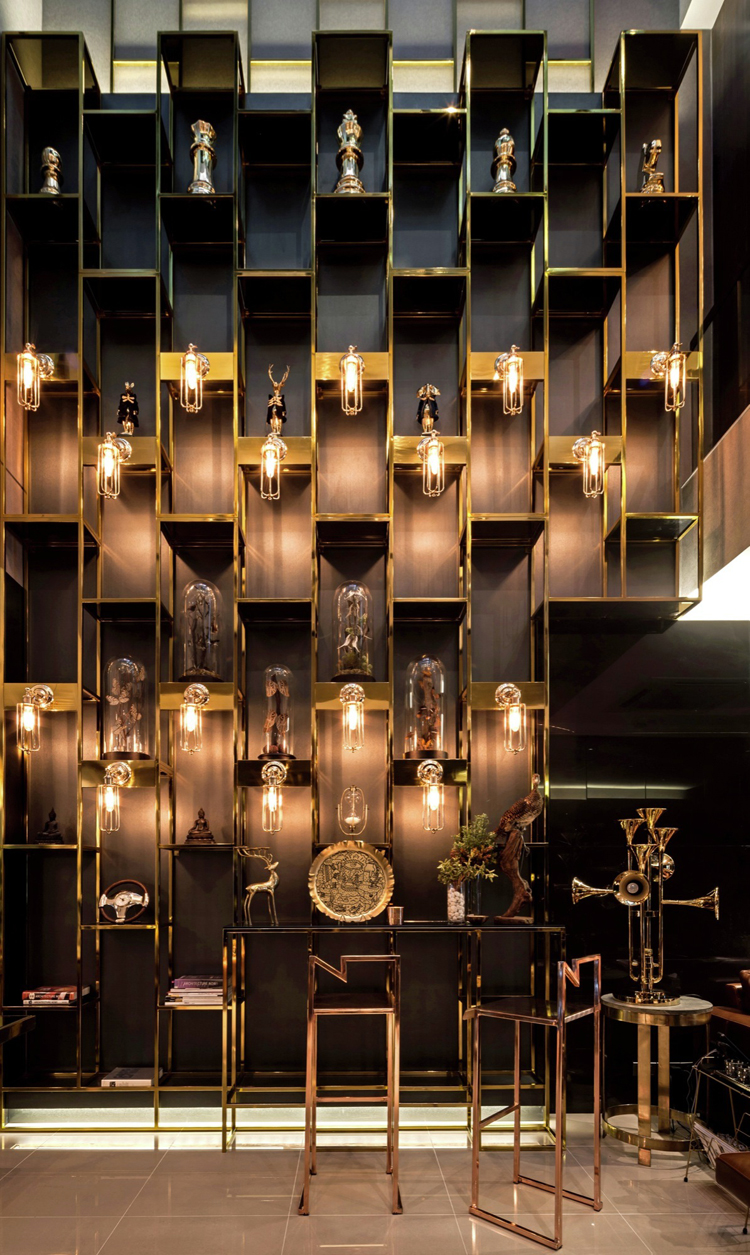 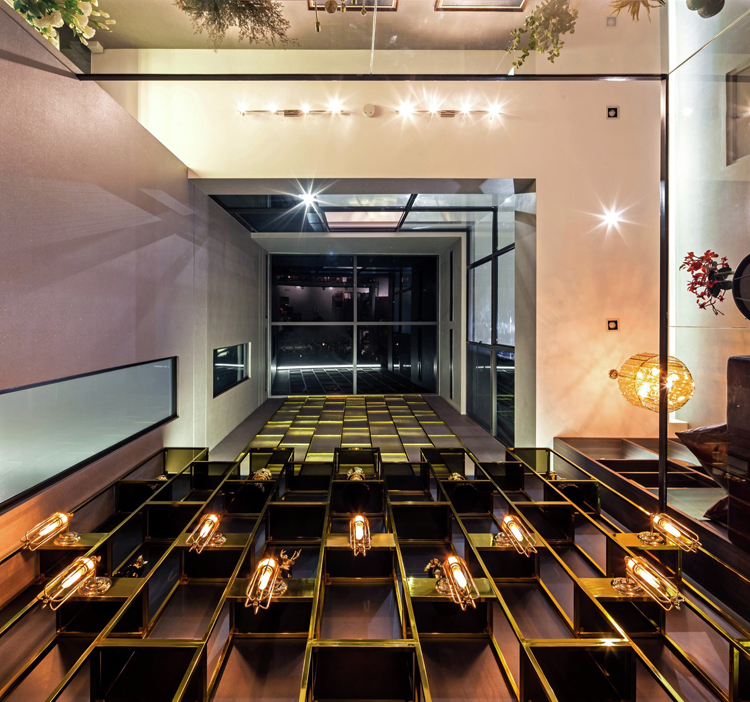 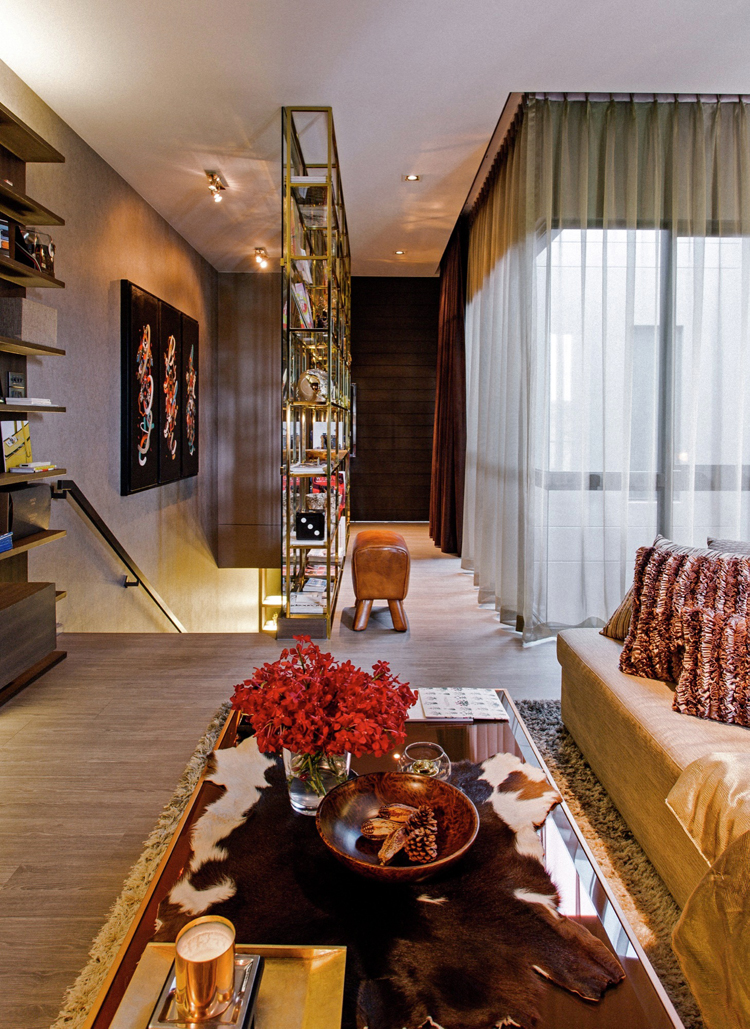 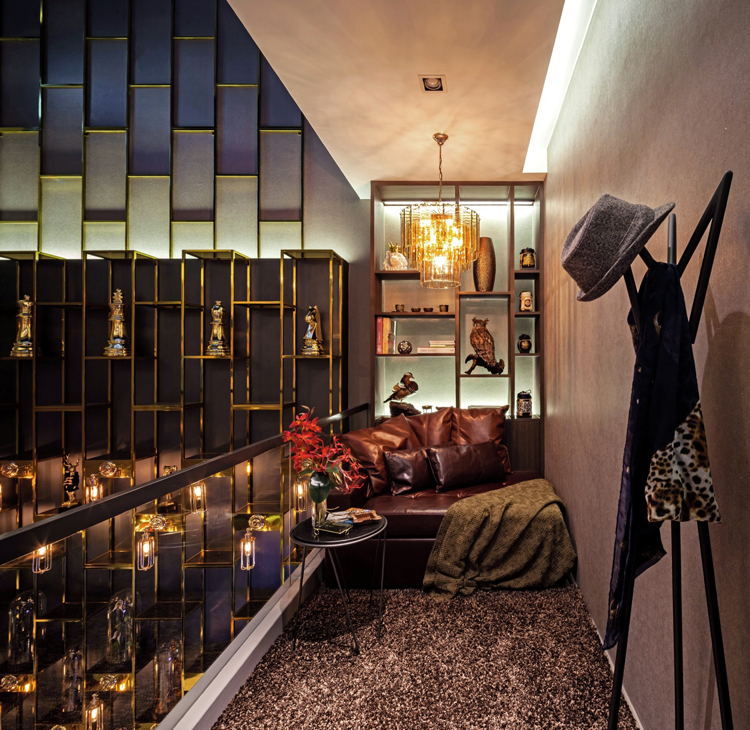 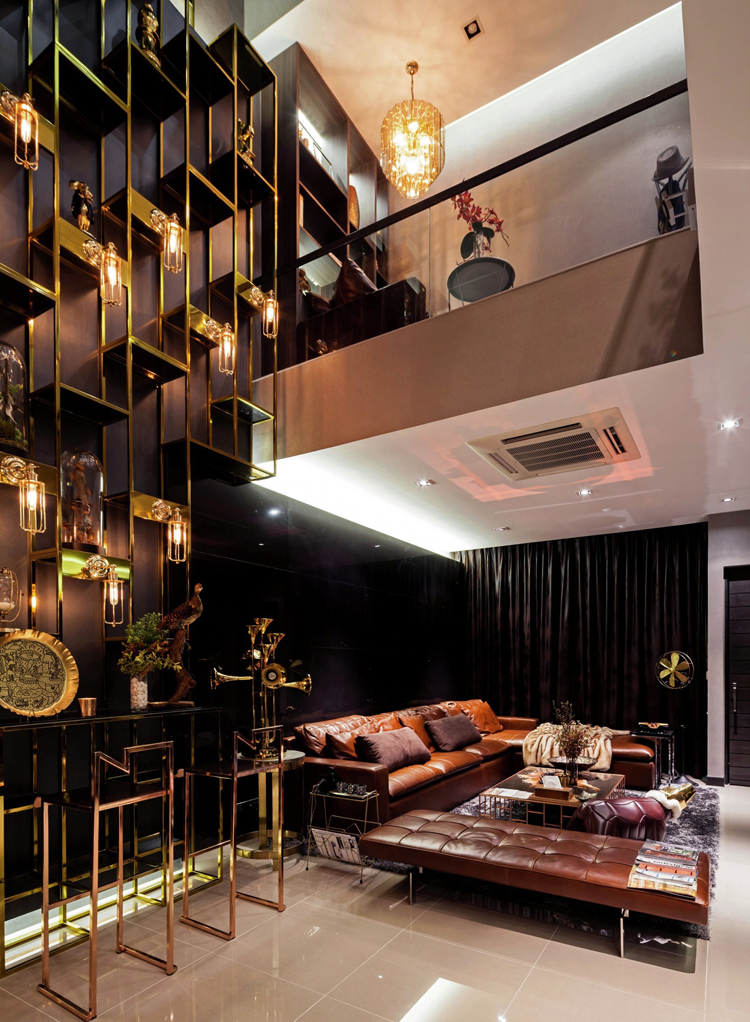 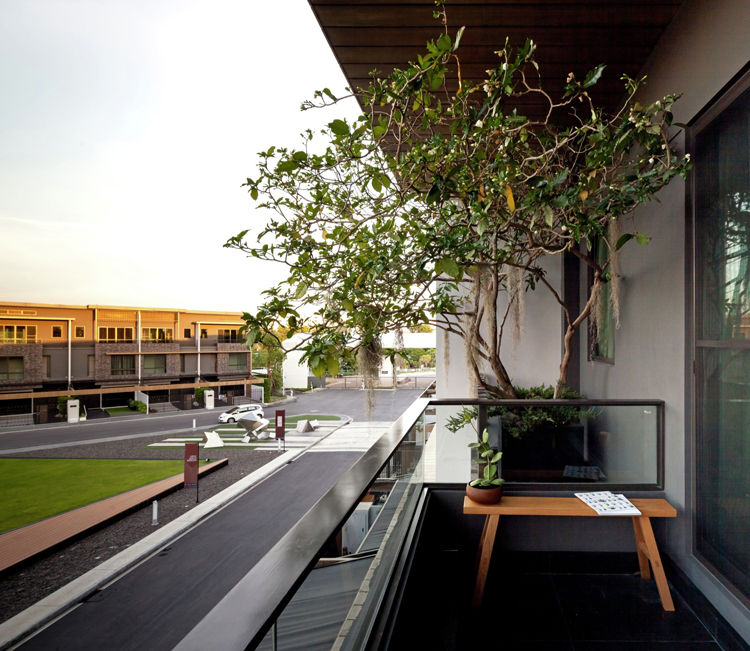 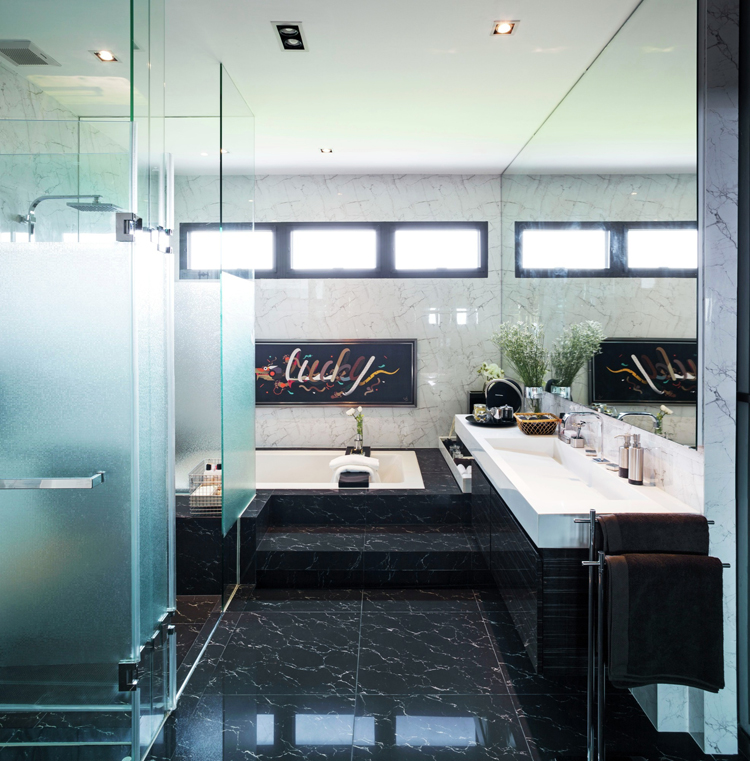 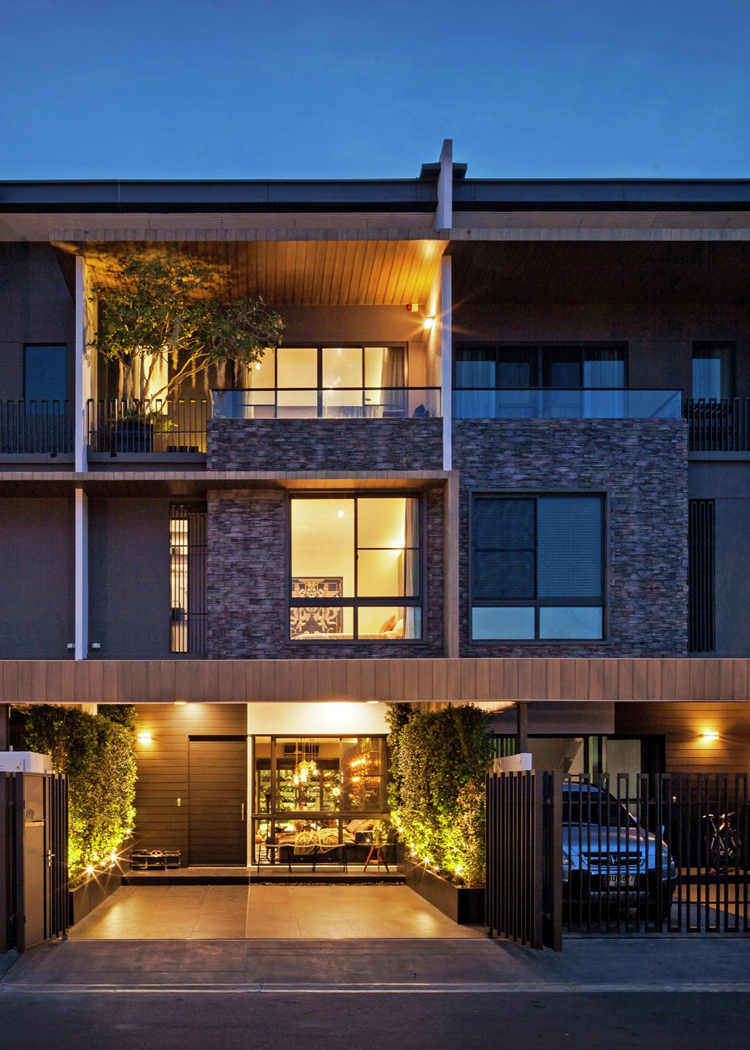 all images courtesy of Apostrophy’s