Canadian designer Anne Sophie Goneau has refurbished an early-20th-century apartment in Montréal by using material uncovered during the renovation. The challenge was to make the most of the 1,035-square-foot (approximately 96 square metres) space, which is located on the third floor of a 1910 triplex in the Canadian city.

“Each piece has its visual boundaries that overlap strategically in the adjacent rooms, optimizing the spatiality of the place,” said Goneau. This concept is enforced by physical encroachment by an extension of the furniture or the material in adjoining rooms. 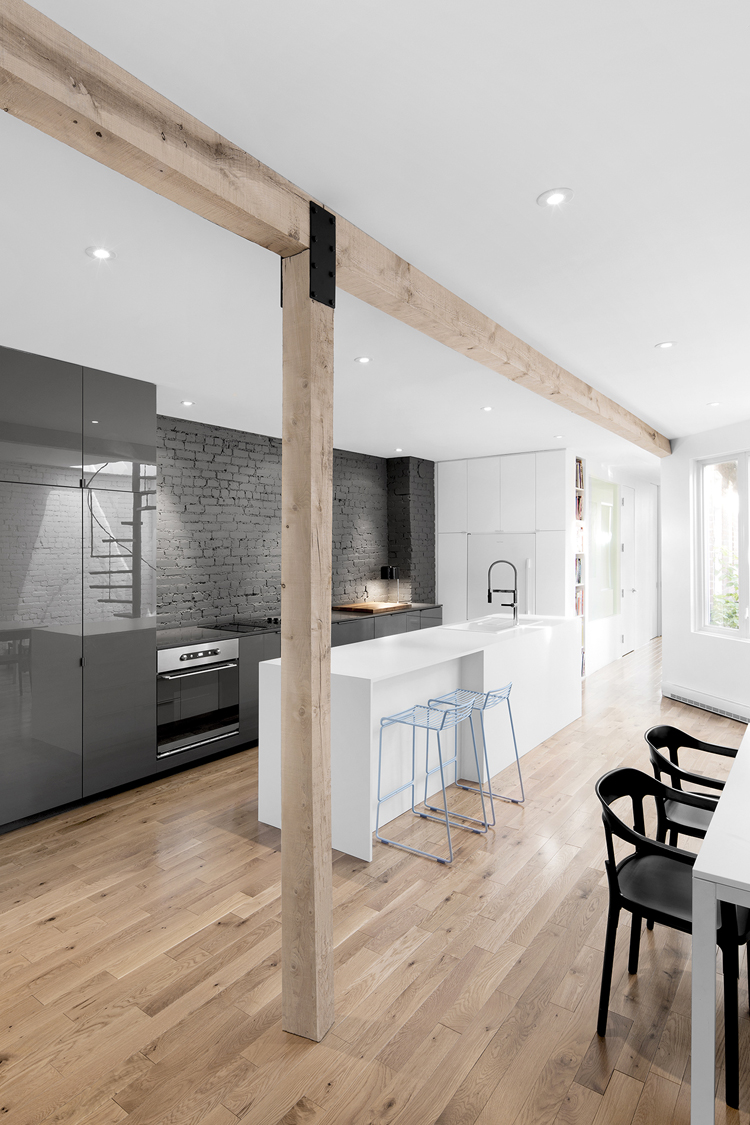 The kitchen area is defined by tonal shades of grey – with the cabinets and quartz countertops aligning against a painted brick wall. An office space to the left of the kitchen has also been sectioned off behind a glazed wall, used to “accentuate the ambiguity of spatial boundaries”.

A white uniform spreads out on all surfaces of the bathroom, letting express the varied texture of the materials. An omnipresent natural light from a large frosted glass wall, juxtaposed with the bathtub, reveals this subtle composition. Upon entering, four zones with separate functions are deployed. The three glass panels of the shower, along with the epoxy resin floor, multiply the reflected light. The addition of a full height window in the bedroom allows natural light to spread throughout all the condo. The steel staircase, custom-maid, gives access to the roof terrace. 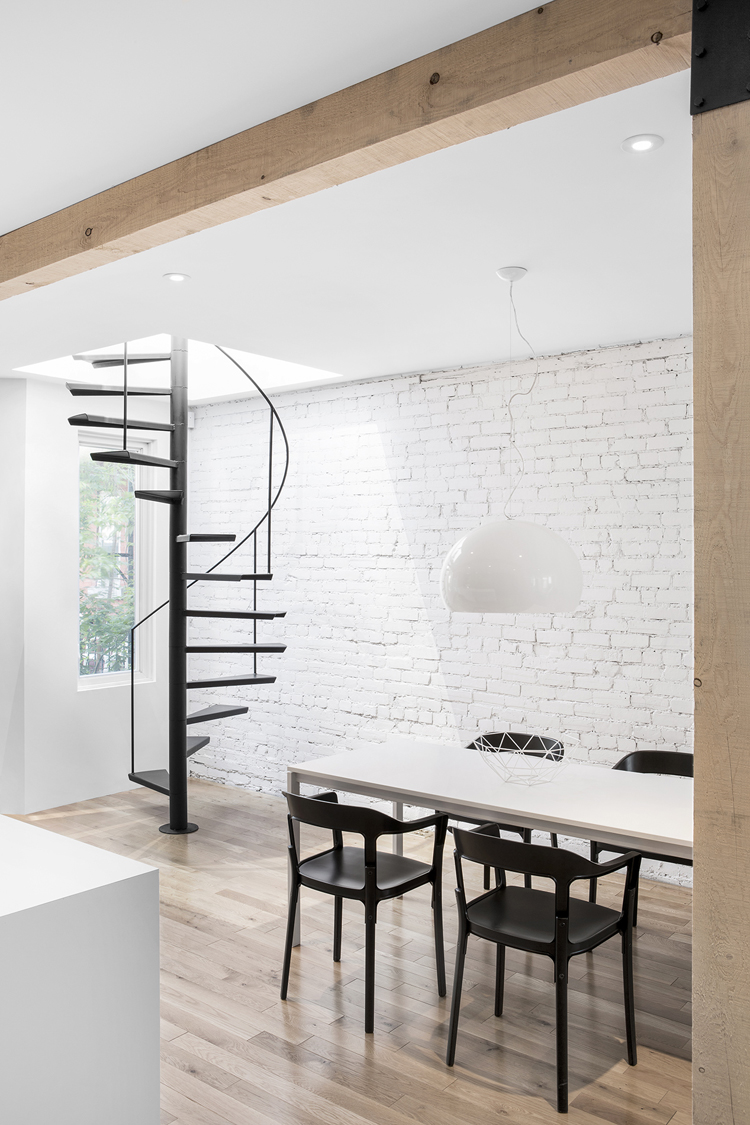 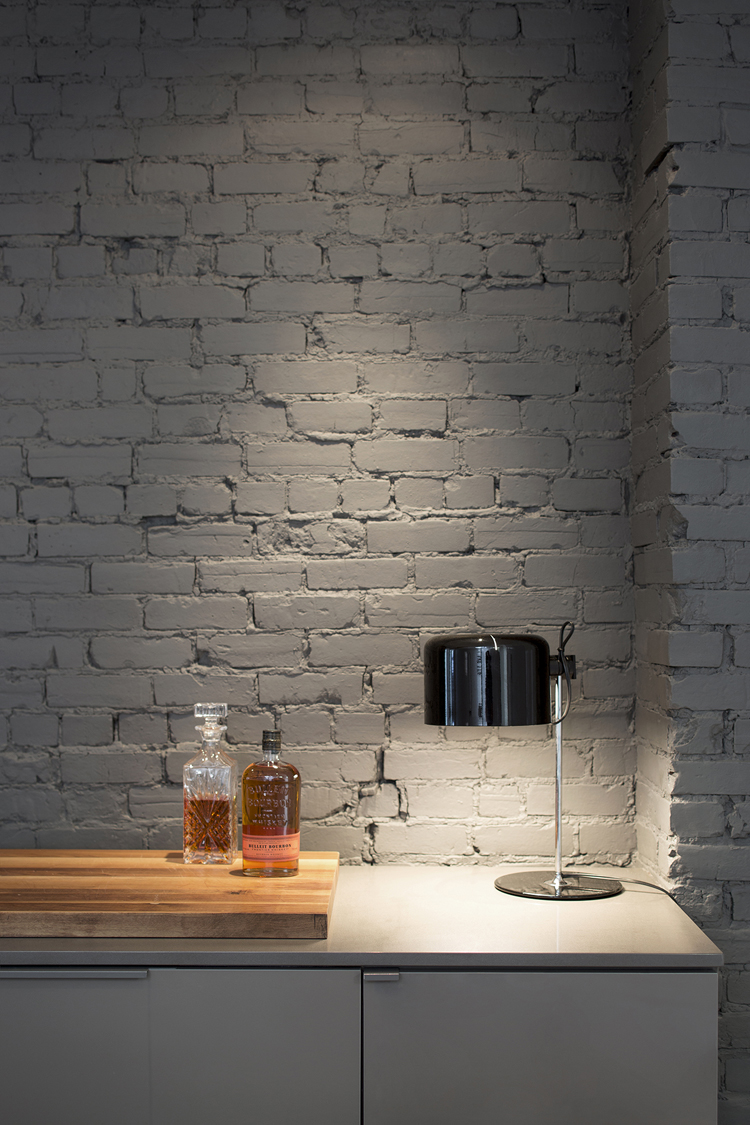 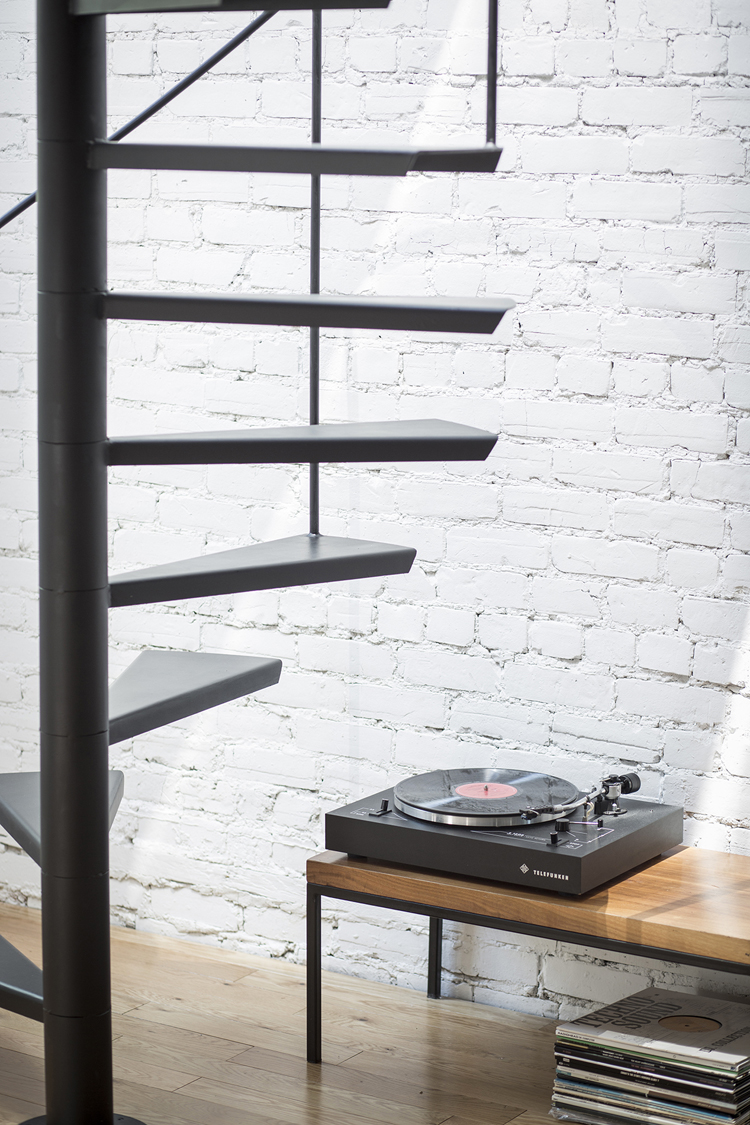 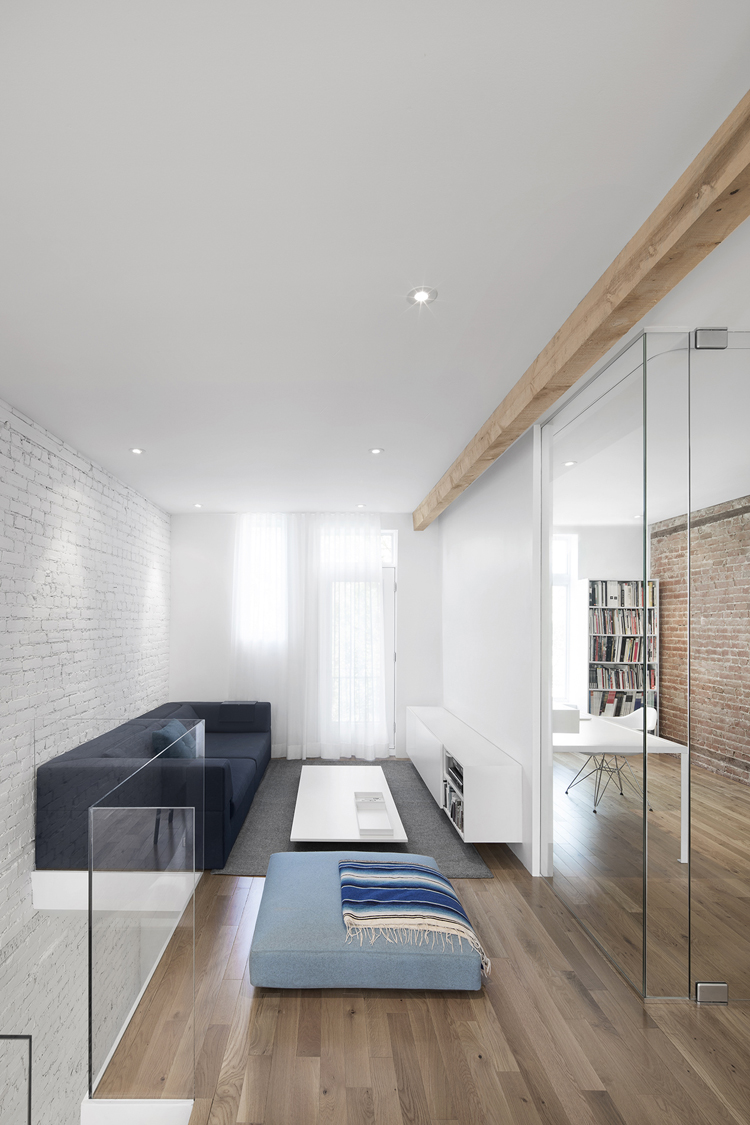 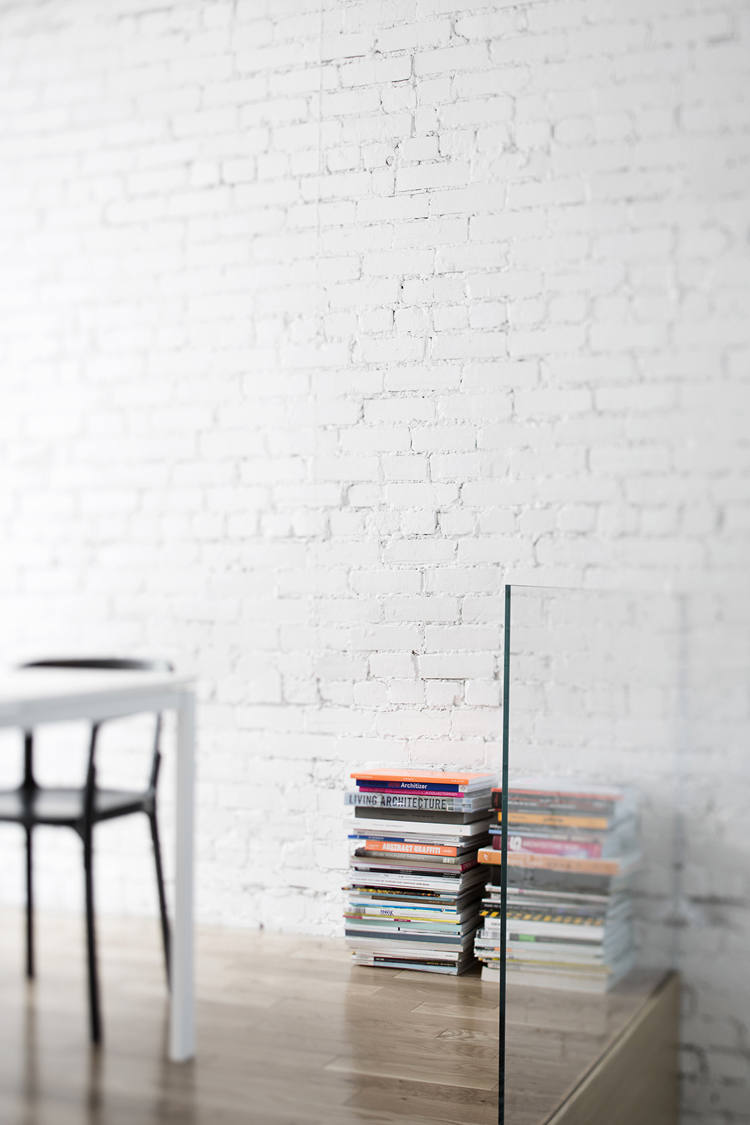 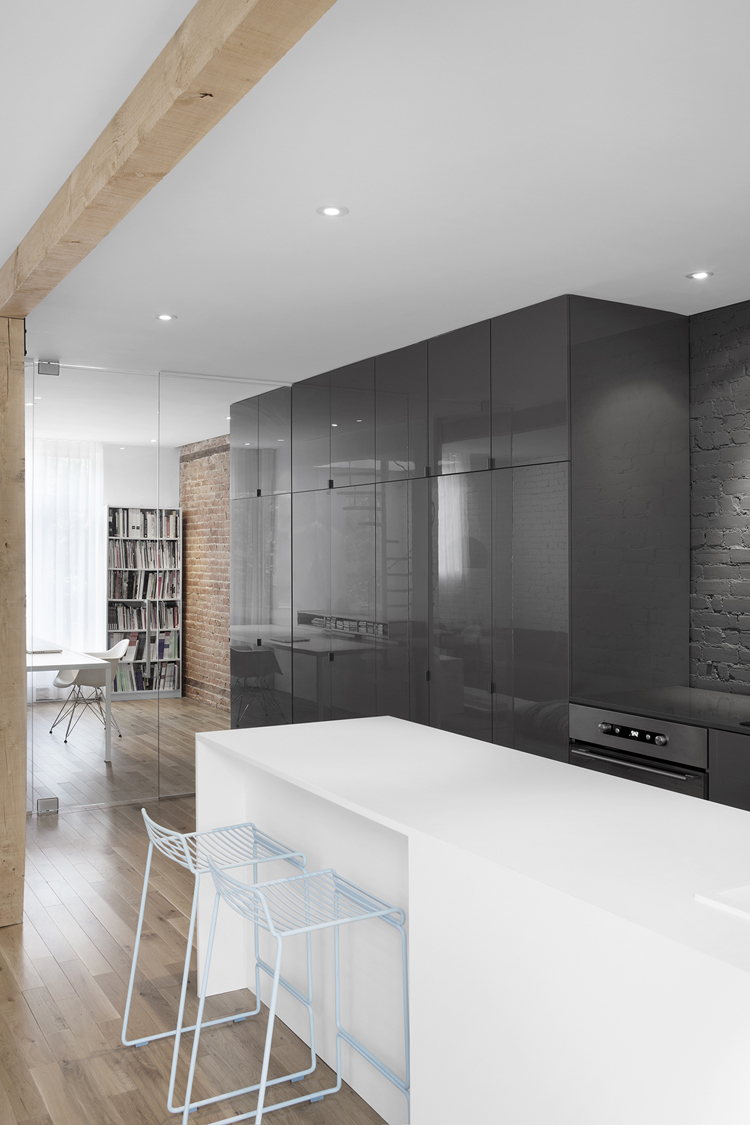 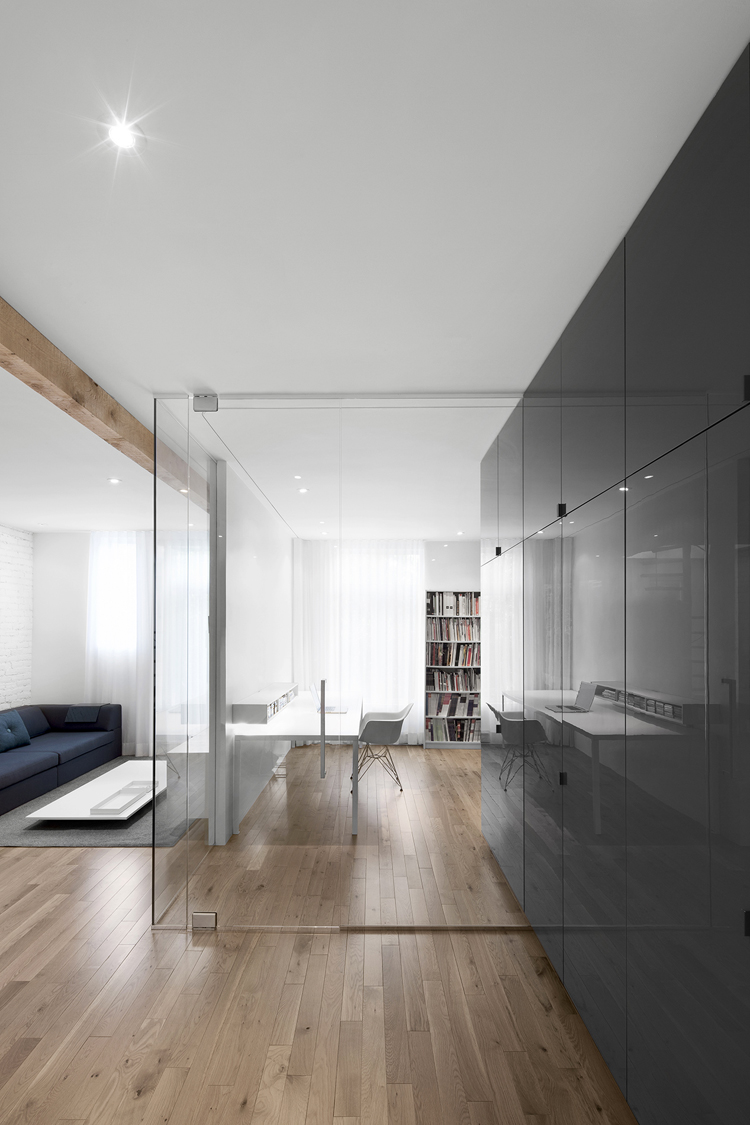 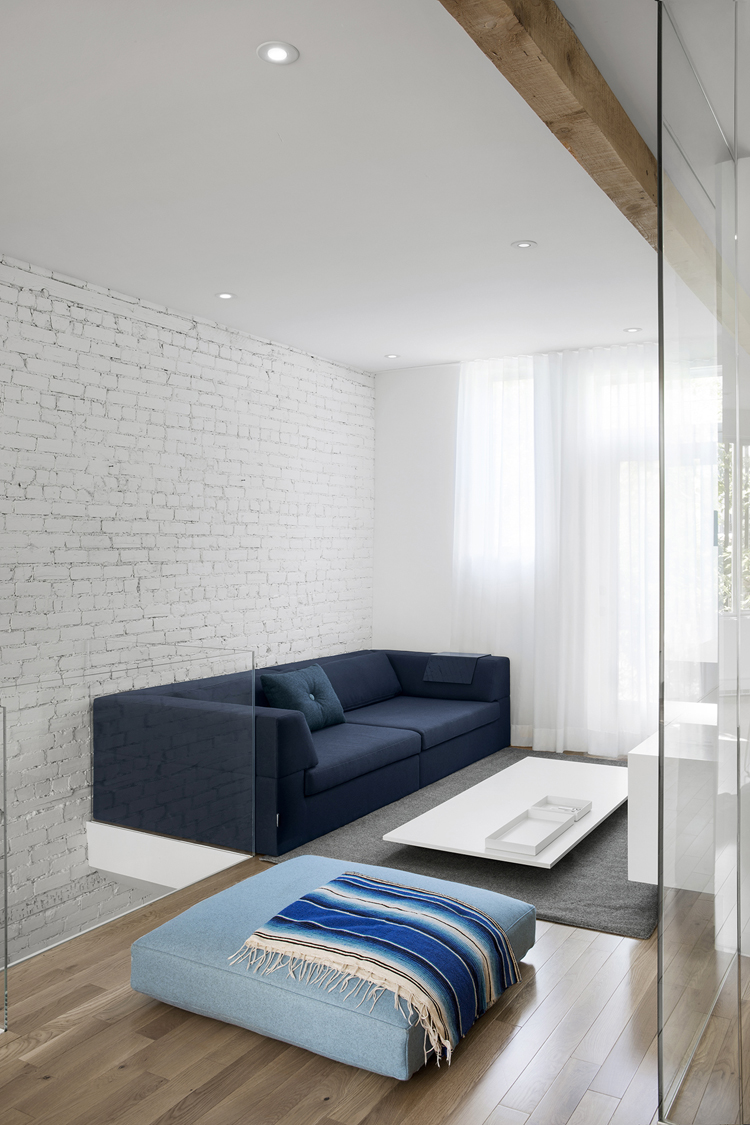 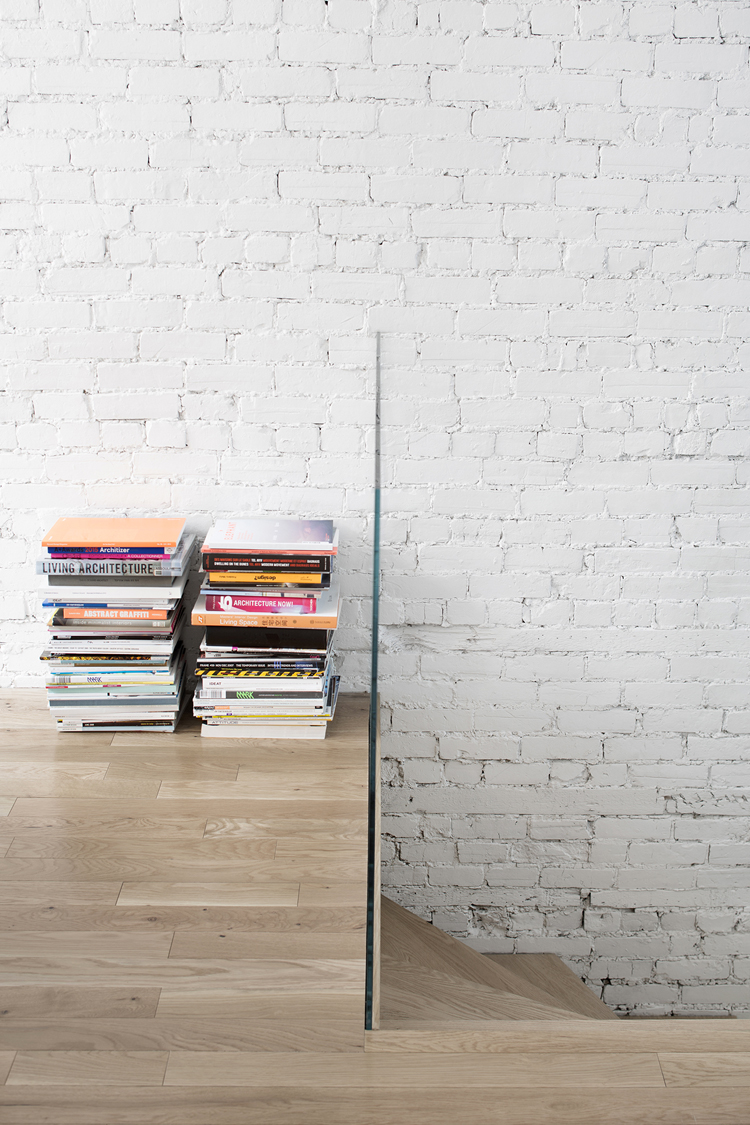 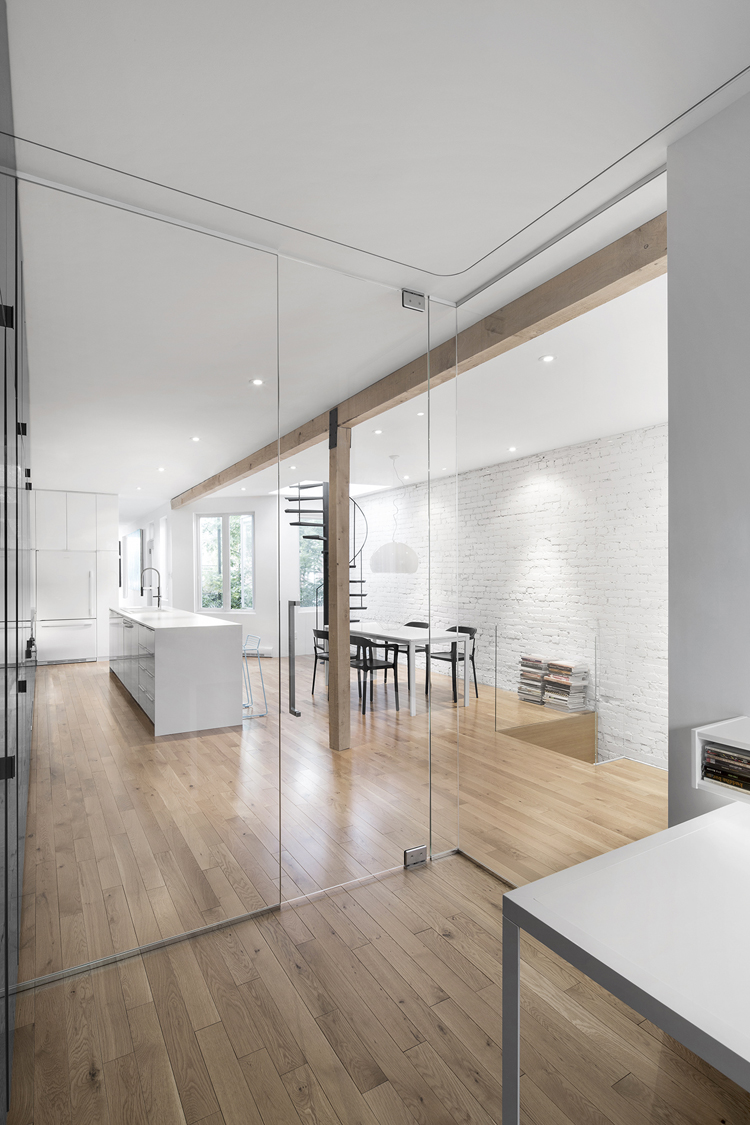 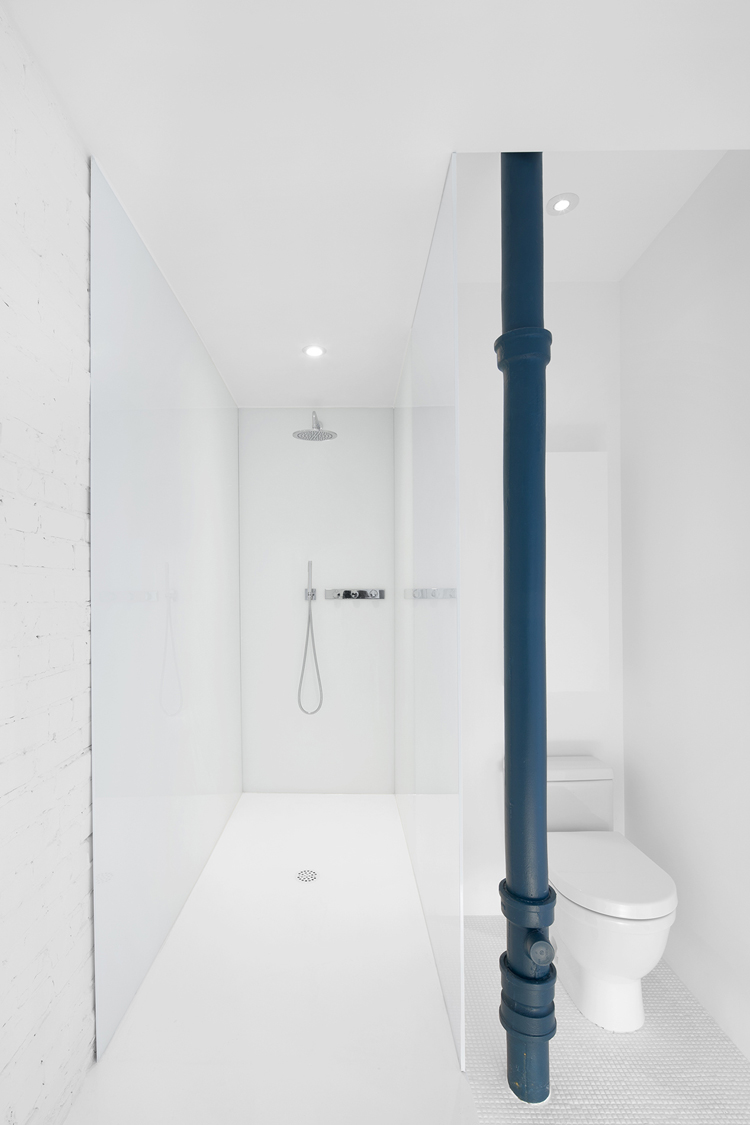 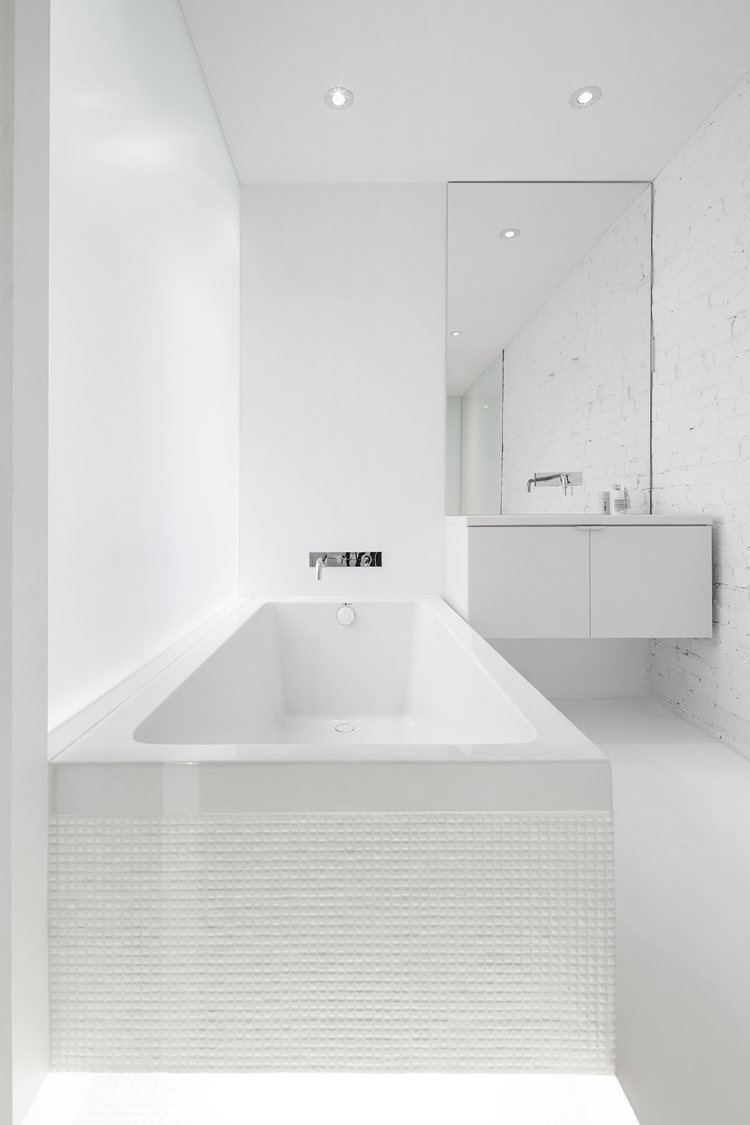 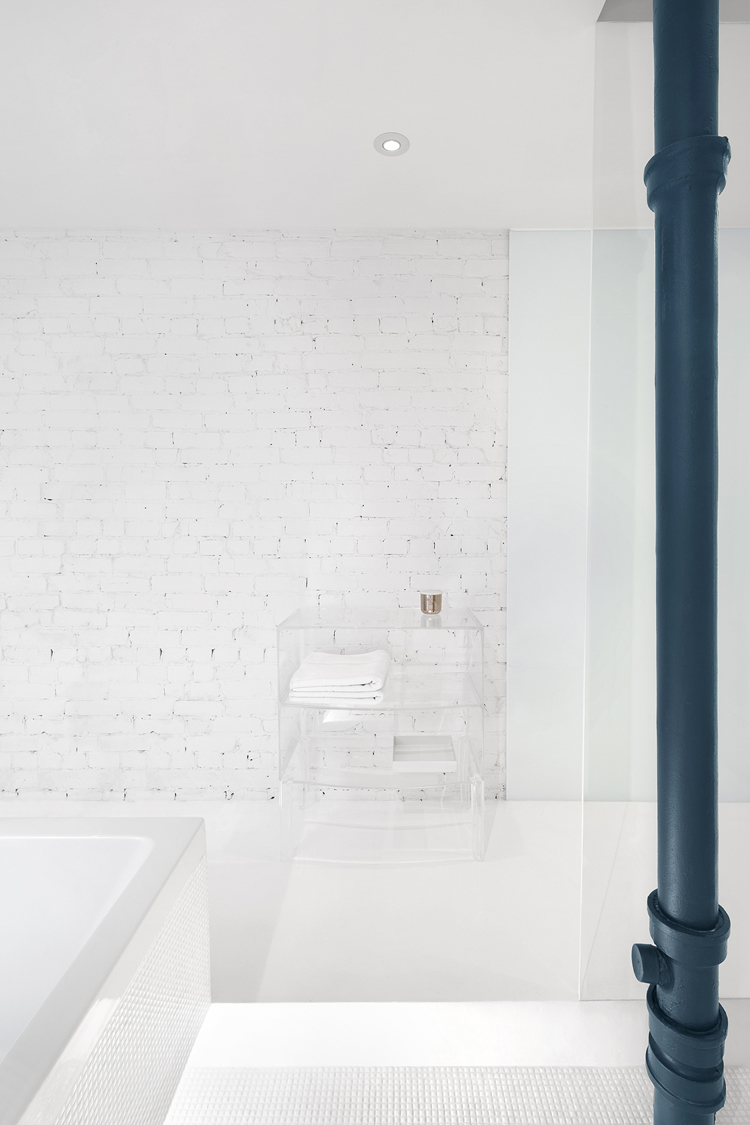 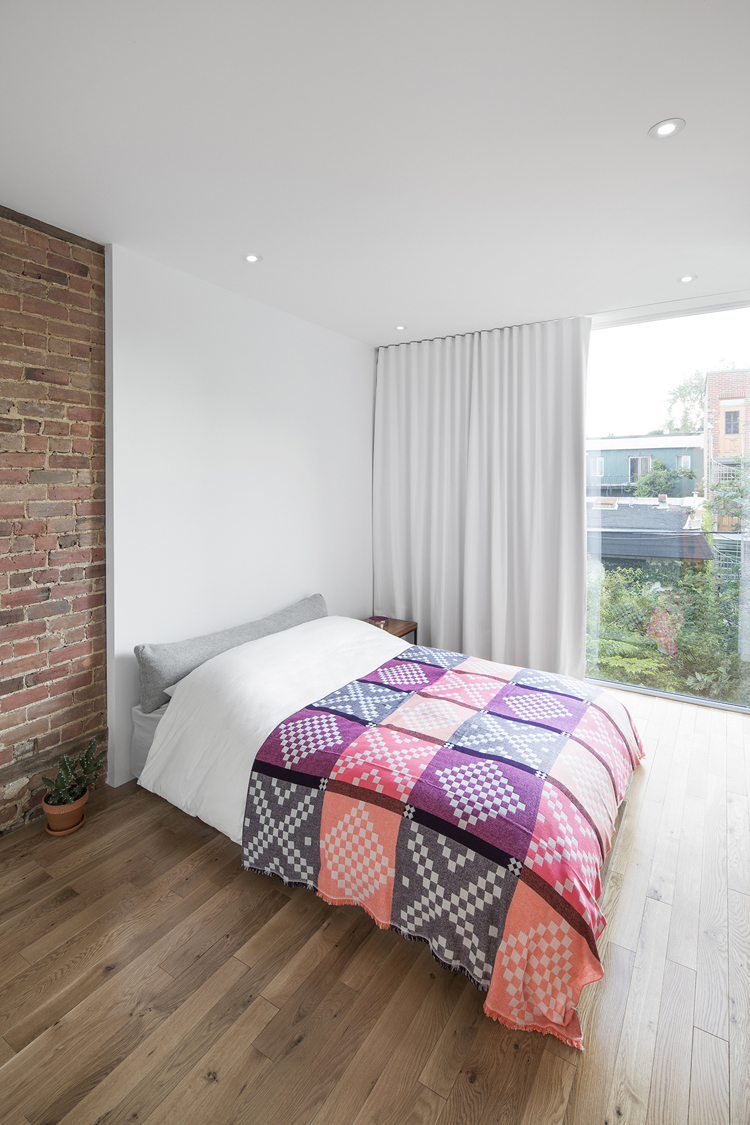 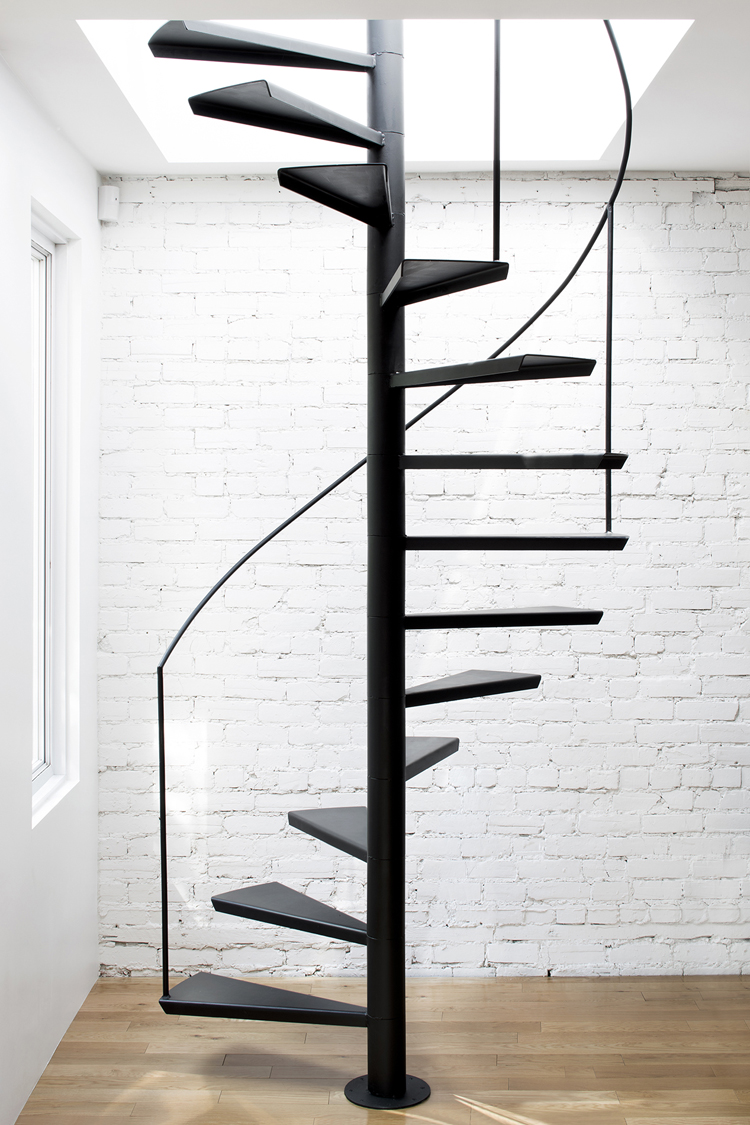 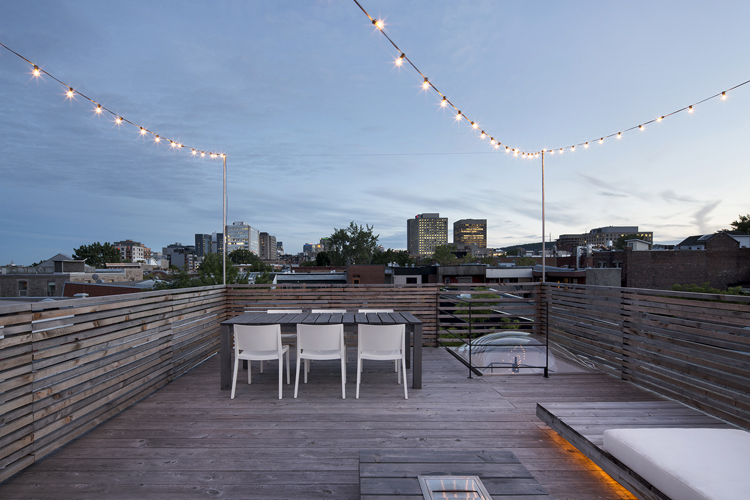 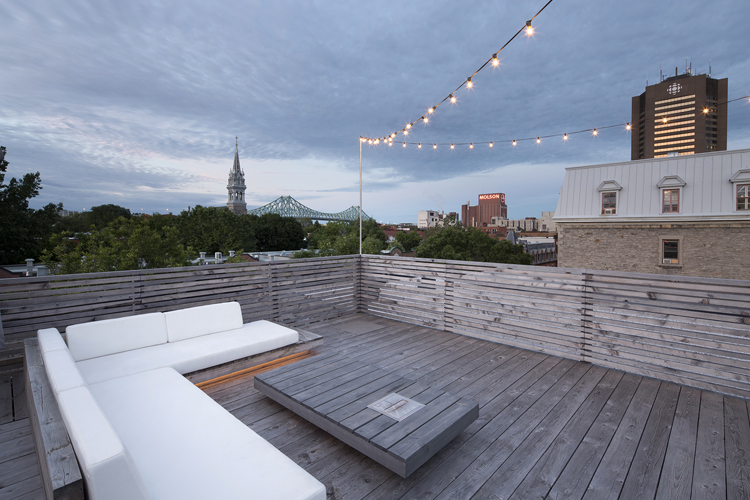