Belgian architects Edouard Brunet and François Martens teamed up to convert a typical Brussels terraced-house into two separate apartments, adding a glass box to provide stunning views of the surroundings.

Originally inhabited by a single family, the house appeared too big and difficult to take care of after the children grew up and left. The owner of the house then decided to sell the last two floors to a friend, in order for him to convert them into his own appartement. 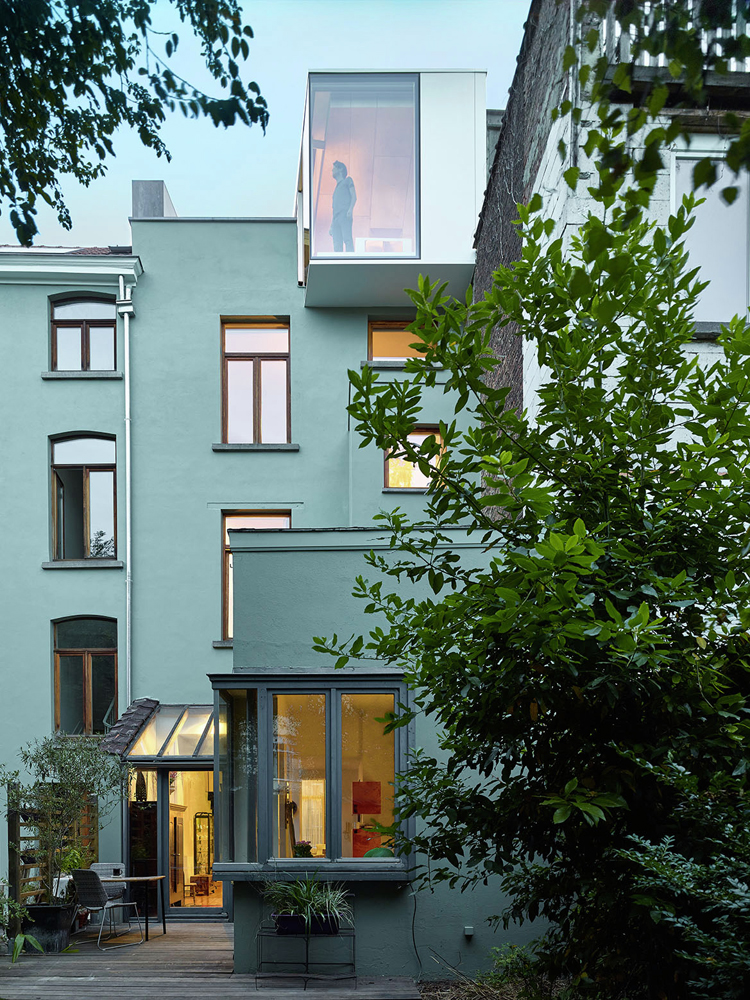 In addition to 5 floors of approximately 45m2 each, the house has a rear facade looking towards the East, while the front facade looks towards the West. The two architects suggested to install the upper flat’s living area on the top floor of the house, as to limit nuisances between neighbours (bedrooms are placed on top of each other) but also to benefit from the light and open view that this floor offers. Because of the limited total surface area of each floor and the top floor being set up in the attic, it was decided to tear down the rear part of the roof. This allowed to build a terrace and a new cantilever space right where the former staircase lead to the top floor. The new staircase is set in the centre of the building. 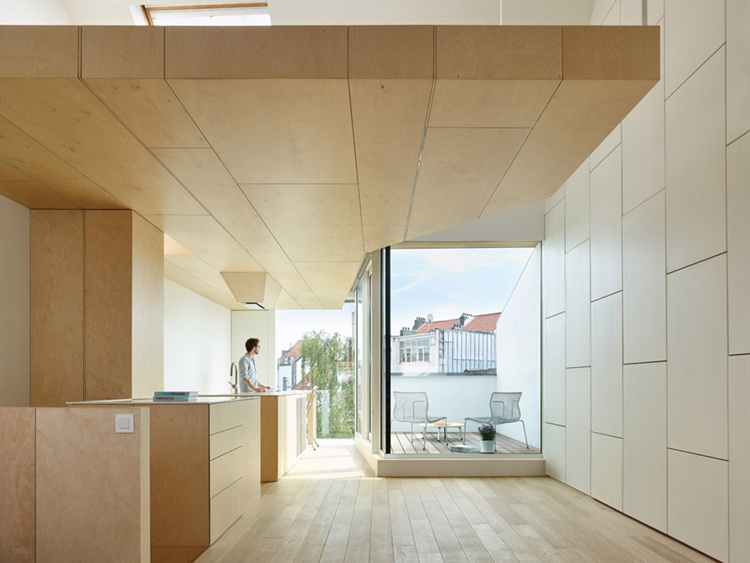 This setting allowed to upgrade the living area: direct access to the terrace, more daylight reaching further into the flat, new kitchen with an open view on the back gardens and yards, the sky and Brussels’ skyline. Besides providing an intimate outdoor area, the new terrace built in the existing house volume gives a new facade looking towards the South, letting daylight enter the kitchen for a large portion of the day. 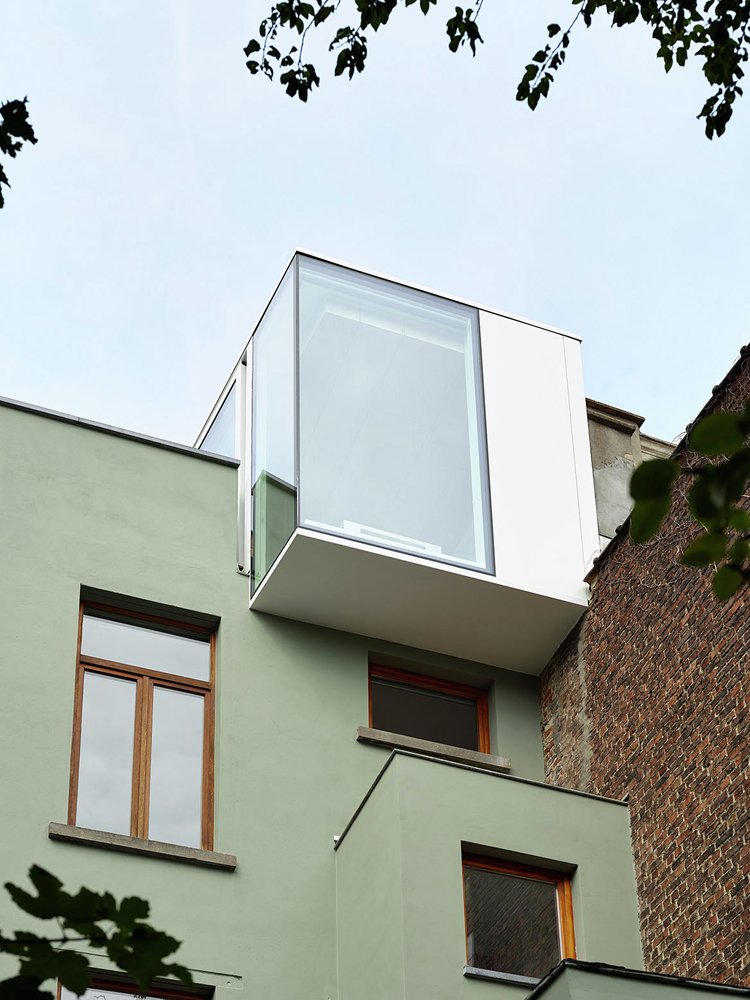 In order to stress the sense of space, the top floor’s walls were torn down; the new mezzanine was suspended, to allow the overall attic volume to be seen. Each and every inch of the space is maximised, such as in Japanese or Dutch projects that the new owner presented as references to the architects. All necessary functions for the new flat are organised in one single piece of furniture set up throughout the floors and the rooms. 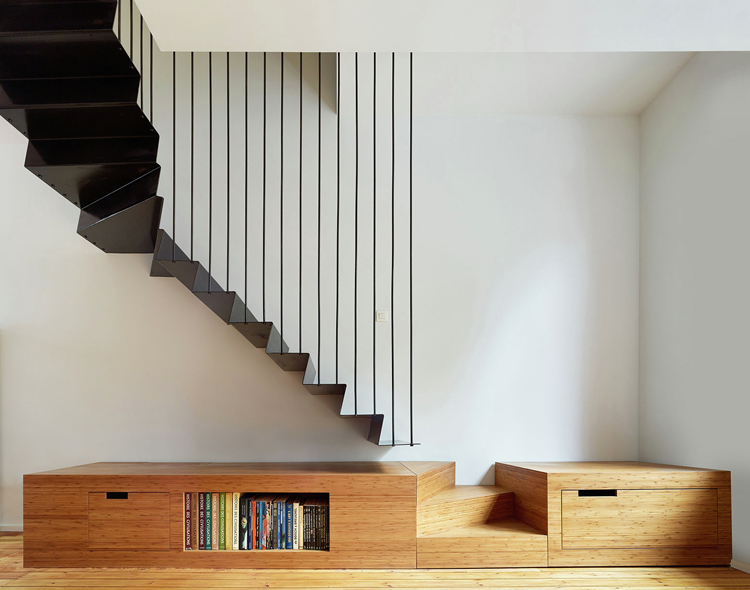 The kitchen, the staircase, the toilets and the shower are put together to compose this piece of furniture, which circulate between the floors and the rooms, allowing for fluidity and thus alleviating the small surface areas inconvenience. Birchwood, a pale colour wood, was chosen to make this piece of furniture and create a warm atmosphere in the entire apartment. In comparison, the lower part of the house saw minor work which consisted in wood, iron and fitting works. To make the flats independent, a new suspended staircase was drawn and designed alongside the craftsperson who manufactured it. The bathroom was also entirely redesigned. The combination of bamboo and iron gives this part of the house a unique atmosphere. 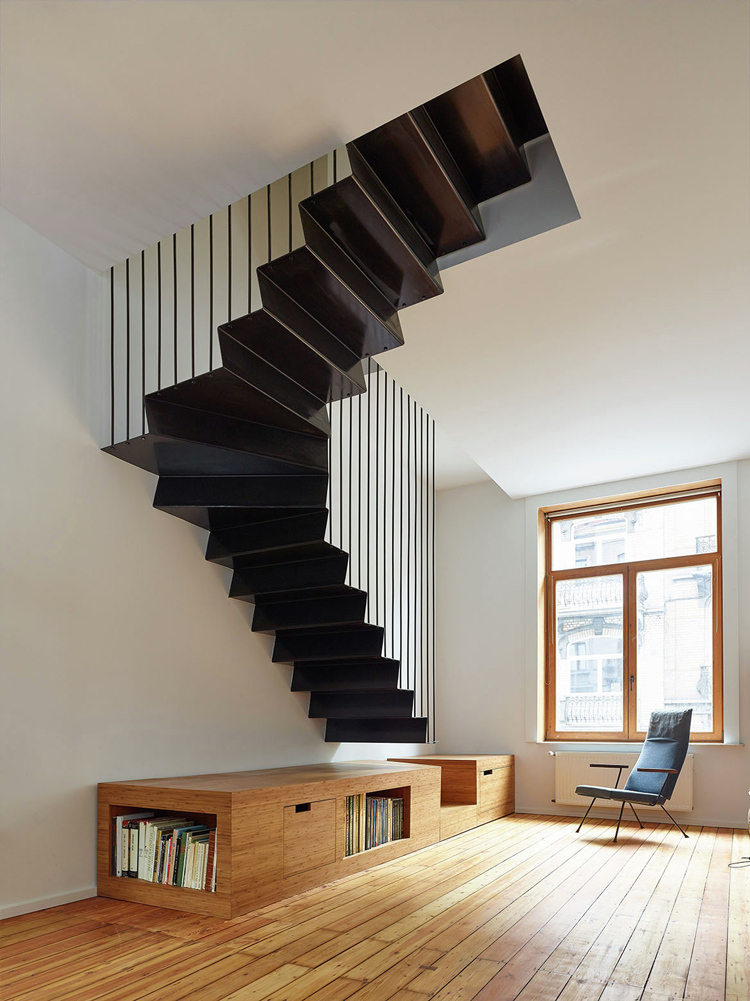 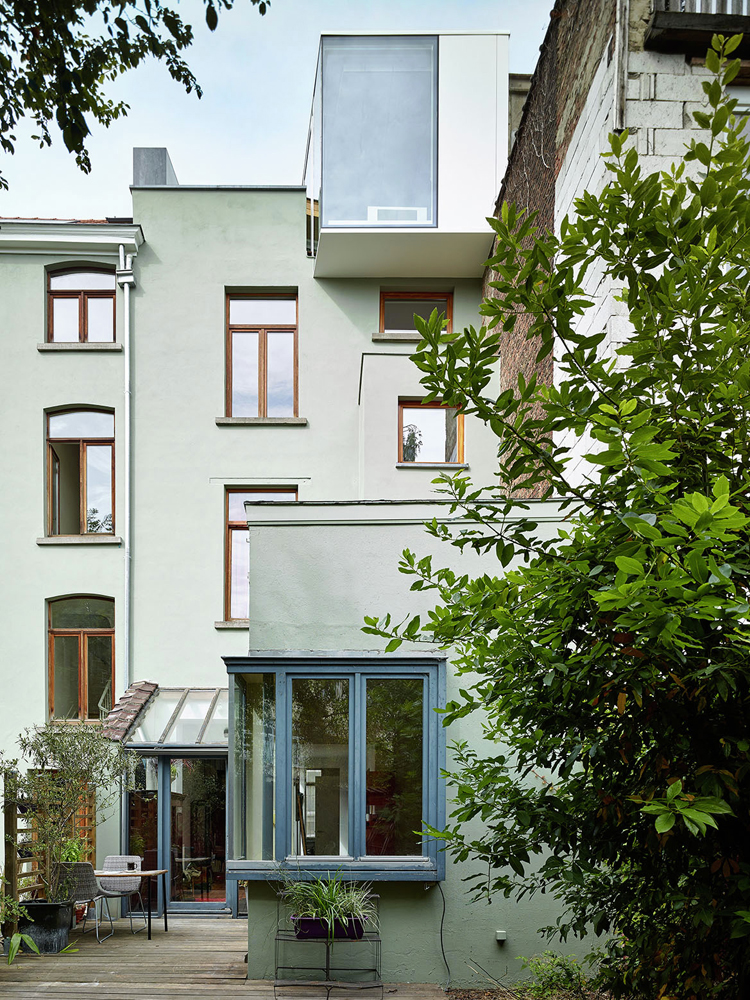 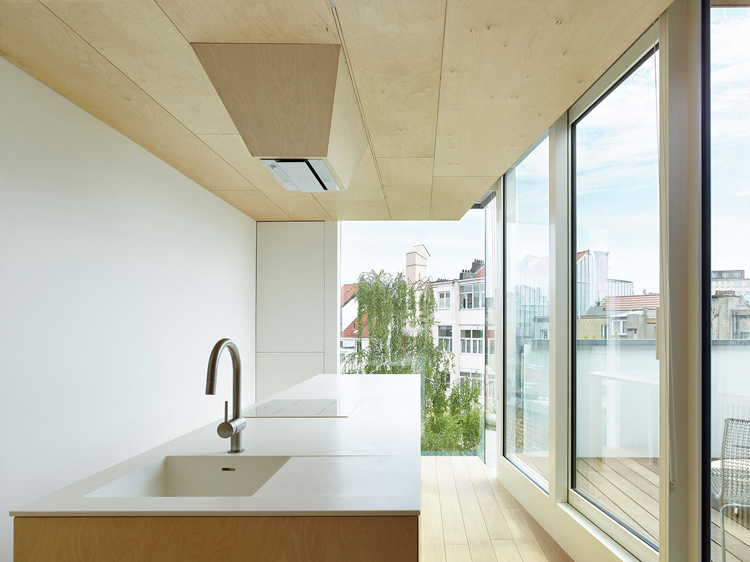 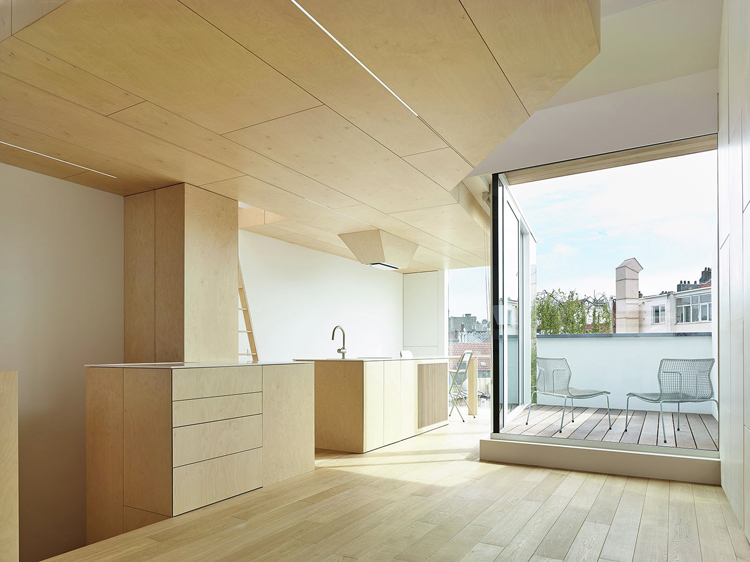 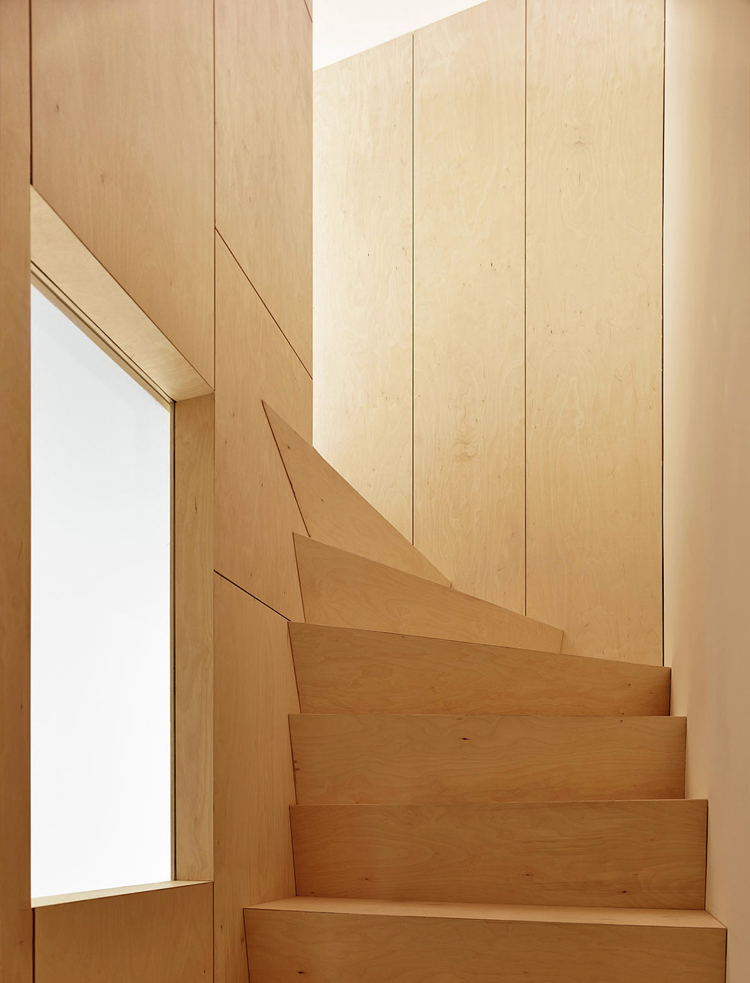 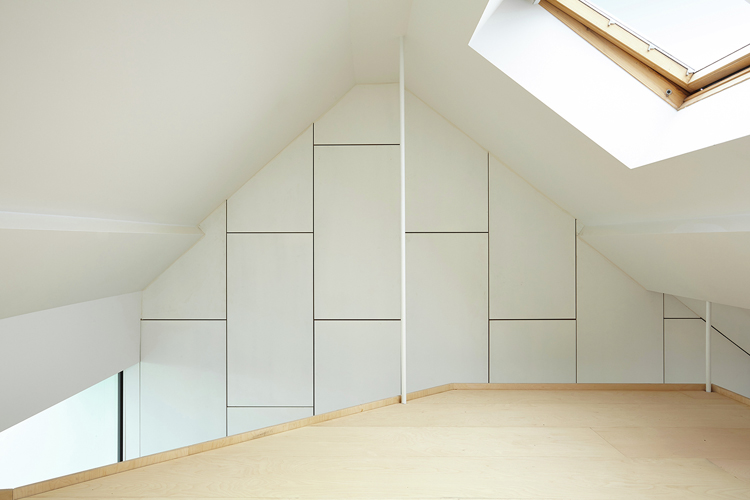 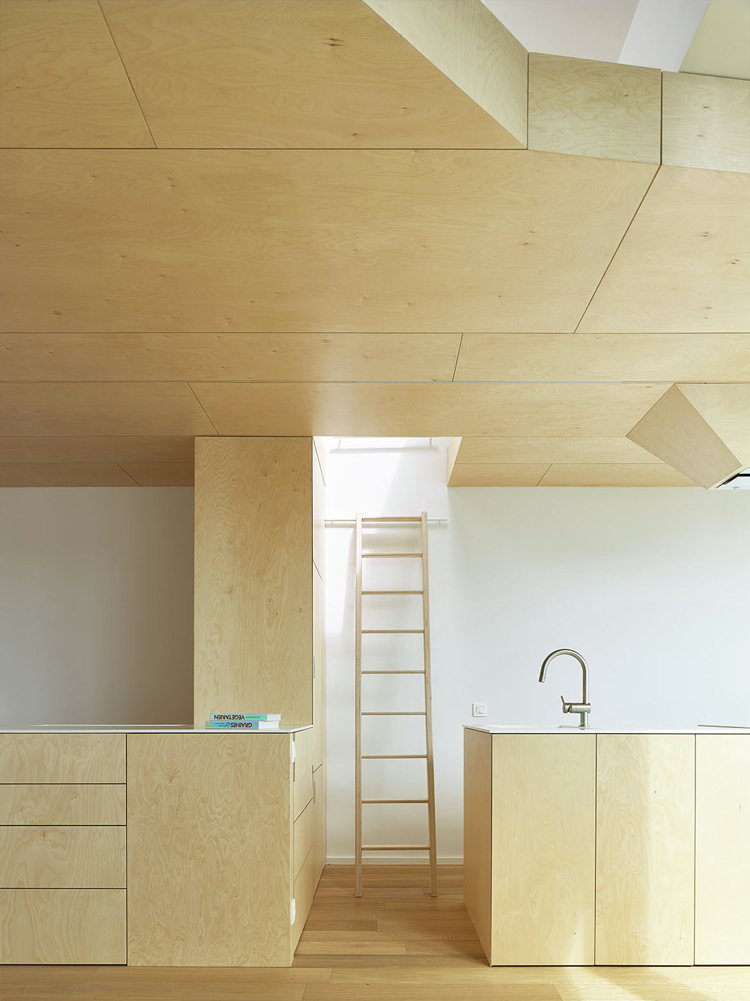 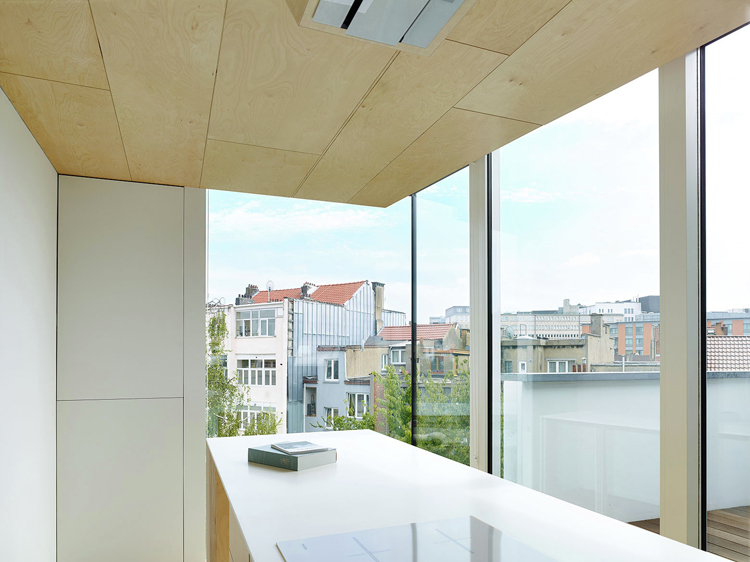 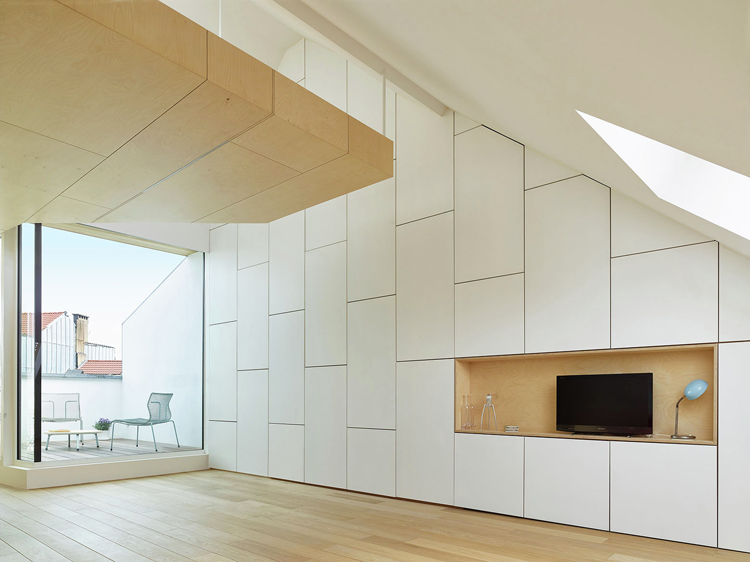 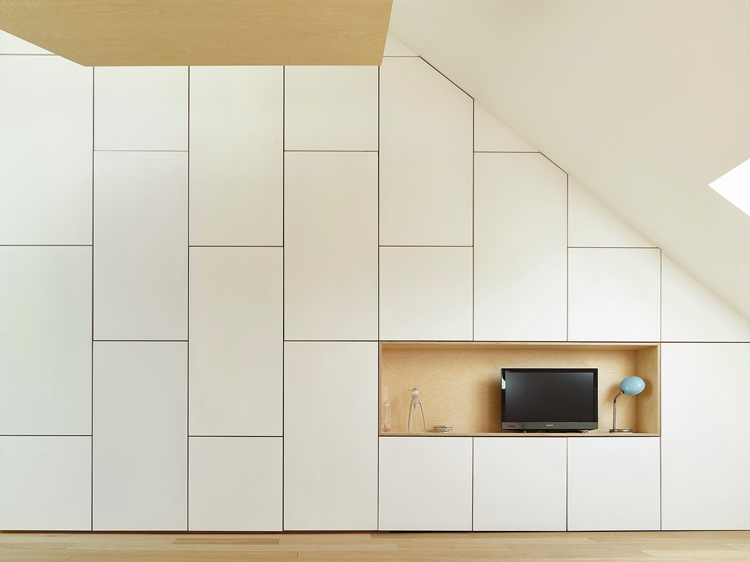 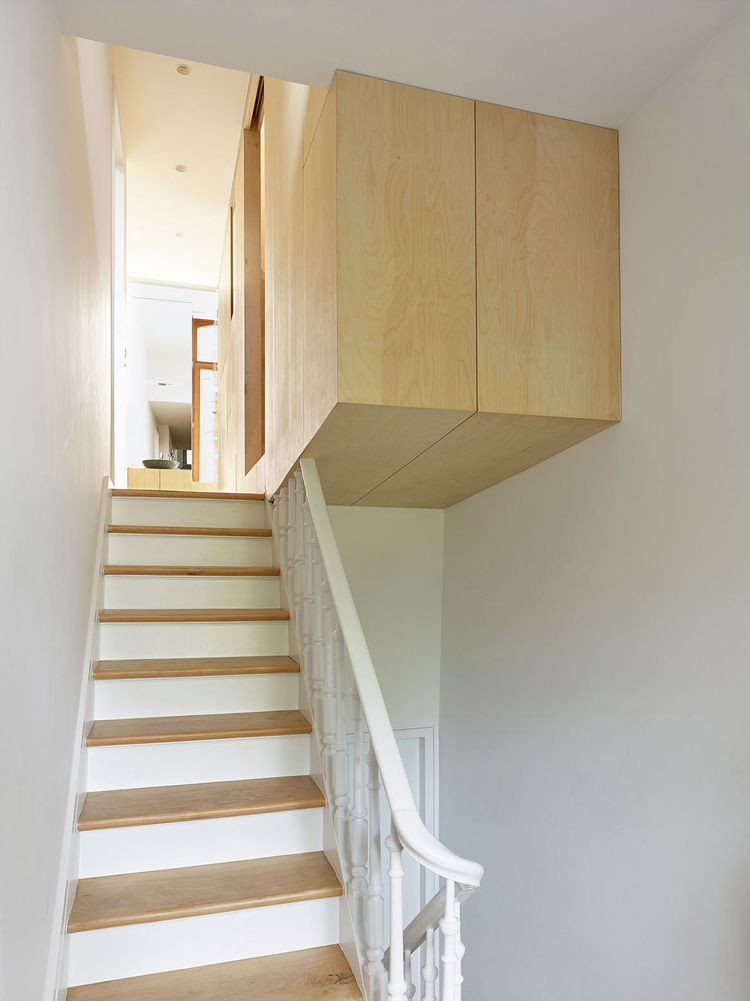 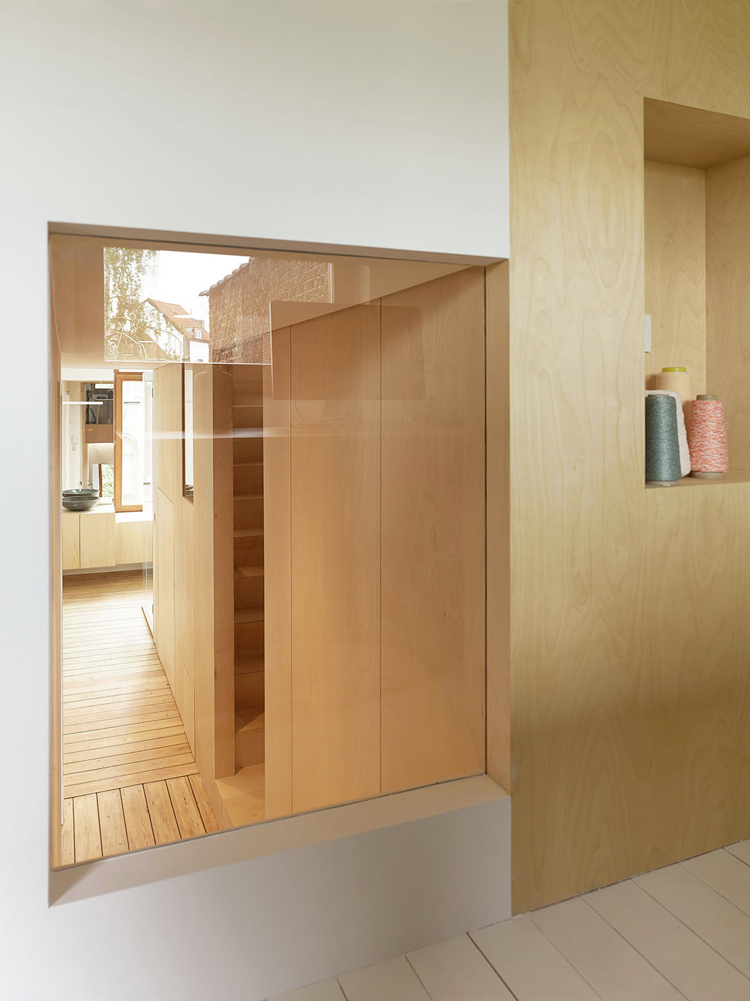 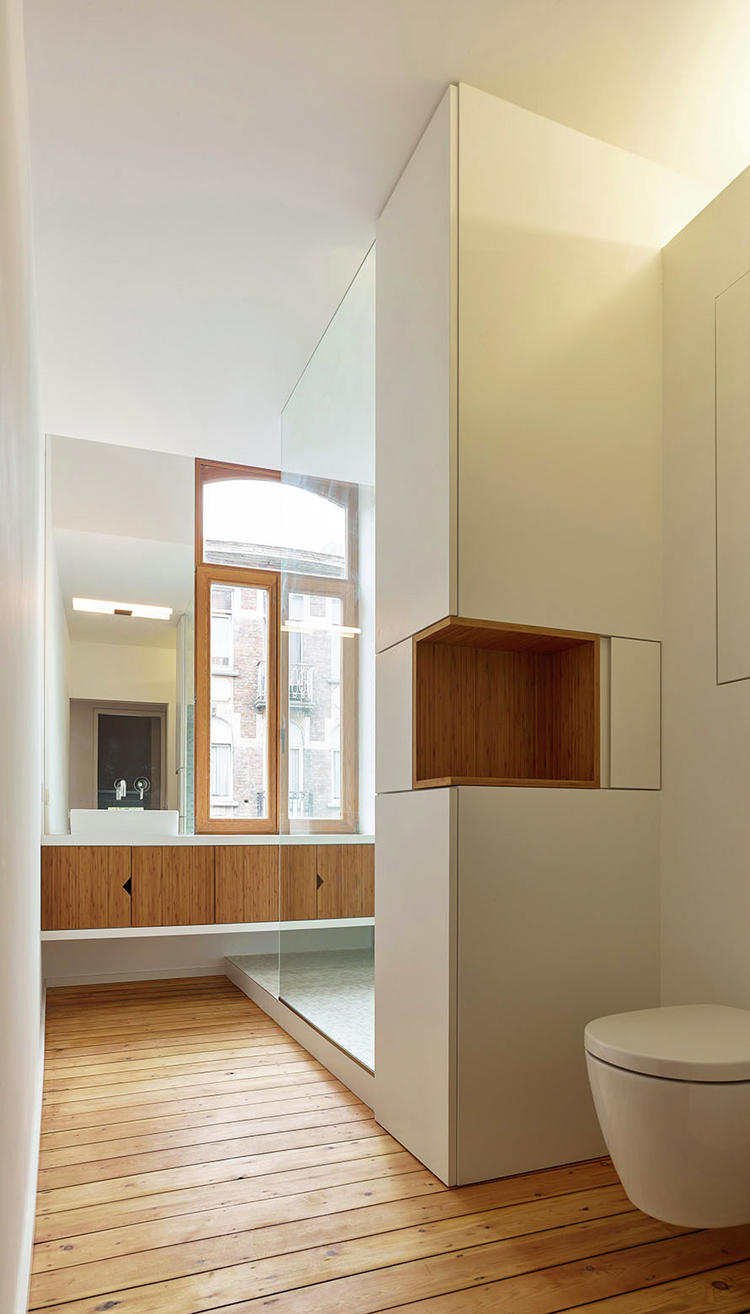 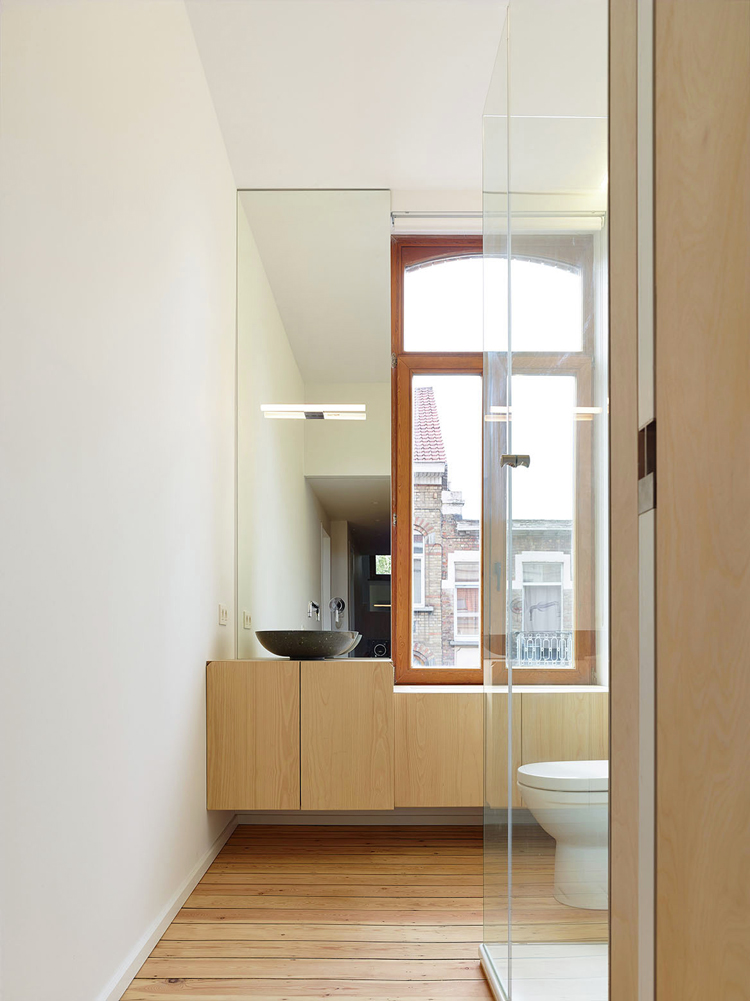 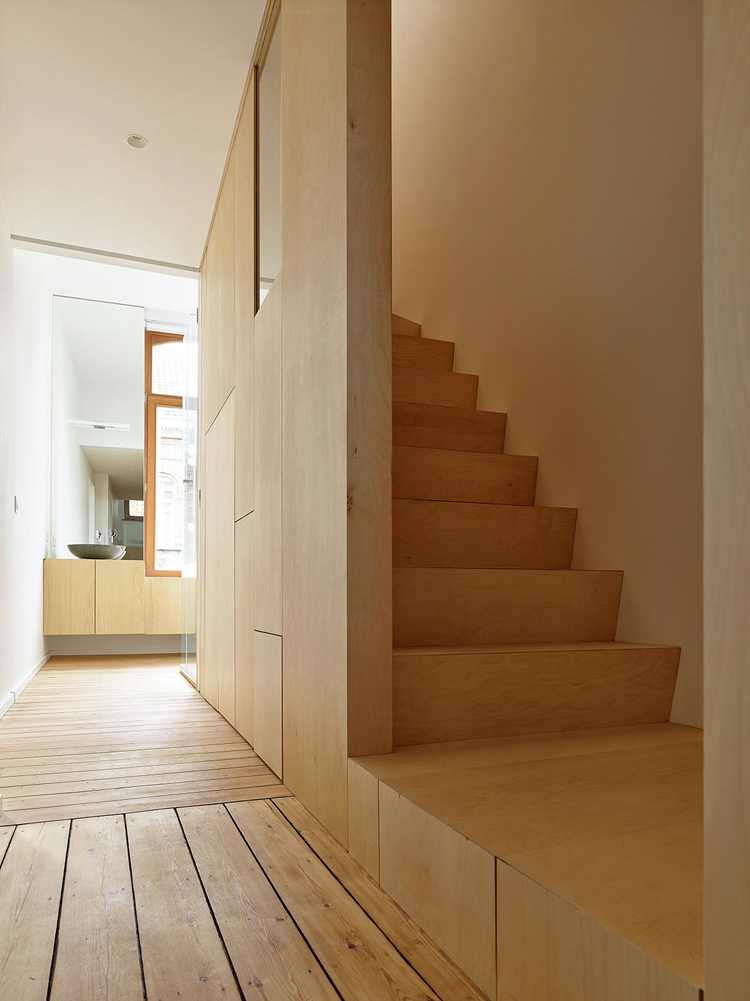