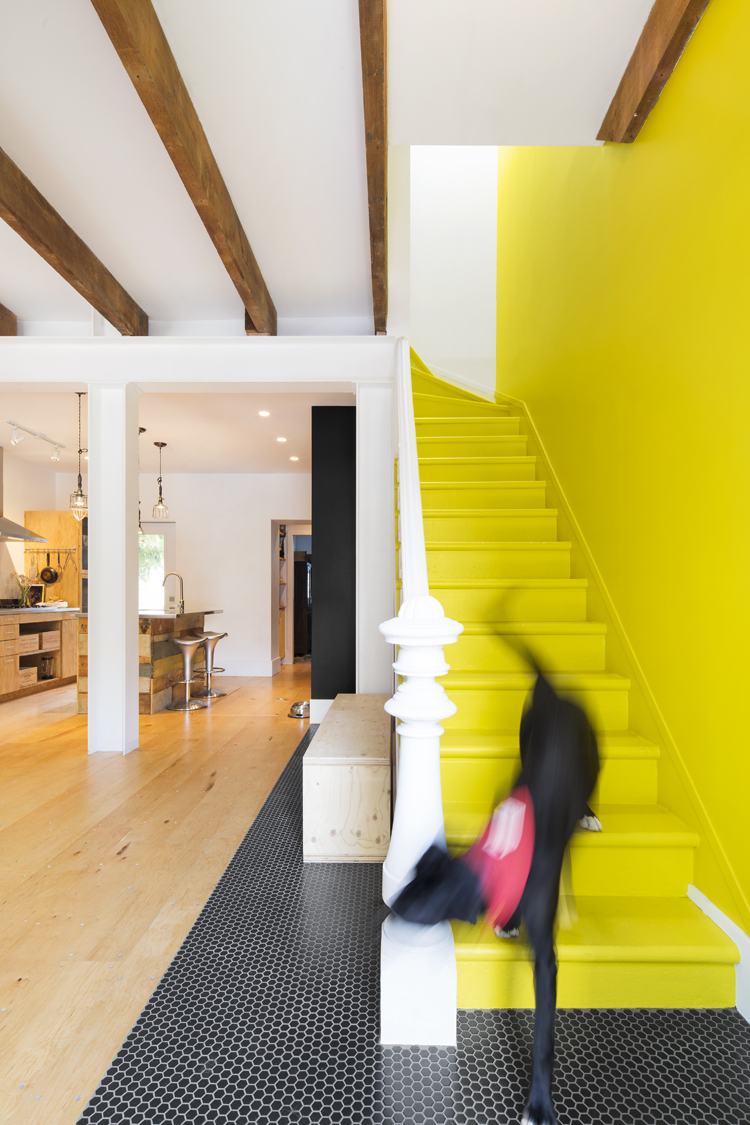 As in their previous works, sustainability continues to guide Mark+Vivi’s design efforts. Rather than shipping construction waste off to landfill, demolished framing and floor boards find new life as rugged yet tasteful furniture, cabinets, and counter tops.

Steel columns and beams are added to support the existing timber frame structure. Left exposed and painted white, the new “bones” not only lift but gracefully compliment the old. 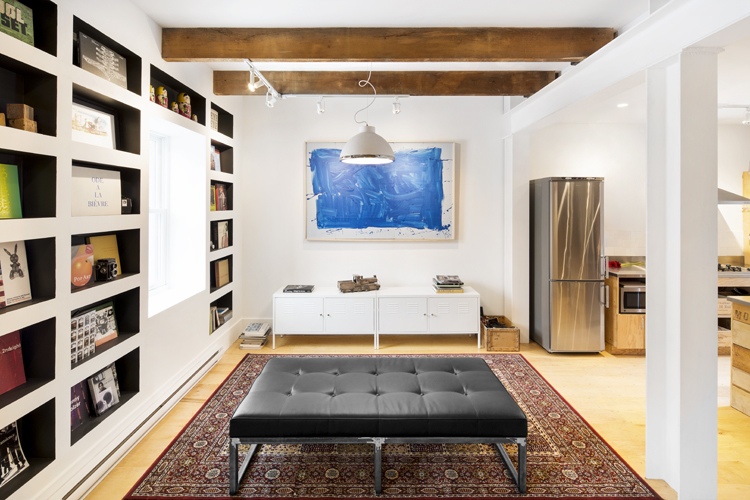 “We wanted to create a home that captured the essence and character of a classical 19th century Canadian row-house infused with contemporary touches of playfulness and style,” explained the designers. 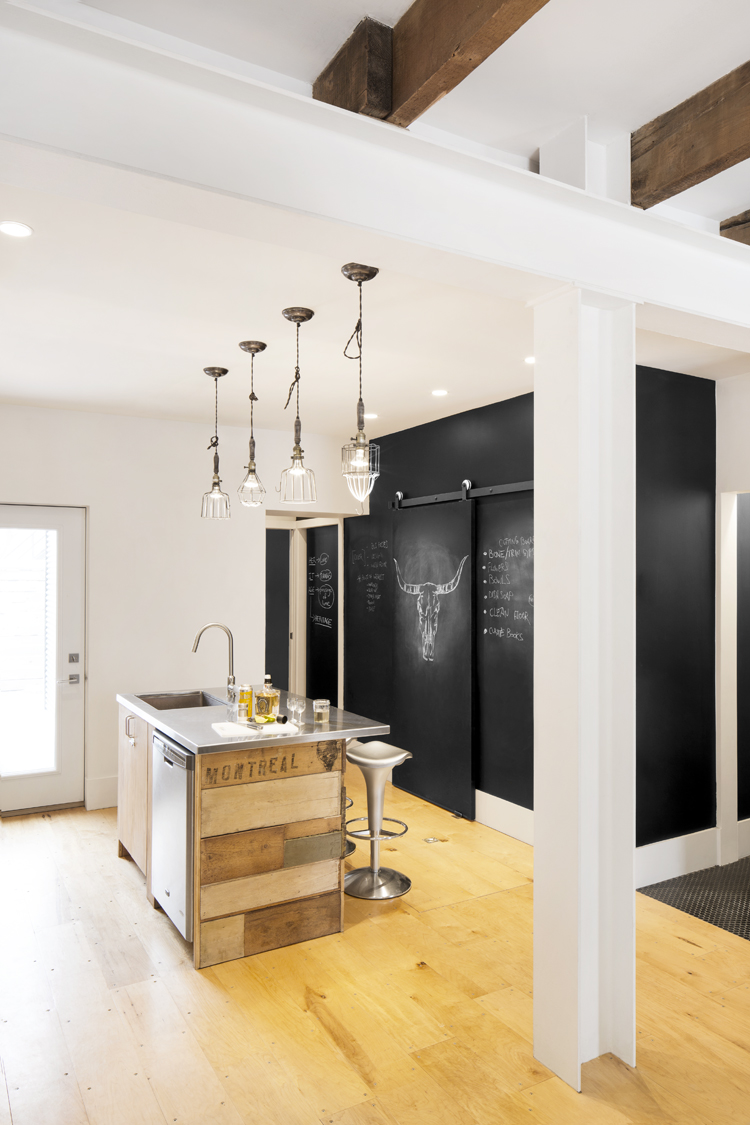 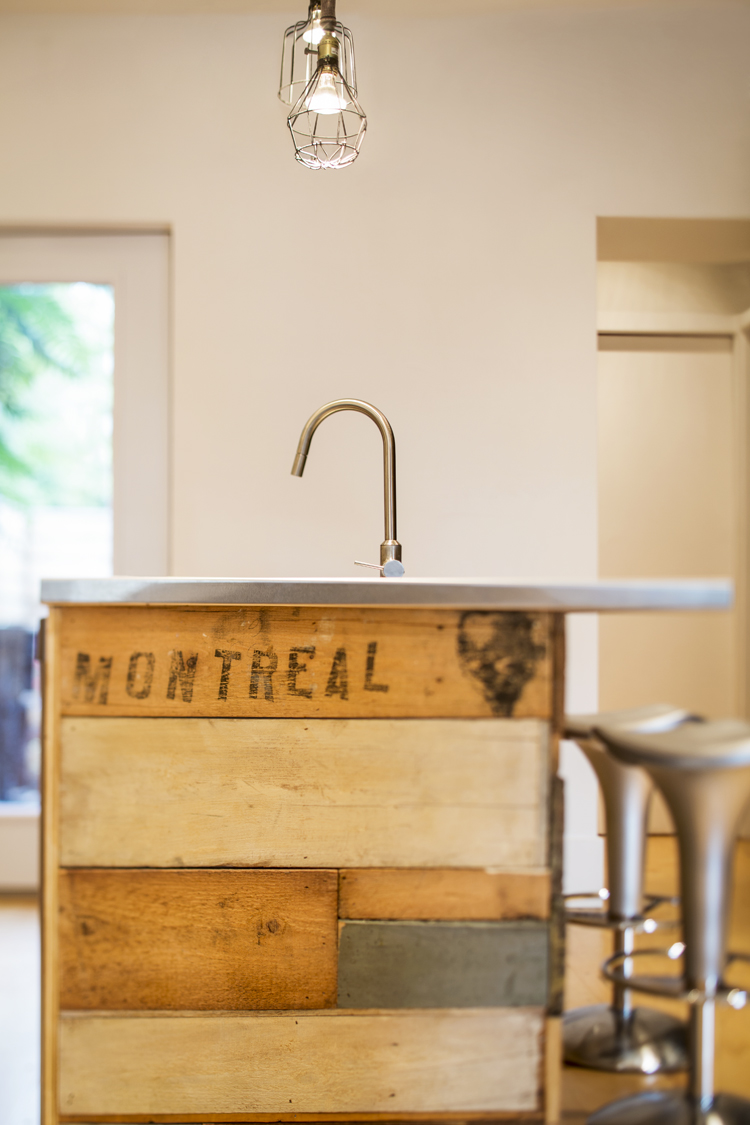 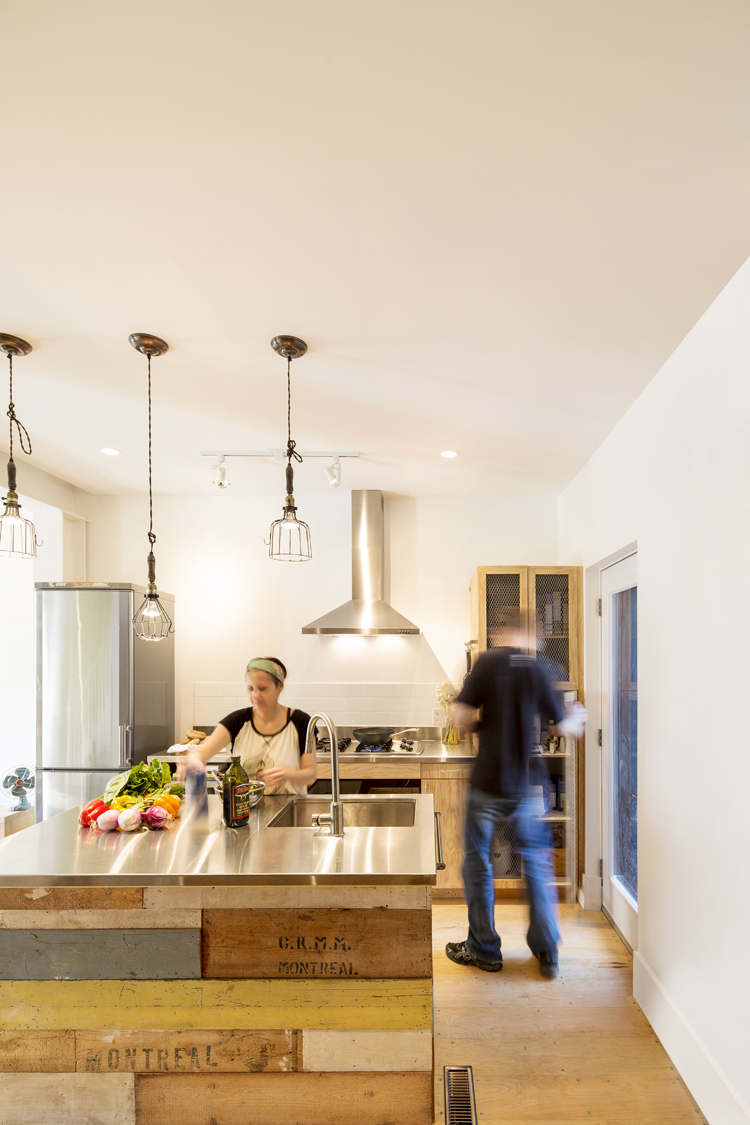 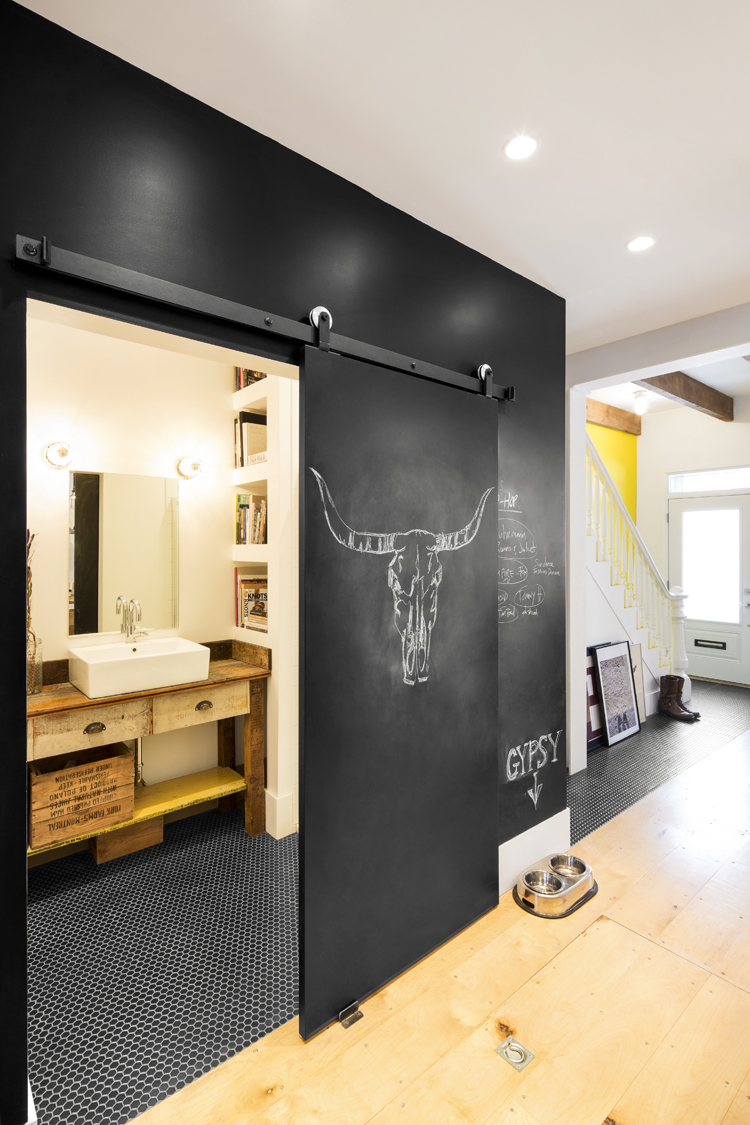 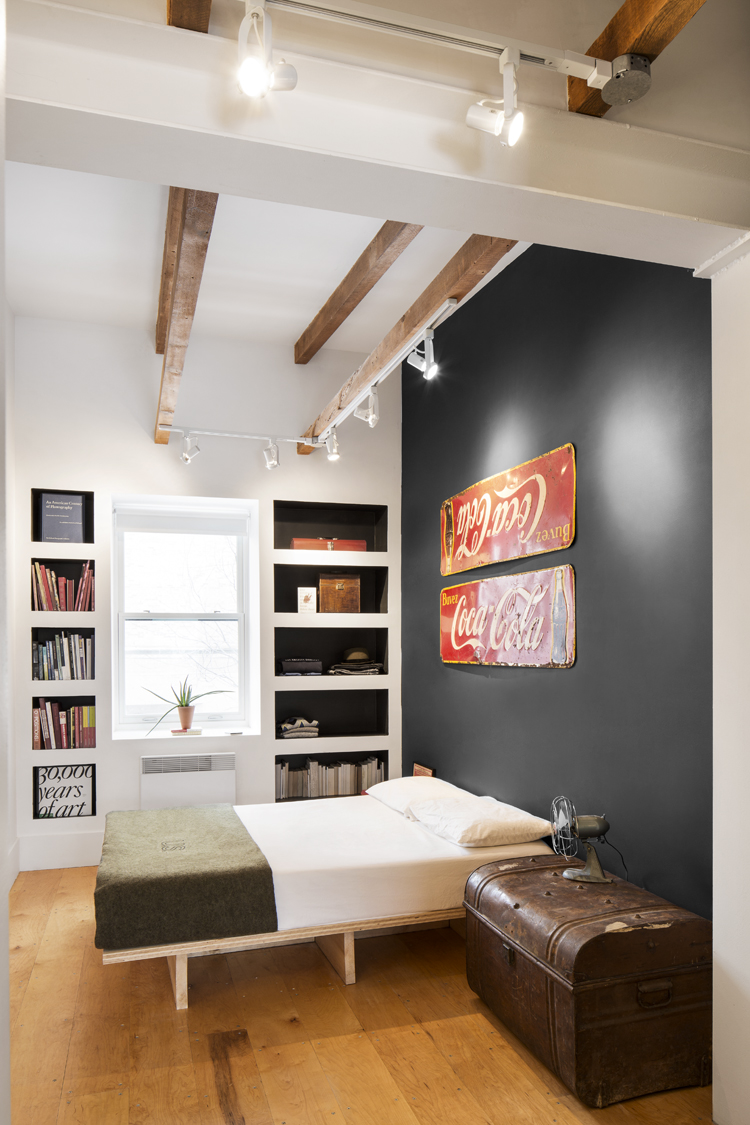 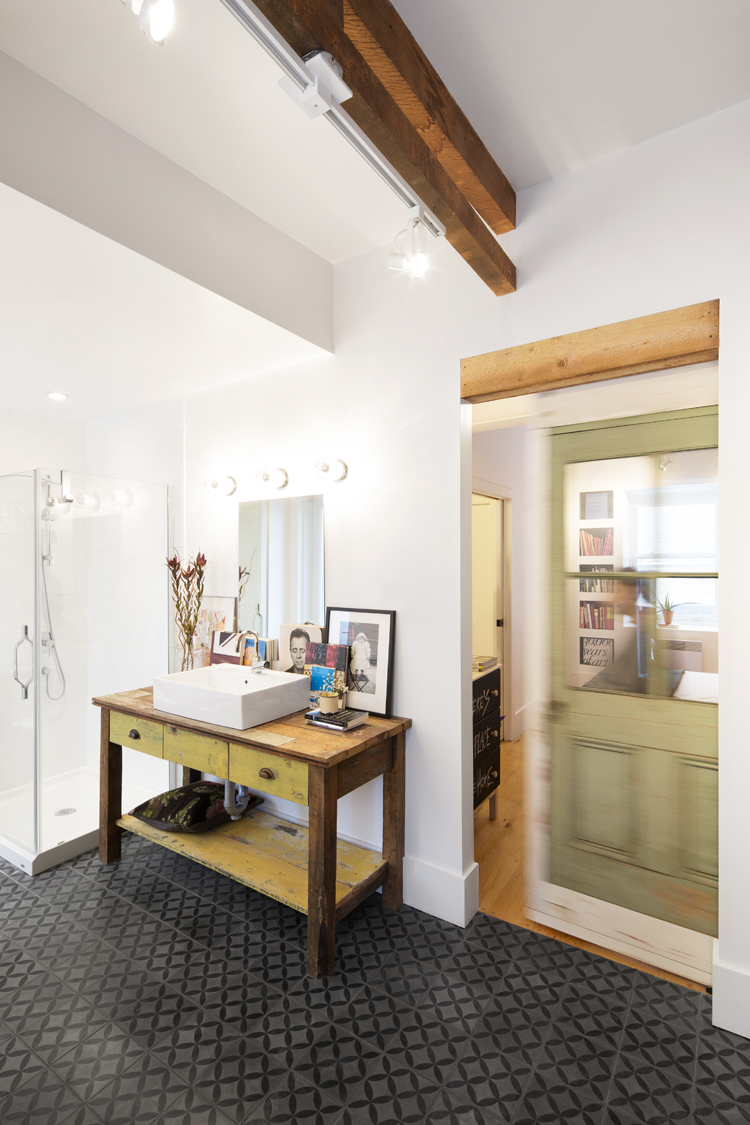 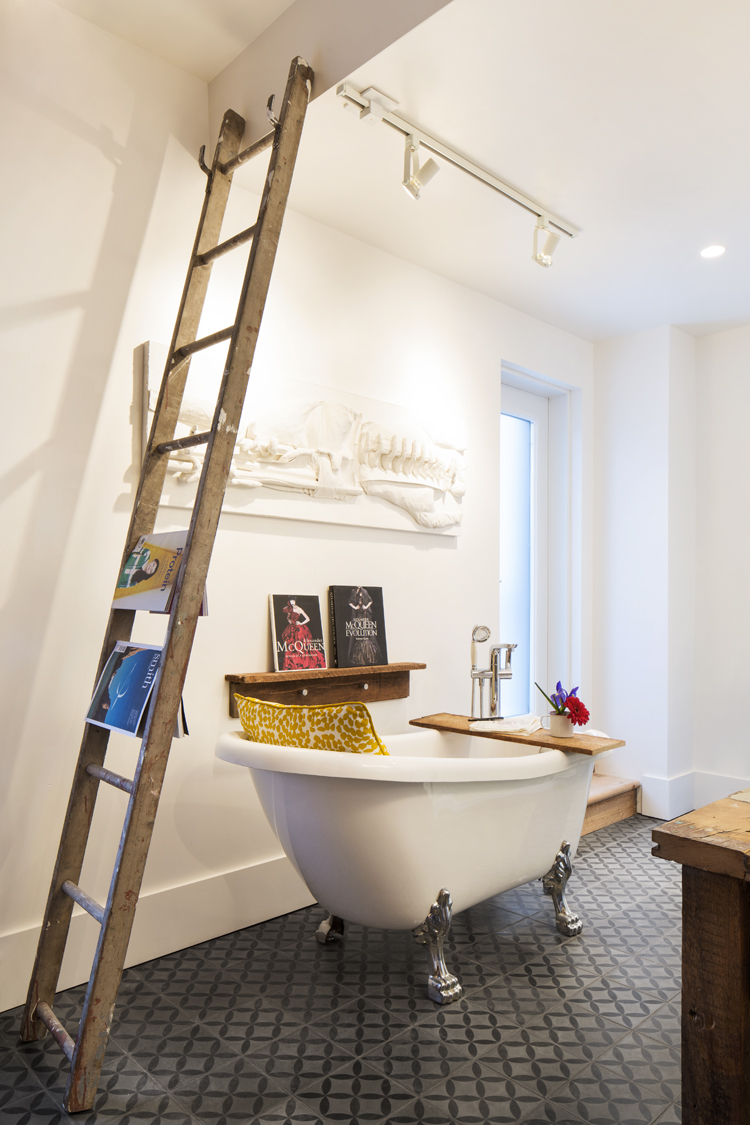 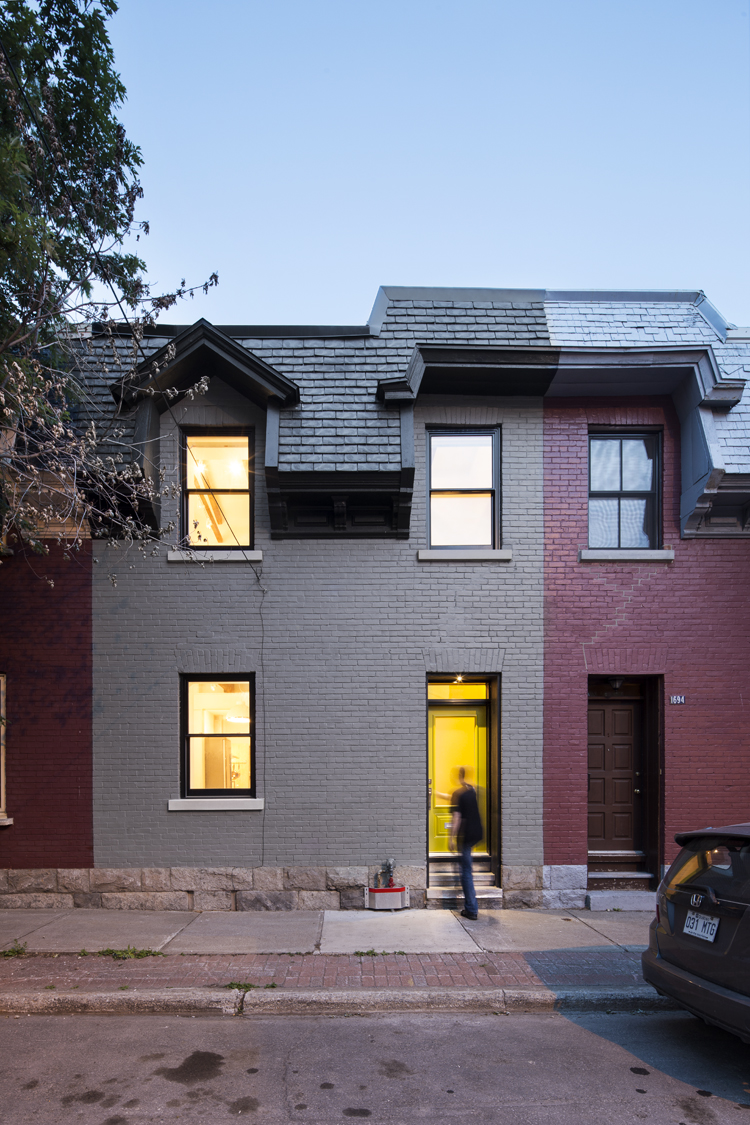