Ogata Yoshiki of Japanese design firm SALT and Watase Ikuma have teamed up to convert a building  that was originally a rental warehouse into a share office space in Tokyo. The existing building had a five-story container architecture style, surrounded by metal, with low ceilings and no windows. This gave it a very inorganic feeling that SALT wanted to eliminate. The first thing they did was to establish a large aperture to allow natural light to flow in from the street side of the building. 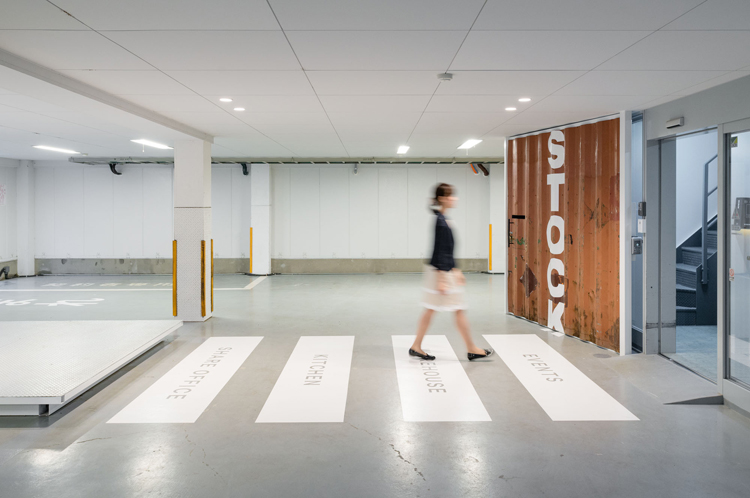 Since the property exists in the middle of a hill and had no landmark, architects decided to plant a more than 12 meter high sequoia to create a distinctive feature to the space. Because the depth of the shrubbery was only 1800mm, they made the root bowl as small as possible, and installed the tree at the top of the hill. 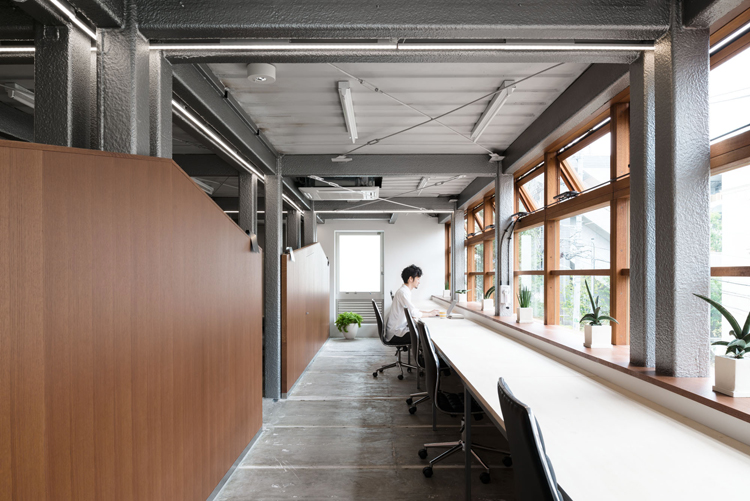 The entrance door is made out of a 10 year-old marine container. It has an important role to show when the office is open or closed. A ten-meter long kitchen is arranged towards the big open concept space like a stage  as well as a variety of furniture intends to correspond to the user’s moods, events, or work activities. For instance, there are benches that can become like a hearth when combined, and stools that can become shelves when piled up. There are no more than 3 pieces of furniture that are the same, so users can choose and enjoy the change in their work environment every day. 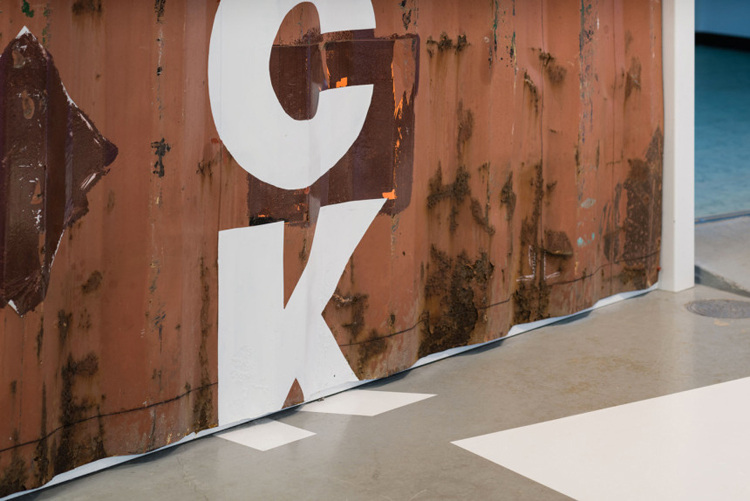 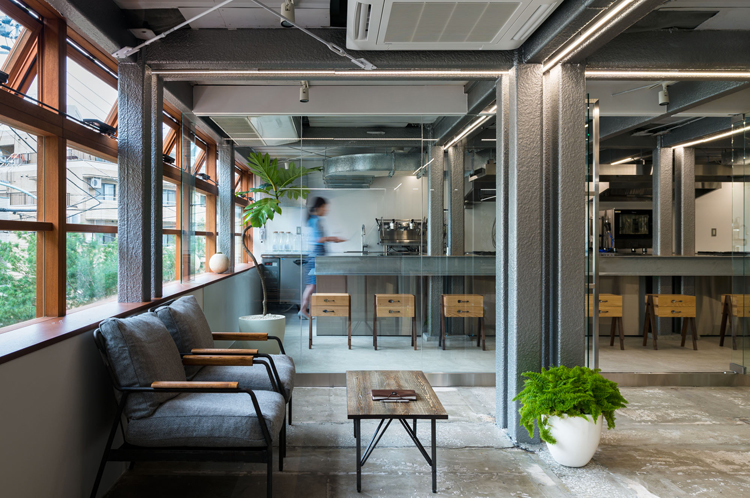 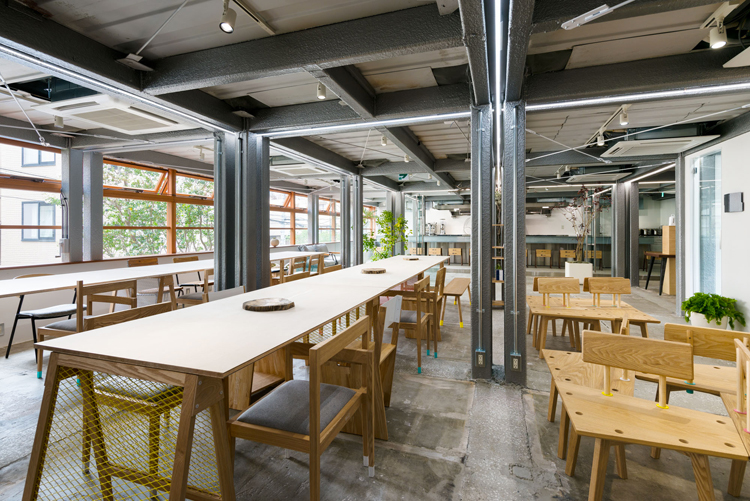 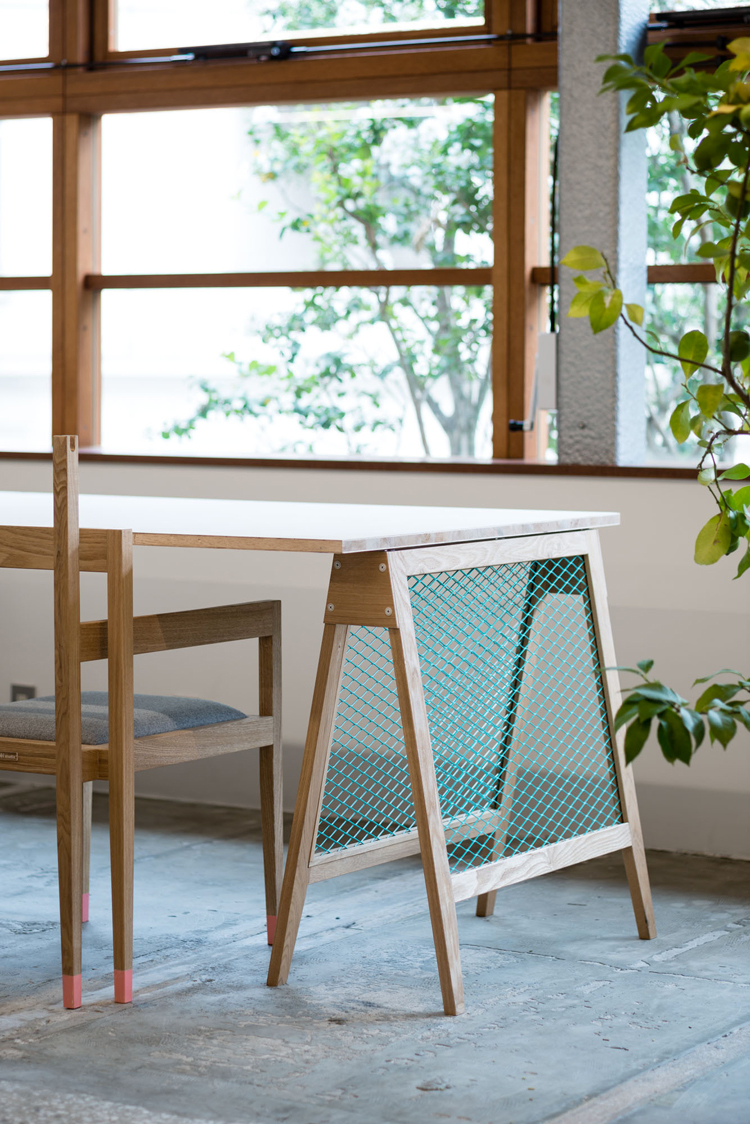 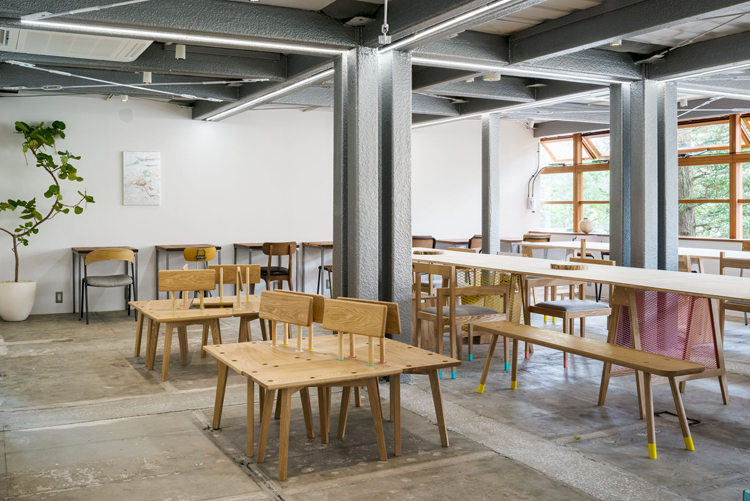 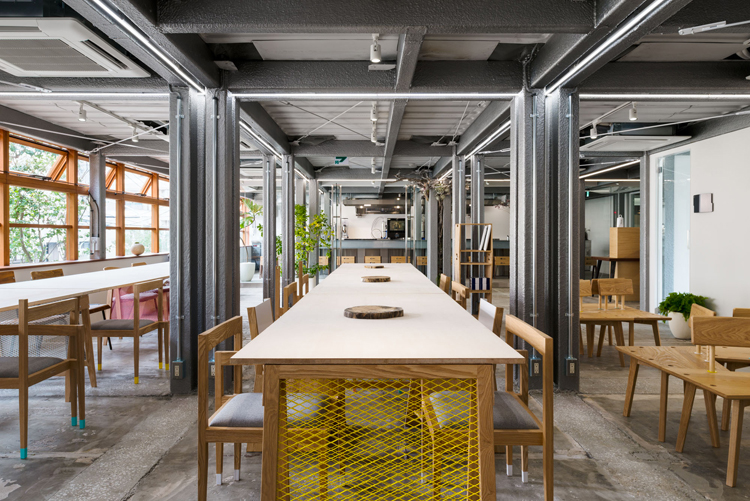 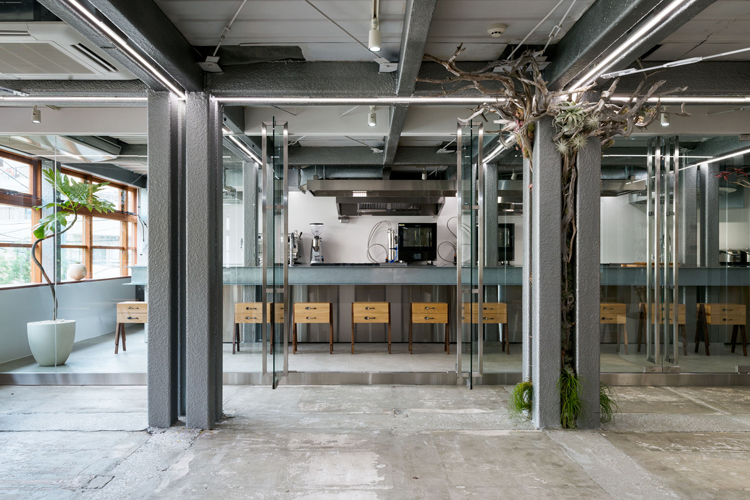 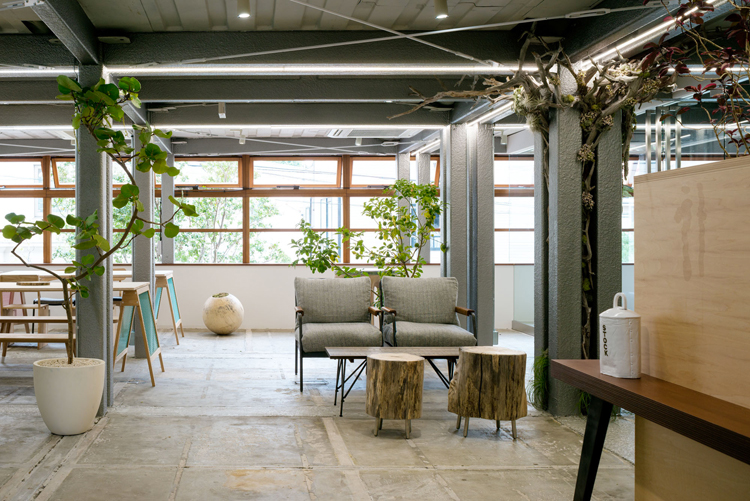 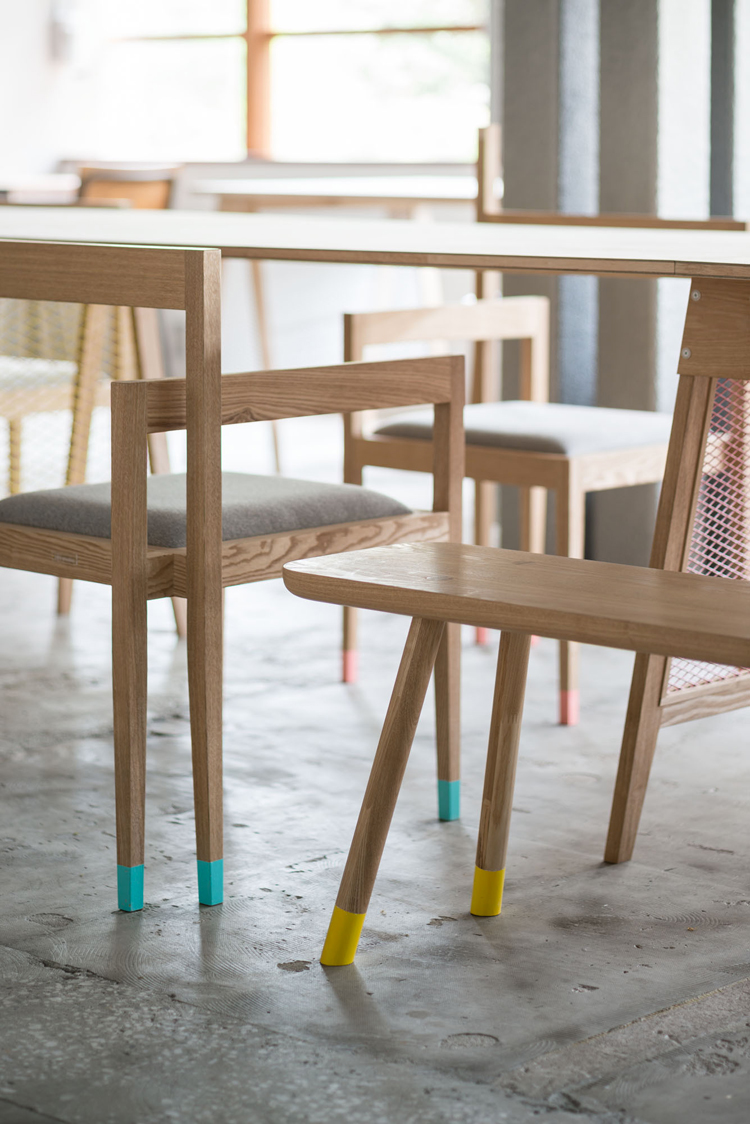 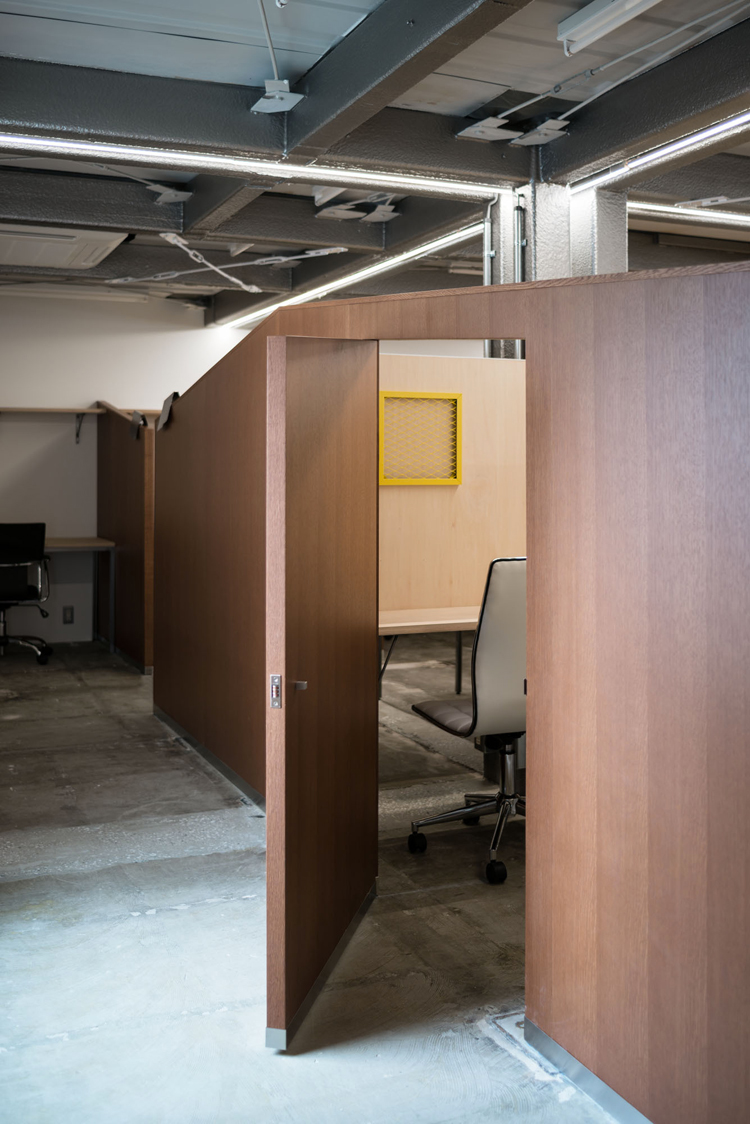 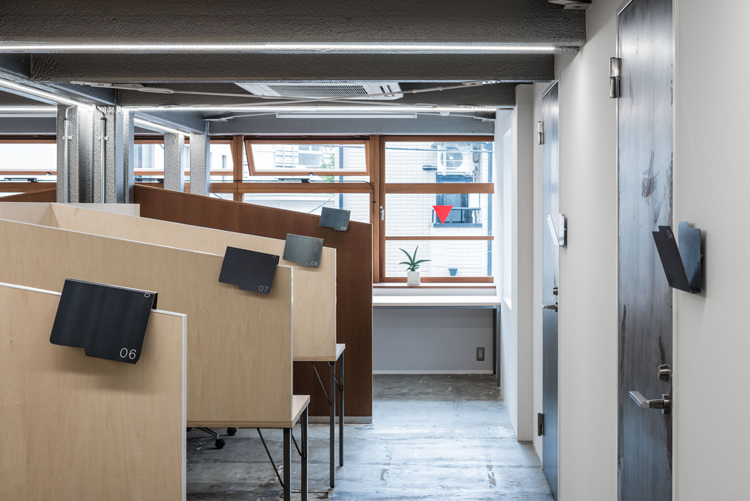 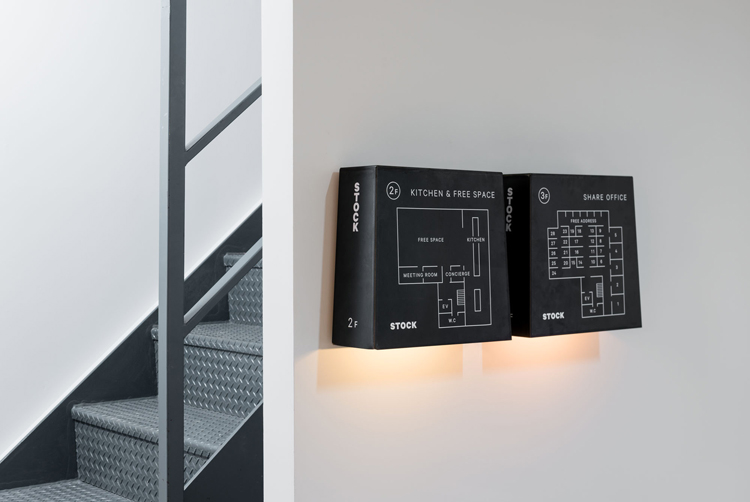 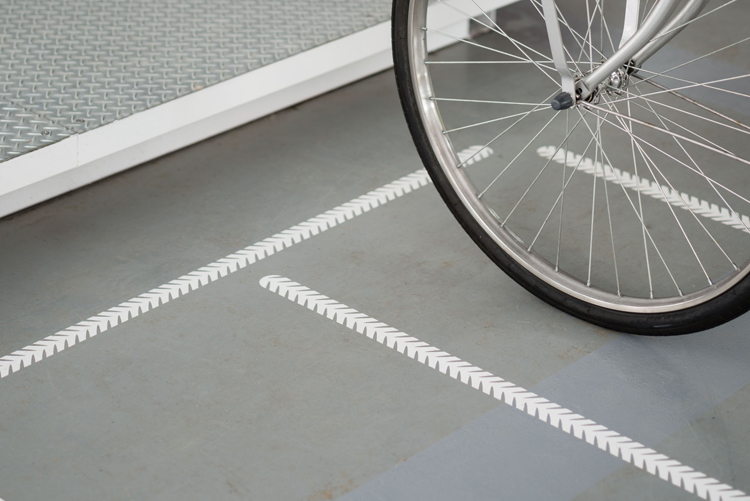 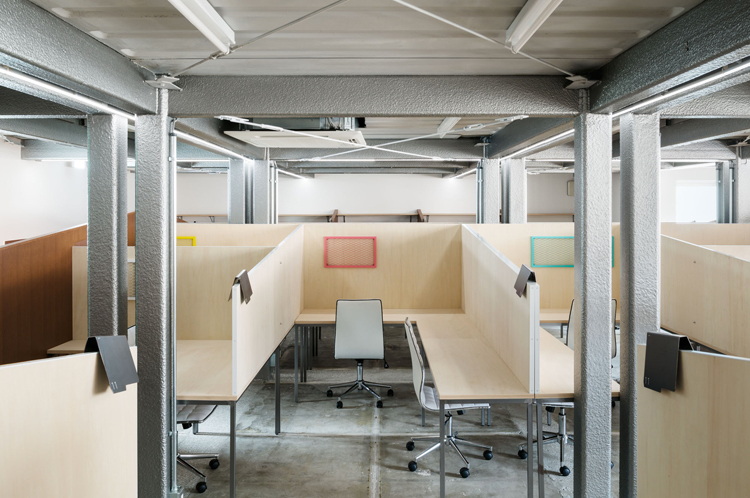 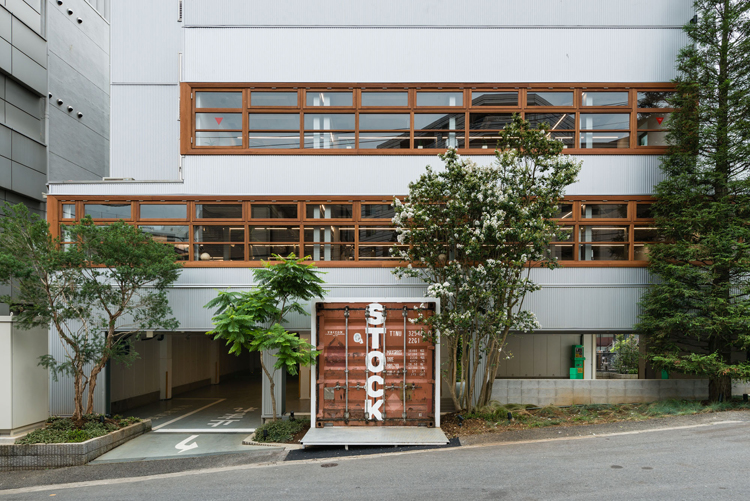 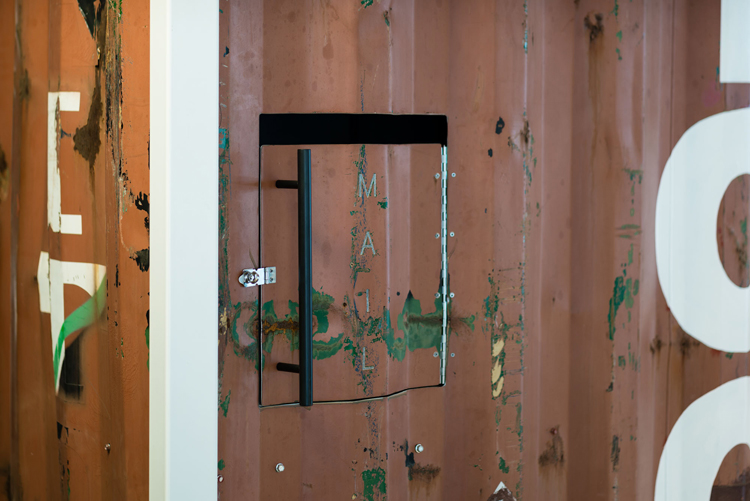