The 26th edition of ICEHOTEL has opened on December 11, 2015 in Jukkasjärvi, Sweden, and features 19 uniquely crafted Art Suites as well as a bar and a church. The suites were all created by different artists from across the world – from a Swedish artist who made a giant snow elephant in the room, to a French team who fused snow, ice and disco into a groovy sleeping experience.

The 55-room Icehotel is built annually from ice and snow sourced from a nearby river. 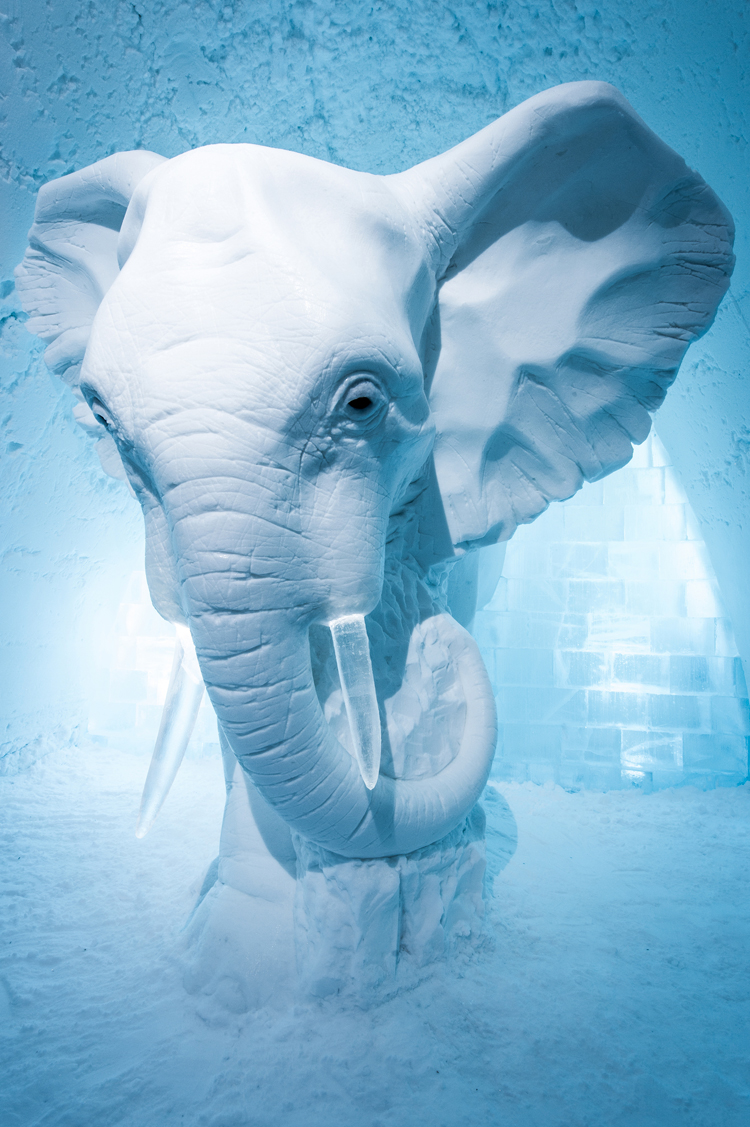 The Cesare’s Wake suite references 1920s cult horror film ‘The Cabinet of Dr Caligari’, and was designed by Petros Dermatas and Ellie Souti. In the setting, where the story takes place, everything is deformed, expressing the emotional state of the main character.

A three-metre-tall African elephant towers over the ice-framed bed in the suite by Swedish sculptor Anna Sofia Maag, who also created the unicorn for the hotel’s main hall in 2014. The designers of last year’s ice church – Tjåsa Gusfors and David Andrén – based a suite named Show Me What You Got on a peacock. The suite affirms that it’s when you are brave and show the rest of the world your true colors, that’s when you are you’re most beautiful. 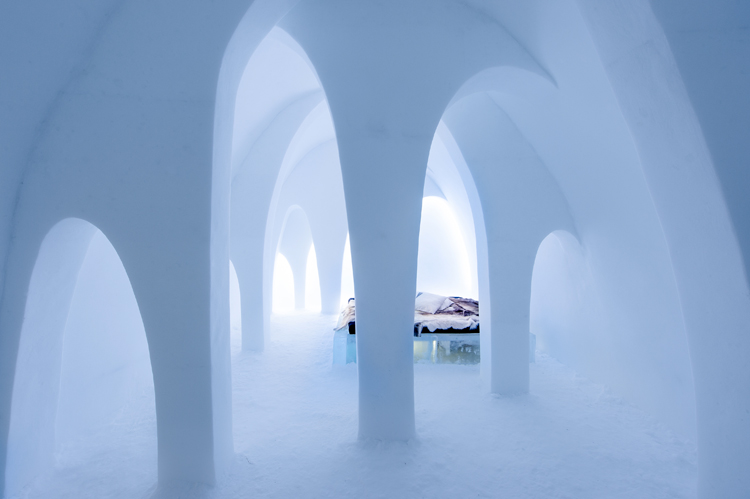 The cairns, traditionally used to mark a path, become symbols of a destination, good will and a sense community between strangers. The suite, designed by Annie Hanauer and Matt Chan, uses ice slabs stapled atop each other, creating a grove of ice cairns in a snowy landscape.

The Power of Love room by Sebastian Scheller and Kristina Möckel features enormous ice pipes and a love barometer seemingly captures the energy in the room and transforms it into visions and fantasies. 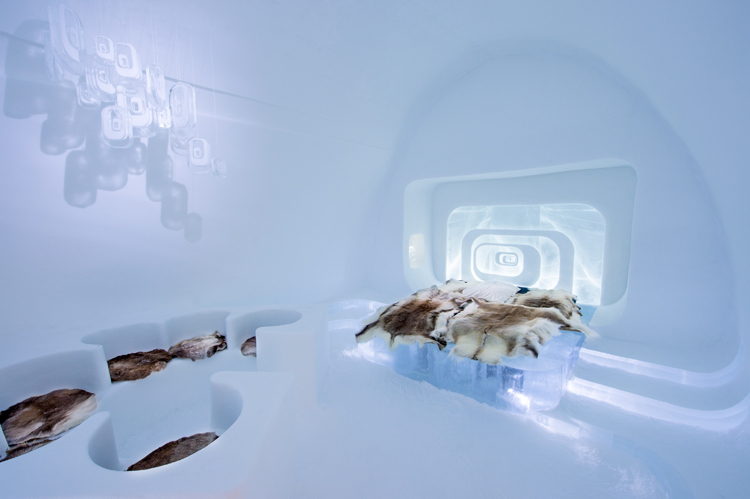 Gothic-like pillars create an ice cave for The Flying Buttress suite, influenced by the shape of hotel’s arched ceiling. Science and physics have inspired Anja Kilian and Wolfgang A Lüchow to create Fractus. Molecules and fractals are symbolized by sharp, geometrical lines shaping the suite. Together with Sebastian Scheller the trio made one of last year’s most popular suites also inspired by the topic of science, the suite was divided by several frames, each tilting against the former by 7.5 degrees.

The amount of snow used to create its more than 50 bedrooms, church and a bar would make 700 million snowballs, while the chandeliers alone are made from 1,000 hand cut ice crystals. 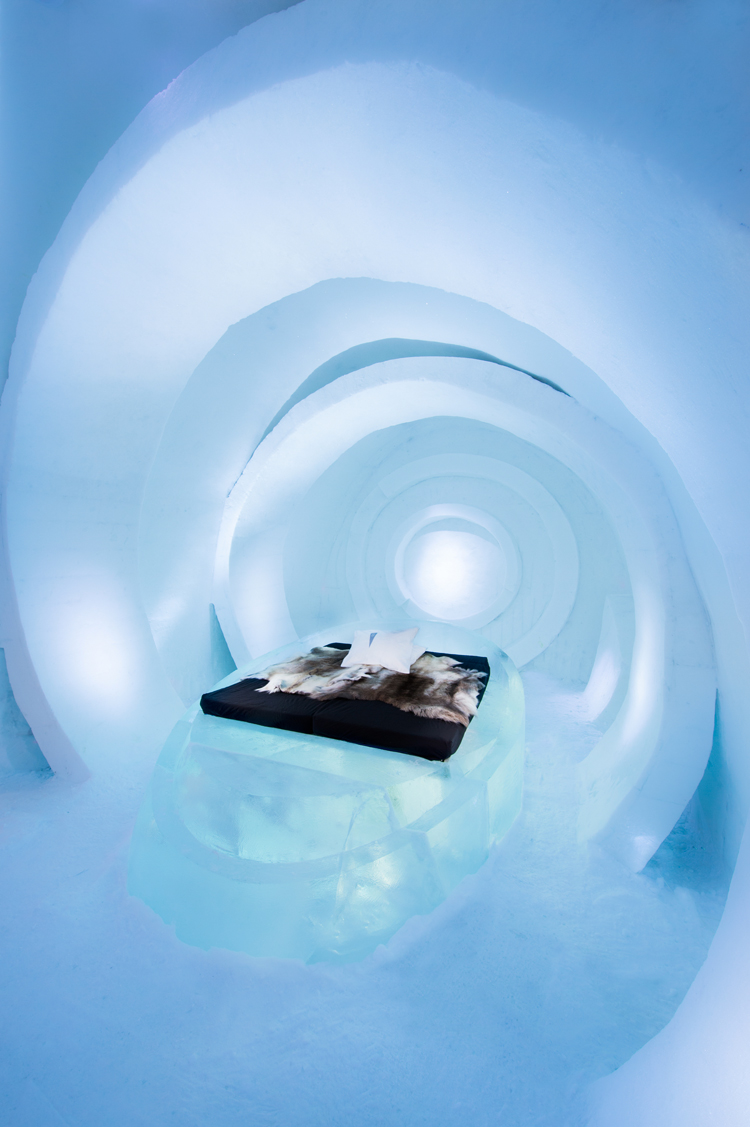 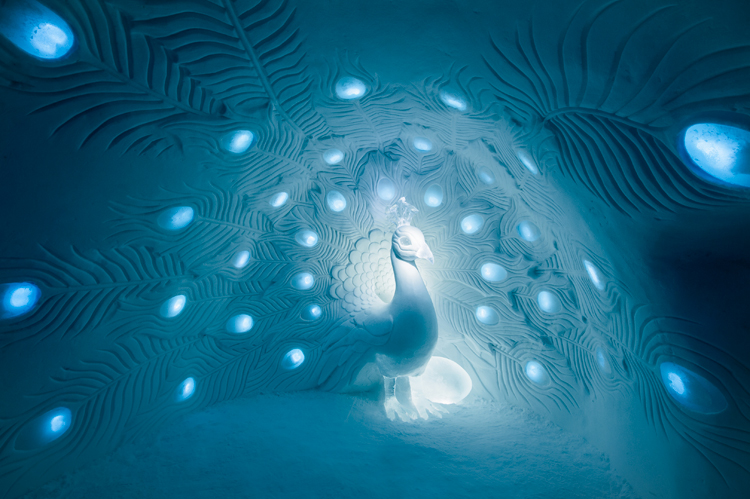 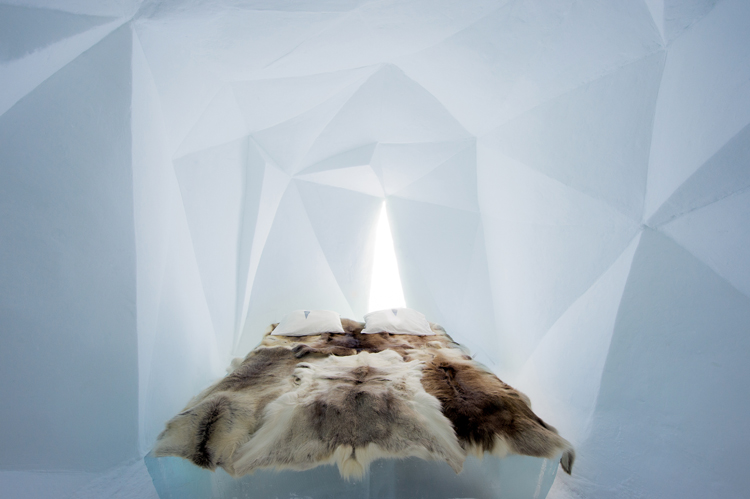 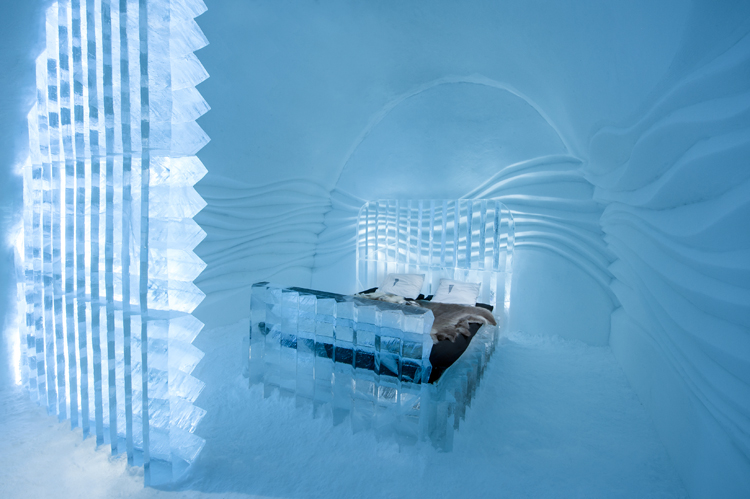 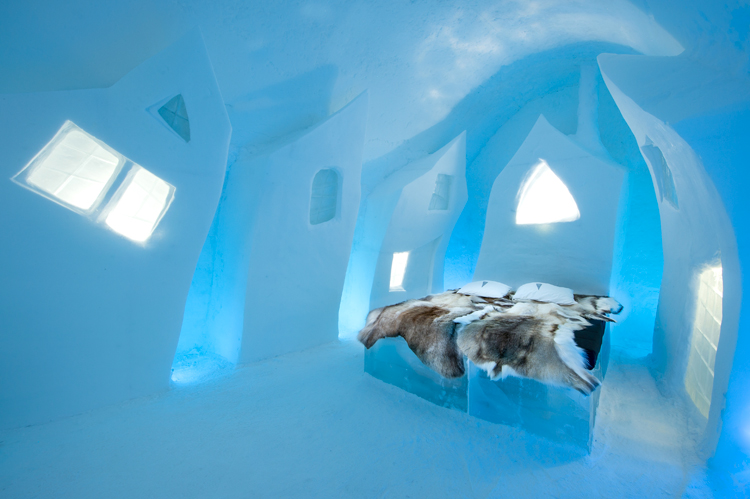 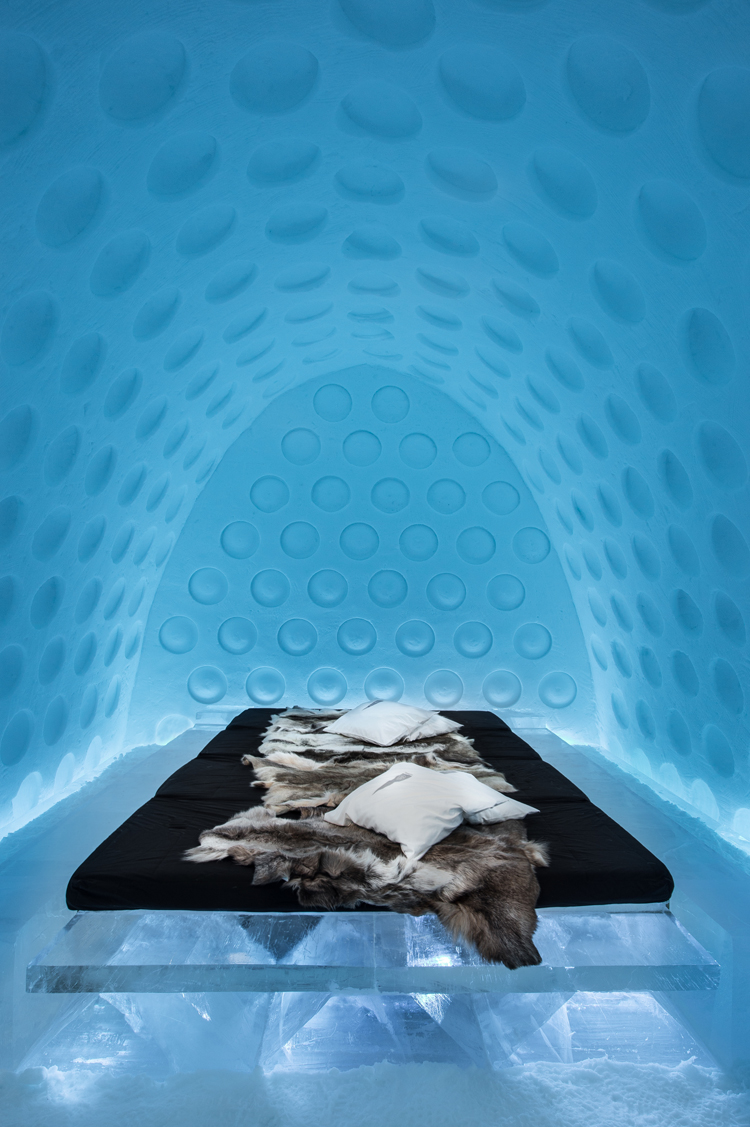 all images by Asaf Kliger courtesy of ICEHOTEL