Designed by Vietnamese firm a21studio, this four-storey dwelling in Ho Chi Minh City, titled Saigon House, was named House of the Year at the World Architecture festival last month. In Saigon, there is a story about Van Duong Phu, a masterpiece of architecture, built by Mr. Vuong Hong Sen, a culturist, an academic, and a famous collector of antiques. Moreover, he also has a deep knowledge of southern Vietnam and wrote many books about Saigon. At the end of his life, he would like to dedicate his house as a museum in order to prevent the antiques from stolen and introduce Saigon culture to visitors. However, after his dead, the house has been abandoned, and the spirit is totally lost. 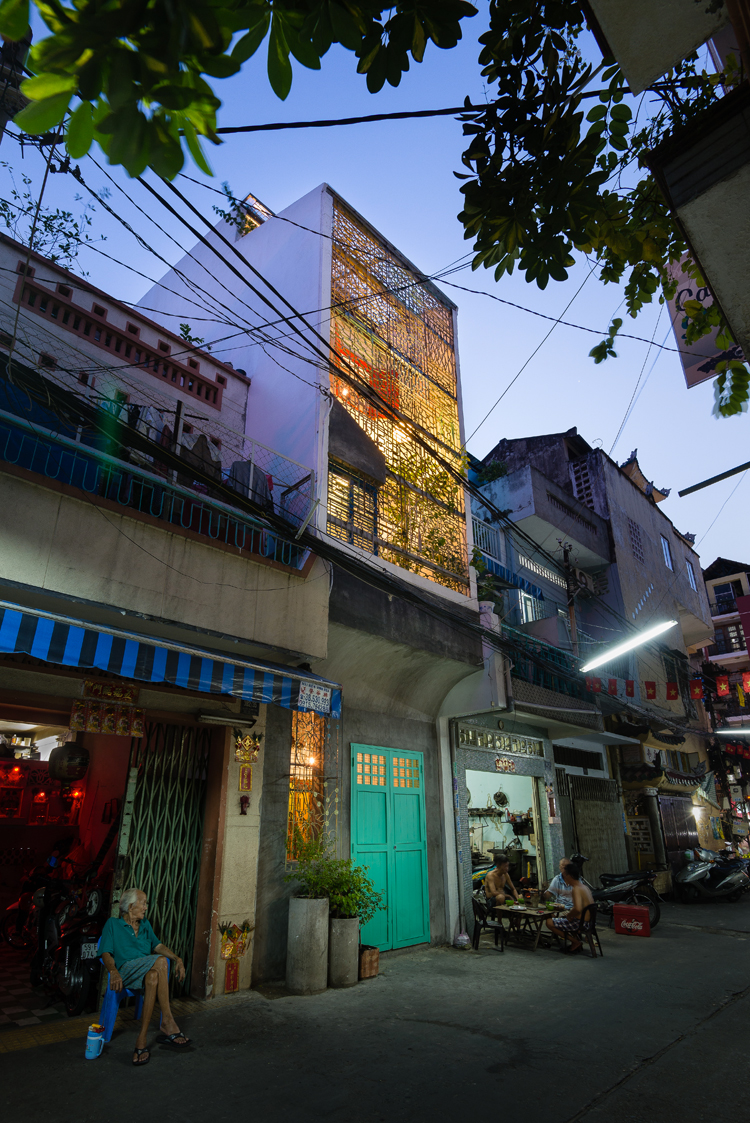 The owner of Saigon house is the one who loves Saigon and she hates living in a Western liked houses, which become popular in the city. She wants the house is a gathering place for her brothers and sisters those who used to live in the same roof and a meeting place for grandparents and their kids.

Moreover, inspired by the Van Duong Phu story, she would like this house to be the place where she can share her memories about the furniture, the stuffs that she collected to the kids so that they know how to cherish the place where they grow up. Therefore, the kids are the main factors that the design team aimed to; “we would like to make a strong Saigon characteristic place so that they can be familiar with this place and the adult, as the activator, throughout the stories, to help raising the love in kids,” explain the architects. 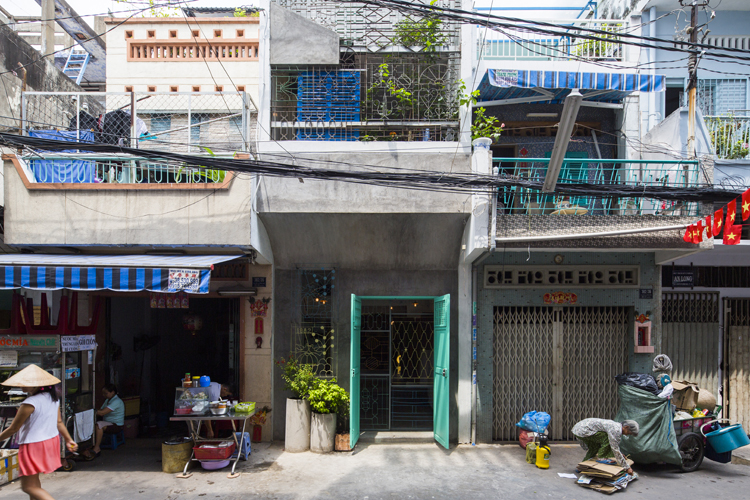 Saigon is used to be familiar with slope roofs, courtyards and flowering balconies. Moreover, it is also well known with alleys that is full with coloring blocks in rich materials. This is not only the place for communication but also a playground for kids. These are chaotic but deep in culture.

Saigon house is also appeared with coloring blocks floating in common area and all are covered by steel frame that later grown by plants. Especially, the spaces are small enough for them to do their private activities, otherwise, they easily get attracted by the sounds, images from outside and get out, connect to others.

The common area is working as an alley, where family members are interacting and building their relationships, where all they can experience the changing in a days, changing in seasons. Those are very rare in the modern society, which is lack of love, communication and nature. 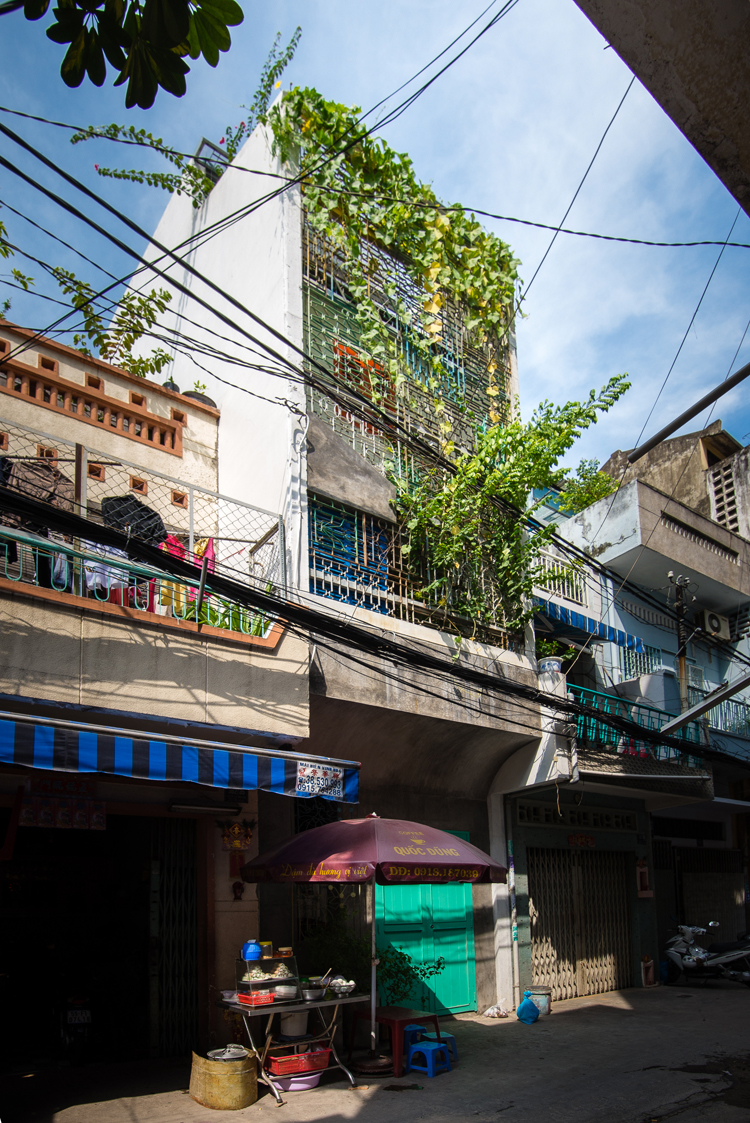 Furthermore, the house is taken shaped by the furniture, stuffs collected by the architect and owner. Most of them are from demolished houses in Saigon.

Besides the beauty of old things, a21studio also found the spirits of the second hand stuffs, those which have their own stories and reasons to reborn in the places where they need them most. And these are being carried to the kids throughout the stories, activities in the house to know house to cherish their house more. 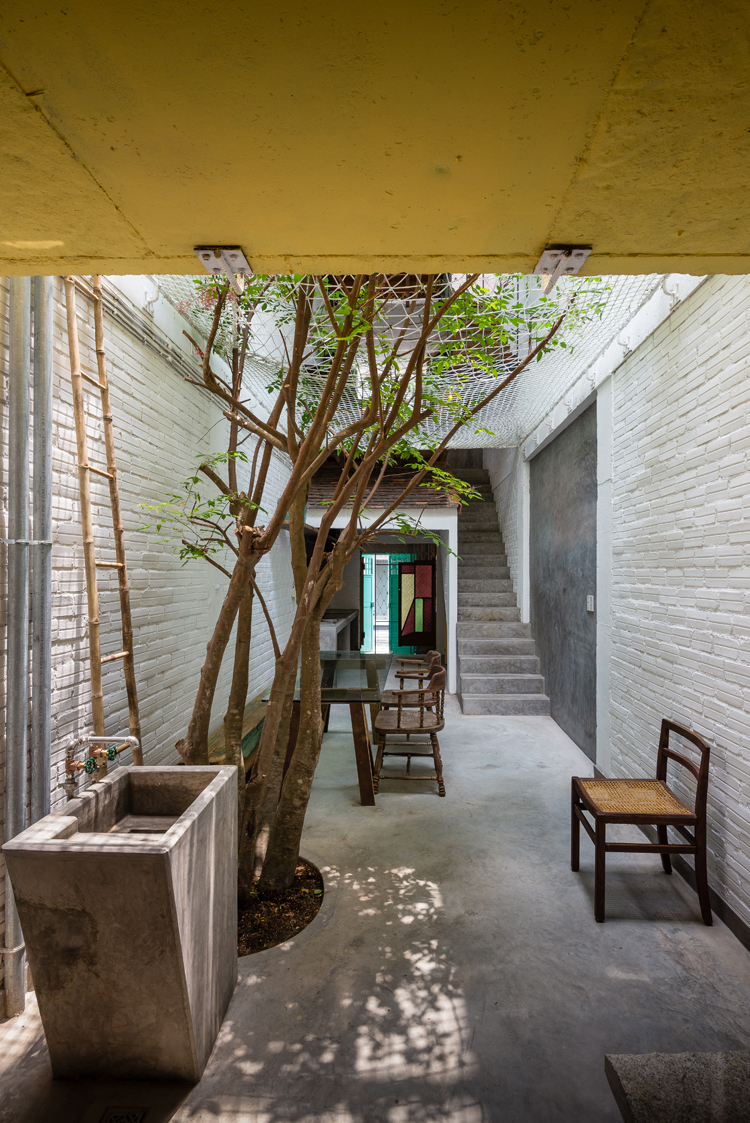 “The lost of Van Duong Phu is not the only lost of Saigon. It can happened to anyone, anywhere and at anytime, the lost of old good things that we tried to save for our children,” explain a21studio. “As designers, we would like to use our architecture, the house in this case, that material and spirit value can be maintained by loves of the ones who live in it.” 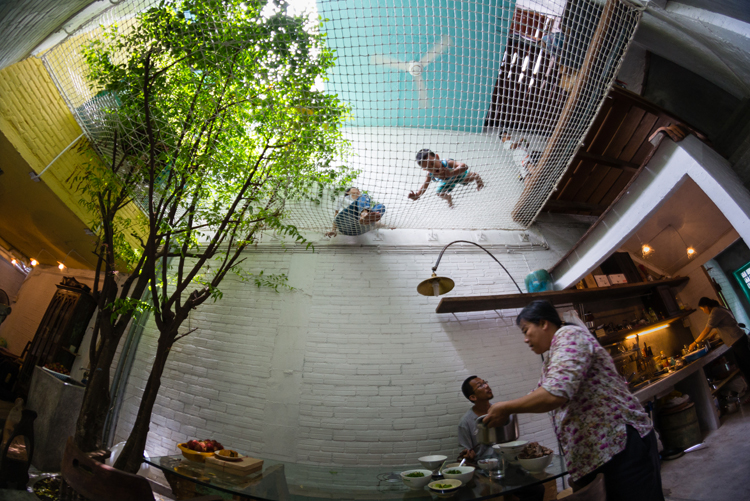 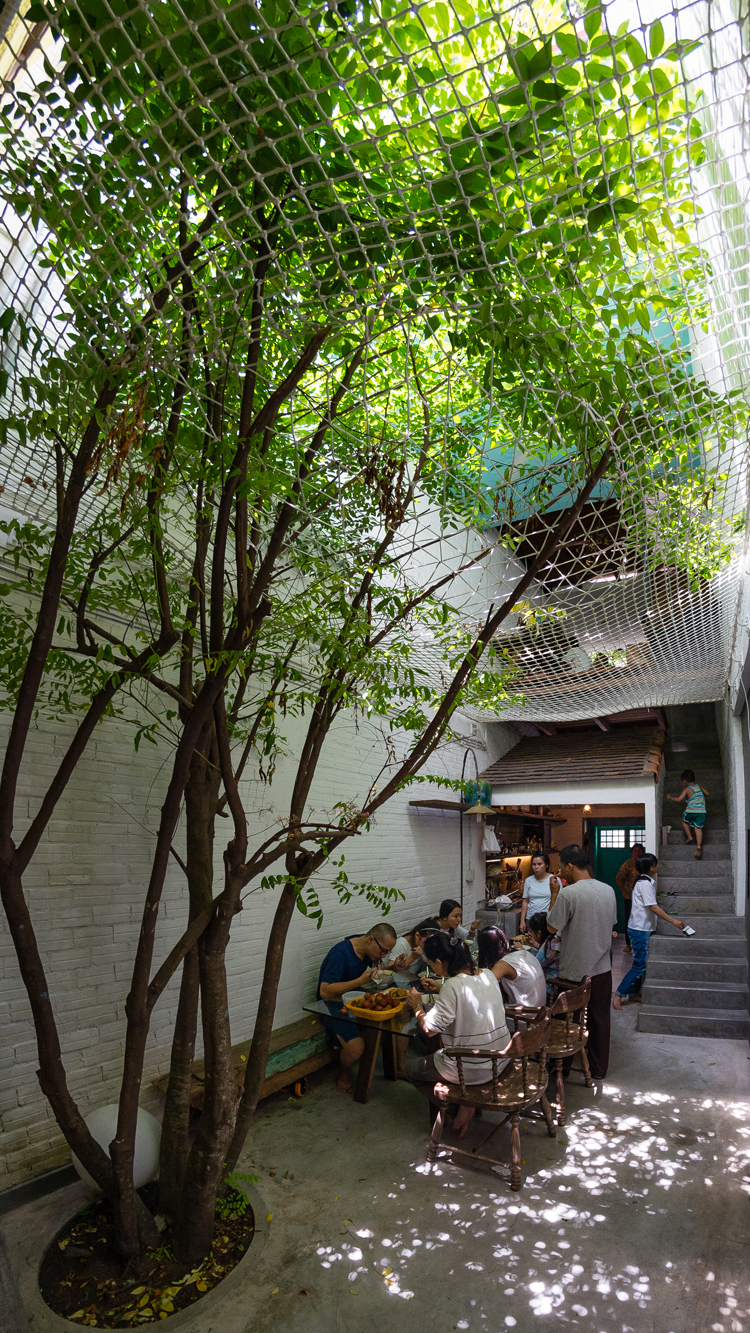 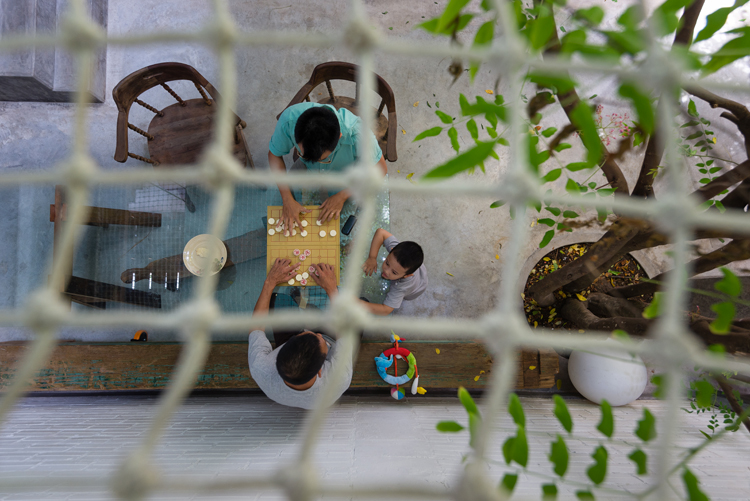 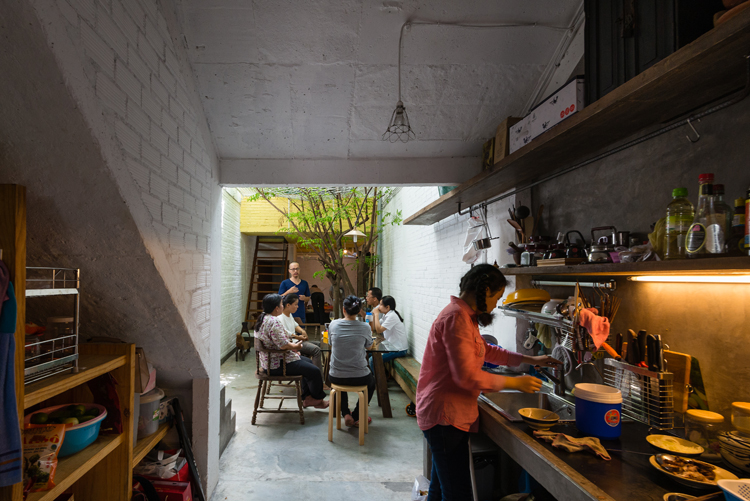 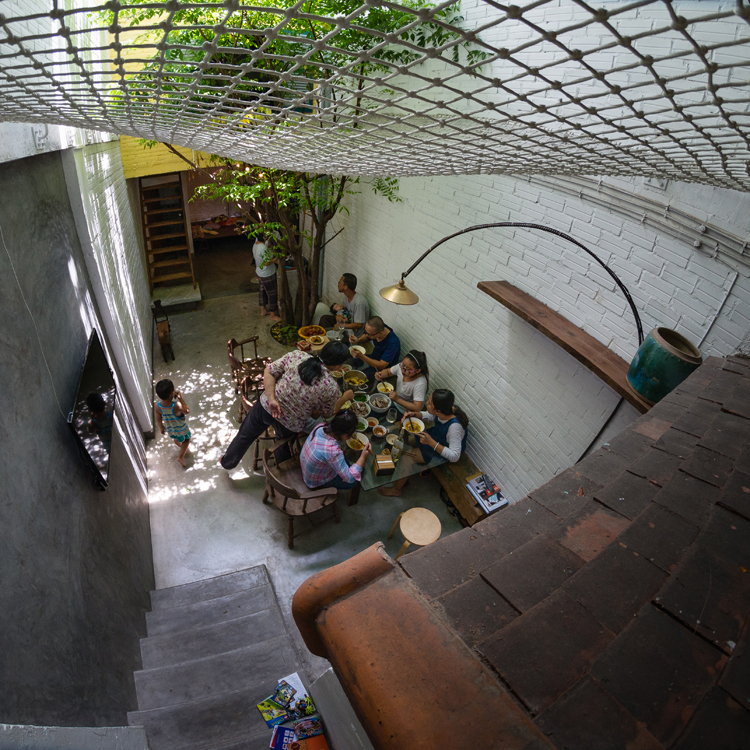 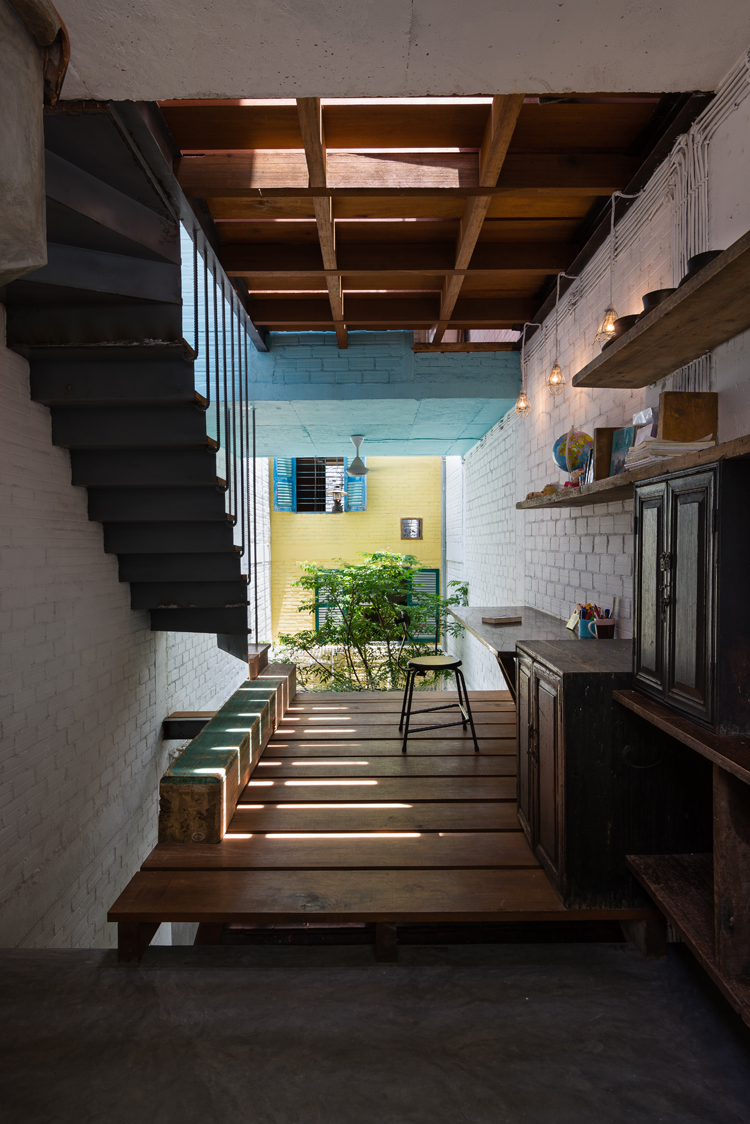 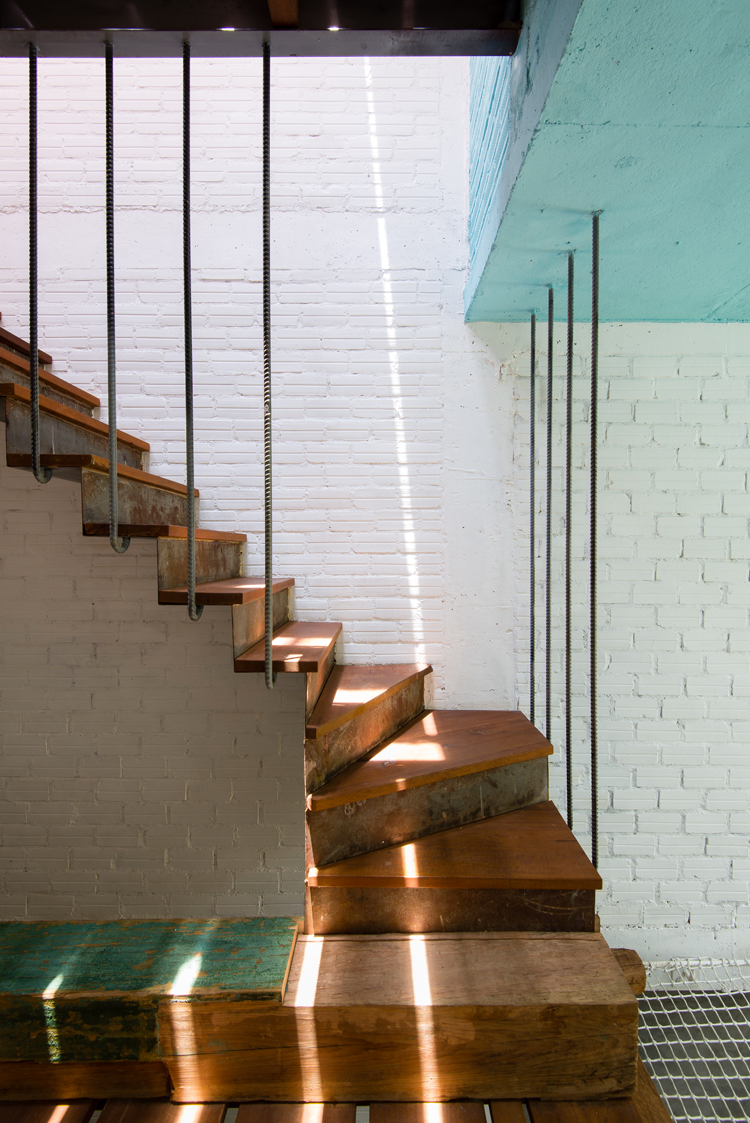 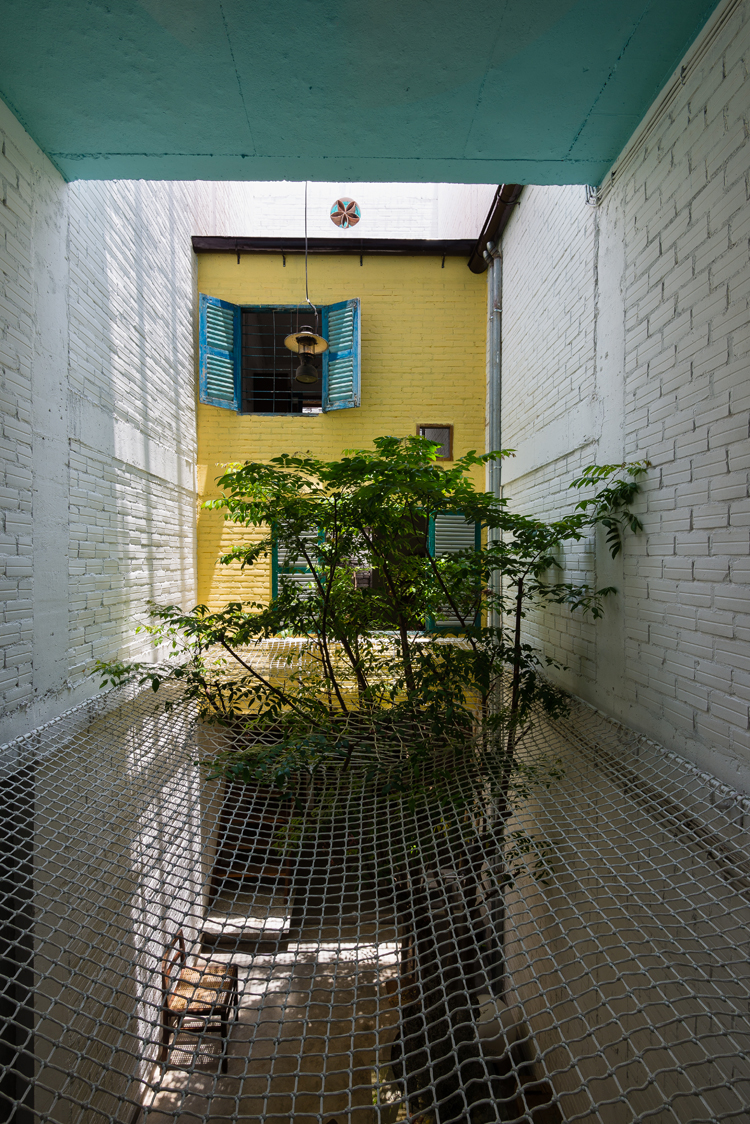 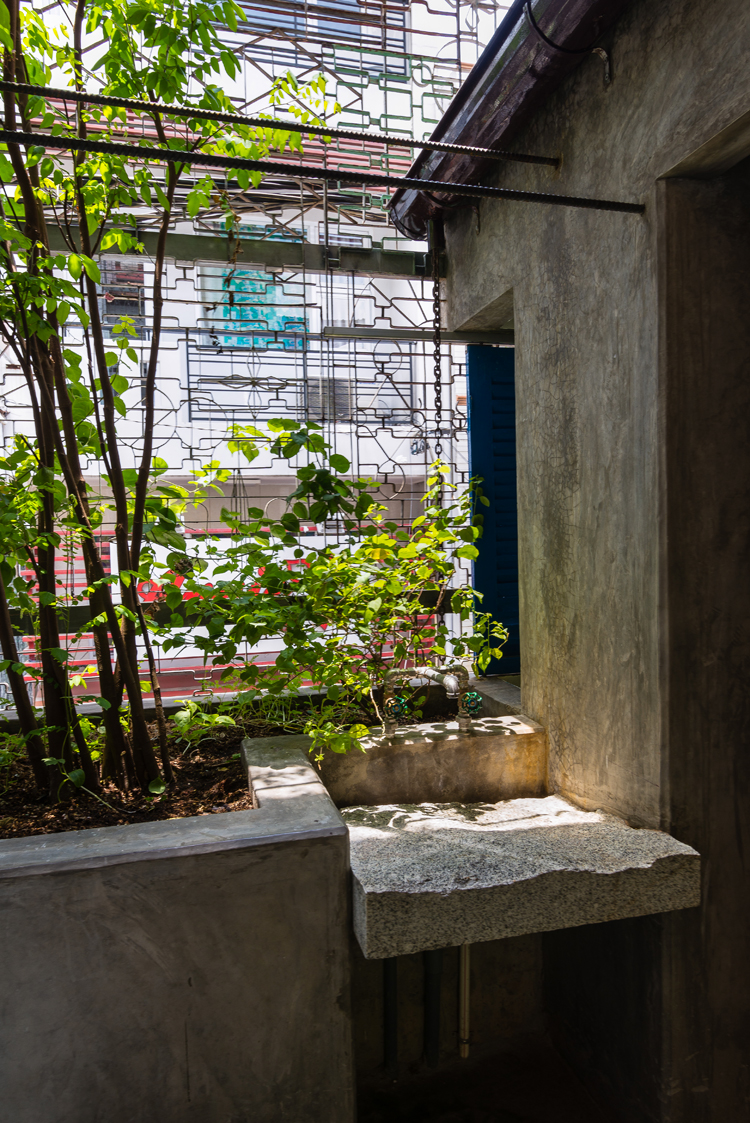 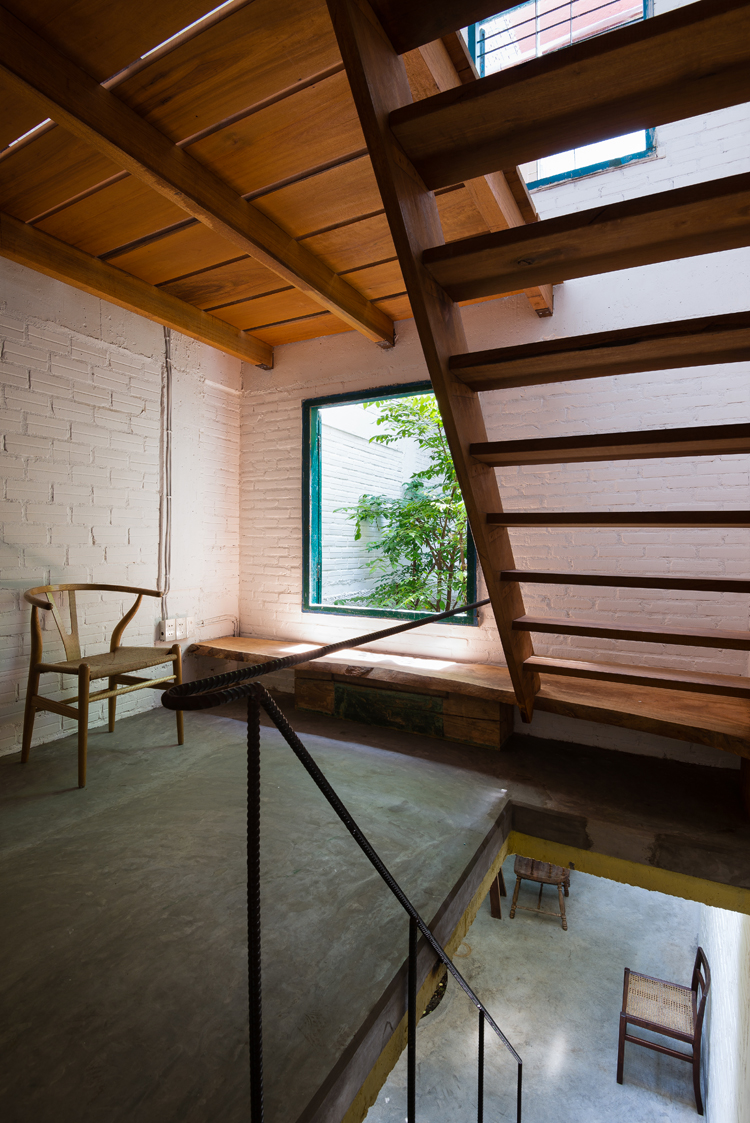 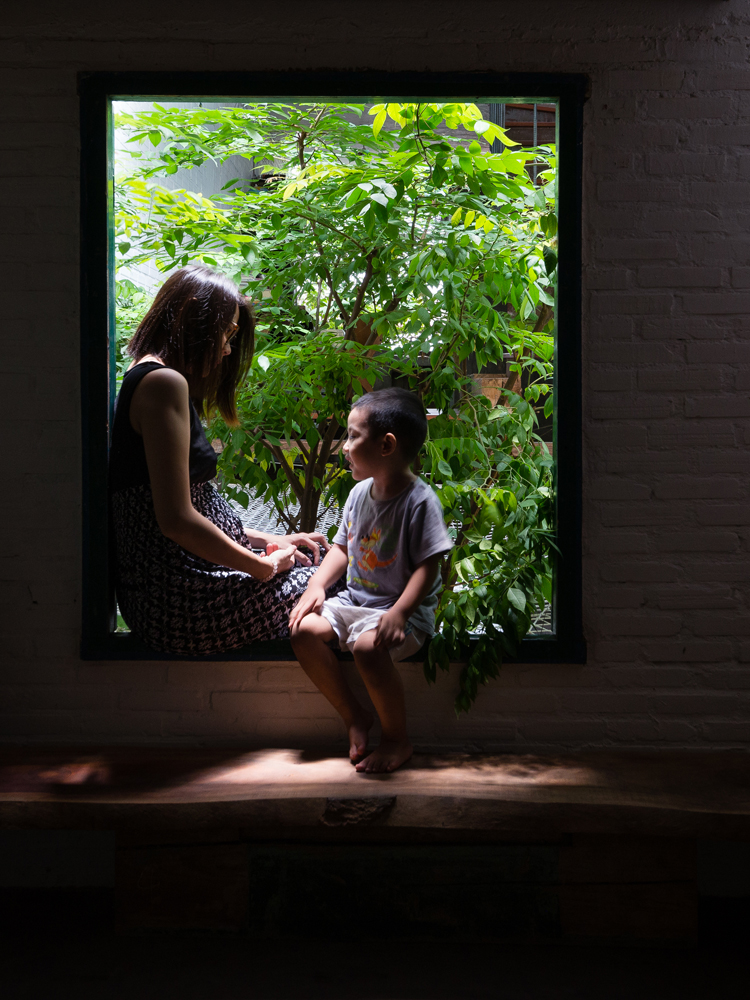 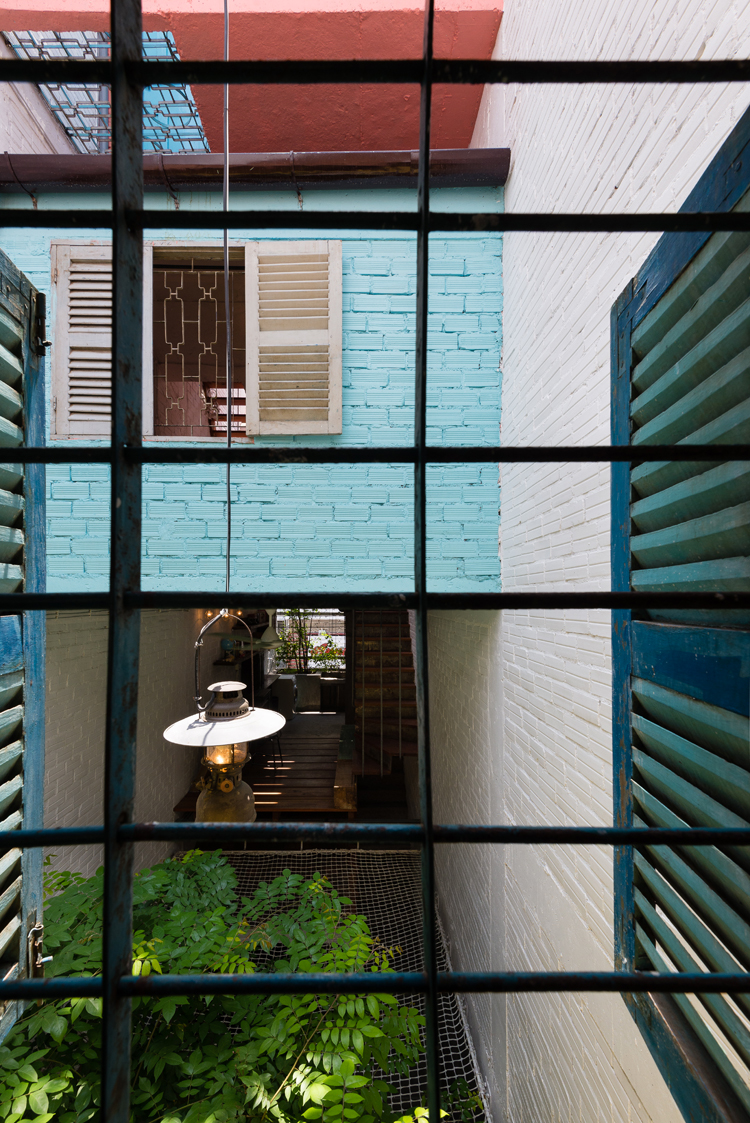 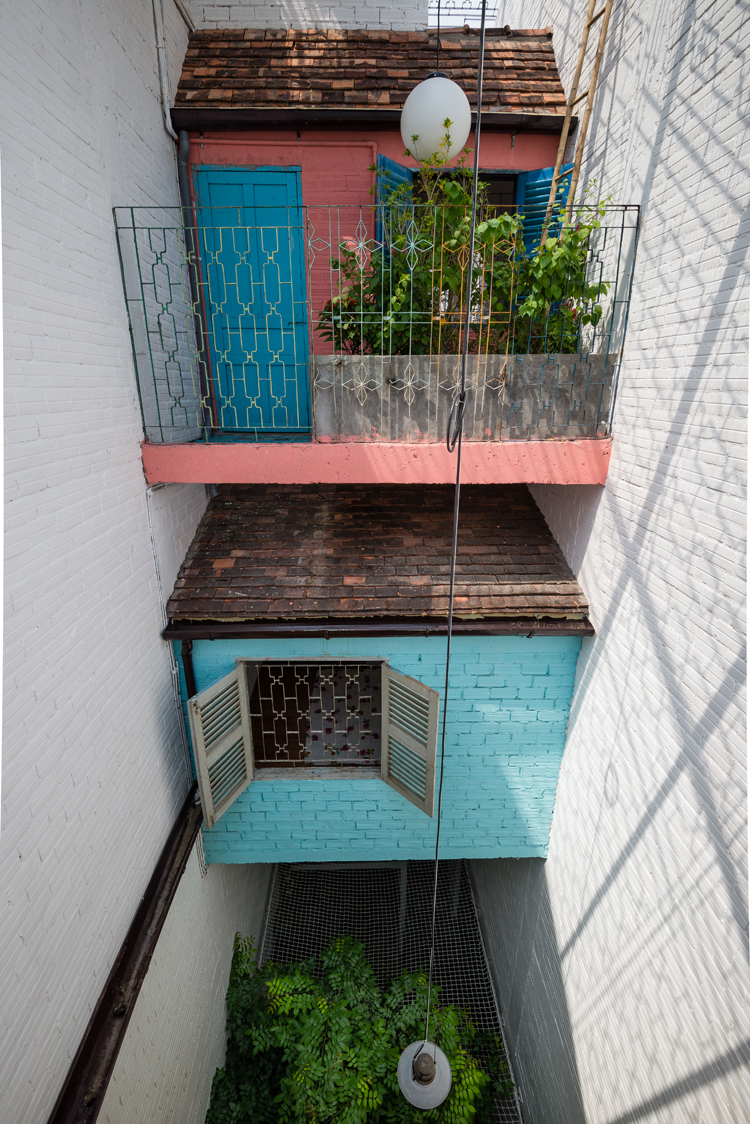 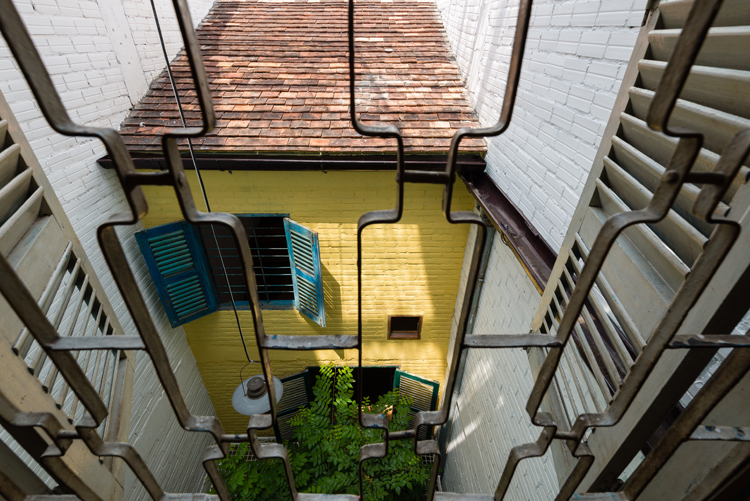 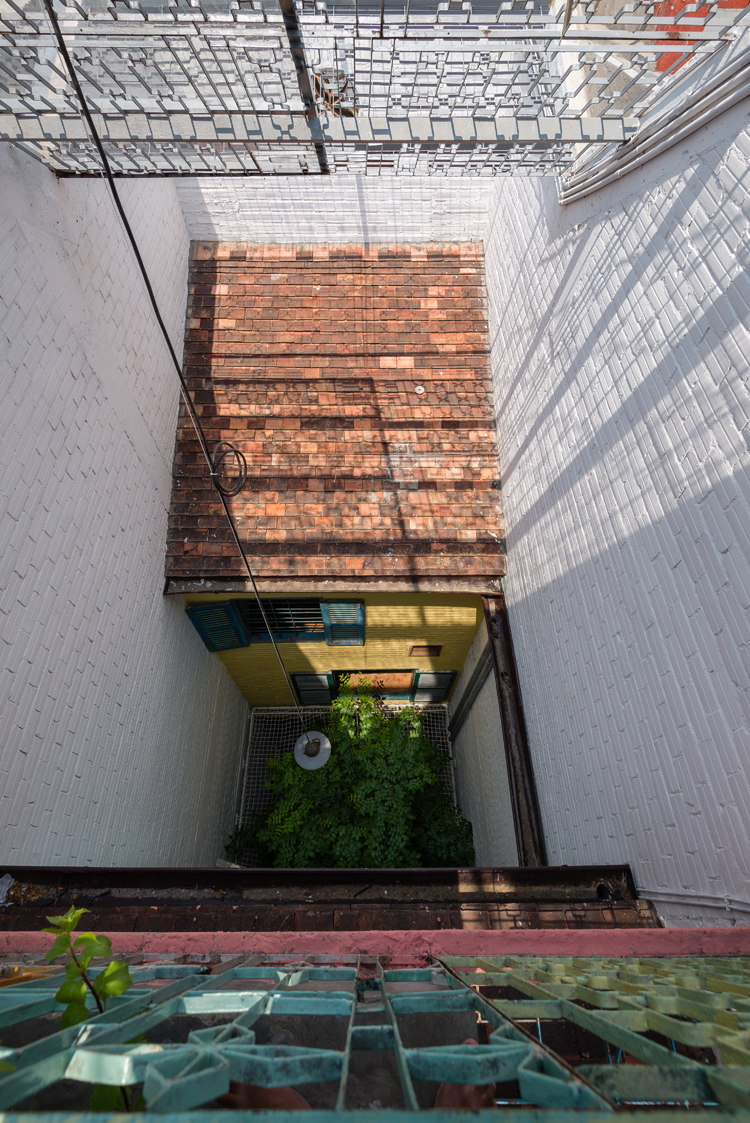 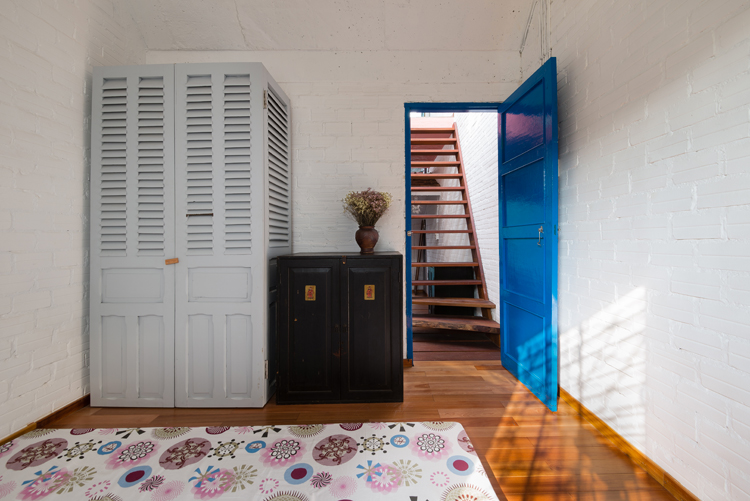 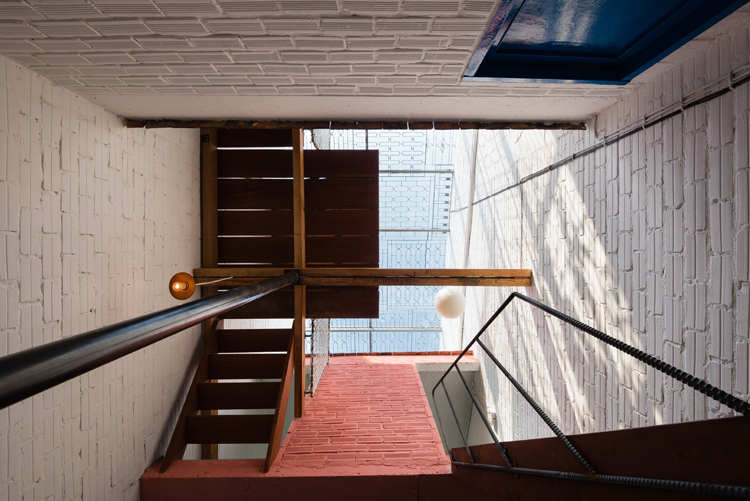 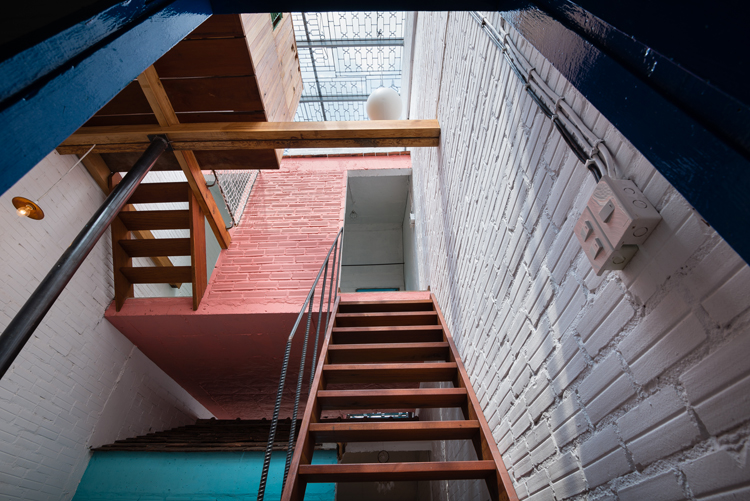 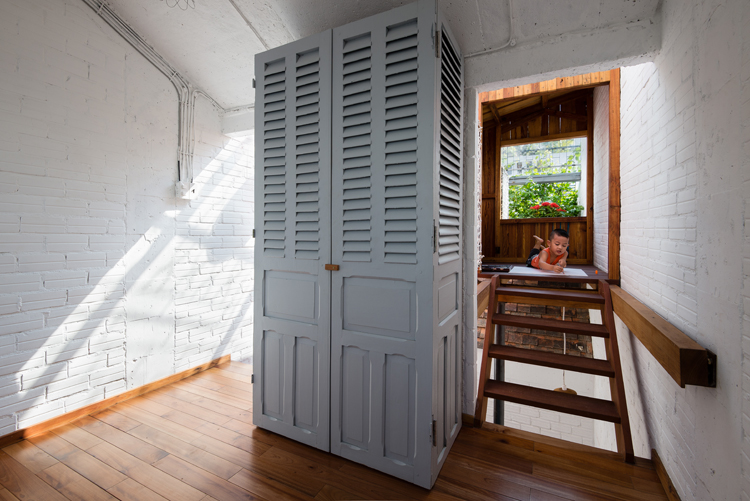 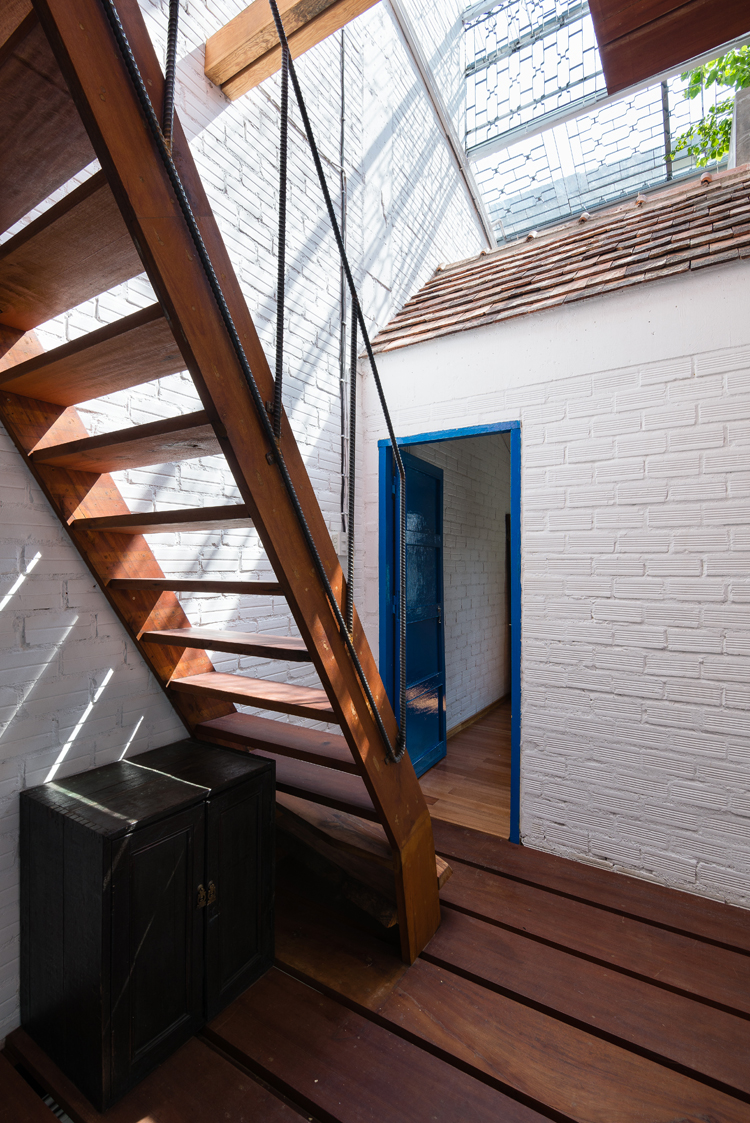