Located near Bastille, Les Dada East hair salon occupies the ground floor of a building constructed during Georges-Eugene Haussmann’s renovation of Paris in the late 19th century. Edoardo Seghi has created a salon that offers more than haircuts, but also cultural events such as art expositions and openings. He offers an atypical atmosphere and exclusive service. Edoardo commissioned local architect Joshua Florquin to create his 2nd salon in Paris. 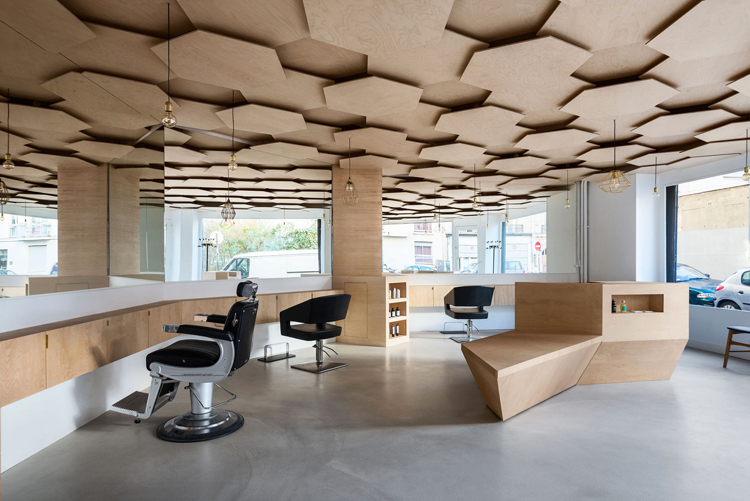 The six-sided surface of the new salon is located on a corner of a Haussmanian early 20th century building with three large windows that reveal a street intersection and a beautiful adjacent herb garden.

Les Dada East uses the nature inspired cosmetic brand Davines. This leading concept continues in the interior, which represents a forest on a sunny day. You enjoy your haircut, surrounded by the trees and the natural light that flickers through the leaves. 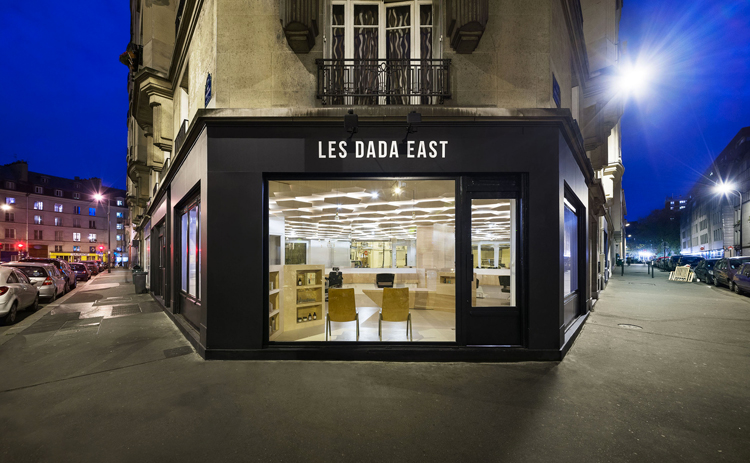 This environment is created by a three-layered birch plywood hexagonal ceiling with integrated lighting, which represents the piercing sunbeams. This hexagonal overlapping grid reminds us of the alveolar pattern bees make while making honey.

The structural pillars, coated with birch plywood, represent the tree trunks. A mirror wall opposite the windows visually doubles the space. It also reflects the ceiling and the city, with its typical Parisian yellow sandstone. And most importantly, it offers a visual continuation of the adjacent herbal garden into the salon.

The concept is being continued to the exterior, as the mirror offers the passers a beautiful reflection of the ceiling. The facade is painted indigo black, in order to create a contrast with the birch forest ceiling and its custom furniture elements in the interior.

The salon is divided into three areas. The entrance with register and waiting area is visually separated from the coloring area with washing stands and massage chairs. The cutting area is located in front of the mirror walls, hence opposite the windows This overall concept offers the opportunity to get a haircut in a relaxing environment, inspired by the beauty of nature. 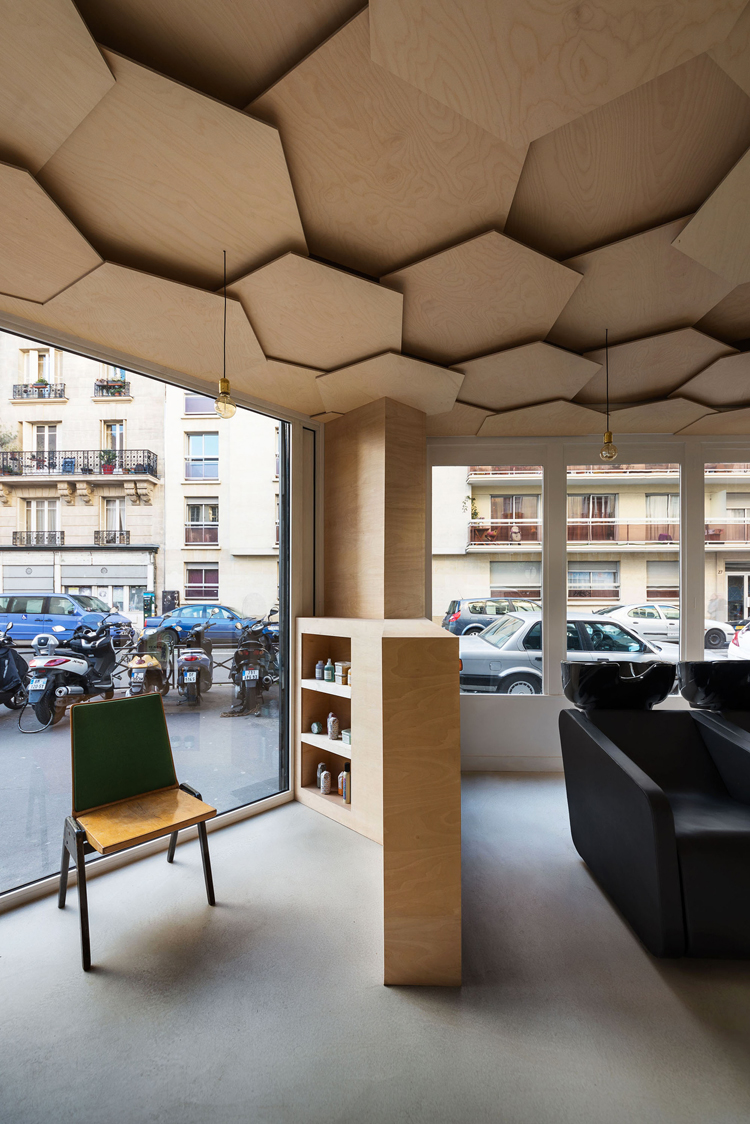 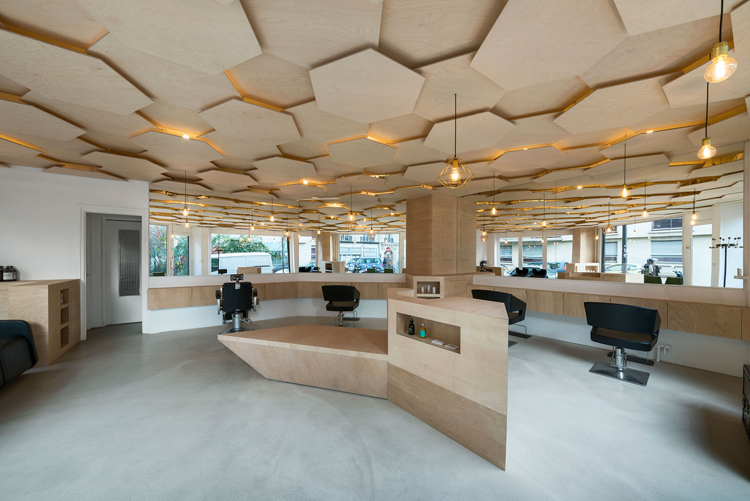 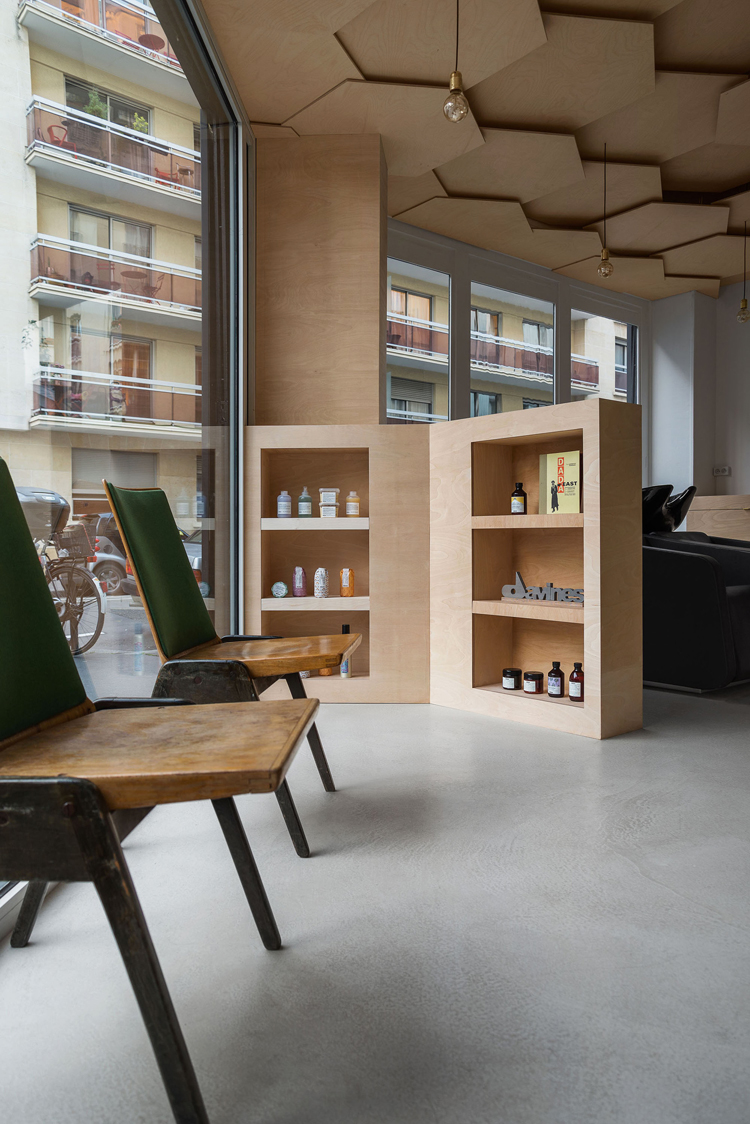 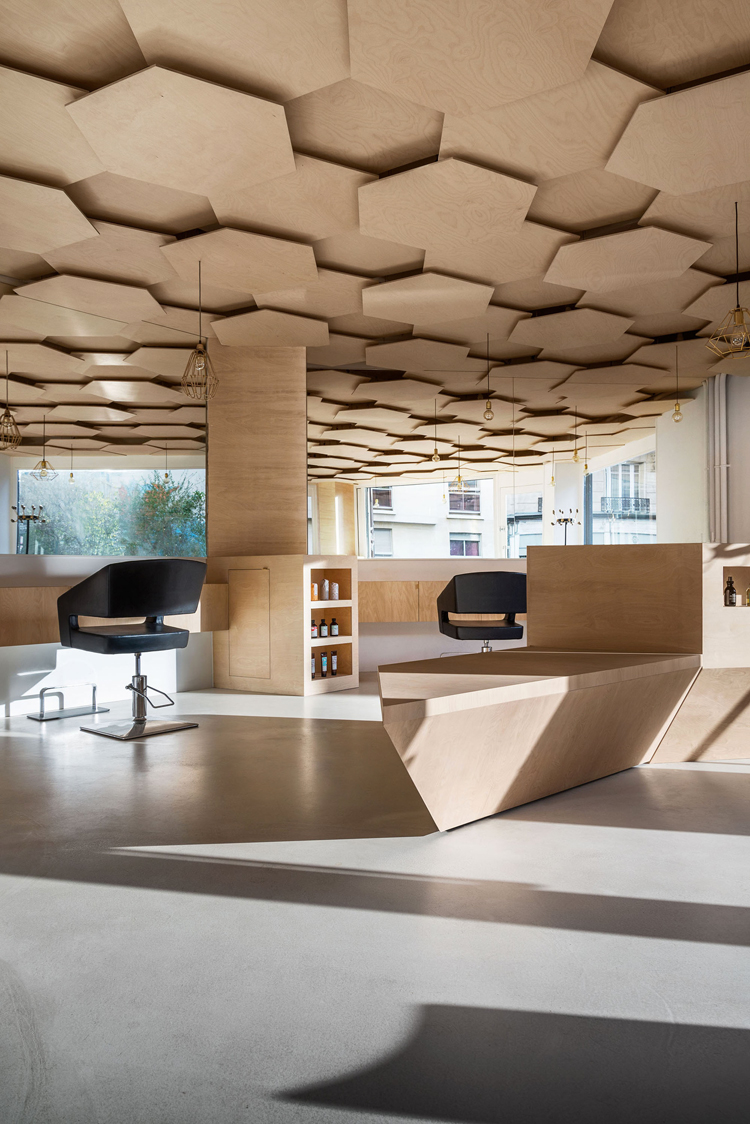 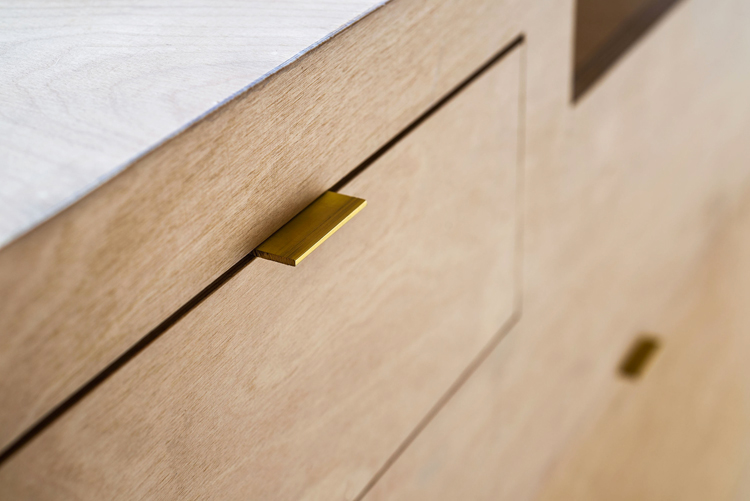