Designed by Rome-based office SET Architects and built in less than two months, the Bologna Shoah Memorial is conceived to make visitors empathise with the “feeling of oppression” experienced by Holocaust victims.

Located at the intersection of Via dé Carracci and Ponte Matteotti, a city square encompassed by the newly installed high-speed train station of Bologna, the monument attracts passers-by, inviting them to reflect on the tragedy of the Holocaust. 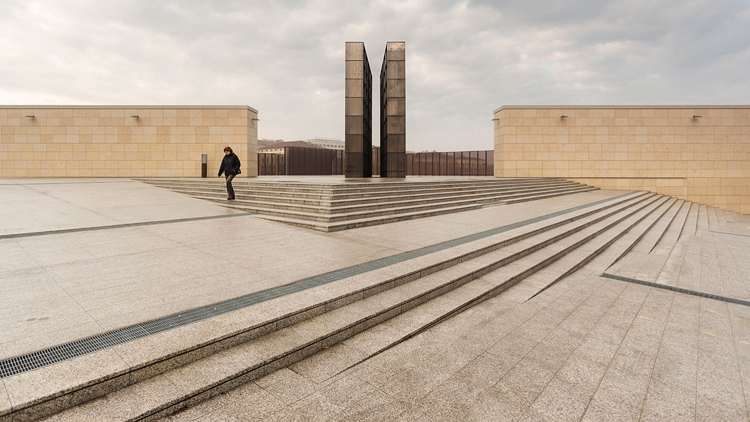 The Memorial is made up of two symmetrical corten steel parallelepiped blocks of 10x10m each; the blocks sit adjacent to one another, perpendicular to the existing walls of the square. Their position converges to create a path, which begins with a width of 1.60m, drastically narrowing to just 80cm. The path generates an immediate feeling of oppression. 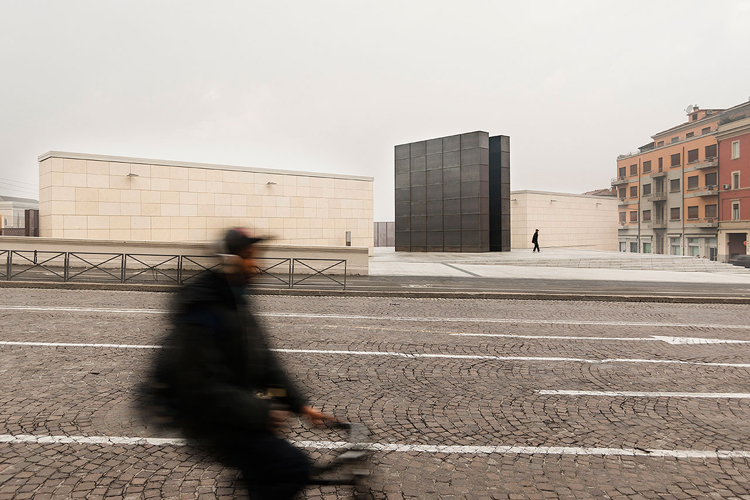 At the interior of the Memorial, the volumes present a grid of horizontal and vertical metal sheets which intersect at 90°, giving shape to a series of rectangular empty boxes of 1.80 x 1.25m – these boxes represent the cells of the dormitories in the concentration camps. The exterior facade of the Memorial overlooks the city, resembling a blank page – perhaps it is of a history yet to be written? And, along the perimeter of the cells, slight steel protrusions symbolize feelings of contemporary awareness. 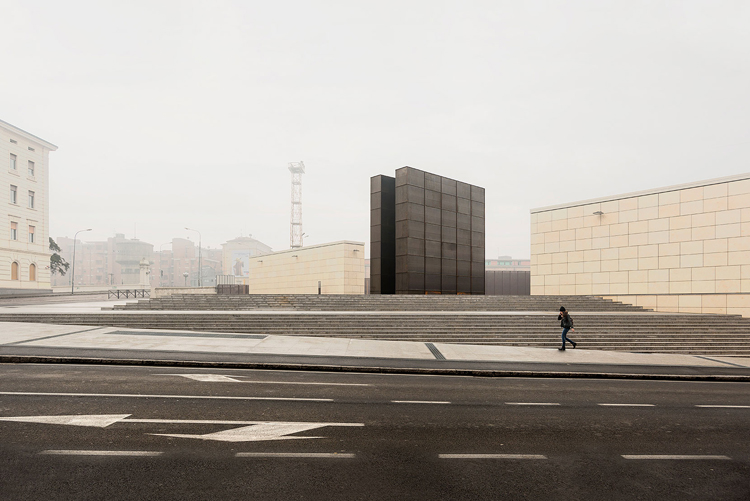 The choice of corten steel is deliberate: it is a material that will naturally rust when exposed to open air. As the years pass its corrosion will display the vestiges of time, demonstrating that all things have a rich history behind them. The paving of the path between the two blocks is realized in ballast, basalt stone chippings typical of the roadbeds. This represents the Judenrampe (“ramp of the Jewish”), which was the name given to the trek prisoners made from Auschwitz I (Stammlager concentration camp) and Auschwitz II (Birkenau one). 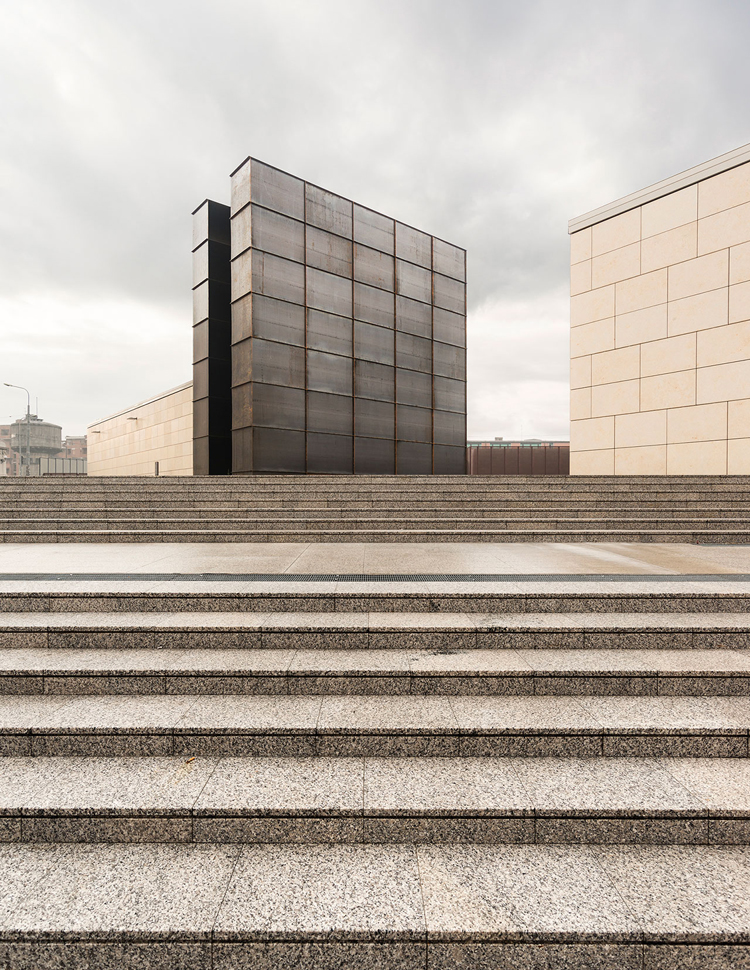 The empty echoes of footsteps across the stones coupled with the restriction of the passage instills a keen sense of anguish: in this way the Memorial takes on life and evokes the drama of the memory. Further, light plays an essential role in the culmination of the monument. During daytime when the square is lit by sun’s rays, the passage becomes immersed in a dim, contemplative light, allowing the visitor to calmly reflect. Then at night, strategically placed artificial light illuminates the primary volumes, magnifing the majesty of the Memorial.

In total, the Memorial, distinguished by its historical ambition, abandons rhetorical and didactic conventions in order to emphasize the importance of emotions: in this way SET Architects succeeded in designing a monument that utilizes present sensibility to narrate the past. 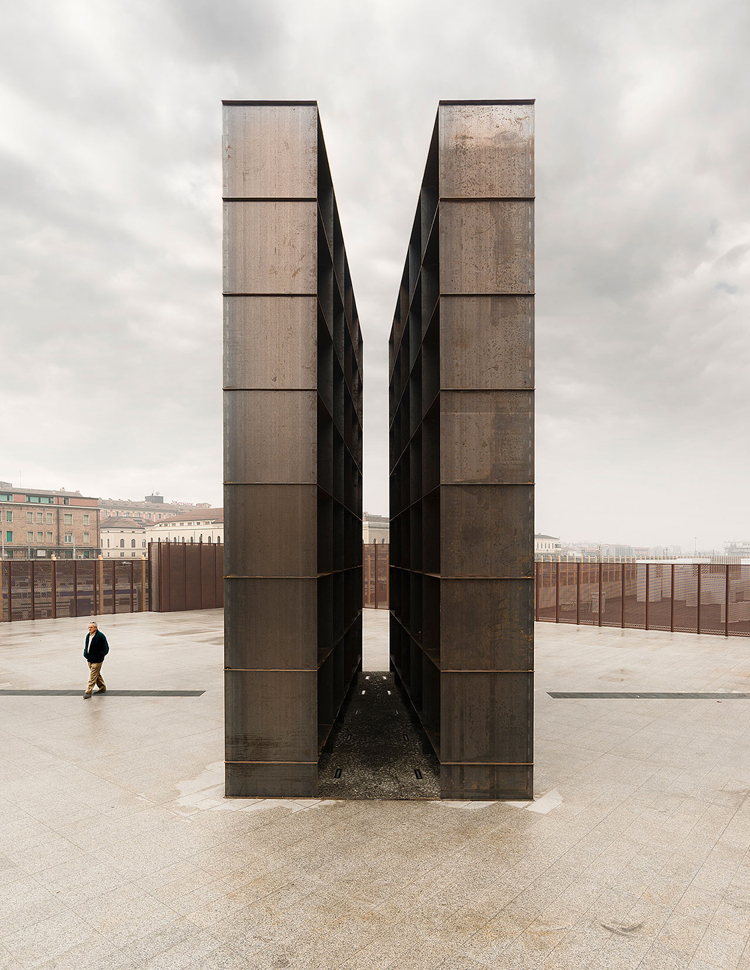 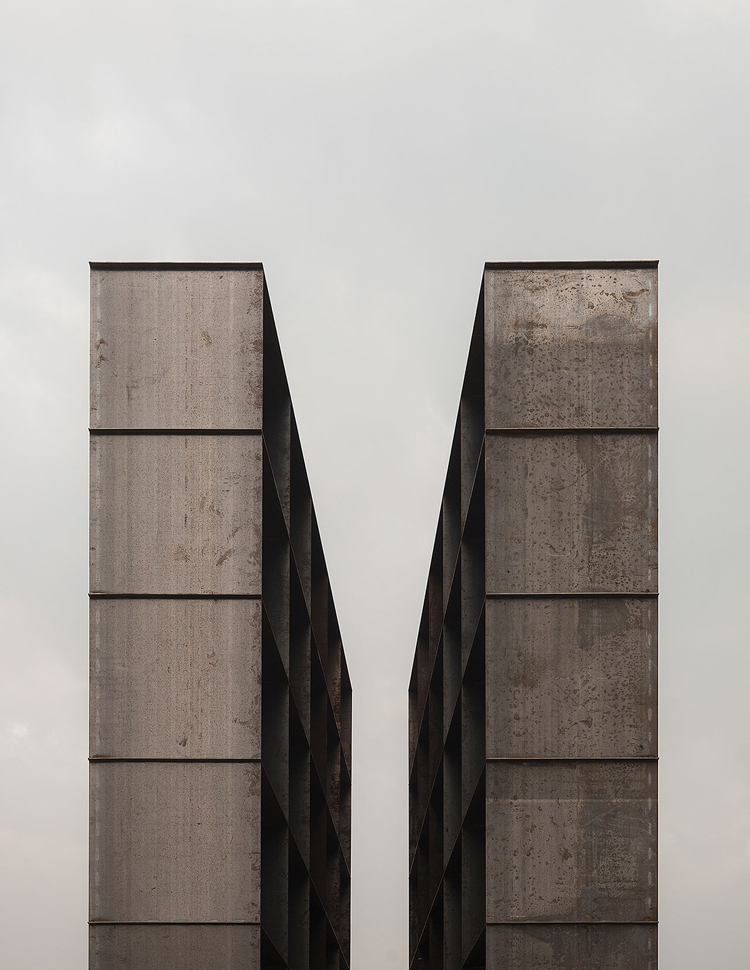 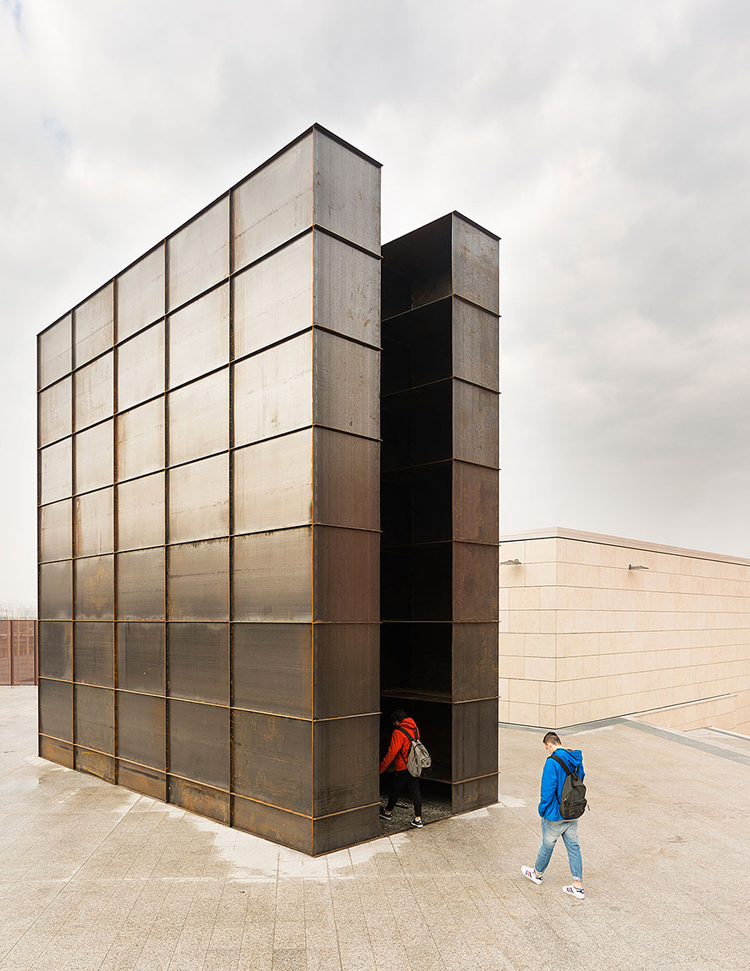 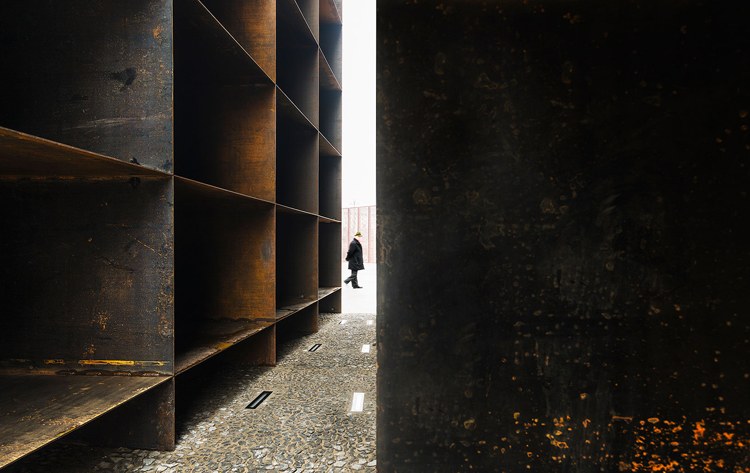 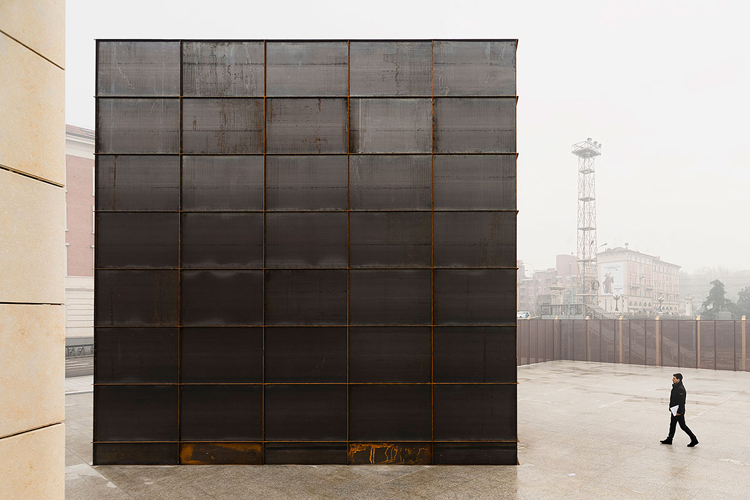 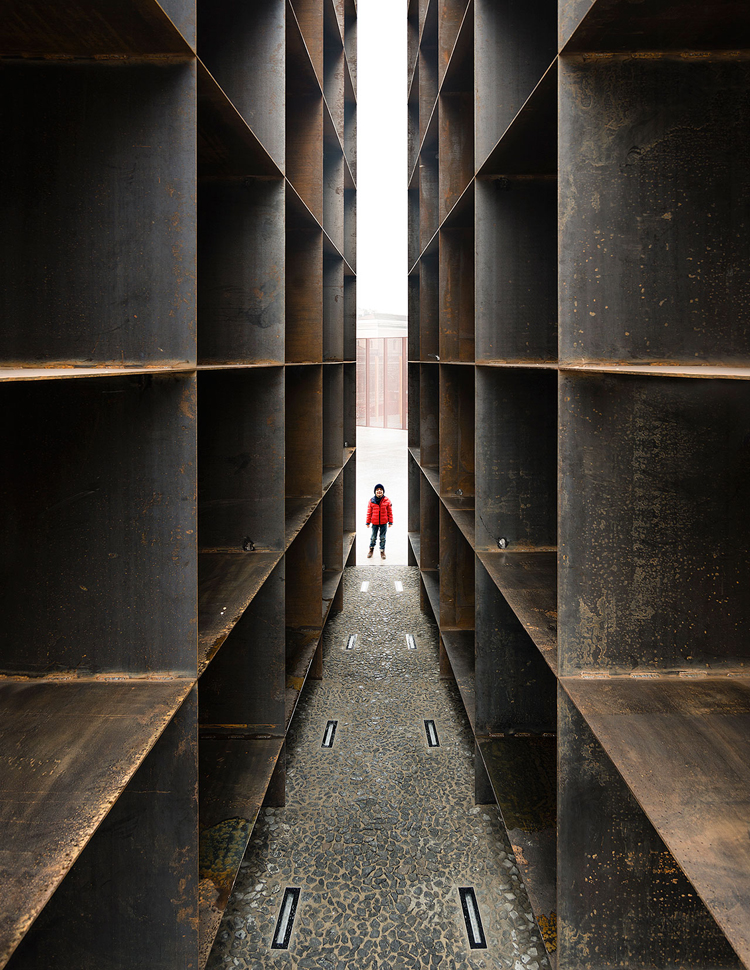 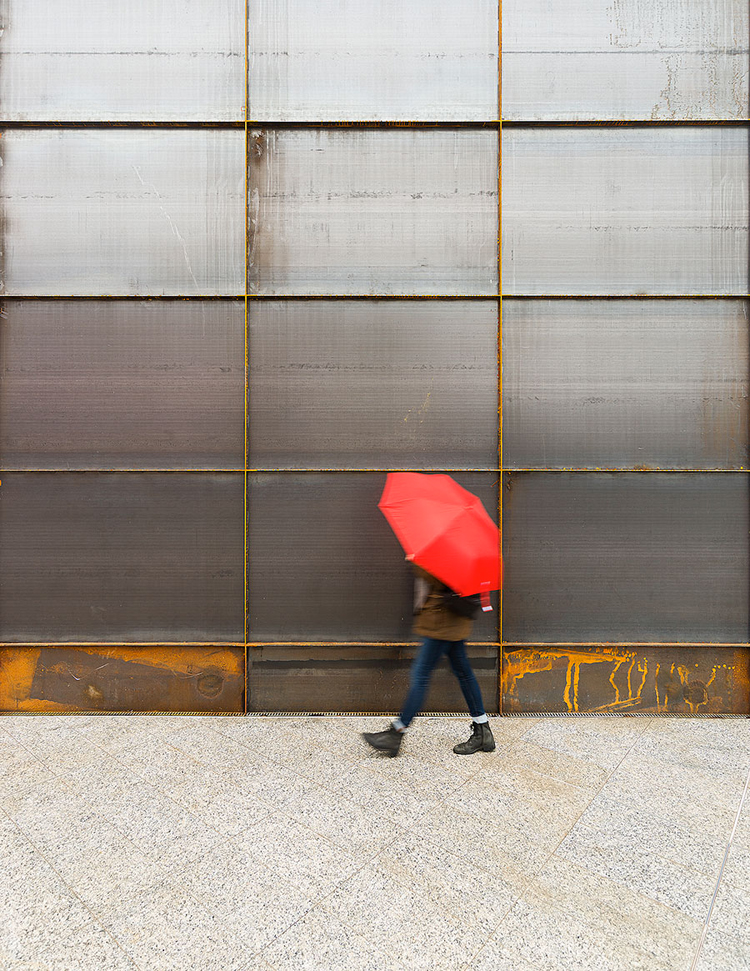