With the aim to give “just the right amount of space” to its inhabitants, Australian studio Austin Maynard Architects has conceived this compact house in Melbourne. Named ‘THAT House’, the design is a response to the indulgent scale of sprawling Australian homes, which are among the largest in the world. “A stable economy, aspirational culture and relatively flat topography have enabled Australians to occupy homes that are far bigger than they require,” explain the architects. “Melbourne’s flat landscape, loose topographical boundaries and rapidly growing population have meant that large homes have spread over the food belt and into arid areas.” 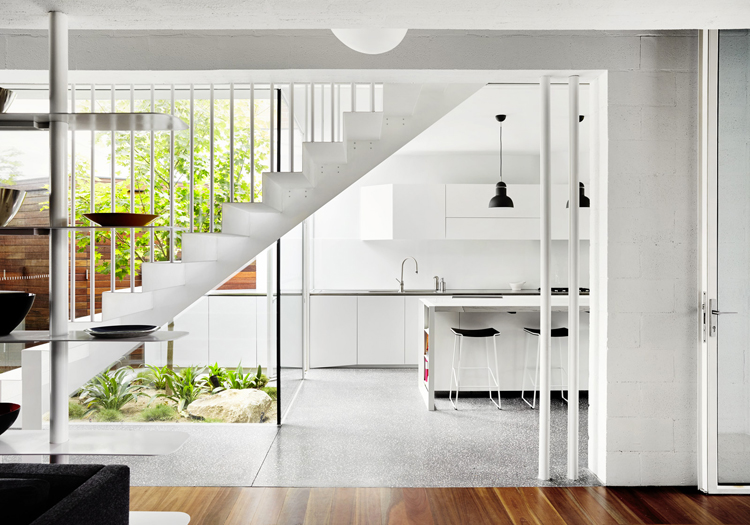 “By creating large openings and generous connections to the garden we aimed to make this modest-sized house feel abundant and broad,” they said. “The result is a home that is almost half the size of its neighbours without compromising liveability.” 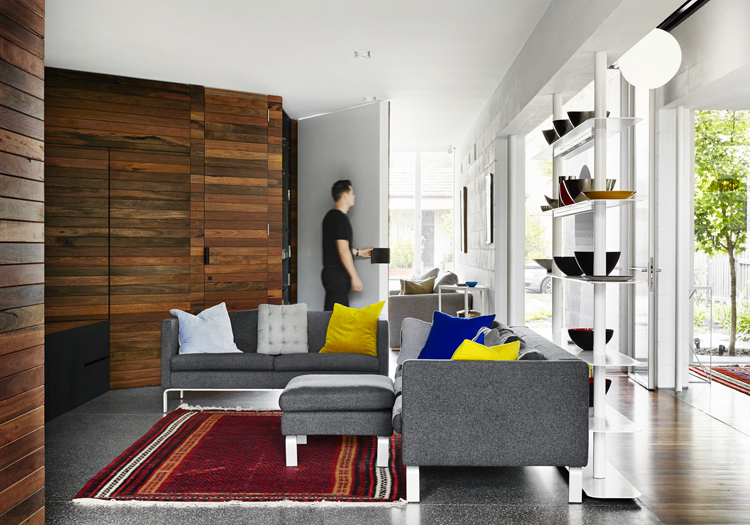 The clients wanted a home that opened up to the community, with large glazed openings, rather than permanently hiding or fortifying themselves. THAT House can open up to the outdoors, both private and public. Importantly a house that can be very transparent needs to be able to adapt to multiple privacy needs. Hence the architects have installed upwards blinds to give the owners control over their level of privacy. “An upward blind enables you to cut-out almost all view into a home while still being able to look out to the garden, and the street beyond,” explains the design team. “This gives control over all levels of privacy and intimate control over the light let into each space.” 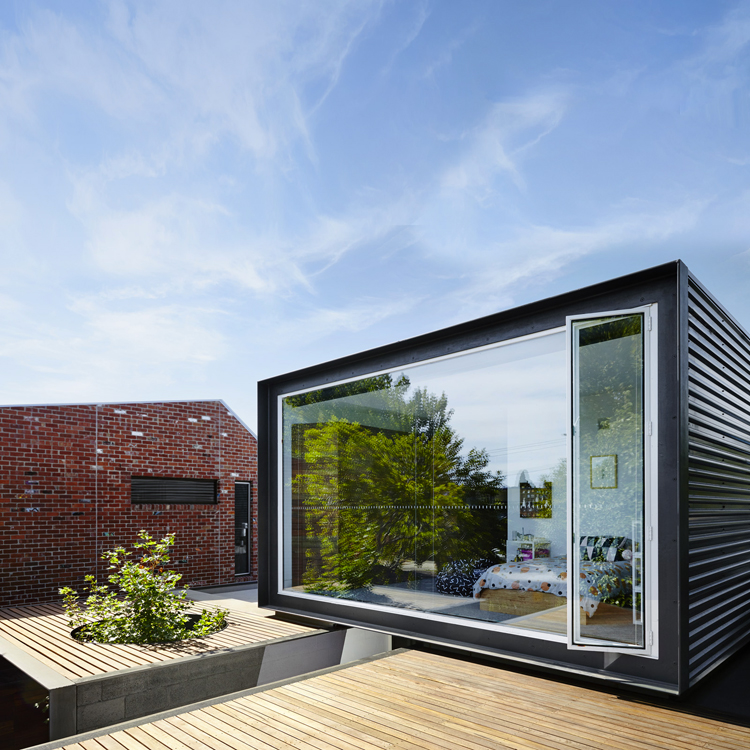 “We’re not fans of open-plan living. We also avoid completely enclosing rooms or functions,” adds Austin Maynard Architects. “We try to make the connection of each space adaptable and loose.”

The ground floor of THAT House is ostensibly open, however the arrangement of spaces allows the owners to be together, or secluded, or any level of engagement in between. For example, someone could be quietly reading in the study, whilst another family member watches cartoons in the sitting space, and two others are discussing football at the dining table. They are within a large, shared area, however it is not a noisy open plan, nor is it a series of enclosed cells. THAT House enables the residents to be as engaged or as removed from the family as much as they wish, at any time. 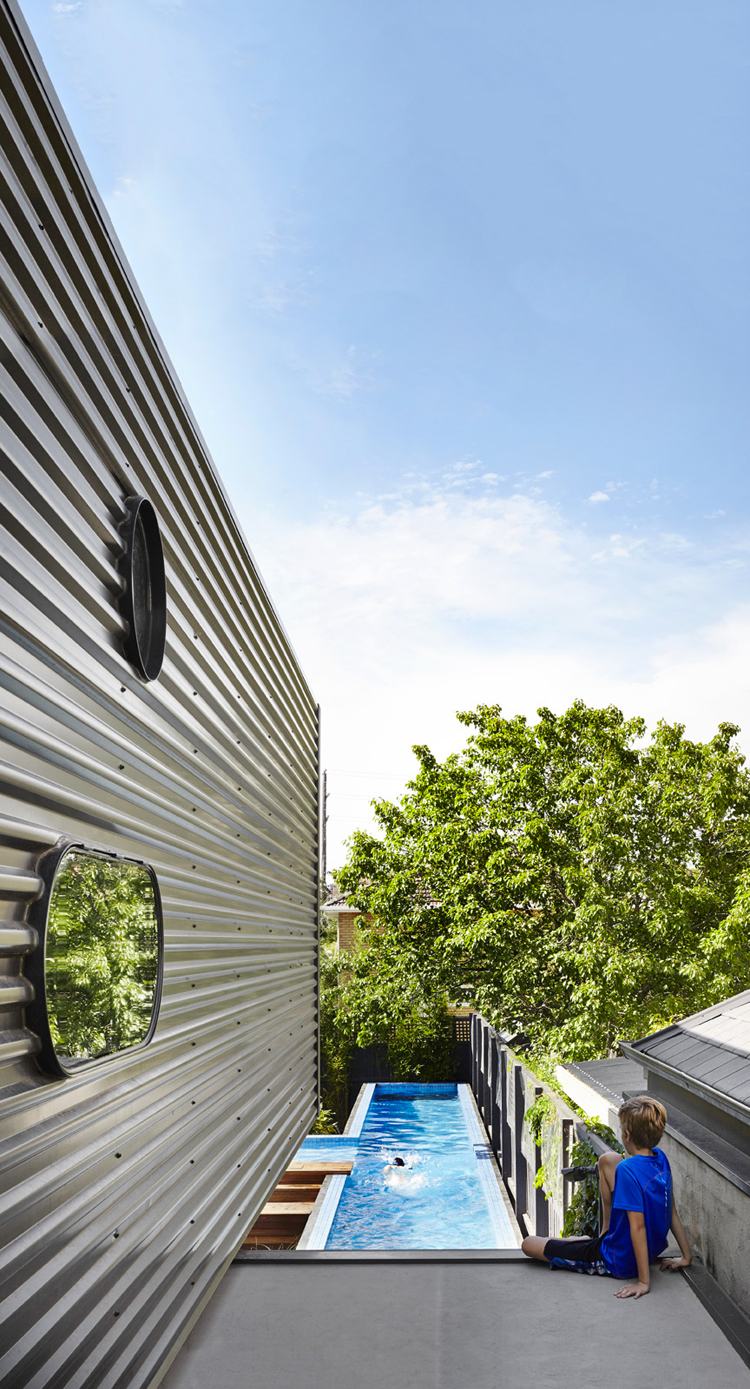 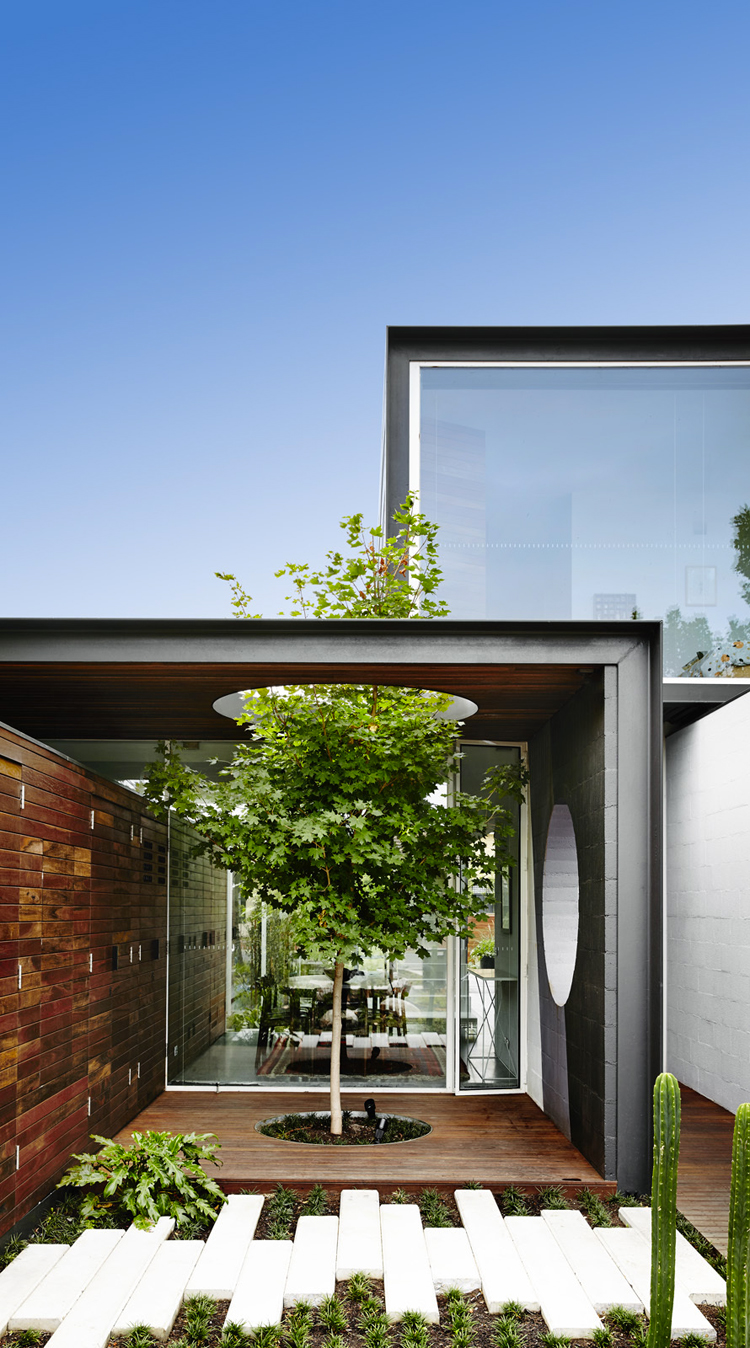 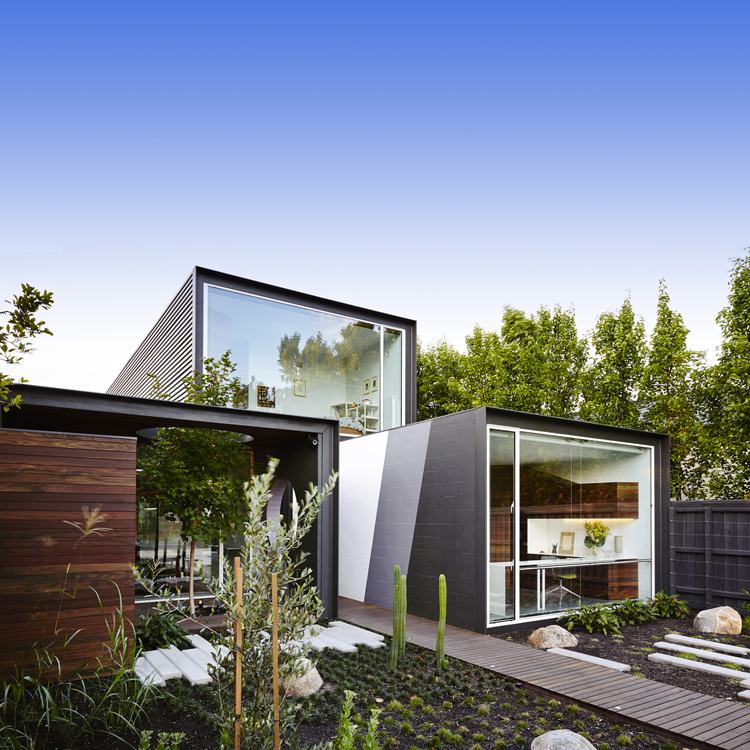 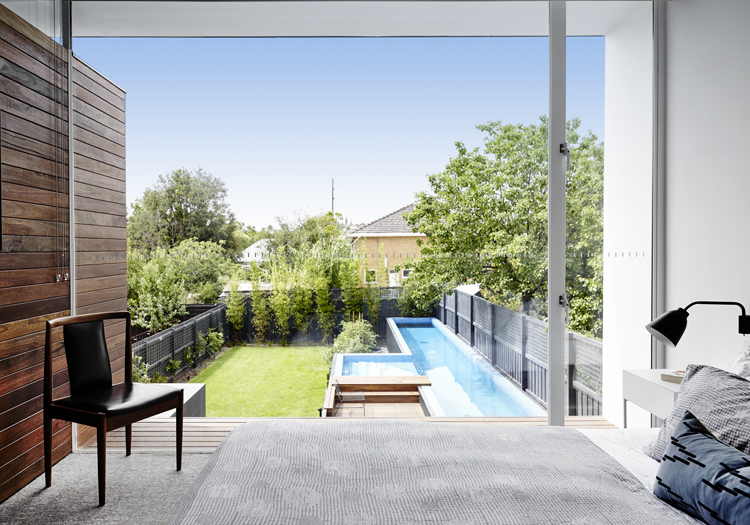 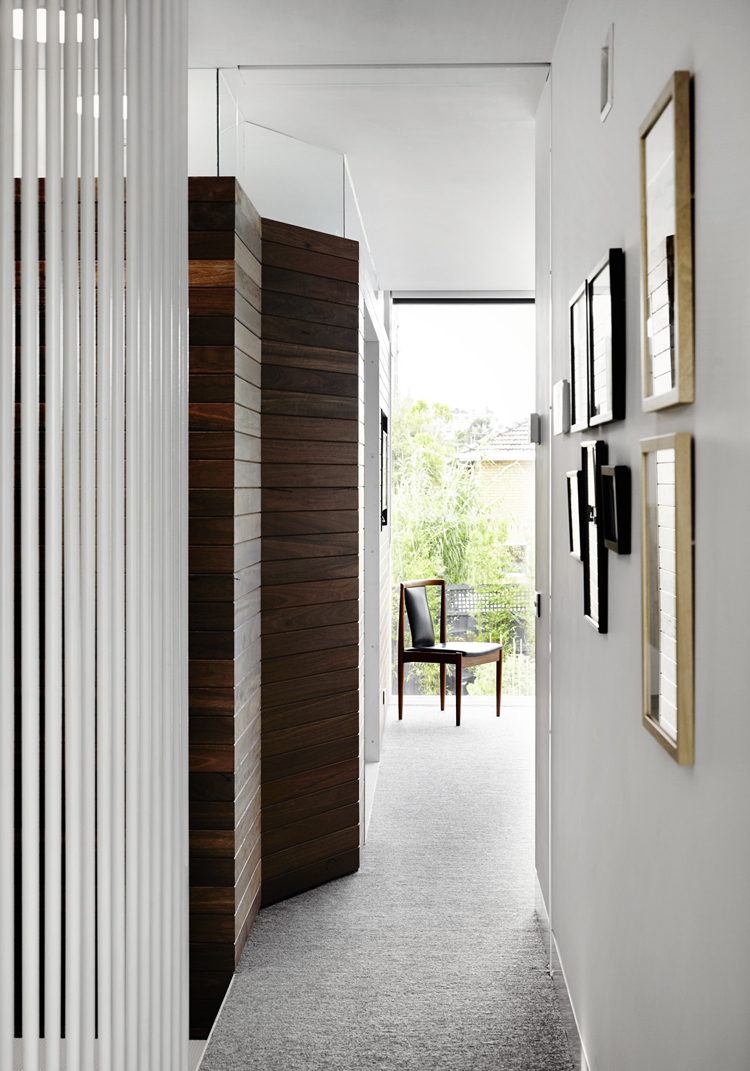 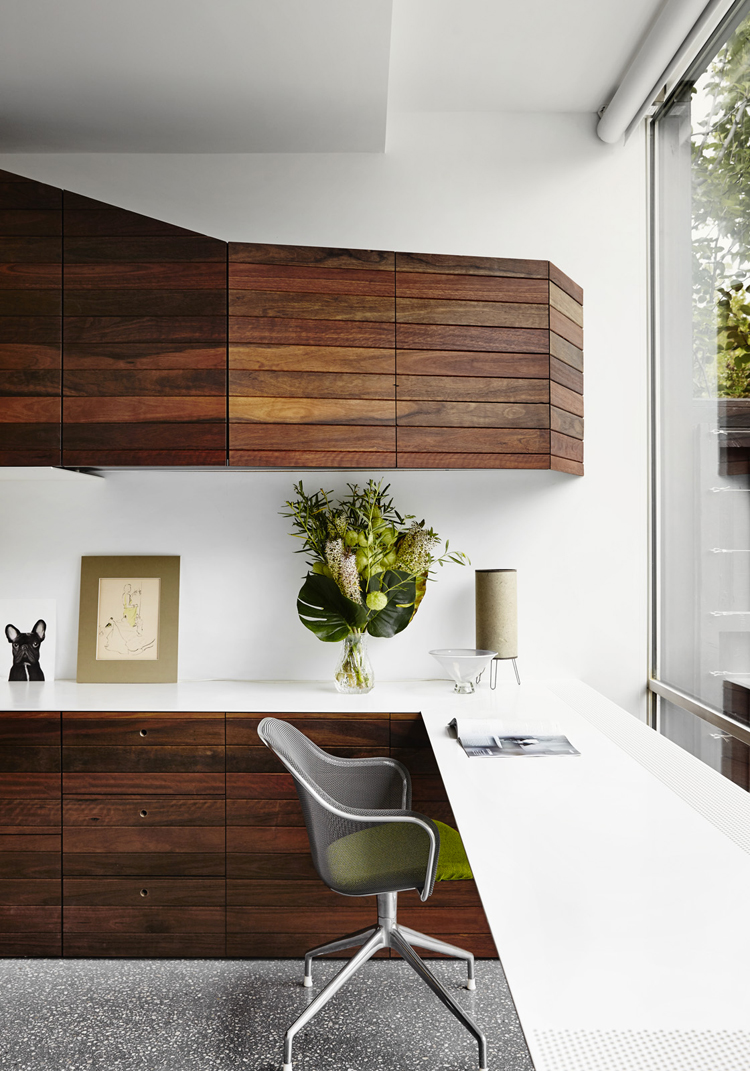 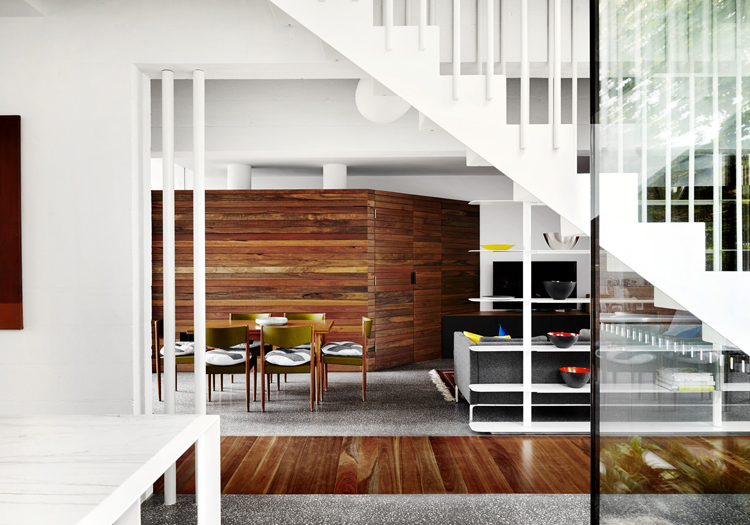 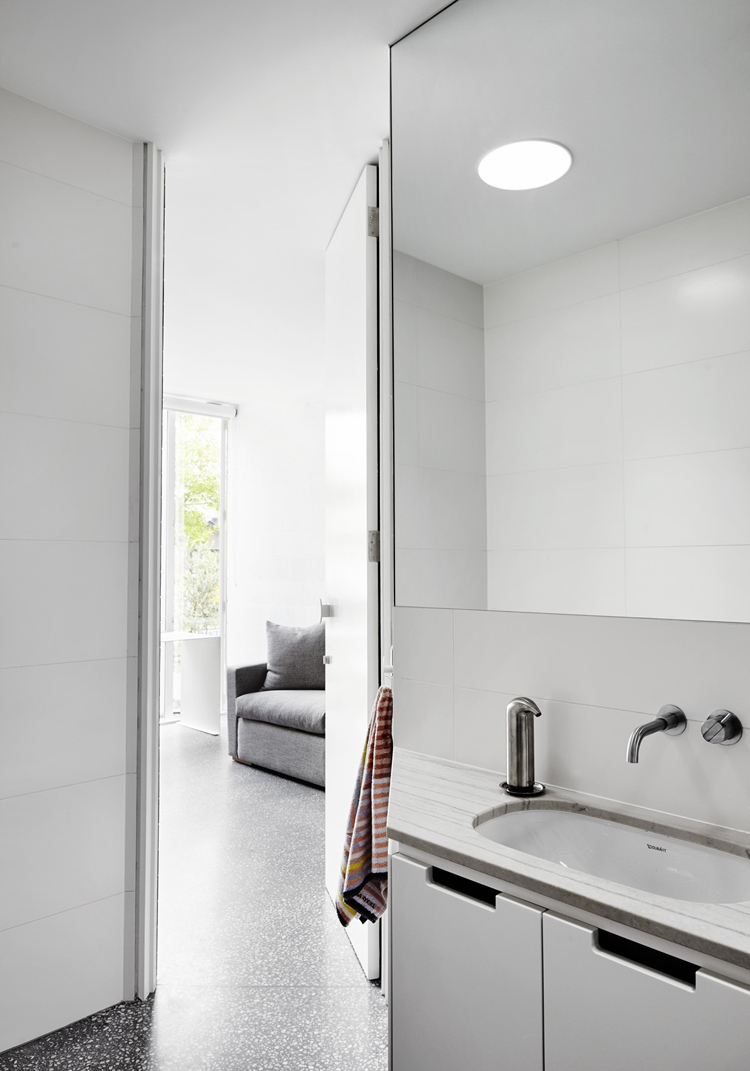 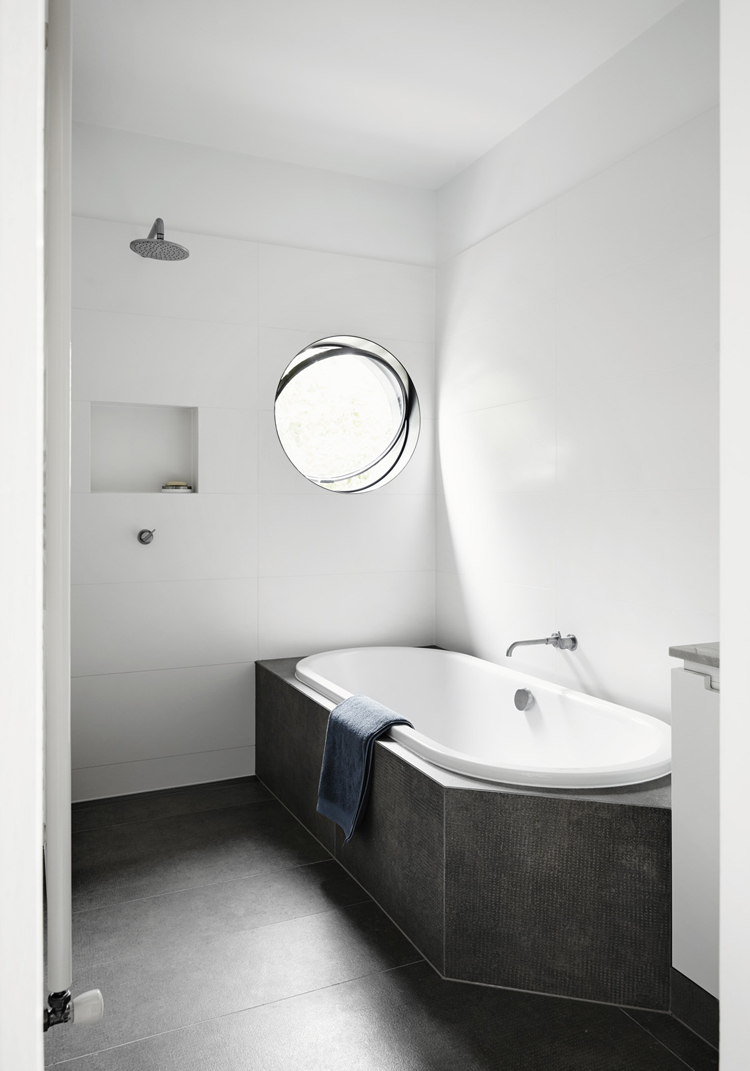 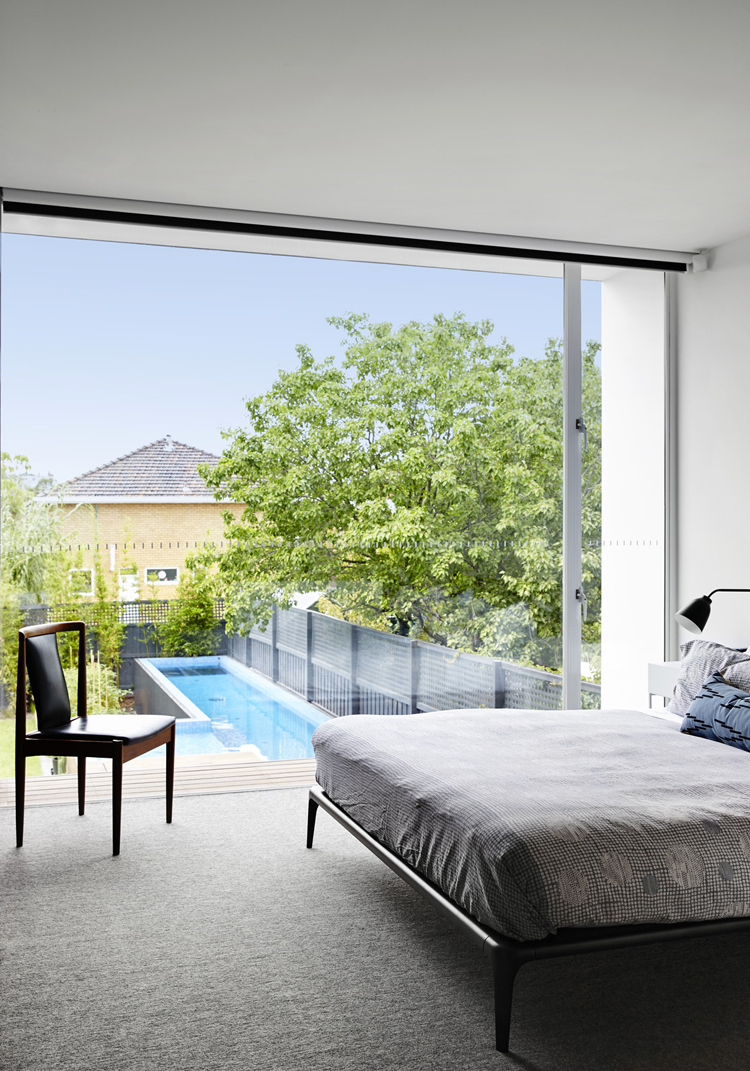 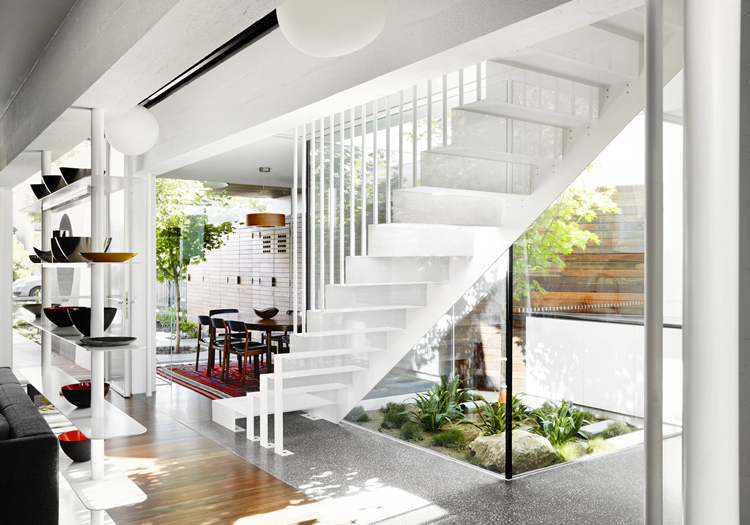 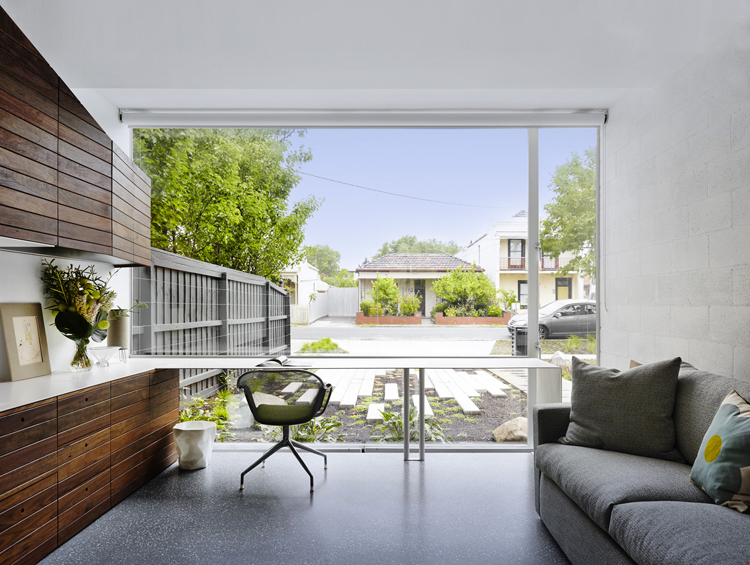 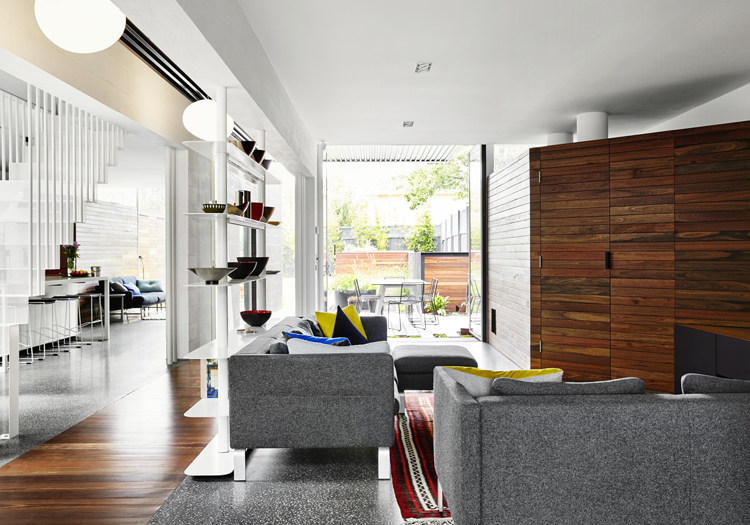 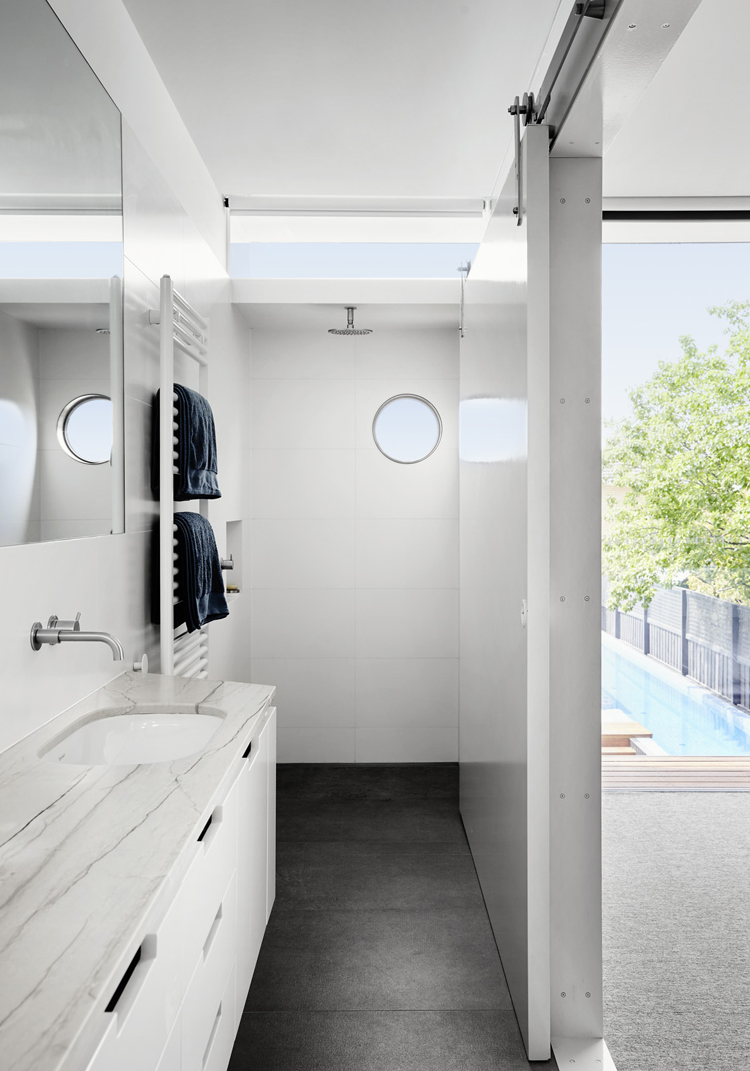 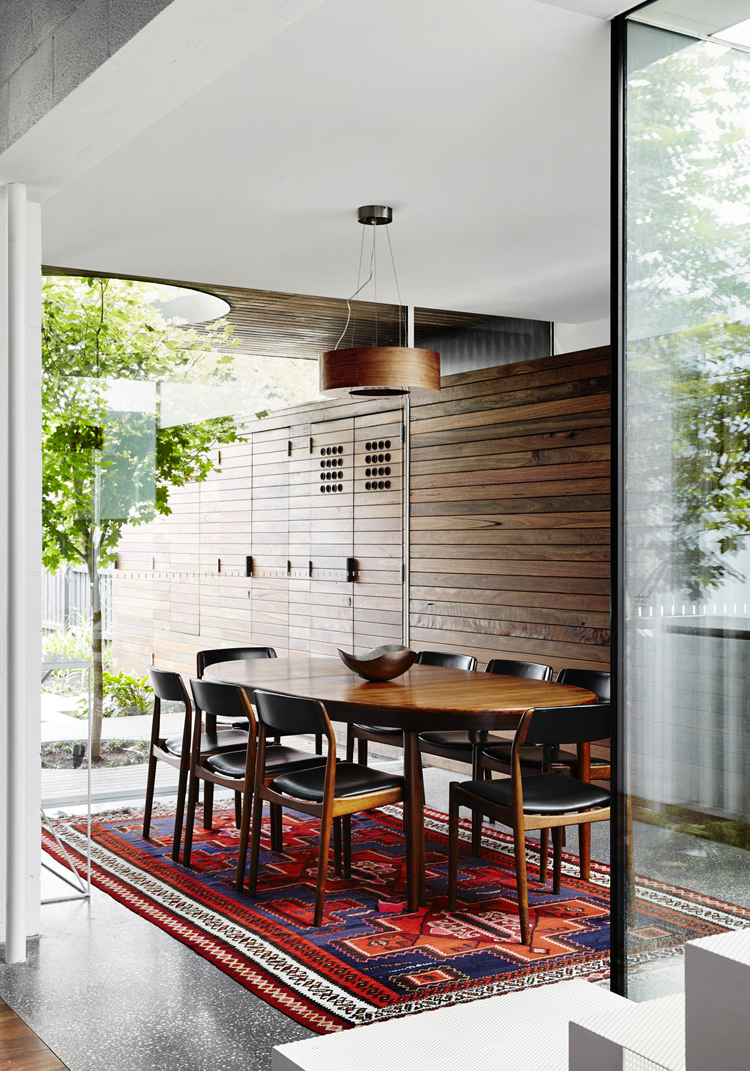 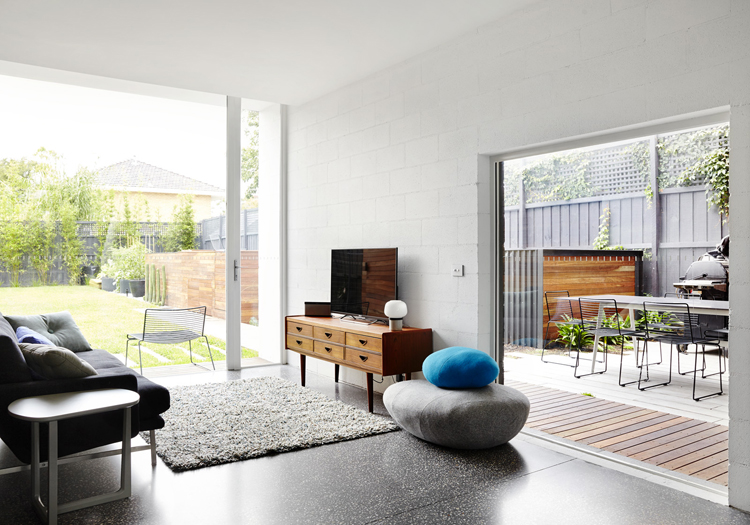 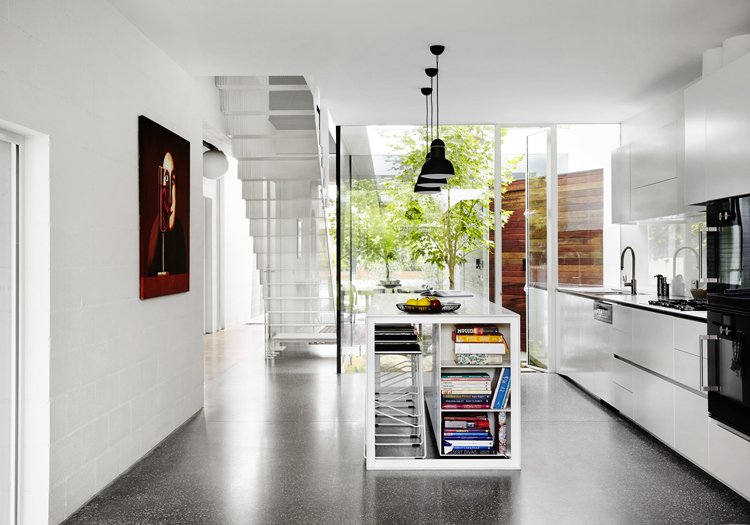 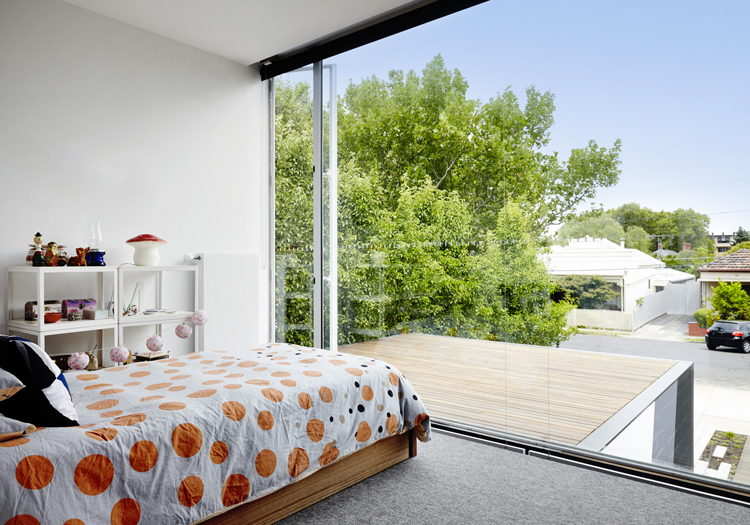 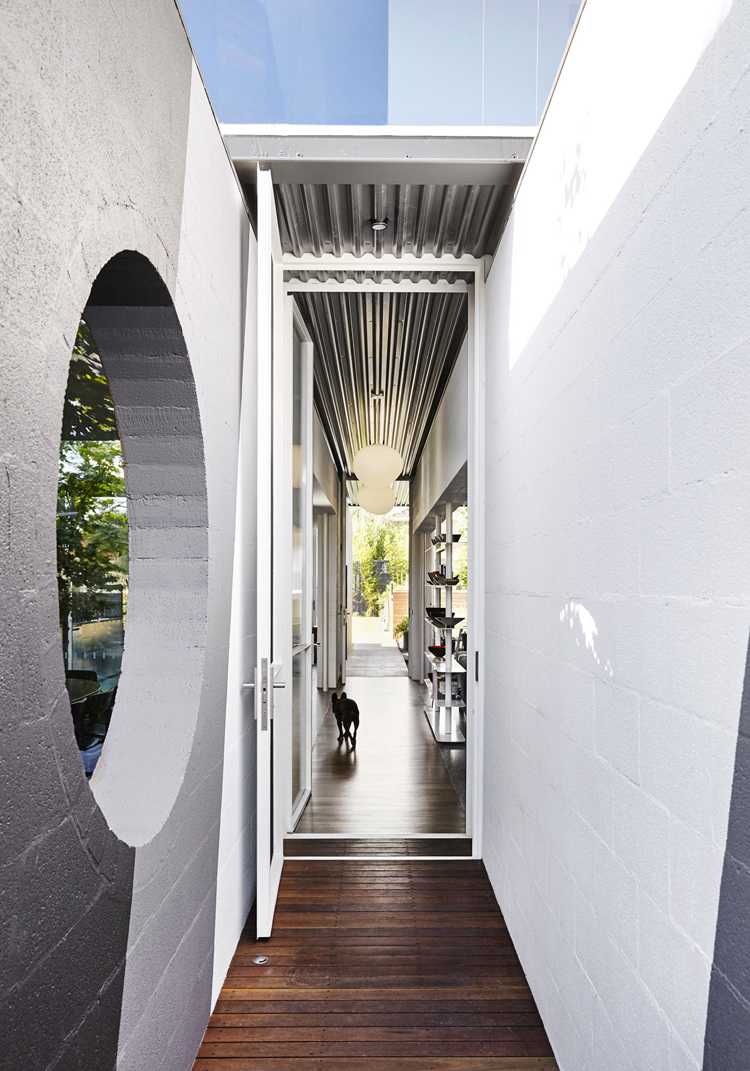 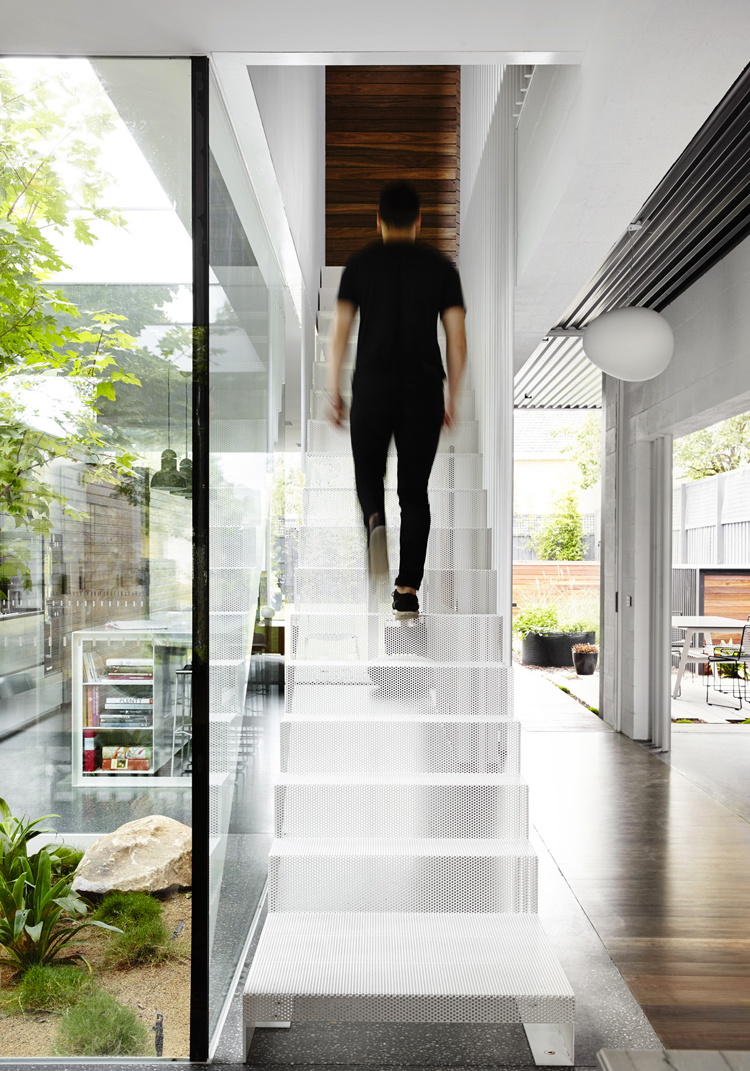 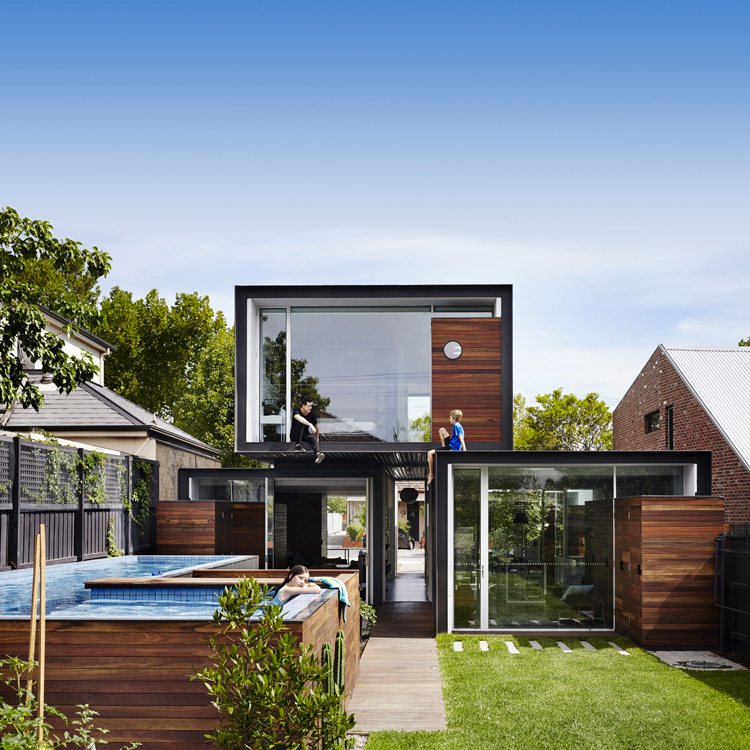