Porto-based architecture practice fala atelier has recently refurbished this historic apartment in Lisbon. The 120 smq flat, built in the turn of the 19th century, presented a fragmented arrangement of rooms and an erratic (almost negligent) overlay of successive interventions by previous owners abandoned the original character of the space. By erasing all the previous interventions, the separation between night and day areas became clear. One single wall, half-circular in plan, was proposed. 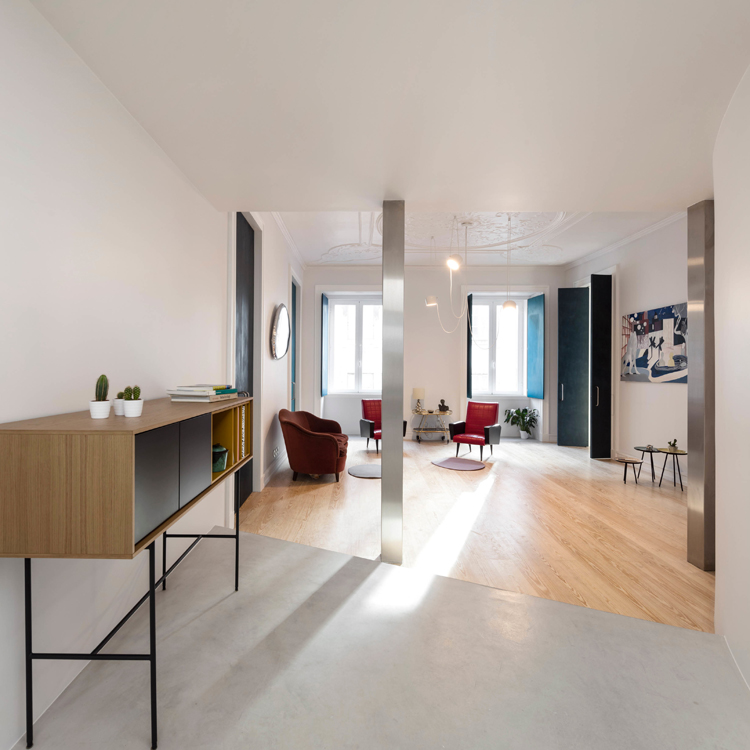 The brief requested the preservation of the old plaster ceilings, the inclusion of the remaining structural elements, the partial rising of the pavement and an adjusted and coherent programmatic distribution. The eccentricity of the proposed inner volume is a studied logical deduction from the given parameters. The living area is a limbo composed of three clearly defined moments while being just one space. Contrasting with the building’s original fragmented typology, the choice of materials allows for a clearer understanding of the different moments. 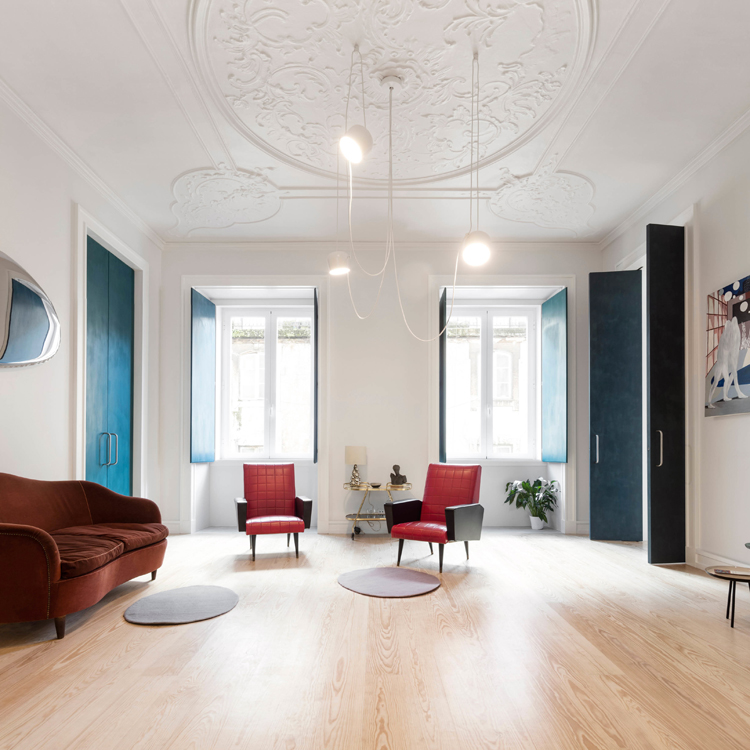 The old tall doors and shutters were replaced by new ones, non-ornamented but painted by hand with three different tones of blue: the planes of color become spatial actors in the apartment routine. The overlay of geometries, textures and materials, contrasting with the abstract white background and the unapparent rational rhetoric of the spatial intervention, stipulated an identity. 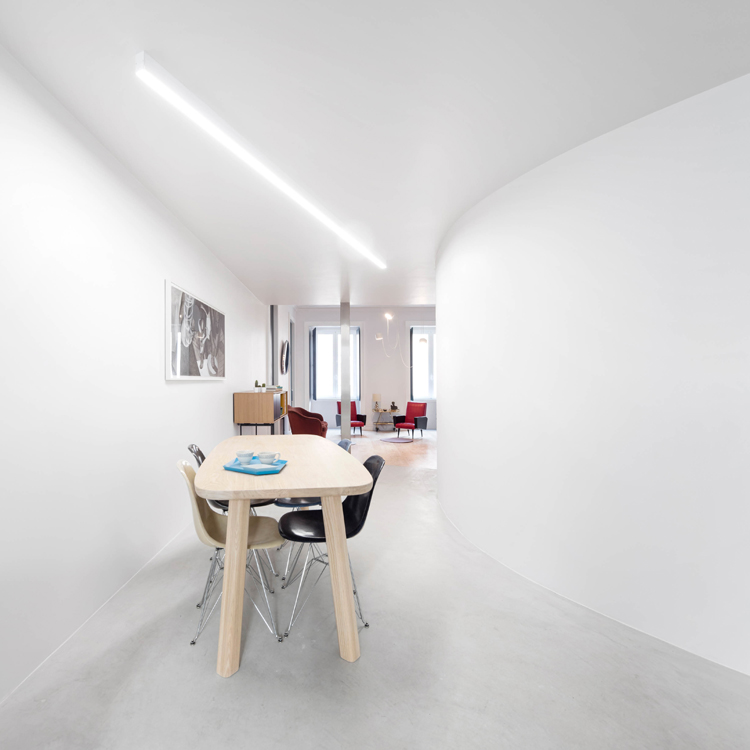 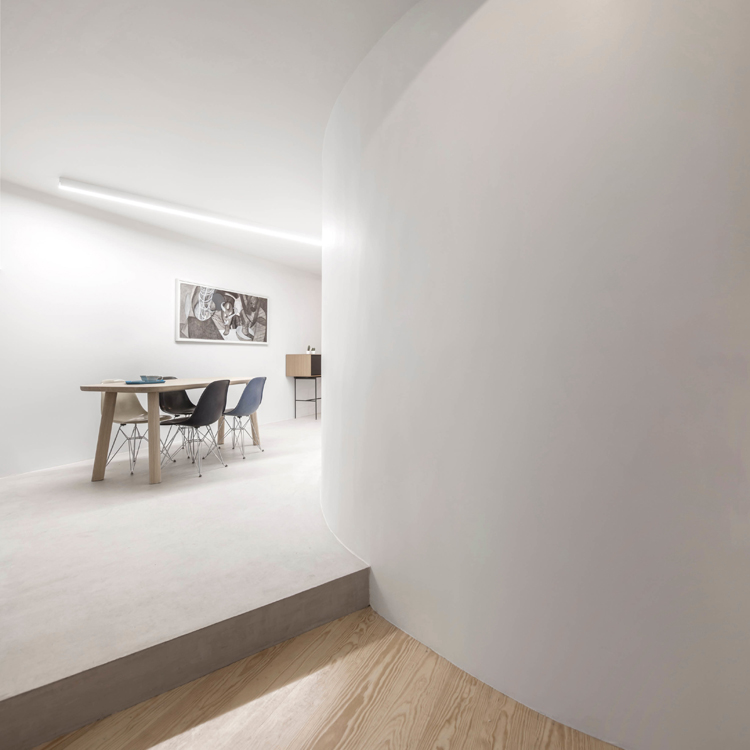 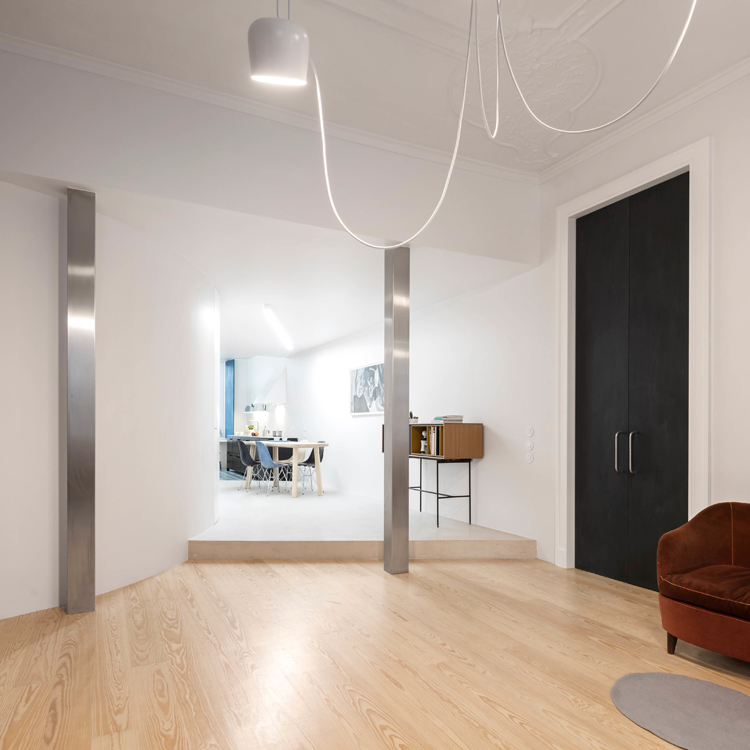 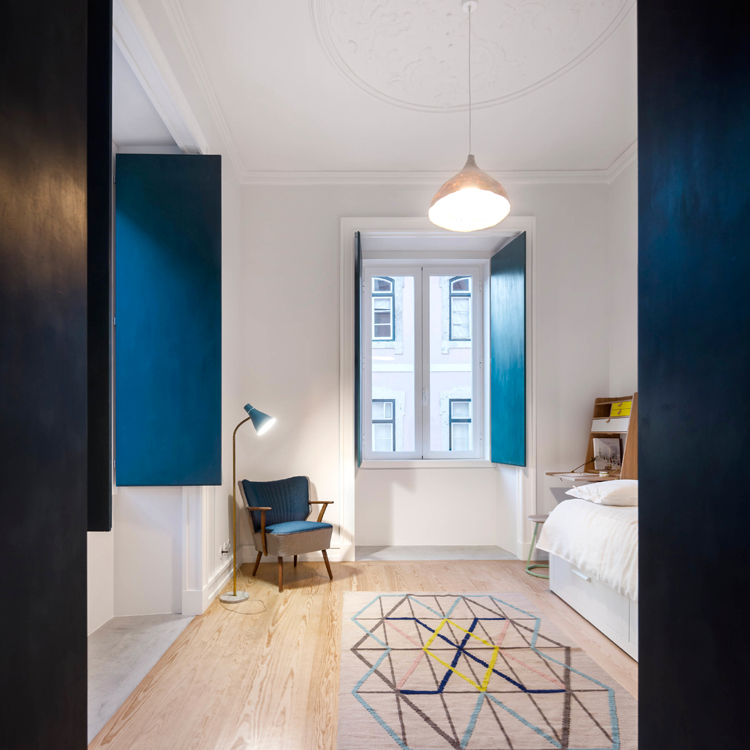 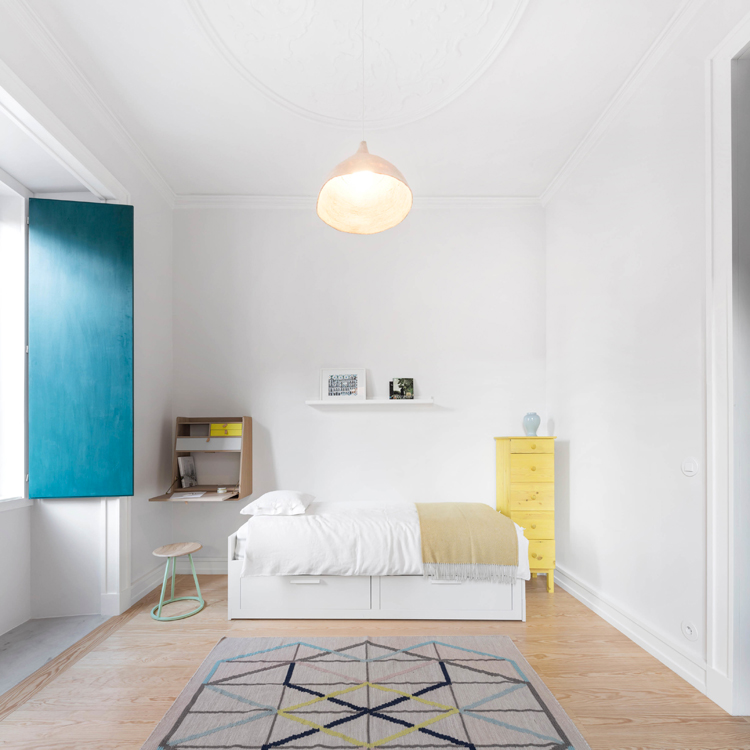 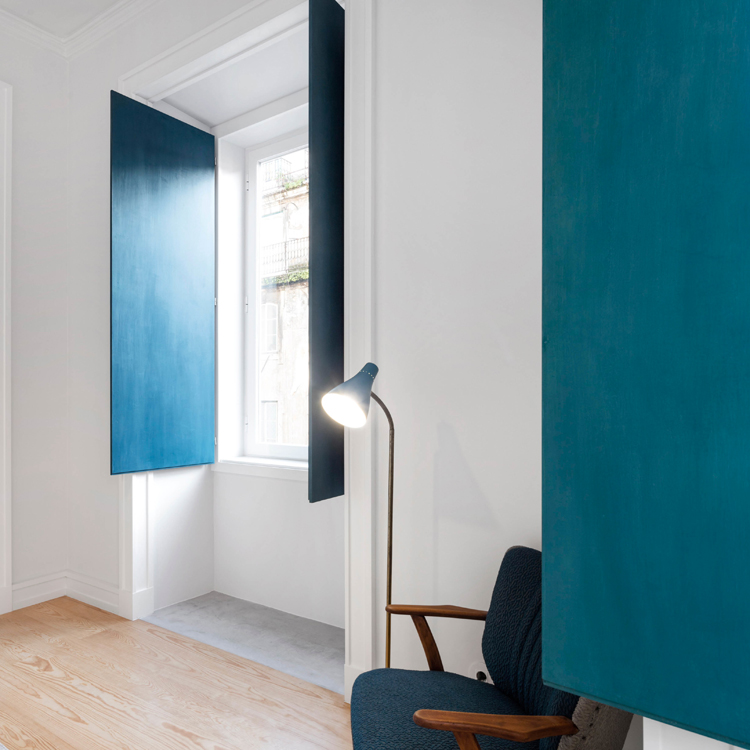 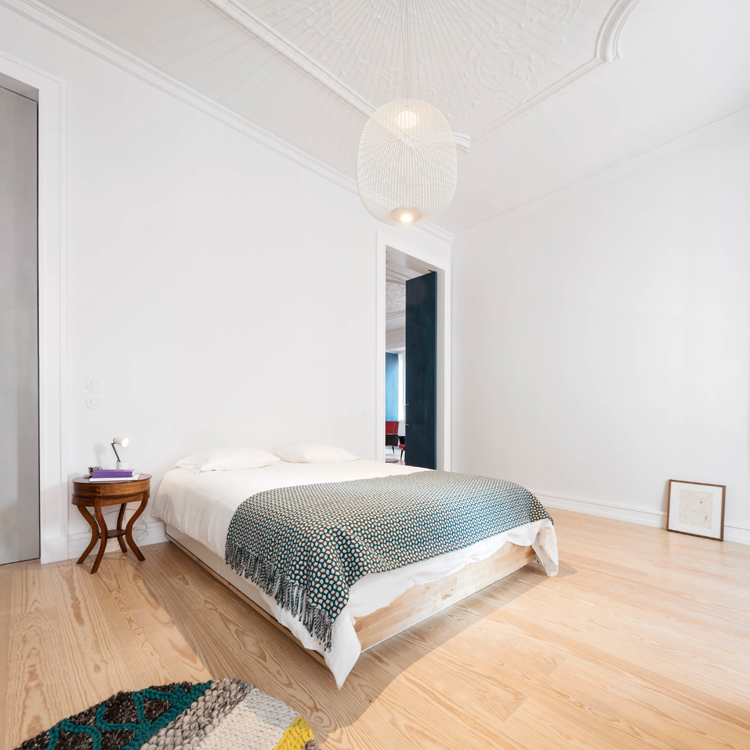 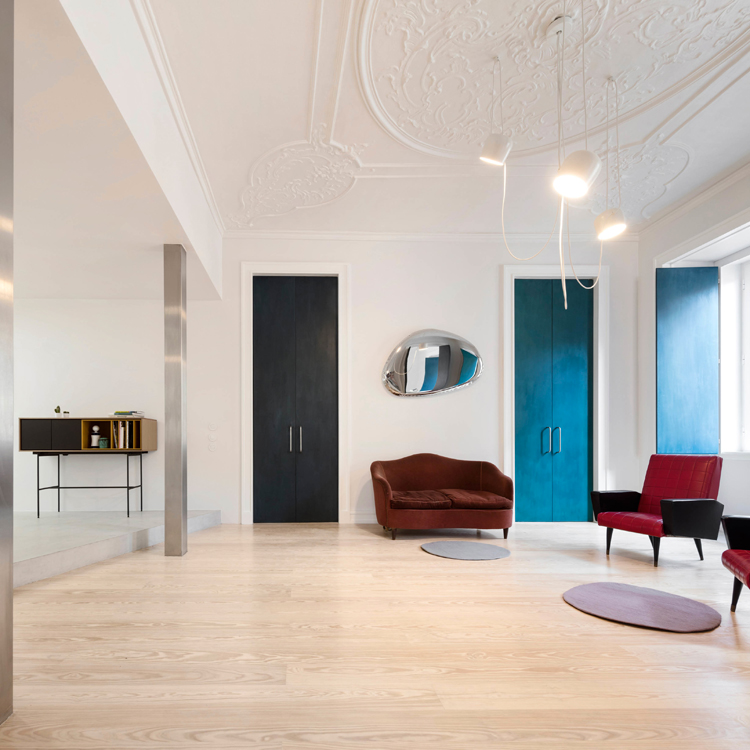 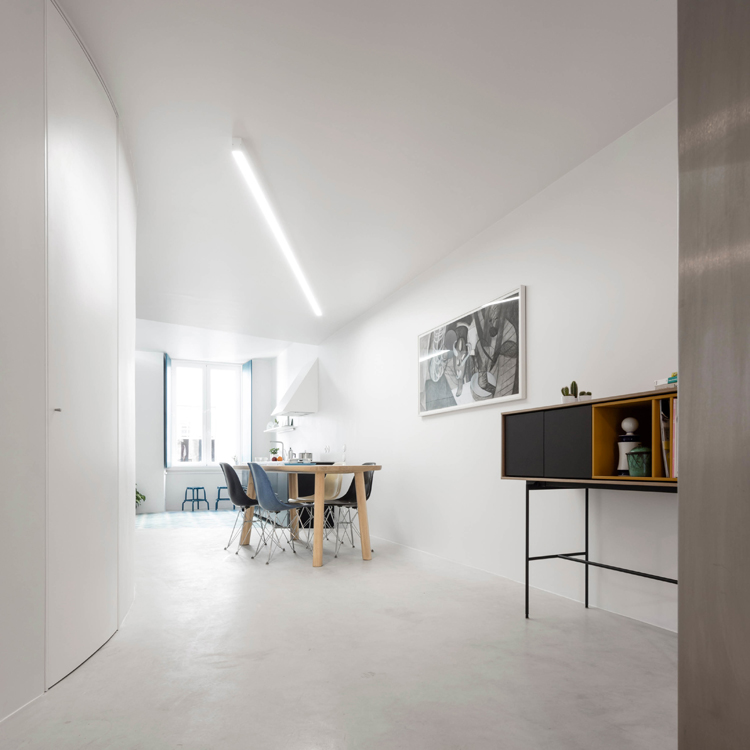 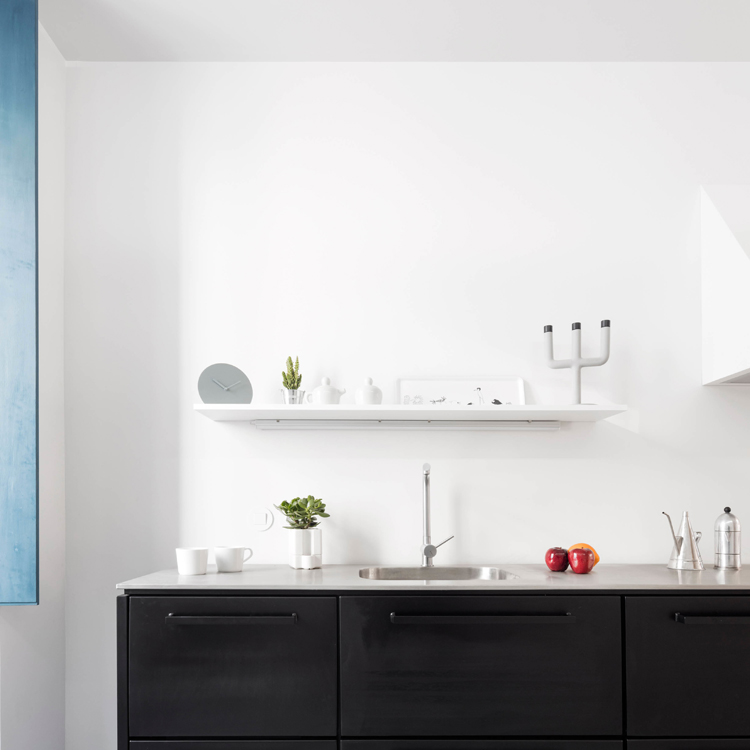 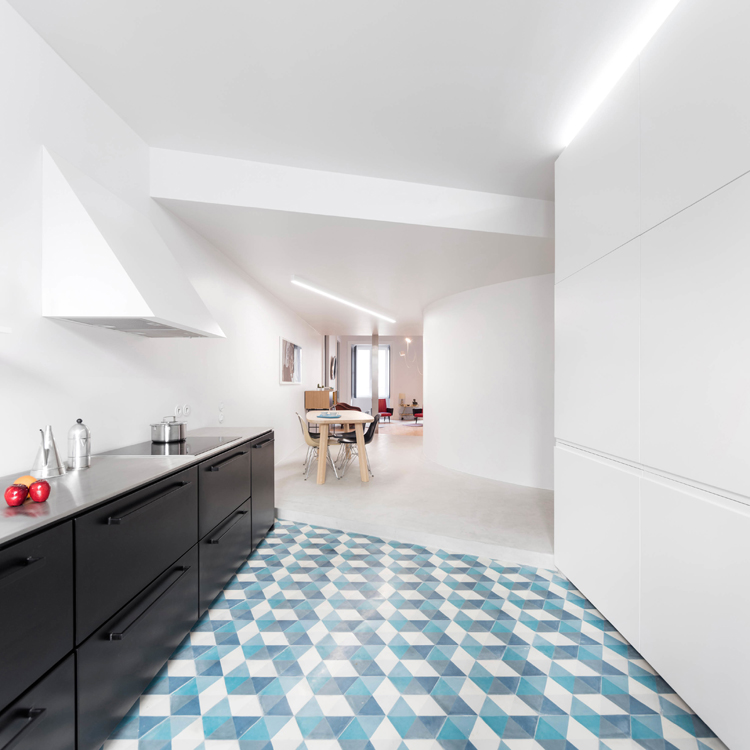