Masquespacio presents the recent renovation of its own studio that represents the working experience at the international creative consultancy below the concept “Mas”, or “More” in English.

The design from Masquespacio’s workspace starts with the redesign of the design studio’s brand image set up on one hand by its logotype and on the other by its icon ‘Mas’, better known as ‘More’ in English. The letter ‘S’ in this case divides each of the graphic applications in two different parts; a division that symbolizes the added value offered by the creative consultancy in each of its projects. 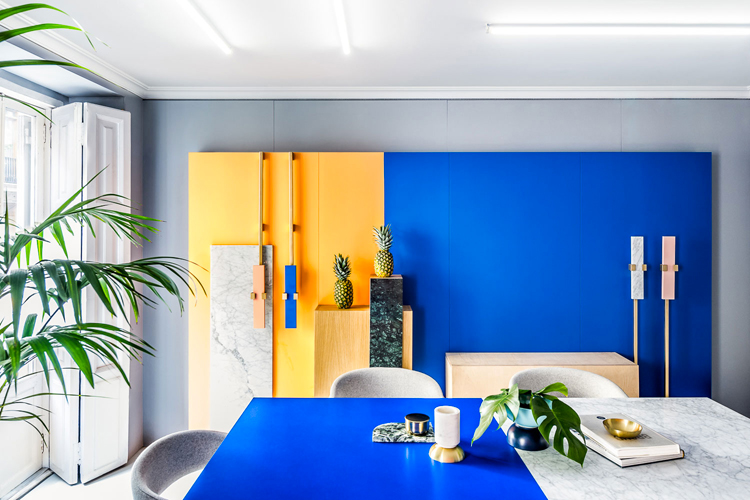 Regarding to the colourelection of the brand, it allows to play continuously with the various brand’s colours and choose the most “trendy” colour for each momentand project. This fact shows clearly the versatile nature from Masquespacio as a multidisciplinary design studio that works both on commercial as well as exclusive projects. The same concept is used for the interior design that plays with the different colours and partitions from the brand’s identity. 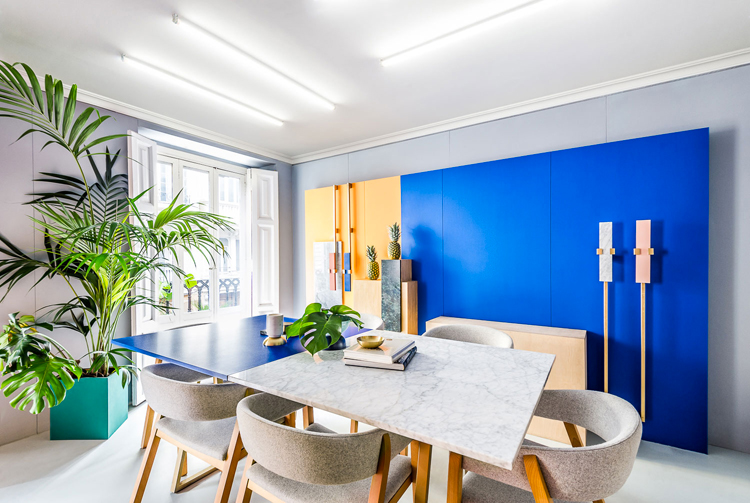 “Although it is a working space every moment we looked to incorporate decorative elements, besides vivid colours and upholstered furniture with the aim to create a warm atmosphere above just designing a place to work at,” explains Ana Milena Hernández Palacios, creative director of Masquespacio. 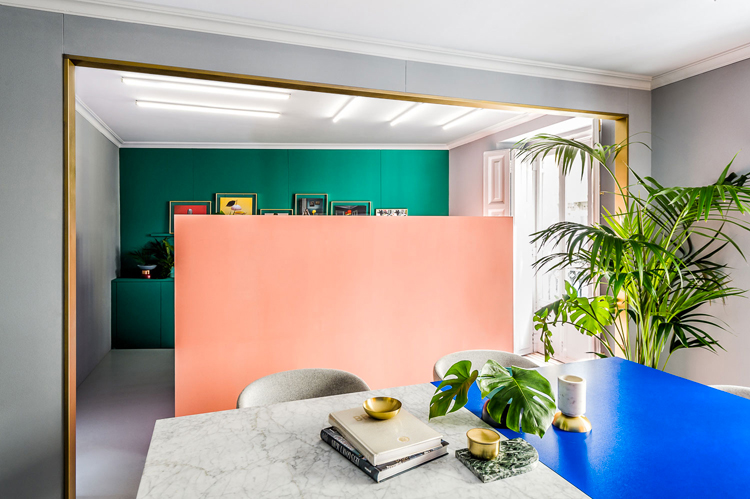 Entering the space, we meet a waiting room that at the same time do its job for more casual meetings and includes Masquespacio’s recently designed Toadstool collection for Missana. The right space on the other hand is divided in 2 different areas; Here we can encounter a meeting room, as well as the senior designer workplaces, separated as 2 individual cubes. The upper room at the same time follows Masquespacio’s identity palette of colours and finishes. 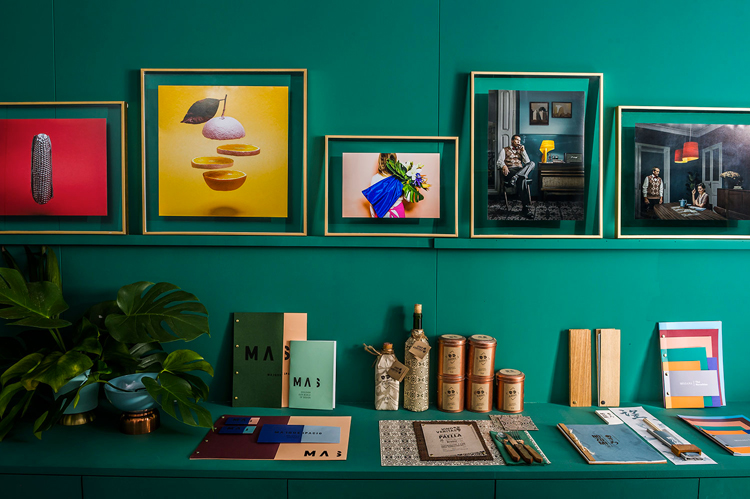 Last but not least some plants add a green touch to the working space from the Spanish design studio that has done projects in Germany, Norway, USA and Spain.

Masquestudio’s new identity is defined by its vivid palette and material combinations. The studio have also created branded stationery that can be customised for different clients. 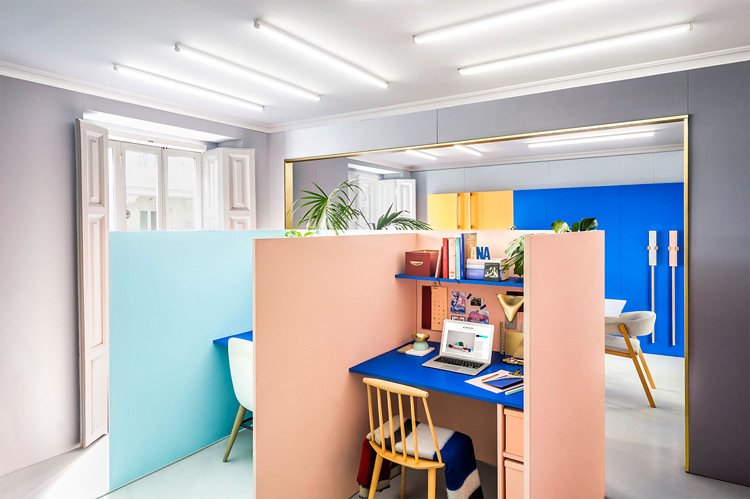 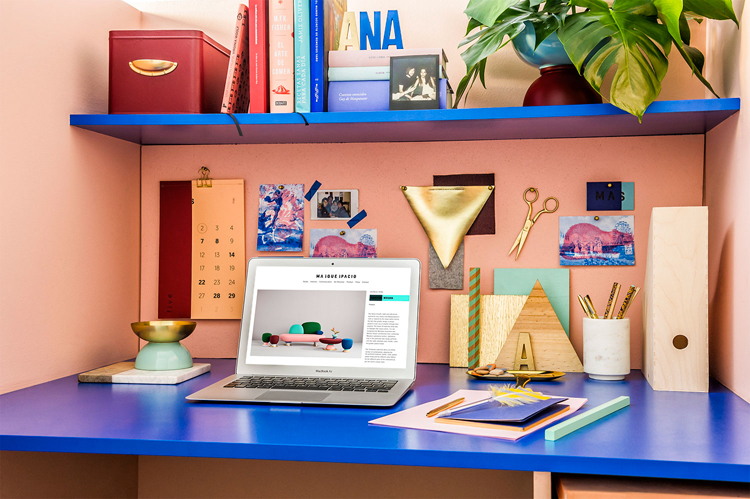 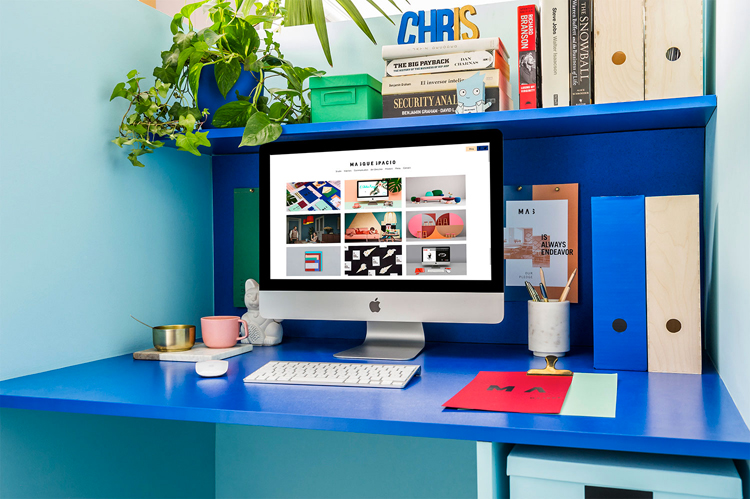 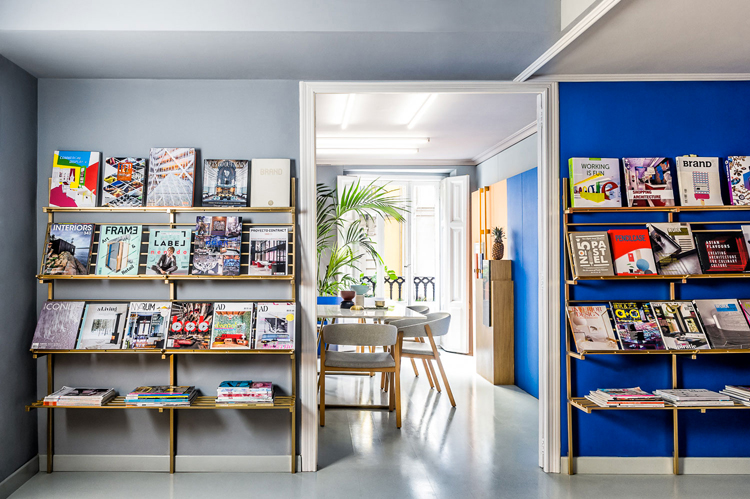 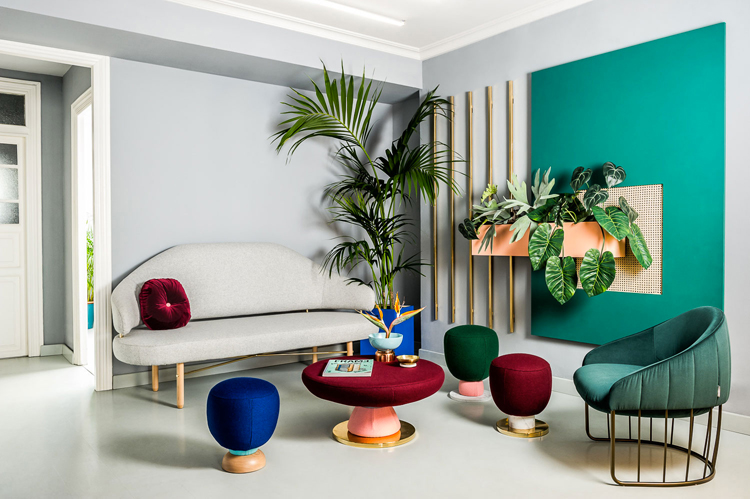 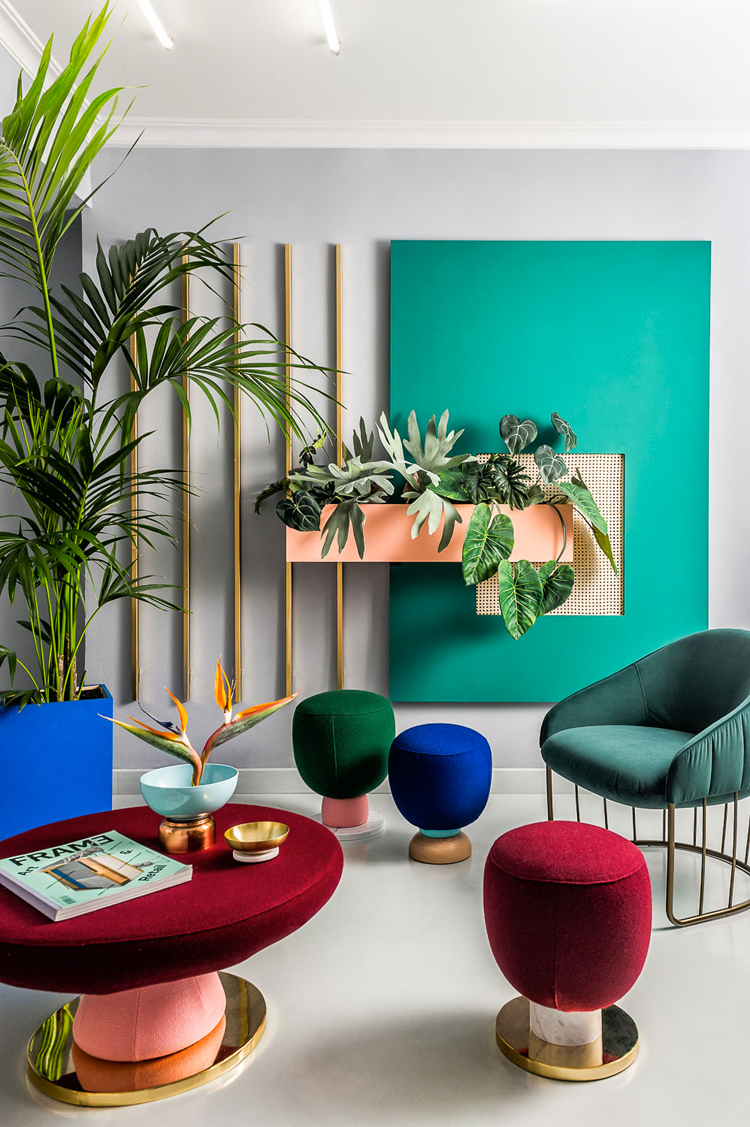 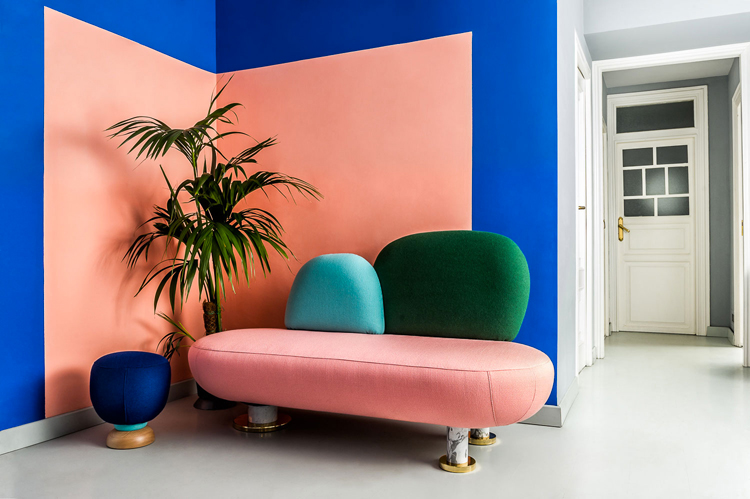 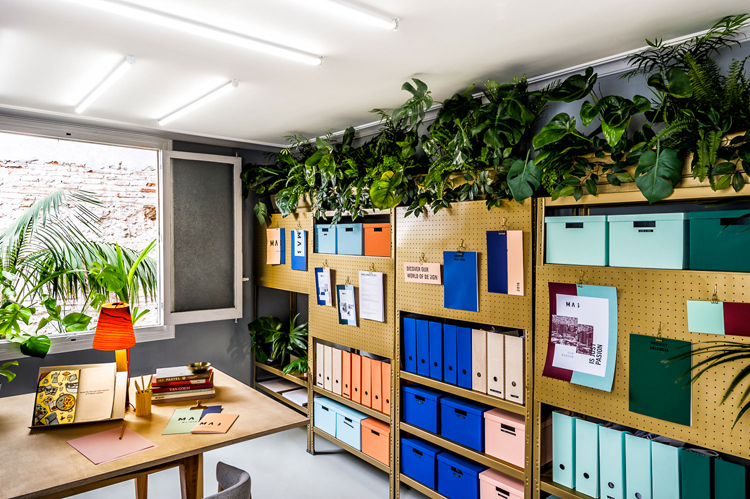 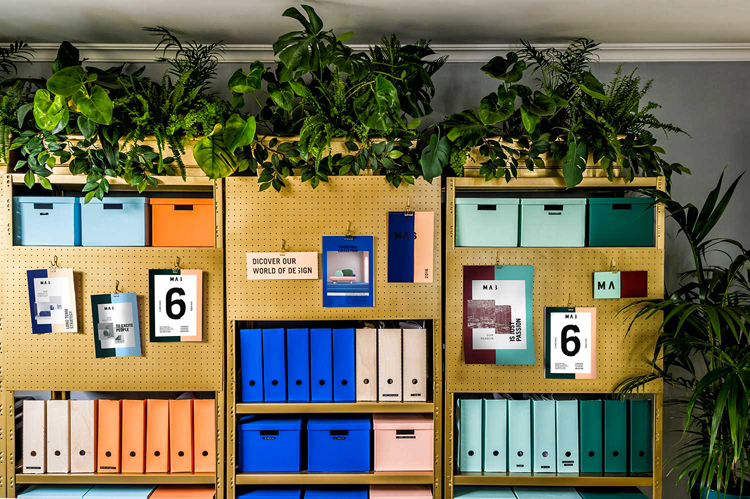 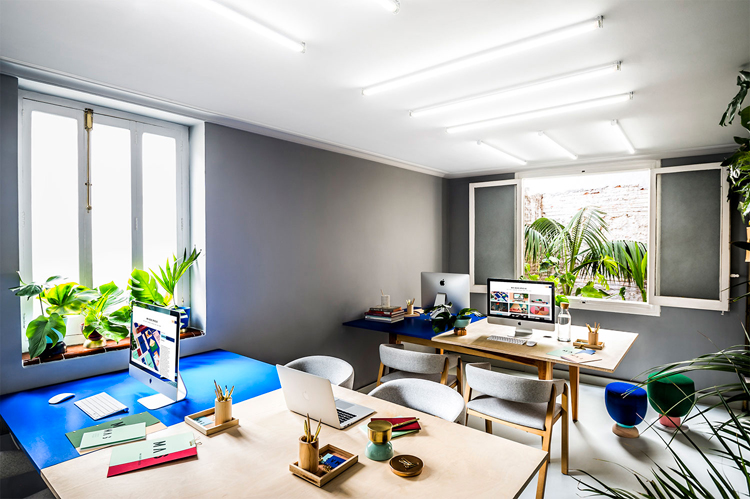 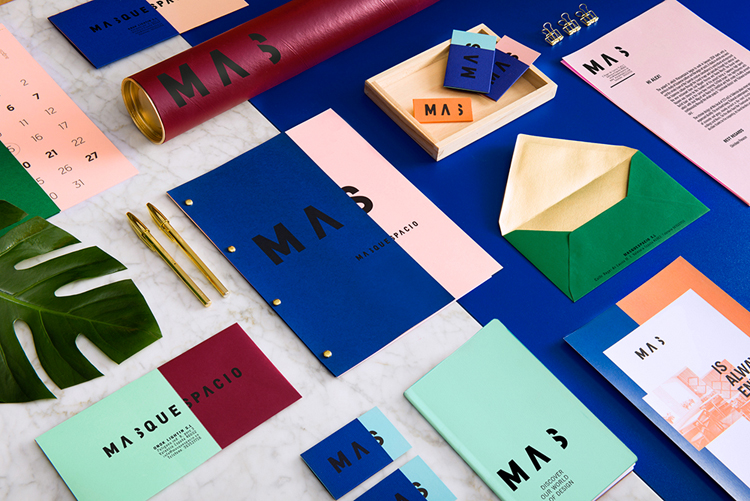 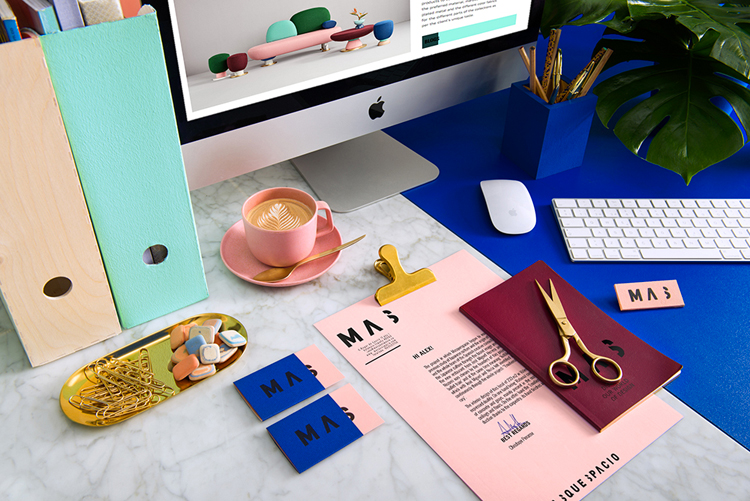