Ghent-based architecture studio OYO has recently completed this family house with an unusual shape in the Belgian village of Maldegem. OYO was given carte blanche, which opened the possibility to focus on an ecological and compact building from the start. Unlike most single family houses in Belgium, OYO started with the idea of positioning the living rooms on top of the bedrooms. In a house composed with split-levels it was important to establish cross relations between the spaces and natural lighting conditions throughout all spaces. 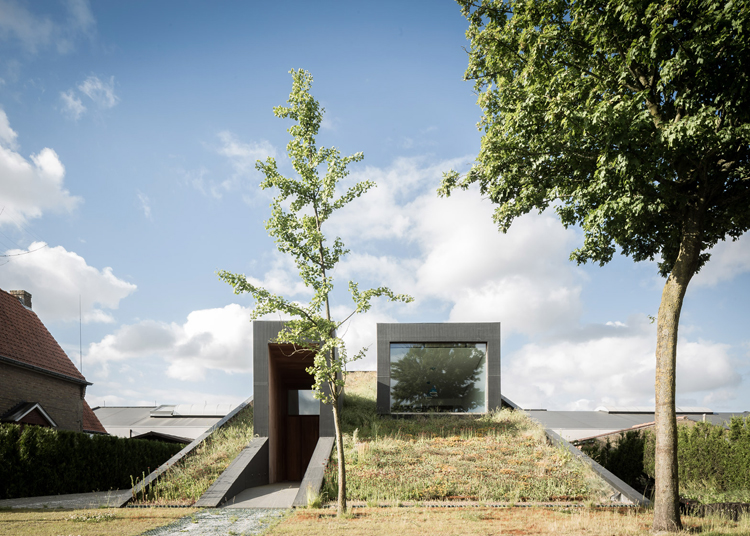 The house is defined by the continuation of the soil, creating one continuous lifted green roof. The only exception: two popping volumes created on the green surface. One defines the entrance, the other brings light deep into the dining room. The window is dimensioned regarding the light conditions but carefully positioned so the inhabitants maintain privacy towards the street. The use of wood and warm materials was an inspired decision to create a Scandinavian-like interior ambiance. The balance of light and material-use like stone, wood and white surfaces are the defining elements that bring everything together. 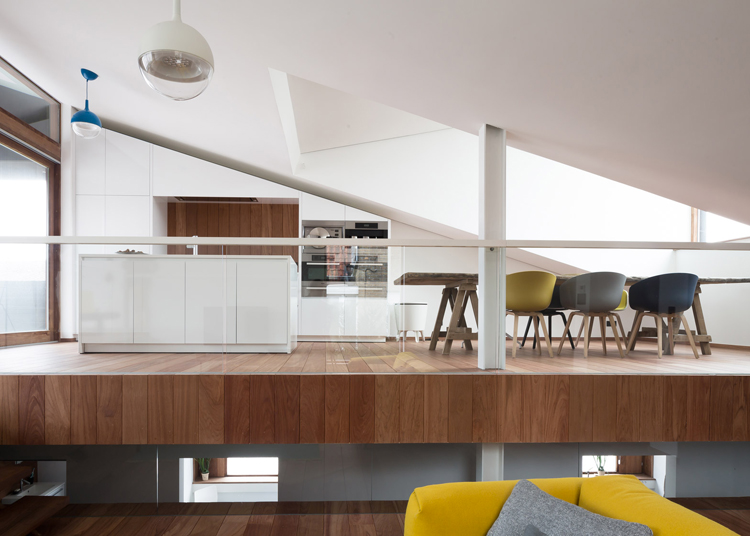 Positioning the bedrooms half a floor below ground level keeps them cool in summer. They are connected visually with the living spaces through the split-level floors. Light enters from the side to the bedrooms and the windows are positioned on the same level as the terrain so you can put a table underneath where the kids can study. You could say that from the living room you only have to go half a floor up to the kitchen and dining room and half a floor down to the sleeping area. Circulation is minimized and readable. 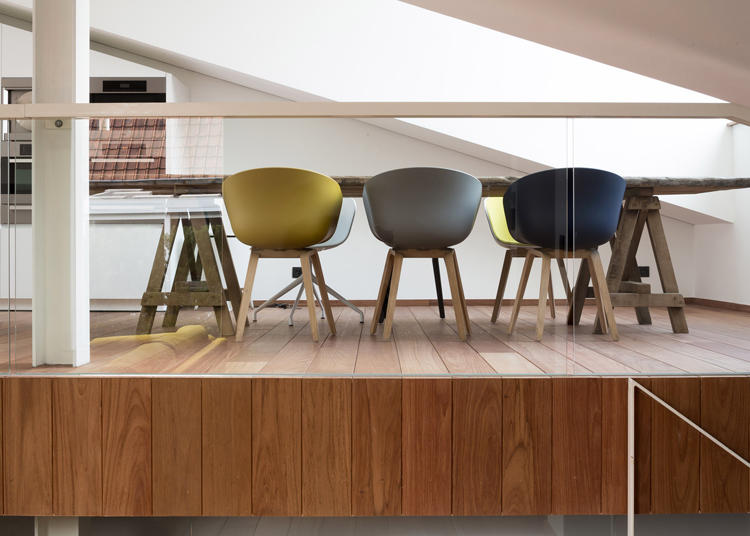 From the design phase to the construction of the house, OYO’s main objective was to selectively use every material to its highest potency. A concrete base was used to carry a light timber frame, which was prepared in a local warehouse and mounted together on site. A rubber roofing membrane was wrapped around the house to protect the interior from changing weather conditions working as one facade element. This unorthodox technique allows the rubber to change appearance as the day passes, the season changes and the weather fluctuates. Through the seasons there are different plants flowering on top. Since the roof of the house actually continues into the ground level, a singular green roof is conceived so that both facade and roof will vary in color all the time.

The fireplace can be used both indoors and outdoors. In summer it is used as a BBQ and people dine under the covered terrace. The terrace is a continuous wooden deck connecting the living rooms and kitchen with the exterior spaces. On the wooden deck we also find a small swimming pond. When the sun is out, it casts a playful reflection on the ceilings in the interior of the house. 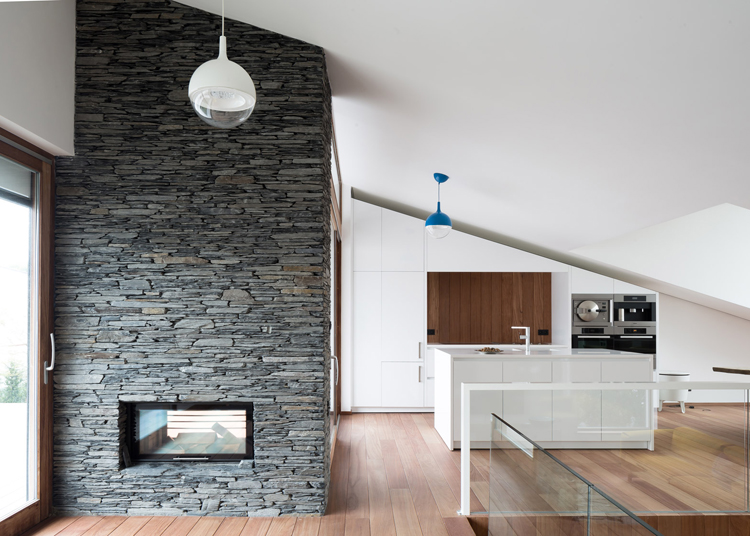 This house has an excellent low energy performance because of the insulation pack between the timber frames and the thermal capacity created by the green roof. Something you might not notice when you approach the house are the solar panels laying on top of the volumes from the entrance and dining area, all facing South. This adds up to the energy demands of the residents and contributes to the sustainable ambition the clients had from the beginning when dreaming about their new home. 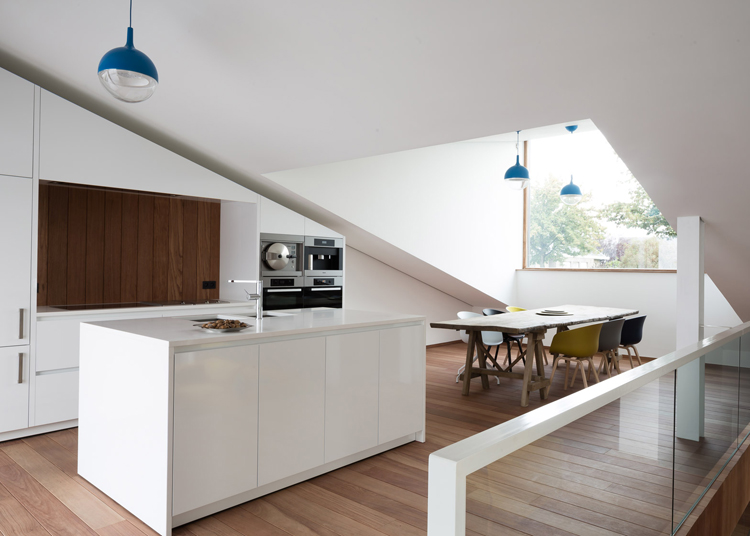 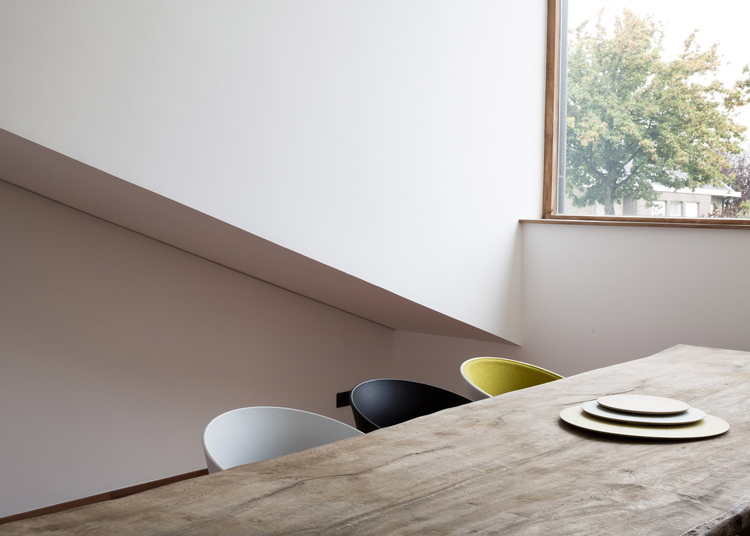 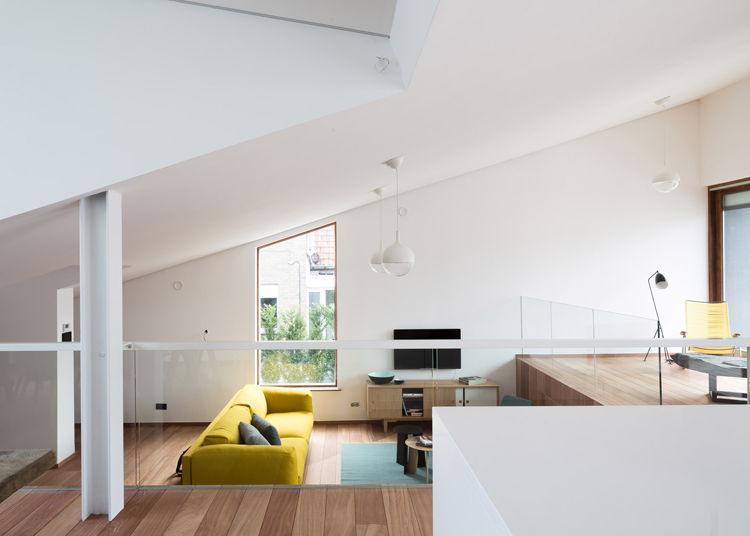 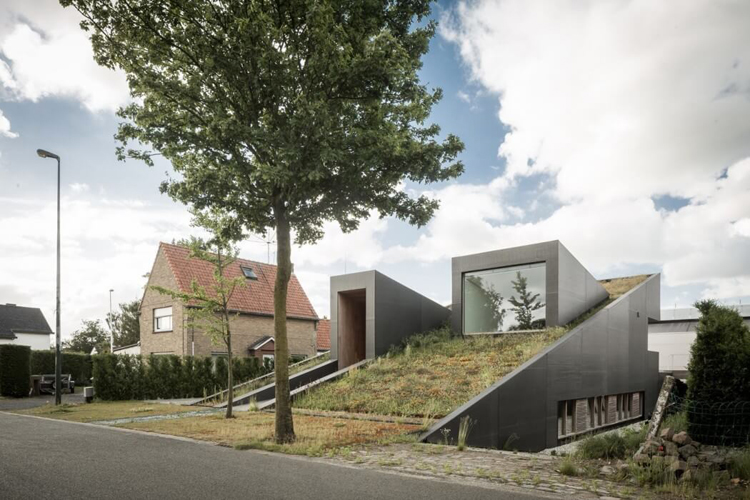 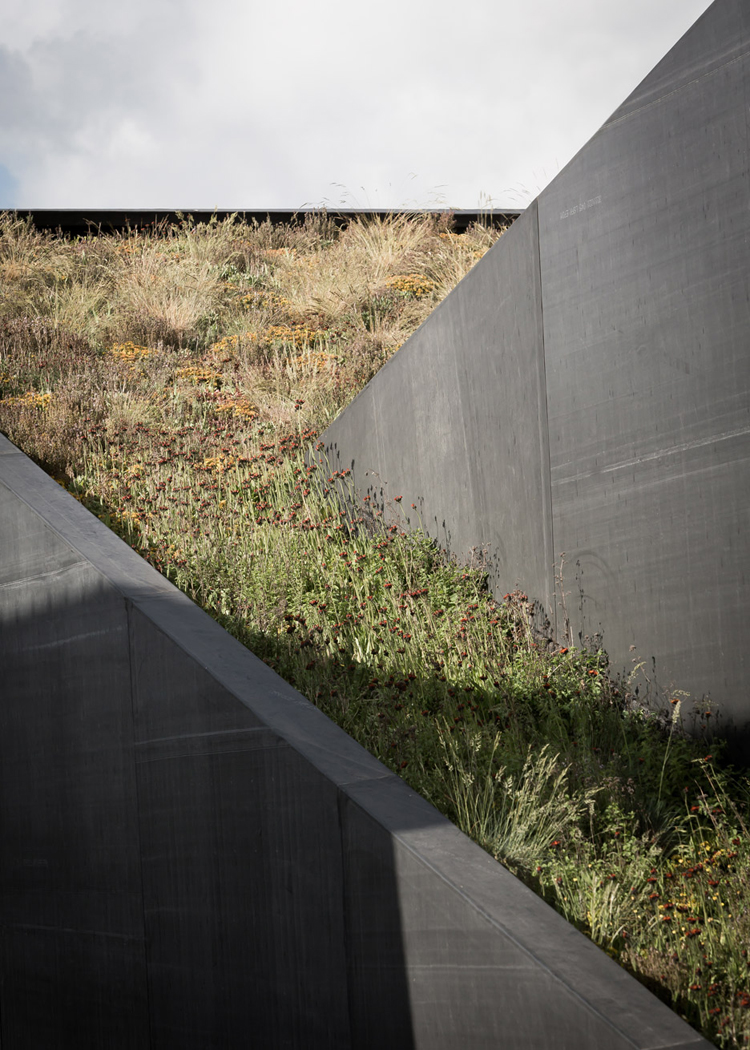 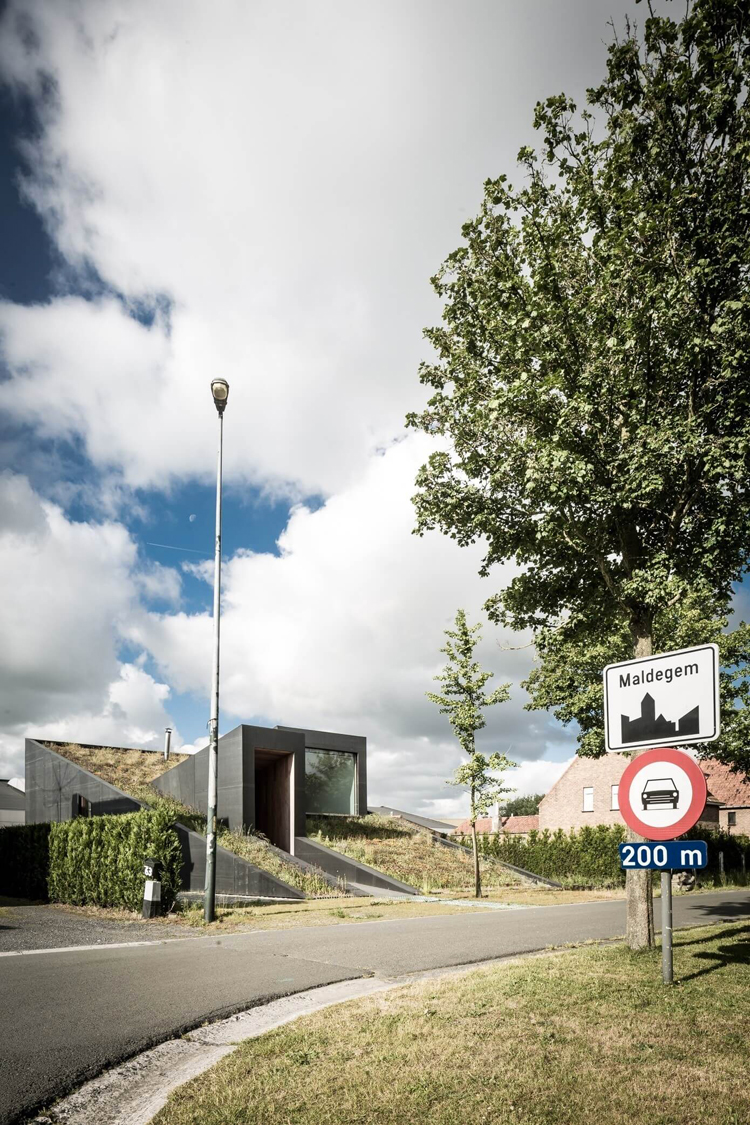