Japanese firm Torafu Architects have completed the interior for the first Aesop‘s store in Shinjuku, Tokyo. The new Australian skincare shop is located in the NEWoMan complex – a curated collection of concept stores housed within the ward’s train station, which is the busiest in the world.

The 46-square metre wall-less space is constructed mainly from limestone. This pale, tactile material is used for flooring, pillars and fixtures, which appear to be sculpted from a single mass. 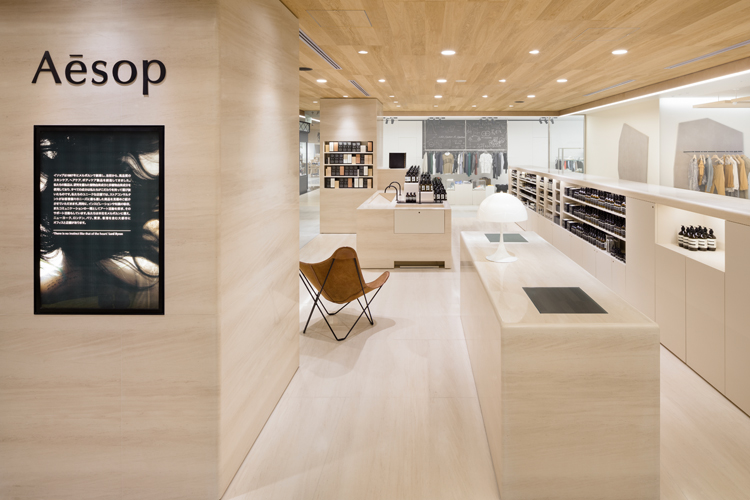 The joints are set in a three-dimensional grid, framing the 108 pieces of limestone in an exacting manner. A large sink unit is combined with a pillar that provides tiered display shelving; the limestone’s subtle hues are contrasted by Aesop’s amber containers. Feature backlighting effect gentle illumination throughout the interior.

“Even located within a busy mall where many people come by, we sought to create a store that emphasize Aesop’s brand image using stone which is stately material,” explain Torafu Architects. 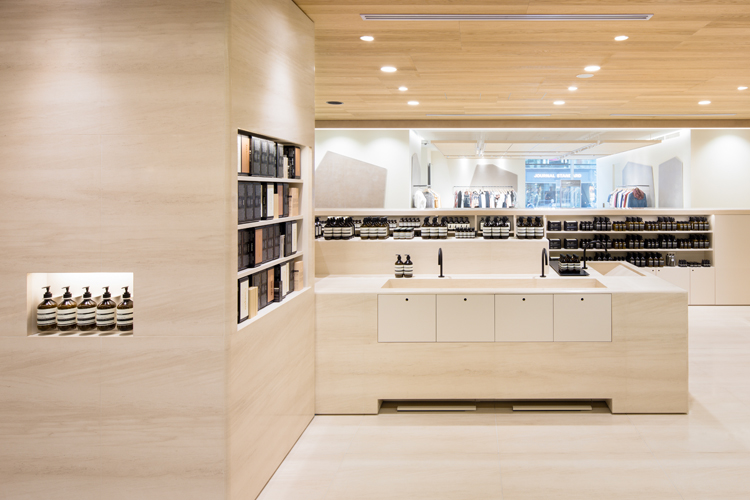 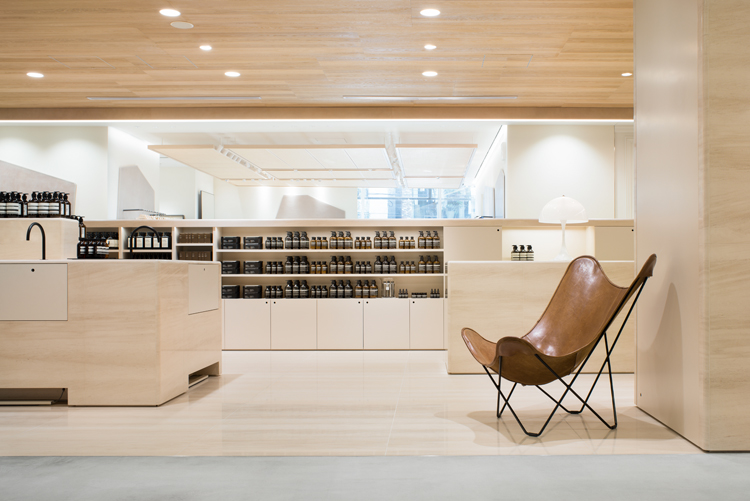 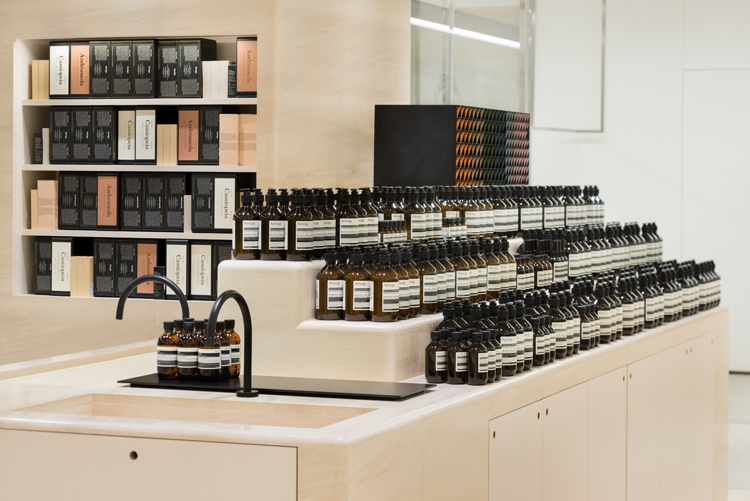 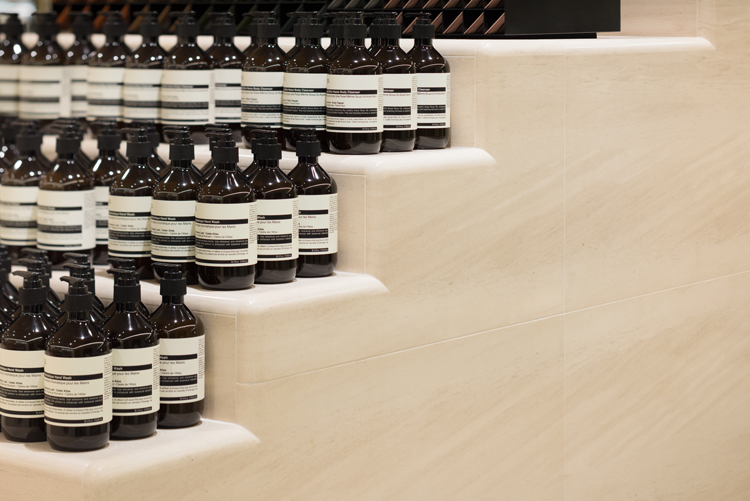 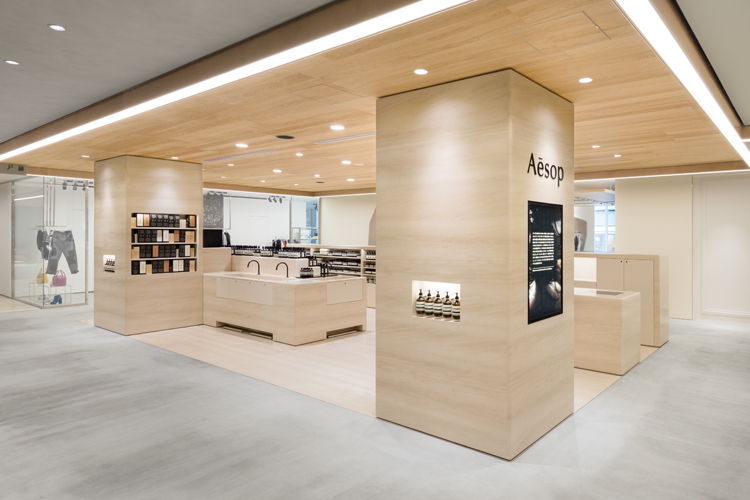