Wilson Holloway were approached by healthy food evangelists SHOT to develop an experimental interior for their first cafe in St. Paul’s, London. The client’s brief asked for the design to be a direct reflection of their careful scientific approach to recipe development – their menu demands that every ingredient used must offer direct health benefits. 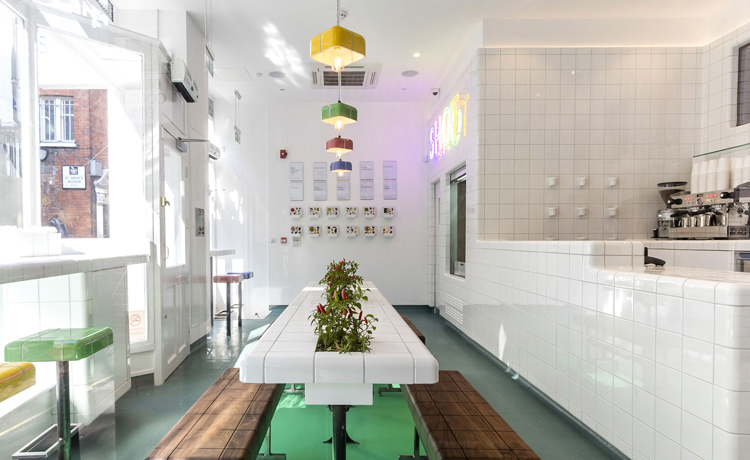 Working closely with Dutch tile manufacturer D-Tile, the space was designed in 3D software on a customisable 150x150mm square grid. The serving counter, menu screens, customer fridge and kitchen door were all integrated into one complex and continuous expanse of tiles. The tiles were also used to form the counter tops, a central table, bar stools, external projecting signs, and even the pendant lampshades. 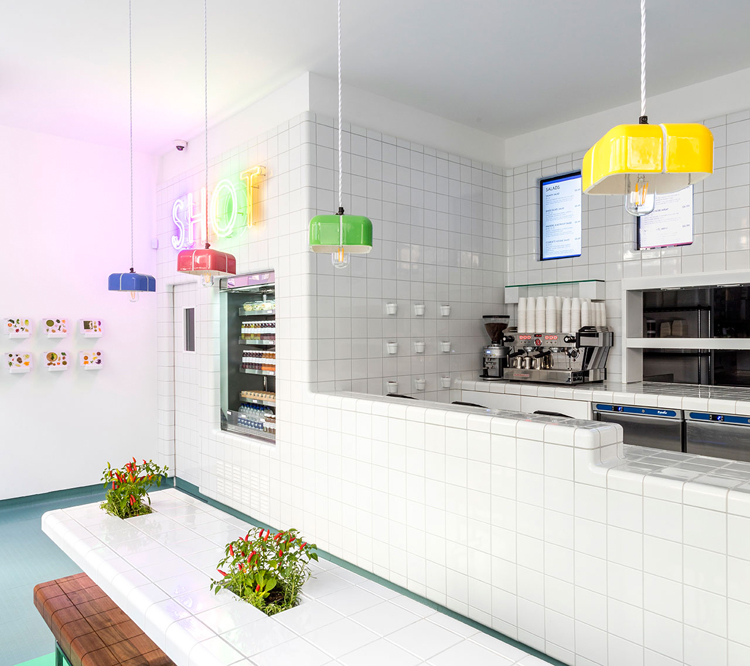 Four unique colours were developed for the stools and pendants to reflect the cafe’s branding. Further colour was added by using rubber flooring, planting, and a neon sign.

The table was designed with integrated planters to house herbs and chilis to emphasise the transparency of the food produce on offer. The solid walnut bench tops were formed using a flatbed CNC machine to mimic the grout lines and bevelled edges of the tiles. 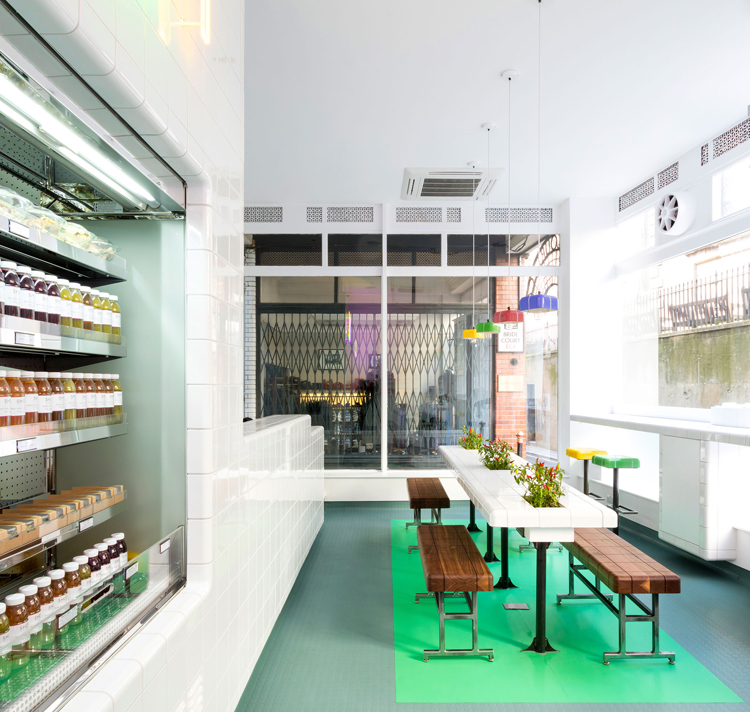 Sitting between a micro gin-distillery and an independent tailors, the exterior of the shop was simplified and painted white to give it a distinctive street presence on this characterful London lane.

“The difficulty in this project was designing something distinctive yet functional in such a small space,” says Alex Holloway. “Our aim was to create an intricate interior that reflects the high level of detail our clients put into their product.” 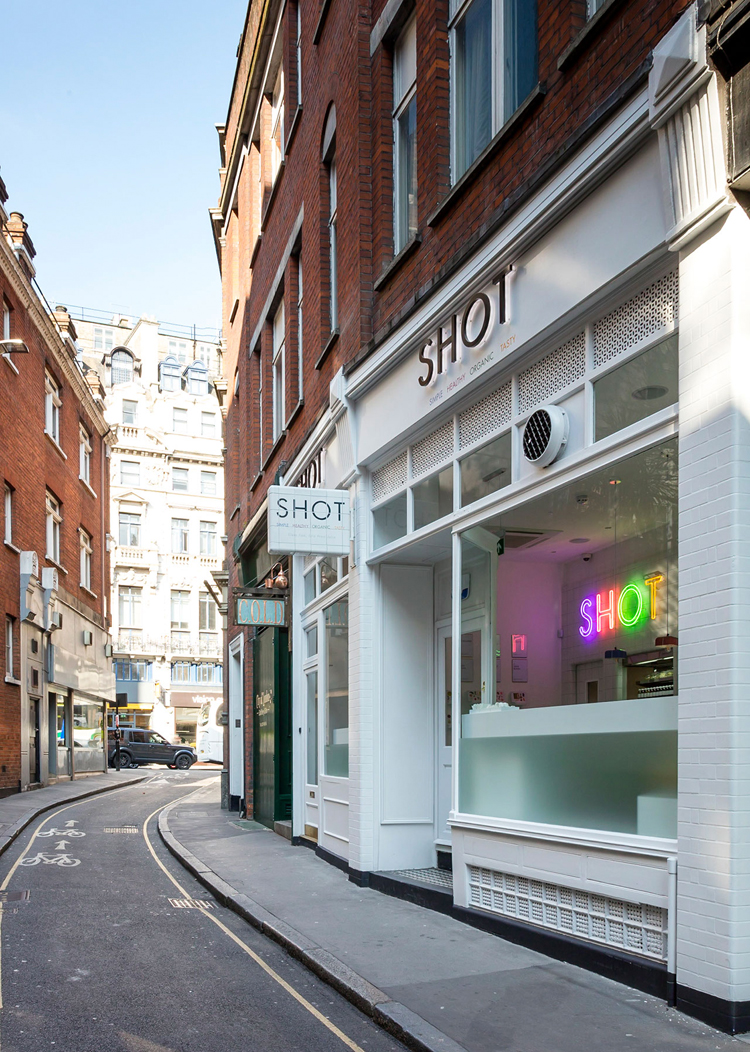 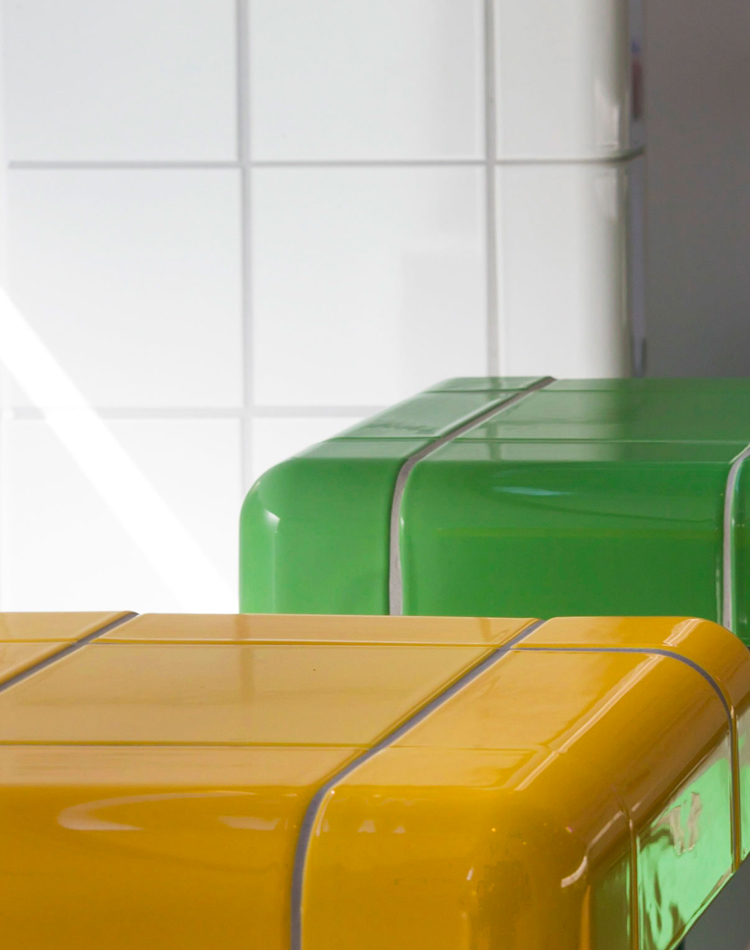 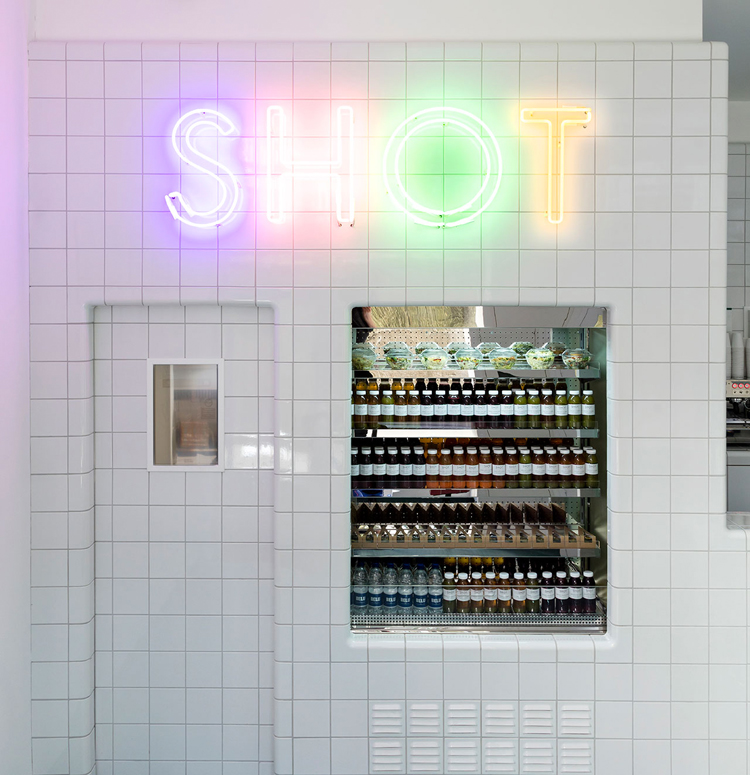 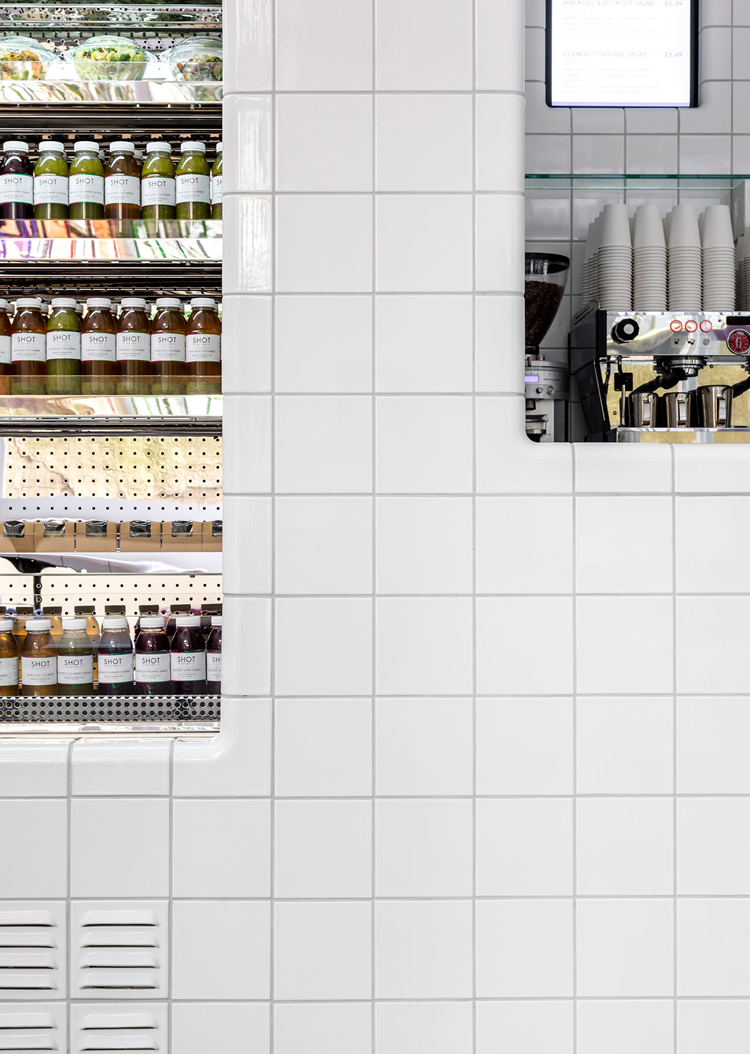 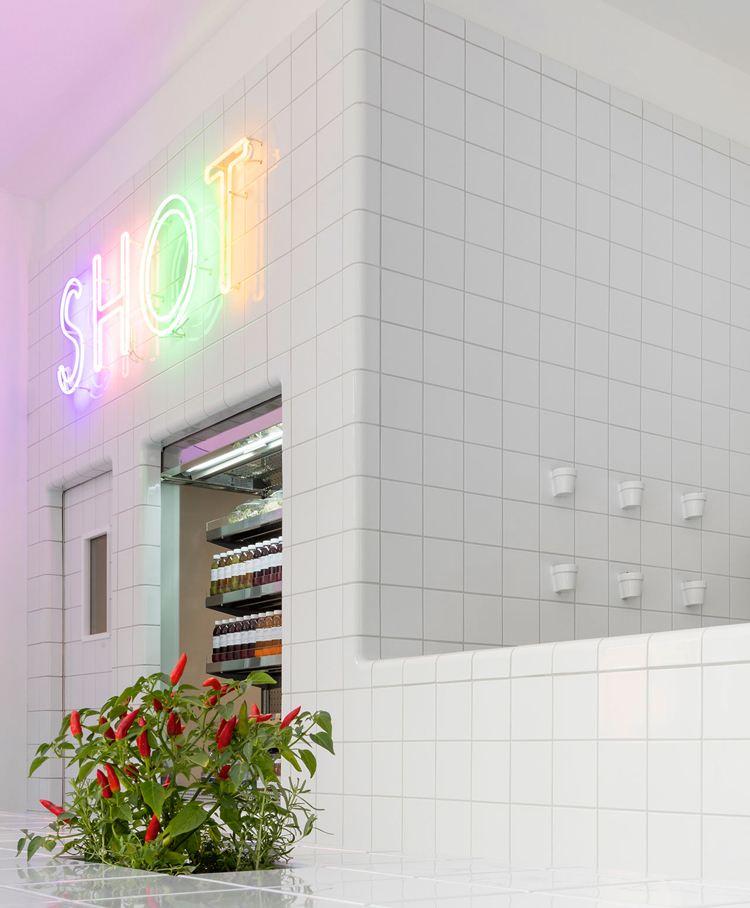 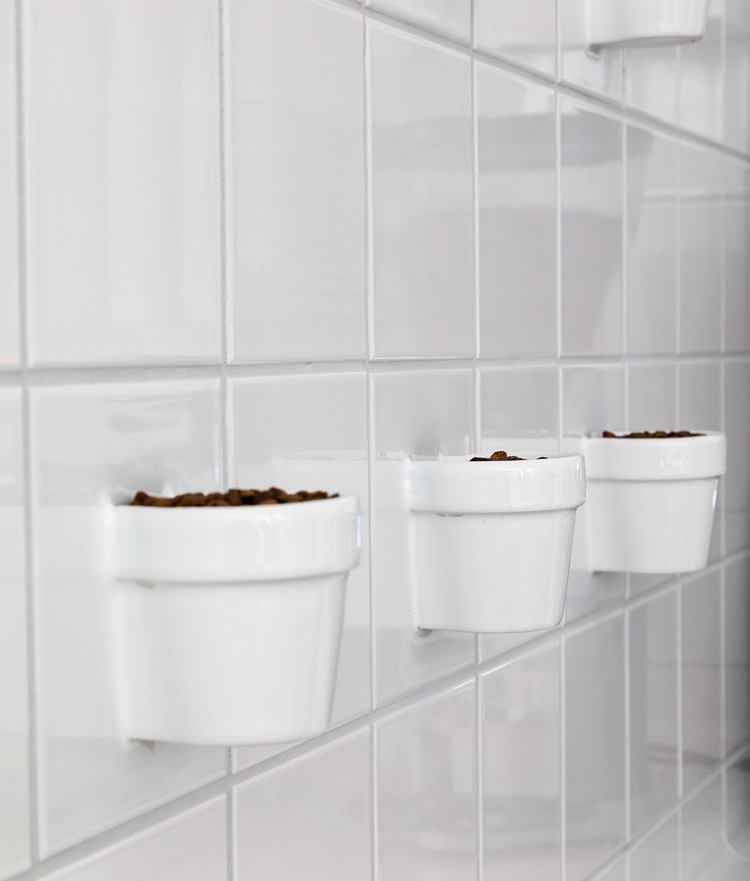 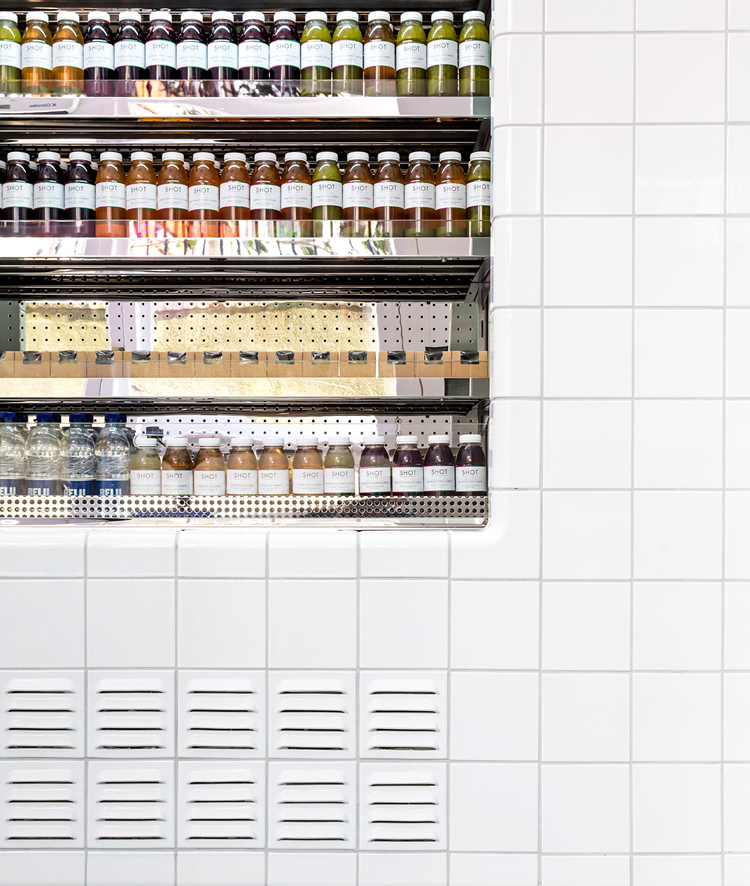 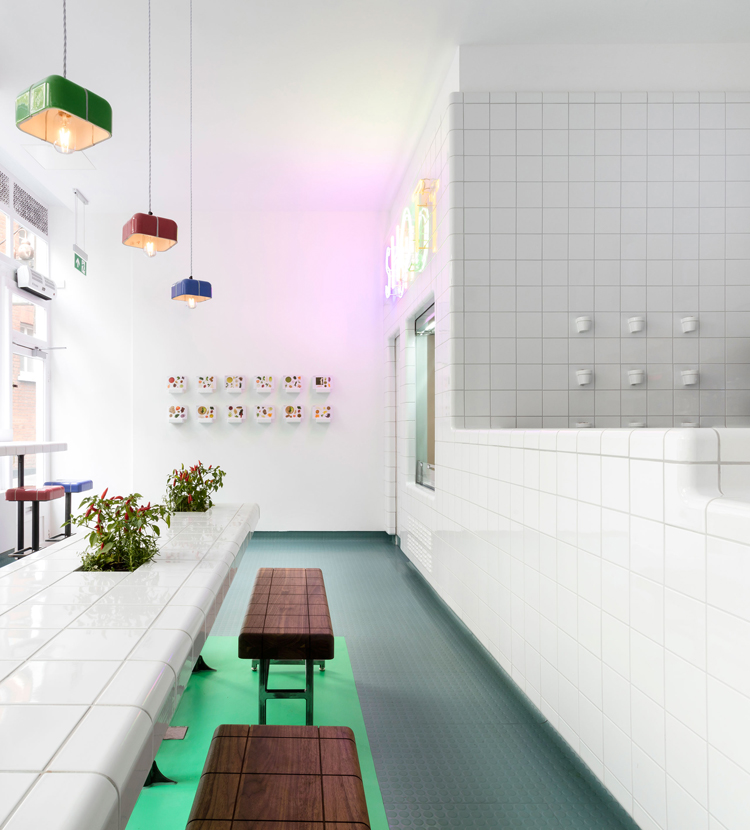 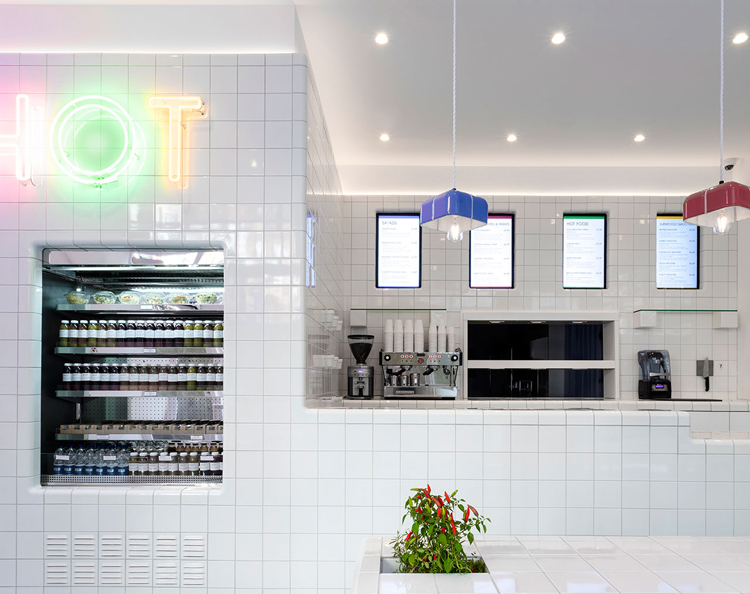 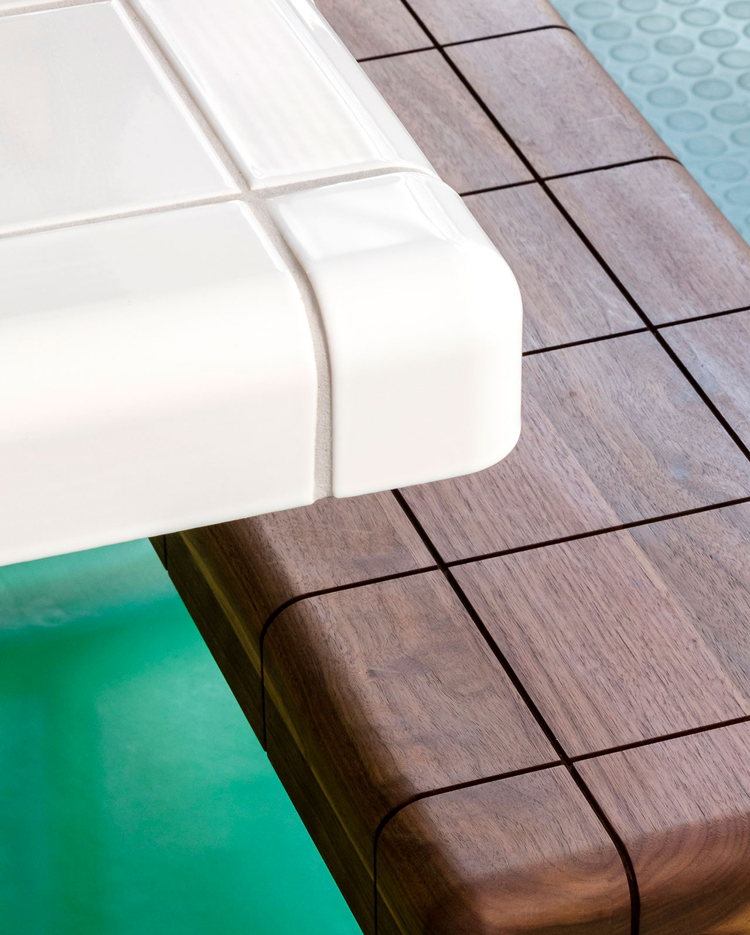 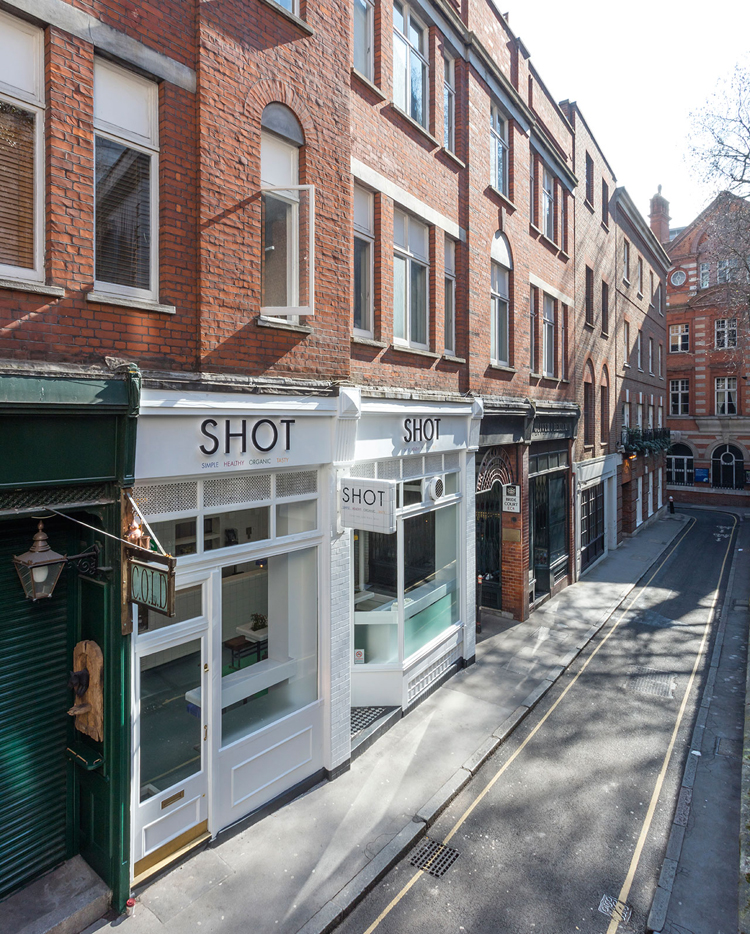 all images by Nicholas Worley