Italian architect and designer Piero Lissoni recently won a prize at the Arch Out Loud contest with his Aquatrium design. The striking structure would be a submerged aquarium, island, and public park situated on a vacant piece of land and basin in Queens, New York. 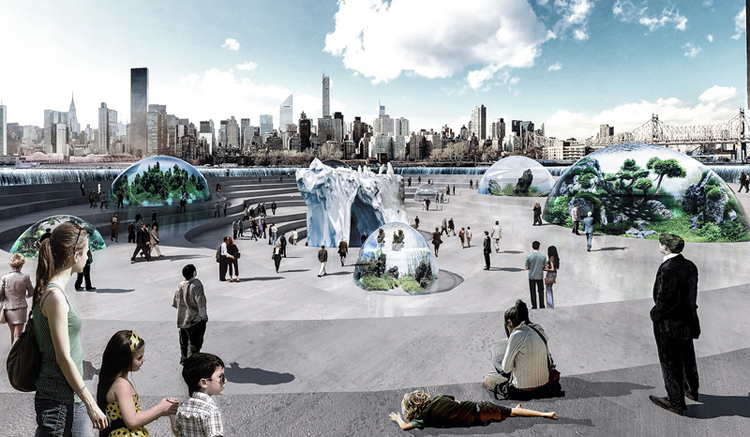 No better position could be chosen to represent the most important NYC Aquarium than the East River itself. The project creates a dynamic system that interacts with its surroundings, offering multiple ways to experience the water world represented by eight triple-height transparent biomes: four Oceans (Atlantic, Pacific, Indian and Southern) and four Seas (Caribbean, Mediterranean, Tasman and Red Sea), while the North and South Poles are expressed by a visible iceberg in the center of the Atrium. 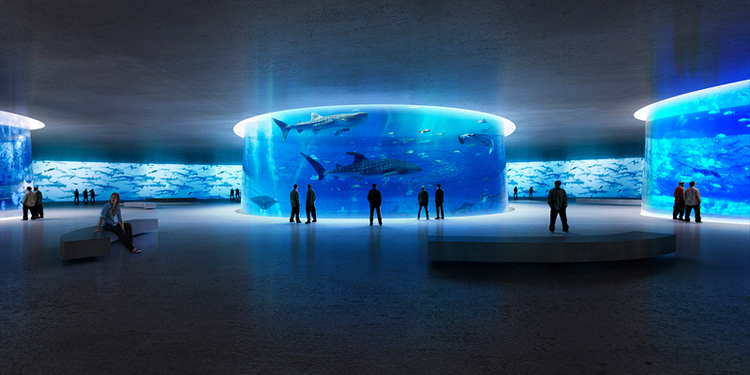 The site is excavated to become a spacious and innovative water basin, with the Aquarium and Marine Center forming a submerged two-level island accessed via a perimetral ramp that starts from the lobby entrance and leads visitors along the biome pathway. A sloped beachfront encloses the parking area to form a panoramic public space, while a boardwalk surrounds the basin to become a floating ring connecting the two waterfronts and encompassing the Aquarium and its sliding roof. 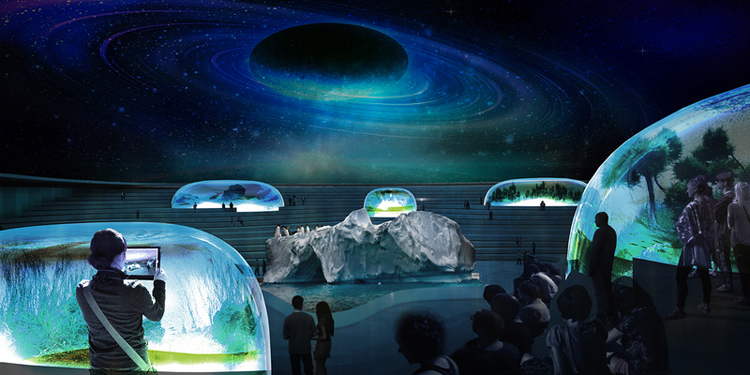 The main idea is to generate an environment whereby visitors feel that they themselves are entering the water to discover the beauty of the marine life on display; a living shell that opens to the sky during the day to reveal the sea worlds and which closes as darkness falls to take on a “second life” as a planetarium, protecting the arena and the biome domes within, like a shell protects the pearl. 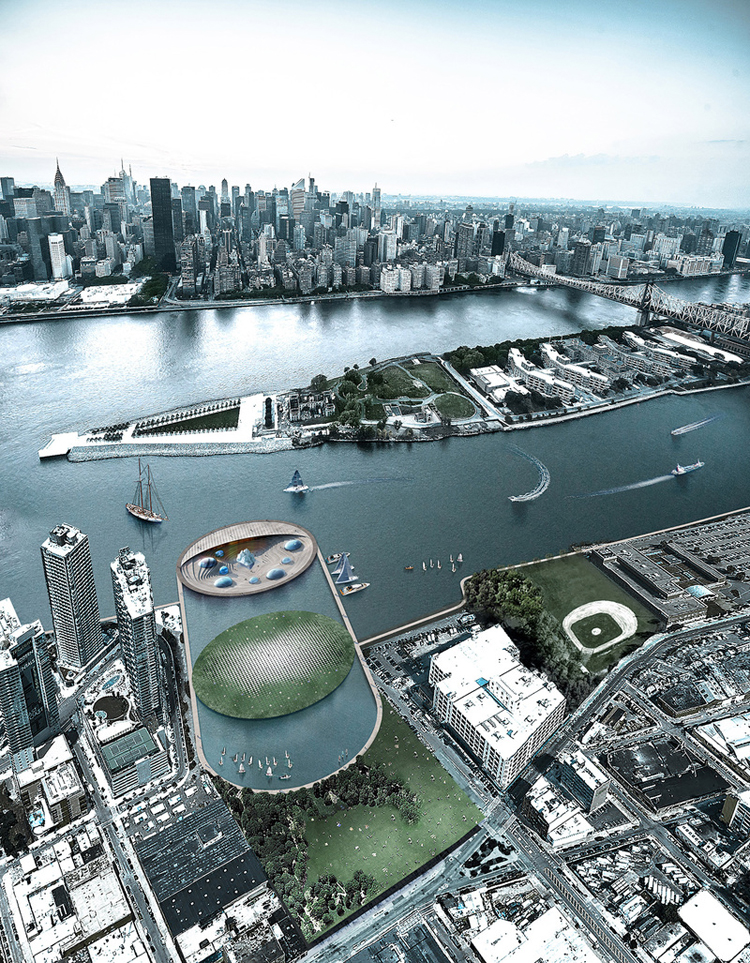 all images courtesy of Arch Out Loud