Ryumei Fujiki and Yukiko Sato (F.A.D.S) designed this home for an art appreciator and amateur artist who wanted a “house like an art museum.” Planned with careful consideration for air circulation as well as for the harsh, snowy climate of the Japan Sea coast, the structure is composed of white boxes of varying scale that frame spaces like pictures. 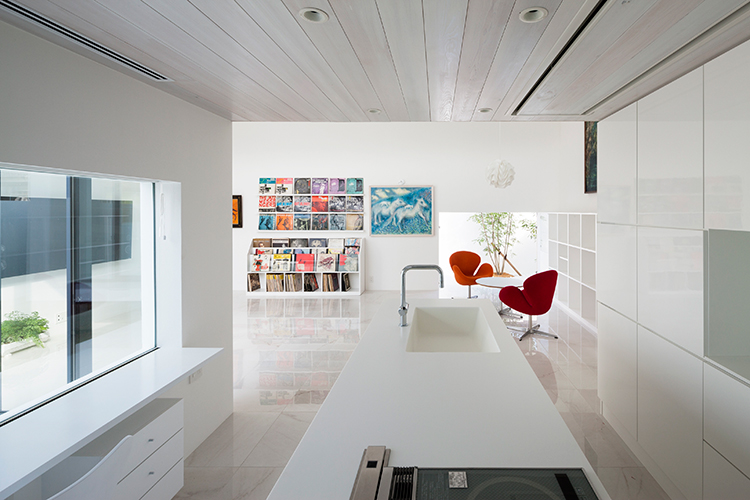 You can circulate through the spaces in this home looking at the owner’s collection of artwork just as if you were passing through galleries in a museum. The structure fulfills the client’s request that passersby not be able to see inside, while also letting in fresh air and sunlight and achieving a well-sequenced, multi-layered spatial composition. Although the home is made up of a number of cubes of different sizes, the architects tried to create a structure that was as seamless as possible, with the spaces forming a single connected unit. In addition,  the client wanted to be able to draw in both the garden and the studio, so the architects included a courtyard that could be accessed directly from the north-facing studio. 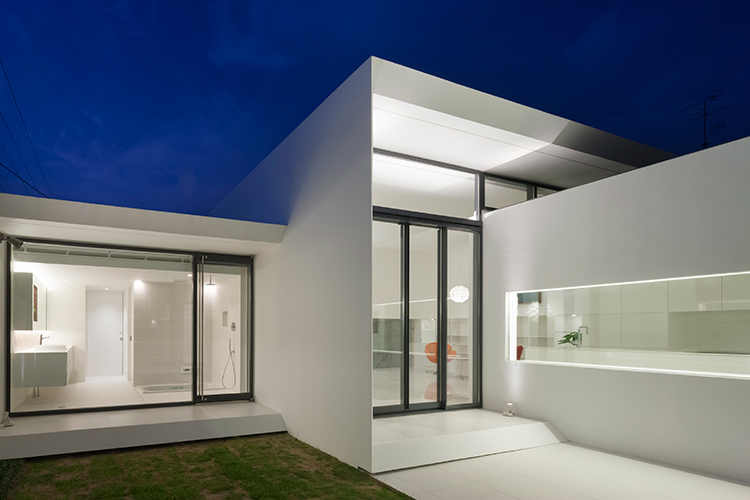 It goes without saying that the top priority was fulfilling the client’s wishes. The architects began by measuring the many works of art that the client had created and collected over the years. Next, they held a number of planning meetings to discuss where to display each work of art, among other issues. For instance, they determined the height of the living room ceiling based on the wall size that could accommodate a painting measuring over 1.5 x 1 meter. In addition to the art collection, the client also has a large number of old records, mostly jazz. It was important to figure out a way to display them so their jackets would appear to best advantage. 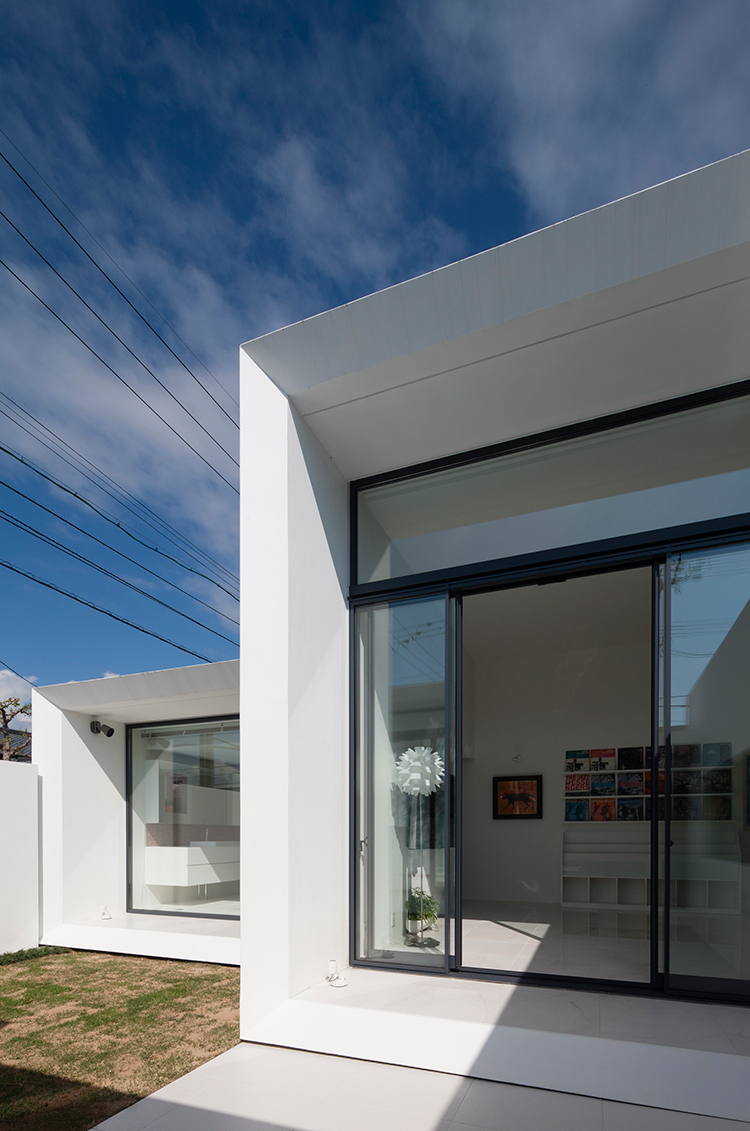 The architects considered very well the response to and interaction with the environment. The first thing was dealing with the snow. In regions with heavy snow, the shape of the roof is very important. Many homes are built on the assumption that someone will shovel the snow off the roof, but that’s a lot of heavy work, and dangerous. The initial proposal was for a budget-conscious, wood-framed structure with a gently-sloping roof that would naturally shed snow. In the end, however—and in part because of the client’s input—the architects decided on a flat roof with no parapet that would stay relatively snow-free because of wind action. 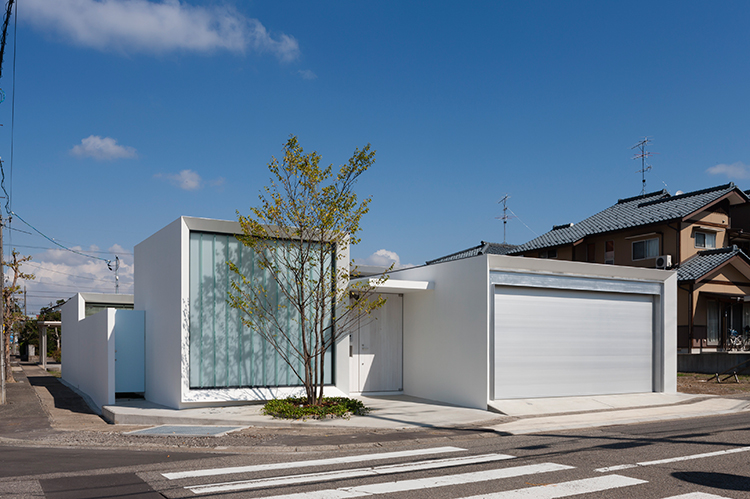 The second challenge was coming up with a plan that would create good airflow within the structure. To encourage natural ventilation, they created a temperature differential by designing two gardens, one on the south side that would warm up easily, and one on the north side that would remain cool. This is a traditional design method used in Kyoto townhouses. 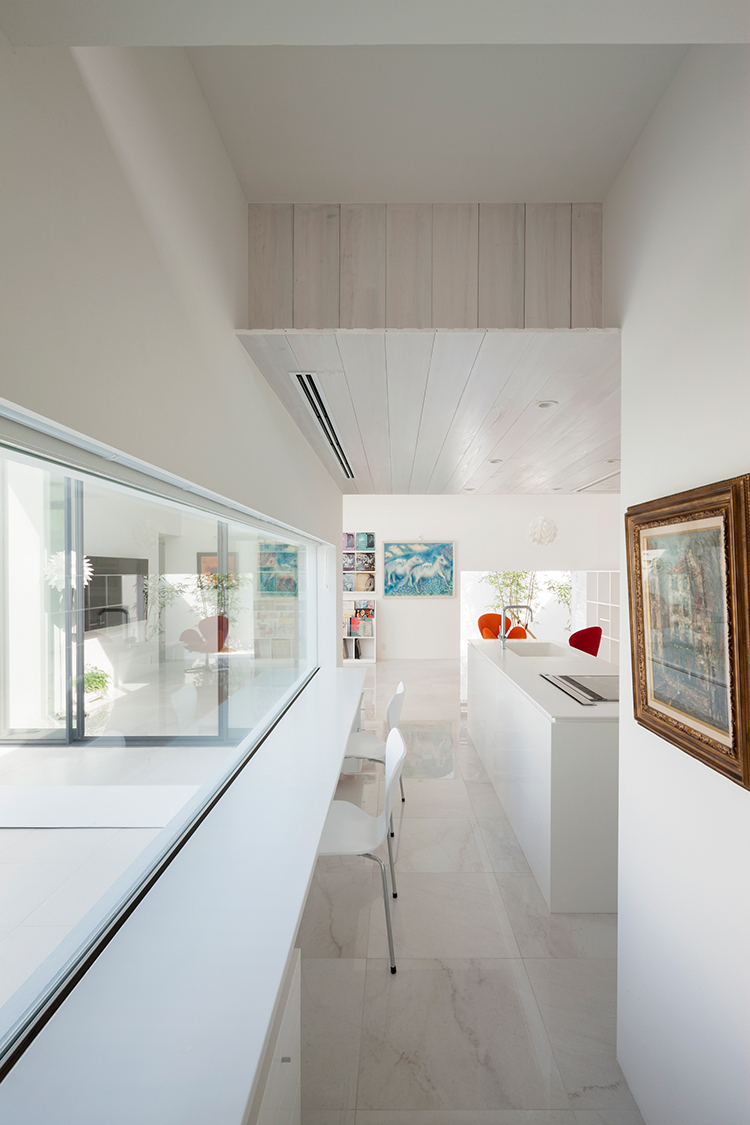 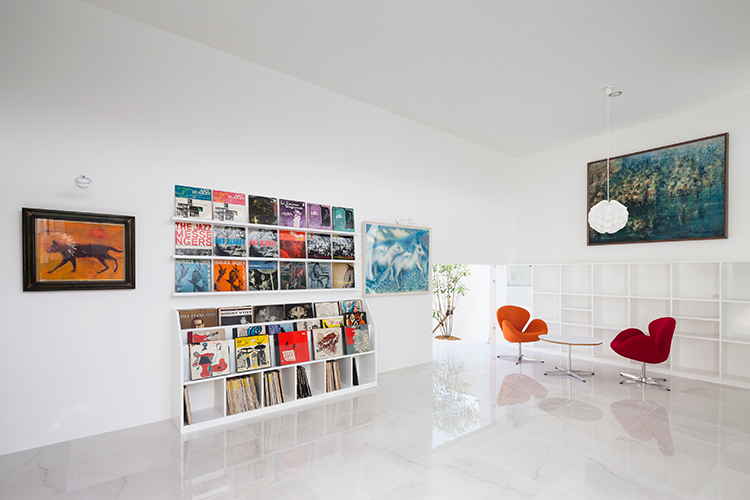 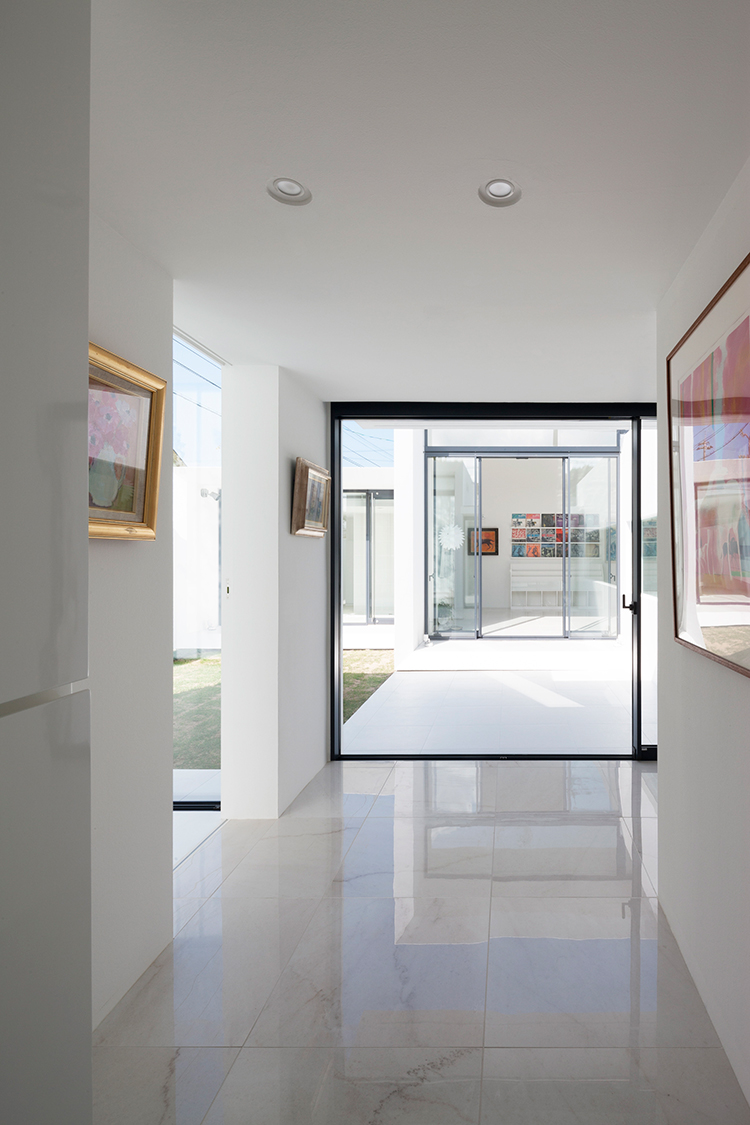 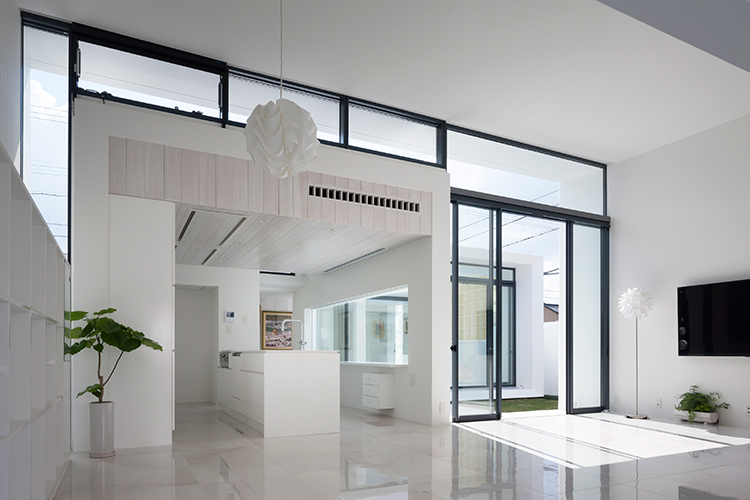 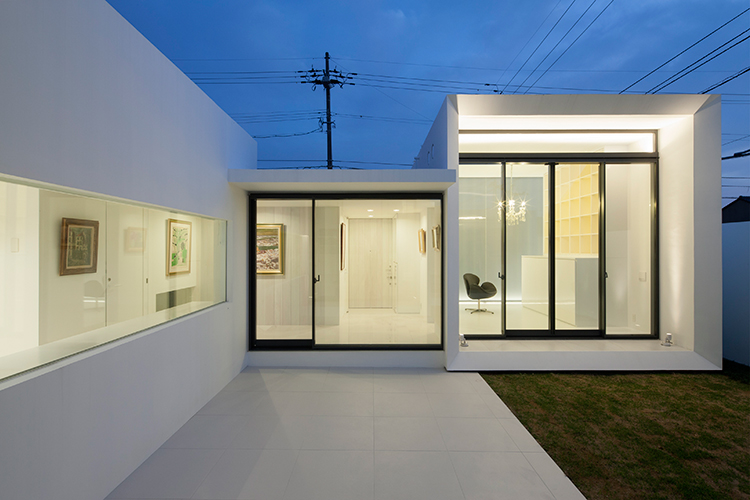 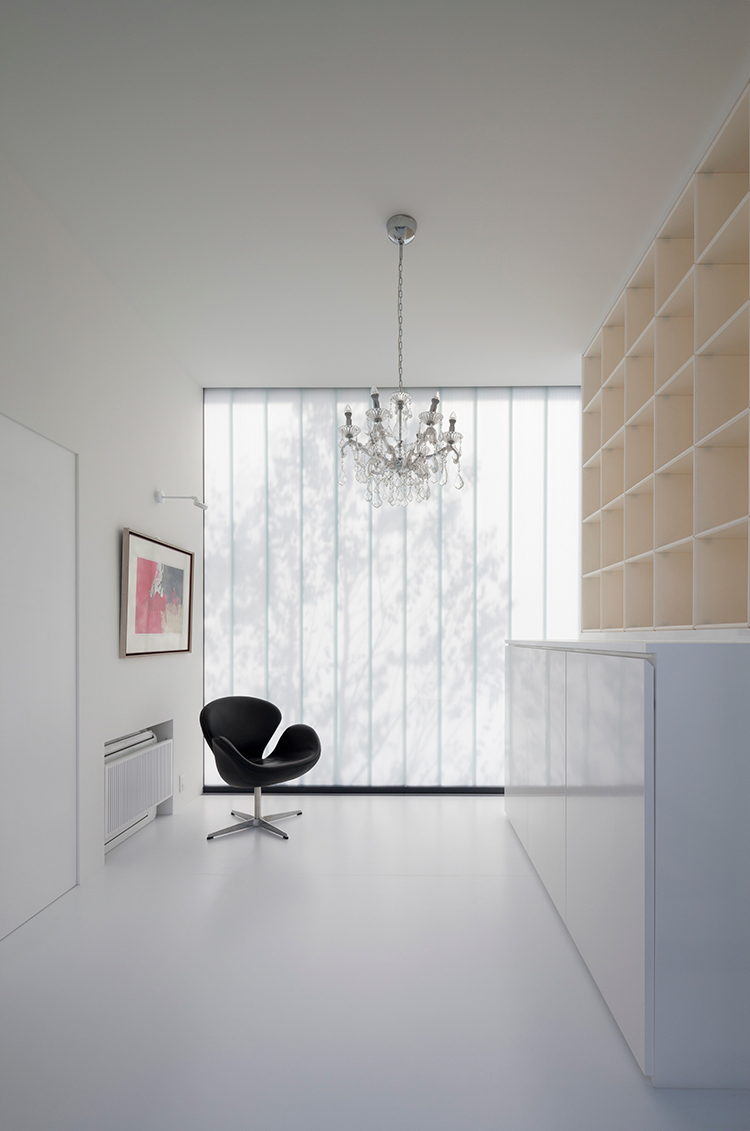 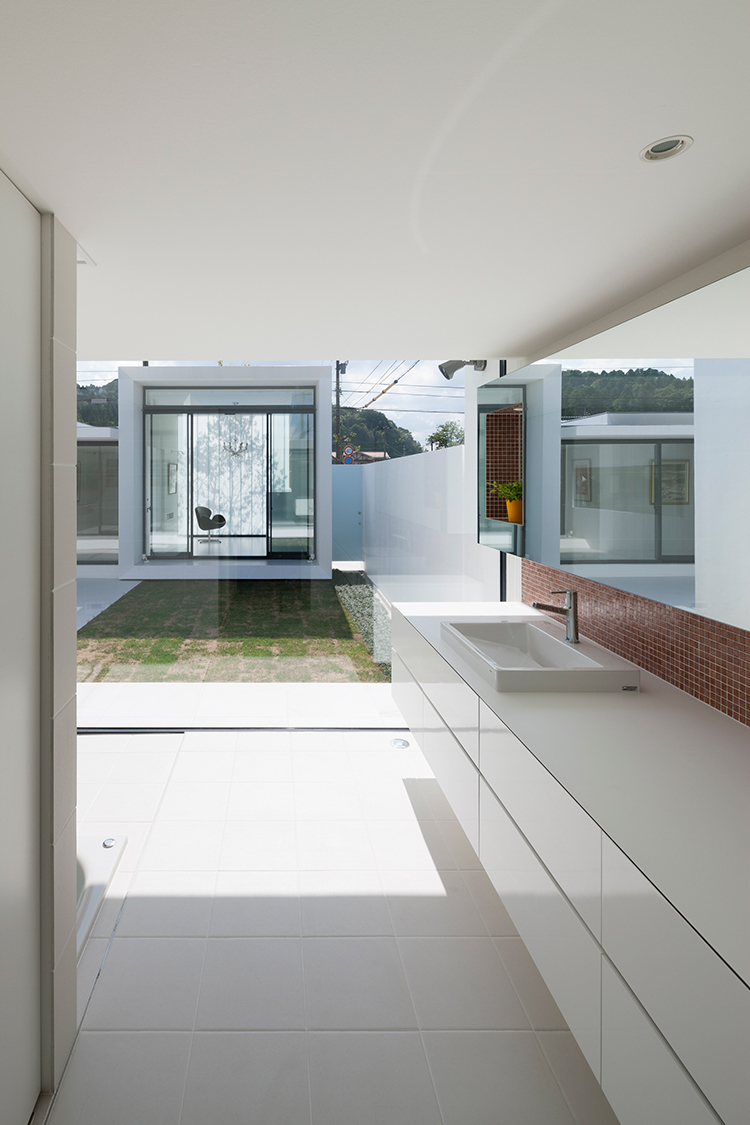