Inspired by beetles and constructed by robots, this striking garden pavilion conceived by a team from the University of Stuttgart has been installed in the courtyard of London’s V&A museum as part of a season of engineering events.

The Elytra Filament Pavilion has been created by experimental German architect Achim Menges with Moritz Dörstelmann, structural engineer Jan Knippers and climate engineer Thomas Auer. Menges and Knippers are leaders of research institutes at the University of Stuttgart that are pioneering the integration of biomimicry, robotic fabrication and new materials research in architecture. 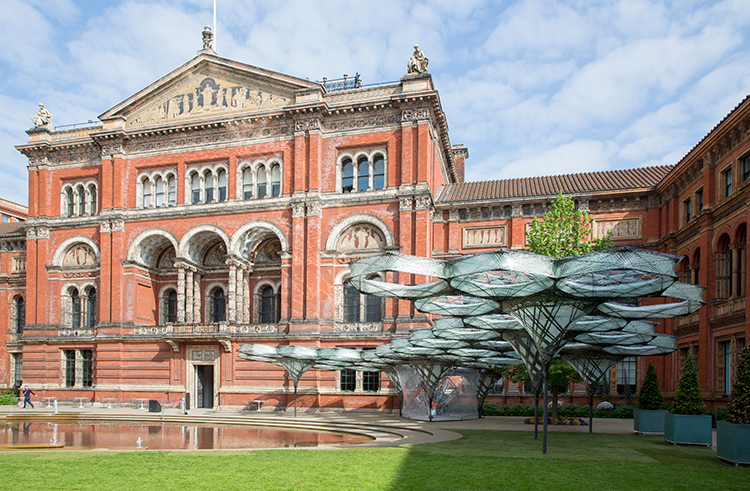 The pavilion explores the impact of emerging robotic technologies on architectural design, engineering and making. Its design is inspired by lightweight construction principles found in nature, the filament structures of the forewing shells of flying beetles known as elytra.

Made of glass and carbon fibre, each component of the undulating canopy is produced using an innovative robotic winding technique developed by the designers. Like beetle elytra, the pavilion’s filament structure is both very strong and very light – spanning over 200m2 it weighs less than 2,5 tonnes. 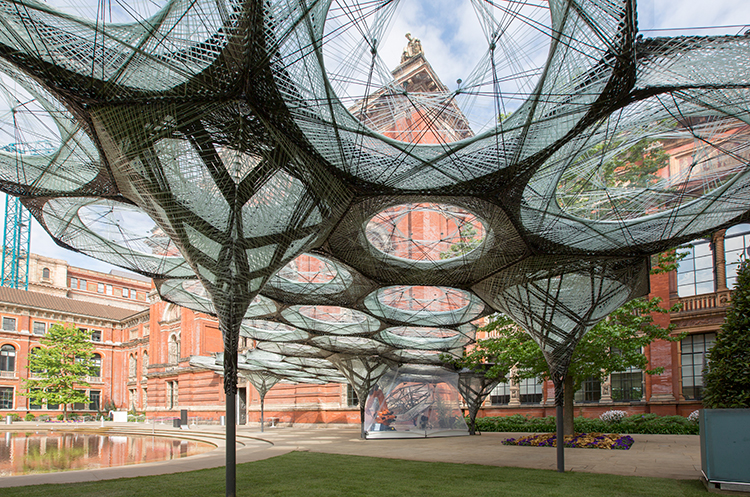 Elytra is a responsive shelter that will grow over the course of the V&A Engineering Season. Sensors in the canopy fibres will collect data on how visitors inhabit the pavilion and monitor the structure’s behaviour, ultimately informing how and where the canopy grows. During a series of special events as part of the Engineering Season, visitors will have the opportunity to witness the pavilion’s construction live, as new components are fabricated on-site by a Kuka robot. 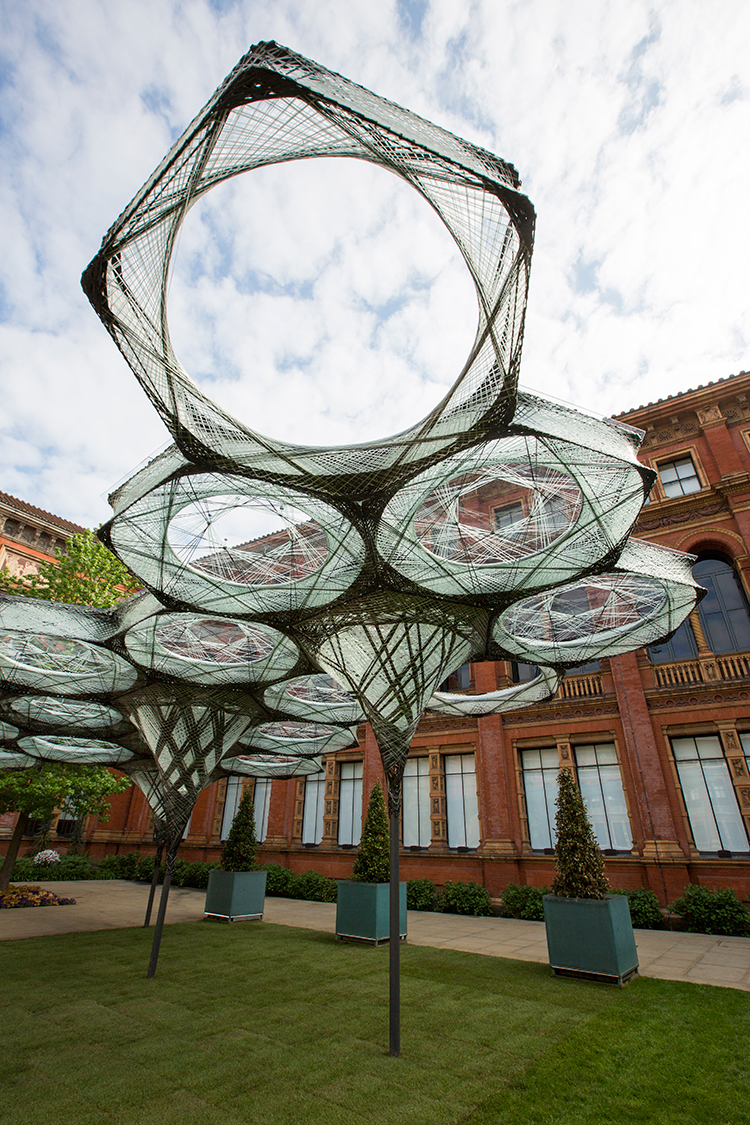 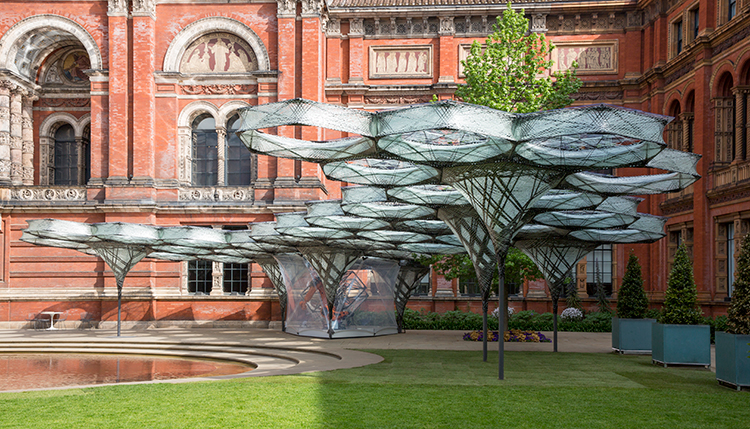 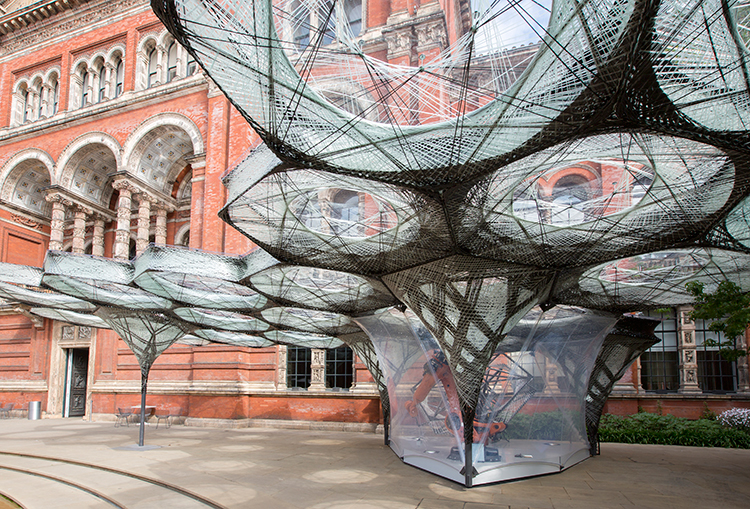 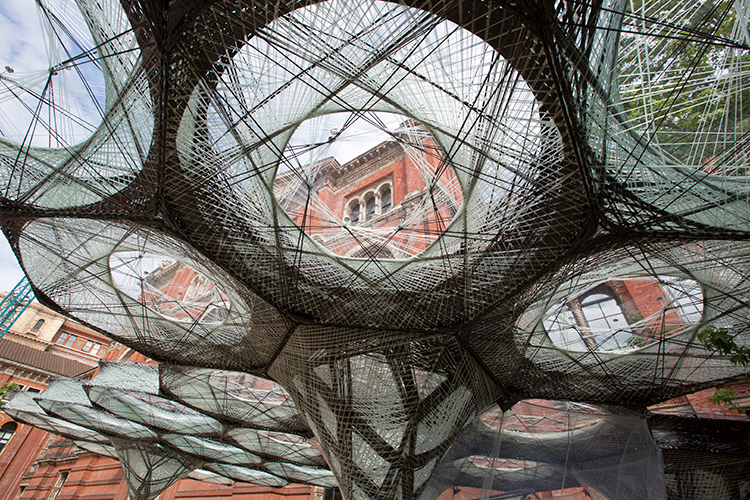 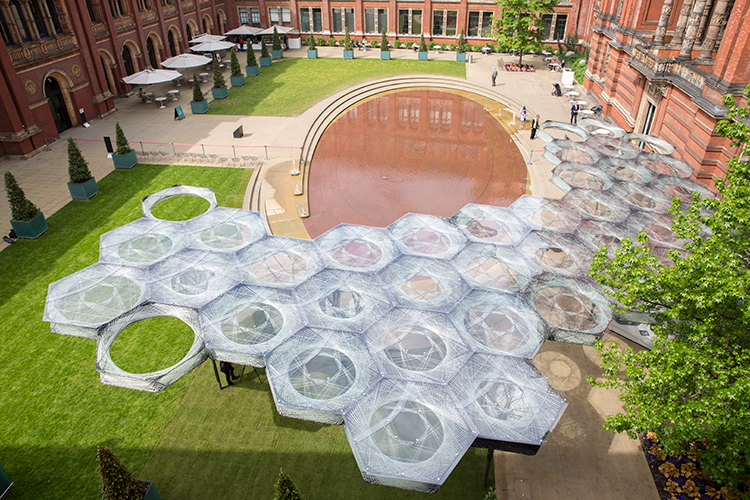