The architects create an apartment of 64 square meters with no walls, keeping the traditional mosaic floors that reveal the original room layout. All the elements are reorganized into the perimeter, placing the kitchen and the storage areas along the walls, providing spatial and visual continuity. 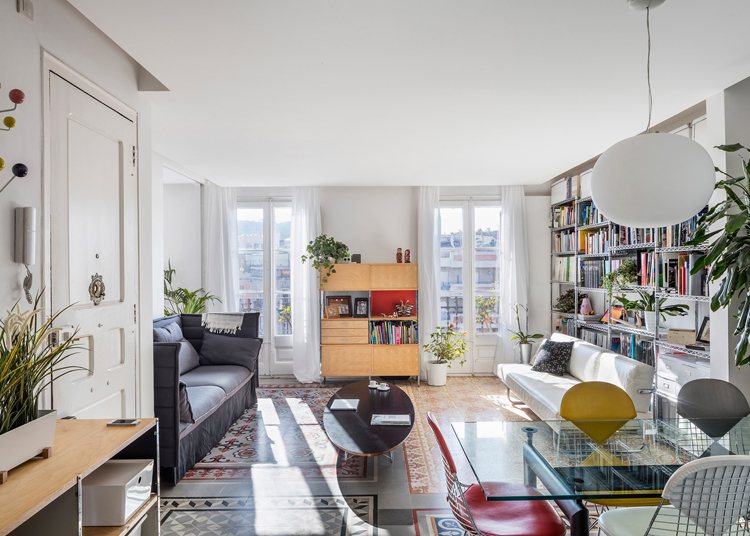 The private areas (two bedrooms) are located in the ends which can dialogue and interact with the public ones or keeping their independence when necessary with large sliding glass doors. 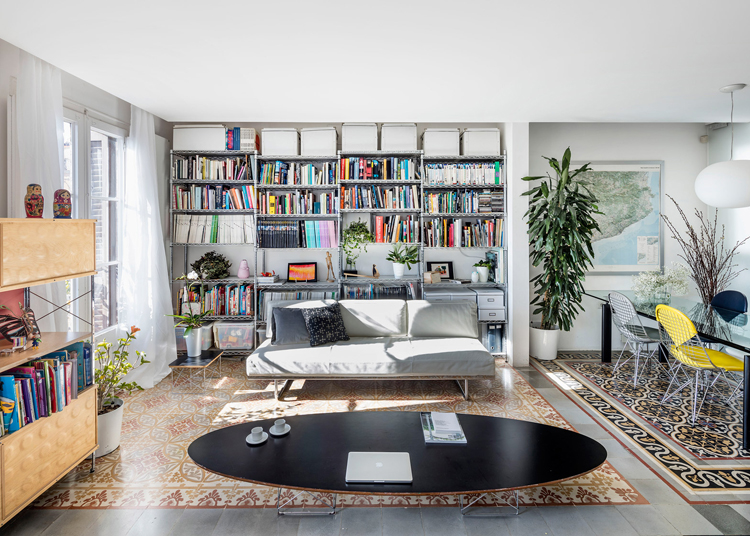 “We decided to use white laminated glass for the sliding doors because we wanted a neutral material in order to emphasise the colour of the mosaic patterns,” said the design team. “Another reason is that the apartment is very deep, 14 meters long, so by using glass sliding doors, the light can pass though them,” they explained. “It generates a sense of lightness and also reflects the environment.”

The result is a space filled with sunshine. “We wish the apartment became a peaceful and comfortable space filled with spring like transparent light and fresh breeze sweeping through the rooms,” conclude Joan Ramon Pascuets and Monica Mosset. 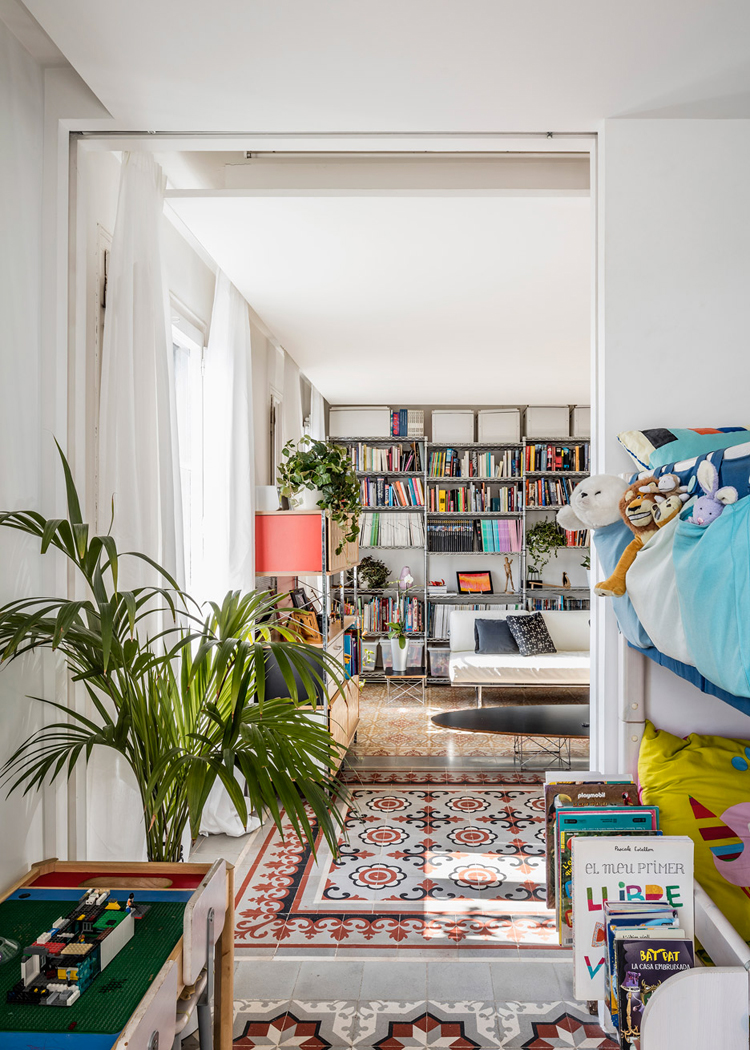 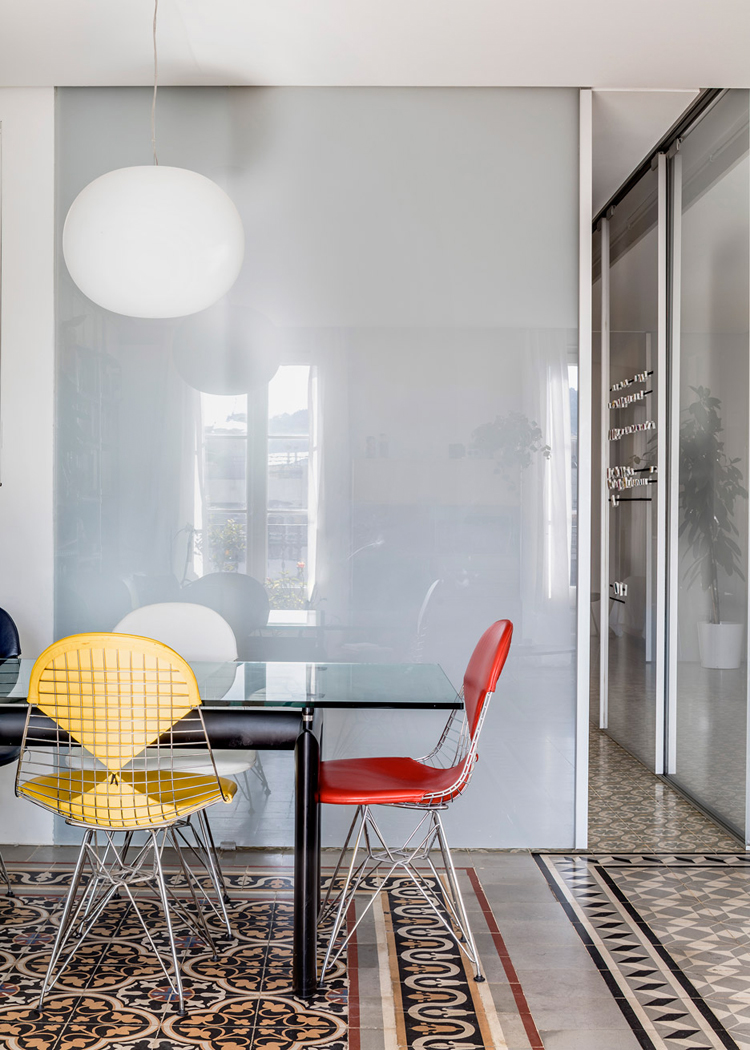 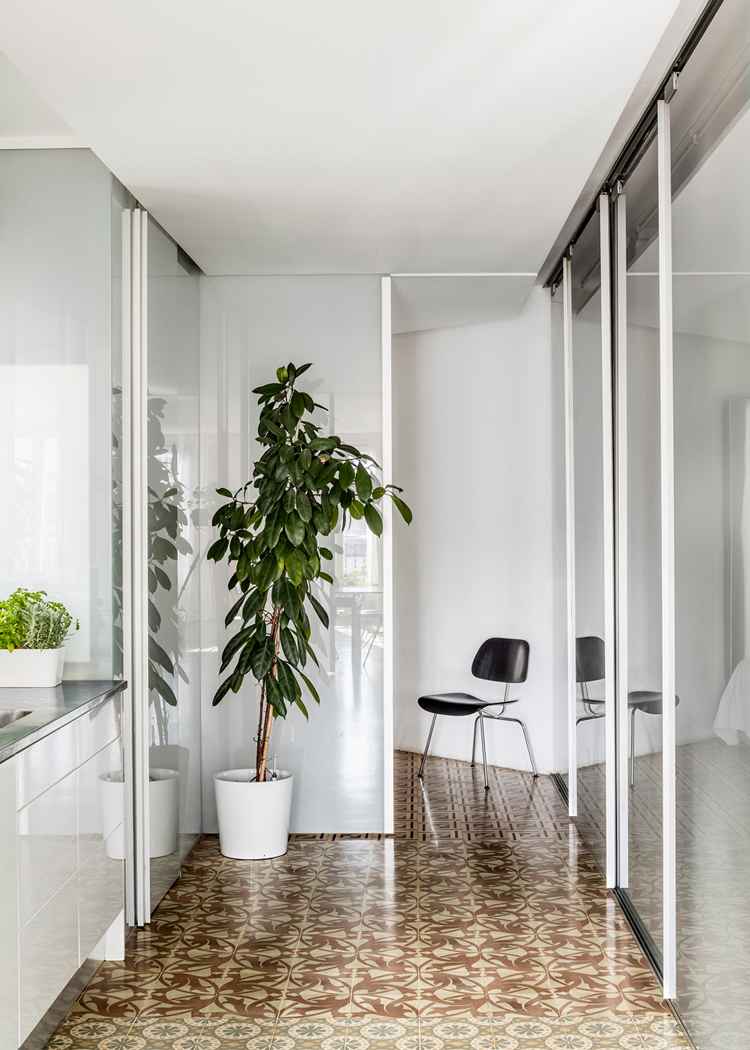 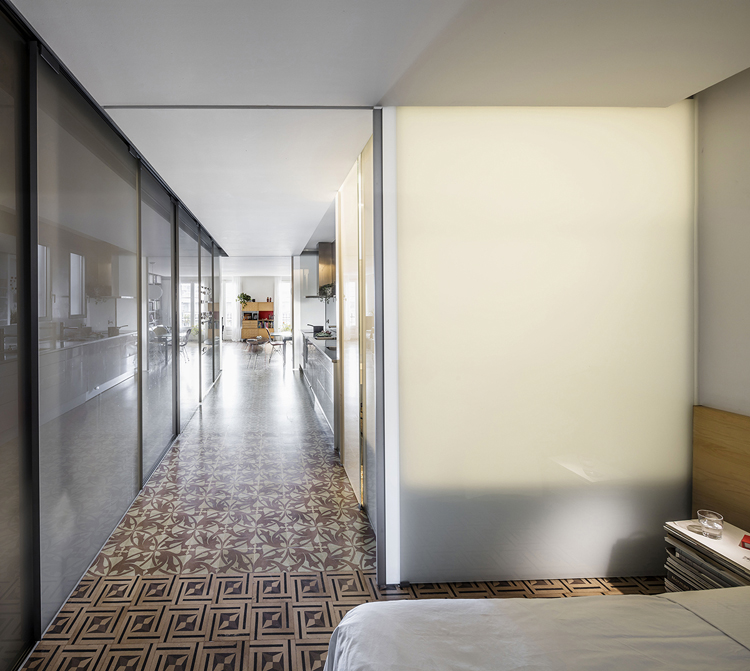 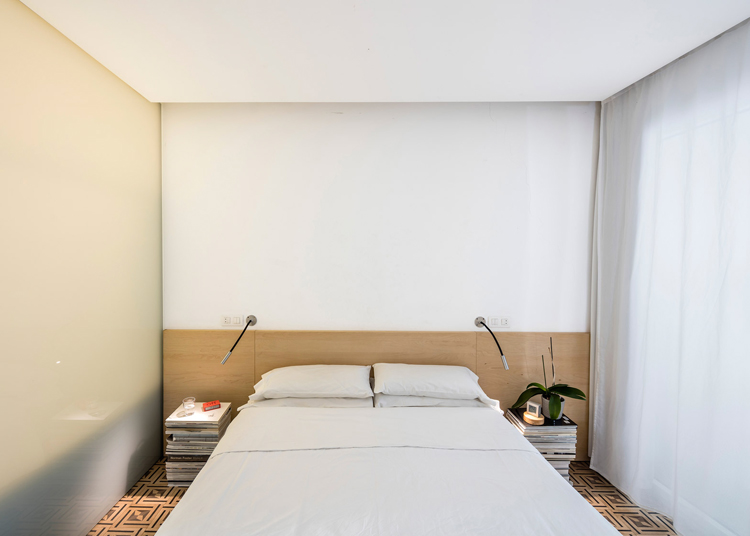 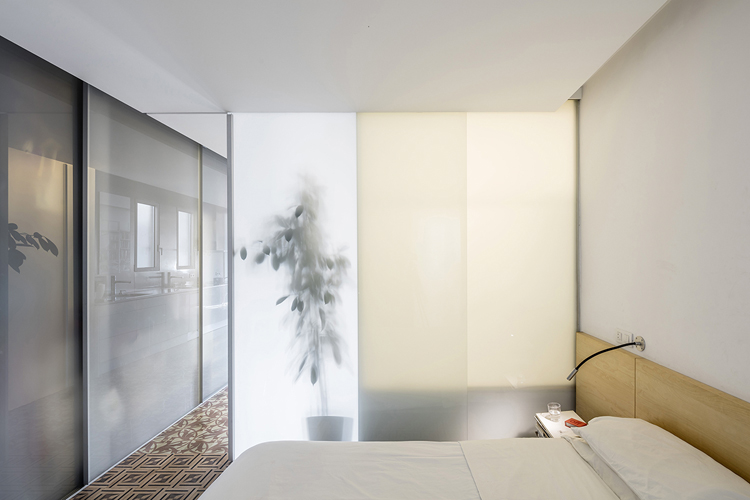