Tate Modern changed London when it first opened in 2000. Herzog & de Meuron transformed the derelict Bankside Power Station into a home for the UK’s collection of international modern and contemporary art, sparking local regeneration and creating a new landmark on the Thames. 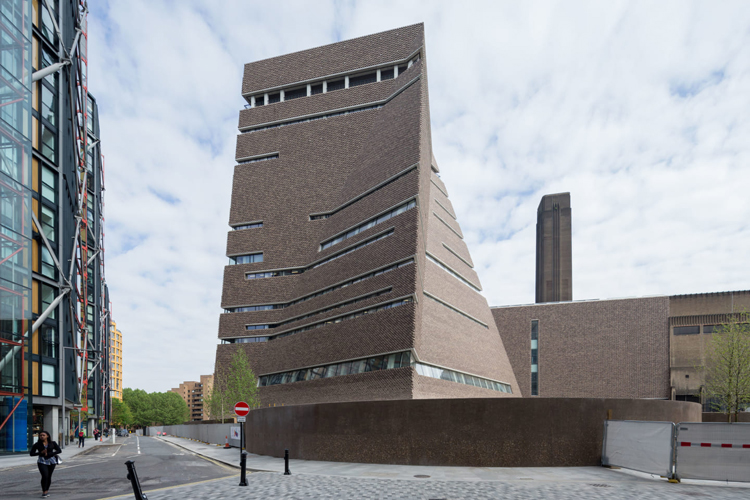 The power station’s original Boiler House was converted into galleries, learning studios and social spaces, while its Turbine Hall was turned into a huge open space for special commissions and events. Tate Modern quickly became the world’s most popular museum of modern art, attracting around 5 million visitors each year – more than double the number for which it was designed – while its collection grew to encompass a huge variety of art from around the world. 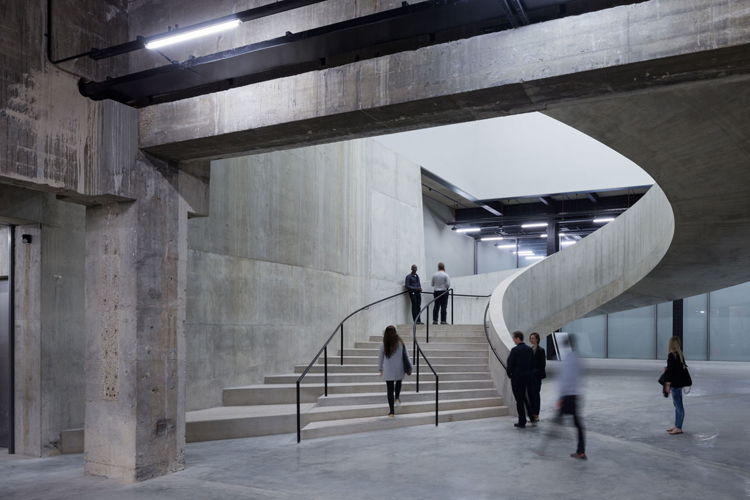 2016 marks the next phase in Tate Modern’s evolution, with the opening of a new 10-storey building to the south of the Turbine Hall on the site of the power station’s former Switch House. The new Switch House building is rooted in the cylindrical underground Tanks, each measuring over 30 metres across and providing the world’s first museum spaces dedicated to live art, installation and film. They form the physical foundations of the Switch House and the conceptual starting point for it, offering new kinds of spaces for a new kind of museum. 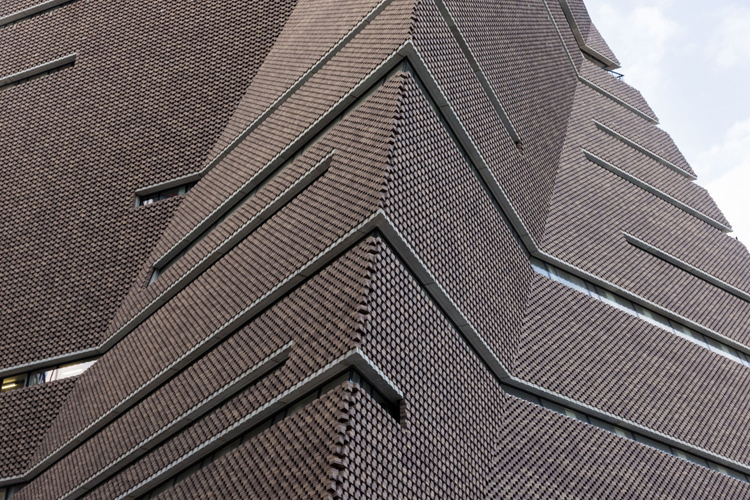 Above them are three additional floors of world-class galleries with a wide palette of volumes, from intimate small-scale environments to dramatic top-lit spaces. They are complemented by extensive areas dedicated to learning and interpretation, as well as a new restaurant, bar and Members Room, topped with a public terrace offering 360-degree panoramic views of London. A new bridge across the Turbine Hall joins the existing Boiler House galleries on Level 4 to the new Switch House galleries, uniting both sides with the Turbine Hall at its heart. 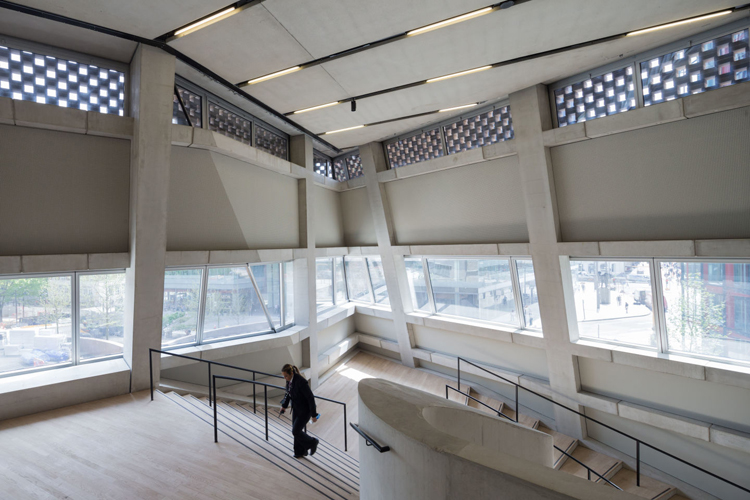 The Switch House arranges the new spaces into a unique pyramid-shaped tower, with its concrete structure folding into dramatic lines as it rises. Reinterpreting the power station’s brickwork in a radical new way, it is clad in a perforated lattice of 336,000 bricks. This unique façade allows light to filter in during the day and to glow out in the evening, transforming a solid, massive material into a veil that covers the concrete skeleton of the new building. 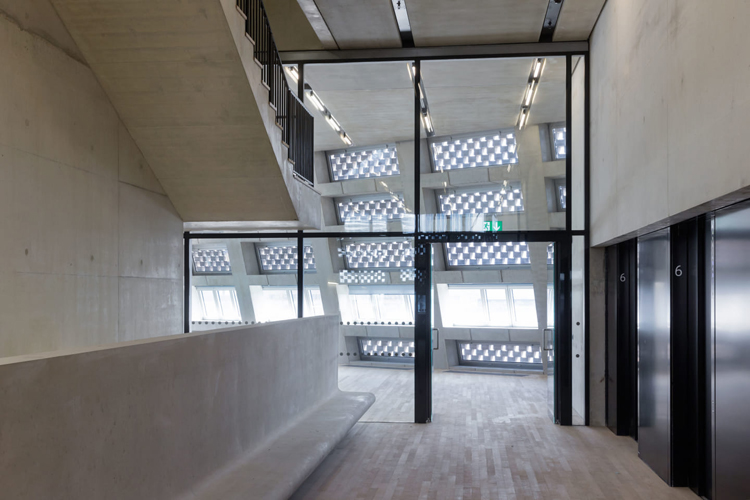 Thin vertical windows in the new galleries echo those in the Boiler House, while also allowing visitors to look out over the landscape or across the Turbine Hall. As visitors journey up through the Switch House, long horizontal windows are also cut across the façade to offer new views and reveal details of the brickwork. The resulting exterior creates both an iconic addition to the skyline and a unified Tate Modern. It also puts environmental sustainability at the heart of its design, with a high thermal mass, natural ventilation, solar panels and new green spaces. 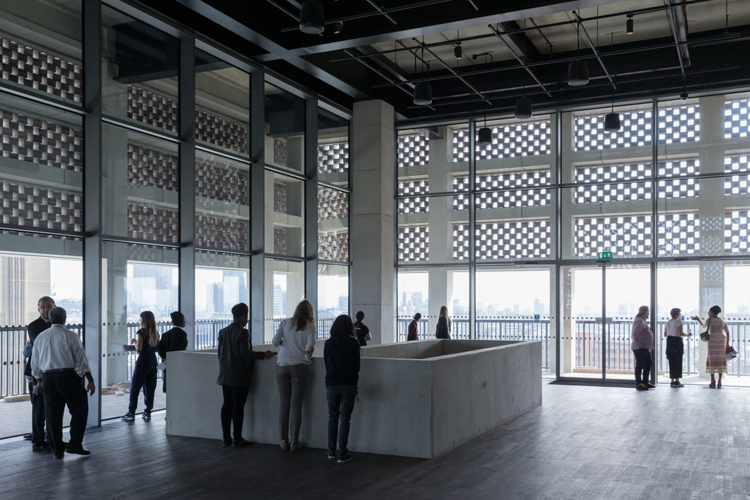 Reuniting the team who developed the original Tate Modern, Herzog & de Meuron have worked with Vogt Landscape Architects and designer Jasper Morrison. Two new public squares are being developed around the site, while the footprint of the Tanks is echoed in a large terrace opening out from the new southern entrance. Specially-selected furniture by Jasper Morrison will complete the interior of the building, responding to its varied architecture from the galleries and concourses to the restaurants and bars.

Tate Modern will also host a free display of Morrison’s designs to mark the opening this summer, and a book about the building will be published this autumn, edited by Nicholas Serota and Chris Dercon and featuring interviews with Herzog & de Meuron, Günther Vogt and Jasper Morrison. 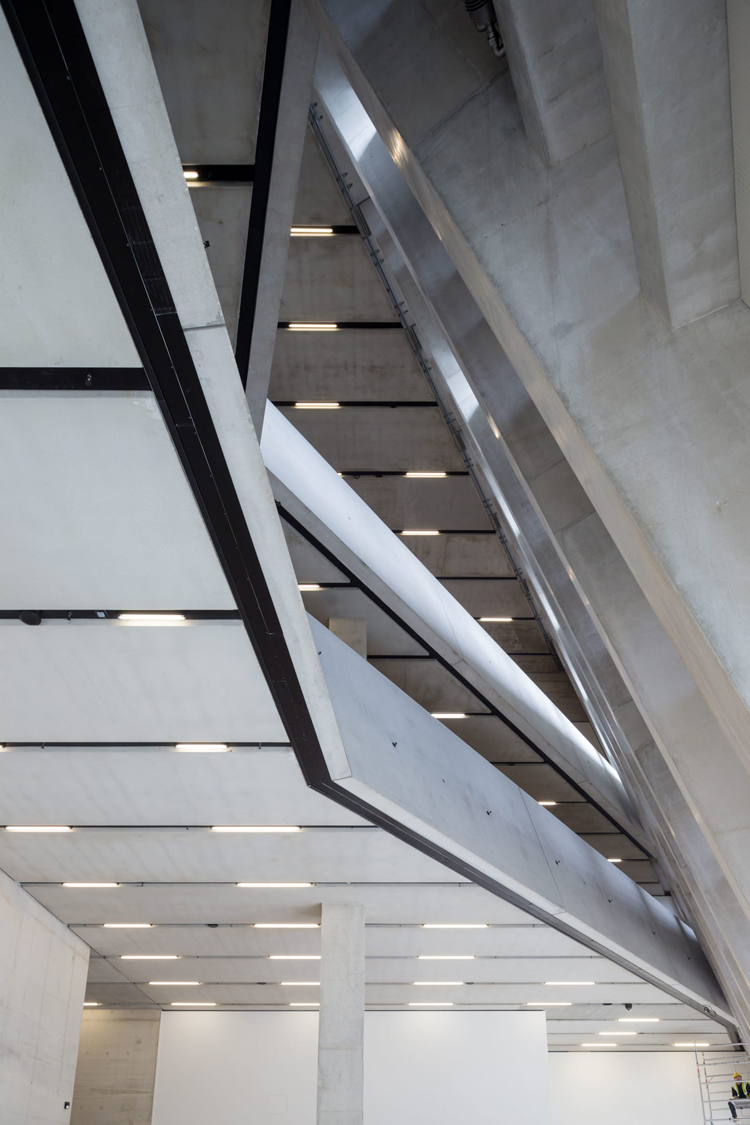