Dutch firm MVRDV has created an entirely see-through office inside this office block in Hong Kong. MVRDV stripped an old industrial building down to its bare bones and utilized only glass with stainless steel infill to build up the interior spaces. The 18,000 square meter site now stands as a transparent office space including retail and restaurant programs.

“We are moving into a transparent society, businesses are becoming more open with the public, and people care more about what goes on behind closed doors. In that way, a clear workspace leaves nothing questionable, nothing hidden; it generates trust.” Tells MVRDV co-founder Winy Maas, “But also it is an opportunity for the building to become a reminder of the industrial history of the neighbourhood, monumentalised in a casing of glass.” 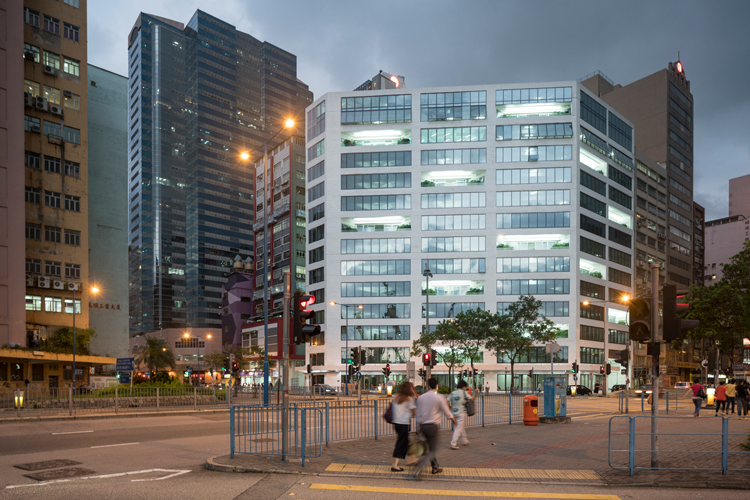 133 Wai Yip Street takes a new approach to development in Hong Kong, reusing the existing building and reinforcing the area’s original character rather than wiping the slate clean with solely new builds. The goal was to expose the inner workings of the building including the structure and installations, but not only this, to show the free-flow movement within the building, the inner-workings of the companies inside and the technical components which allow the office to function. Glass lifts in glass shafts reveal everyone’s movements up and down the building once they have been welcomed into the lobby with it’s large, specially designed, light sculpture; even the fire-stairs are encased in fire-resistant glass. 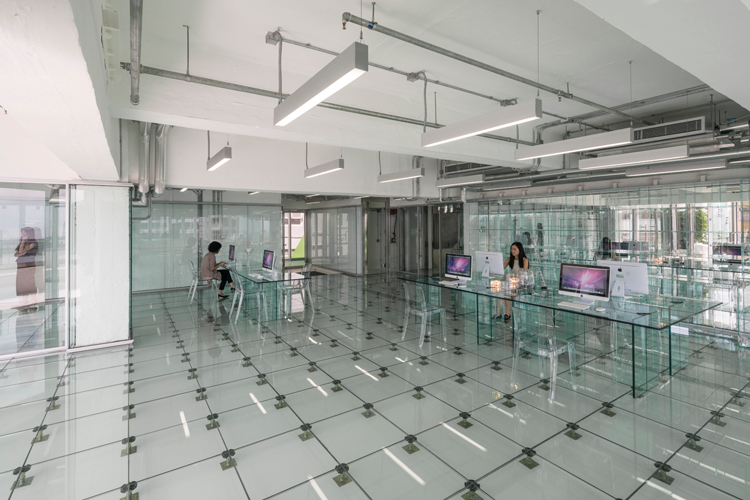 The former building closed itself off from the street behind with rendered and tiled concrete walls and tiny windows. In order to humanise the surrounding area and create a more approachable environment on all sides, the rear façade has been stripped back and replaced with glazing. Through doing this the communal areas and vertical circulation of the building are exposed, giving pedestrians an insight into the happenings of each office and the movement of those inside. 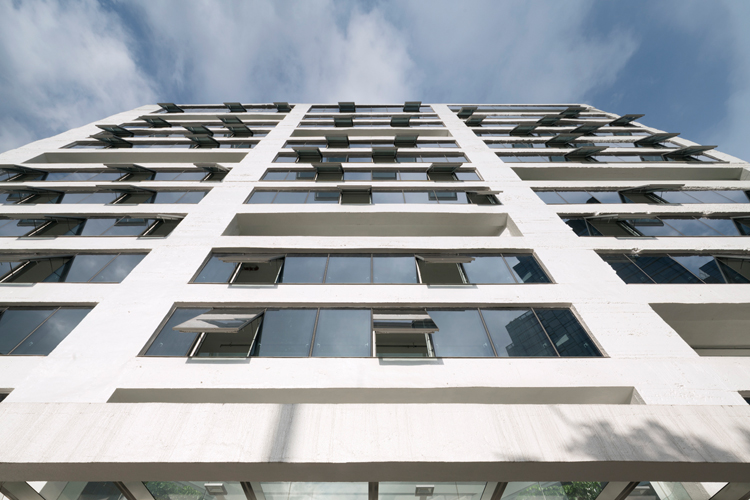 The previously dark and labyrinth-like insides have been completely stripped out to open up the programme and allow light to flow through the building. Communal areas, services and vertical circulation have been moved towards the rear of the building. The floor plan now allows for each floor to either be occupied by one tenant, or for them to be separated into as much as four separate work spaces through the addition of light, glazed infill. 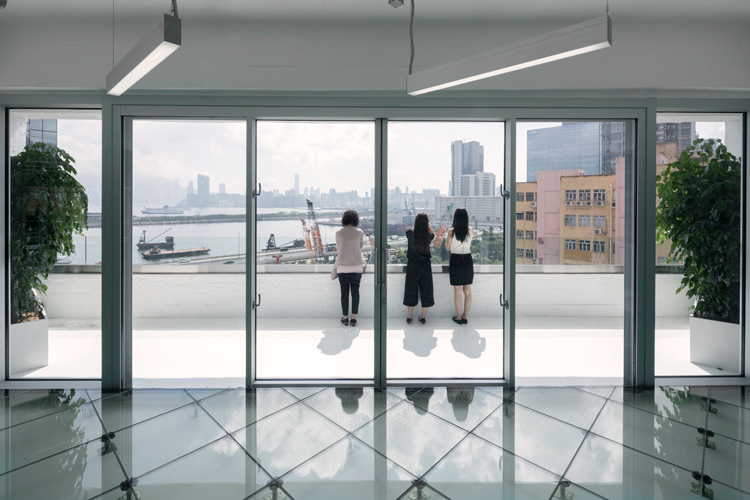 Despite large amounts of glass elements, the building has a 17% lower annual energy consumption as well as a 15% lower peak electricity demand compared to average offices in Hong Kong.

MVRDV have recently unveiled other projects that boast the heavy use of glass and the concept of transparency: Crystal Houses and the Infinity Kitchen at the Venice Biennale 2016 and the Glass Office is, for now, the MVRDV’s last project in an ongoing exploration into the alternative uses of glass in architecture. 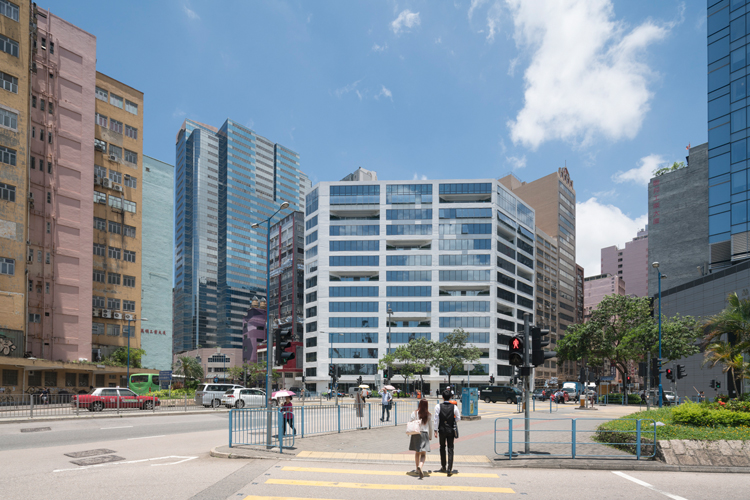 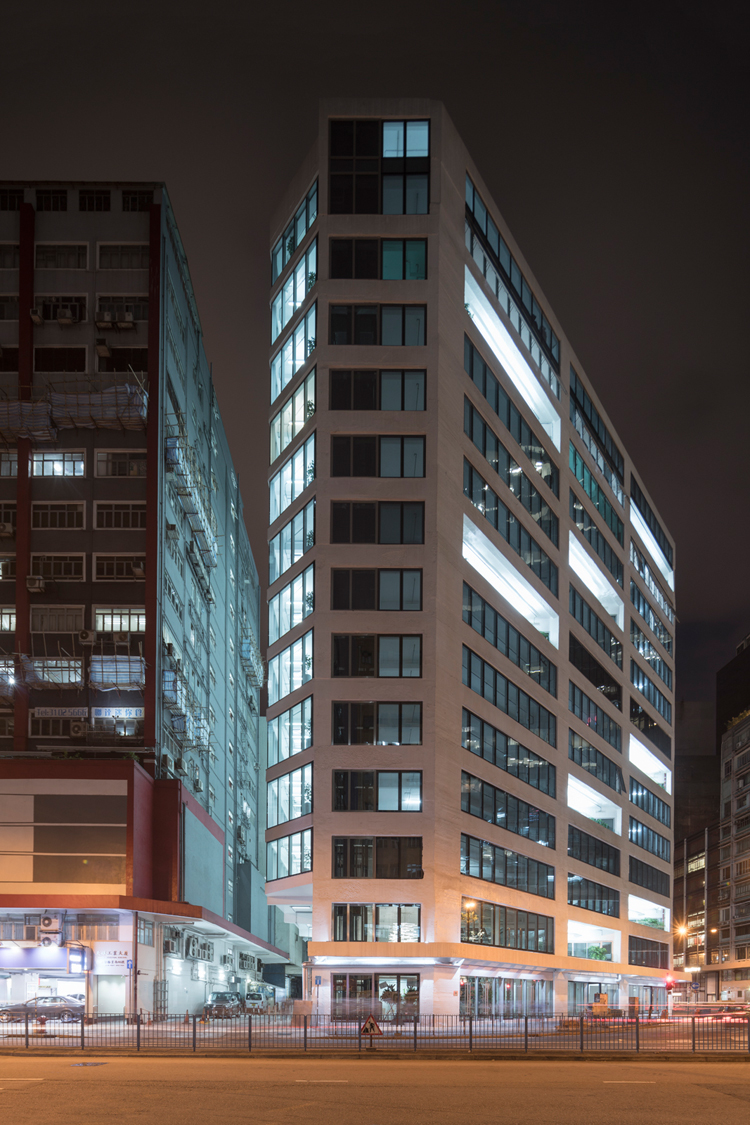 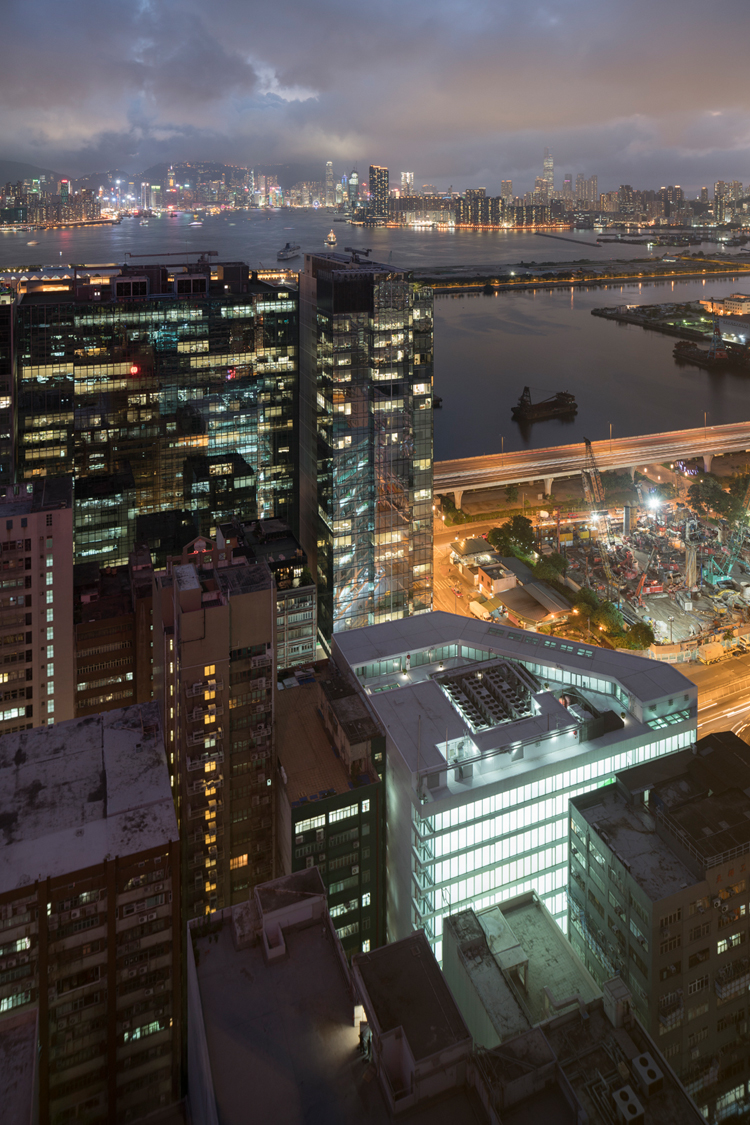