A bold black wooden extension that surveys the landscape, connecting the late 19th century weatherboard dwelling to its large garden at its rear and to the views beyond. It is designed to provide generous, considered living and entertaining spaces for the young family. 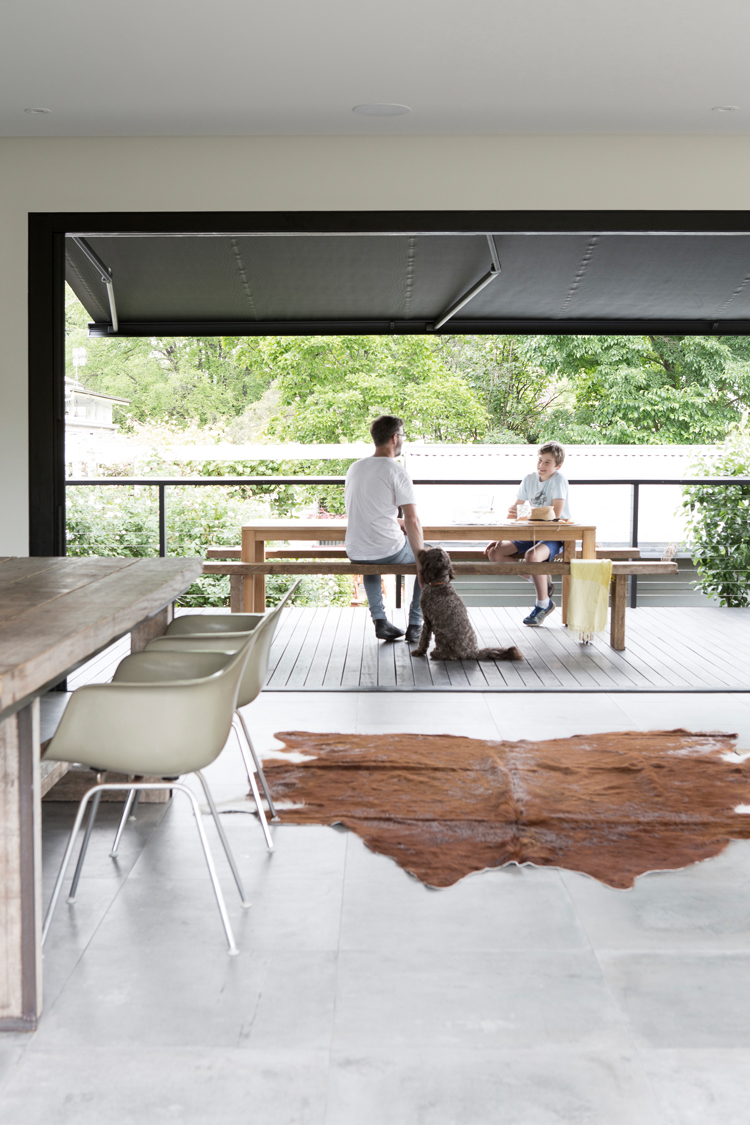 A new kitchen/living/dining room and new outdoor living spaces, totalling 165 sq metres were added, and an existing 25 sq metres changed into a secondary living room. A second stage will see the existing four bedrooms in the old house reconfigured and a bathroom added to the main bedroom.

One of the defining characteristics of this country region is the vast dramatic sky. Those architects conceived the extension ad a podium to anchor the house to the ground whilst connecting it to the vast sky above, and to the landscape in which it sits – with its rich, vibrant reds, yellows and oranges in the autumn. A 4 metre-long skylight runs the length of the kitchen, flooding the interior of the house with natural light at all times of the day, and glowing with moonlight and stars in the night sky. 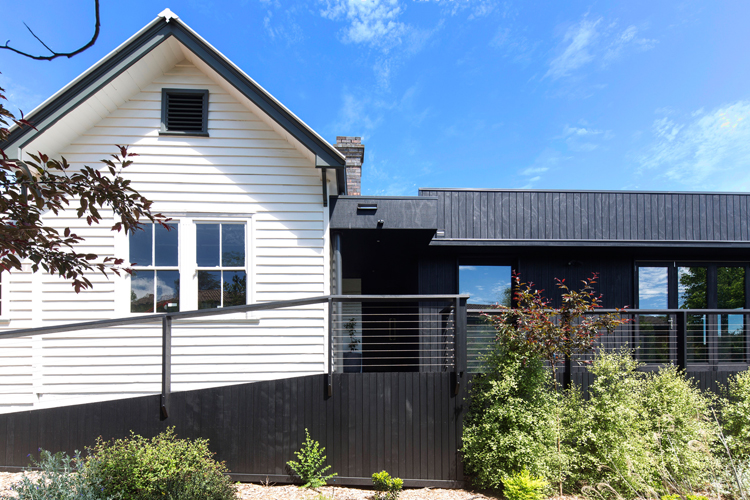 “One of our biggest challenges with this house was how to connect the new built form to the large garden at its rear, and back to the existing heritage listed house,” says Ben. “To achieve that, we had to deal with a significant level change between the existing cottage floor level and the rear yard, and also work out how to hitch a major addition on to the rear of a heritage listed cottage. We had to deal with the 150 years of history separating the two components of the house.” 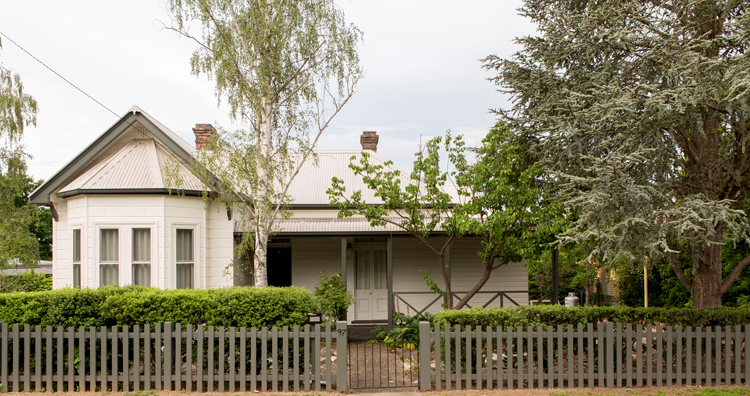 “We decided to keep the levels consistent throughout, firstly, so that movement flowed well between the spaces for sleeping, living, cooking and entertaining. Secondly, this house effectively sits in a valley between distant hills. The sky and the broader landscape are a major influence on how people live and feel up here, so we felt it was crucial for the addition to sit ‘above’ the ground plain, providing visual connection to the landscape and the hills beyond,” says Ben. “That allowed us to respect the old house, essentially leaving it intact and creating a clear distinction between the two architectural forms. We then created spatial program between the two elements.” 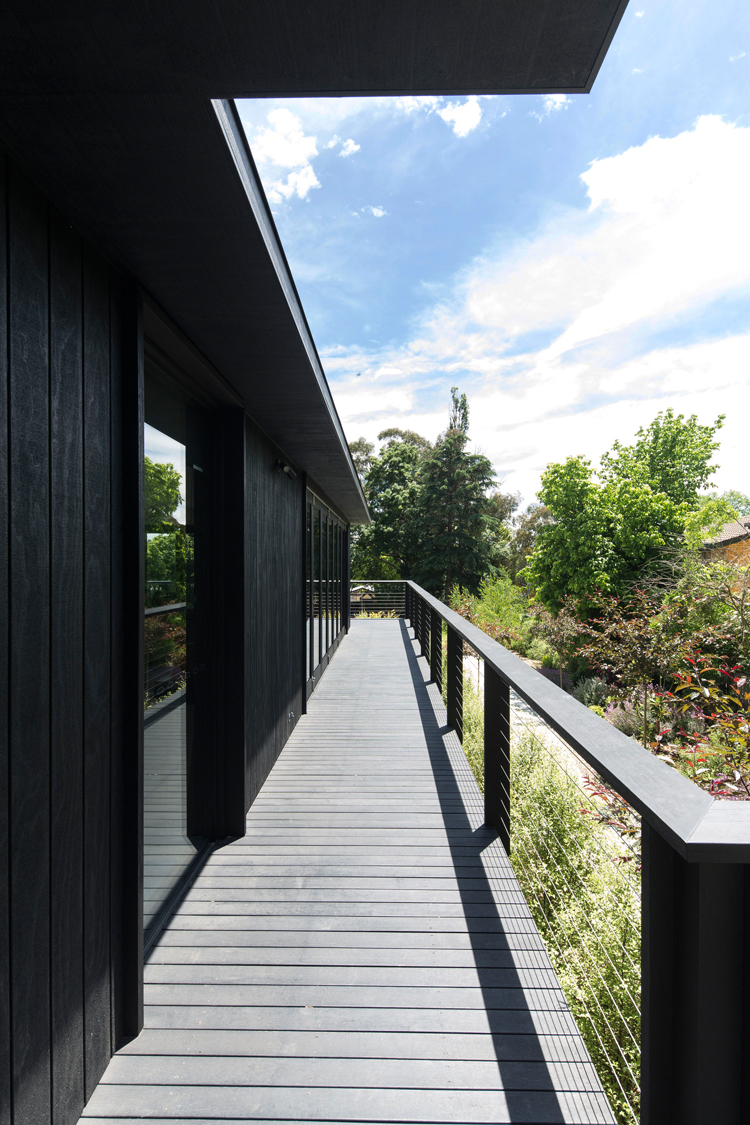 “The entry foyer now acts as that connecting device and is centred around the original fireplace which we were intent on maintaining. The original brickwork has been soda blastered to remove layers of paint and the chimney is now the first thing that greets visitors to the dwelling upon entry, a strong reminder that this is no contemporary annihilation of an old building. It also works programmatically for the house to separate the private areas, which are all at the front of the house within the existing cottage, and the public spaces – we arranged the living/dining/kitchen areas around a large wraparound deck which connects the internal program to the garden.” says Ben. 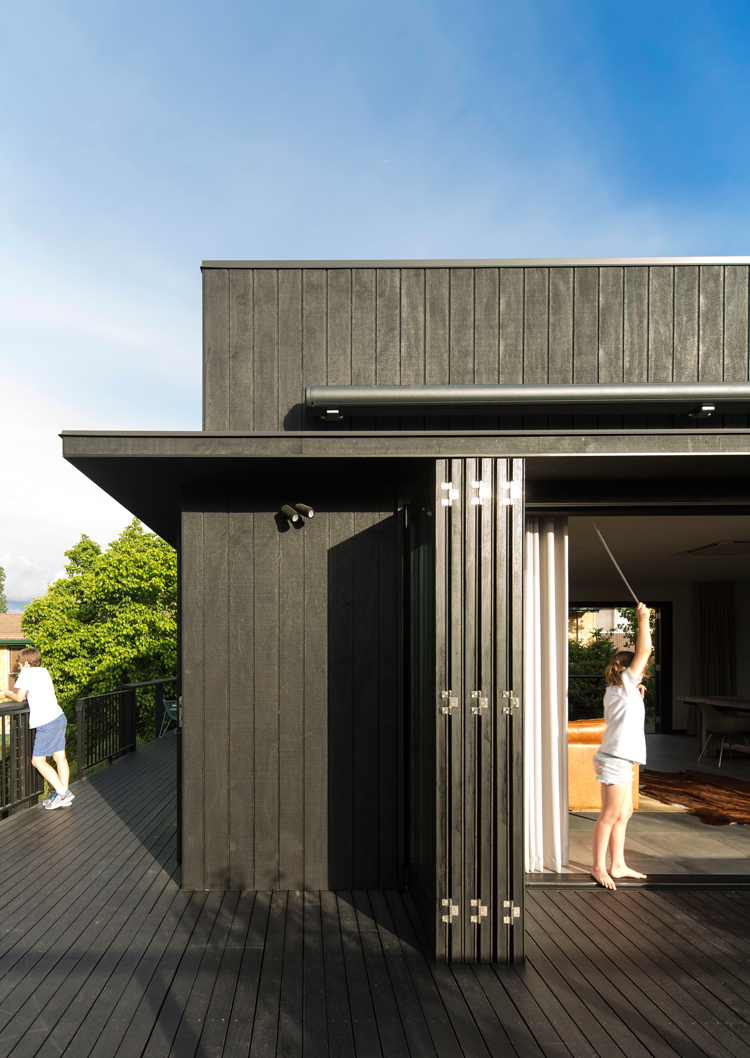 Materials have been carefully selected to distinguish the two forms. The existing cottage is clad in traditional horizontal timber weatherboards. To clearly distinguish the new addition the architects have simply rotated the cladding orientation 90 degrees, then inverted the colour scheme. So, the original cottage is horizontally clad and white, the new addition vertically clad and black. It’s a subtle detail, but important.

The architects worked with a local landscaping firm to create the garden, which is a mix of deciduous, natives and evergreen trees. Including massed pittosporum silver sheen evergreens against the building to soften it into the landscape over time. 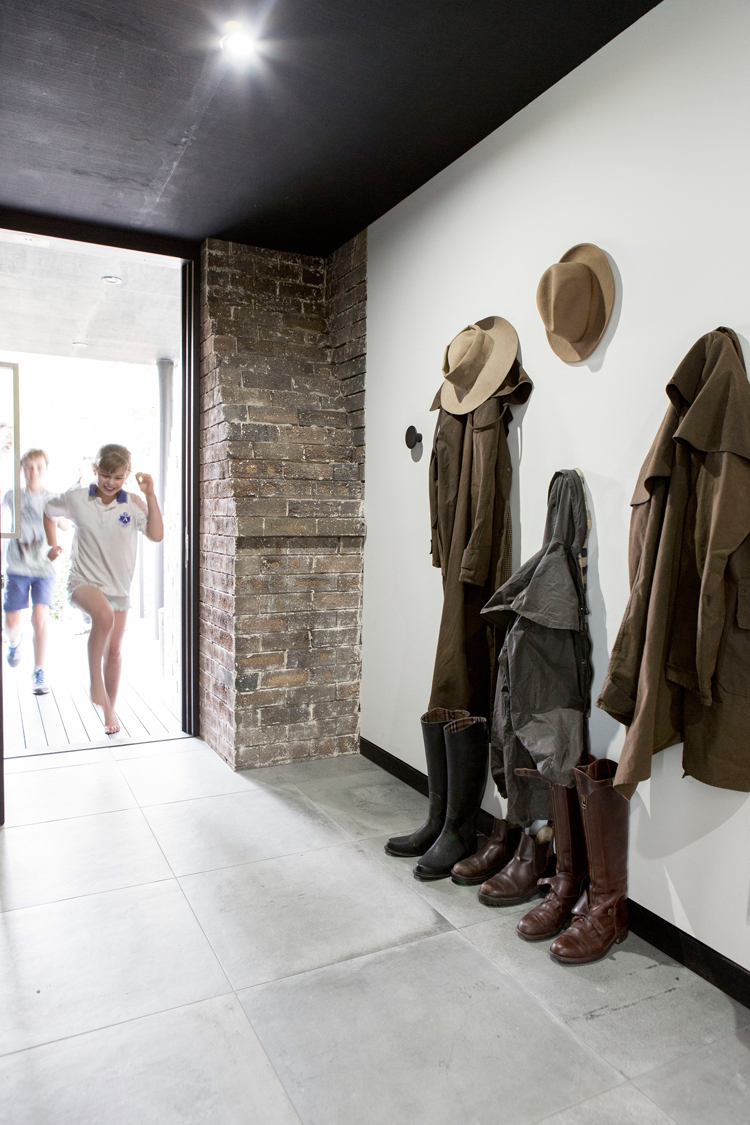 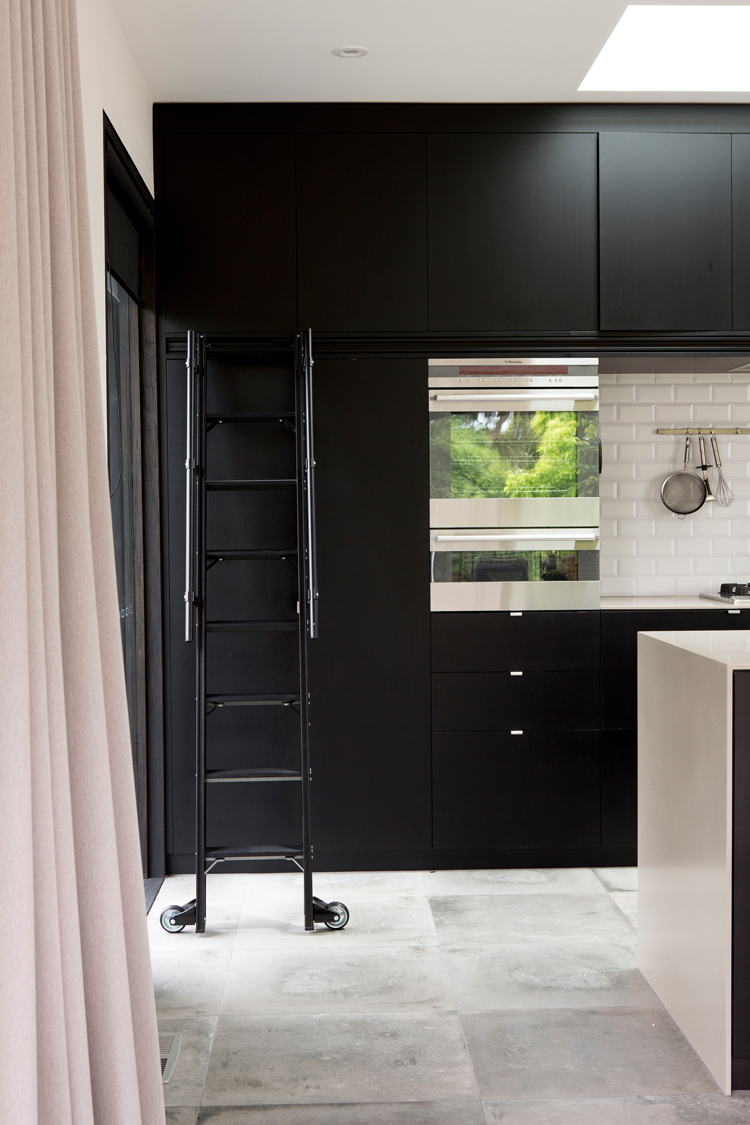 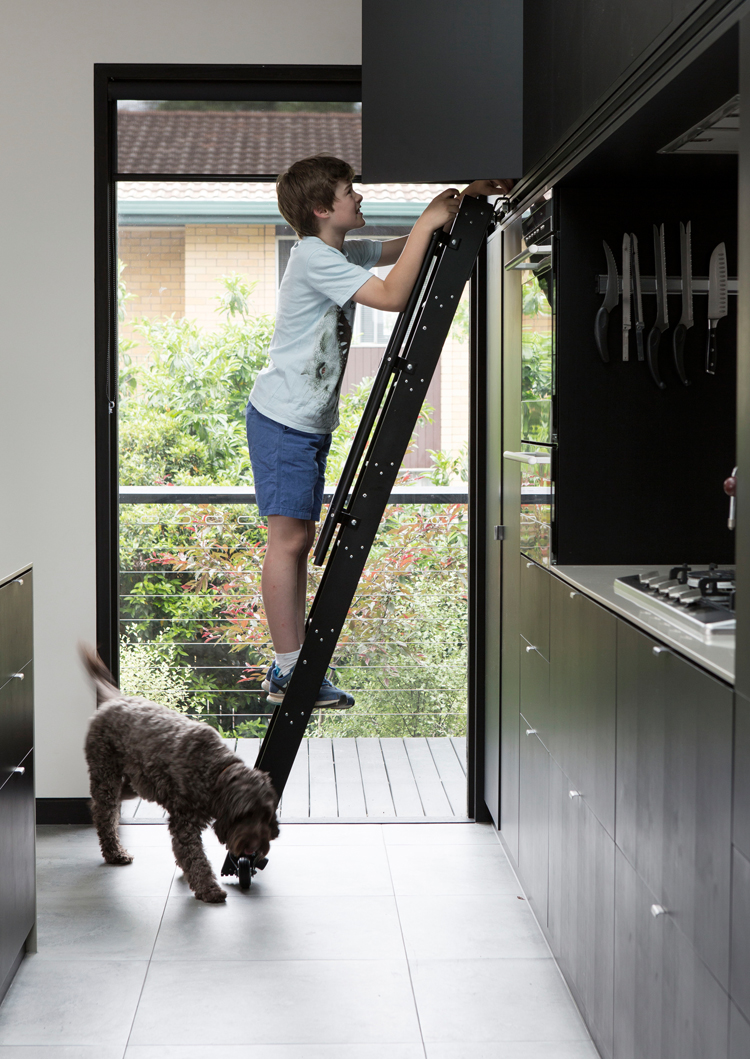 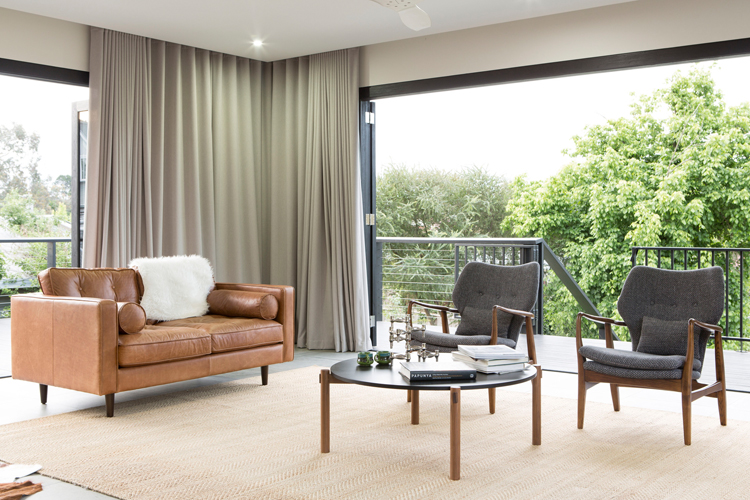 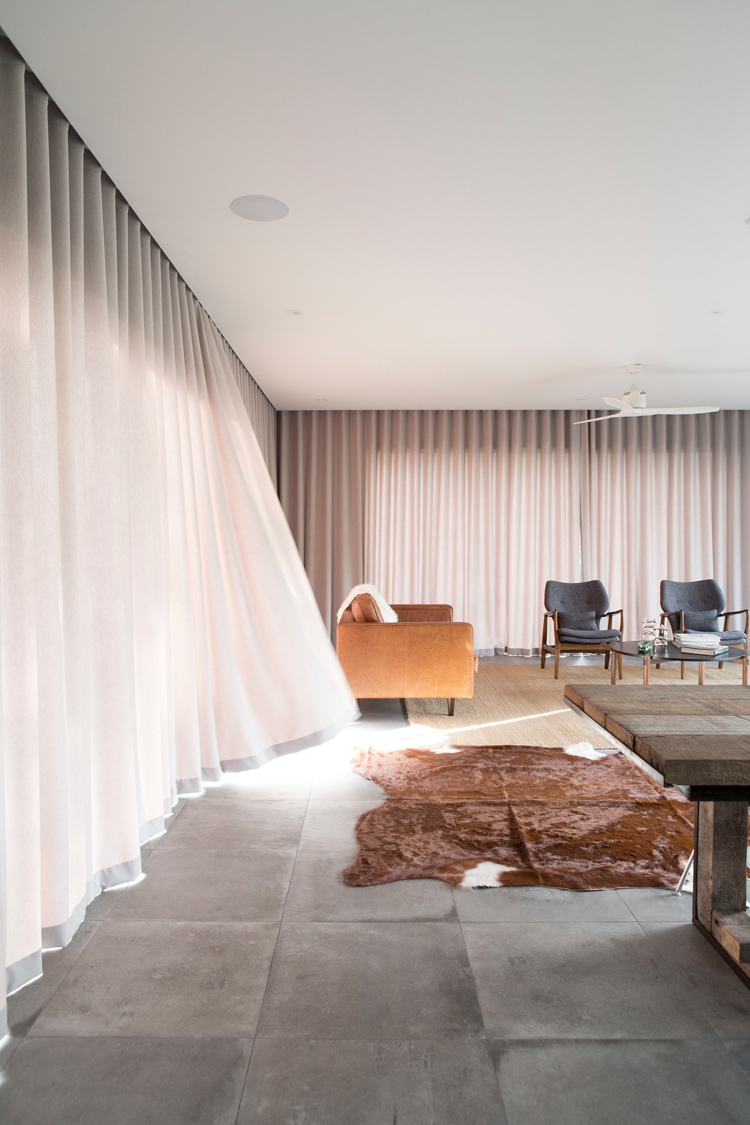 all images courtesy of Brett Boardman