Two roof gables frame the new entry door of this 1900s Queen Anne style house recently refurbished by Luigi Rosselli Architects in Sydney, Australia. Following a failed total rebuild design by a different architect, Rosselli Architects opted for a more subtle “tummy tuck” and clean up of the original house.  Some of the 70s and 80s additions were removed, and the original house restored and enhanced. 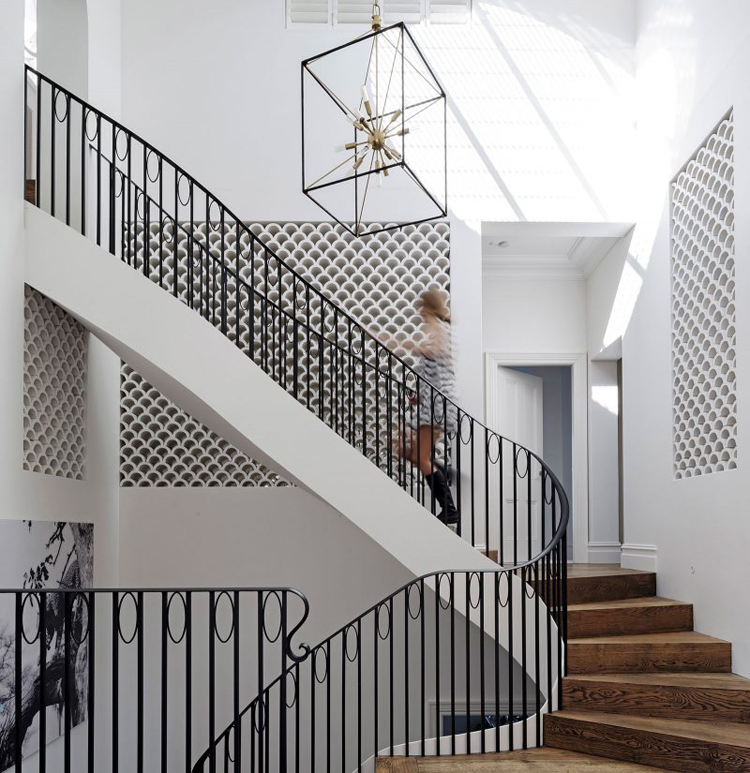 The only addition was of an infill of the front courtyard set between the two gables. This addition houses the new entry and stairwell, much more dignified than the old sunken and squeezed side entry porch. The old Queen Anne now has a new hearth, a three storey atrium with a Piranesi inspired stair winding and unwinding from the lower living room level to the upper attic. The stair is surrounded by the brick walls of what was once the courtyard, and the openings have been veiled by terracotta screens made of half round pipes, stacked in a fish scale pattern. The street entry is half way between the ground floor living level and the first bedroom floor. 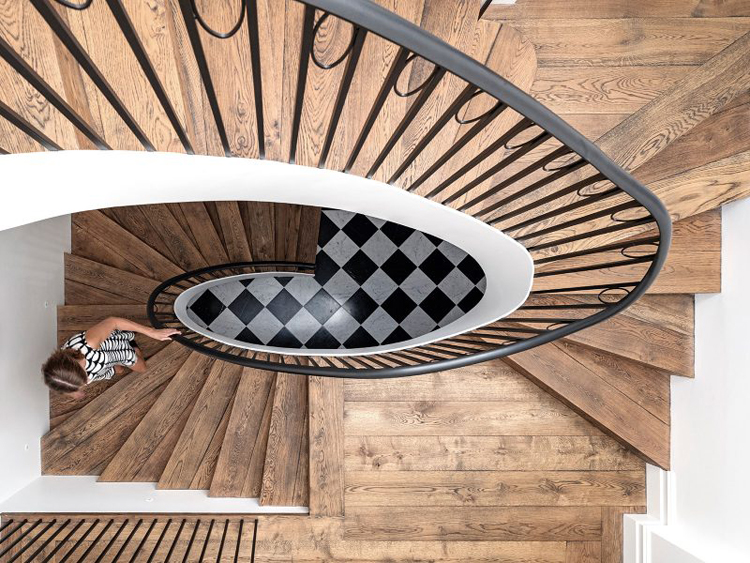 Double Bay and Sydney Harbour are the backdrop to this venerable residence, being perched on a spectacular rock outcrop ensures that the bay is visible from all the windows. The new steel windows on the bay side of the house are shaded by a new balcony and roof structure with generous eaves and simple balustrades. 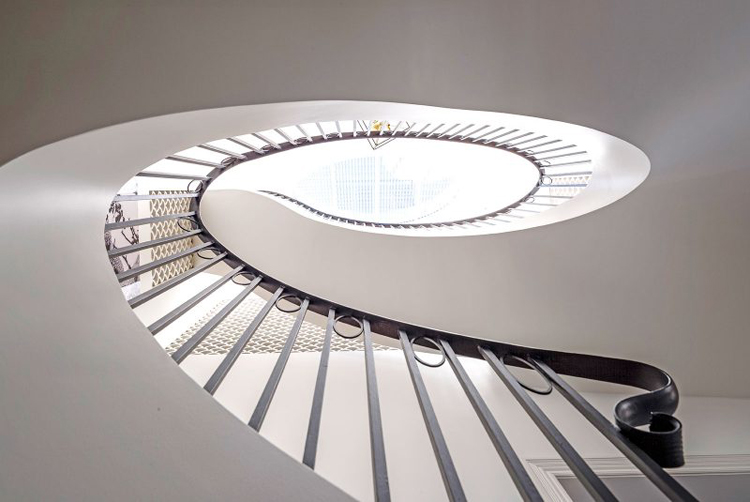 Will Dangar’s landscaping has introduced softness to a barren backyard with the creation of a terraced garden and the addition of an ancient olive tree and tall palms. Stephanie Conley’s flair for design has lent the interiors an elegant and cosmopolitan air, executed with meticulous attention to detail by Associate Architect, Simon Hassall. 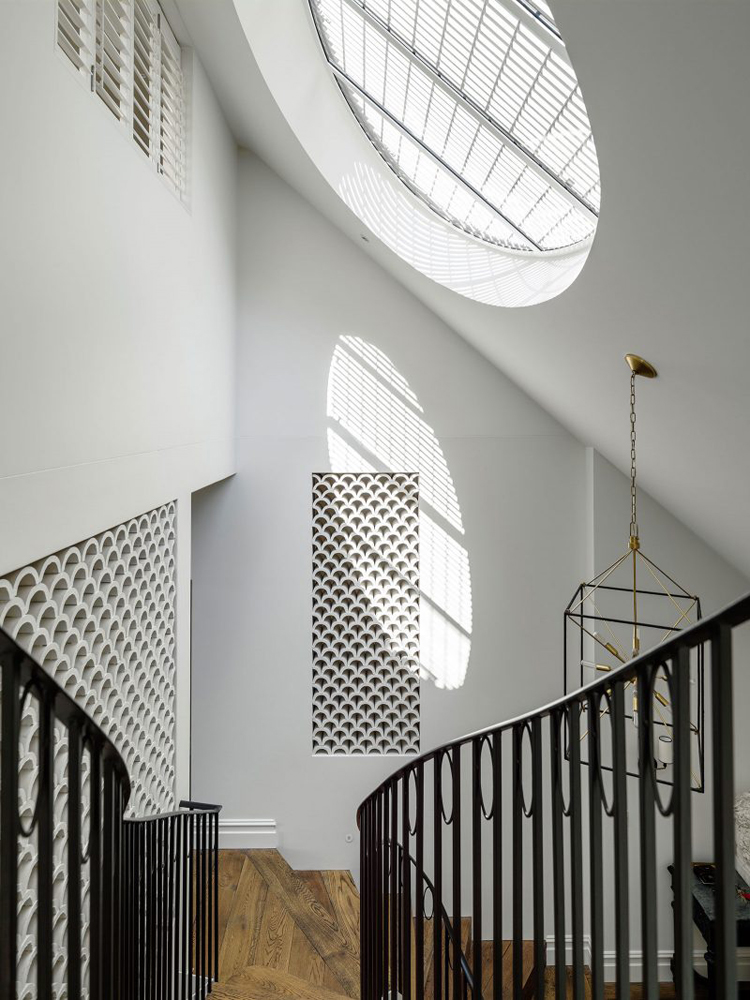 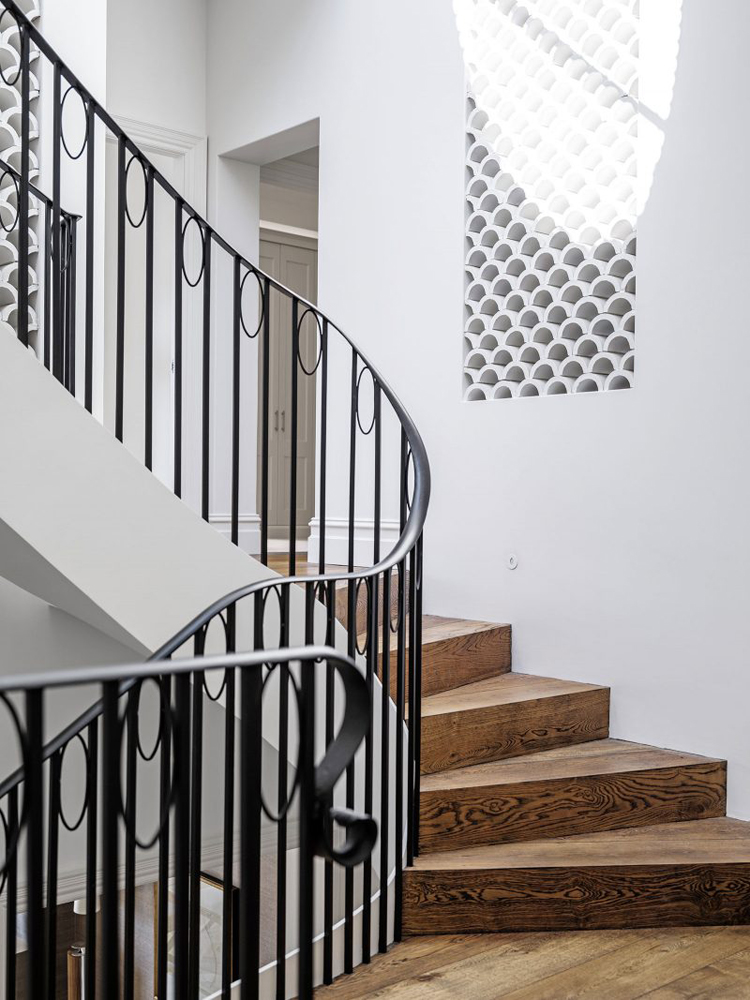 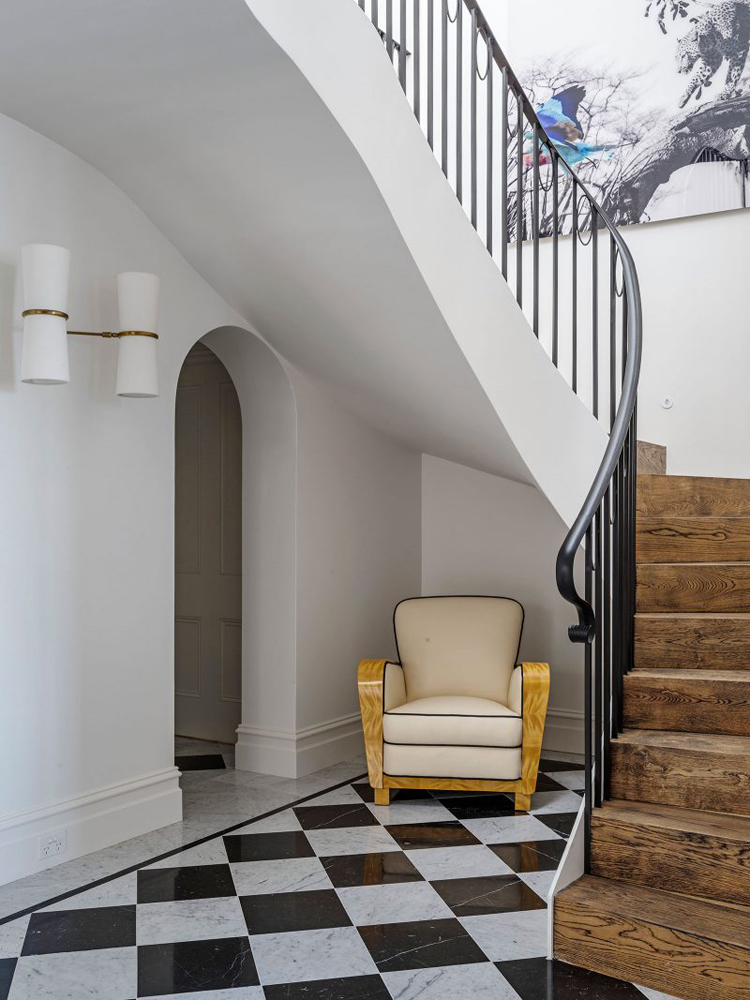 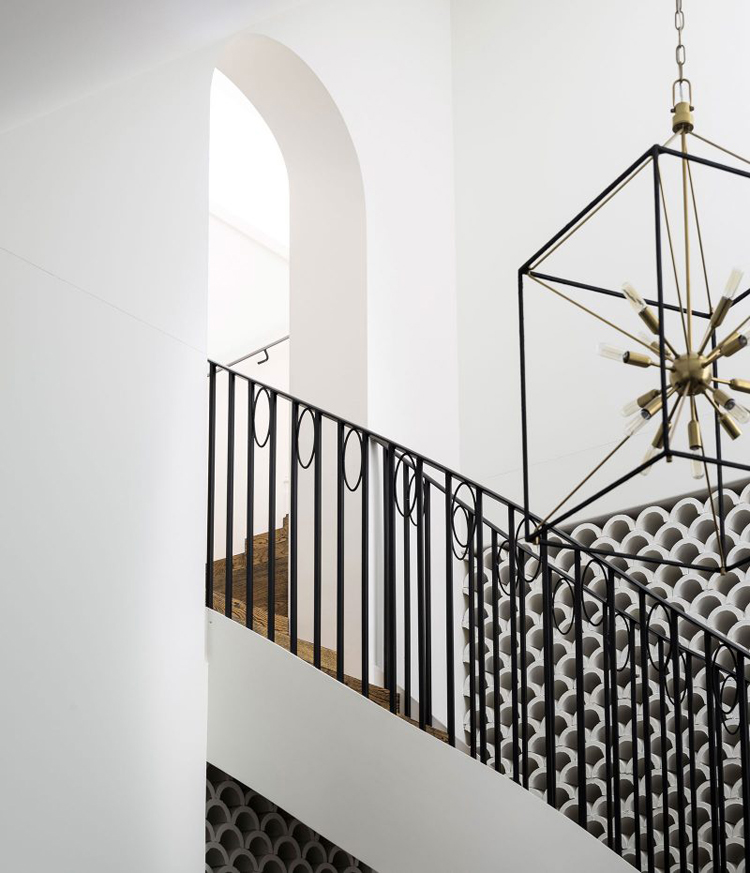 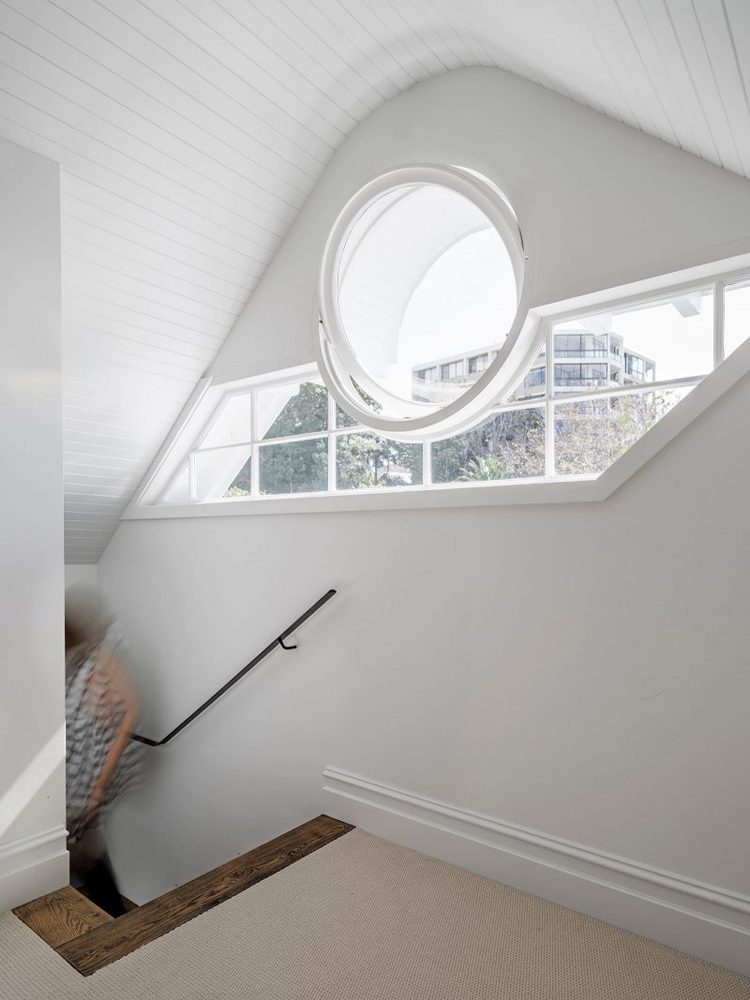 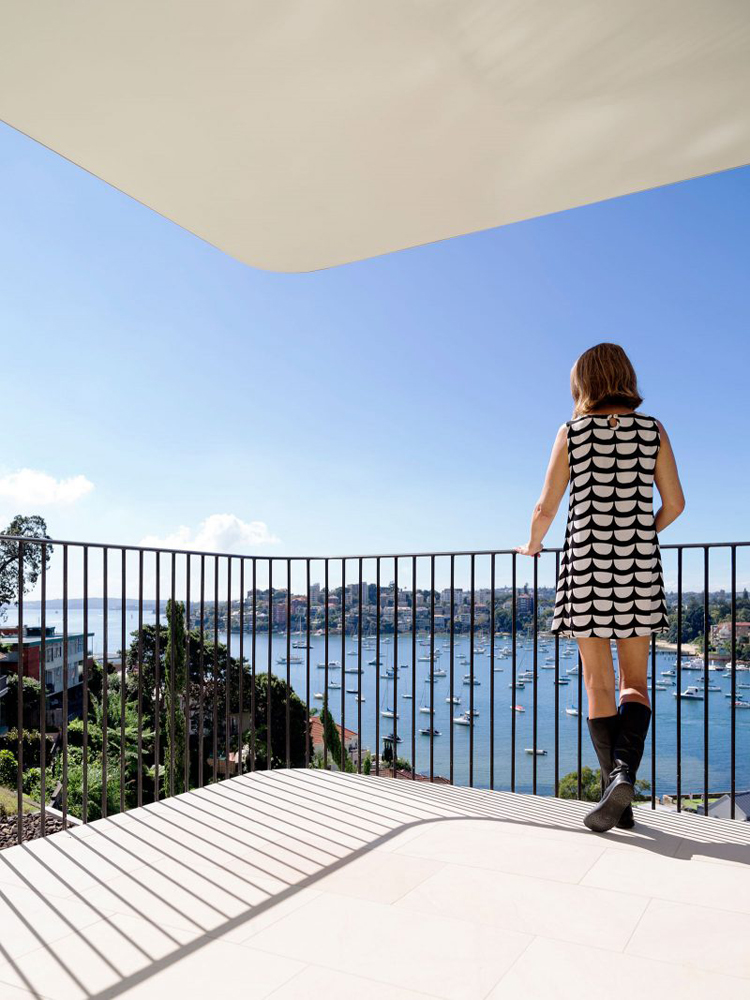 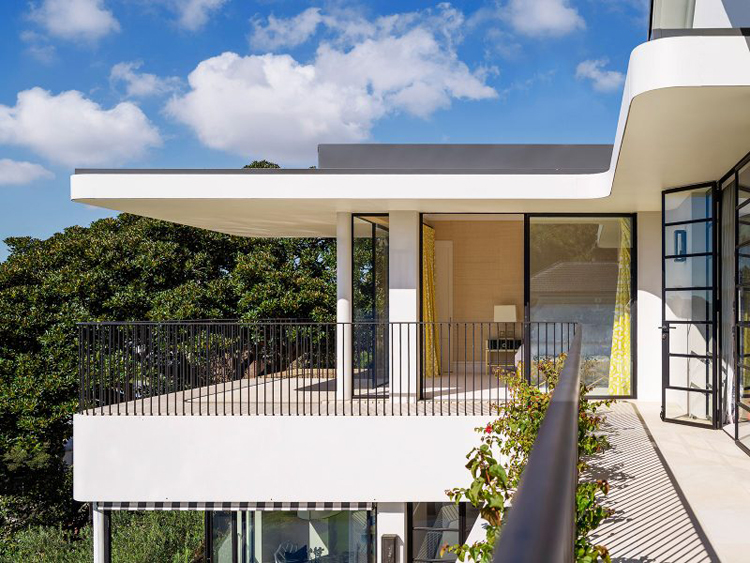 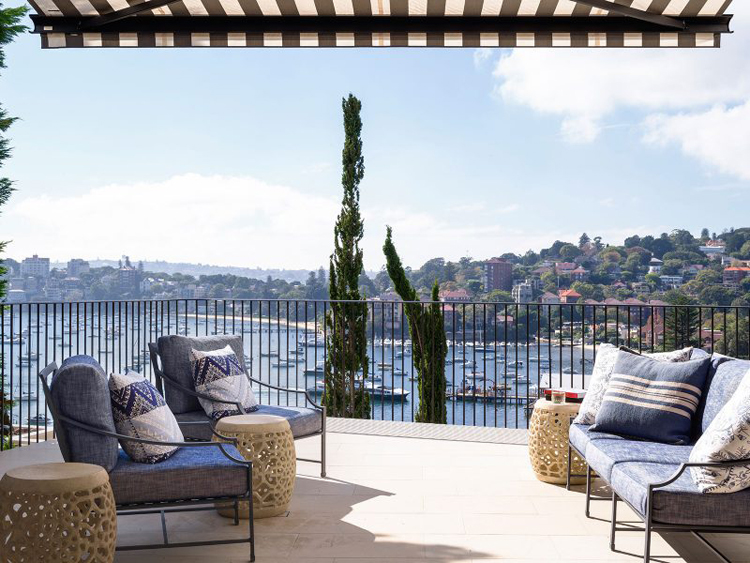 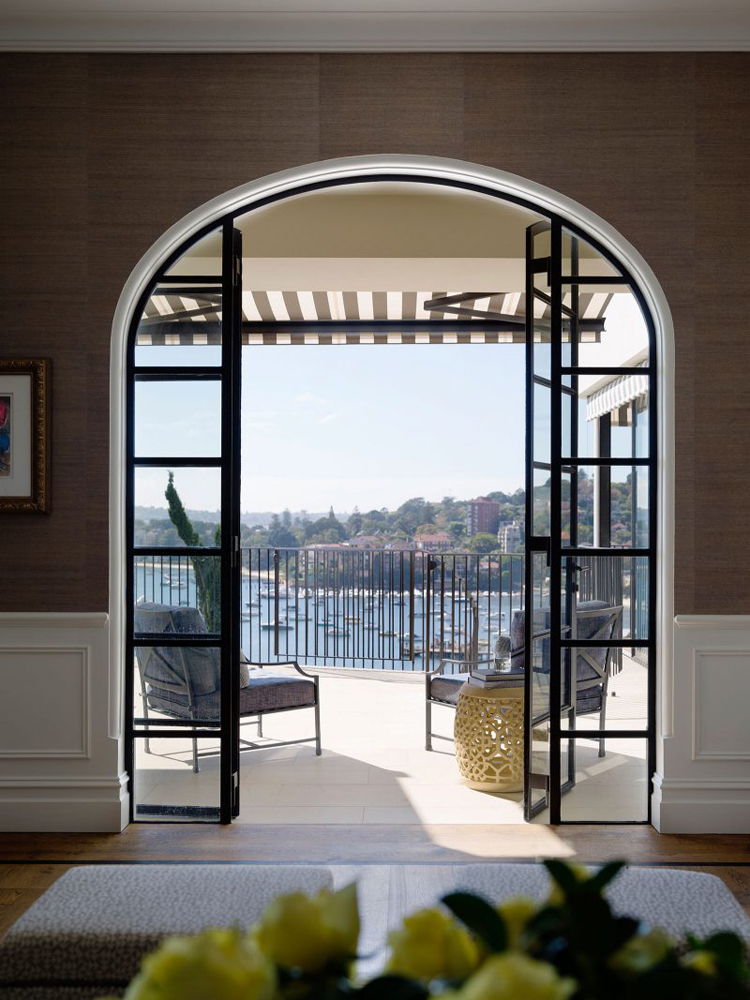 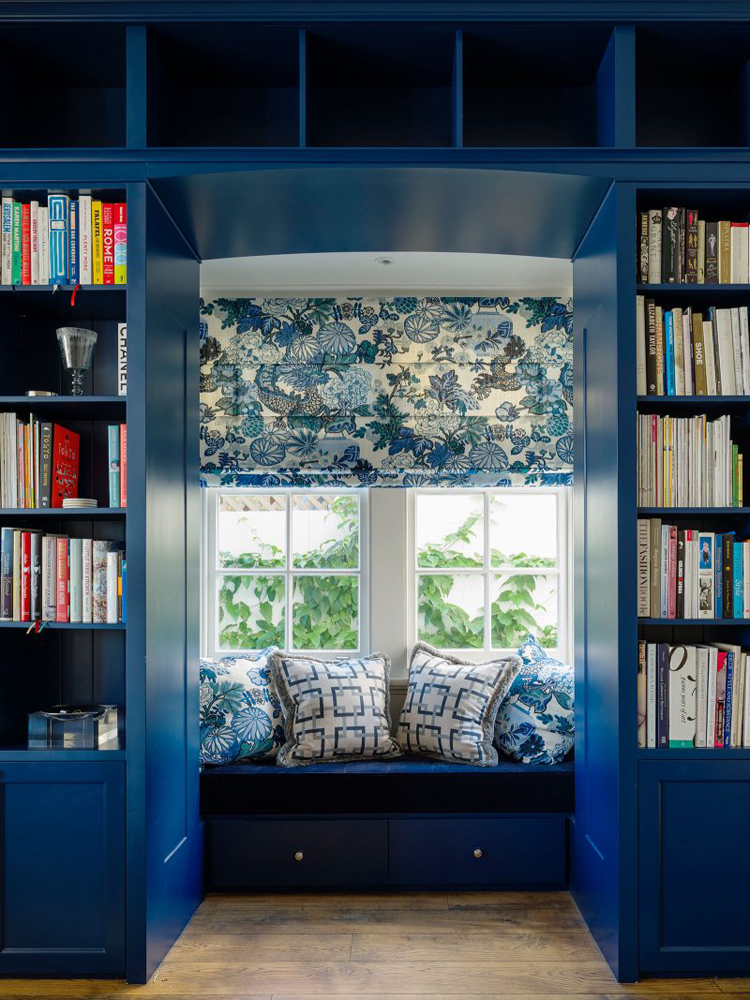 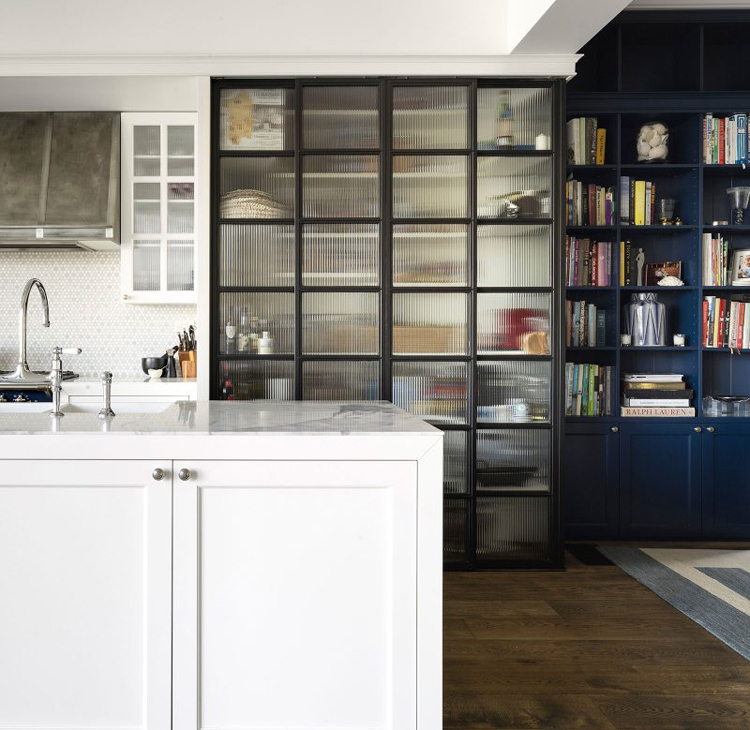 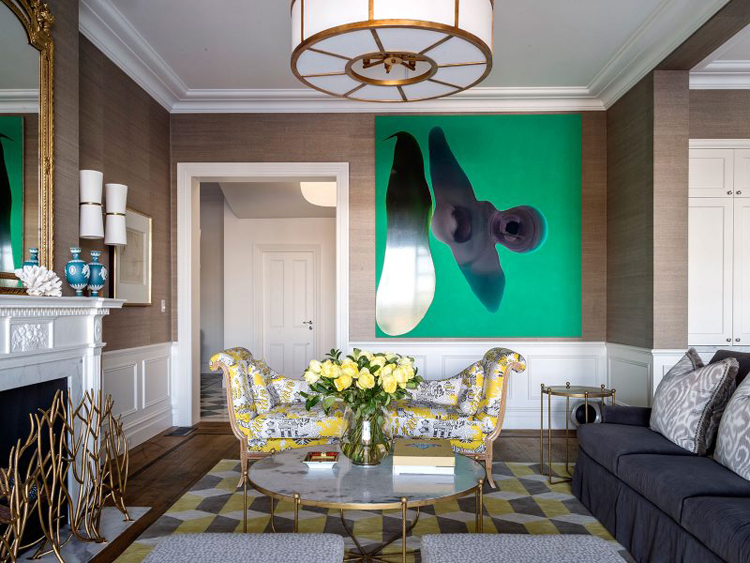 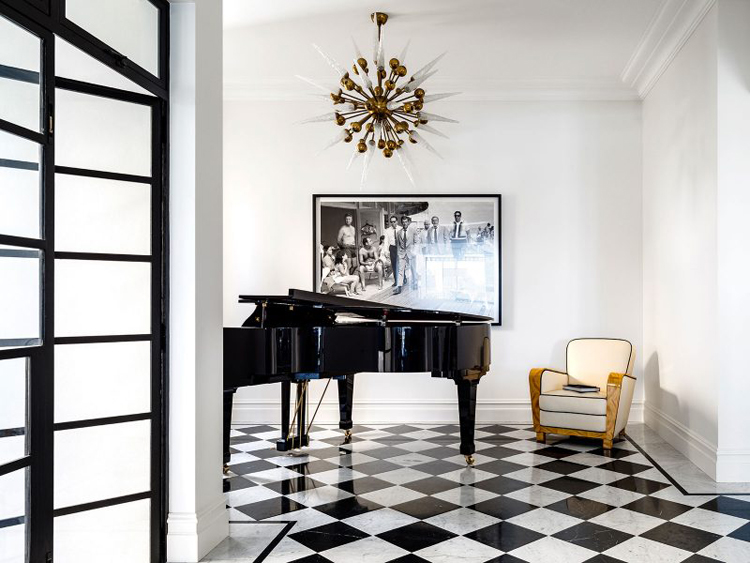 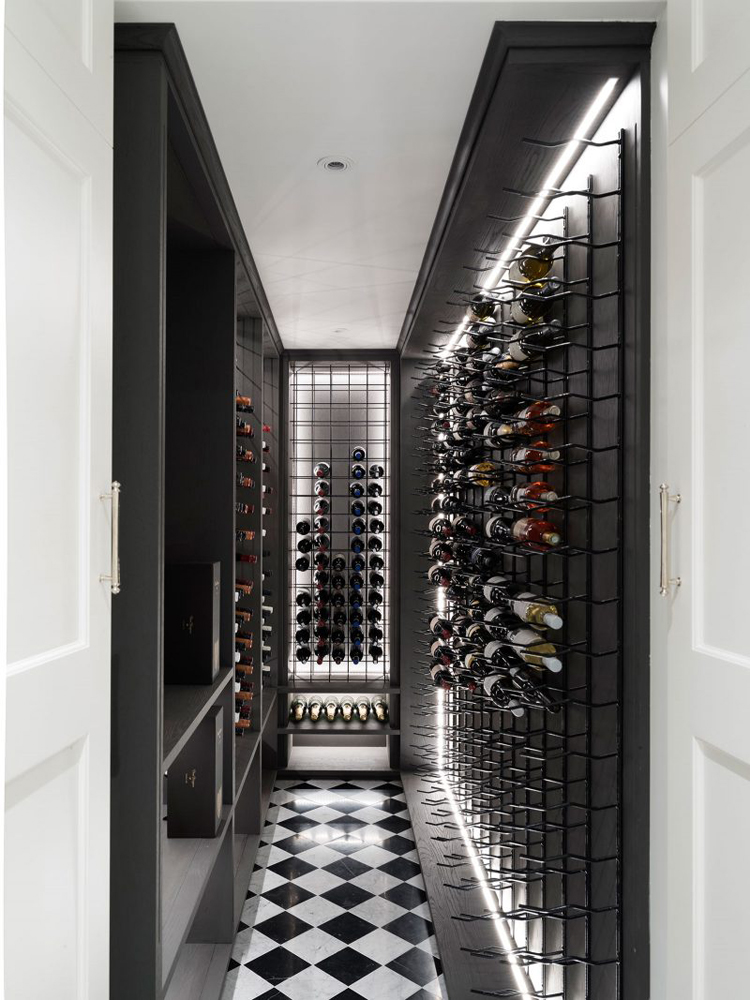 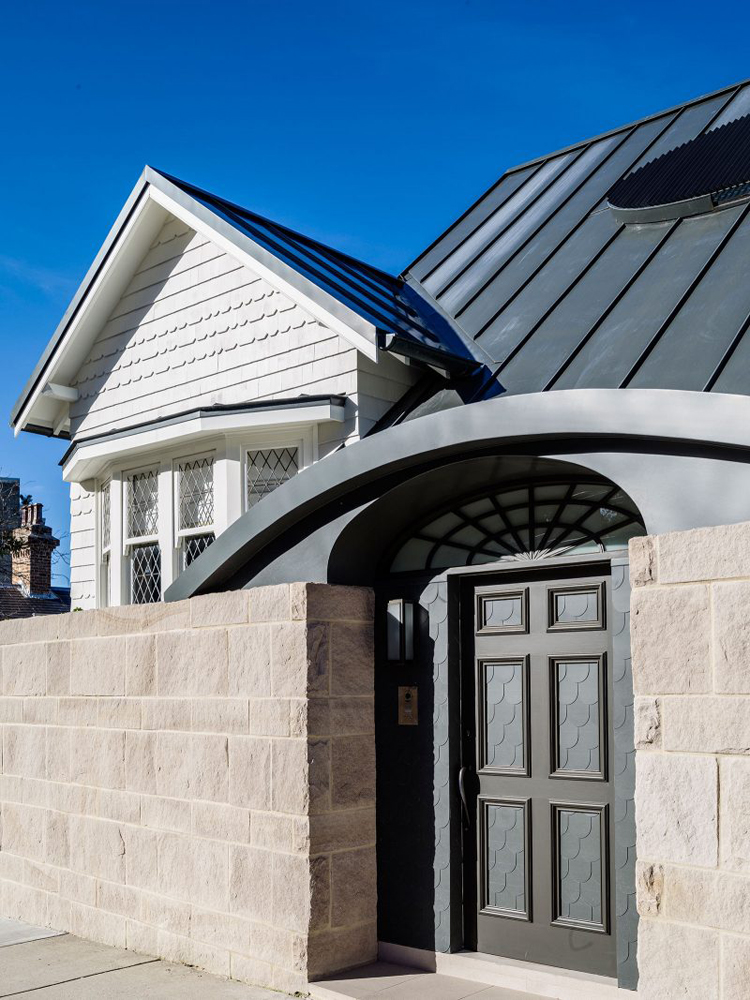 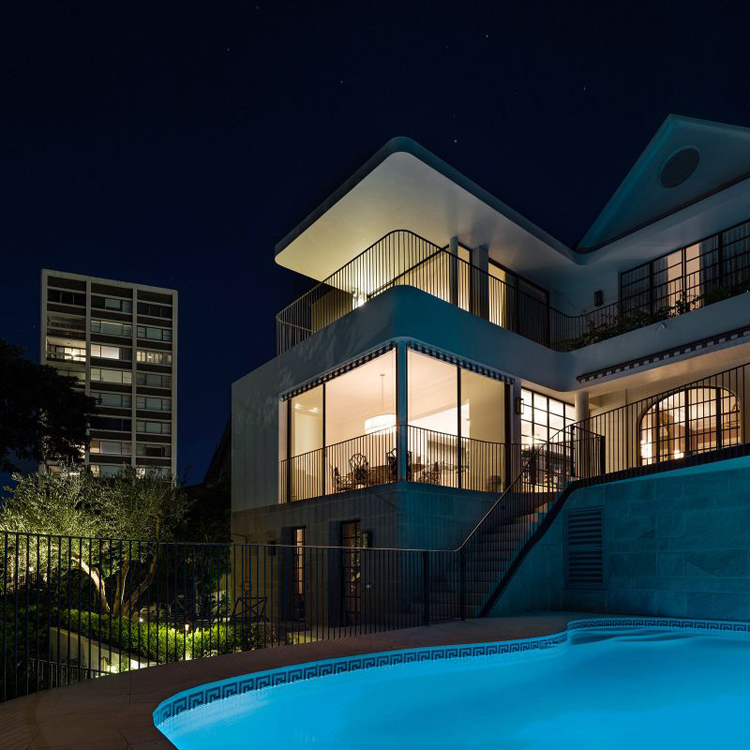 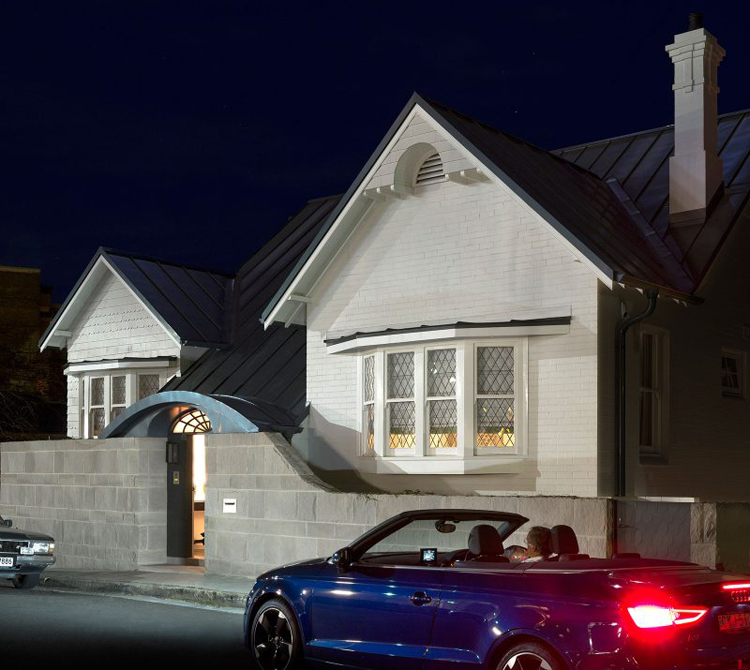