A series of wooden partitions divide the interior of this apartment in Brera District, one of the most famous neighbourhoods of Milan, Italy, by local architecture firm Planair, creating a multilayered space with hidden rooms and storage spaces.

The research upon space flexibility is due to the apartment limited surface (34 sqm) and the contemporary lifestyle requiring variable houses which adapt to several activities. Flexibility is promoted by means of different rooms delimited through moving partitions which can be closed or opened thus producing different spatial combinations characterized by a varying degree of privacy, according to the user’s need in a specific moment.

Technical spaces are concentrated into functional spaces located on the living-room perimeter, away from the light coming from the two big windows. The better spatial optimization makes the functional elements compact, thus freeing the room as much as possible and exposing it to the light and the sight towards the garden in front of the residential unit.

The project choices exploit in the domestic space atmosphere the qualities of the context where the residential unit is immersed: the garden silence and light, separated from the congested areas of the Brera neighbourhood centre, become the protagonist of the domestic environment by means of the best exploitation of the two existing windows, which are now perceivable in a single field of view, and by means of the clear and ordered spatial arrangement determined by the containing elements which hide the dwelling functional elements.

The interior atmosphere is formally determined by the stylistic unity of integrated furniture, made of natural ash, able to encompass different functions and characteristics inside their compositional logic. The furniture is also something else, it is the spatial boundary and the fixed scene towards the empty space, it is also the container for utensils and functional elements which allow the void to be inhabited according to the most pressing needs.

The perception inside the house changes as the user’s perspective changes, thus becoming an extension of man’s sensations and feelings. The general atmosphere is characterized by the presence of few elements, white or greyscale surfaces, and the natural colour of ash wood. 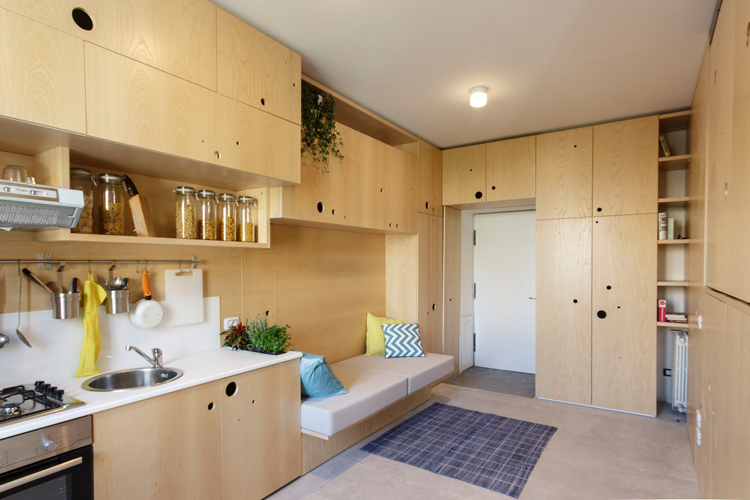 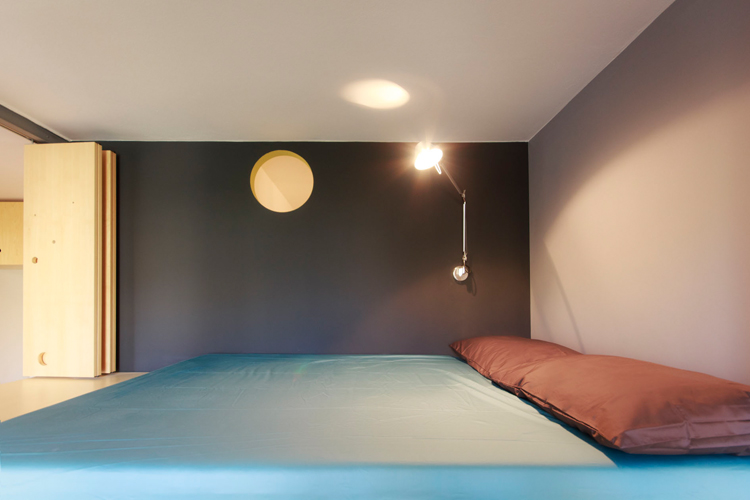 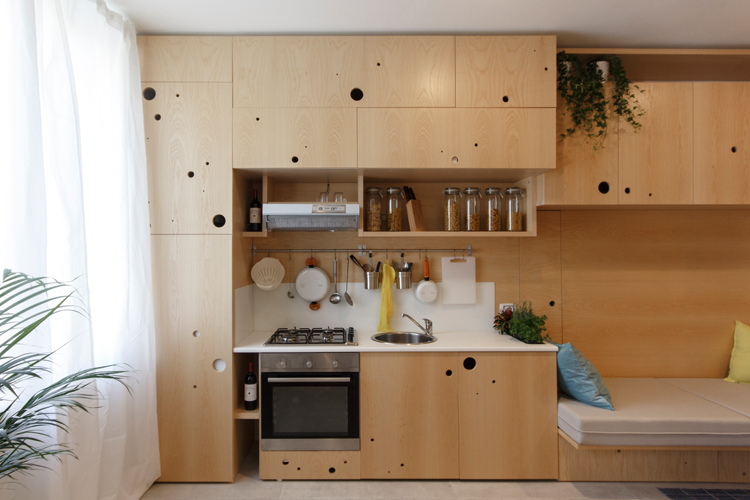 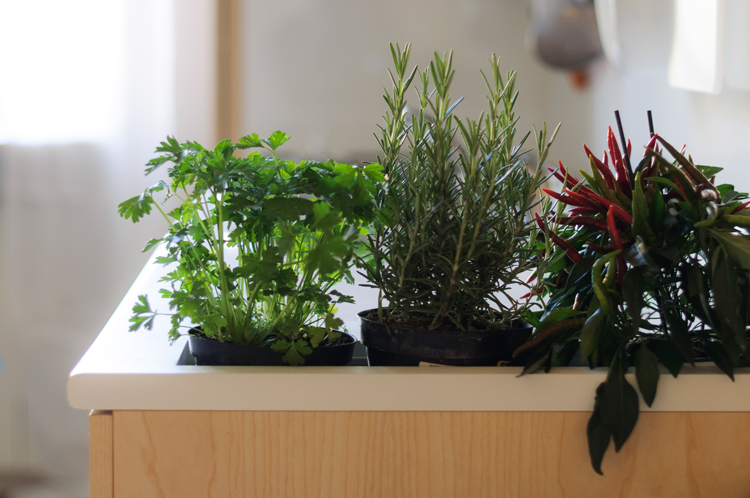 all images courtesy of Planair