The project is a programmatic vision for London’s backyards and interstitial spaces. Workshop and live/work studio spaces have potential of creating new typologies for creative communities that would pop up in unused public or private spaces around the City. Its structure is made of a modular steel frame that creates an empty grid with multiple internal configurations. Modular steel frame creates an empty grid with multiple potential for internal configurations. Shelves, desks, artificial lights and curtains can be provided to meet the user’s needs. 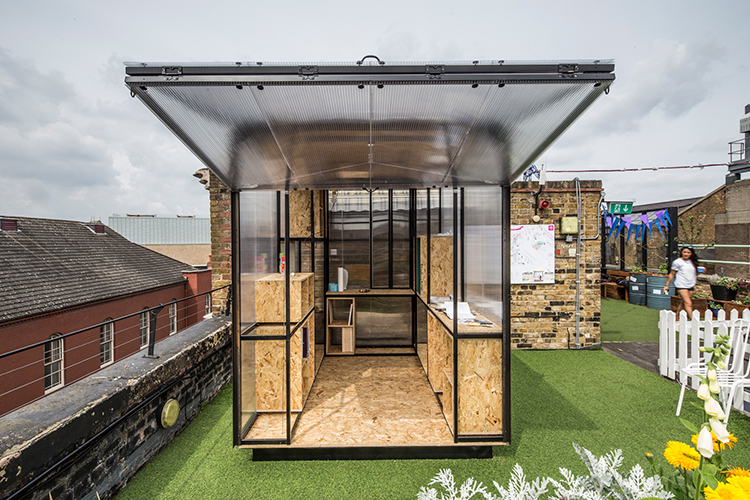 The pop-up installation investigates the process of inhabiting a space. Each artist will bring their tools and have the opportunity to reveal, if reckoned, the secrets of their craft. Only what is essential to produce their art can be hosted and used. Minima Moralia promotes human interaction and interconnection between private spaces and public use. London Housing typology often includes green areas and backyards, which are sometimes abandoned or misused. This project is a type of urban acupuncture that targets those places and effectively brings life into them. 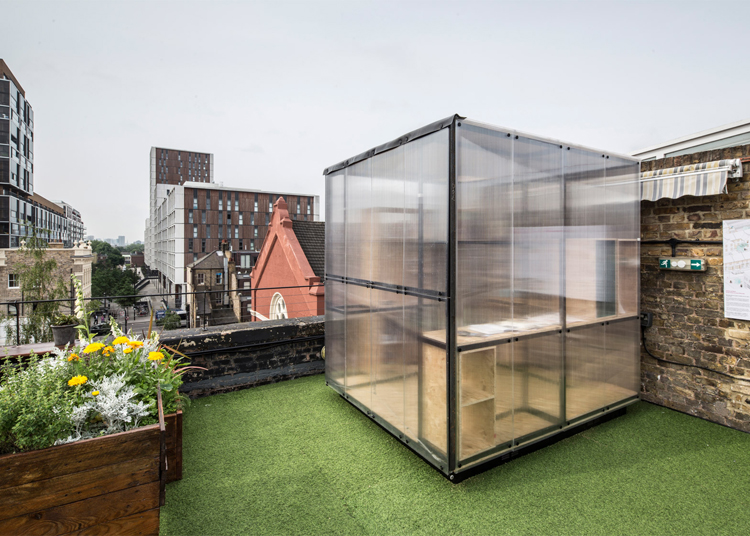 The space allows a glimpse into the creative process and the crafting abilities that take place inside. Openings are designed to give a range of options to communicate with the outside world: the windows are an elegant vertical unfolding opening with a feel-at-home quality. It is a subtle but direct contact with the external world allowing people to take-a-peek. The canopy is a folded opening that lifts to reveal one side of the workspace. It fully exposes the internal space and the activity happening within. At the same time, it creates an inhabitable threshold between the structure and the surroundings. Finally, the skylight is an opening where sunlight flows freely inside. It is a little glimmer of a constant connection with the stars and the sky above. 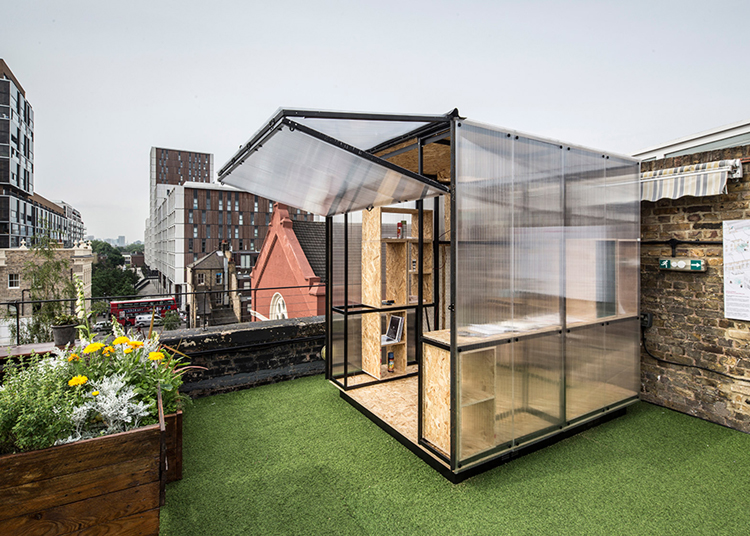 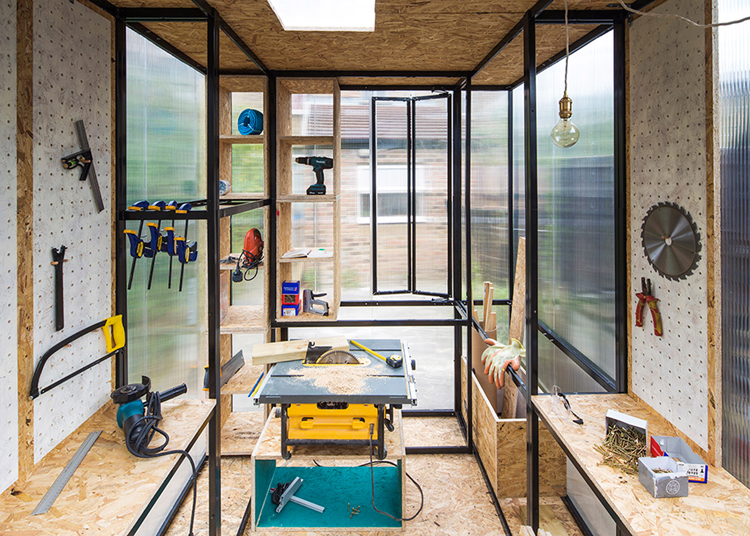 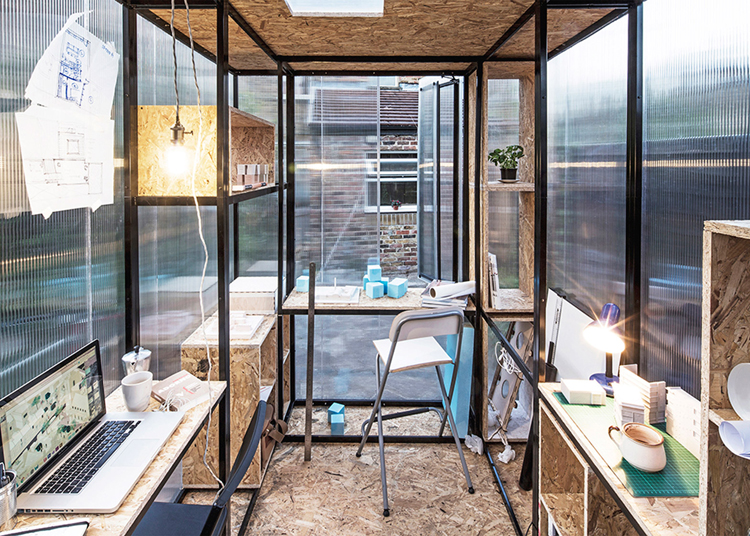 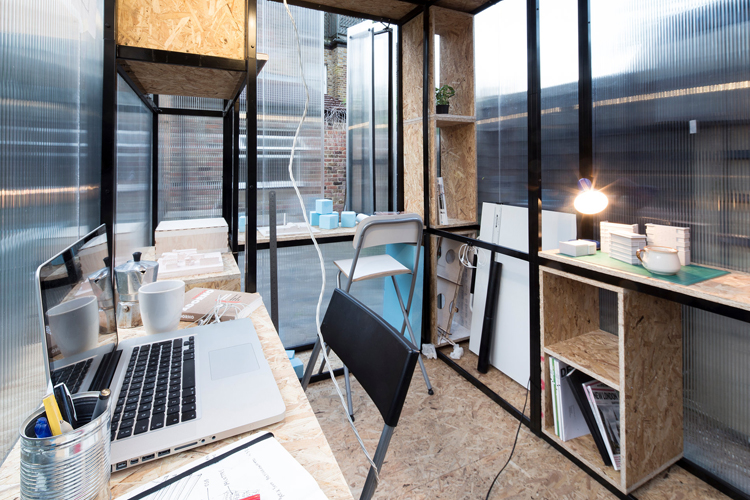 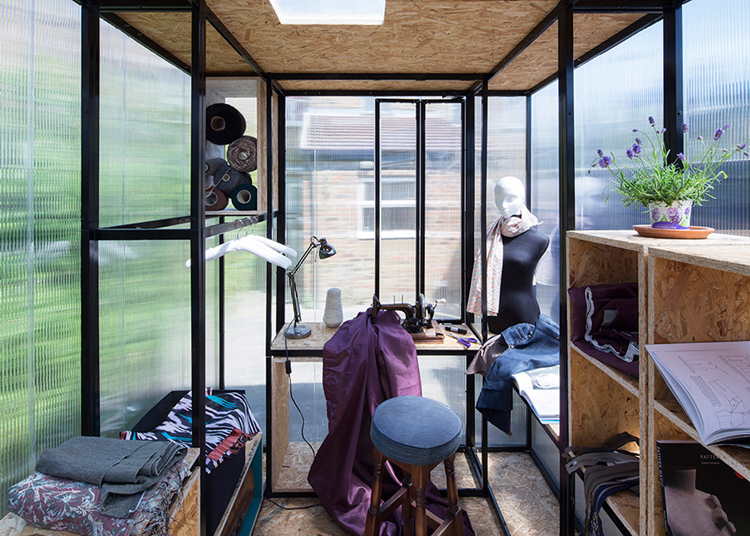 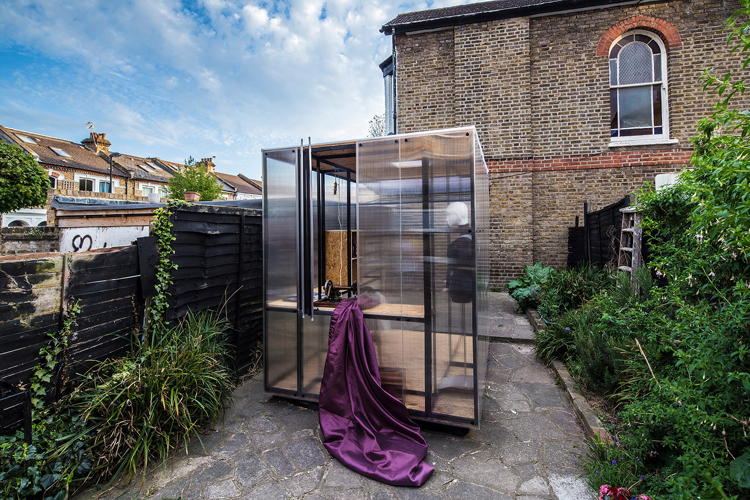 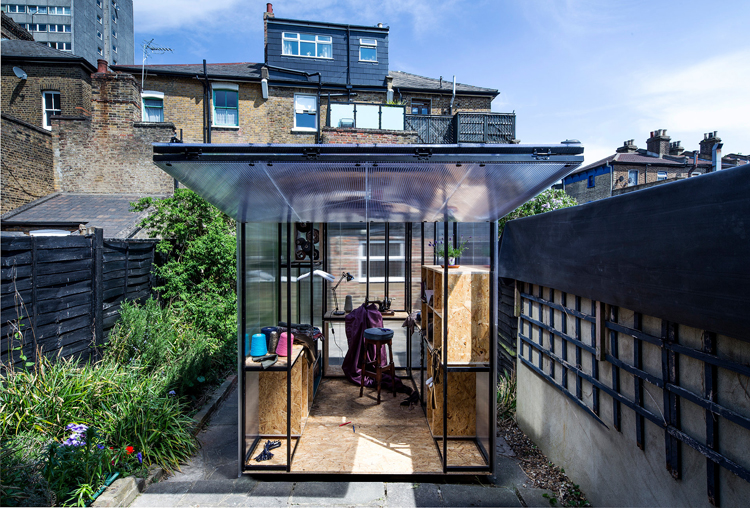 all images courtesy of Tomaso Boano and Jonas Prišmontas