No real estate, no walls and no roof; Null Stern‘s guests can sleep under the stars in this open air hotel located 6,463 feet above sea level in the Swiss Alps.

Created in 2008 in a nuclear bunker in the Swiis town of Sevelen under the tag line “the first zero star hotel in the world”, the concept evolved to gain its current identity in 2009 in Teufen under the brand “Null Stern – the only star is you”. In 2010, the concept was ready to be developed on a grander scale, starting in an abandoned cinema in St. Gallen, but did not materialize. Five years later, today, the Riklin brothers and Daniel Charbonnier pushed their idea even further – goodbye to the underground and hello to the stars with the motto: zero real estate.

The room costs 250 Swiss francs (about $253 USD) per night, and although it is bookable throughout spring and autumn, reservations can be deleted at the last minute due to the weather conditions. 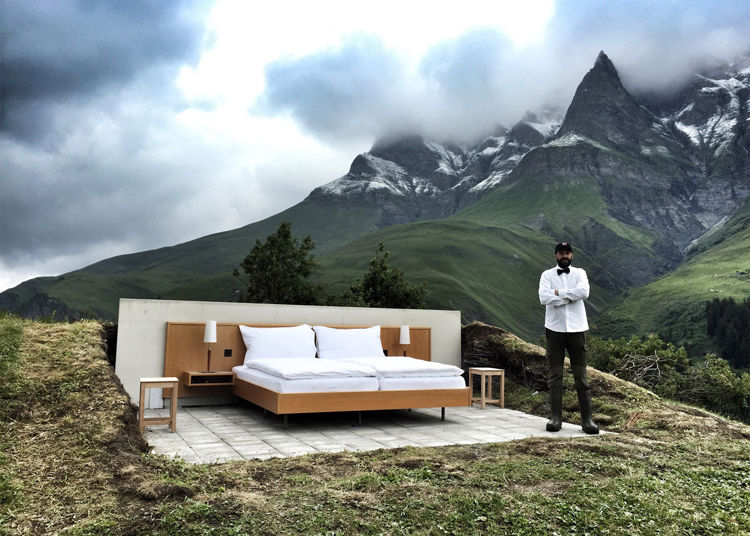 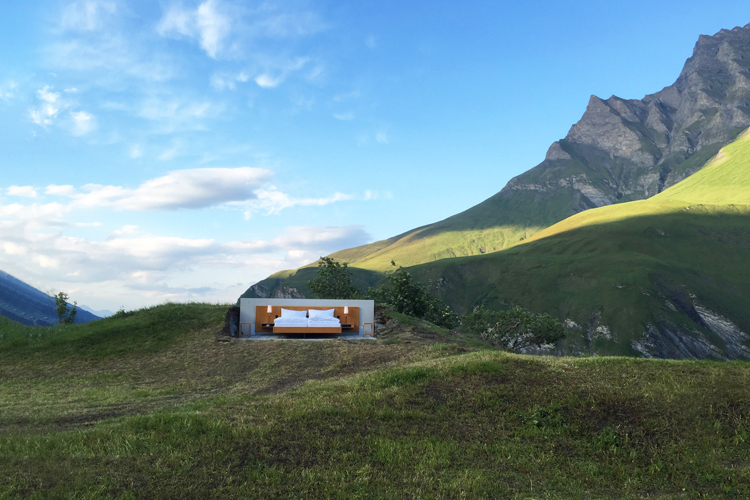 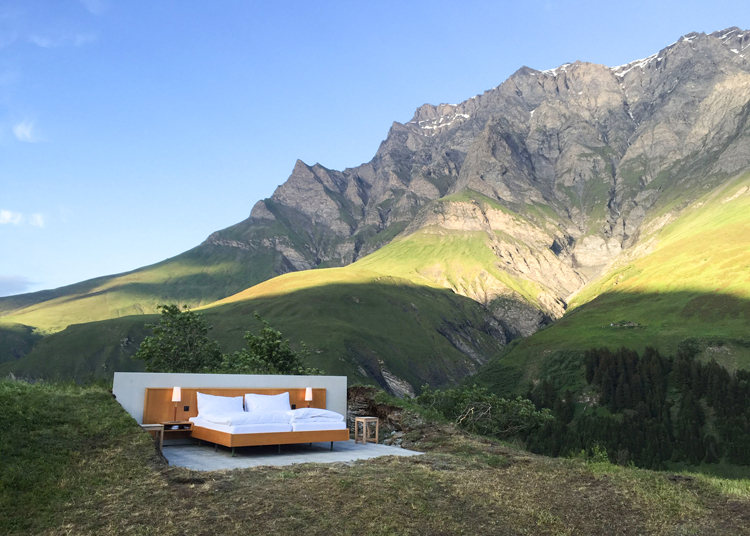 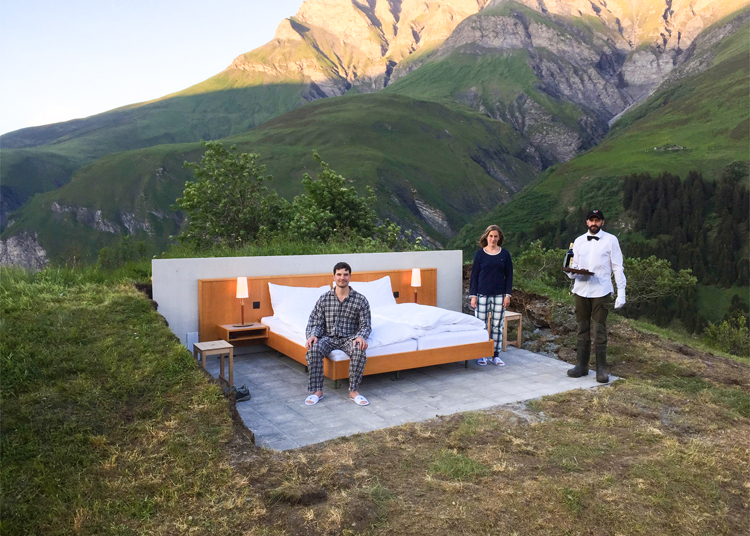 all images by Atelier für Sonderaufgaben