Argentinian architect Luciano Kruk has designed this concrete holiday home that rises among aged pine trees in the seashore town of Mar Azul near Buenos Aires. The summer house comprises a predominant social area and a more private one, constituted by two bedrooms: an ample master bedroom and a smaller cabin-like one, both sharing a common bathroom. The owners wanted the master bedroom to open up outwards into a semi-covered outside area. 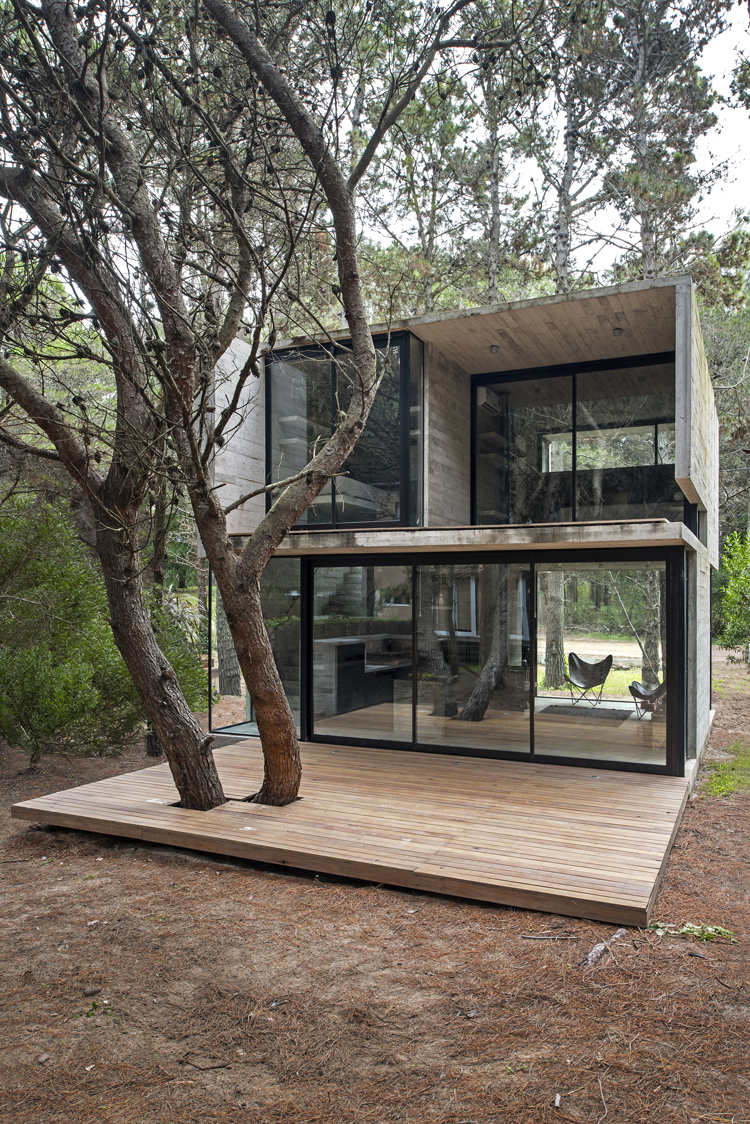 H3 was completely built in exposed concrete, which served well to the maintenance moderation. Intending to keep the needs for equipment at a minimum, even furniture was conceived as a part of the concrete volume.

Pine planks were used to set the formwork so that the partitions as well as the slabs would preserve the texture of the wood veins in an attempt to establish a harmonious dialogue with the bark of the local trees. 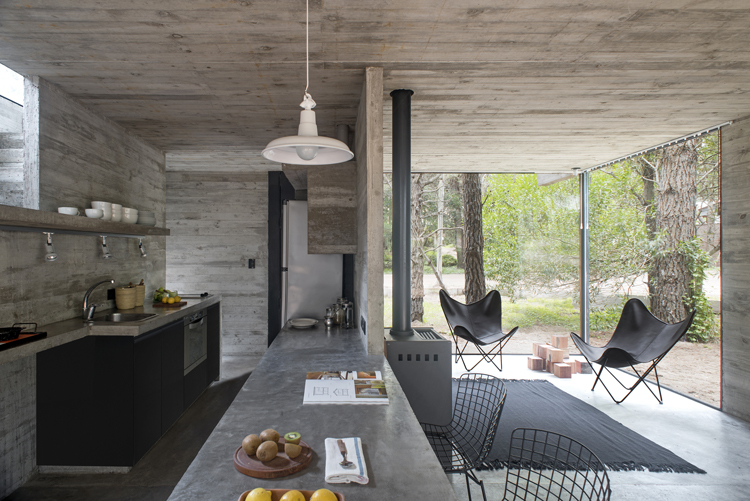 The house was constituted as a compact block. The ground floor houses the kitchen, the dining room and the living room, all in an integrated space from which the staircase emerges towards the first floor. Given the house’s scale, the use of crossed views and vanishing points aimed at unifying and fluidifying the space in the room. Instead of confining the house’s different uses into separated rooms, they have been connected with each other, aiming at producing the general feeling of spatial expansion.

As requested on the brief, the bedrooms and the bathroom were located upstairs, but the main bedroom’s outdoor semi-covered space was designed to be shared with the secondary bedroom. Additionally, it would partially work as the roof for the downstairs deck. 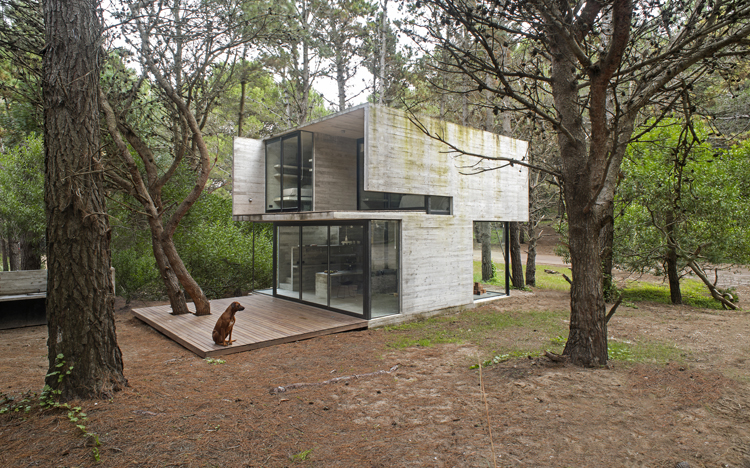 As the corridor and the serving facilities were set to the side next to the neighboring lot, the main windows were set on the house’s more private rear, allowing the dwelling to open towards the outside deck and calling for the conservation of the original trees.

On account of the abundant shadows provided by the profusion of the woods, there was no need to reach for architectonic devices to reduce the sun’s incidence inside. As a matter of fact, apart from connecting the house interior and gaining visuals, the windows of the house also absorb the light that dribbles through the dense canopy of the trees. 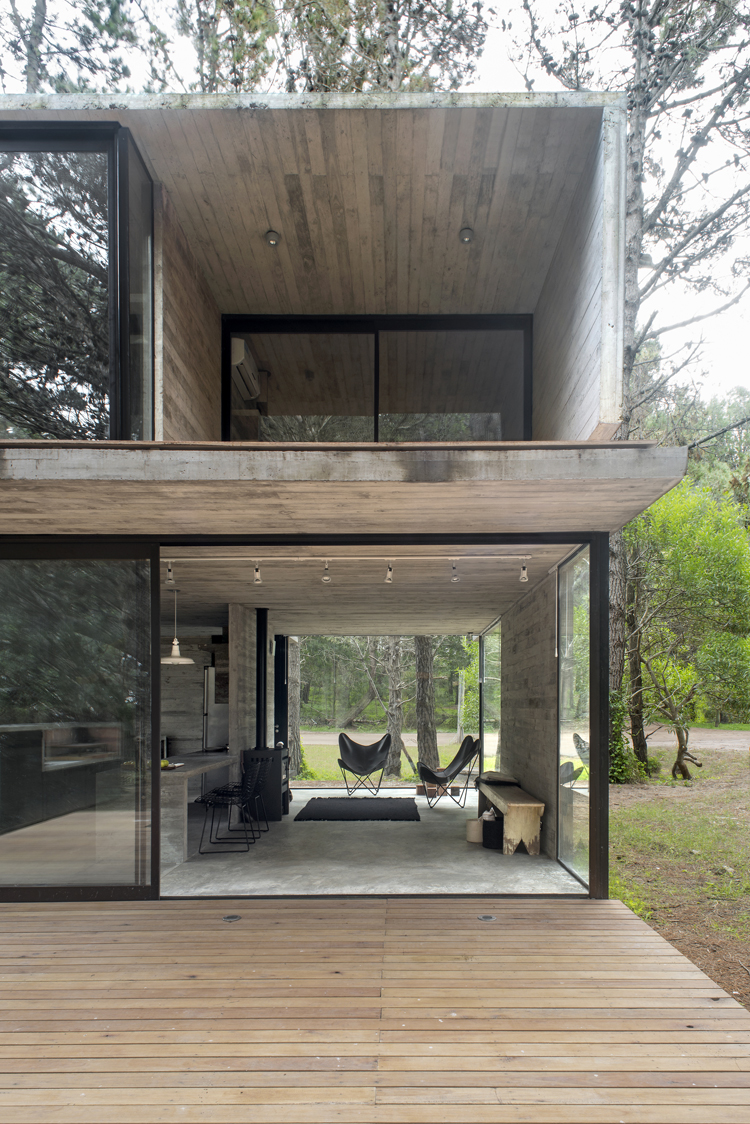 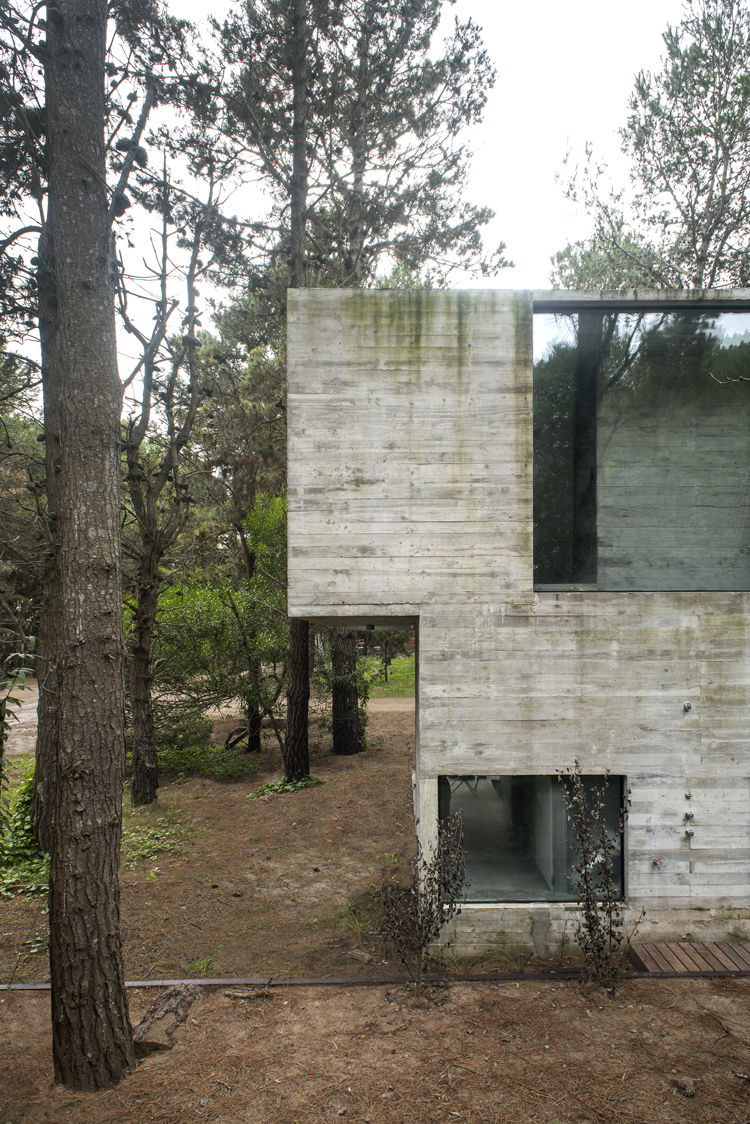 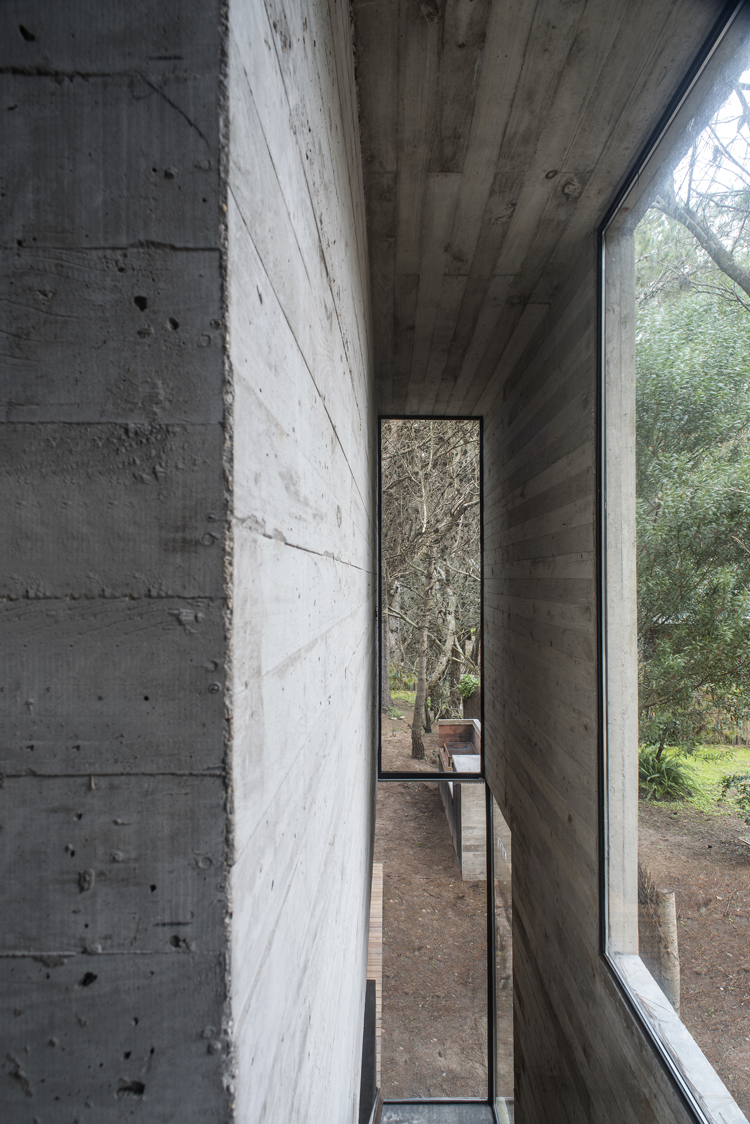 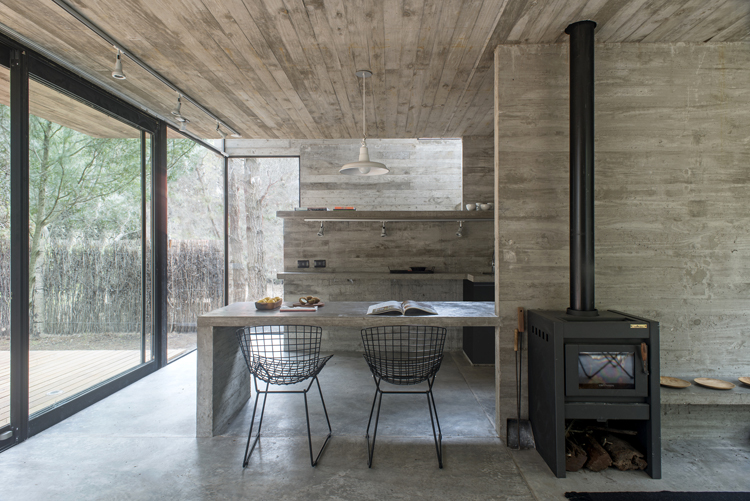 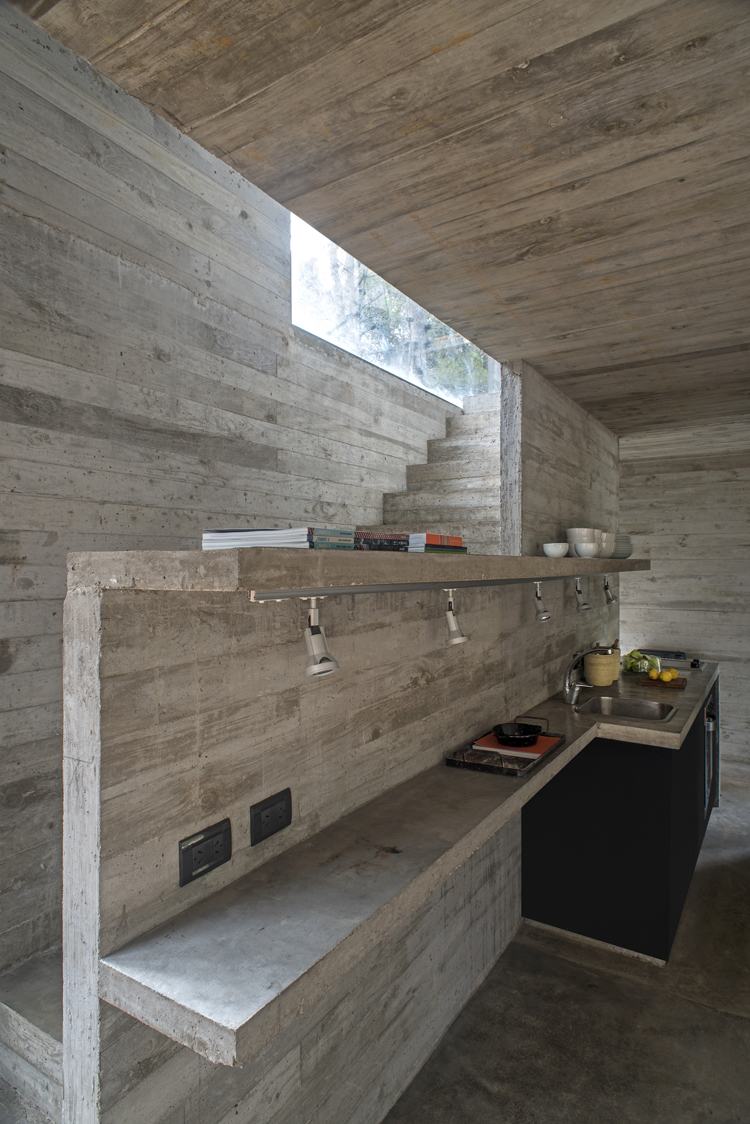 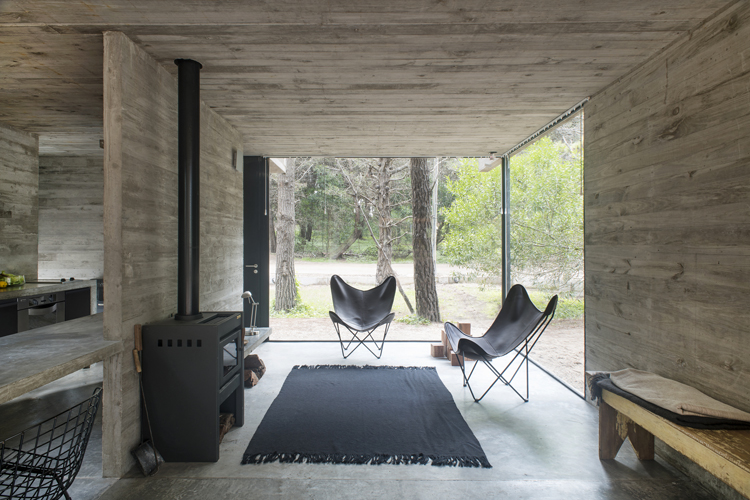 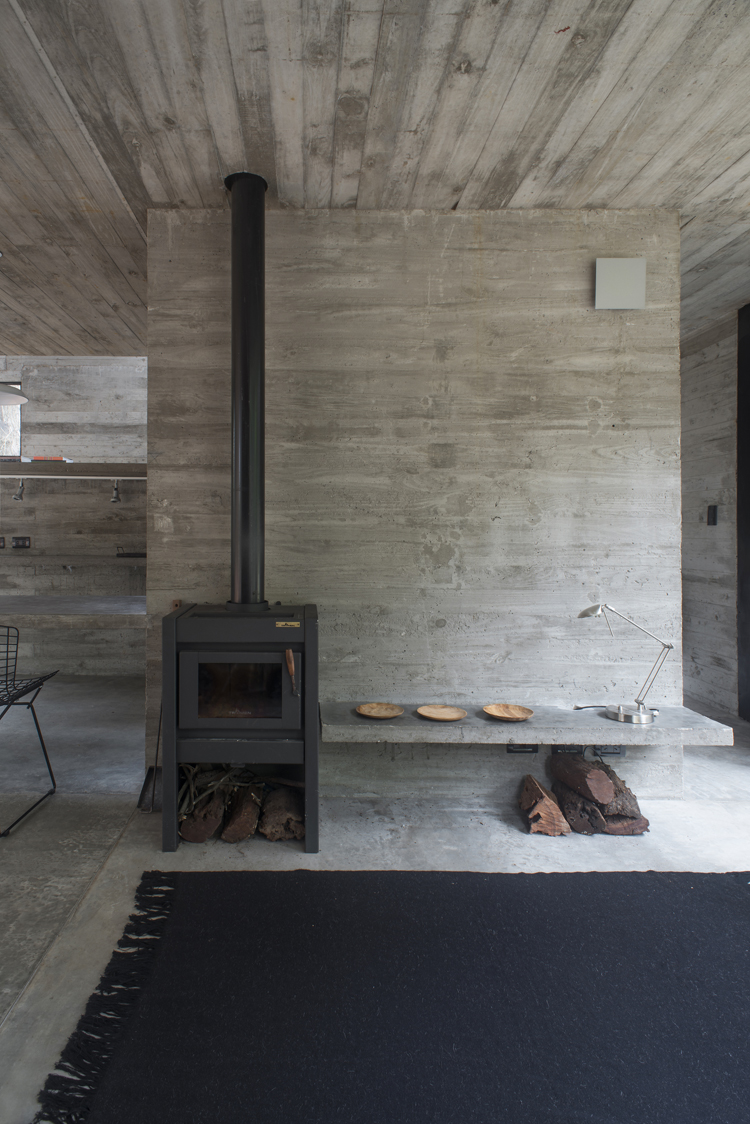 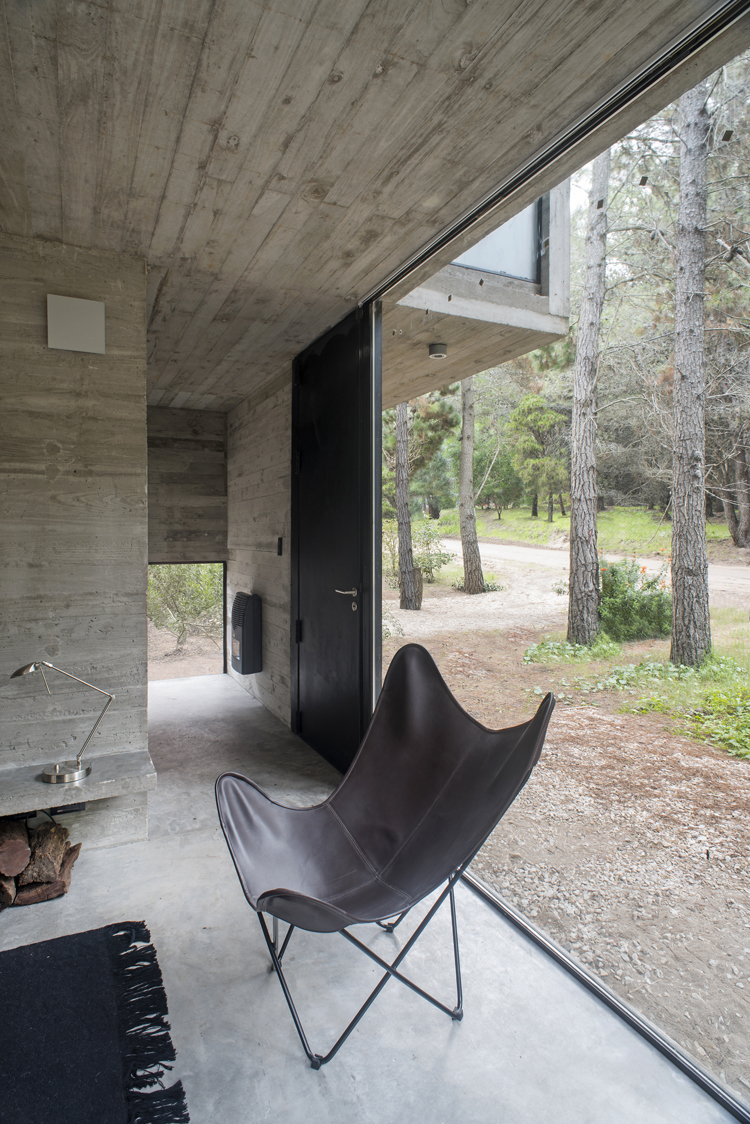 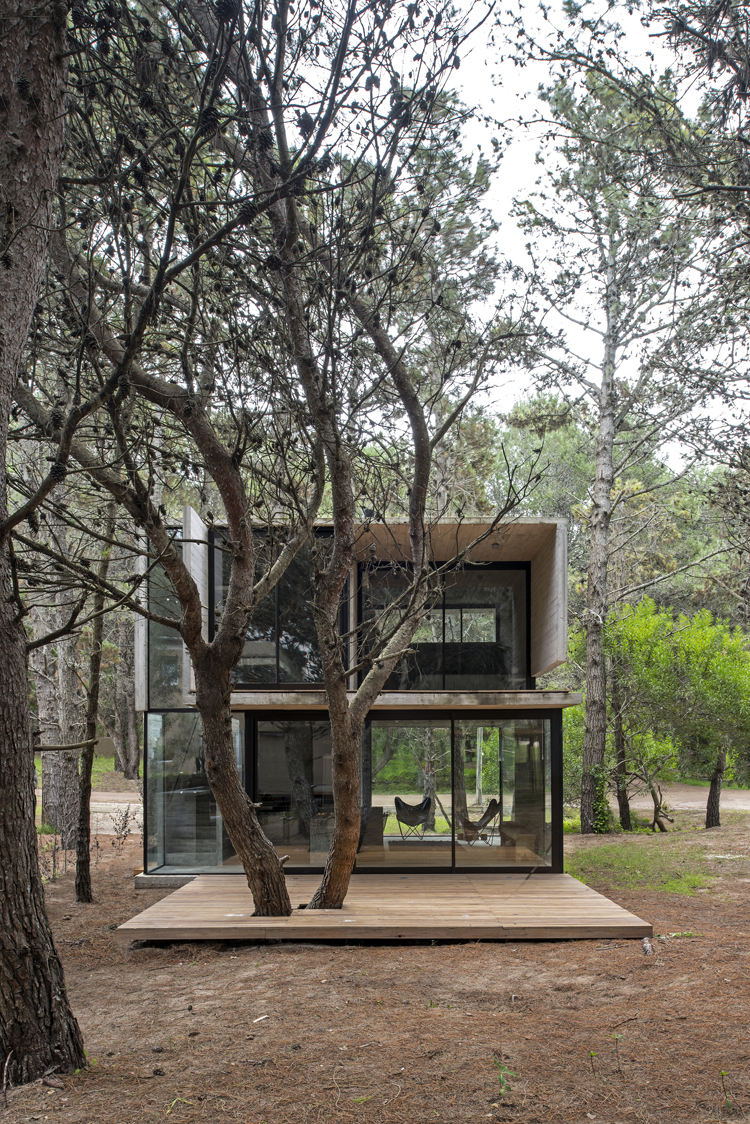 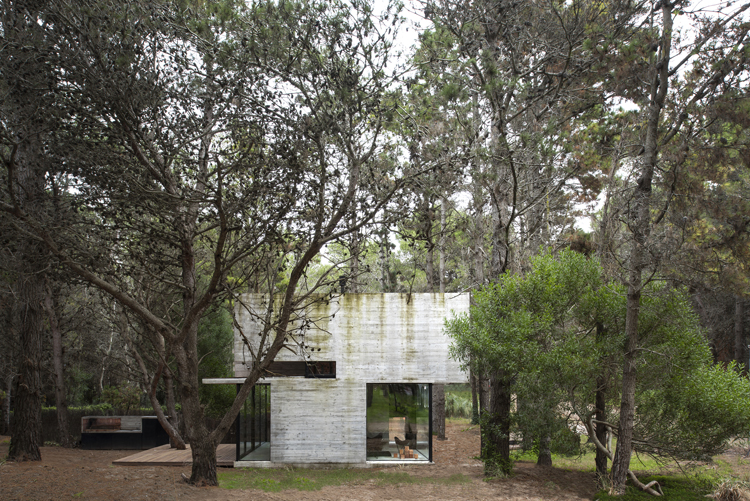 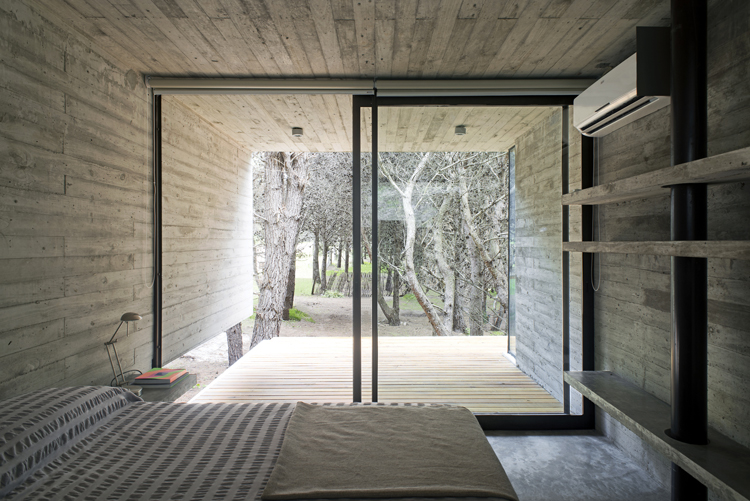 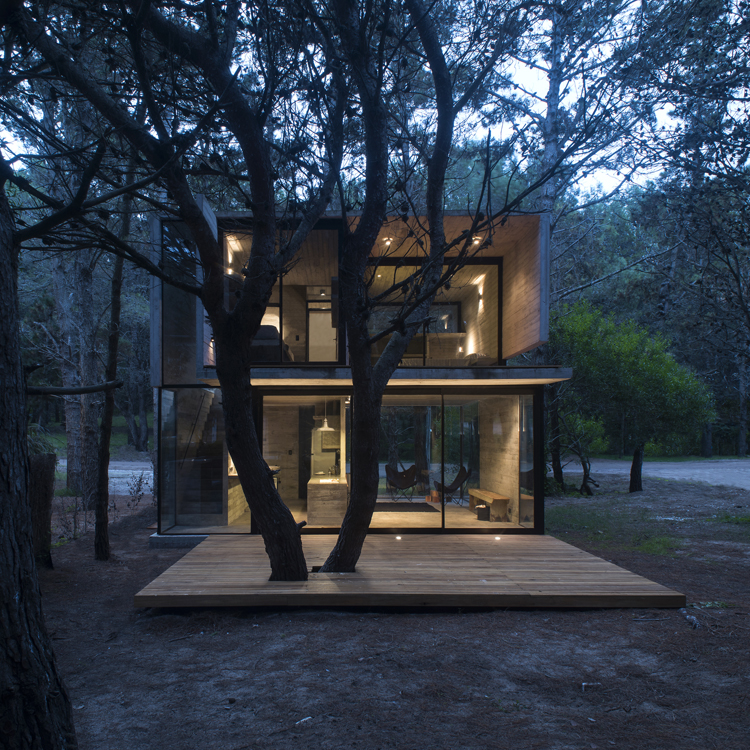